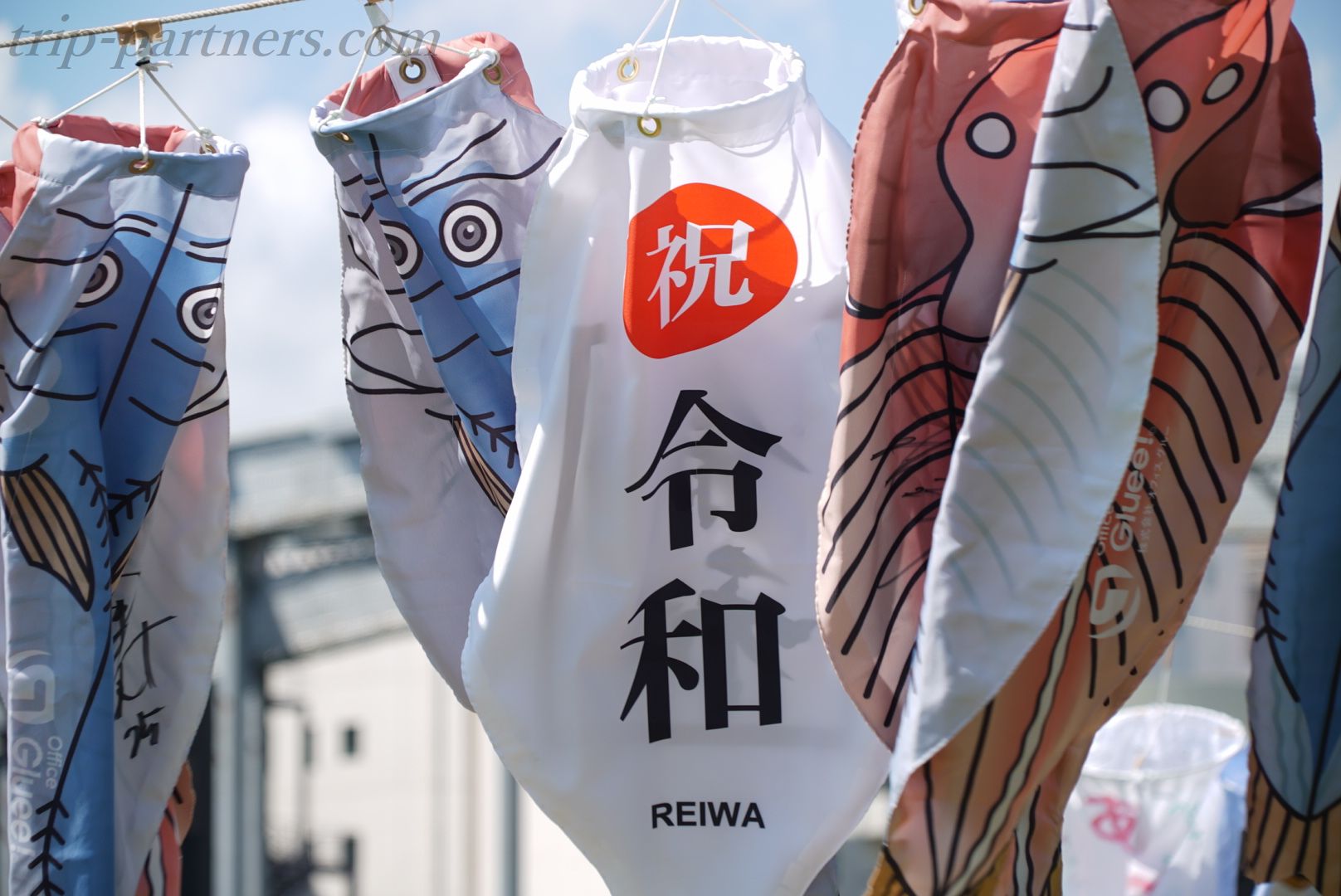 We walked the route introduction 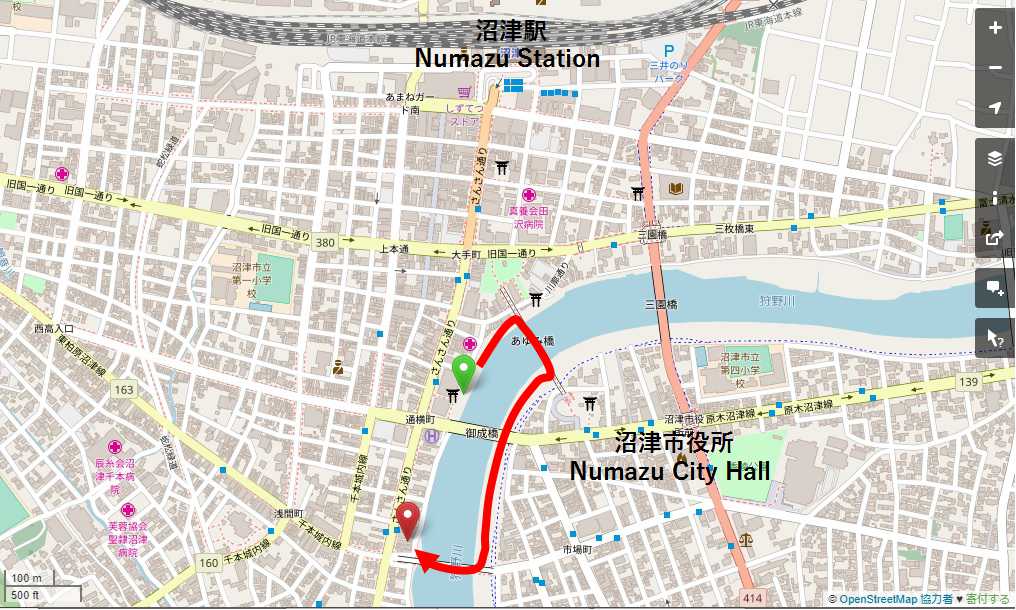 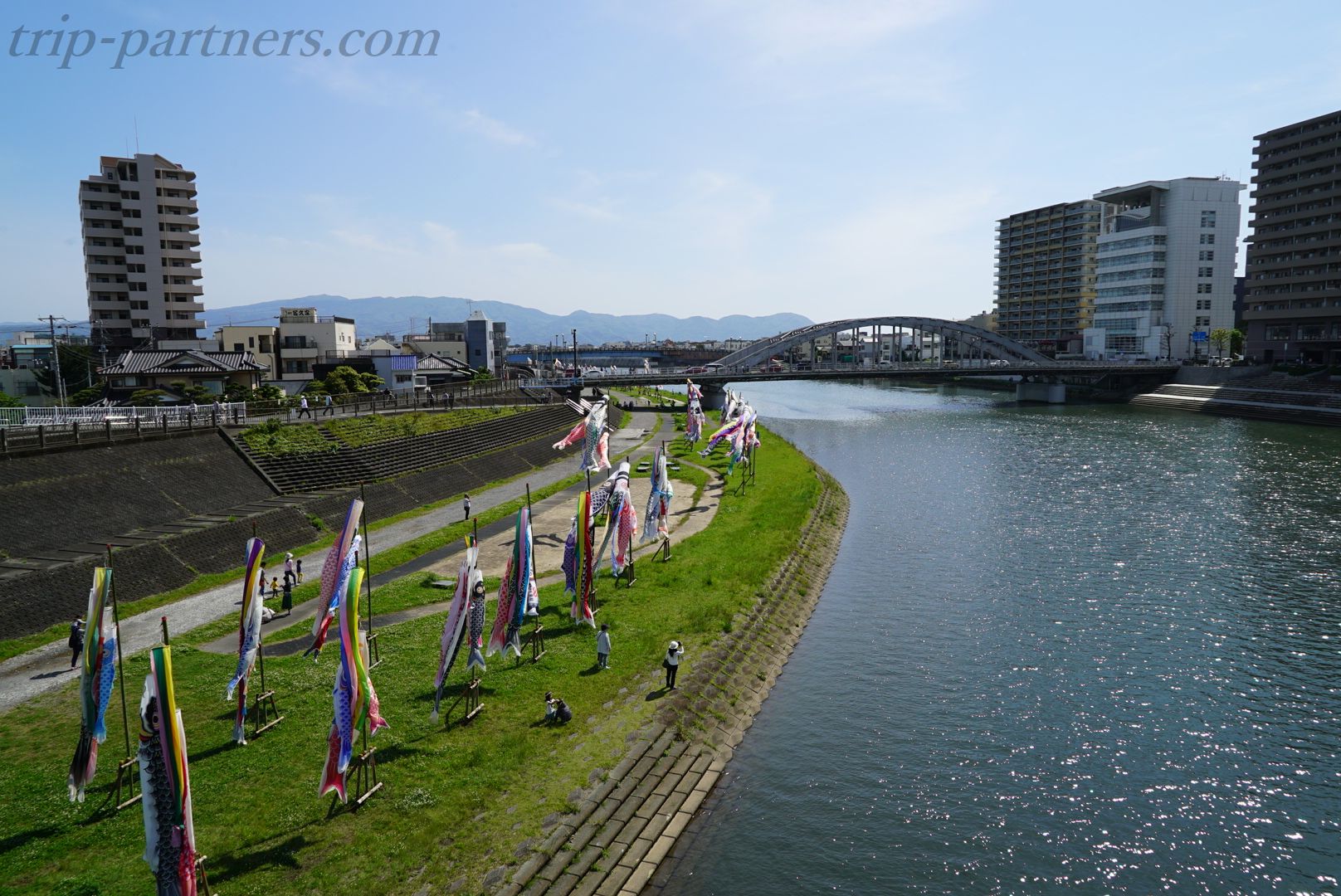 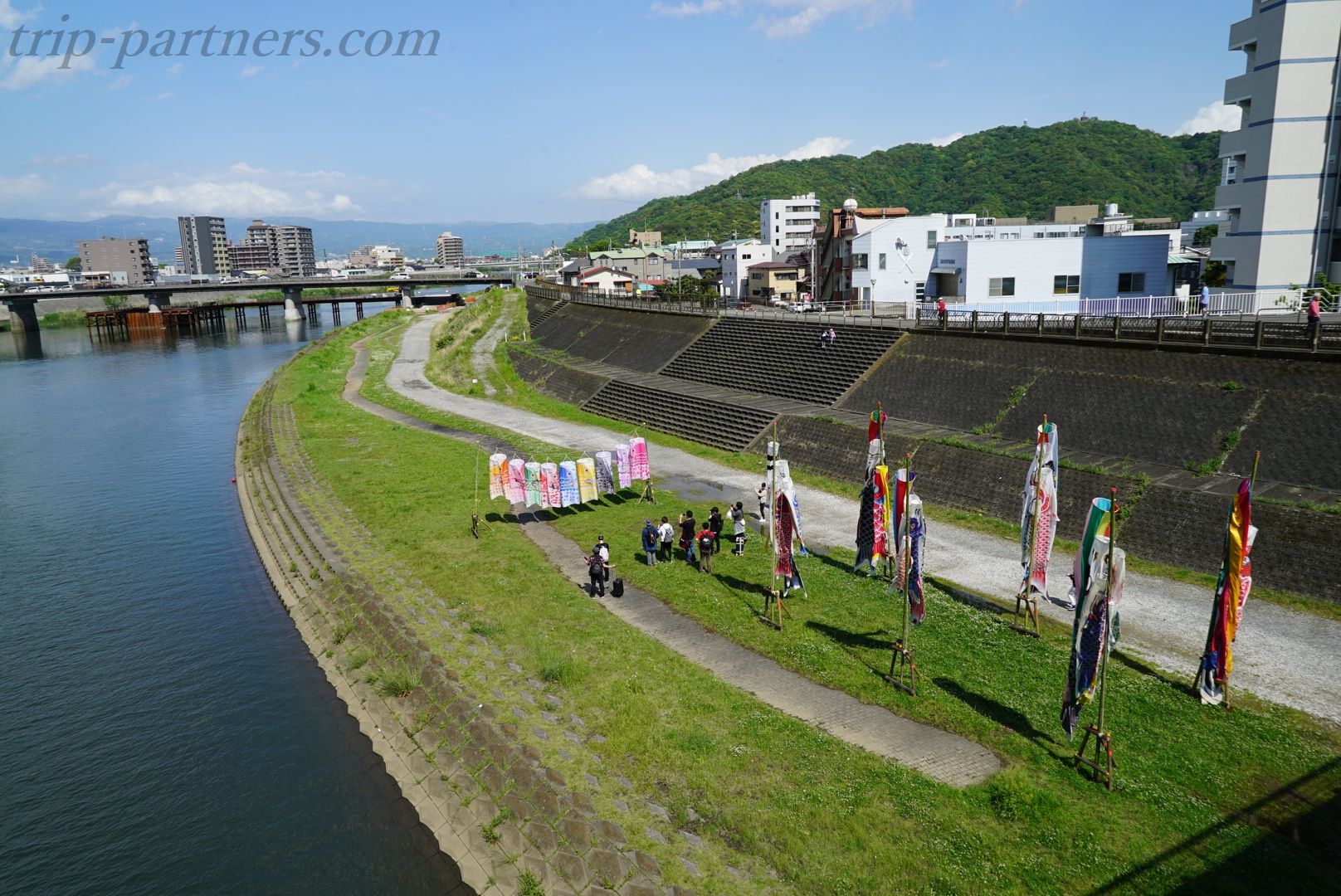 Onaribashi The people are gathering to something some of carp When I looked down at the opposite direction ...... 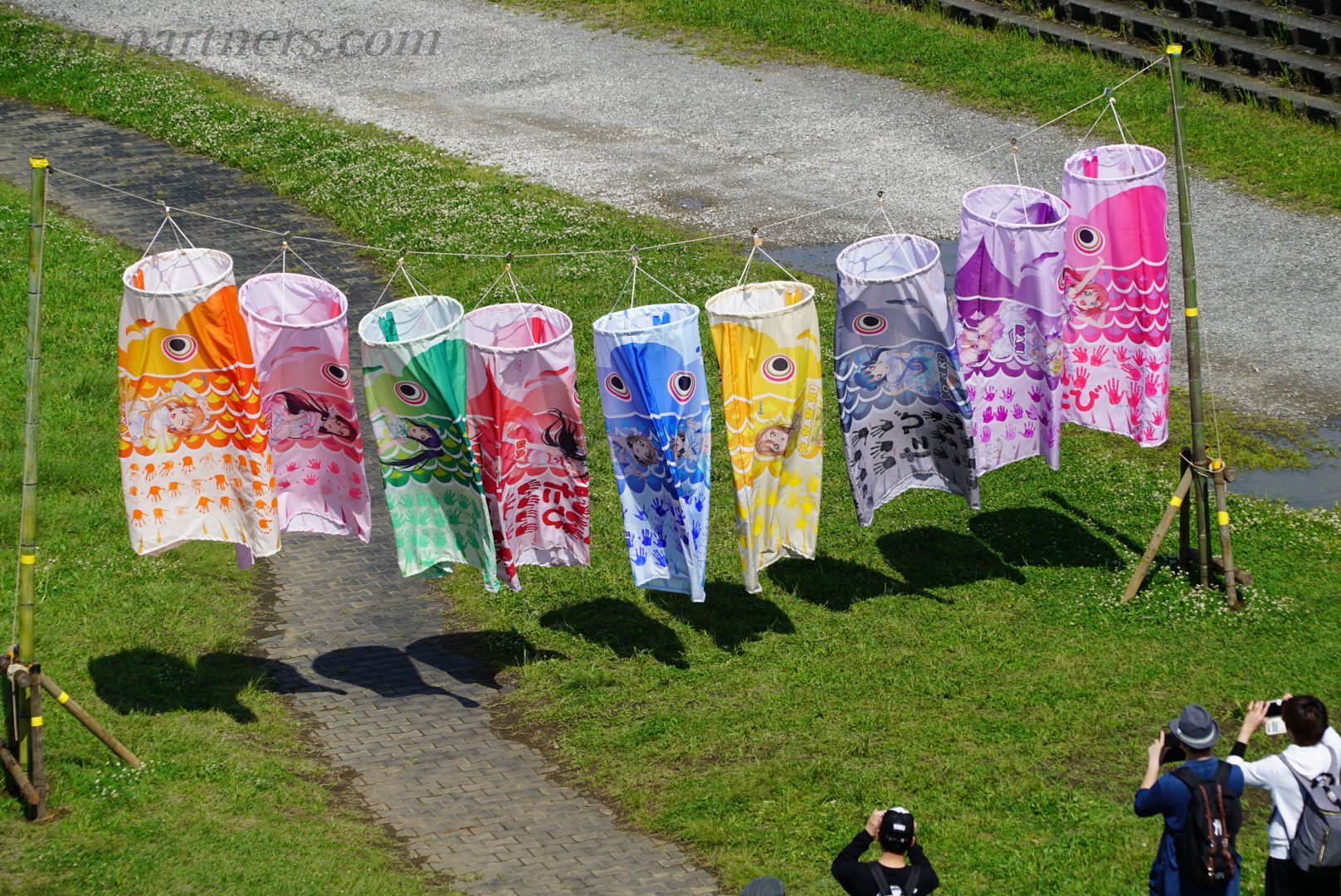 When I expanded。It is love live Sunshine。This array has been installed every year。Apparently became Sanmaibashi side of the opposite side this year to until last year had been placed in Hajikko of Eitai Bridge side。Come Even so, the people of fans every year。 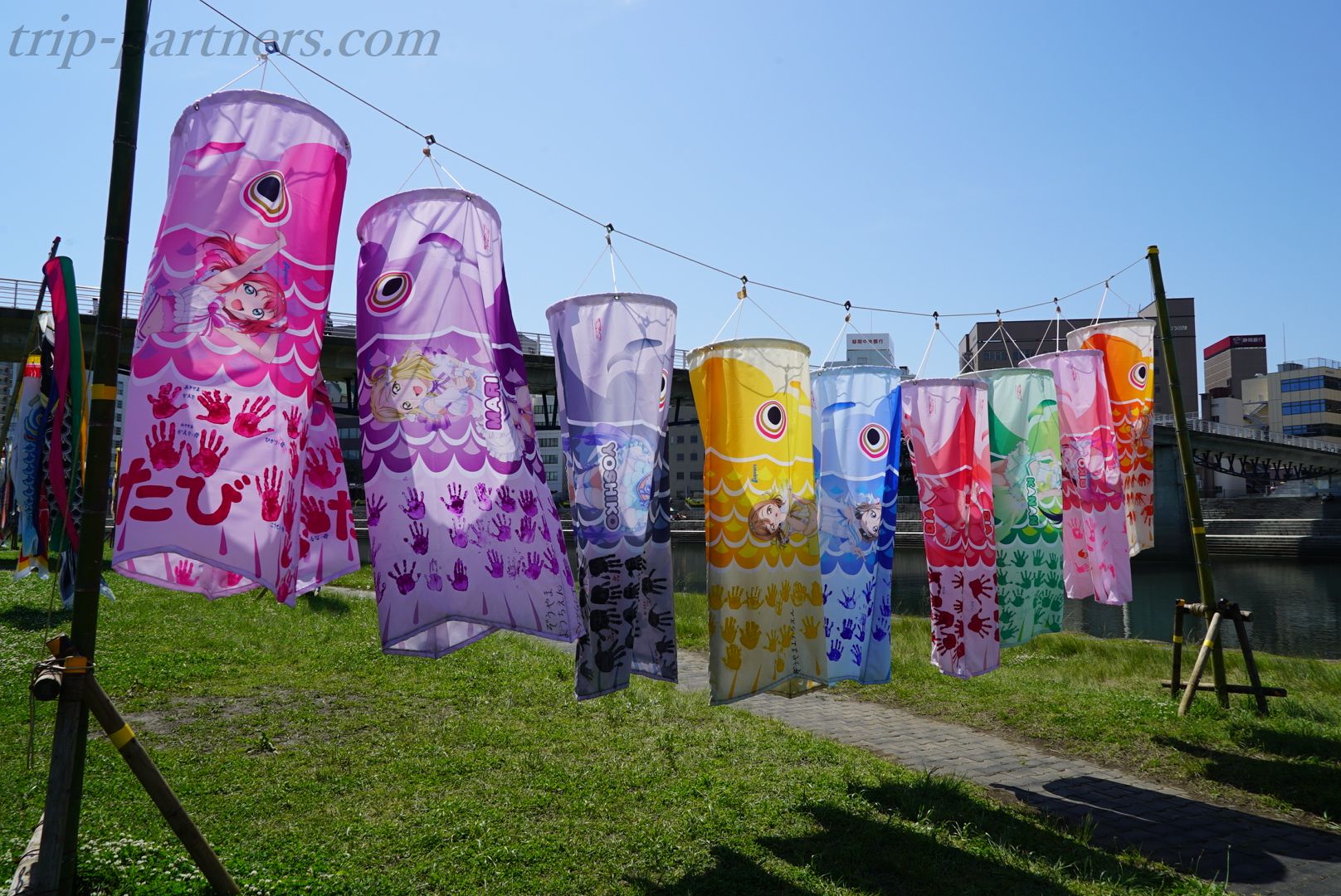 I tried to close down the riverbed。I'm every year, such the same thing、One to commemorate the History Bridge because back the first time。 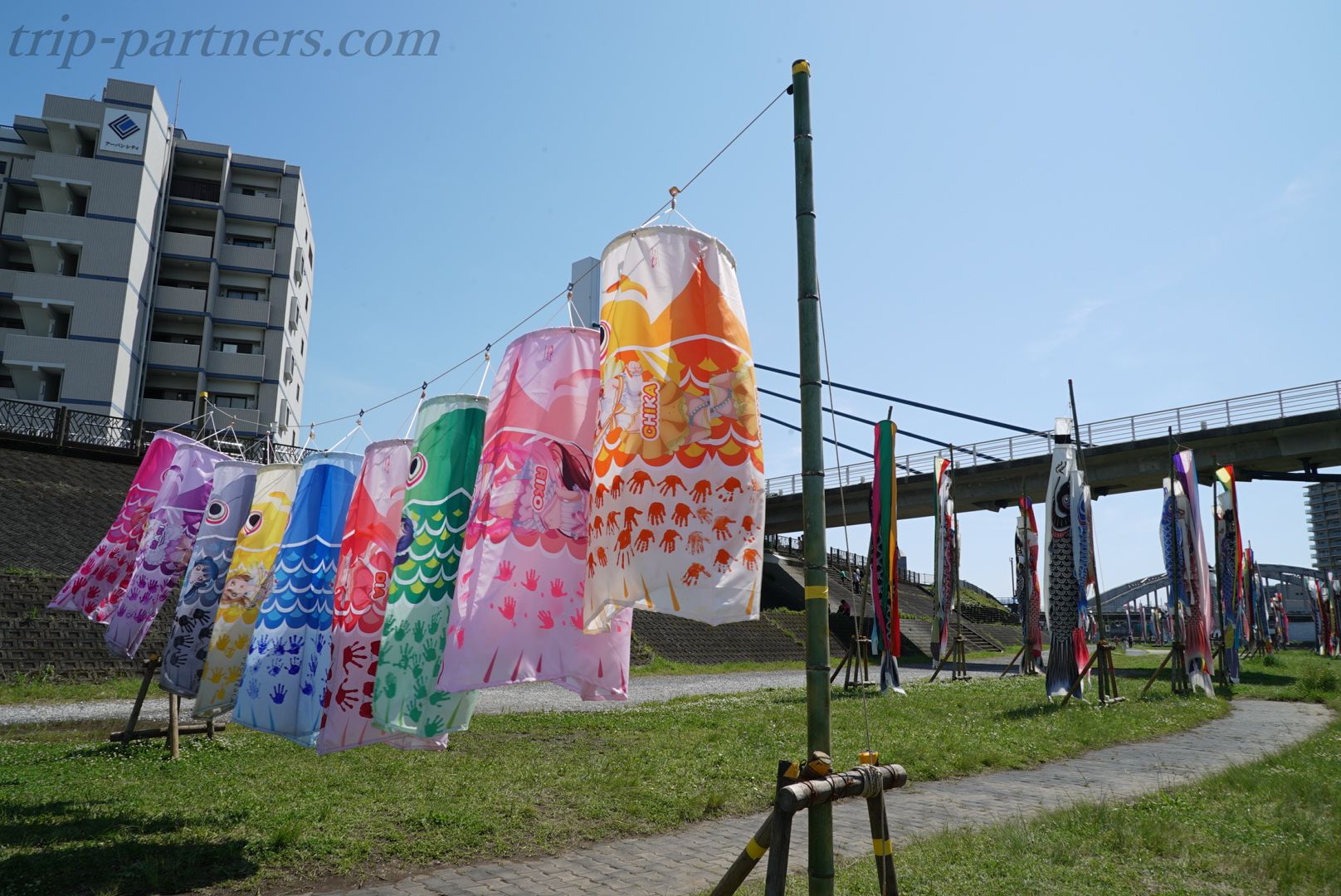 The along the riverbed toward the Eitai Bridge 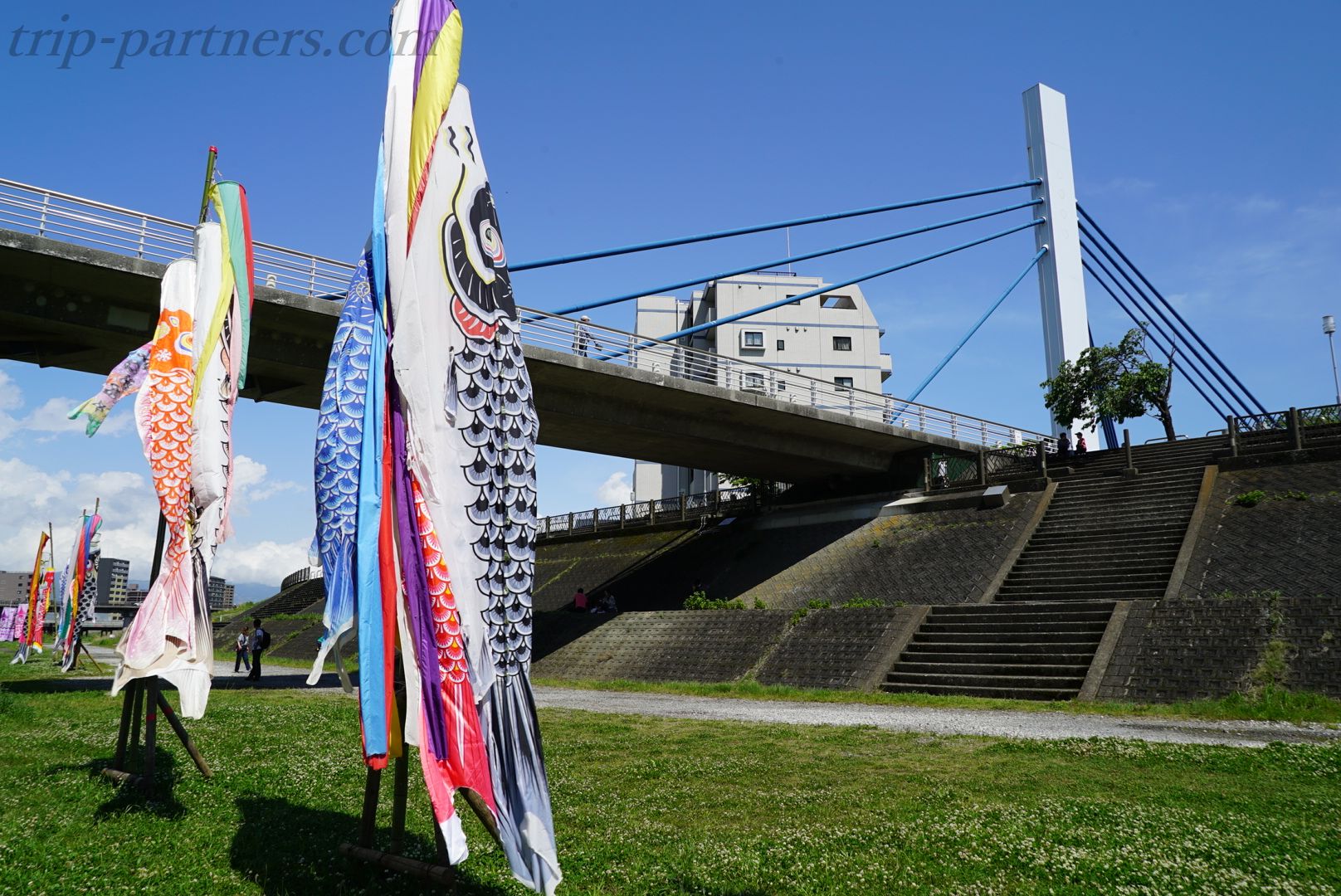 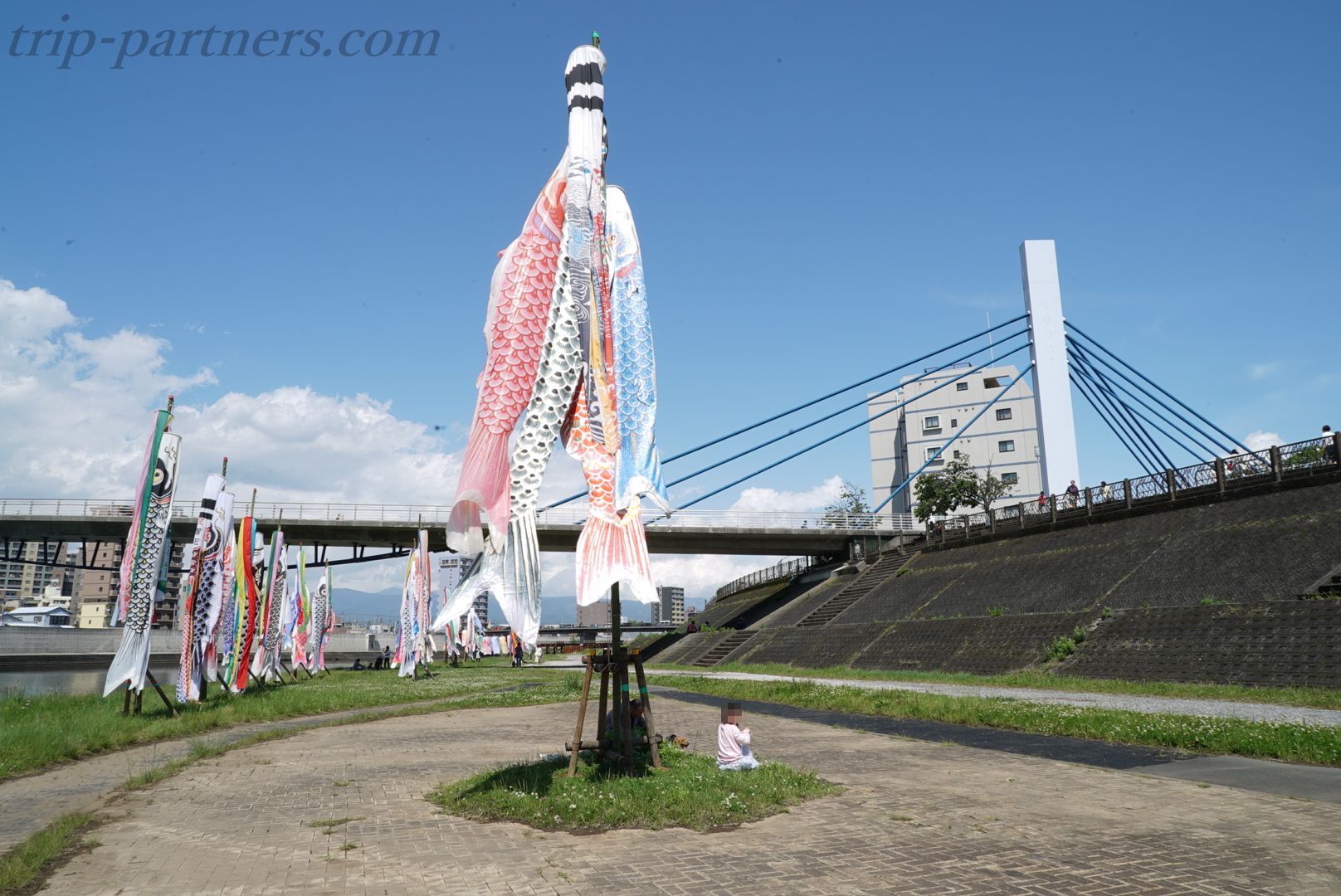 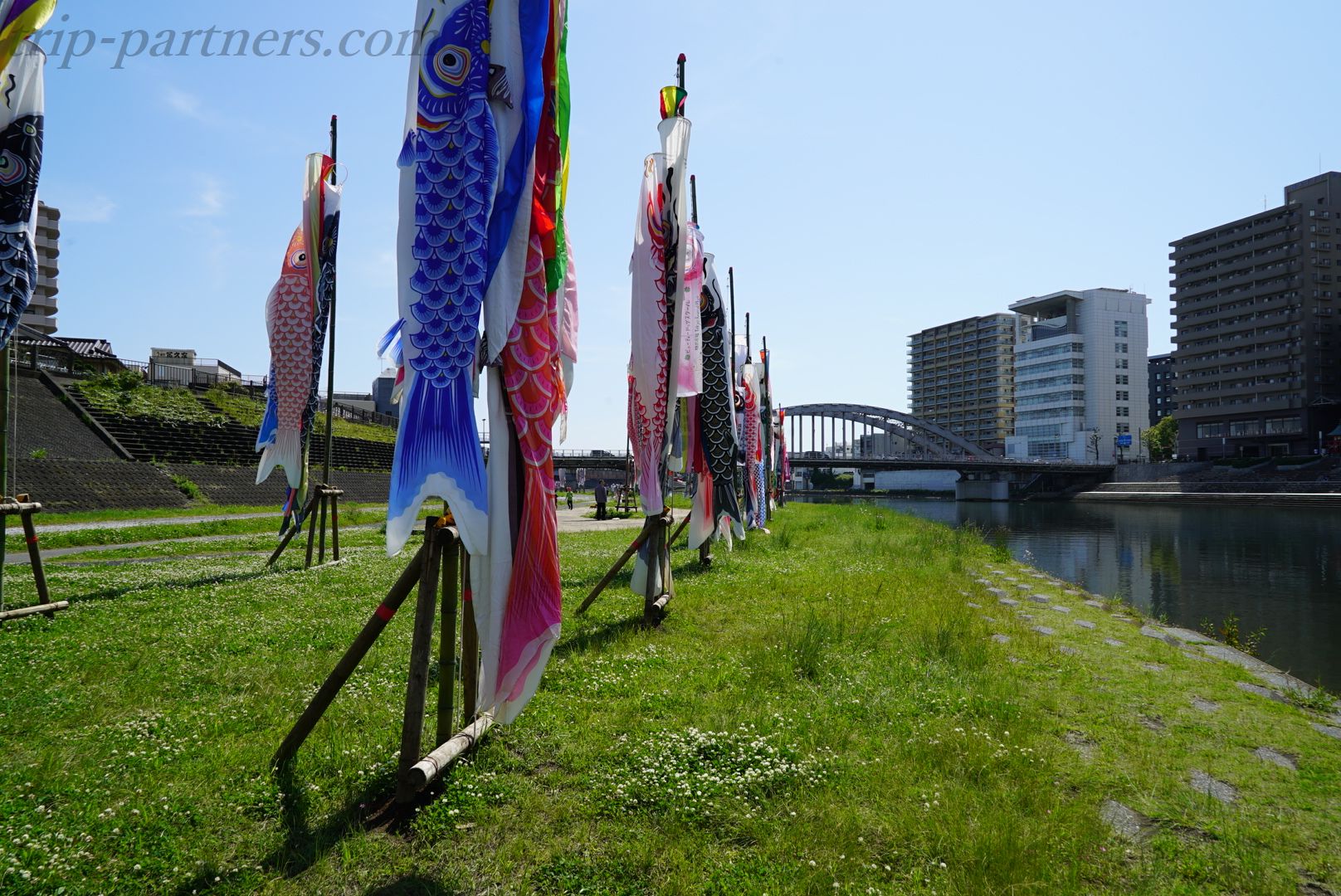 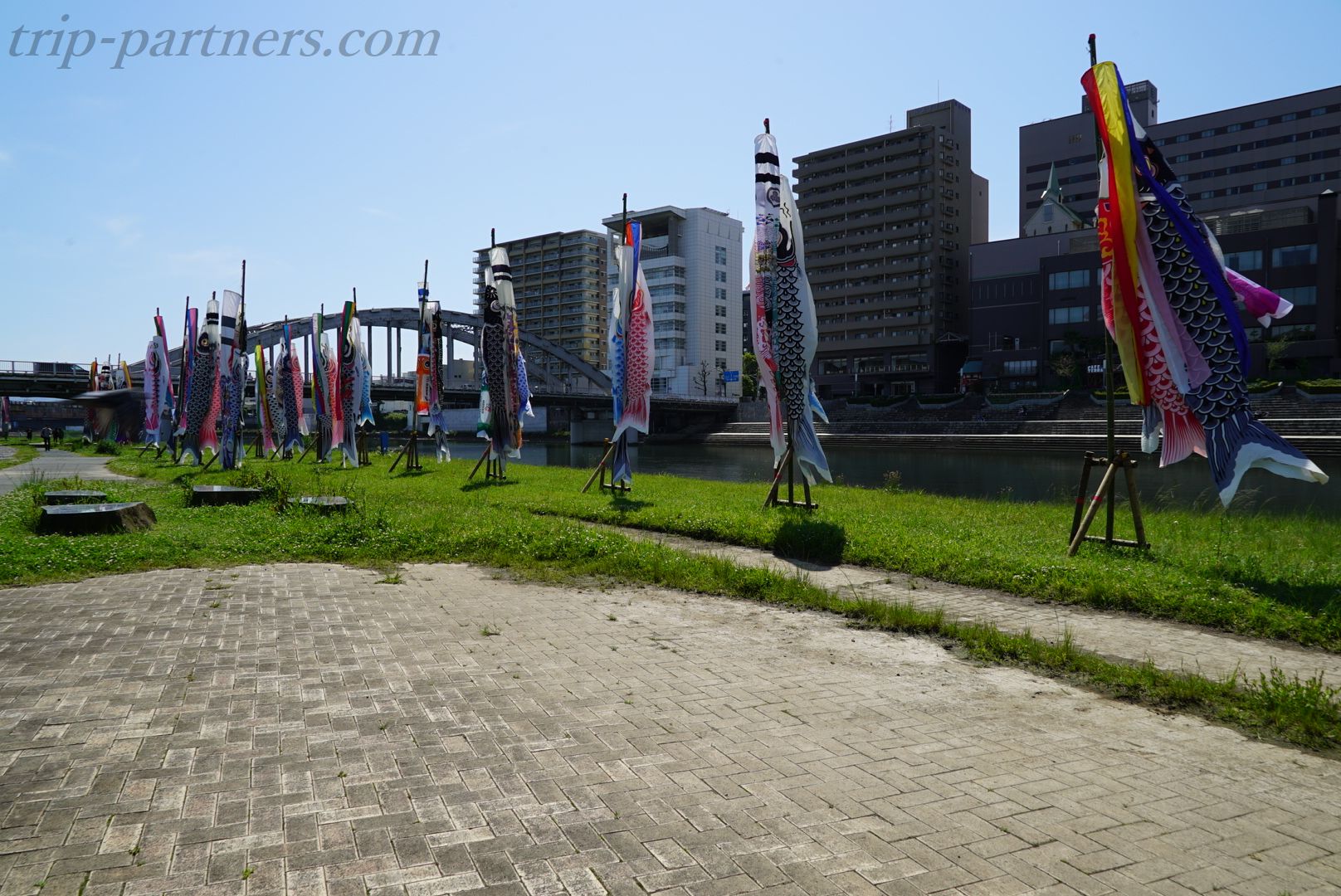 Carp who was in the back of the Riverside Hotel 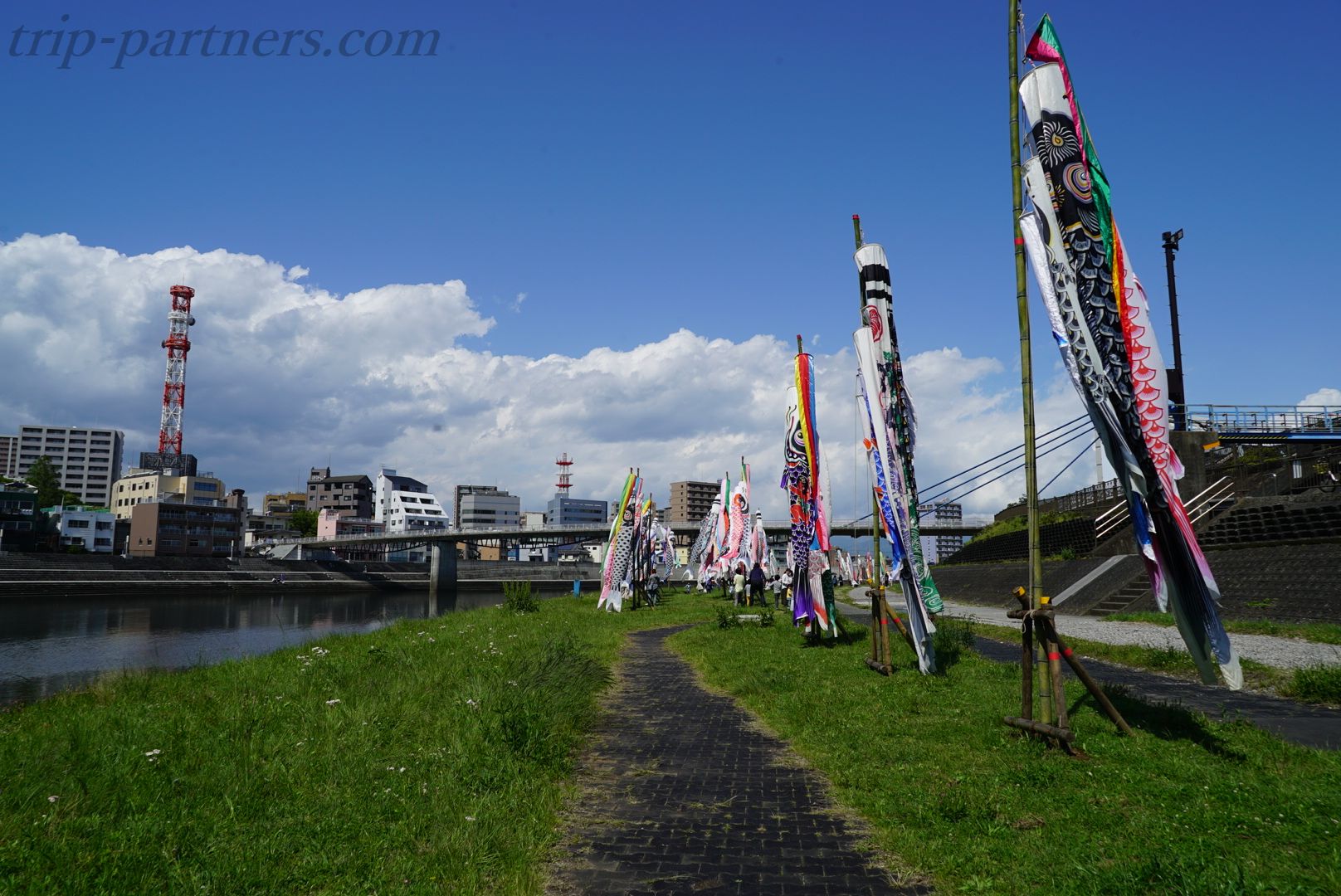 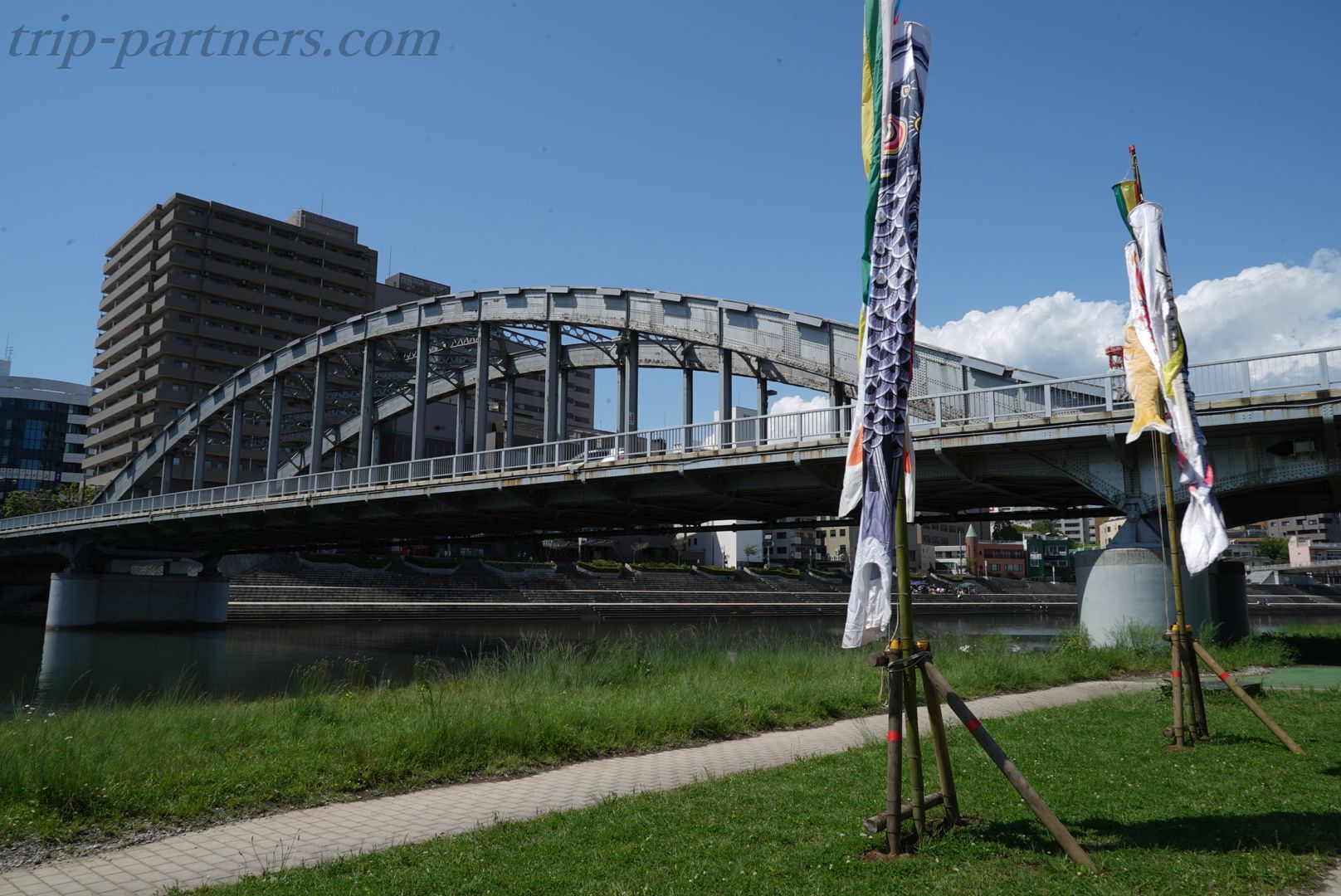 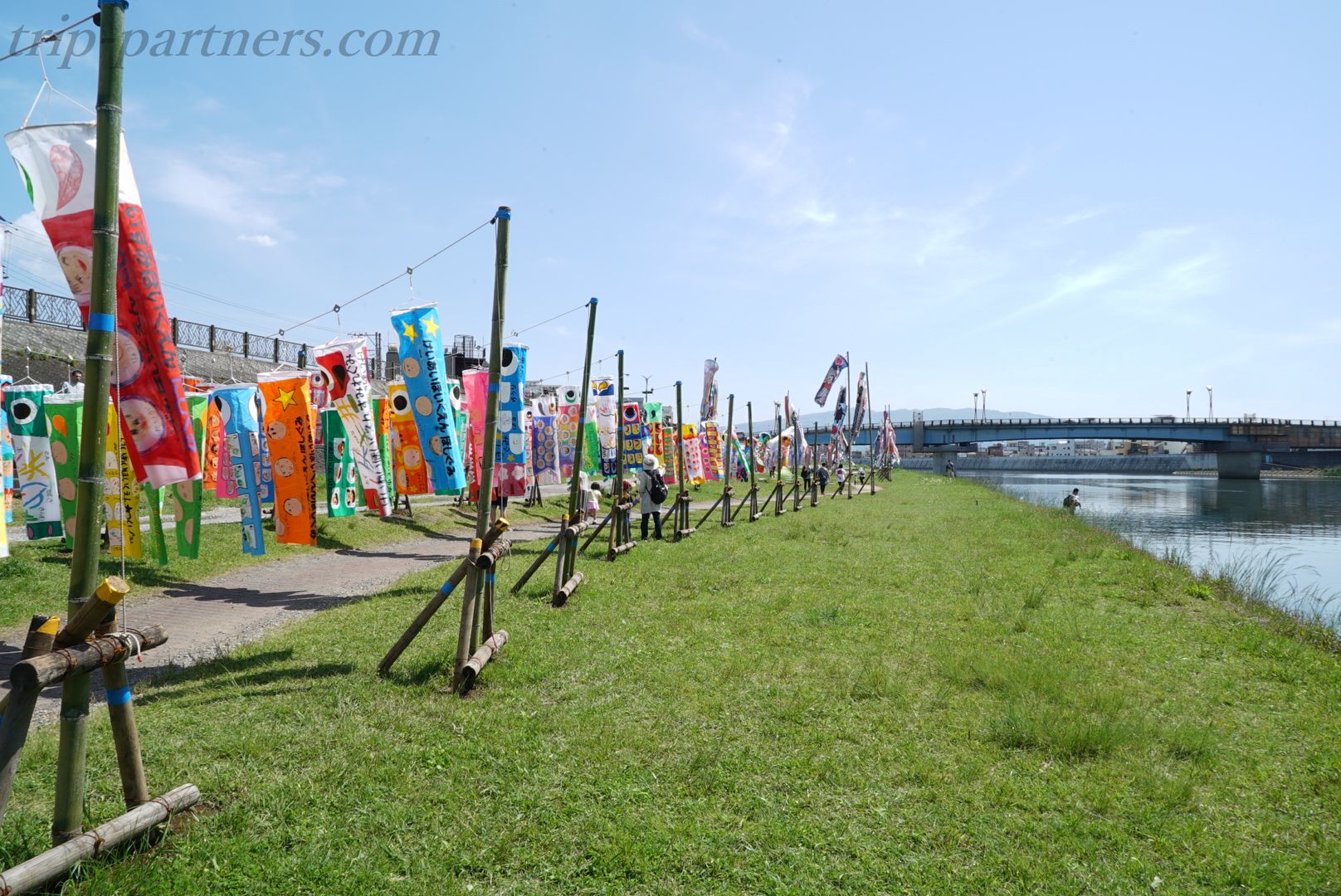 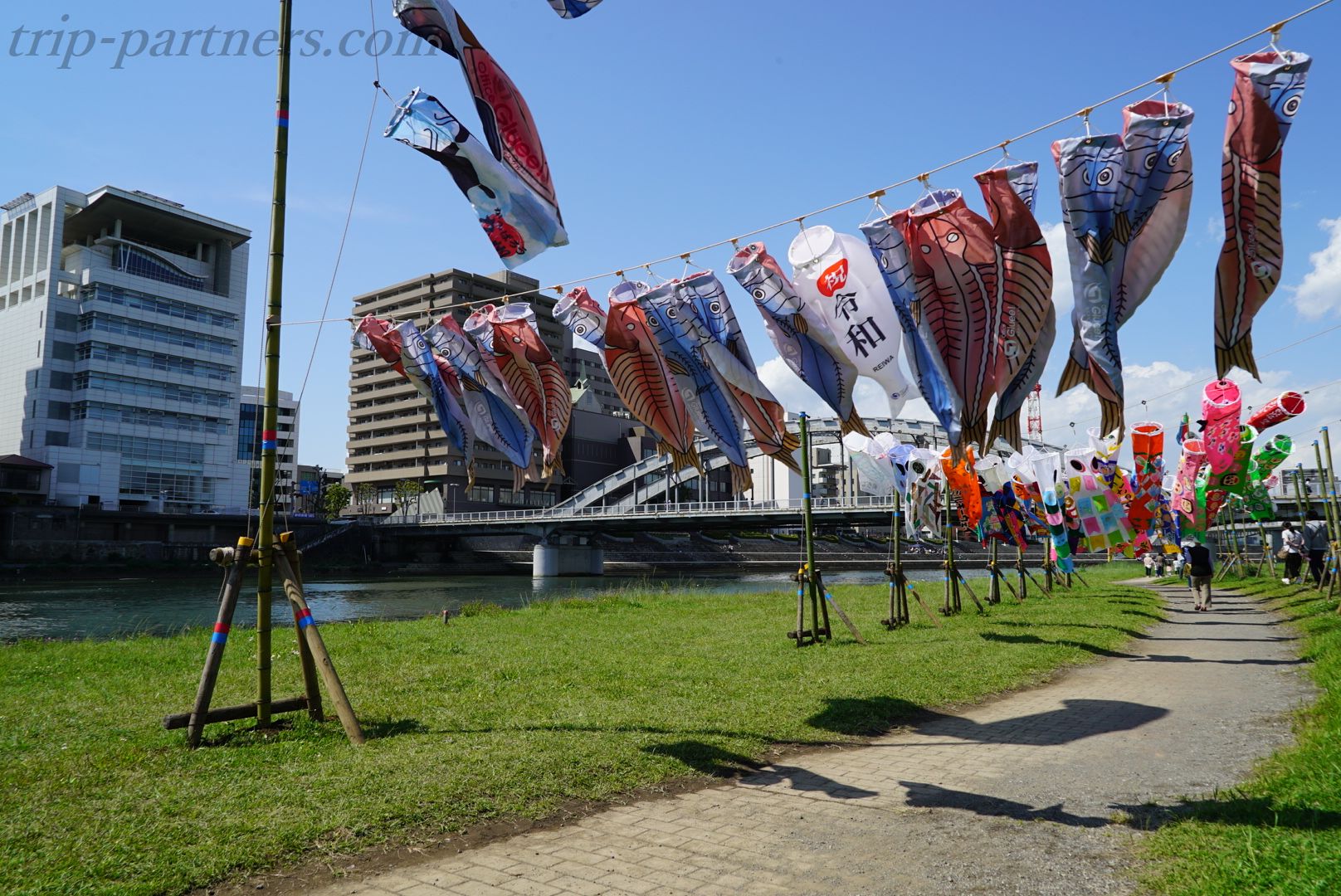 Funny carp discovered only last up to come and one type of arch! It's unusual even for me carp of dried fish、The white one is a concern of the middle that。 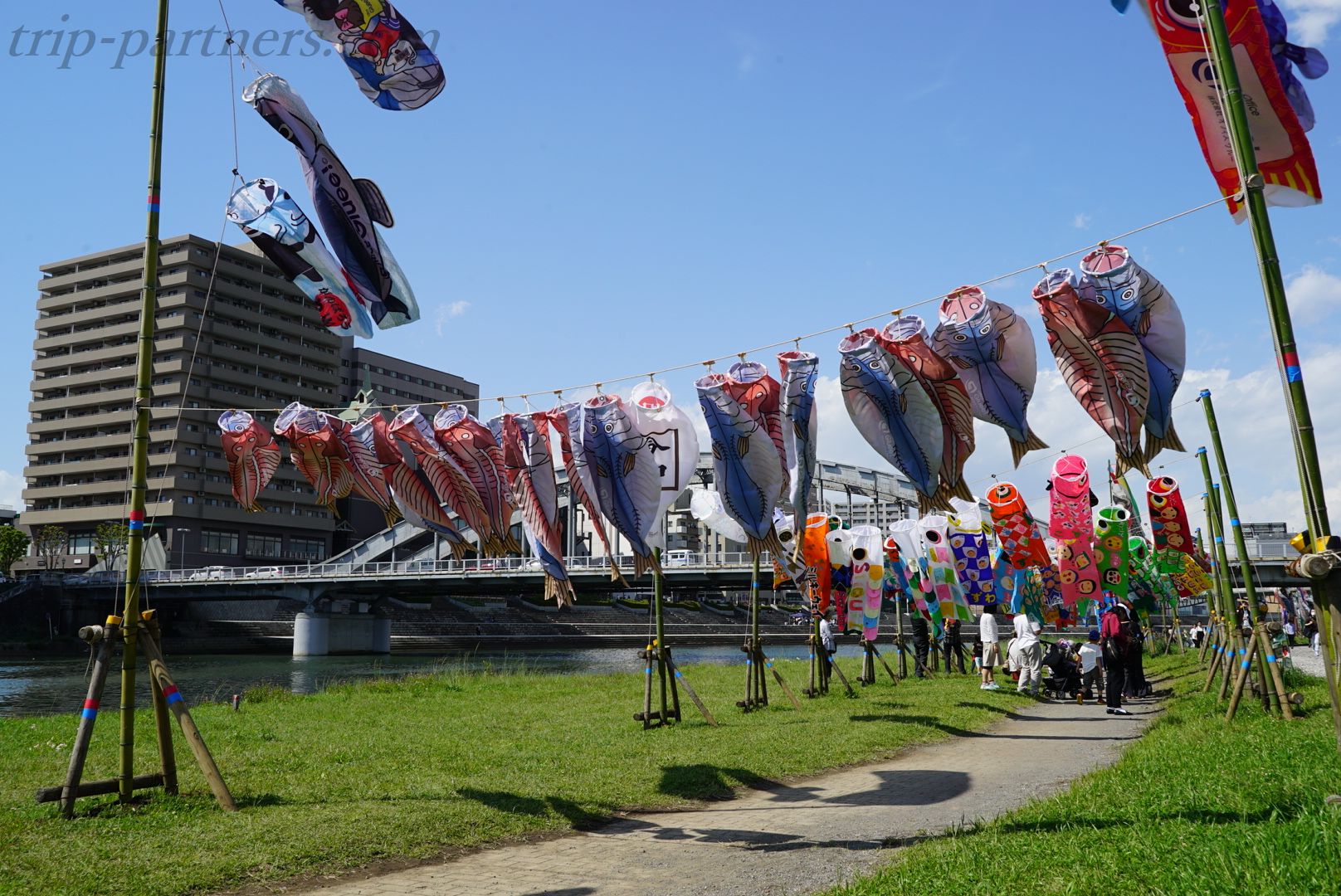 Celebration Ryowa REIWA! I feel Tteyuu became the new era did not Waka middle people this year、I will remind you that I was changed era and see this kind of a 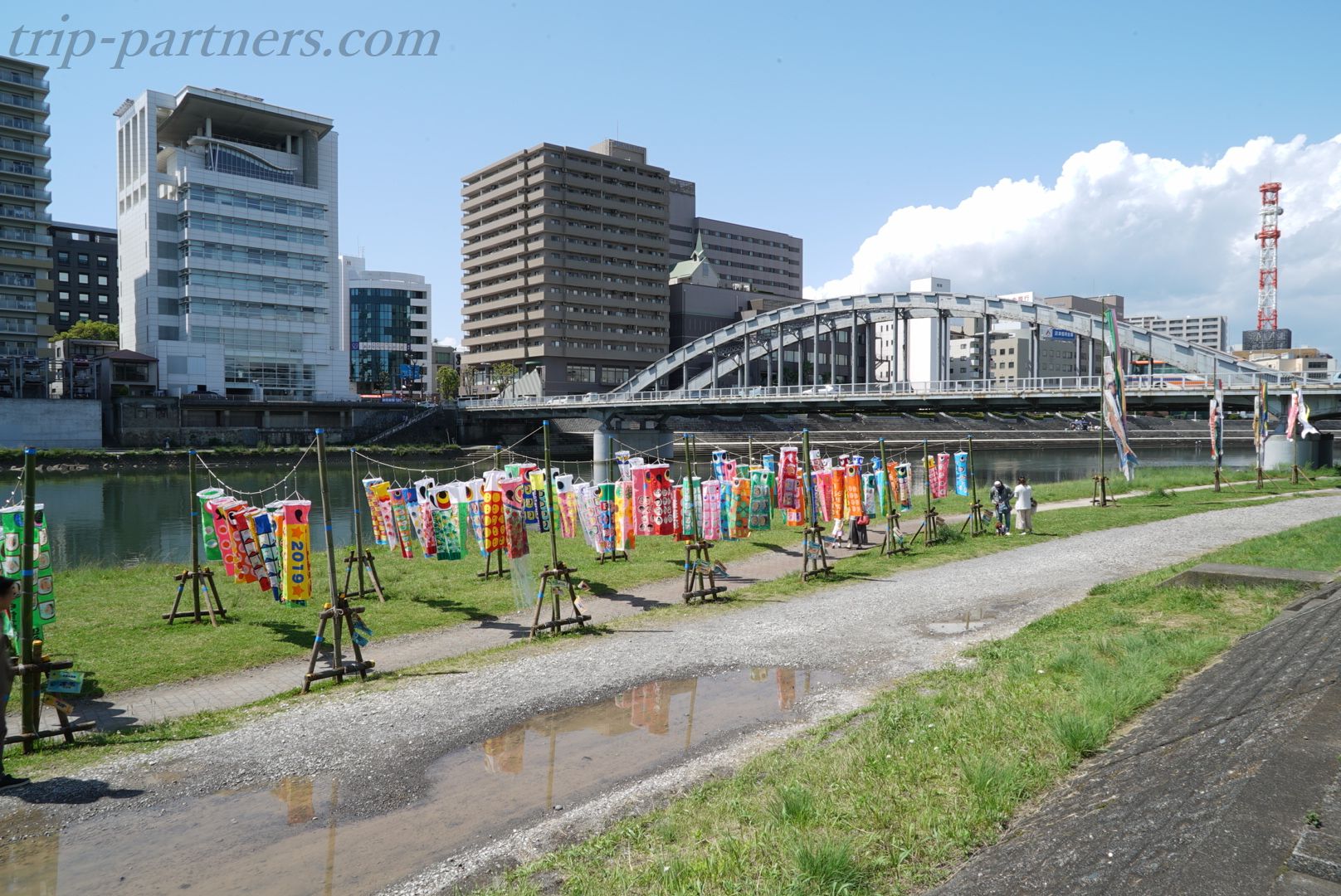