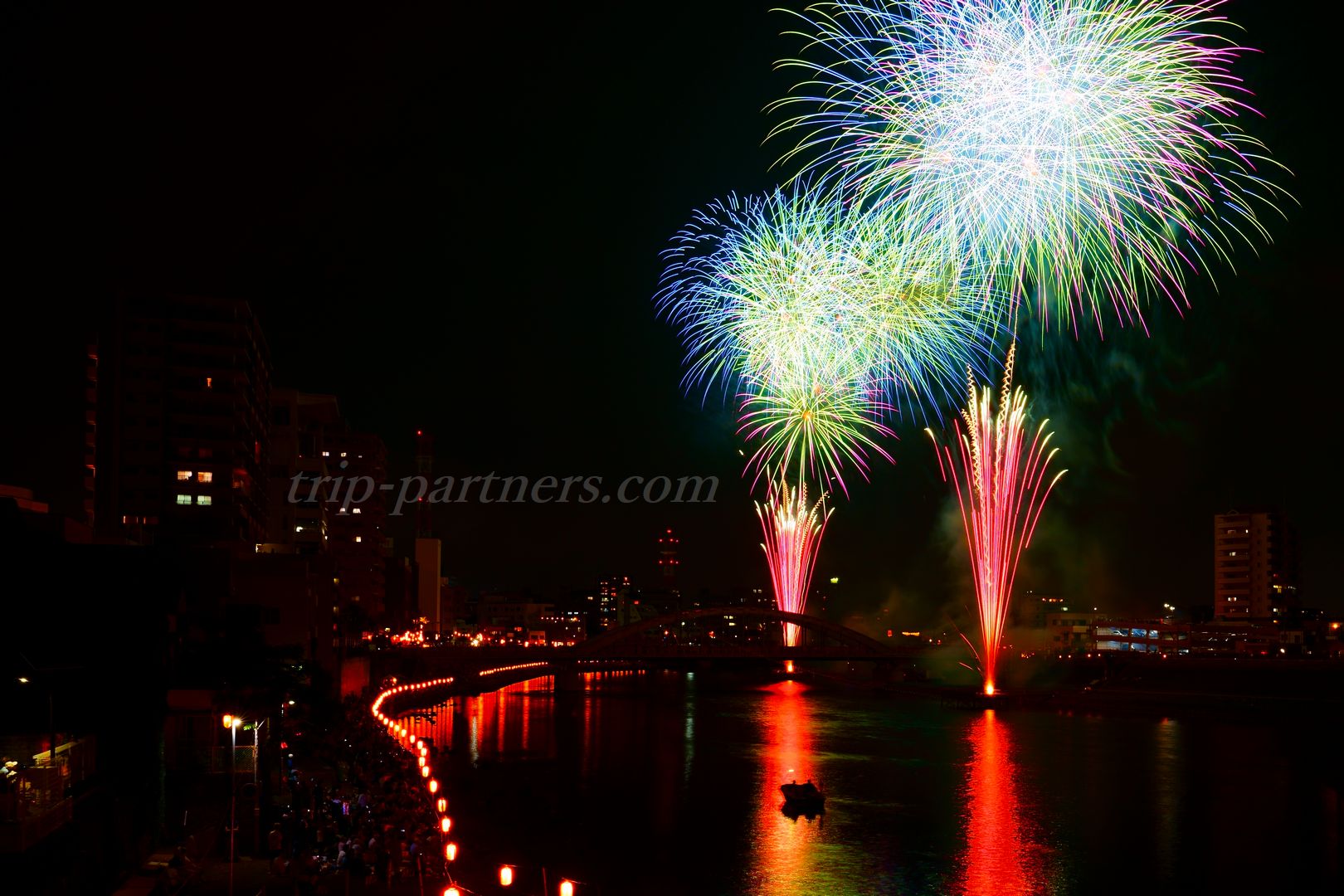 2019Carried forward on Monday for Saturday the typhoon year of Numazu summer festival。for that reason、The morning of the event scheduled Saturday has become canceled。That it ...... so it does not come a person be Dashimono on weekdays during the day、The morning hanging out and walking the Numazu Port、After that was relaxing in laid back and the house to begin the fireworks。

Let's immediately introduce a photo of fireworks since it is not even the way to lengthen the preface。It should be noted、State of the previous year of fireworks "2018Love live also year Numazu Summer Festival, Kano River fireworks display - this year! ~"The。I realize their own growth Looking at the photo of a year ago(Lol) 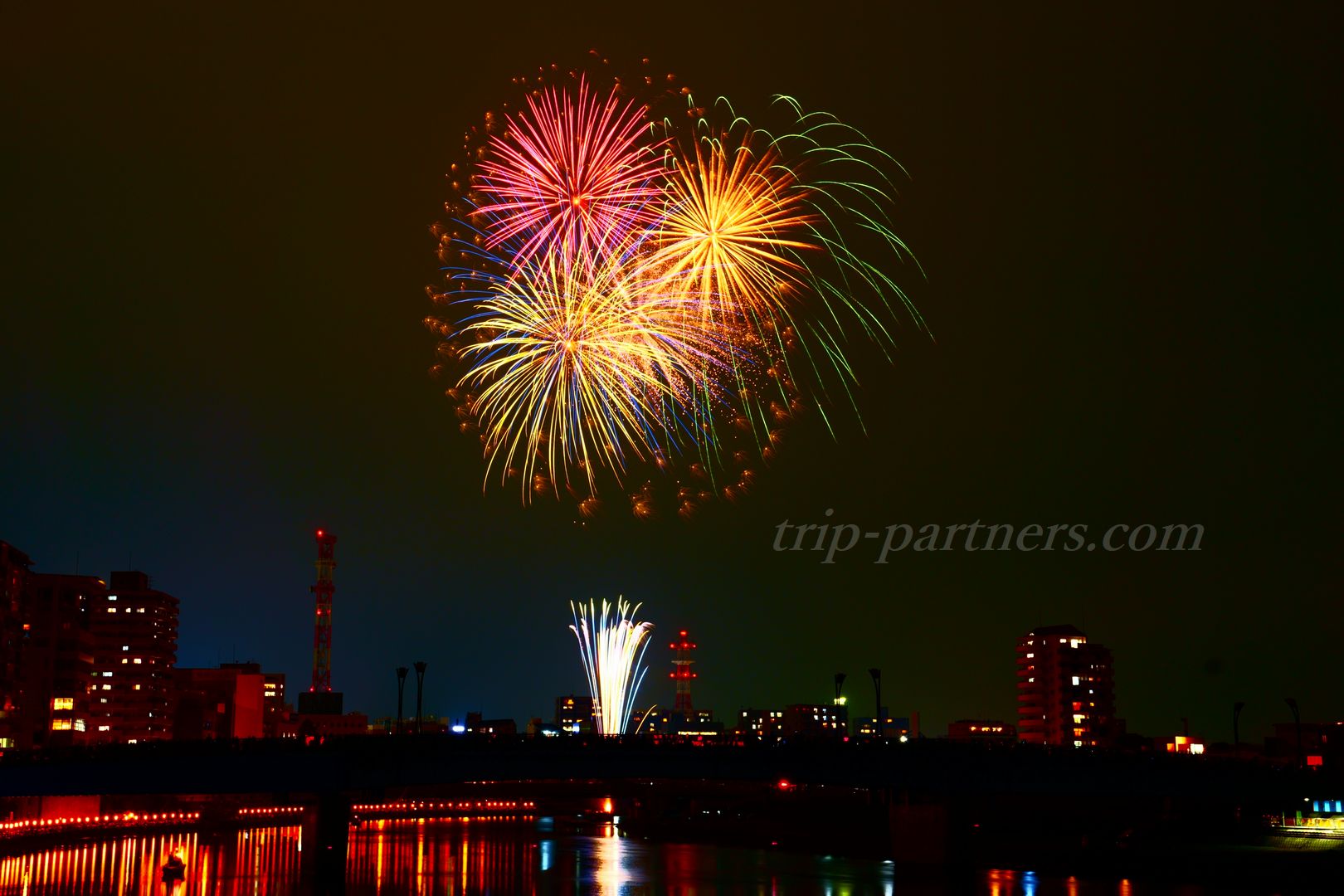 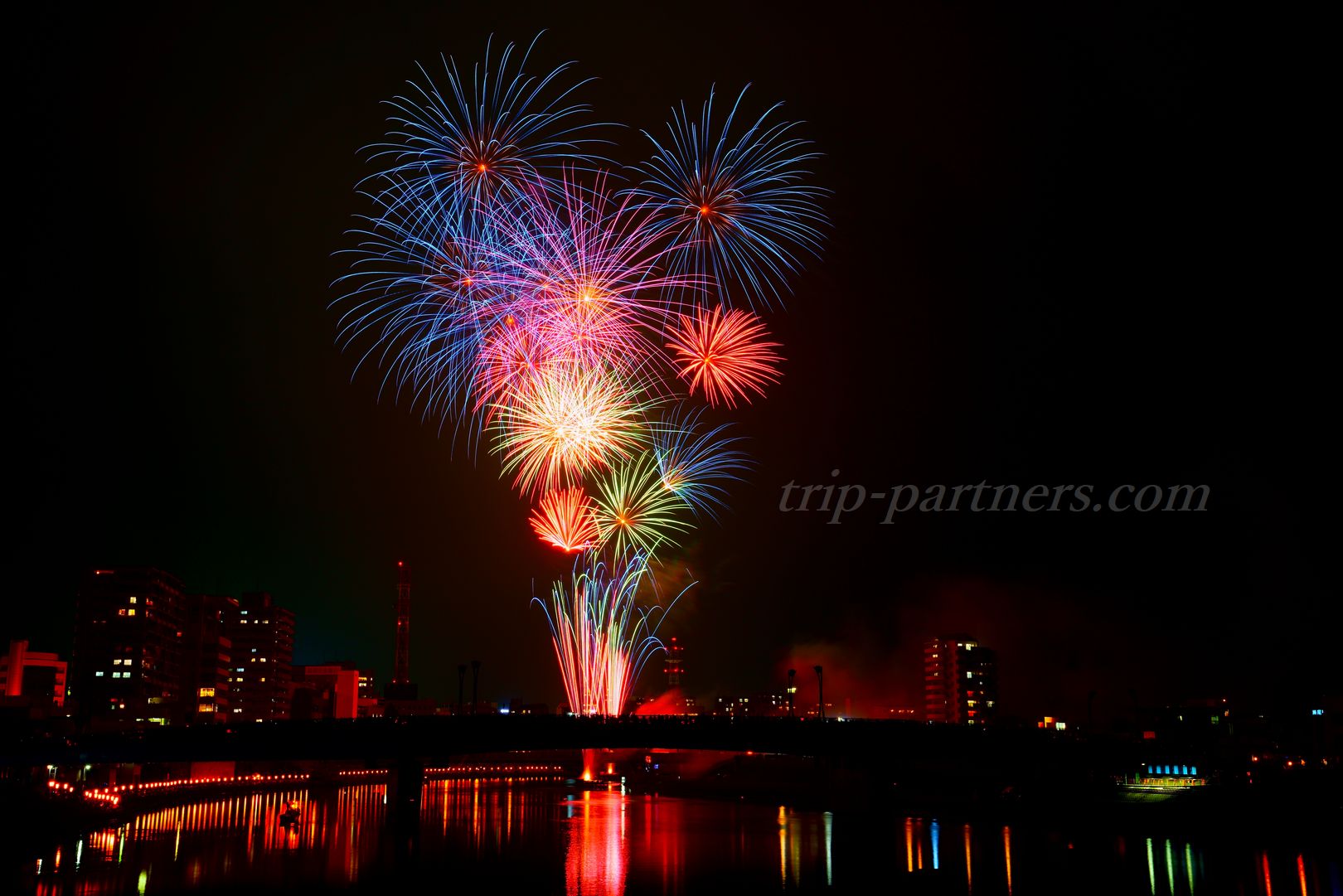 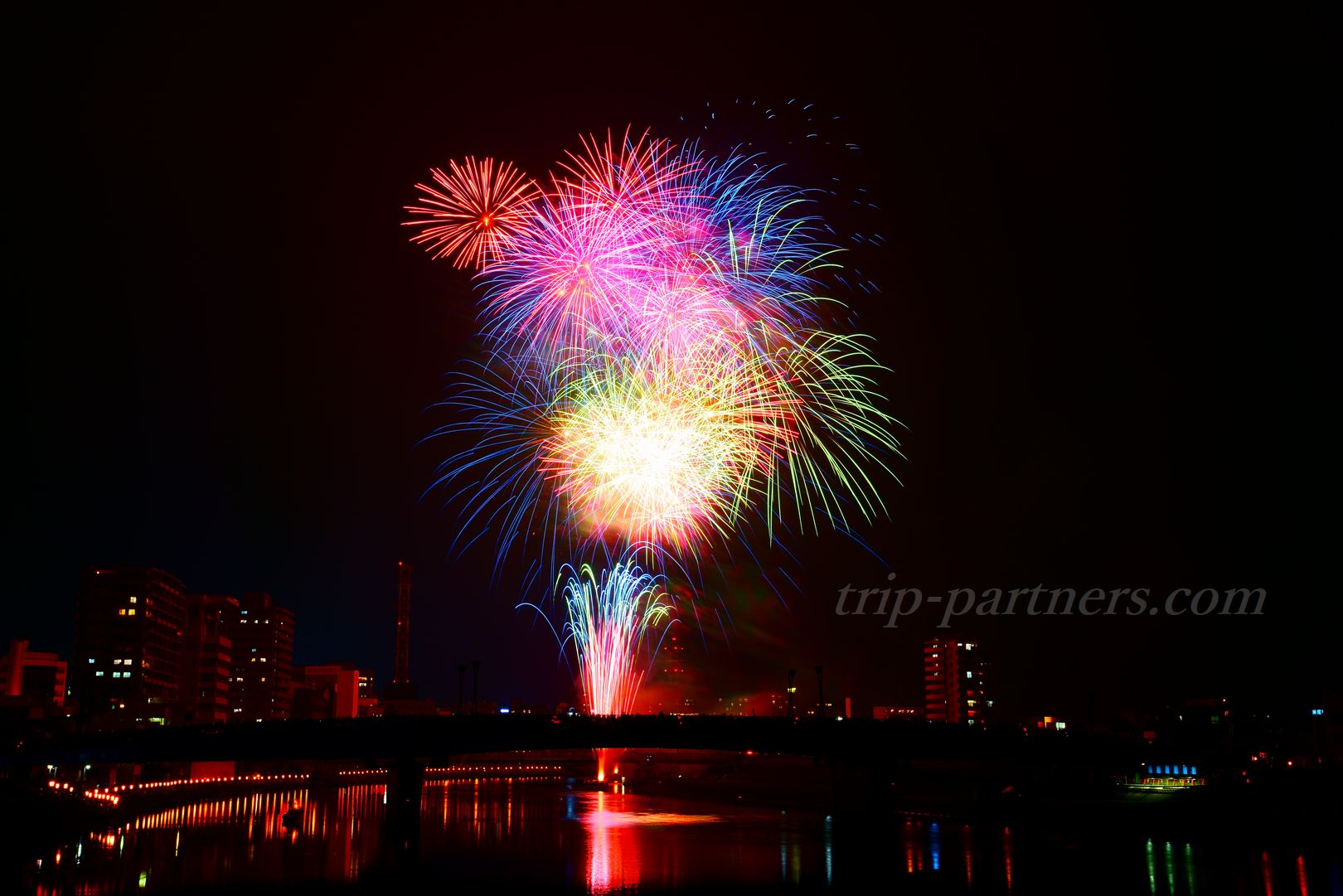 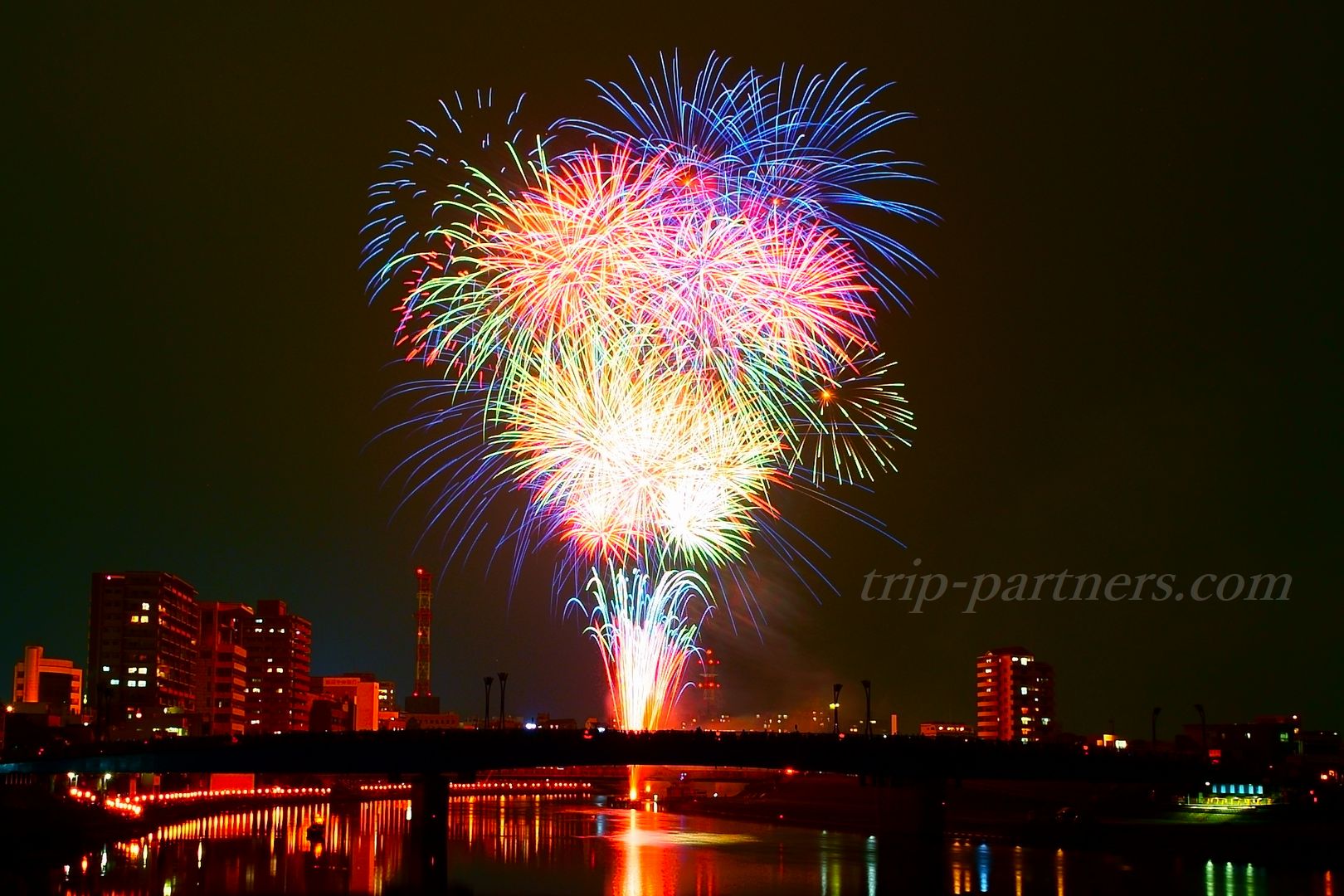 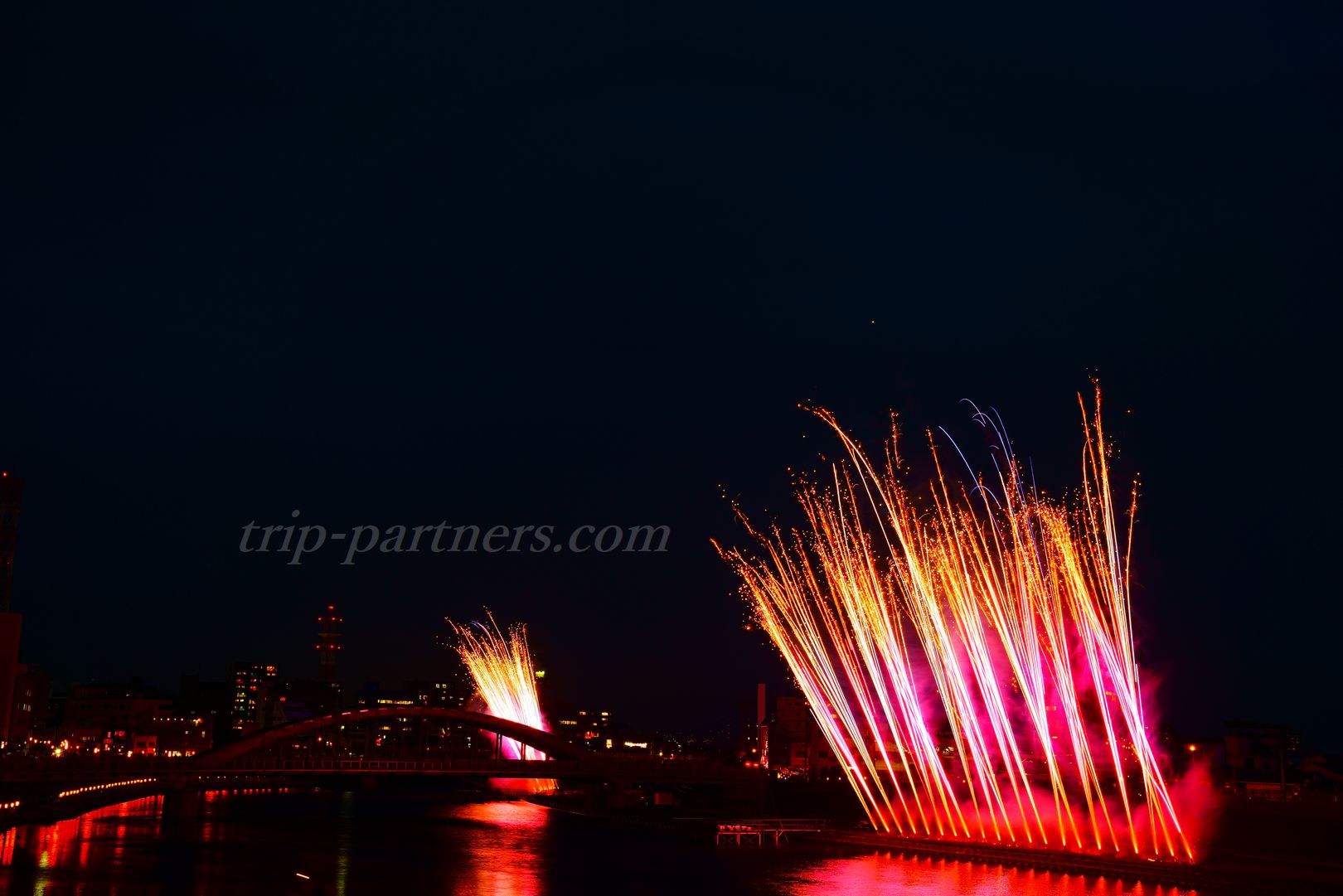 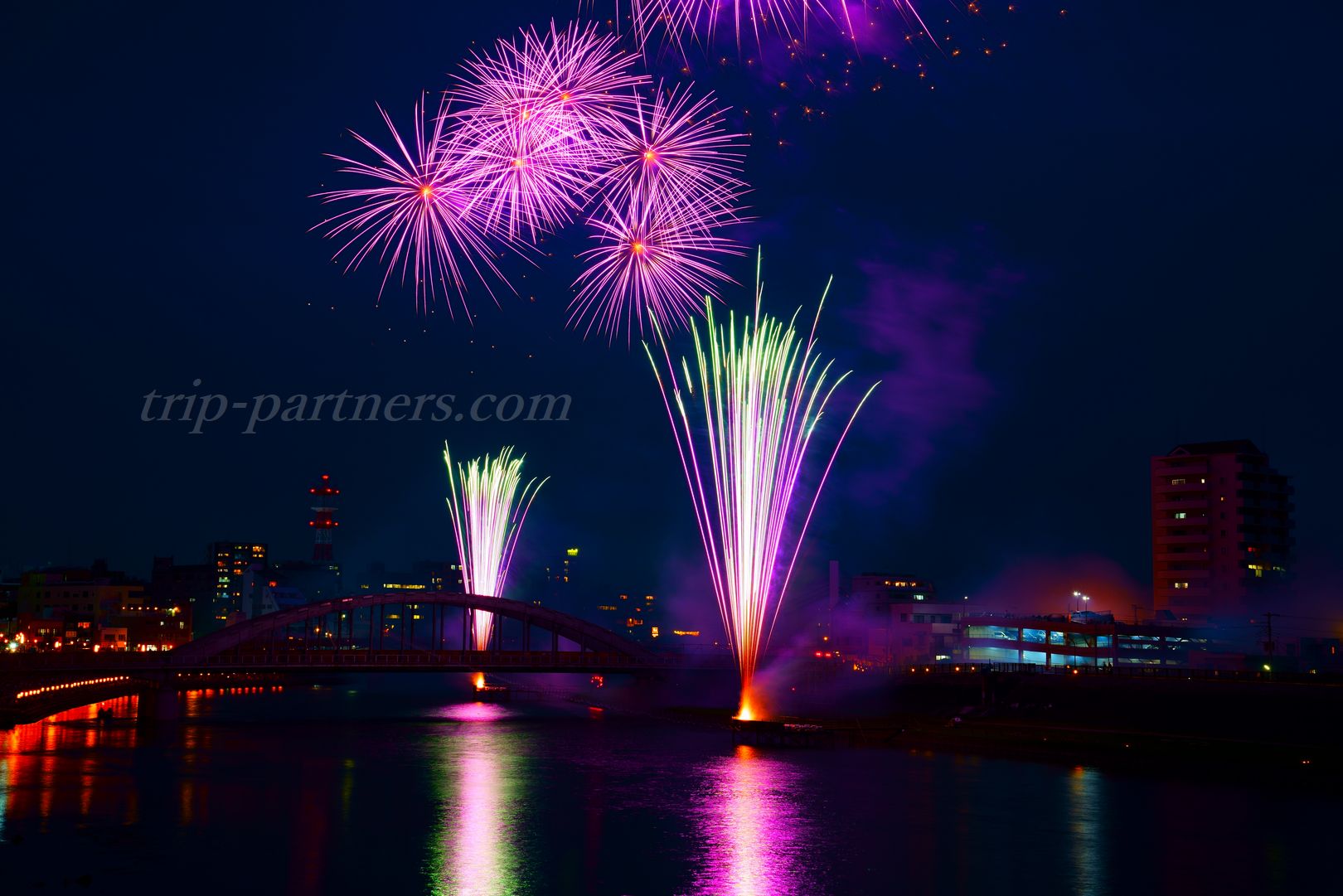 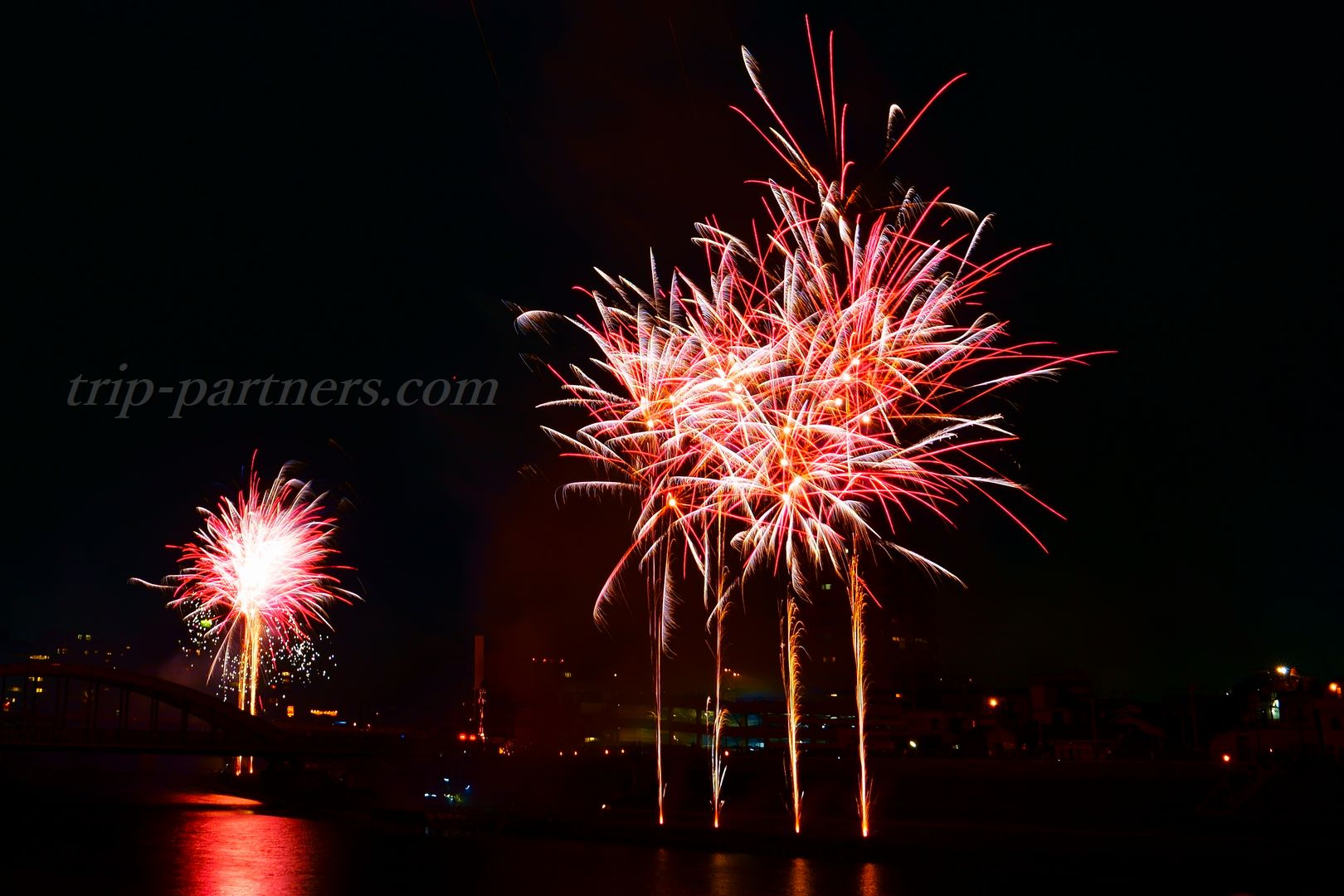 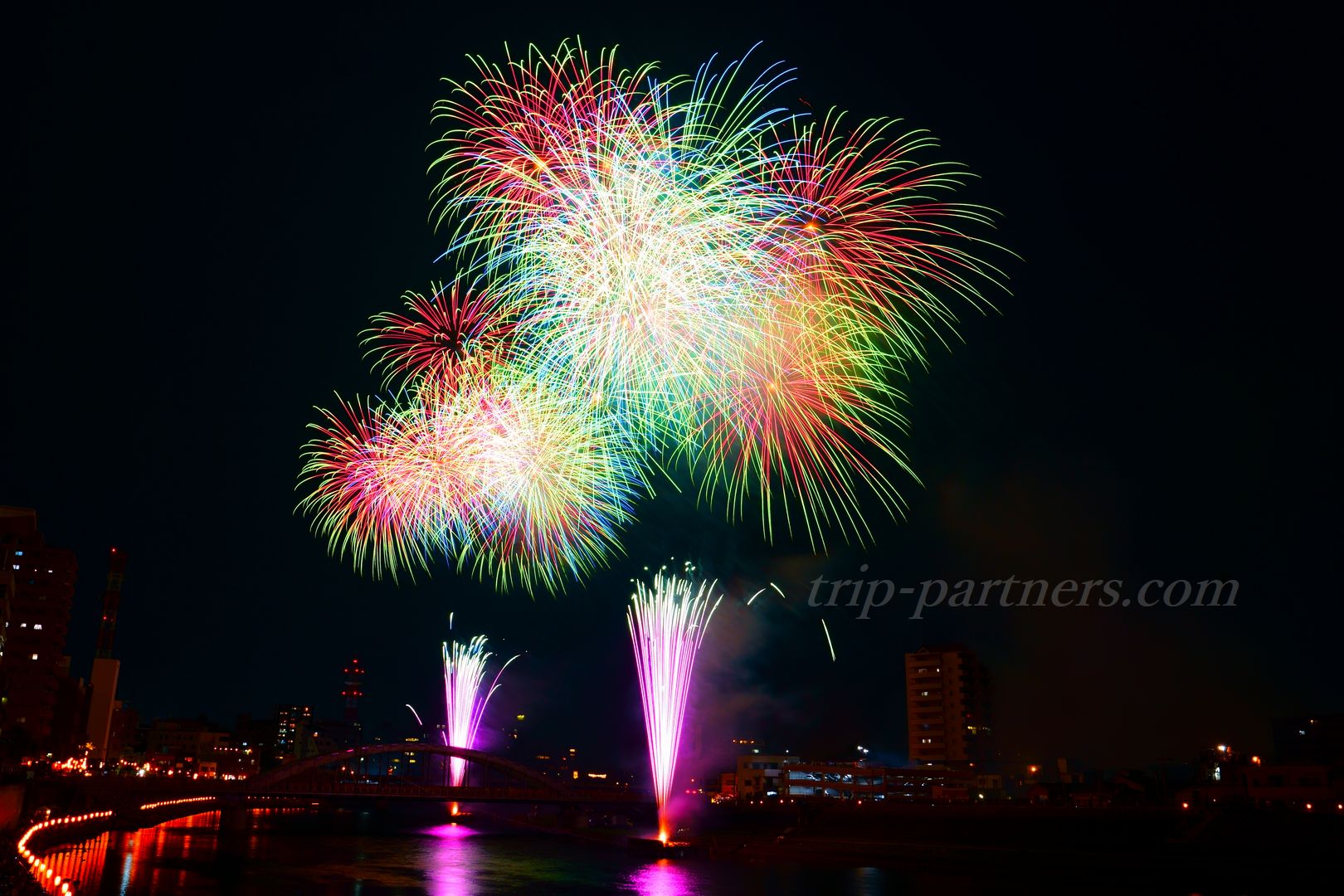 This is a wide angle of power! 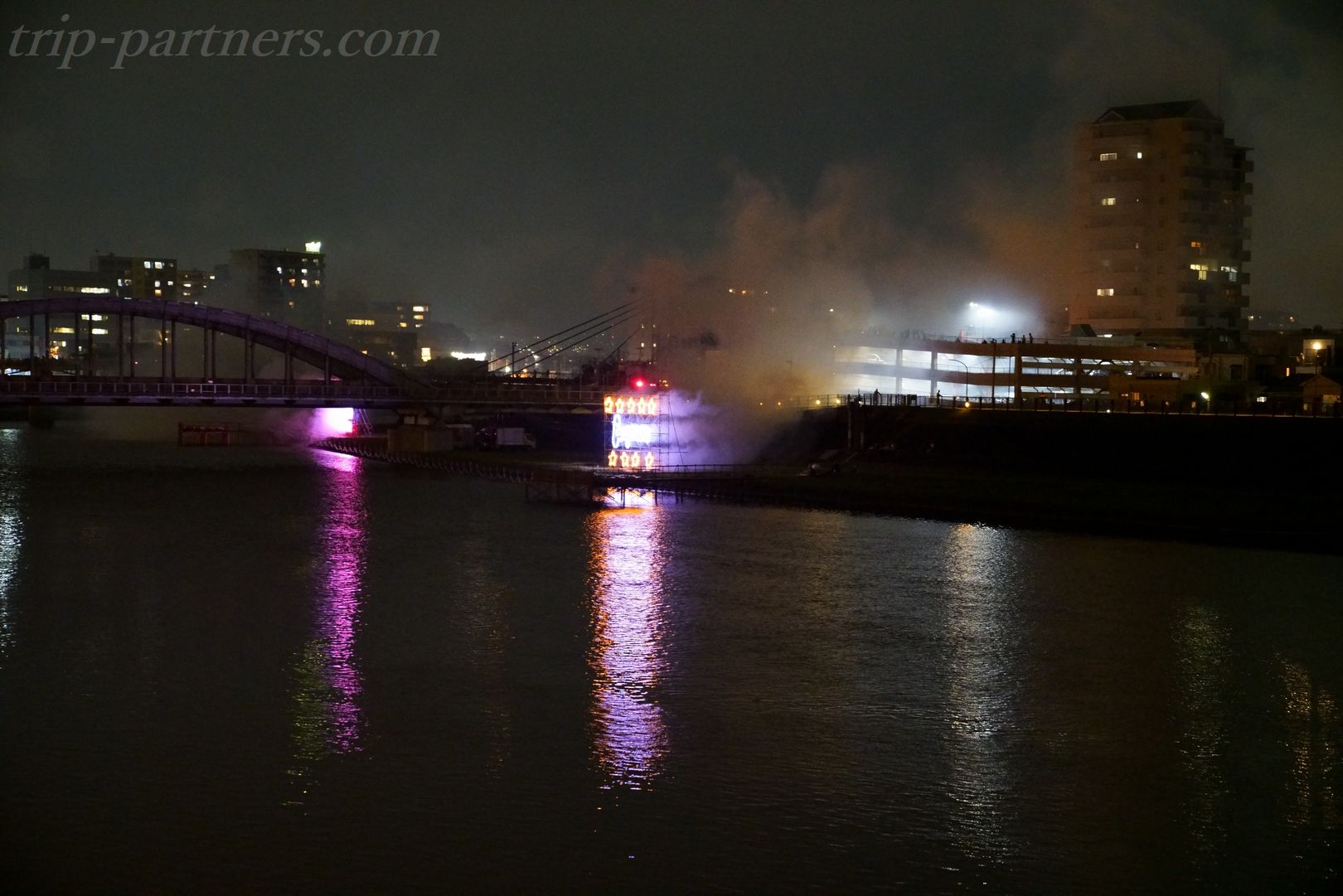 Fireworks of Aqours I thought about was Sawagidashi。The name of the school idol group that appeared in the in the play of Love live Sunshine of Tteyuu this Aqours。In fact, it is also one of the largest sponsors of Numazu summer festival。Actually it seems there was a greeting's voice actor、Had passed through the recording voice to the organizer became on Monday。 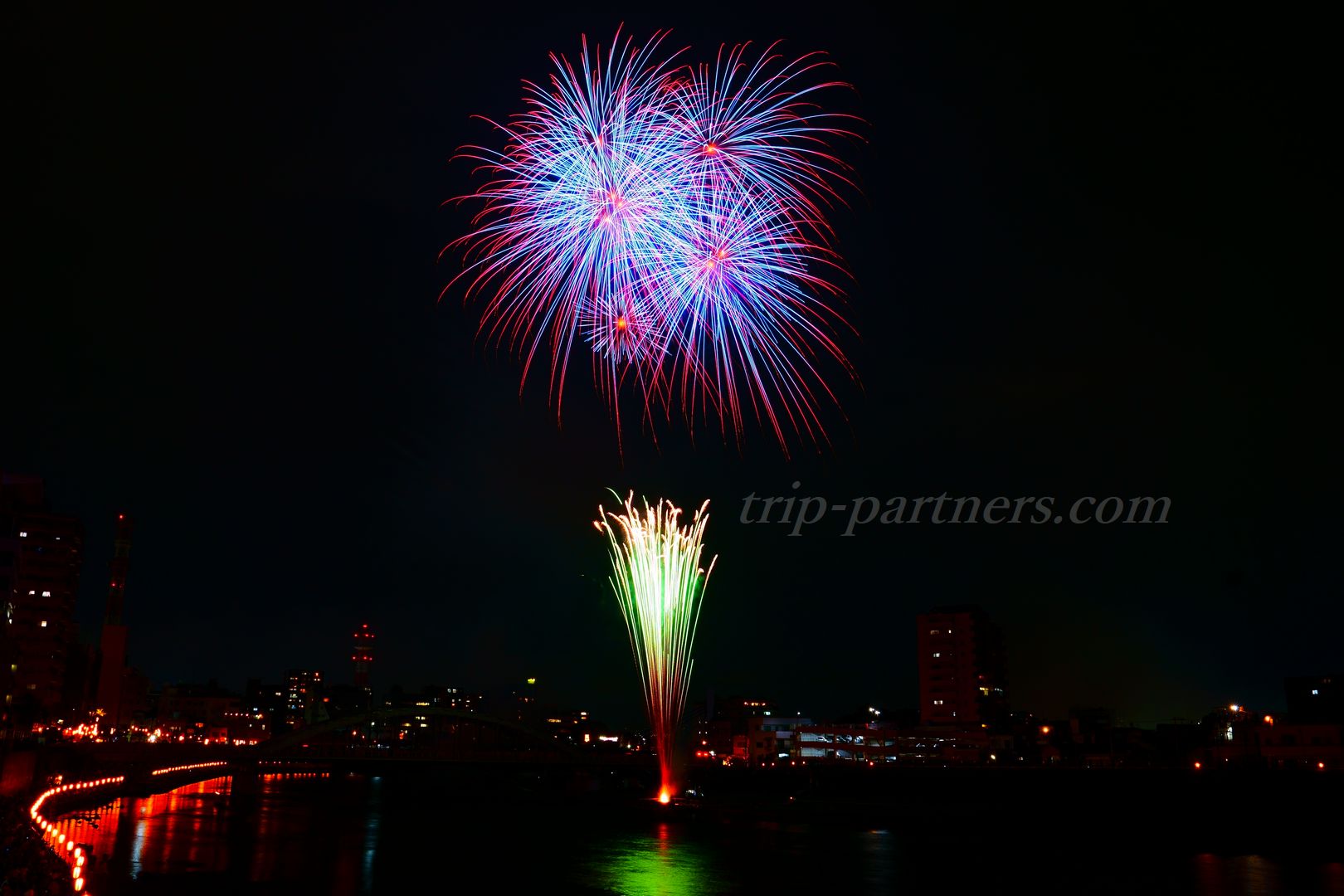 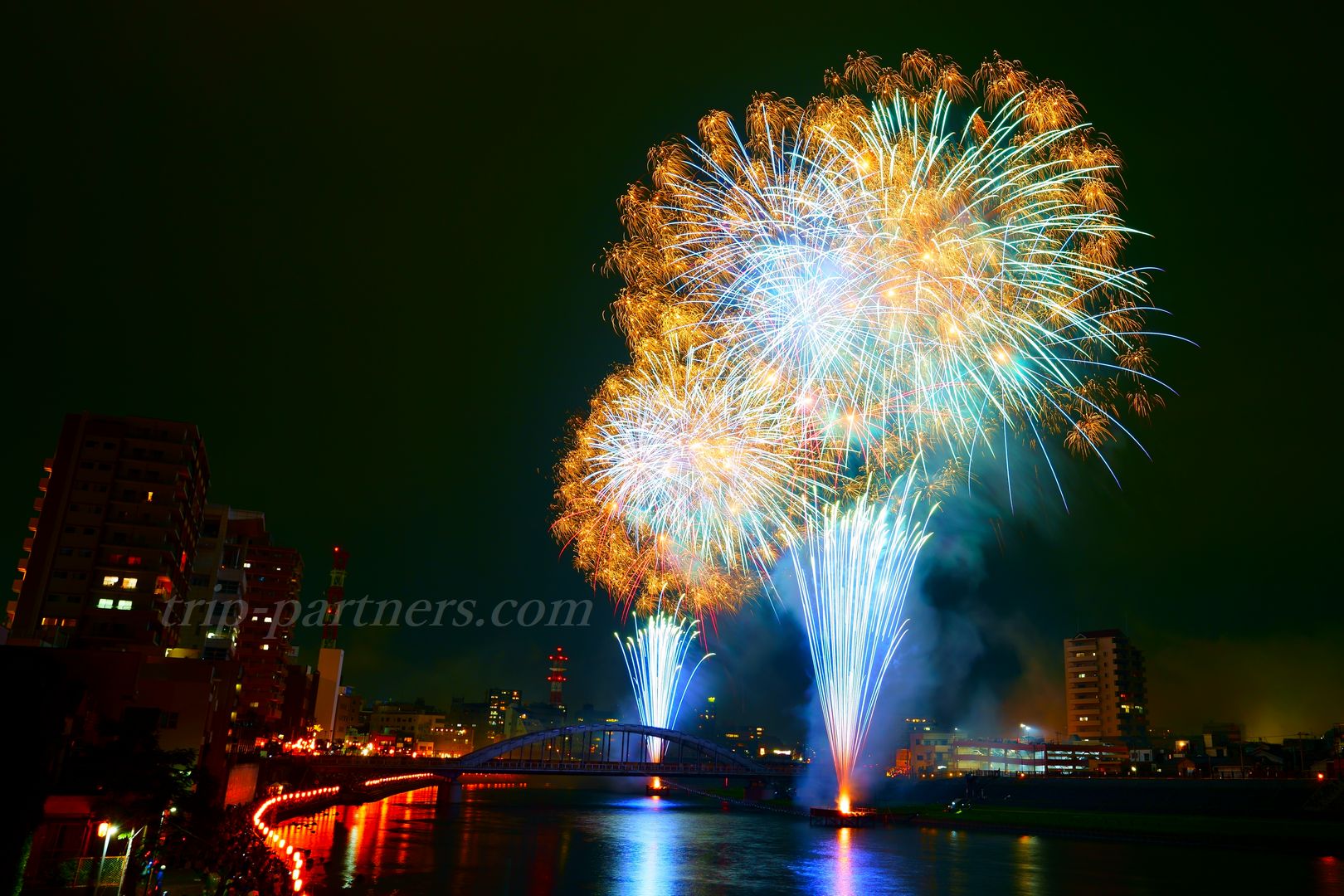 Simultaneous fireworks of last。Only leave the Niagara later in this。 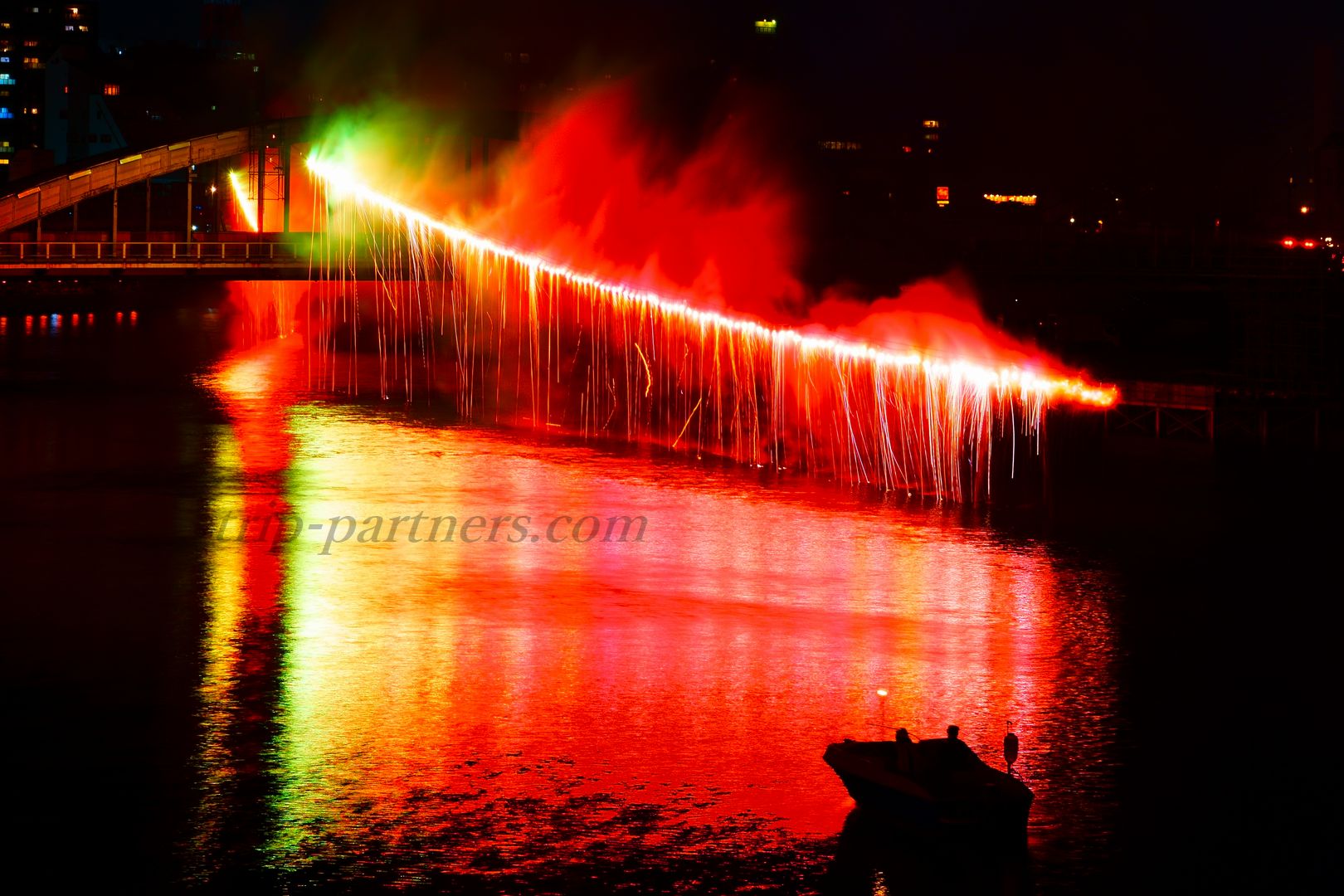 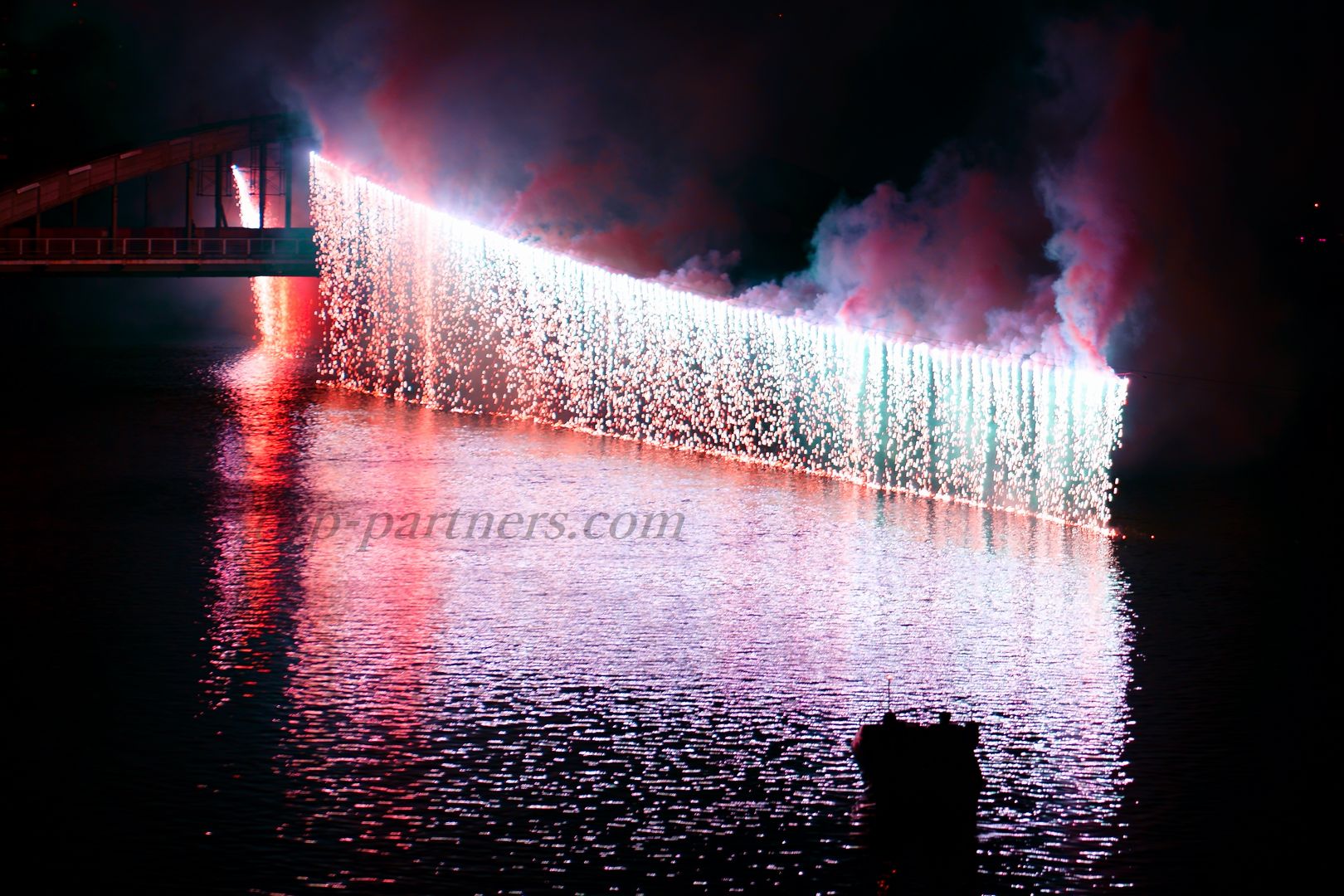 Niagara also draws to a close。Even so, people who are riding in the front of the ship enviable。It is a privilege of sailors can be viewed close to the fireworks on the day of the fireworks。