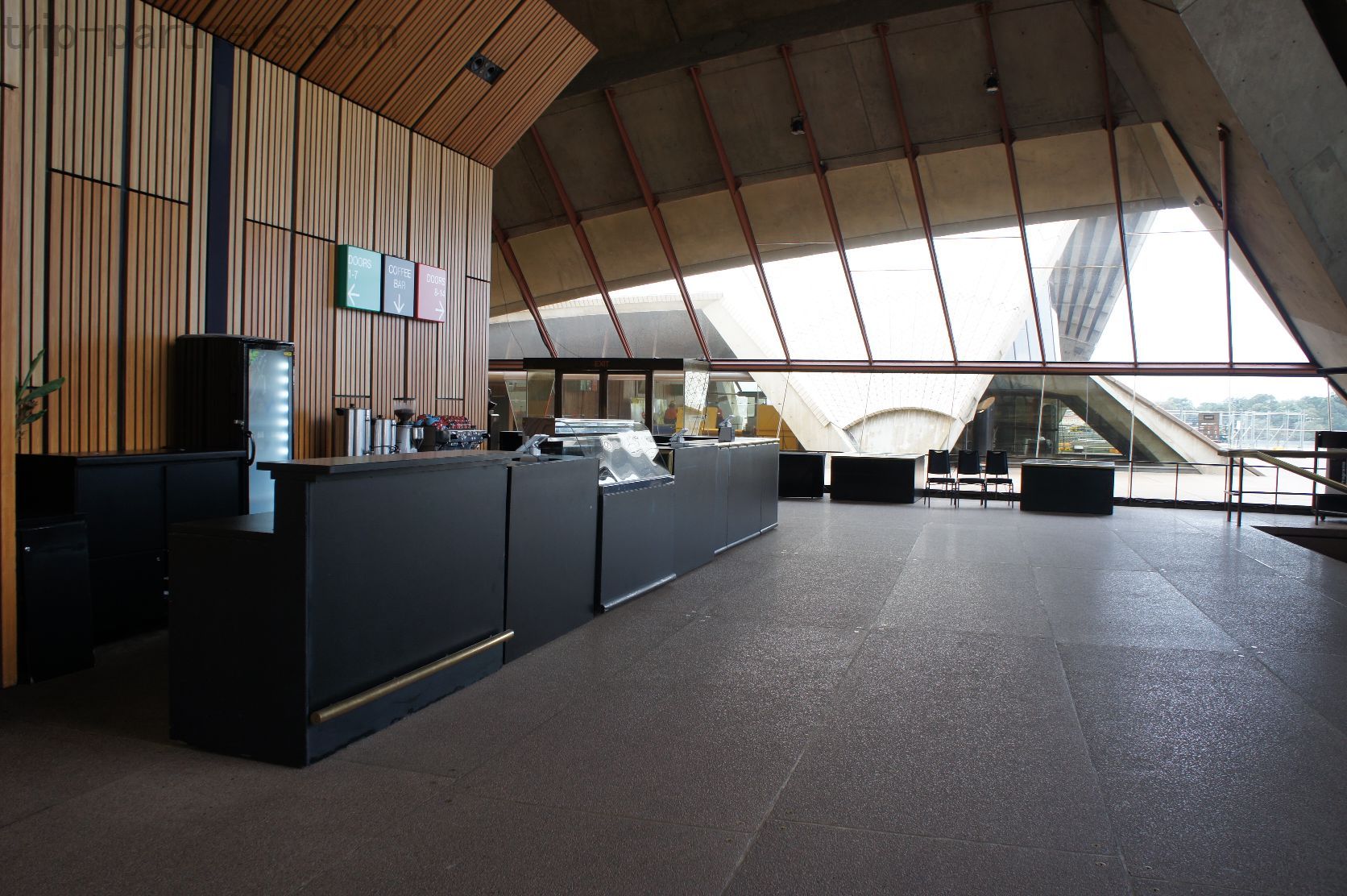 In the Sydney article 6 claw、Finally introduction of the Opera House。Dattari traffic introduction from the airport to the city、Dattari Hyde Park、Something that a great deal has been a detour ...... Dattari Royal Botanical Gardens。 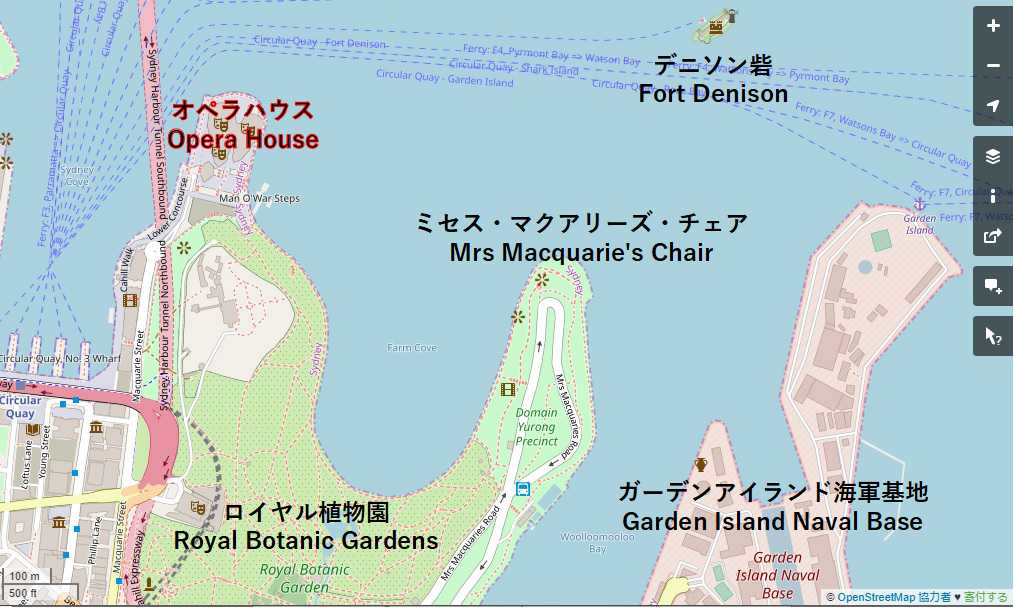 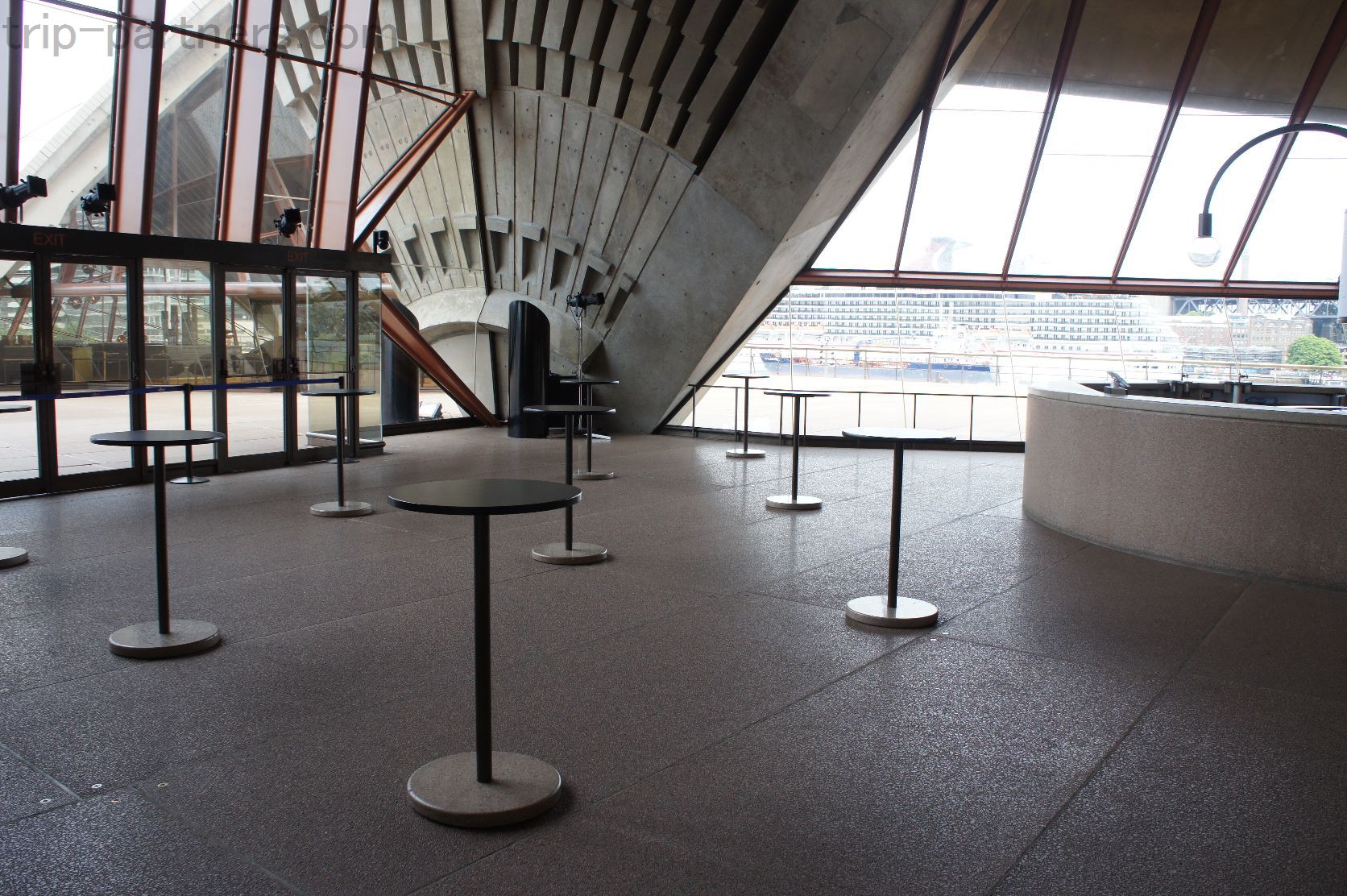 First to visit this entrance in the tour。Here you will see the historic video of the Opera House before internal search start。Since the time that was participating Japanese tour also naturally Japanese voice。English can join with confidence, even weak。

Here I've got a the bar like a、I wonder who is used to not be able to participate only in the tour? I thought I、The first place because I'm made for Toka concert hall I Opera House、I guess operating in the timing of the concert event。 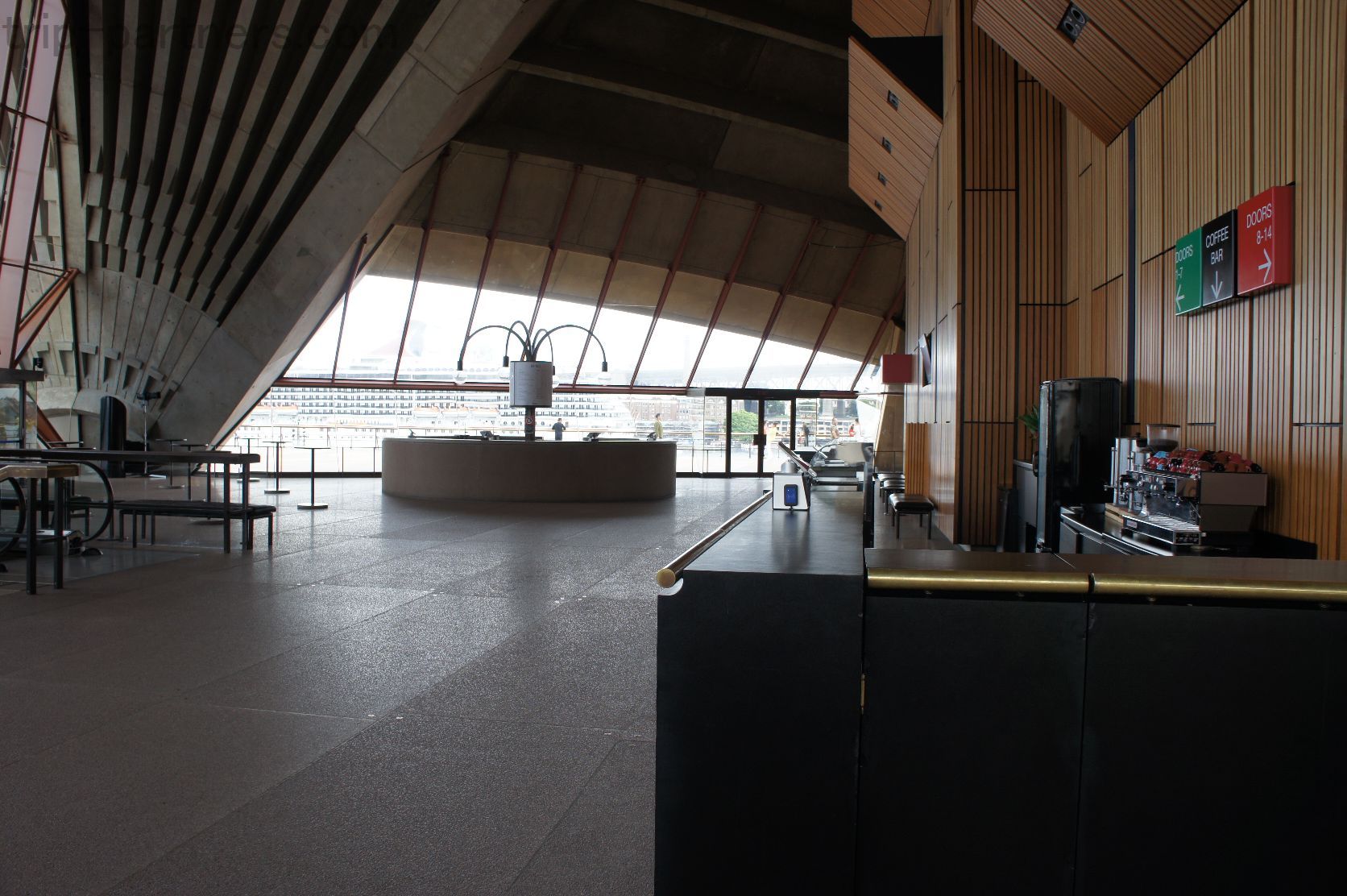 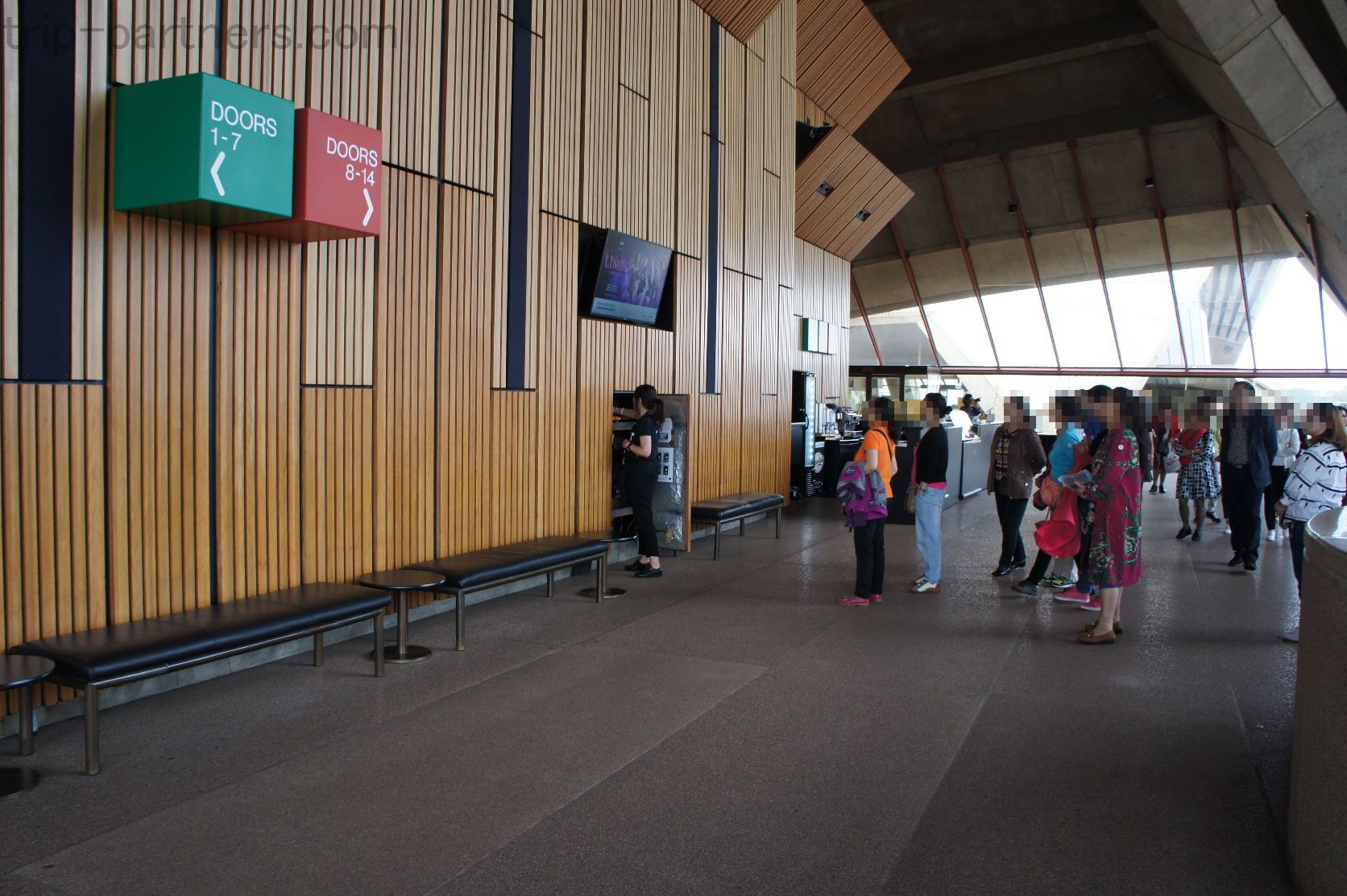 Japan after the group viewing complete the Opera House history video、The large household had appeared from later。Looking good in Sydney is the people of that country。It is you can see the other? So、It is the Chinese 😀

By the way, in this Chinese group configuration of about 20 - 30 people、Moreover, it is two groups! That is our Japanese group against it is that 50 people before and after 😯 is that only three people(Lol) 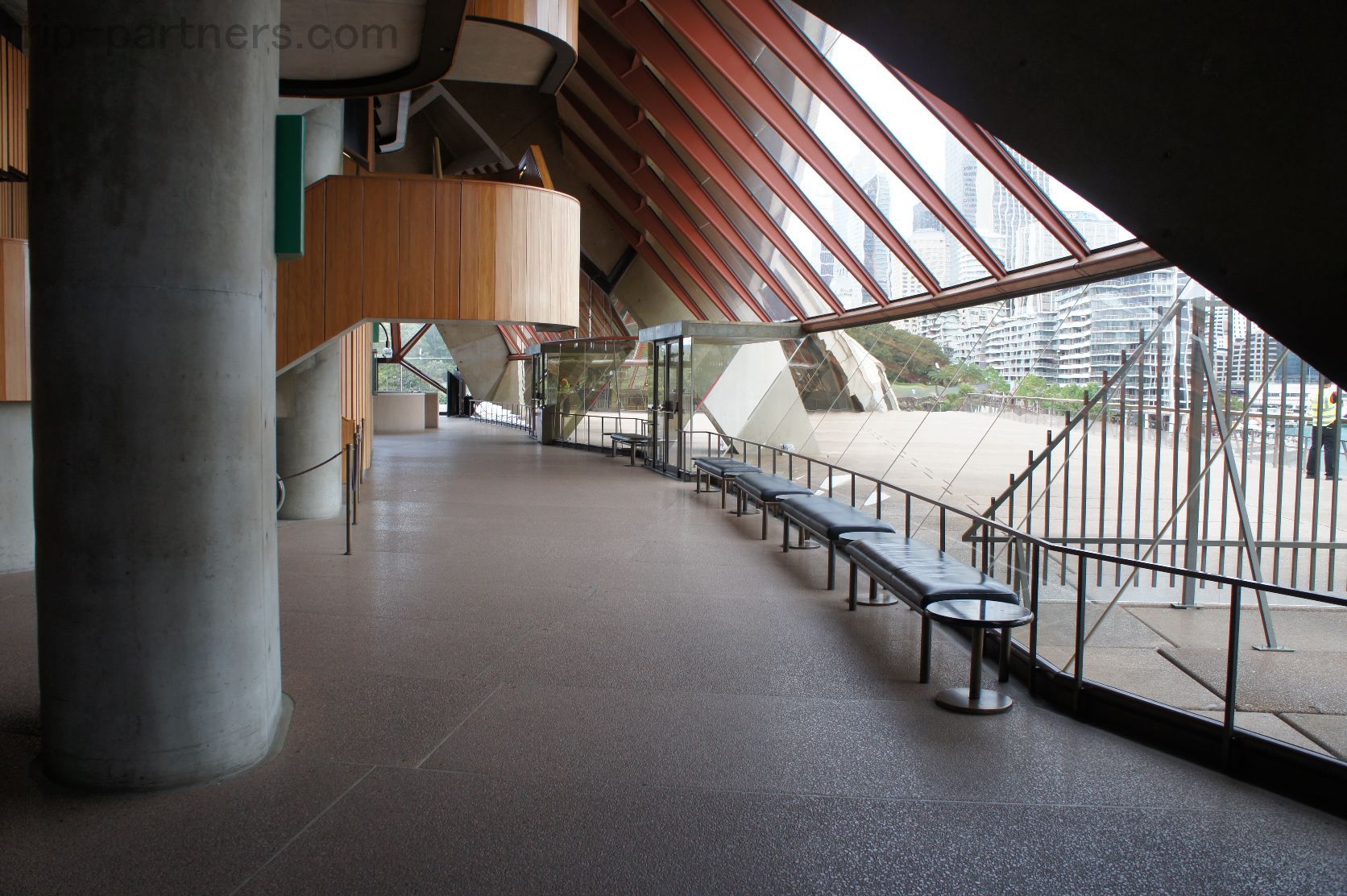 so、Architect Jørn Utzon of the were building this is Denmark。At that time, Utsuson was anonymous architects won the competition、Toka architectural planning of this shell-type buildings began。

But、Because there was not a design has been designed in detail to the drawings、How would you make doing when actually building? It seems it terrible suffering and。 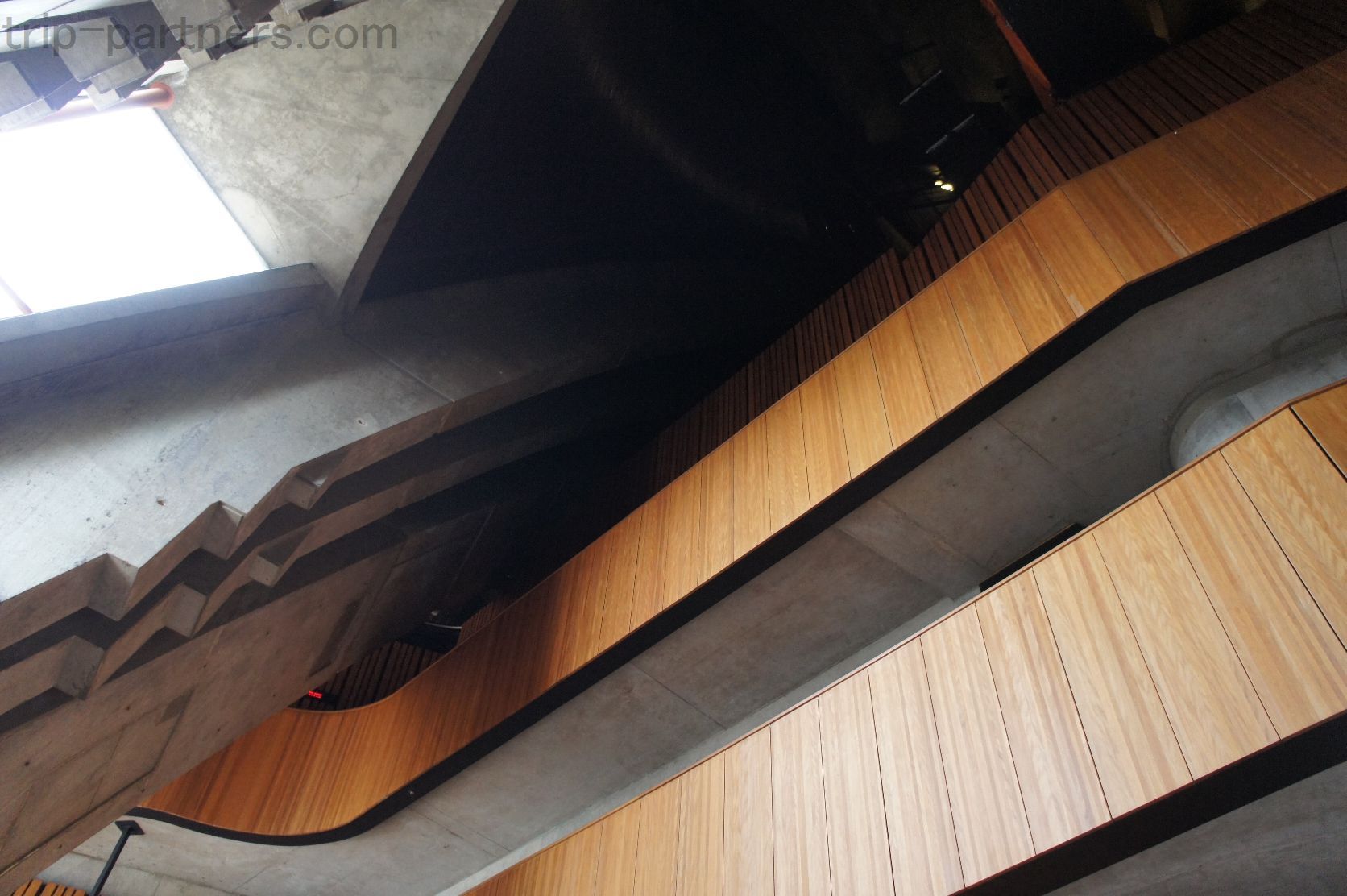 To the back of the building。Looking at the ceiling of the Opera House、An ordinary building there is a big difference points。Would you know?

Such construction techniques to clear the World Heritage criteria of "masterpiece that represents the creative talent of mankind."、2007It became a world cultural heritage in the year。

To back to back 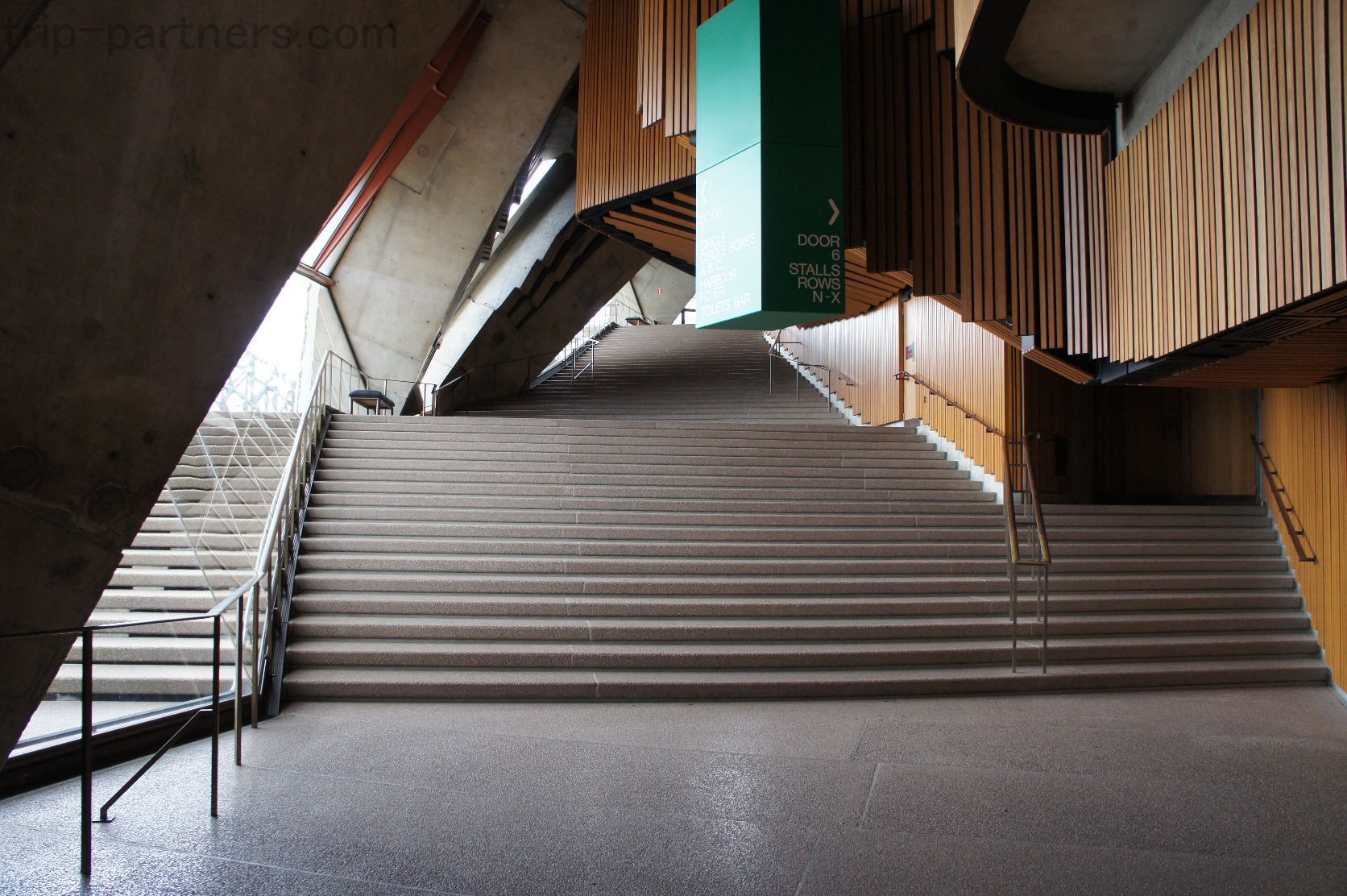 Unfortunately, non-barrier-free。Proceed by repeating the down and up the stairs。 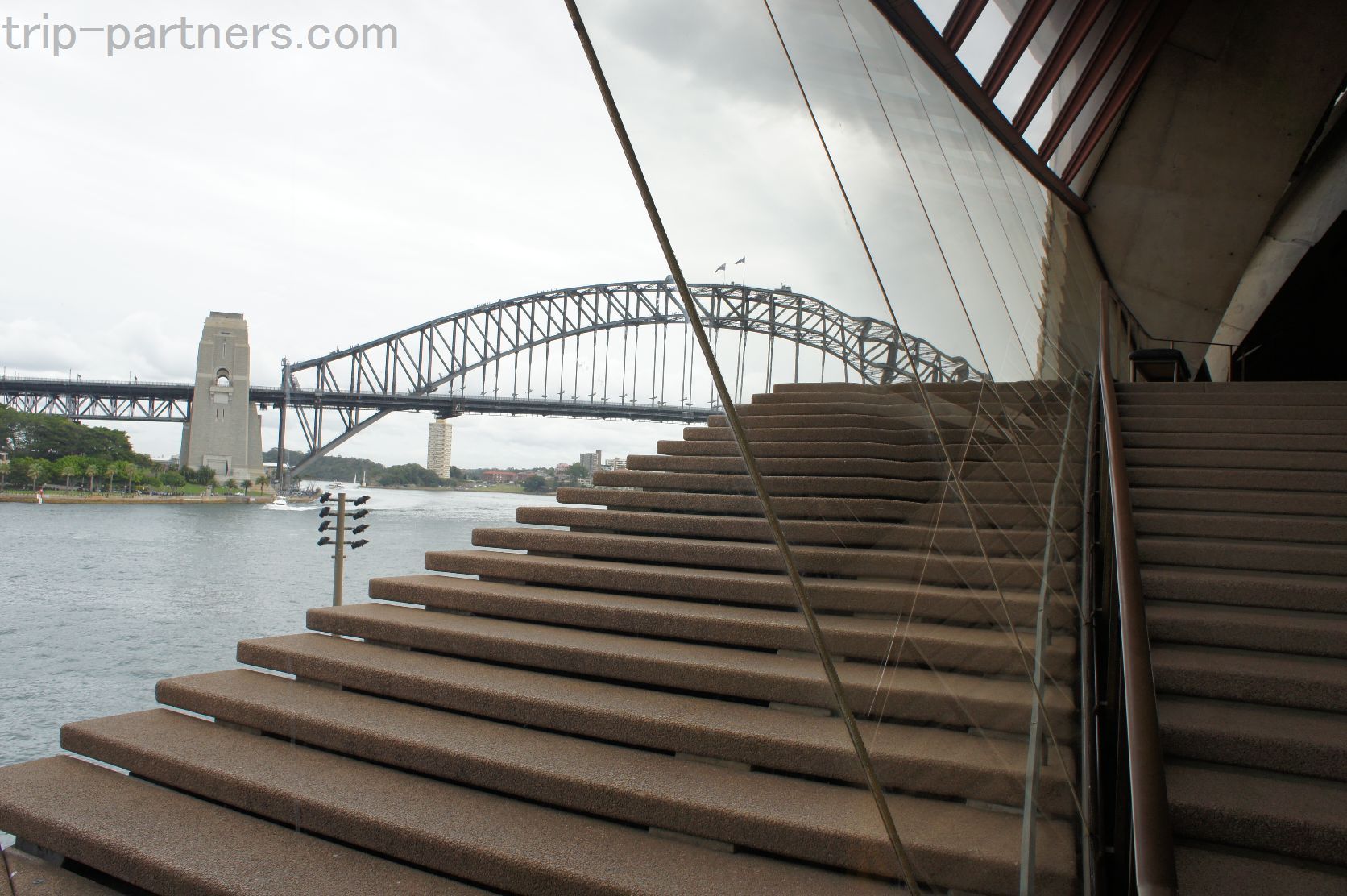 Harbor Bridge, which was visible from the middle of the stairs。Look good and、I there is a flag to the highest point of the bridge。 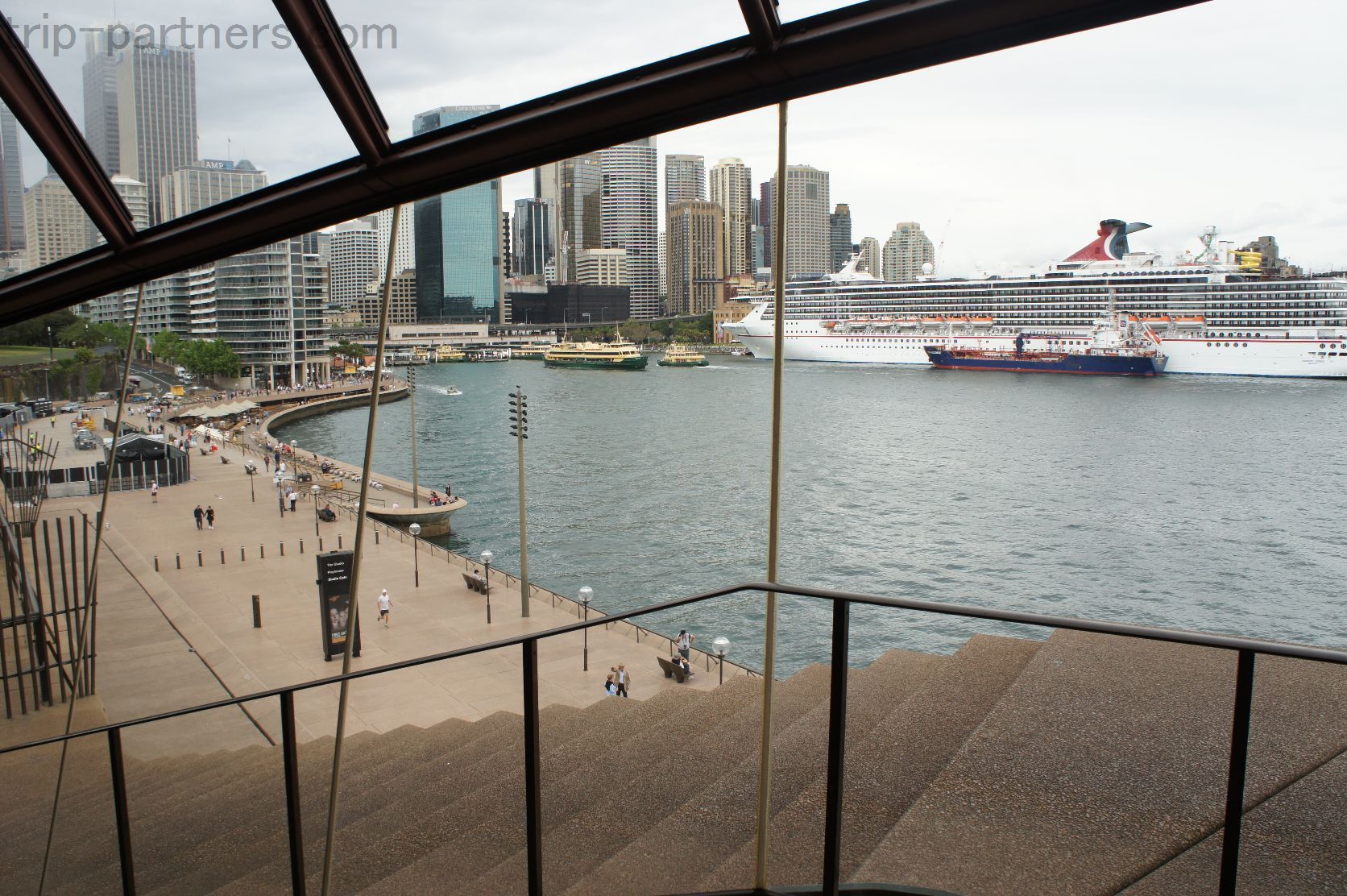 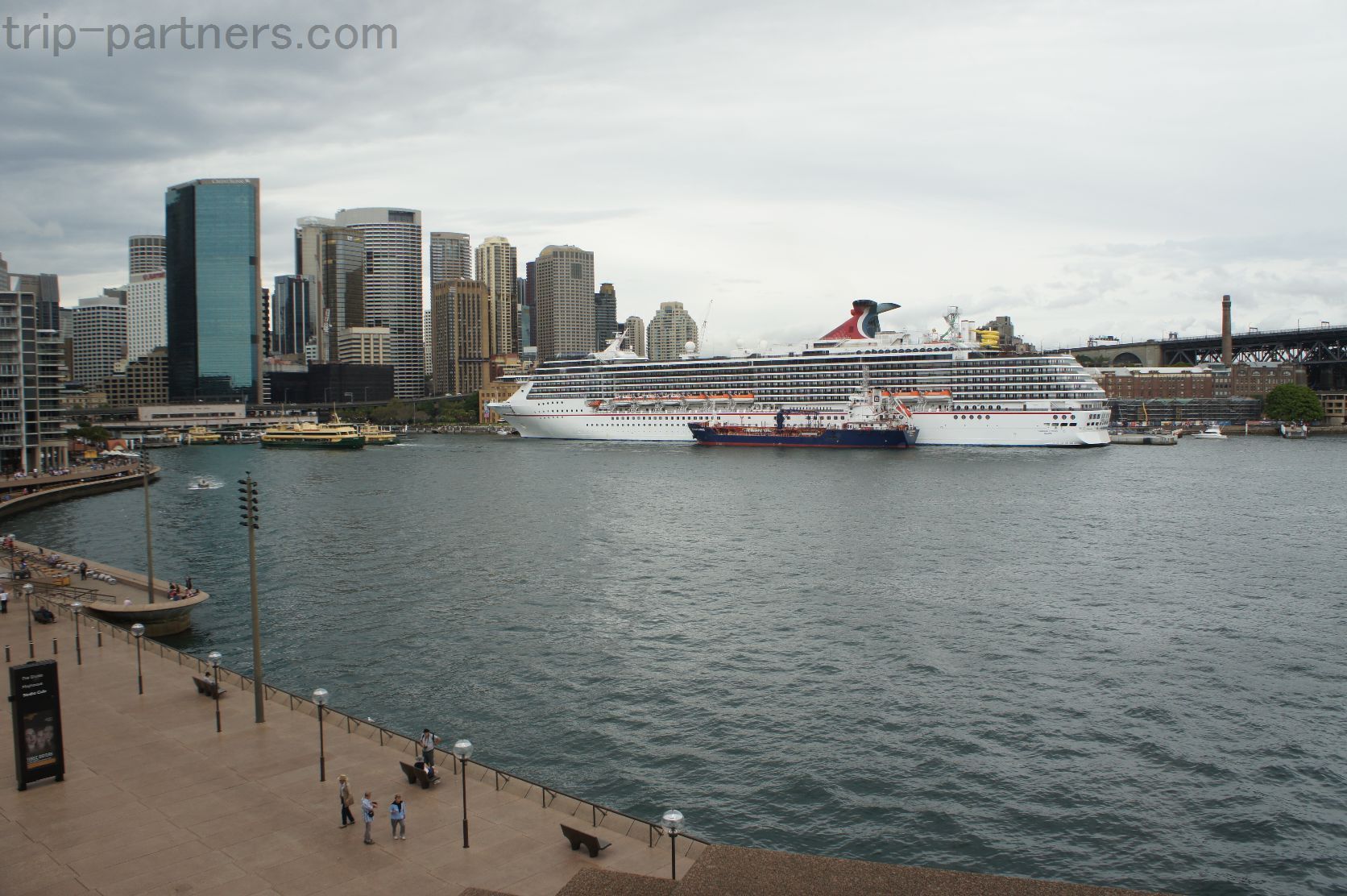 After this、I have toured the concert hall。In Symphony Orchestra in the middle is in practice、Unfortunately photography ban。And it is in the hole have been installed world's largest pipe organ、The number of the pipe is a whopping 10,000 or more! Even so, it was well echoing hall。 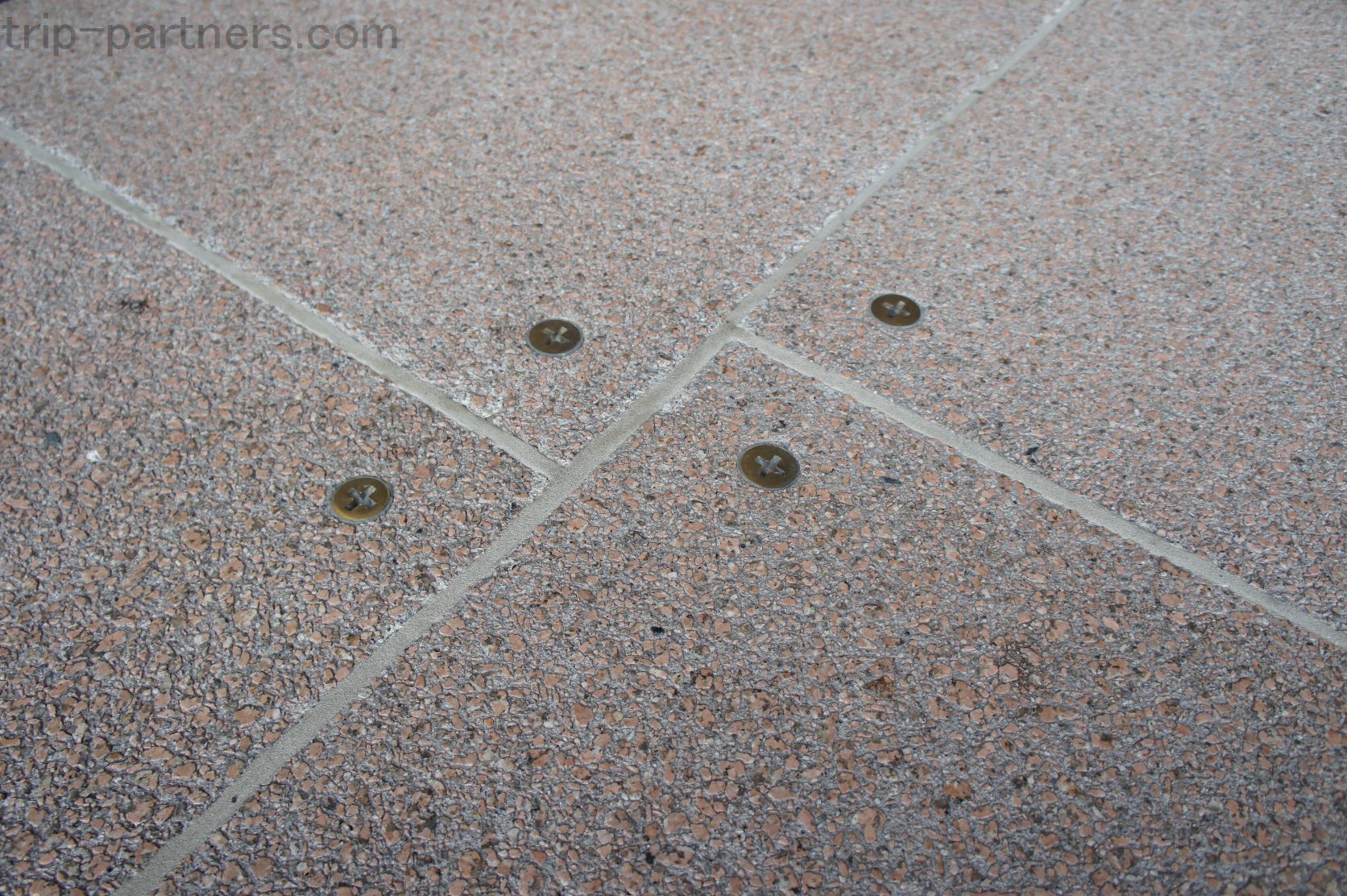 Tour guide's gave me a description of the floor。 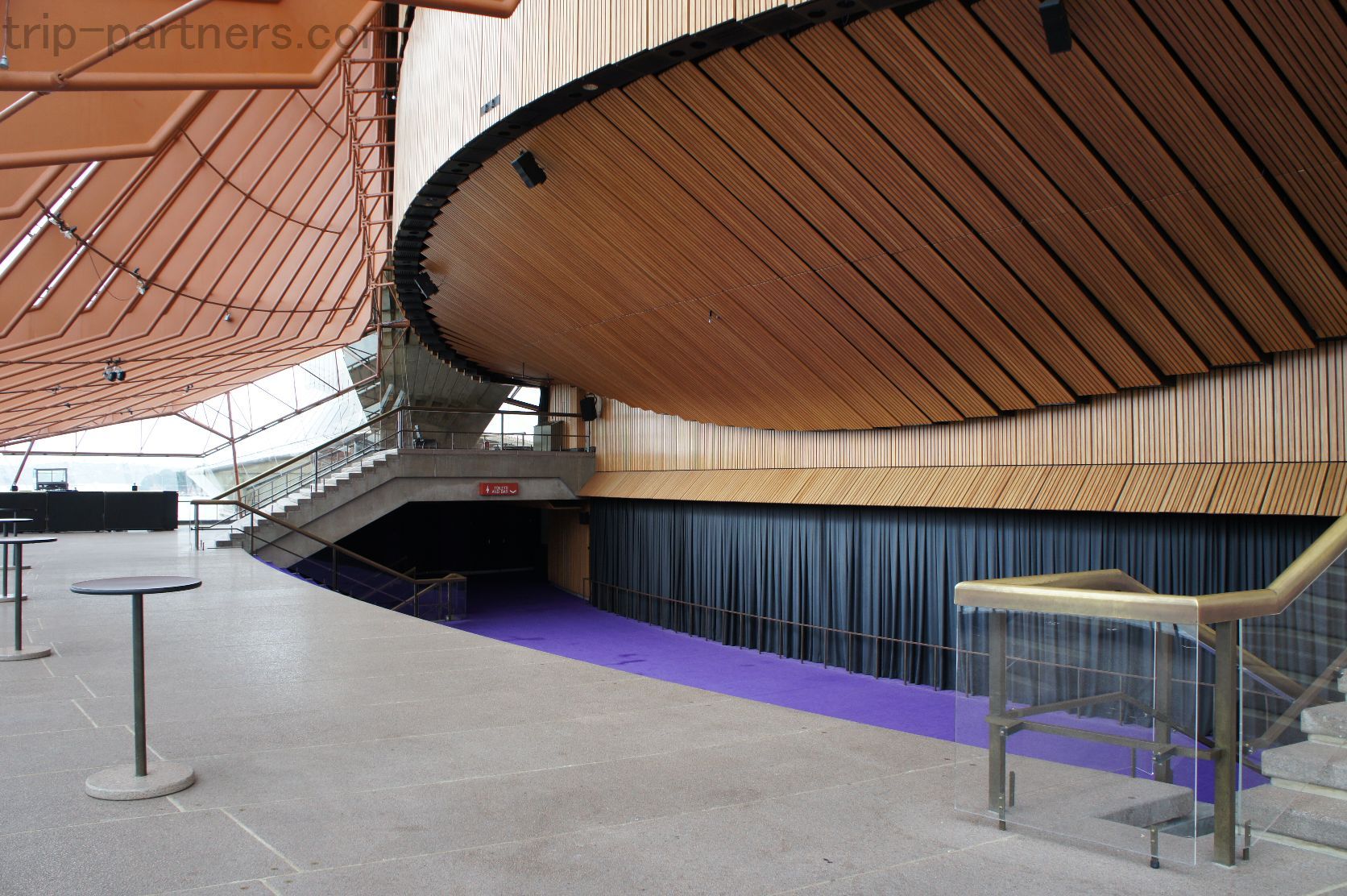 The configuration of the Opera House 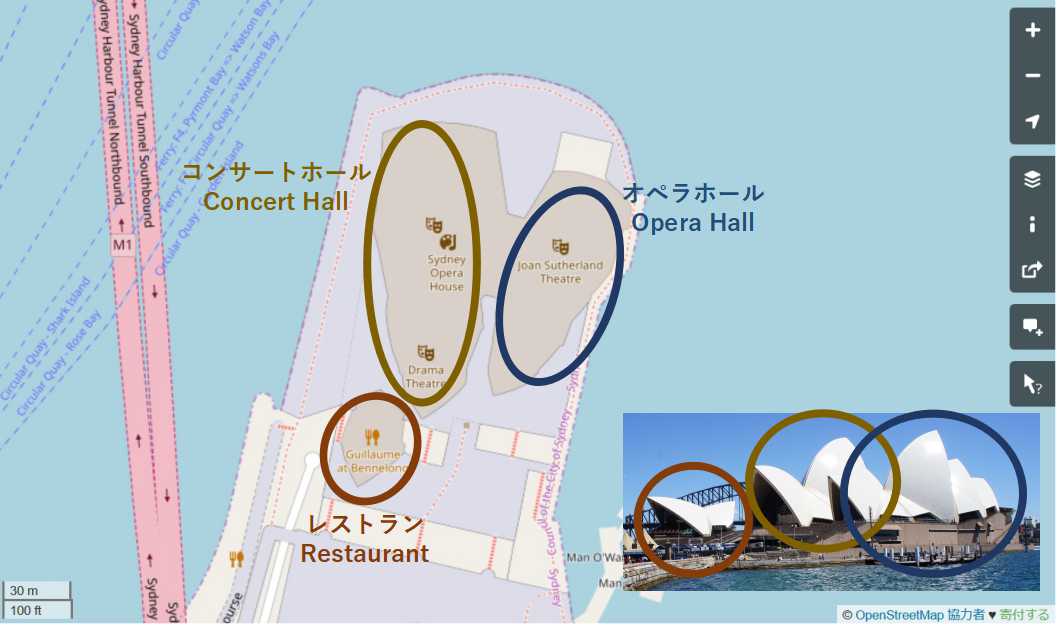 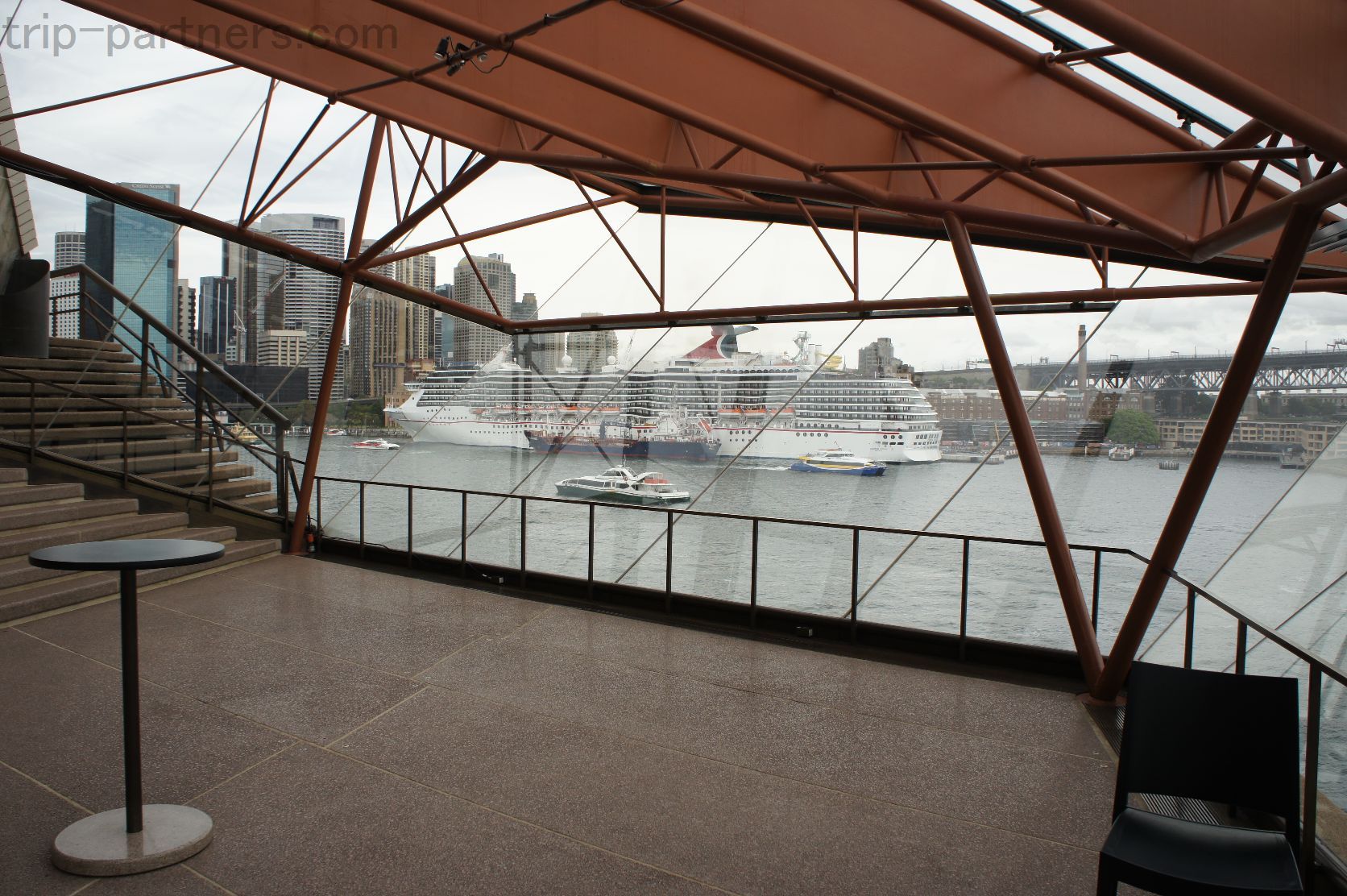 Harbor Bridge & luxury liner that faces from the concert hall。 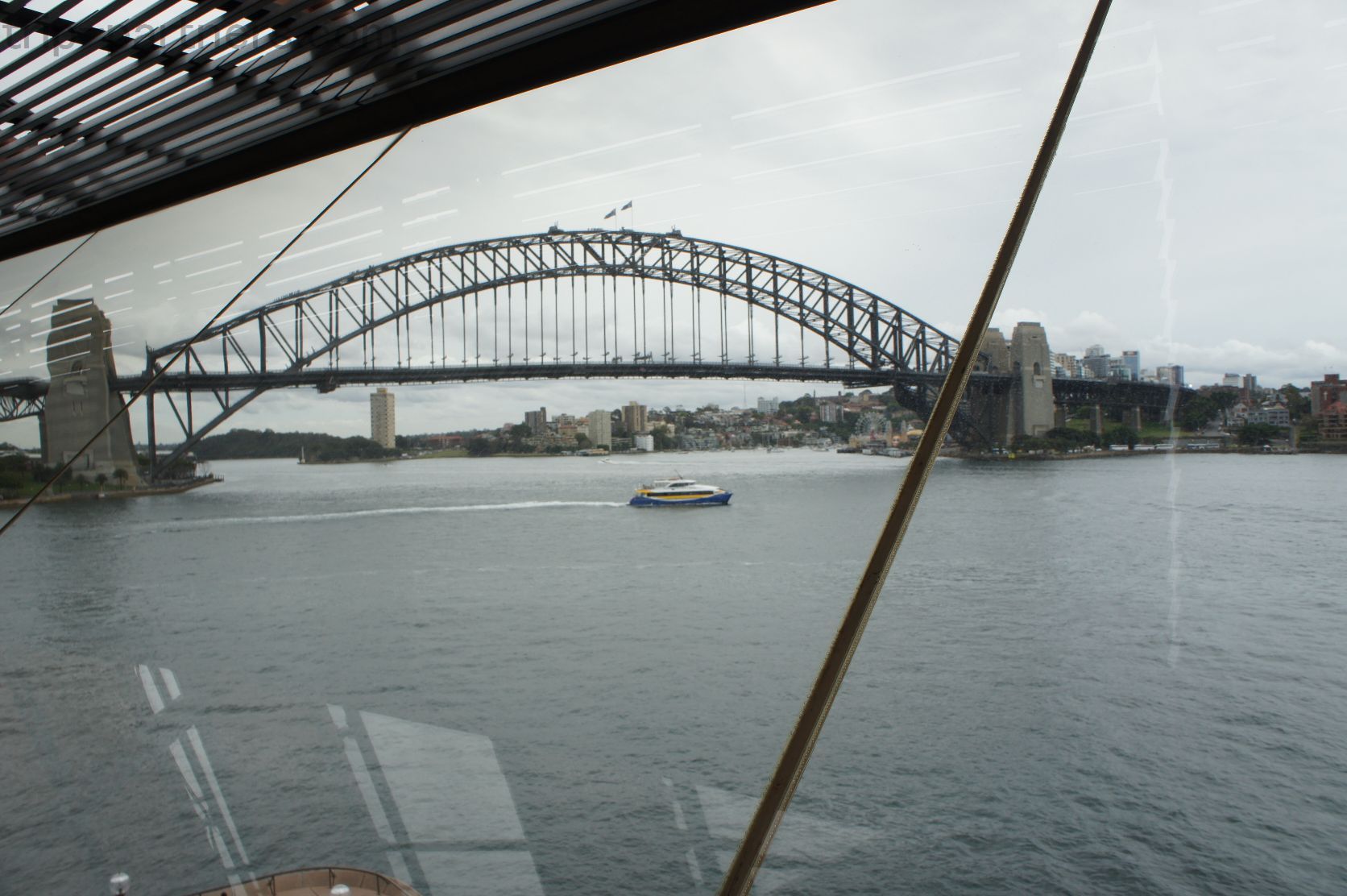 Harbor Bridge from this side。I ran the sea taxi。 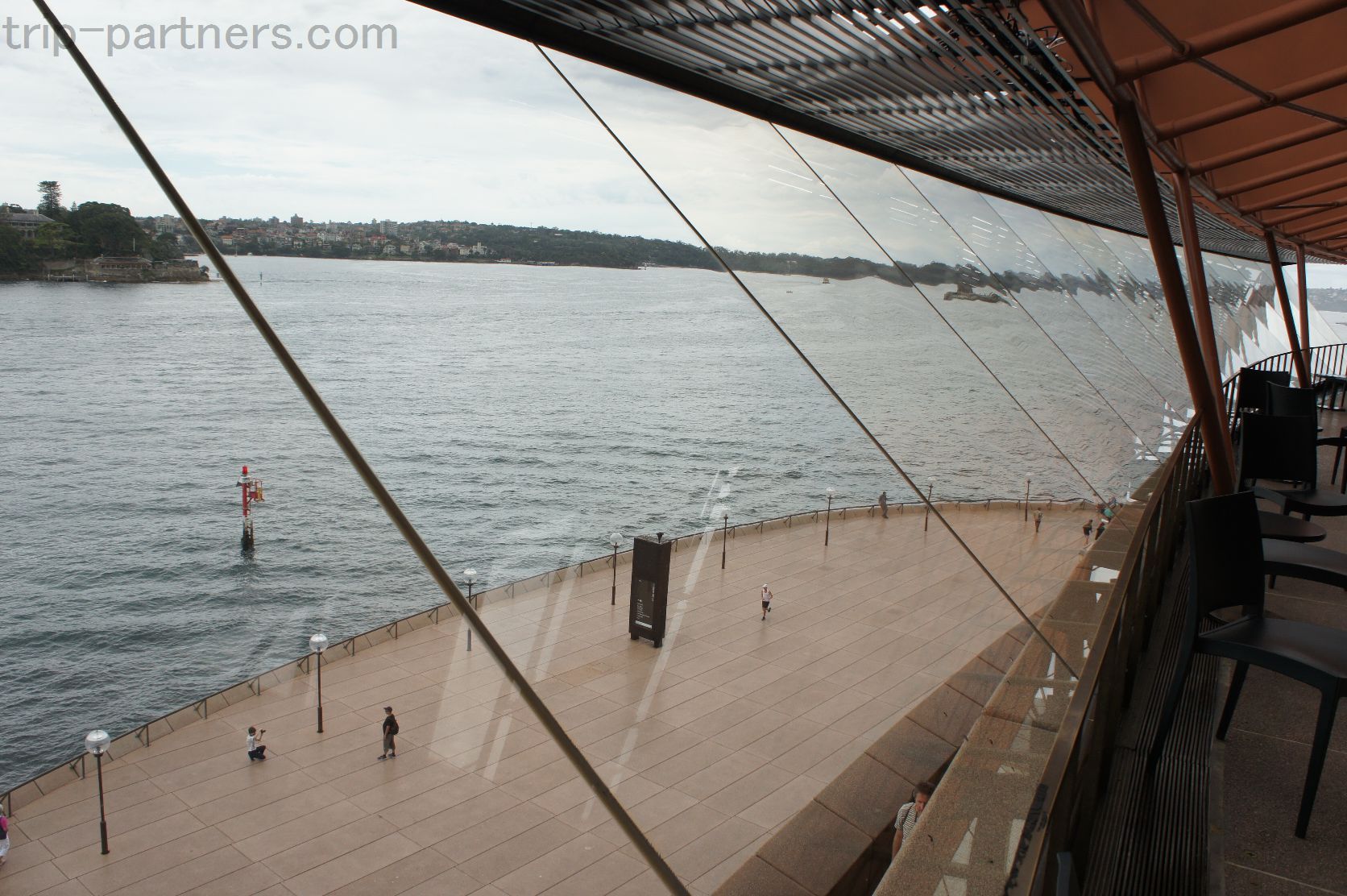 Back Square walked in the previous article。After all, people are less 🙁

...... was up to here can monopolize this landscape

The emergence of China tourists 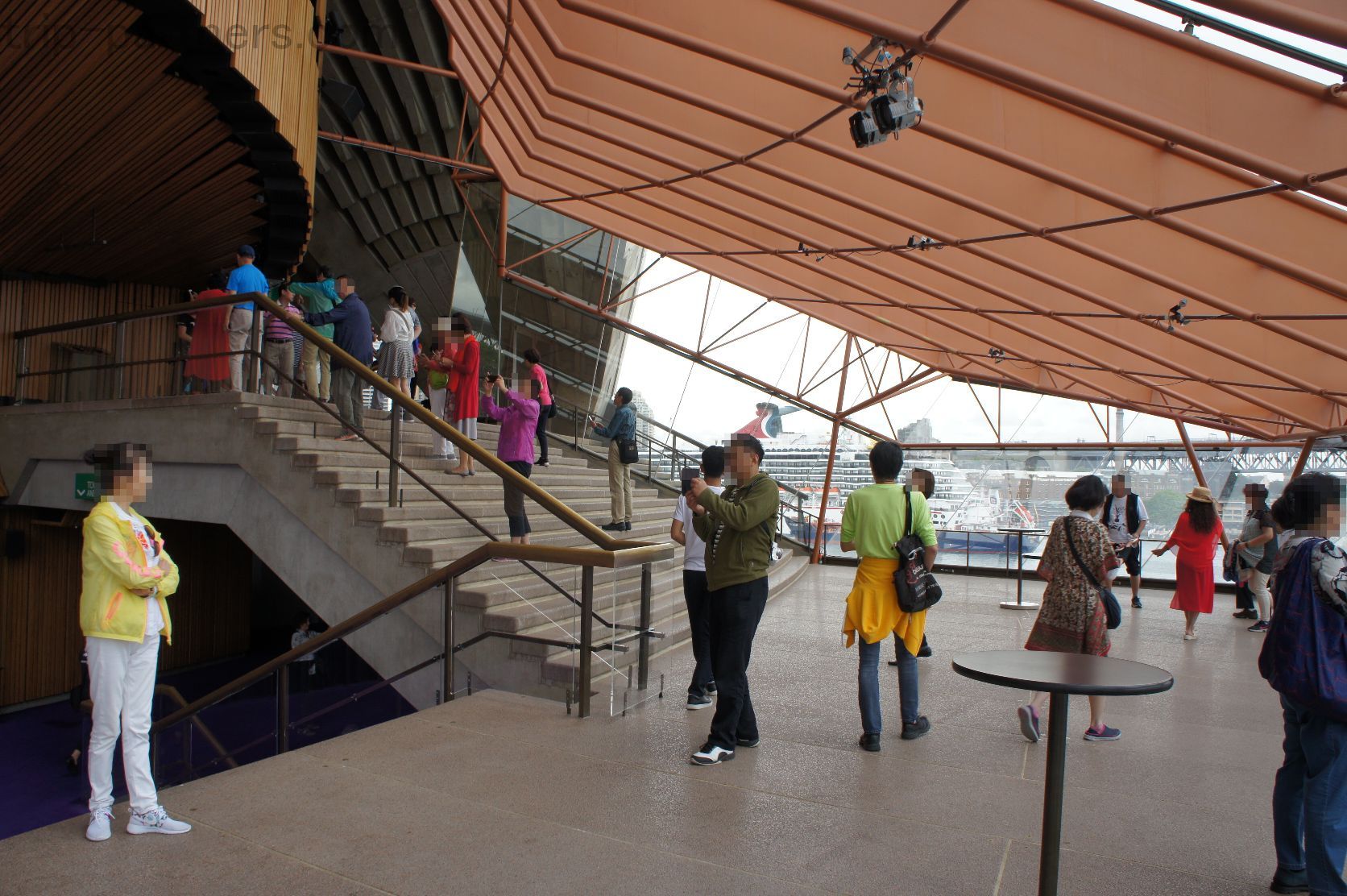 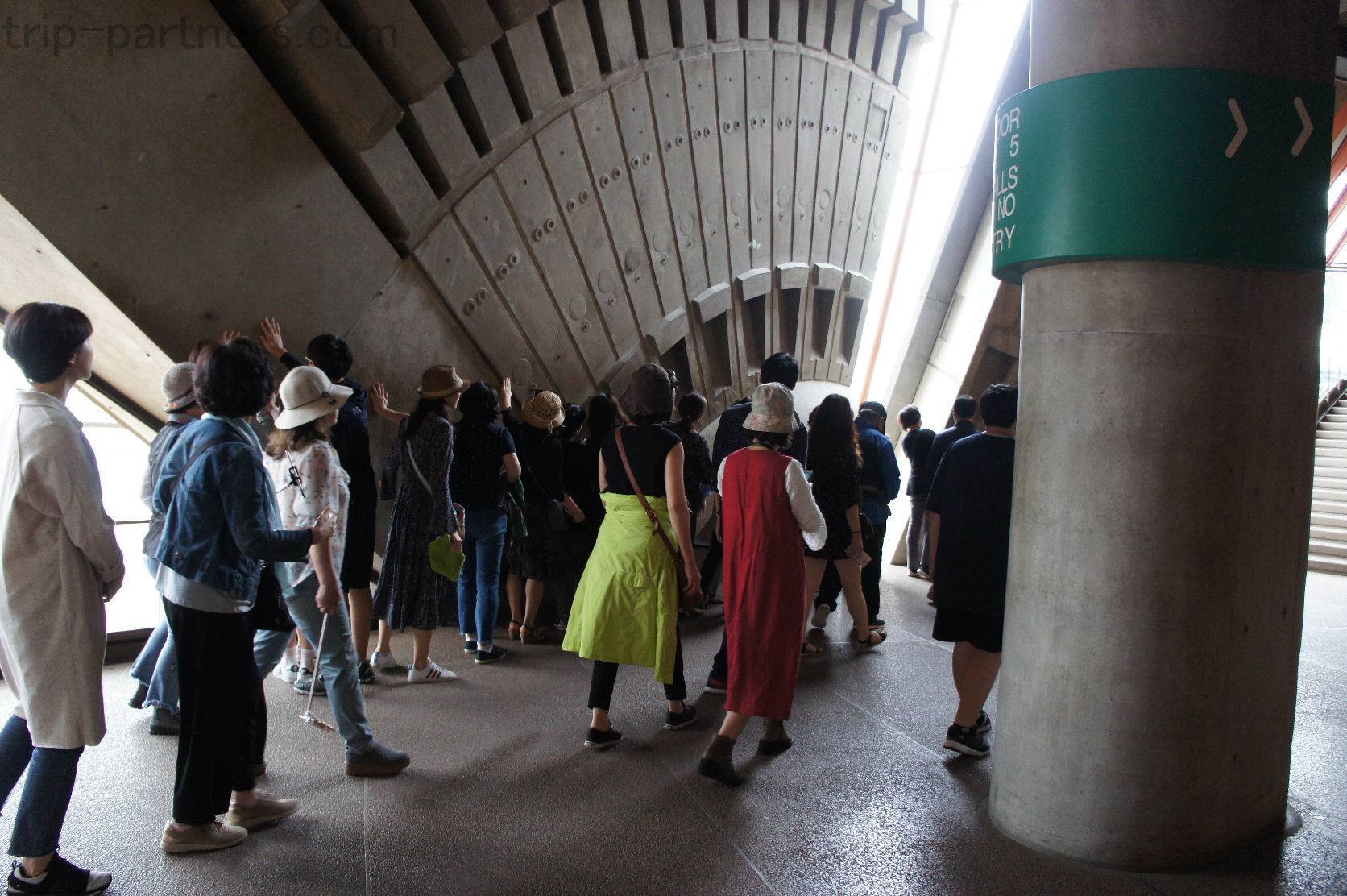 Here is Chinese group B! It seems Nikki felt the wall of the Opera House in the skin。 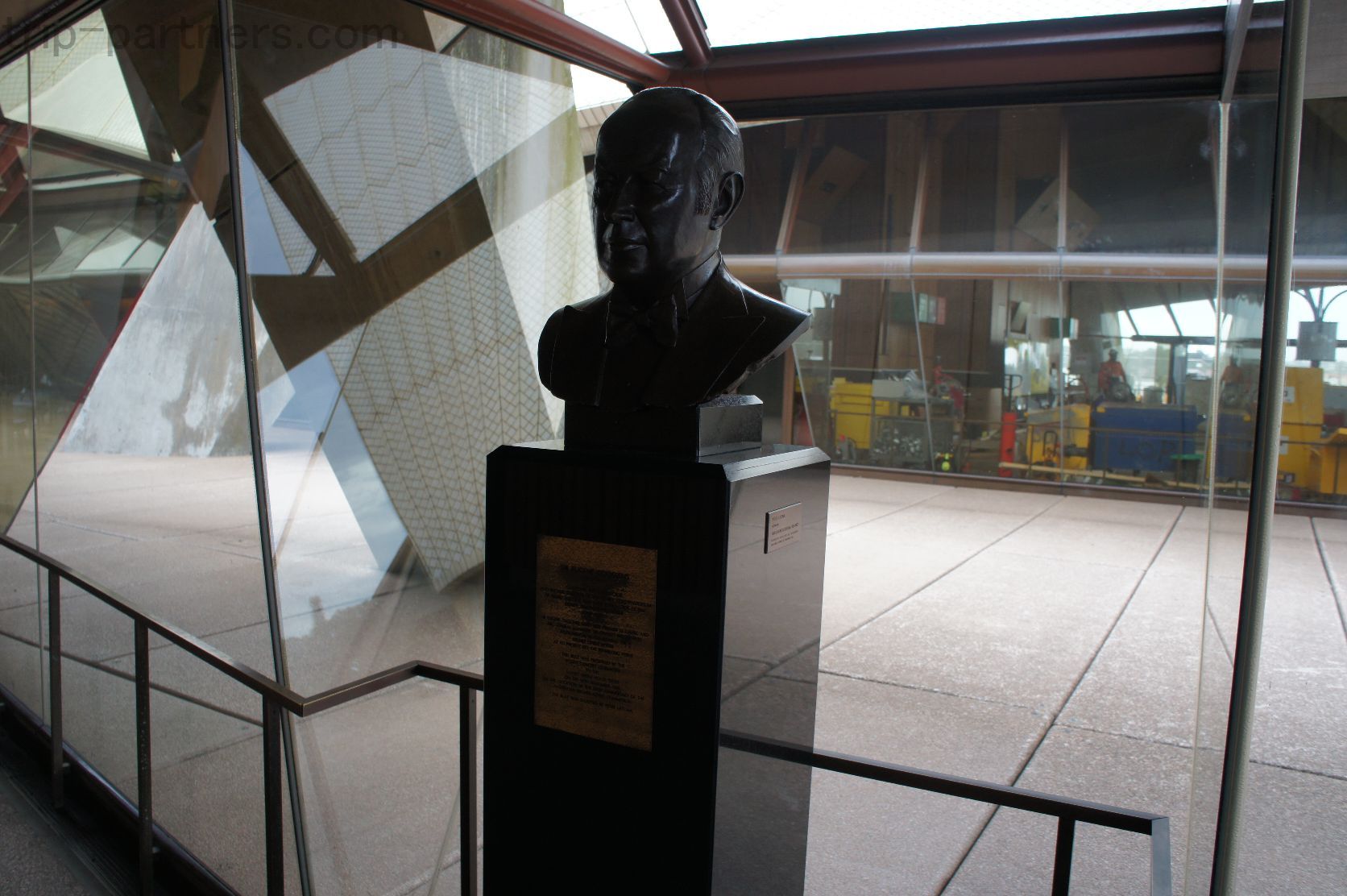 This wonder if Opera House builder Jørn Utzon of the statue?

This Utsuson's、It was devised the Opera House, but I was good、Because of the difficulties it is architecture as described earlier、At the time of the Australian public works phase Davis Hughes (Davis Hughes) and the big fight、Settlement that then is removed from the person in charge。Angry Utsuson is will be returned to the motherland Denmark、Took over the will of Utsuson person has completed。

And to the outdoors 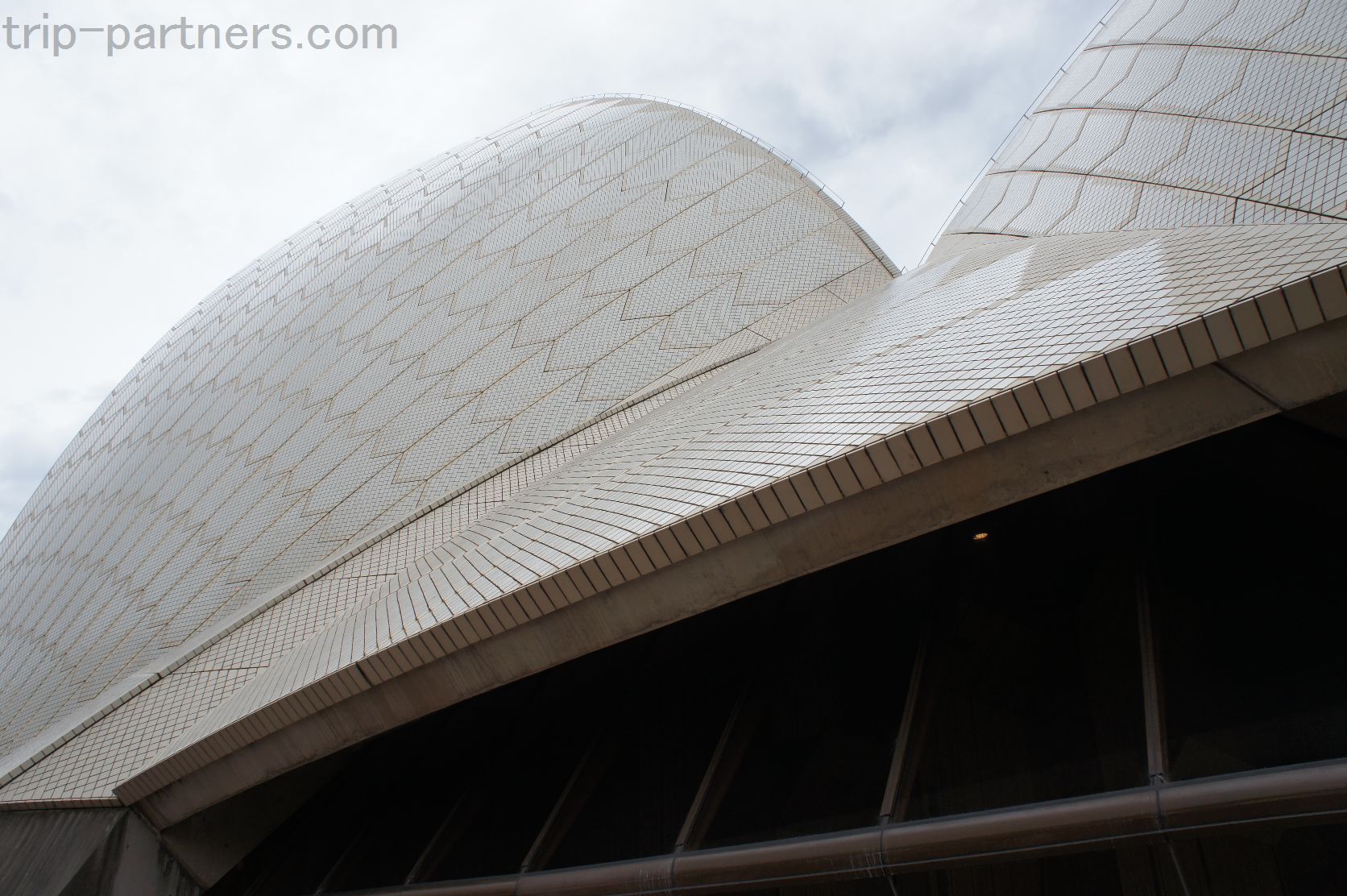 Finally out of the Opera House。That found the shell roof up close is only the timing among the tour! 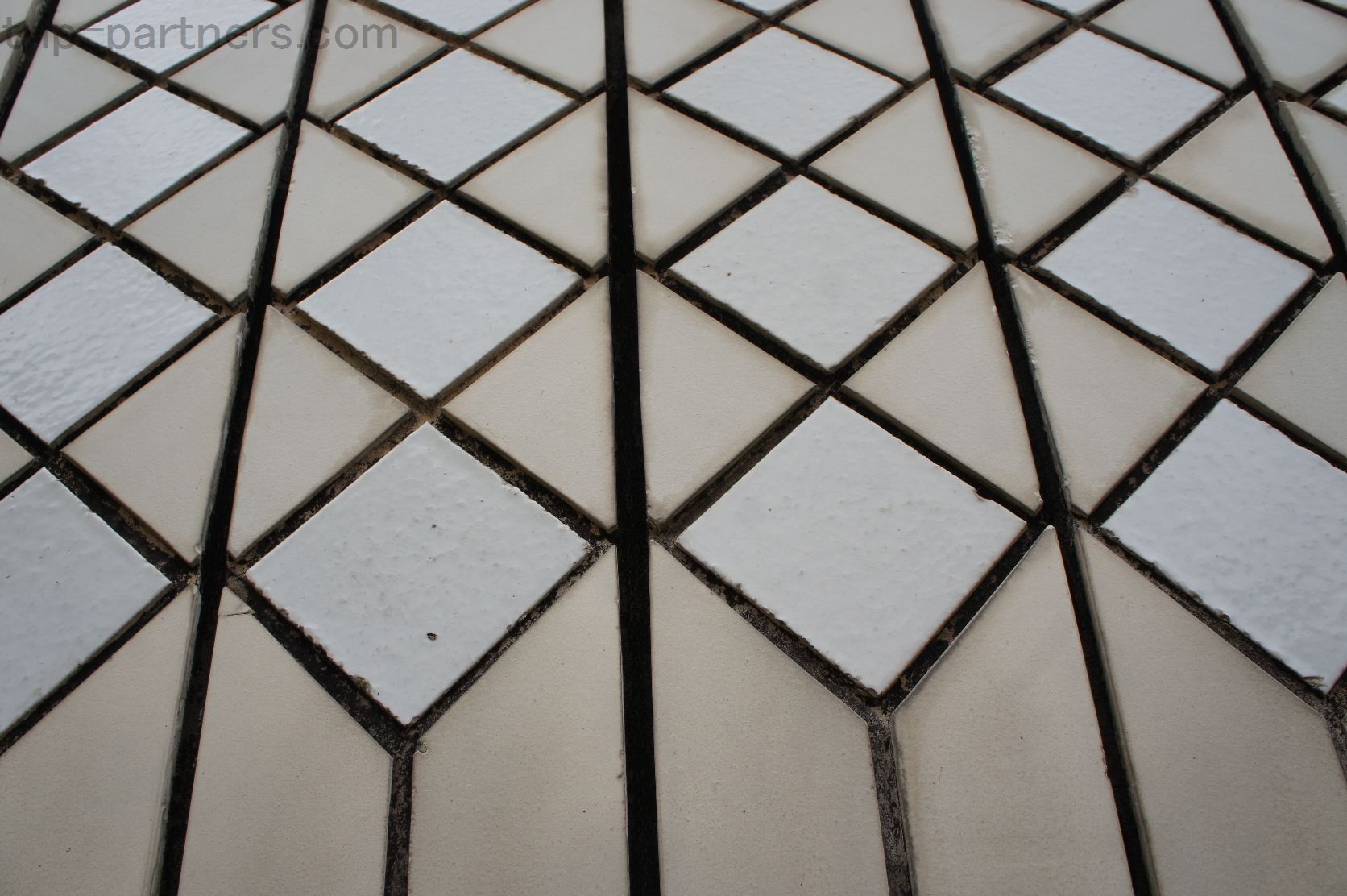 You can take in the corn a close! 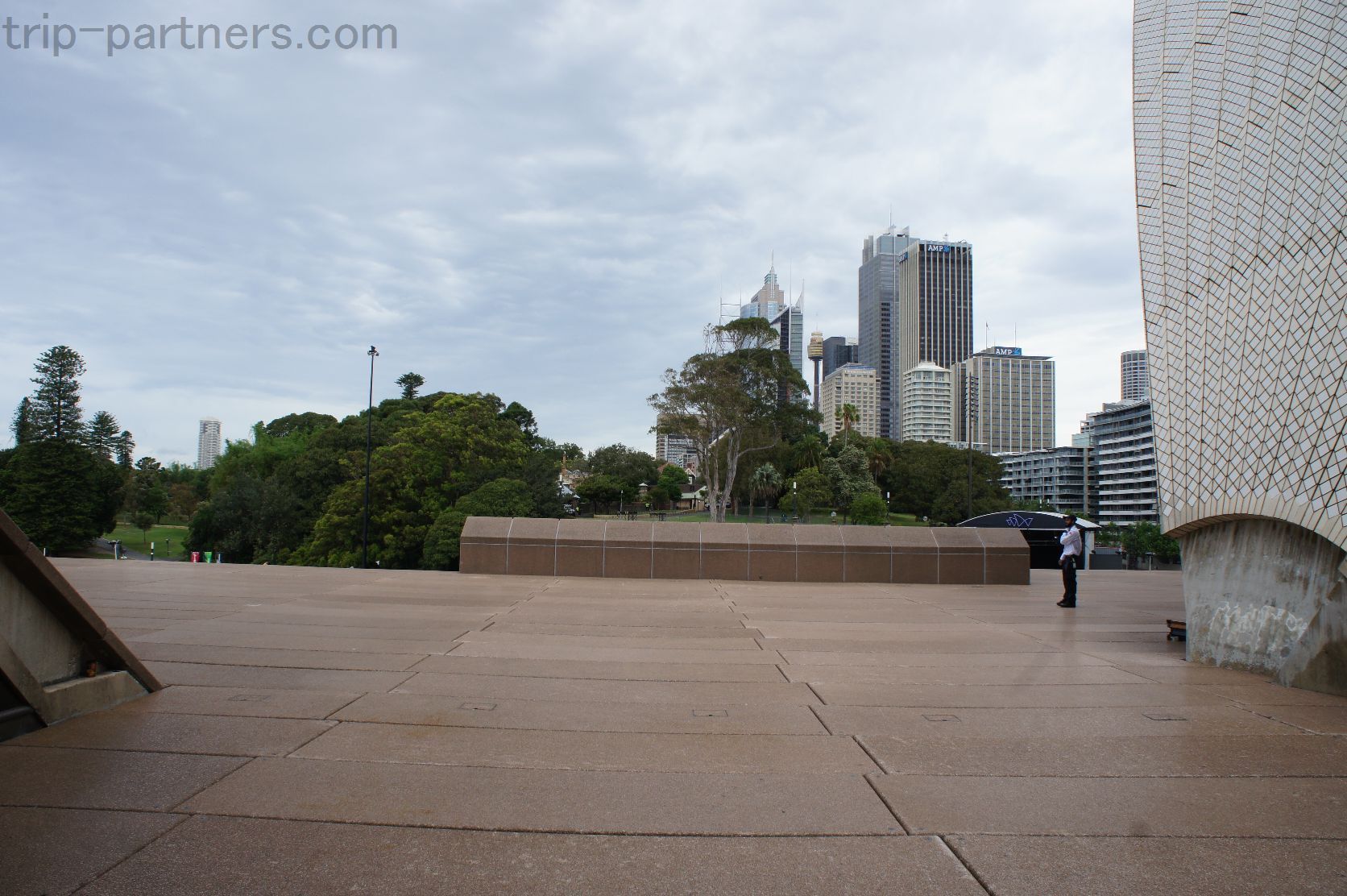 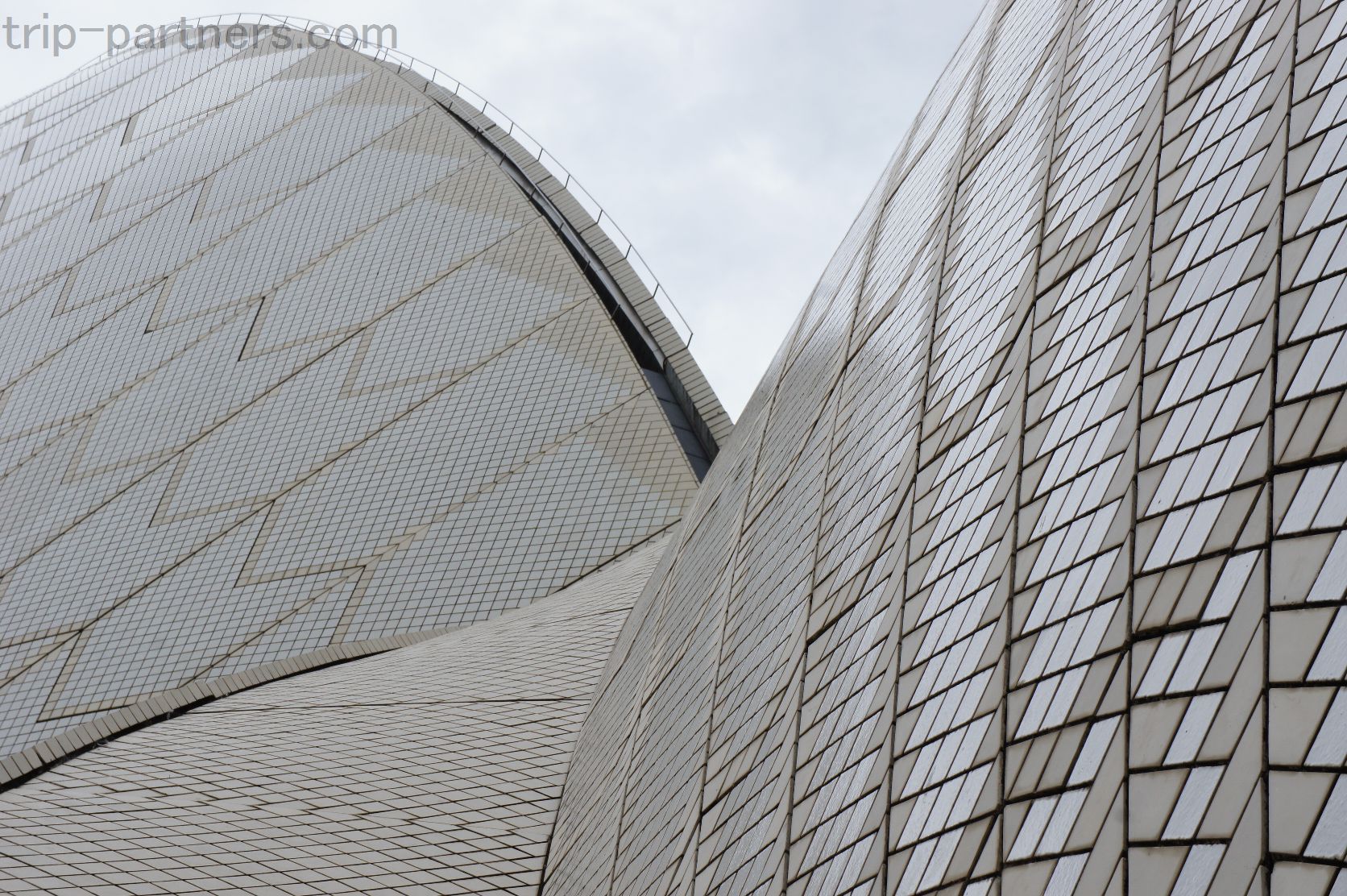 It seems climb is where there is a handrail that appear near the top that。It does not Unfortunately, the general public is going。 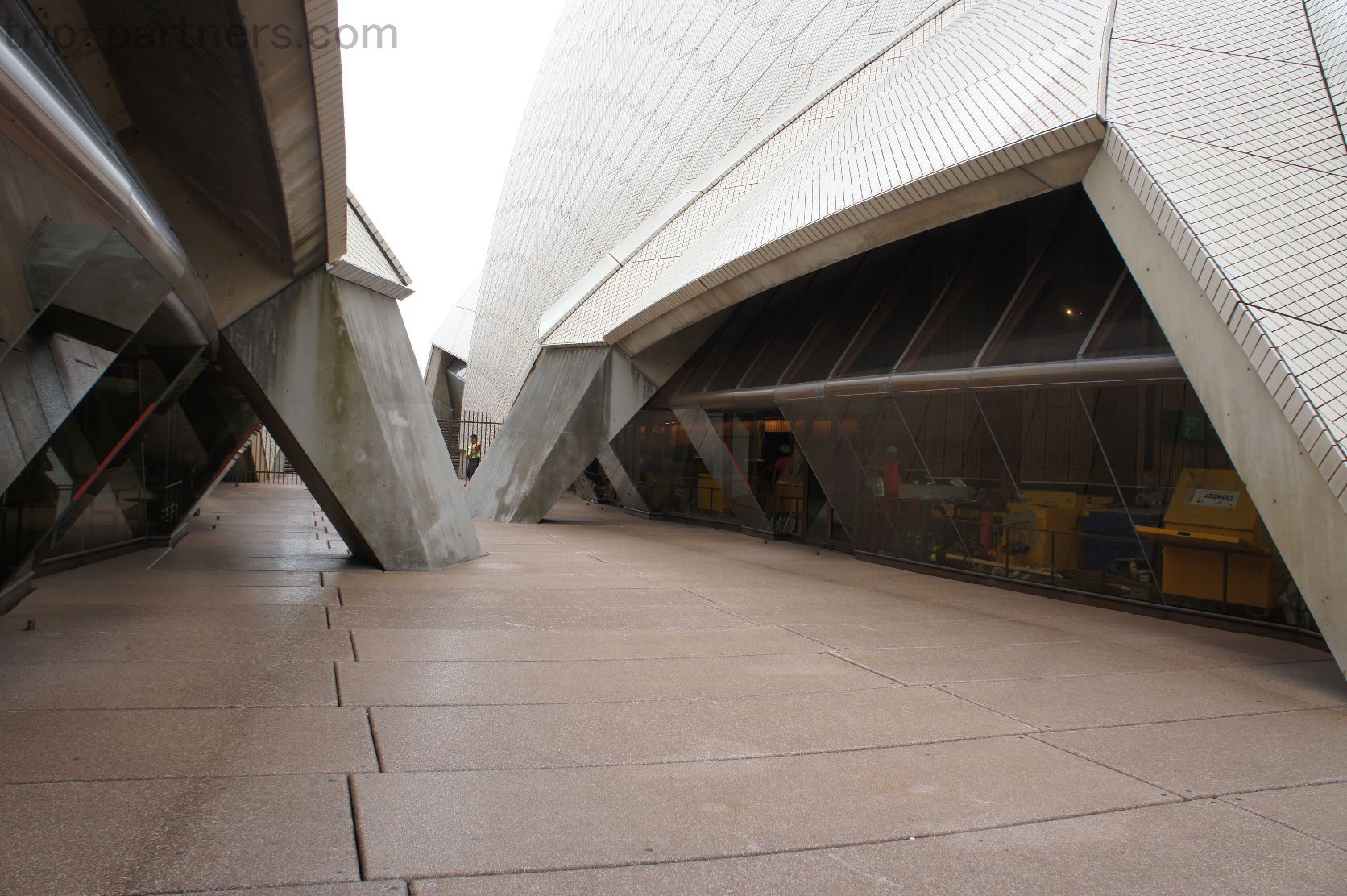 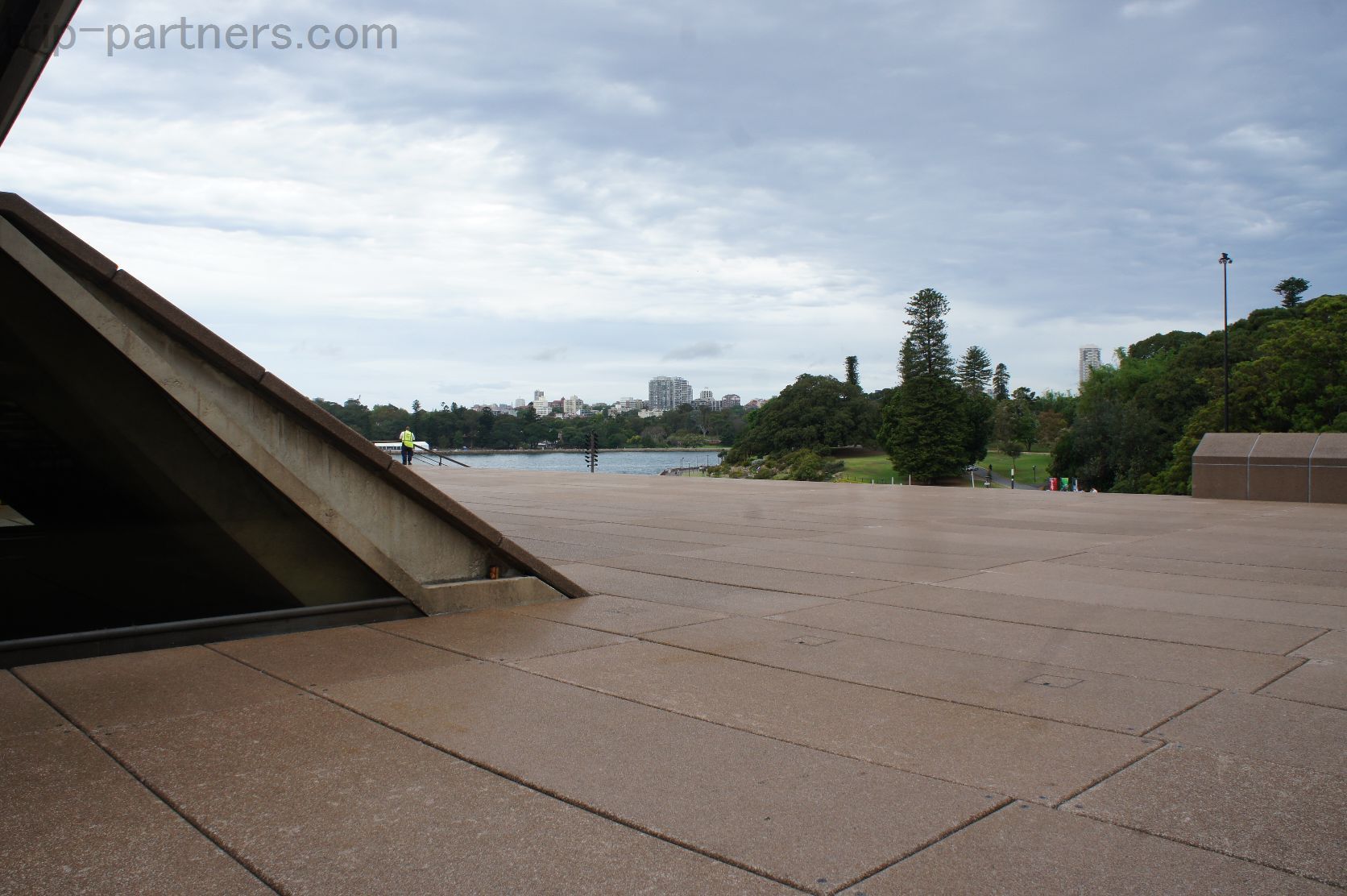 Finally, the Royal Botanical Gardens towards photos before returning to the middle。 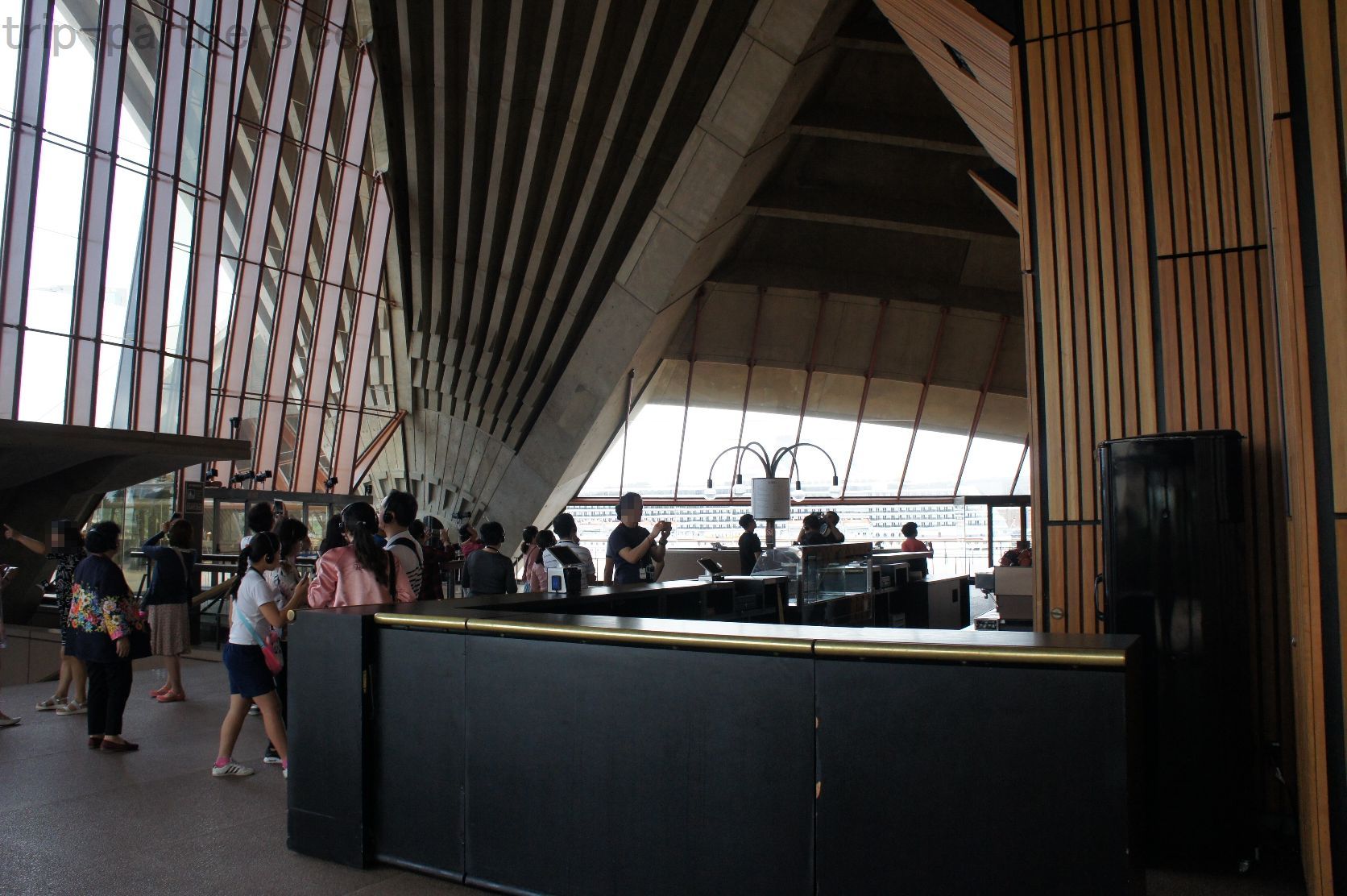 It is already tour start members and back to the entrance。Hear the language has been, of course Chinese。 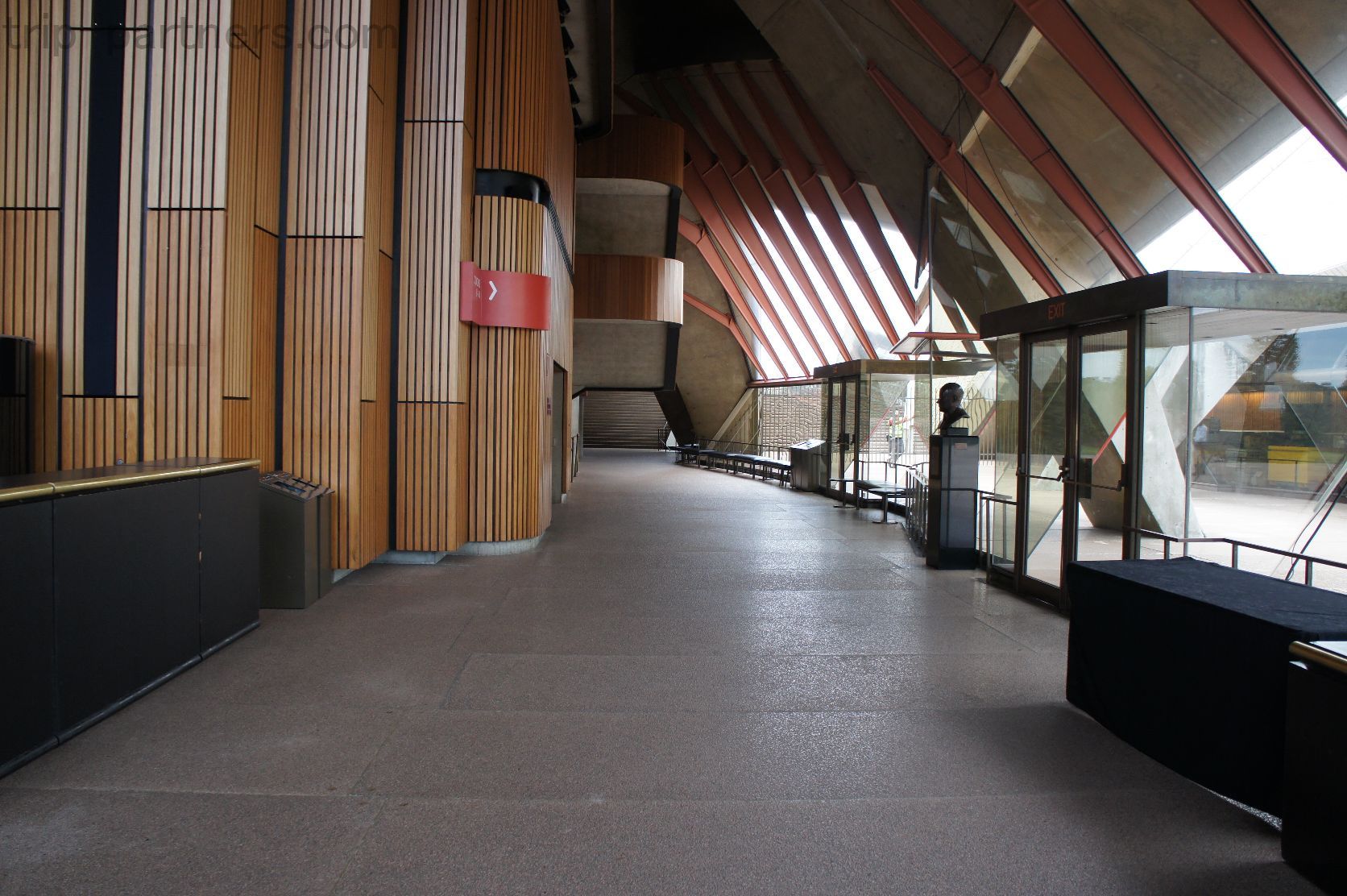