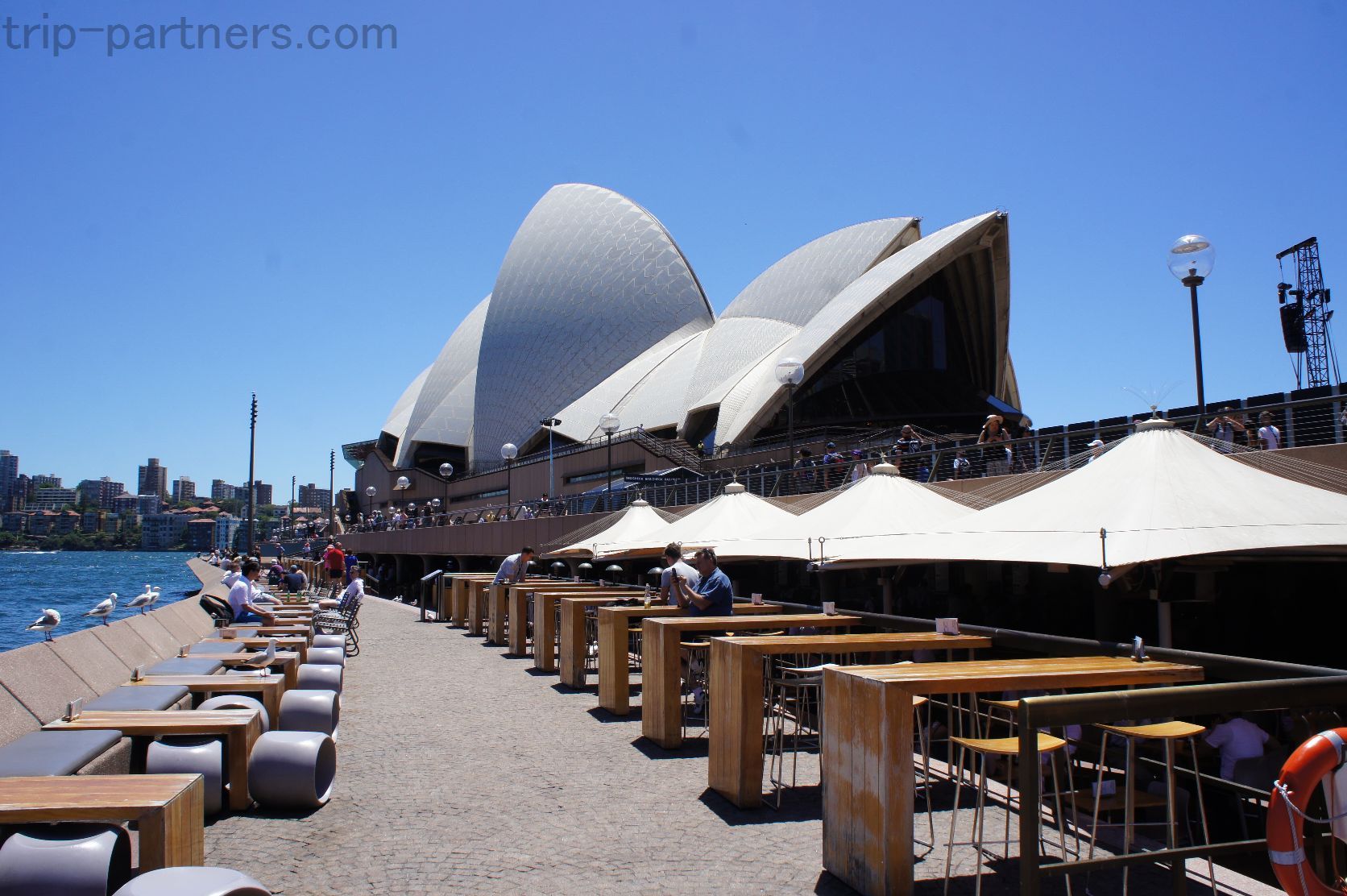 Finally the Opera House in the five first Sydney article。Perhaps everyone to think of speaking of Sydney tourist destination would be the Sydney Opera House。I think there are more to come from the side of Circular Quay Station、This time, it has become a visit from the Royal Botanic Gardens side。 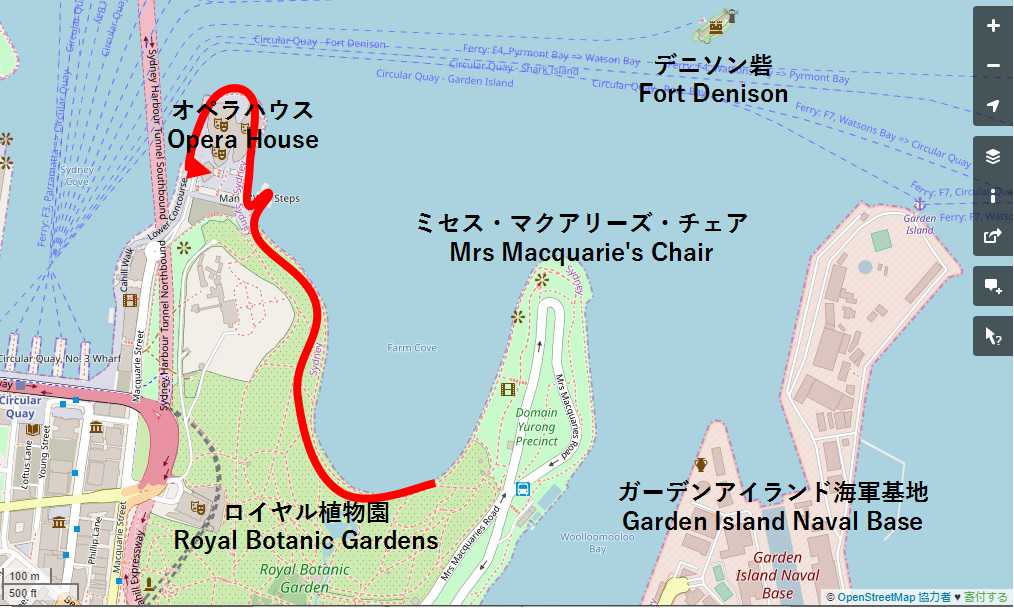 All round round the back in such a feeling。The long-awaited kana Let's also go to the back side not seen on TV everyday since I came to Dari Sydney-kun。Just good for a walk because walking the Botanical Gardens along the bay。I You can either landscape!

Through the Botanical Gardens to the site of the Opera House 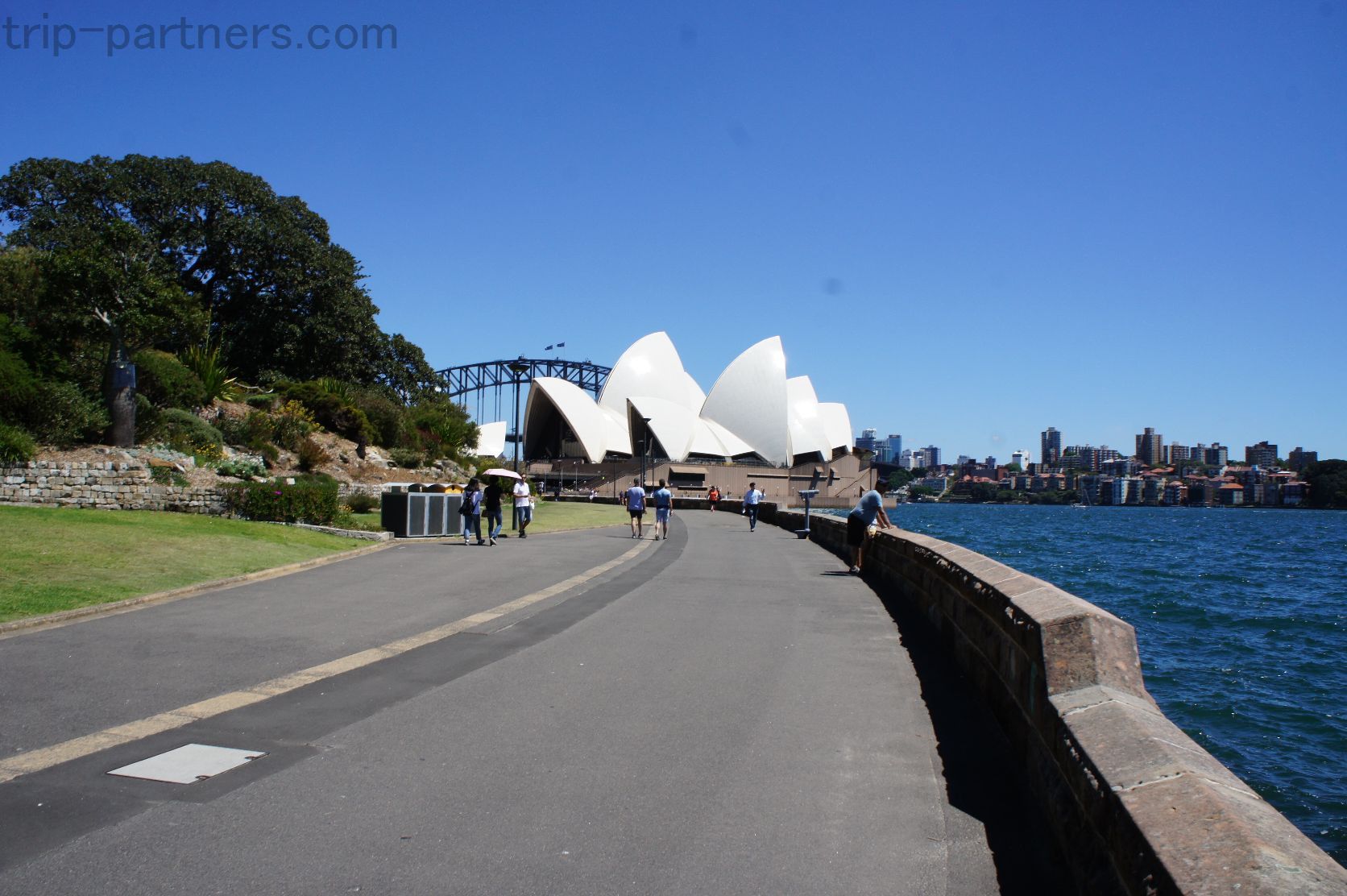 Only walk single-mindedly along the river from Mrs. Makuarizu Chair。Since the tourist destination that I thought that there are many people did not have so much。This side is I or would I have become surprisingly beaten path。 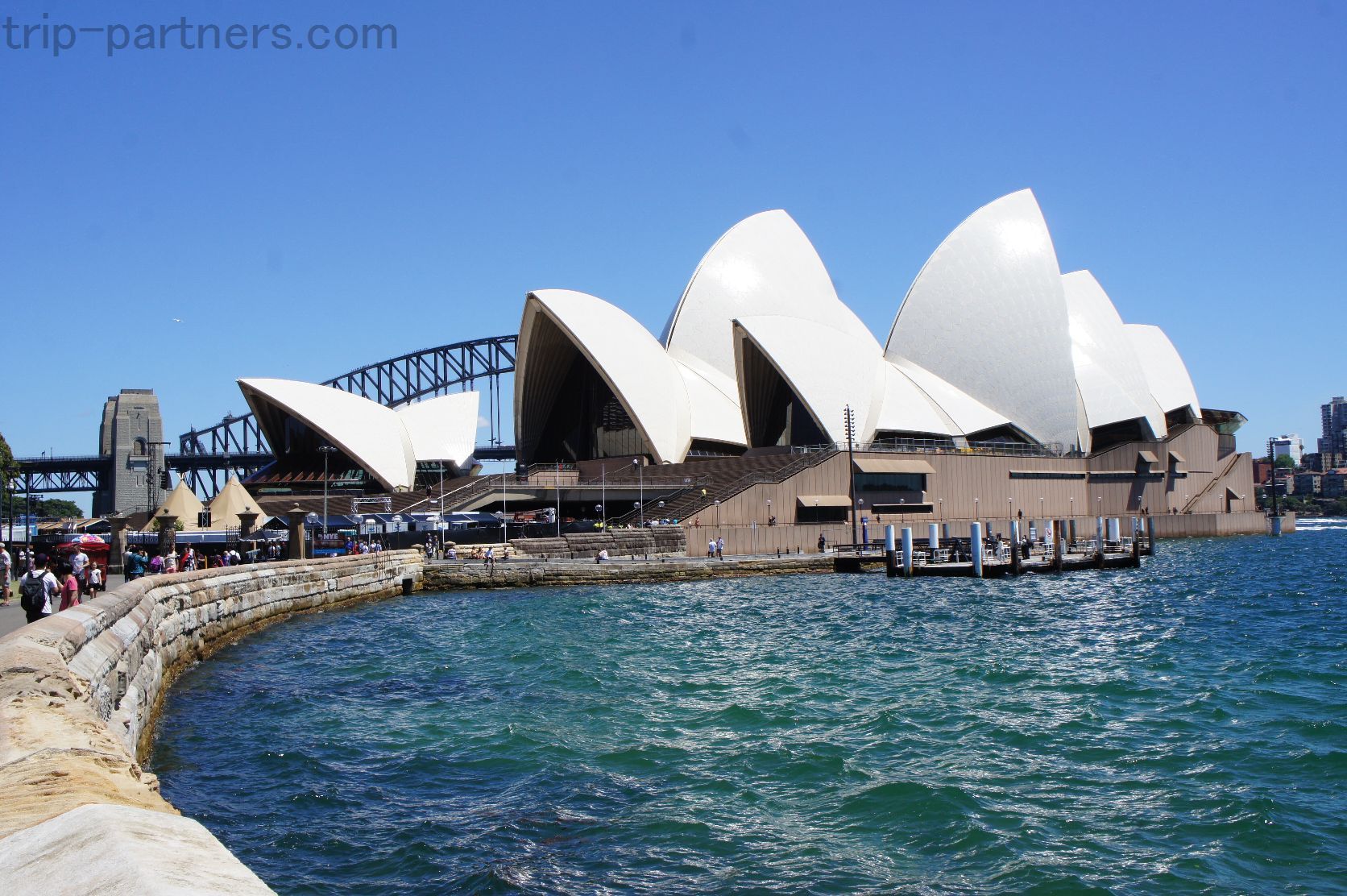 Shell roof object to come gradually increases。It has a little strong wind、Pleasant than an early summer! You can see this、The I Opera House it's made up of three buildings。Well, in the next article Nde to introduce the Opera House tour details at that time。 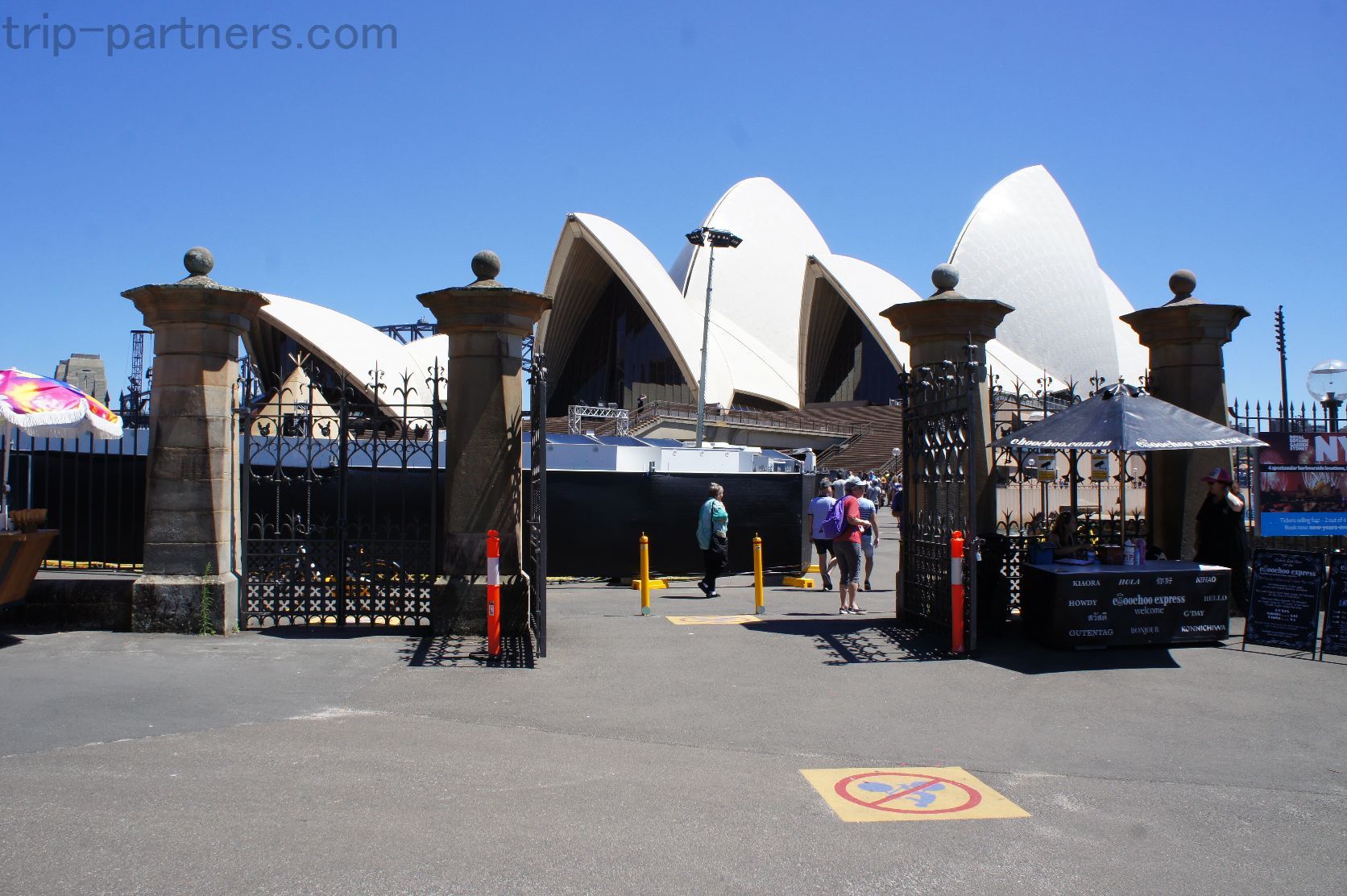 So whether you pass under the gate。

First of all from the side of the Opera House 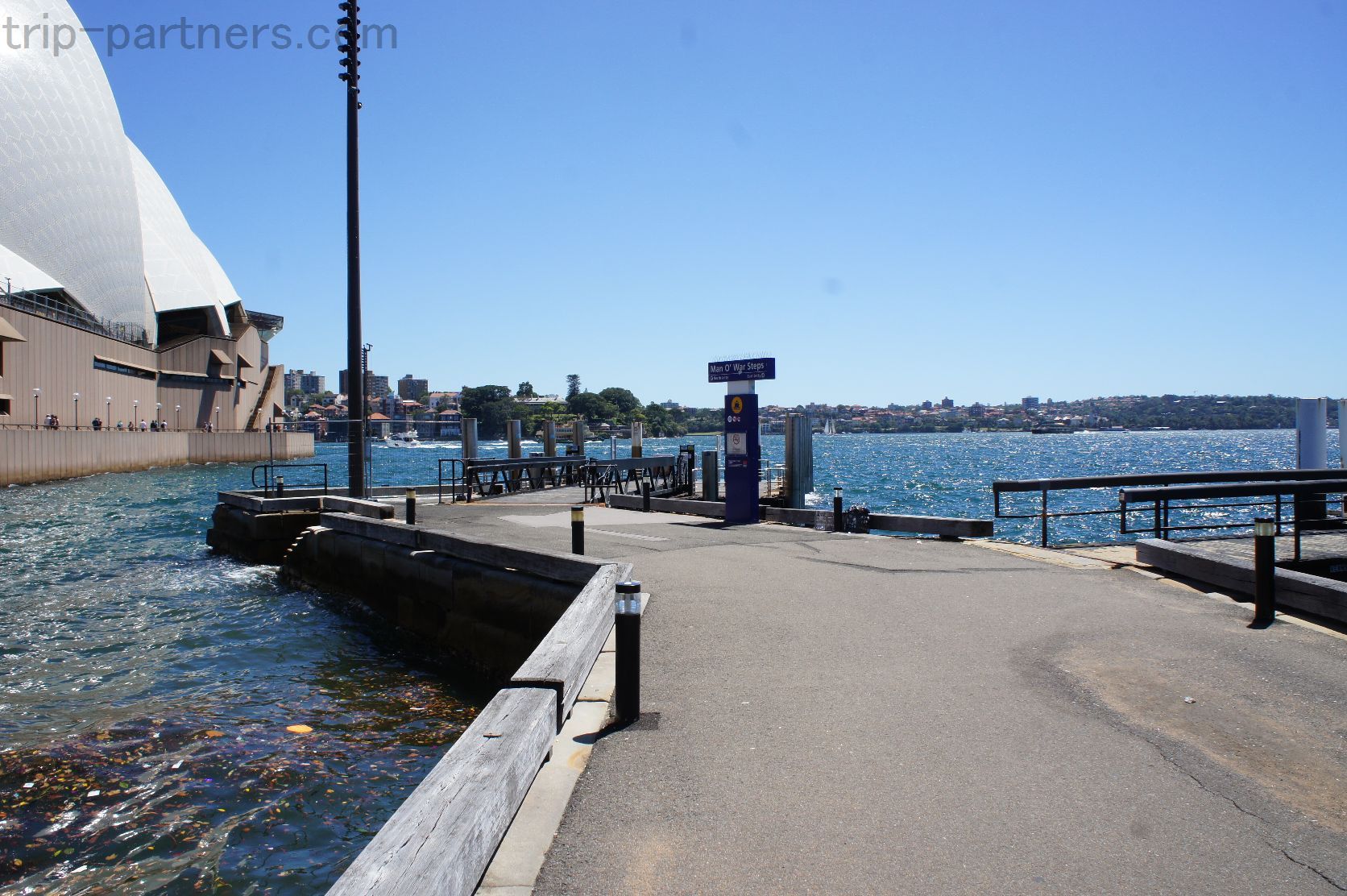 (Kke I say pier?) Protruding place in such a river right next to the building as the kana Let's stop by Nde there was a。In particular, but nothing's is unlikely。 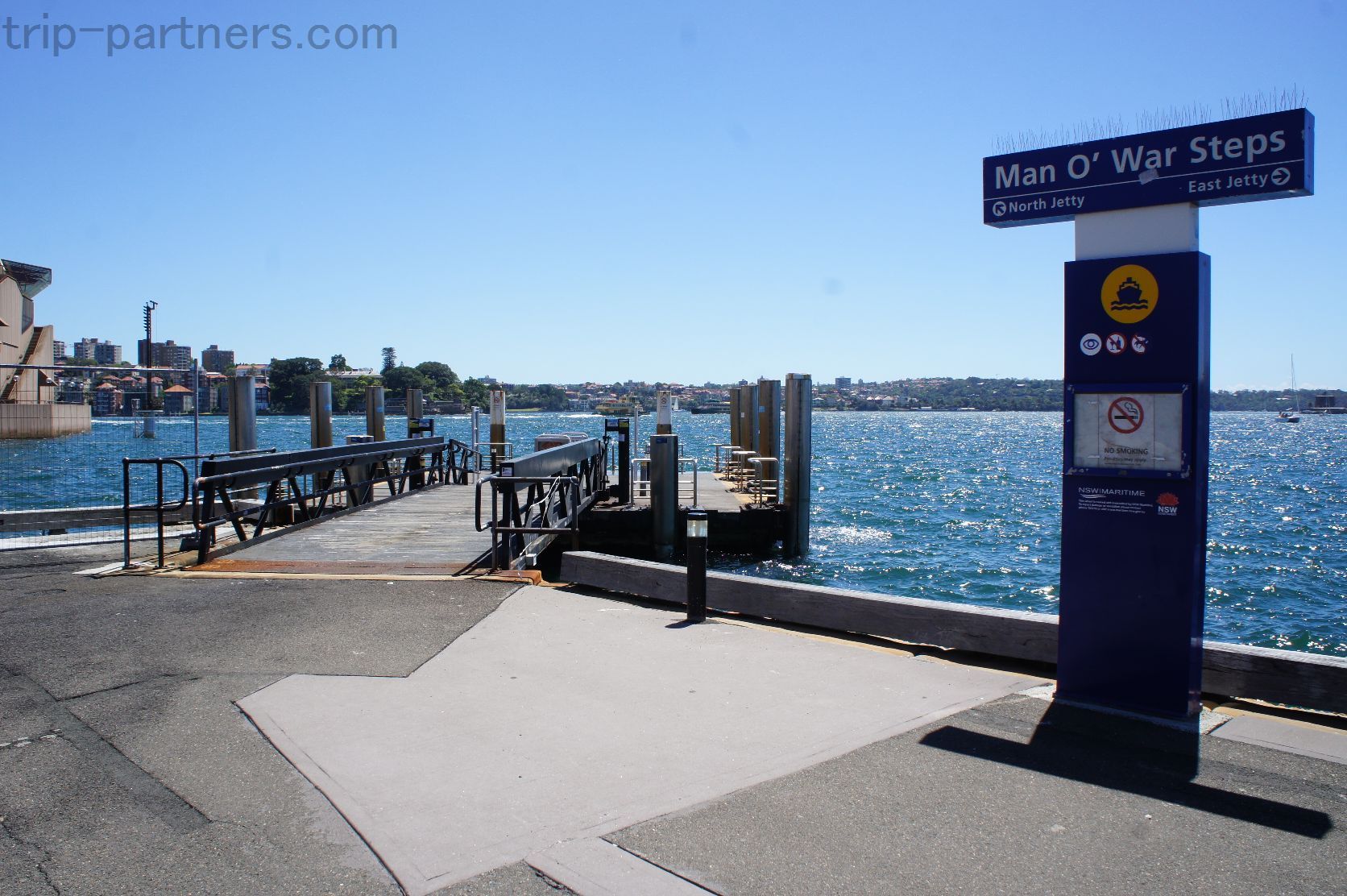 Because I do know Man O word Steps (Man O War Steps Opera House) to I say in ...... Japanese seems to Toko I katakana polarimetric reading of pardon。 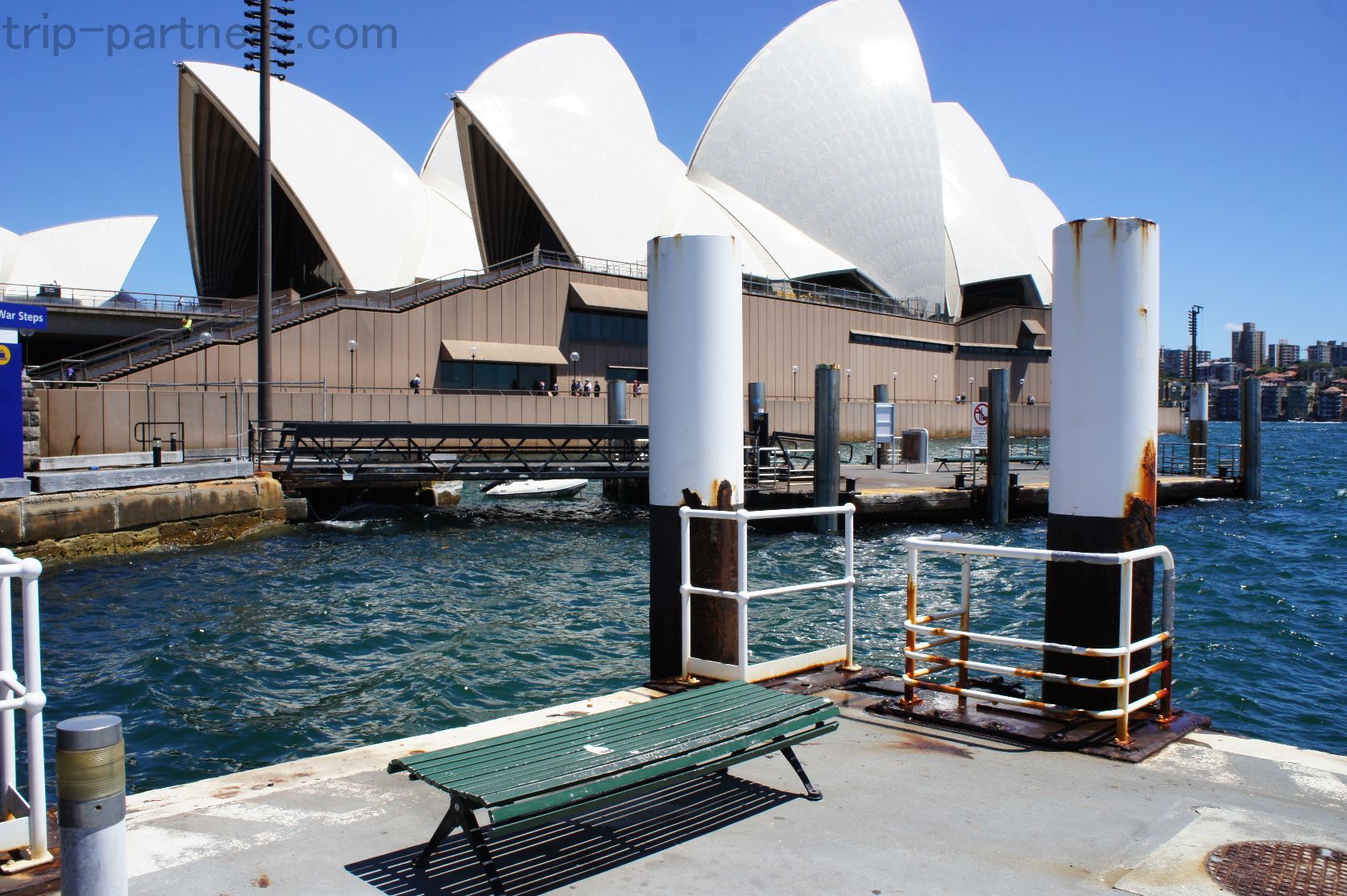 Now、Let's directed to the Opera House! 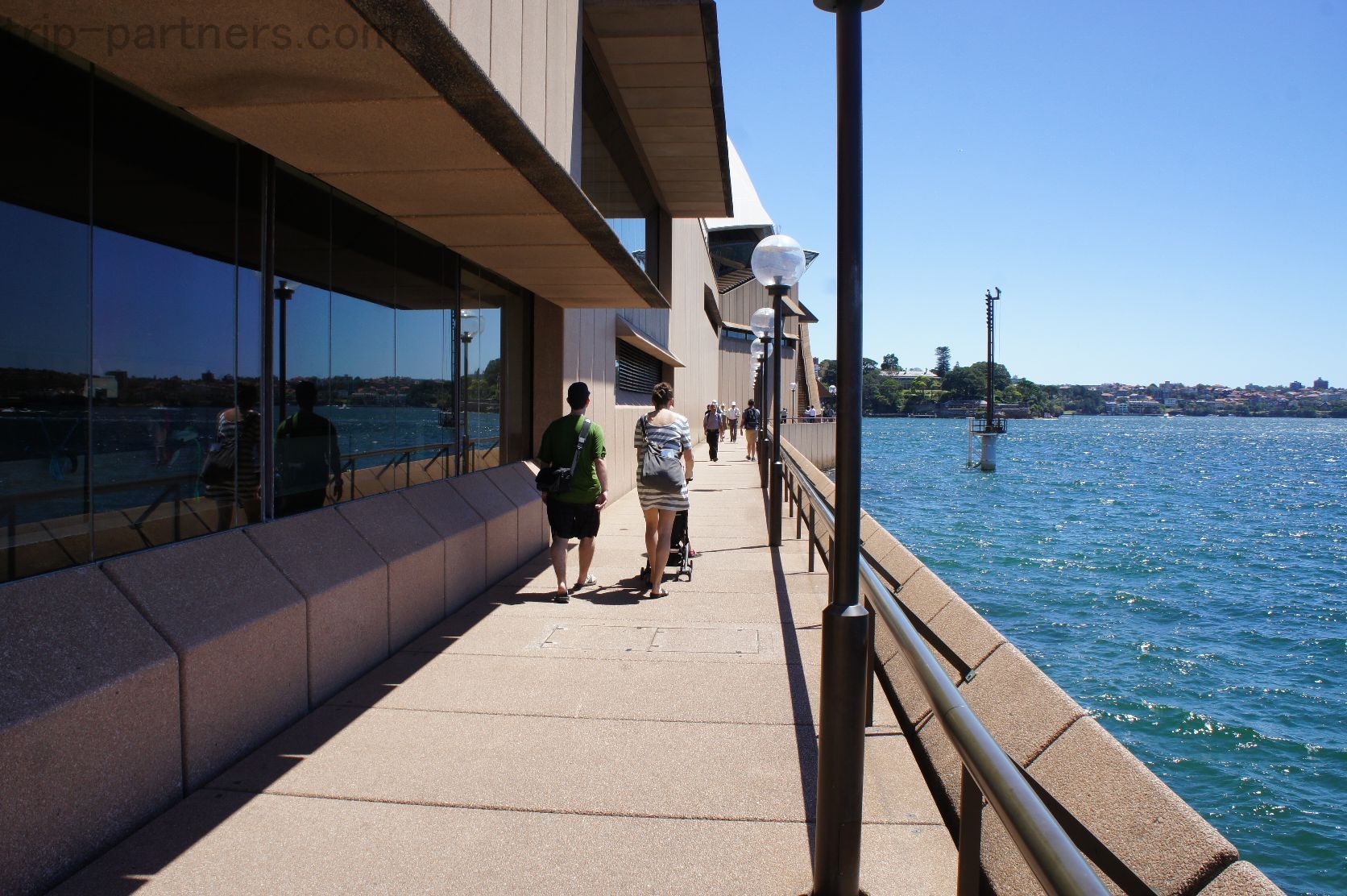 The side of the road is so narrow。Moreover, people also less。Night, I guess I am sure clean shining this lamp!

To the back side of the Opera House 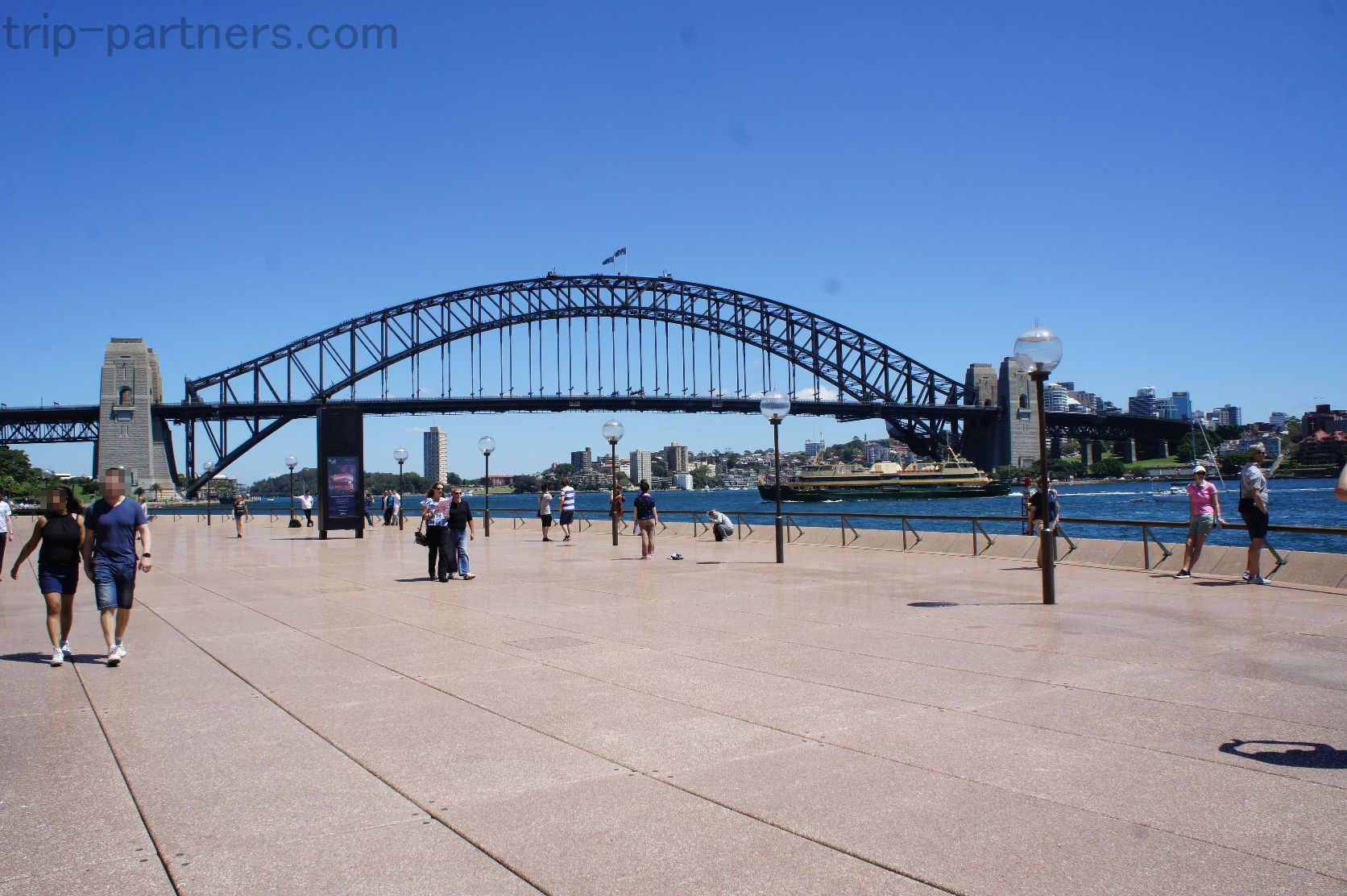 I came out on the back! ! Than expected in the wide space 😮 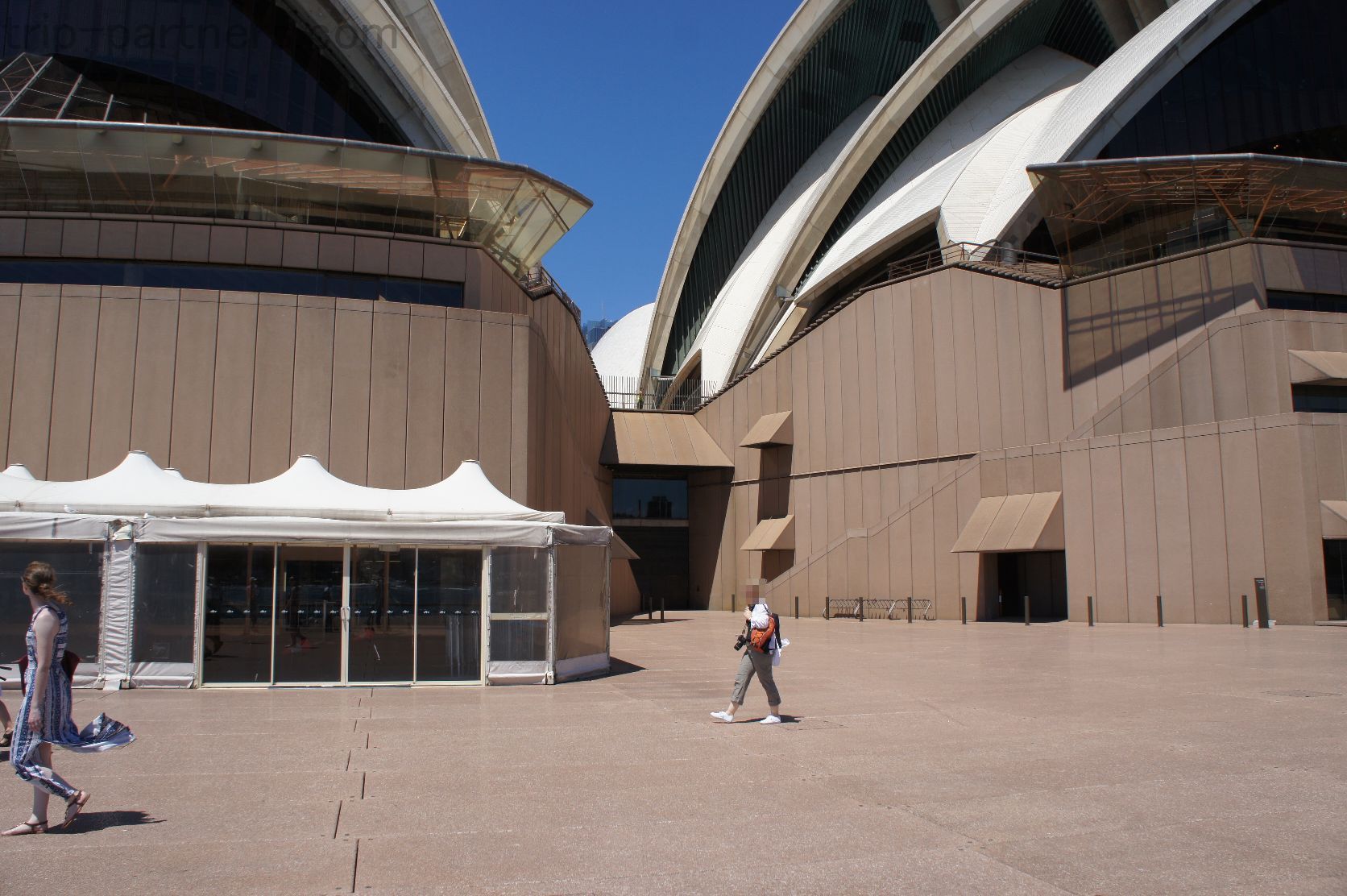 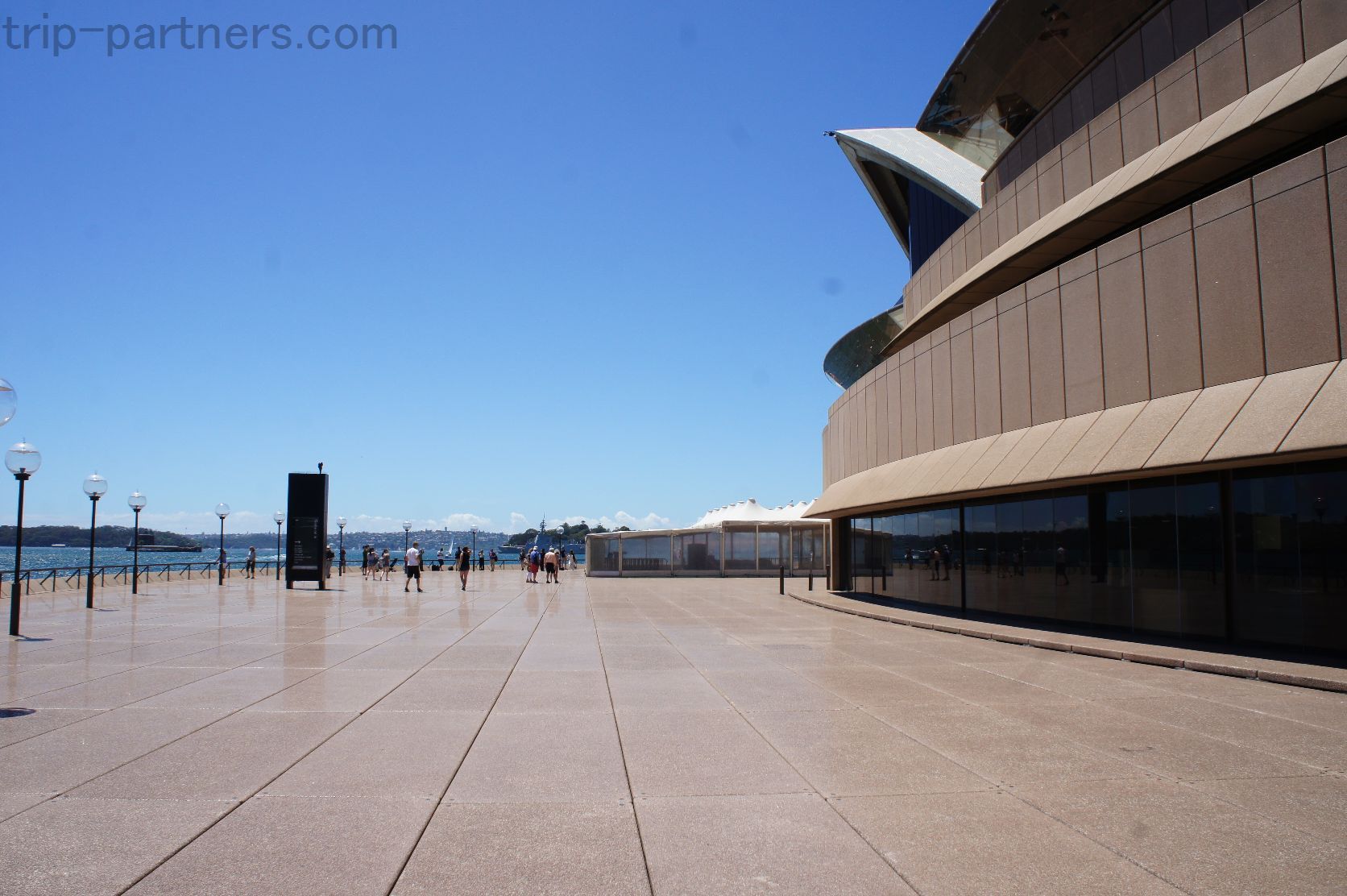 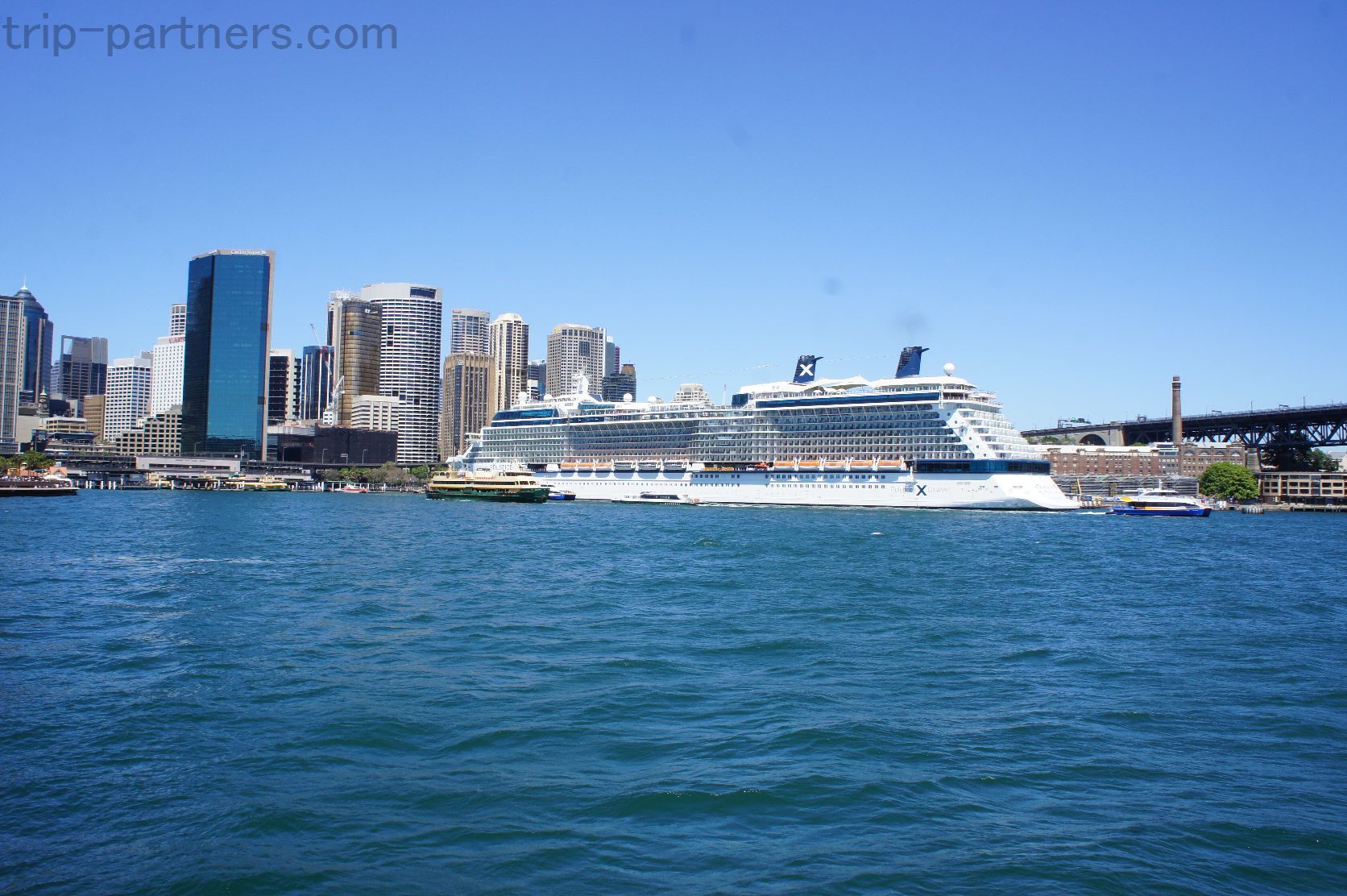 Since the go this time will be of the three places、I'm a mean will be around on their own, but I。Because the luxury liner is the goodness of luxury liner、The next opportunity I think I might try riding on this you have any。 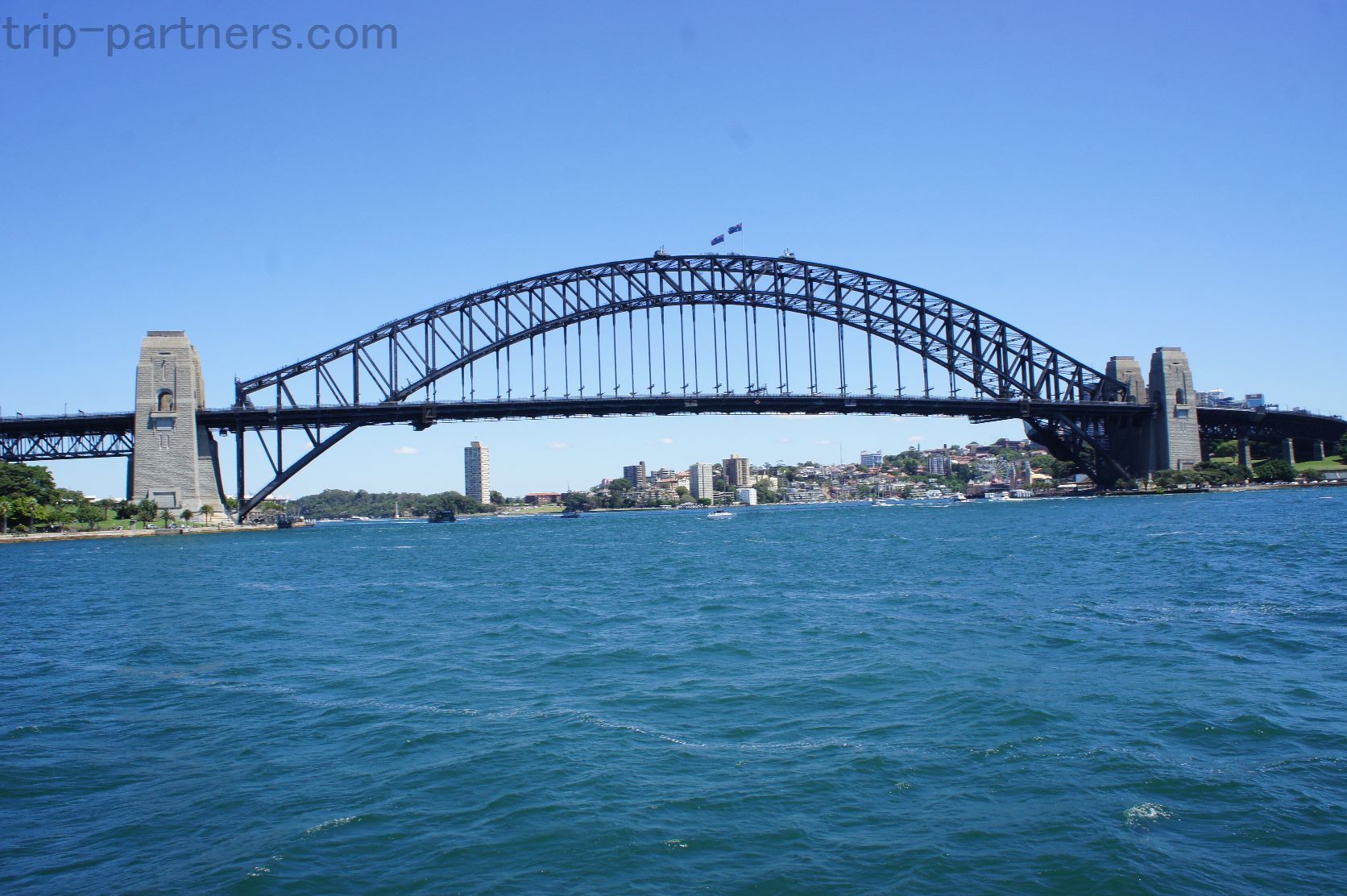 Hog Harbor Bridge 😆 would be what。Or actually when I was looking at this landscape that exhilaration、Deep feeling that I was not tasted the mood I do transmitted that it is ...... photo 🙄 still Sydney high-rise building、I think it is difficult panorama feeling of 360 ° Tteyuu Opera House 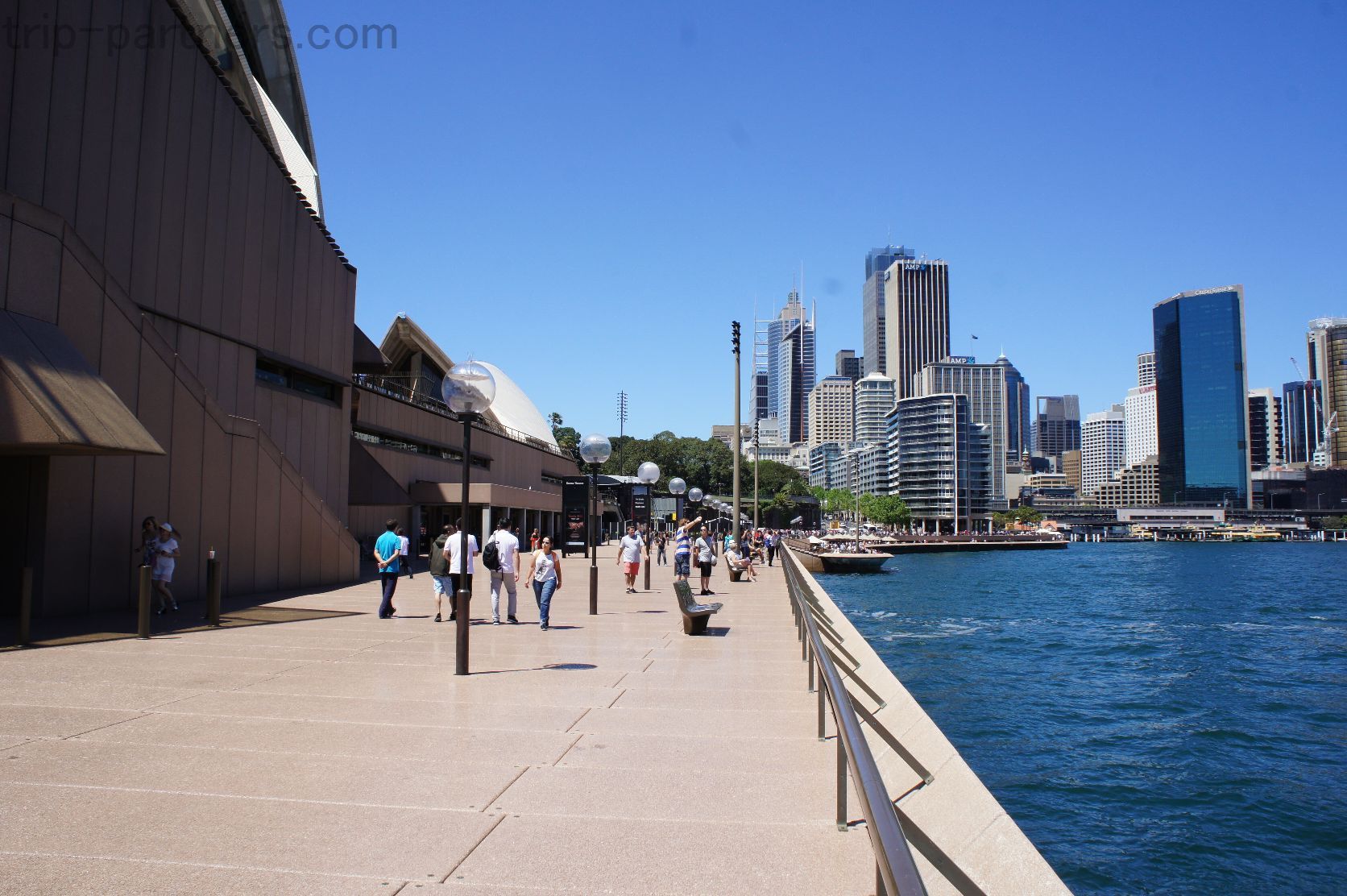 Finally inside the Opera House 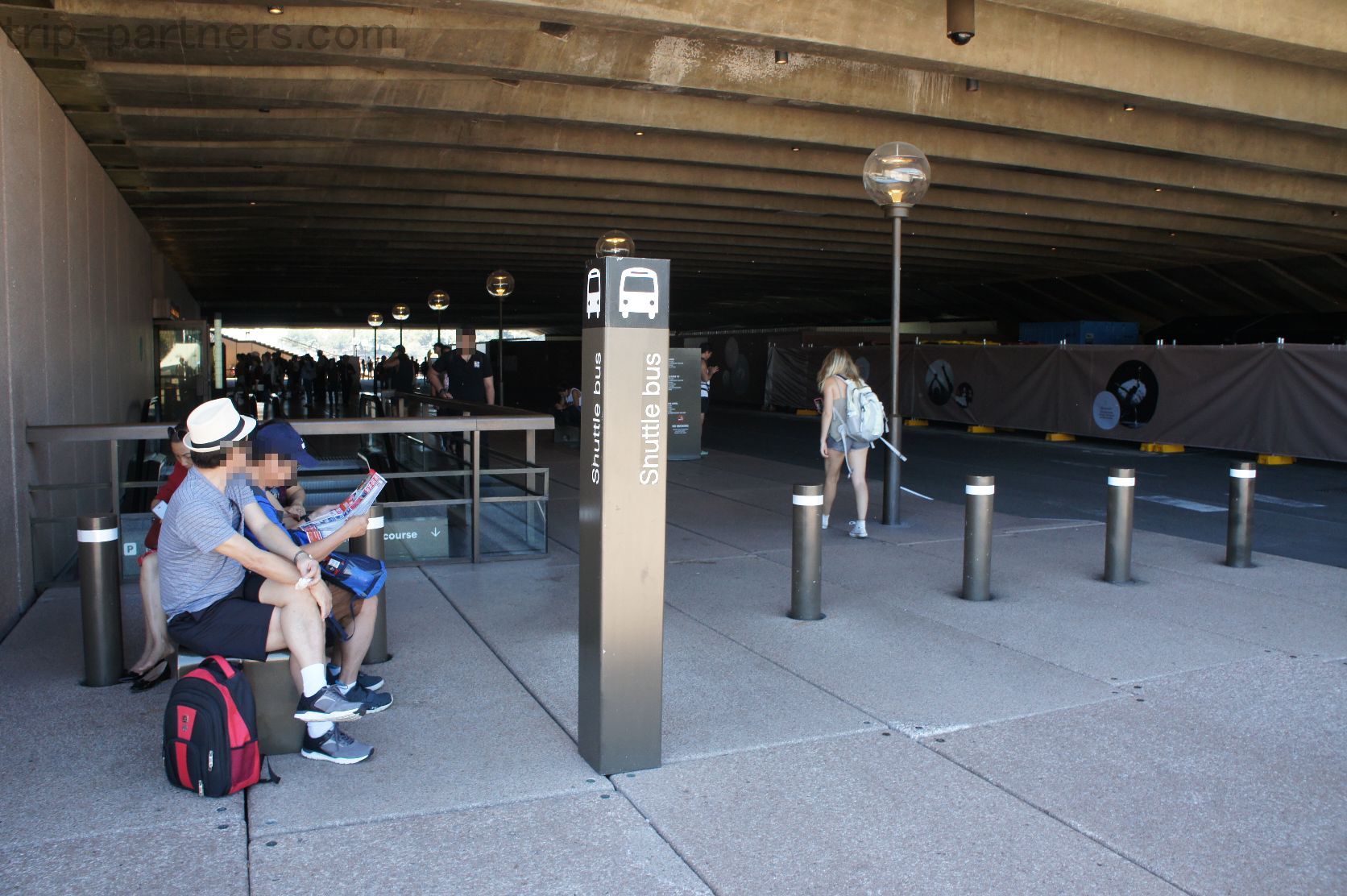 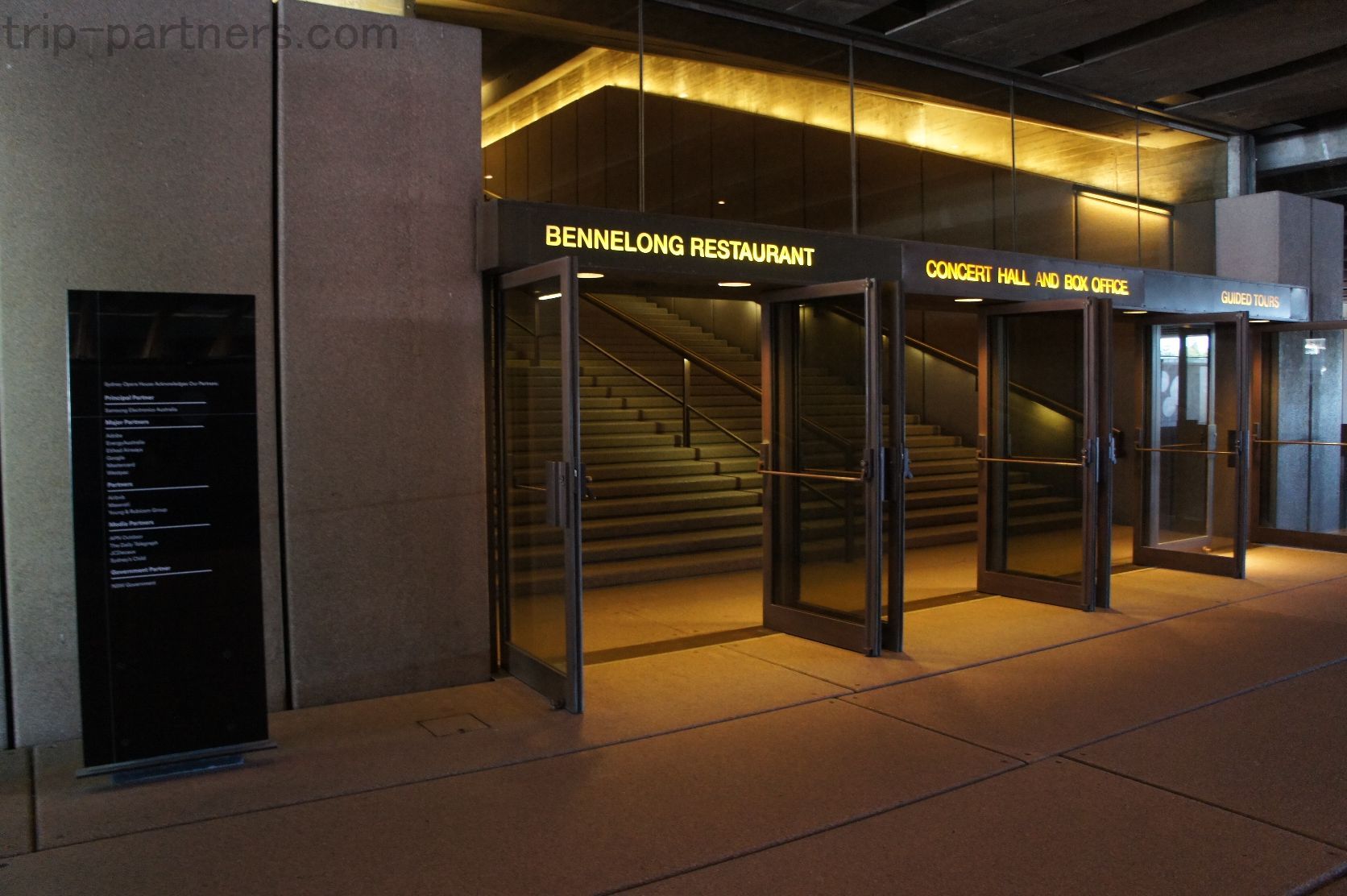 This dim the entrance。Let's up the stairs。 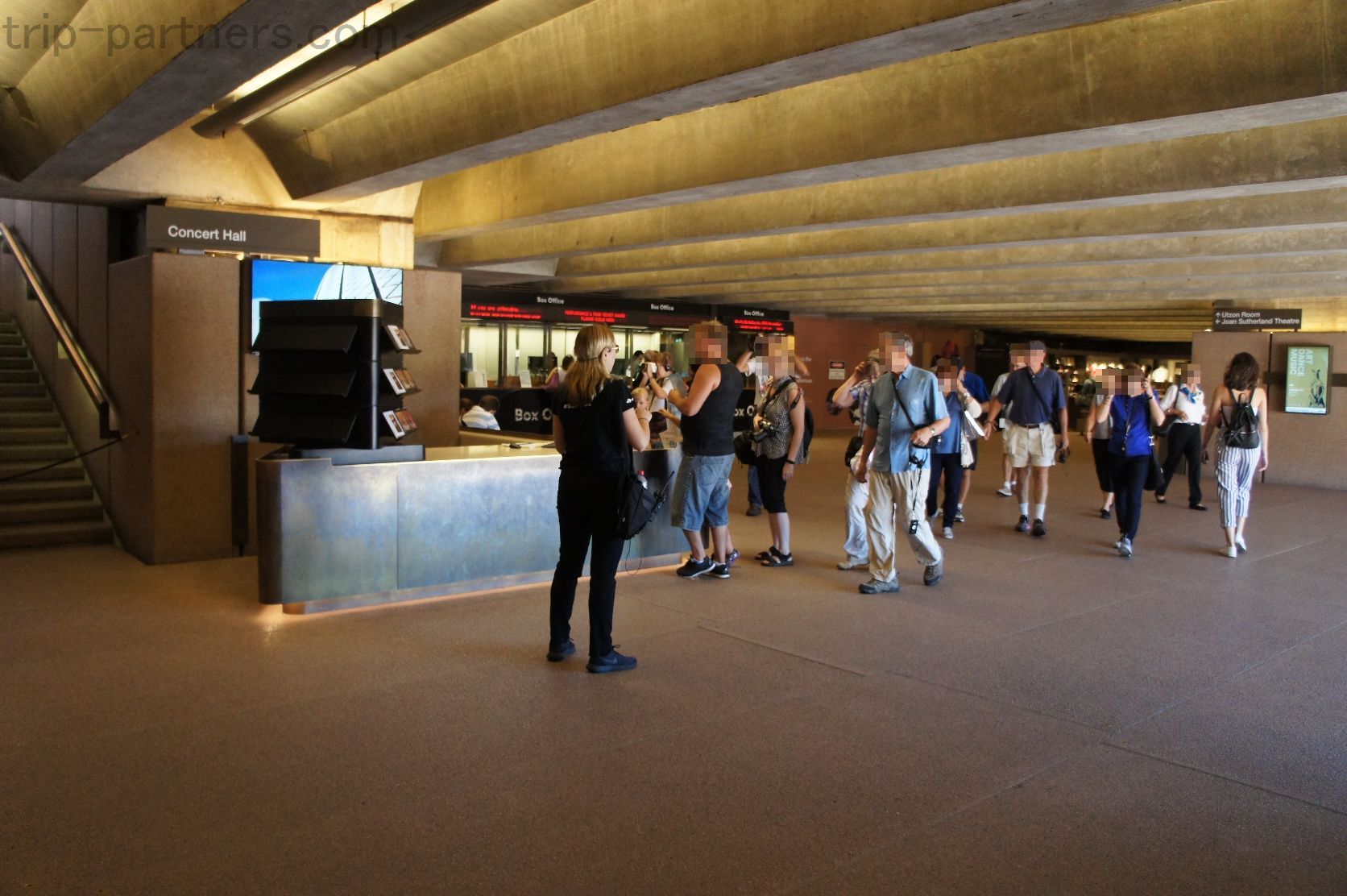 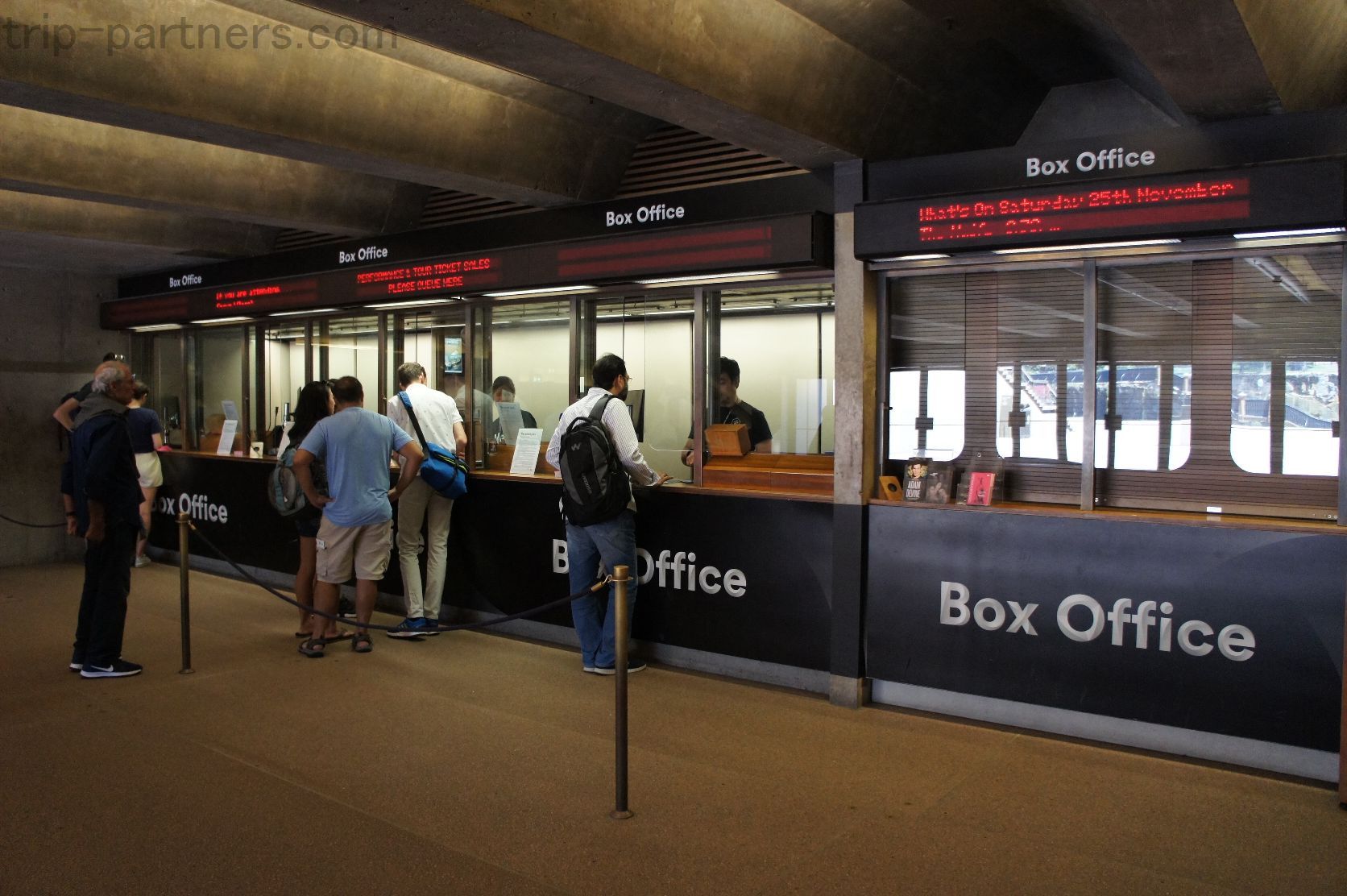 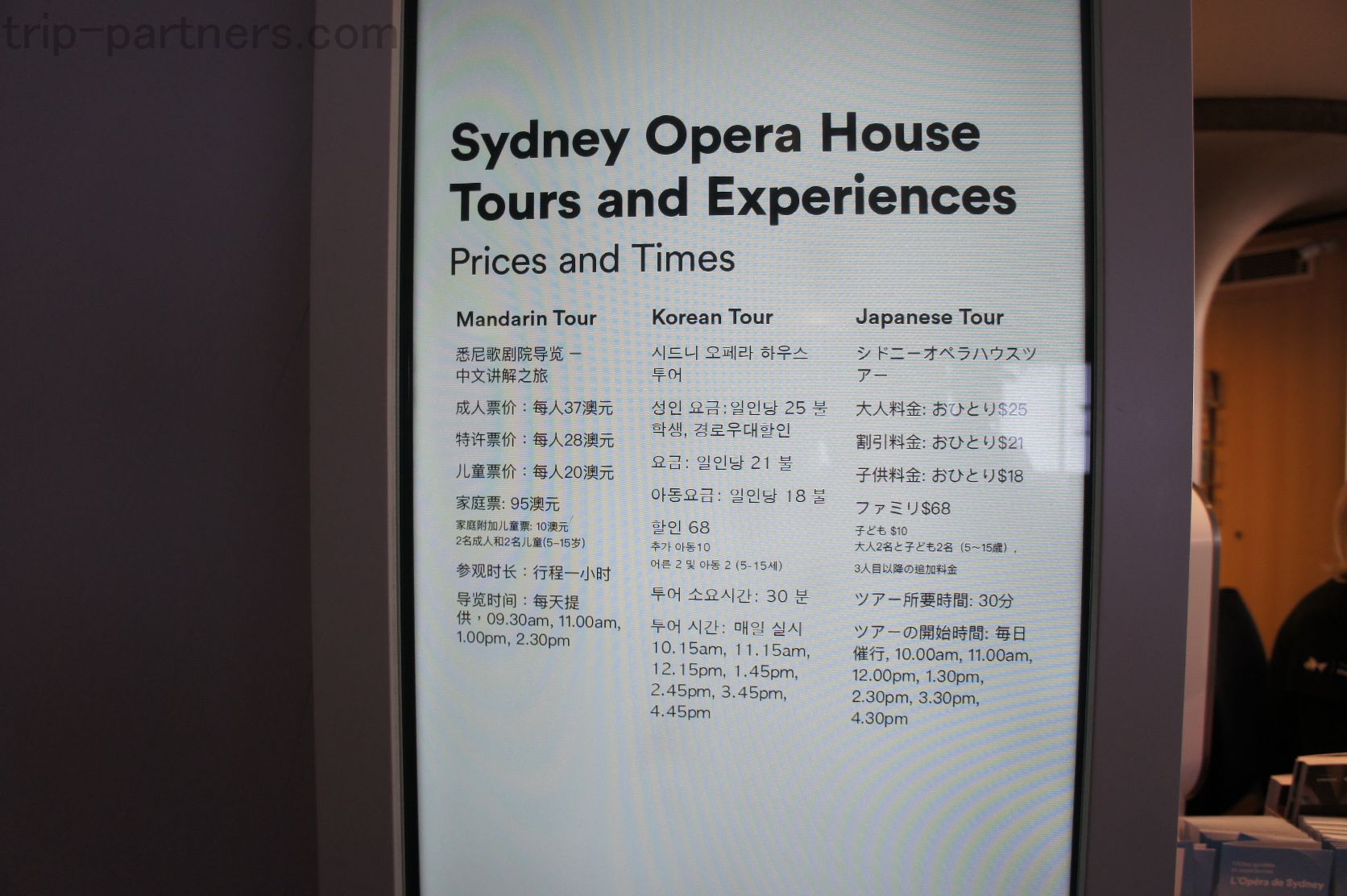 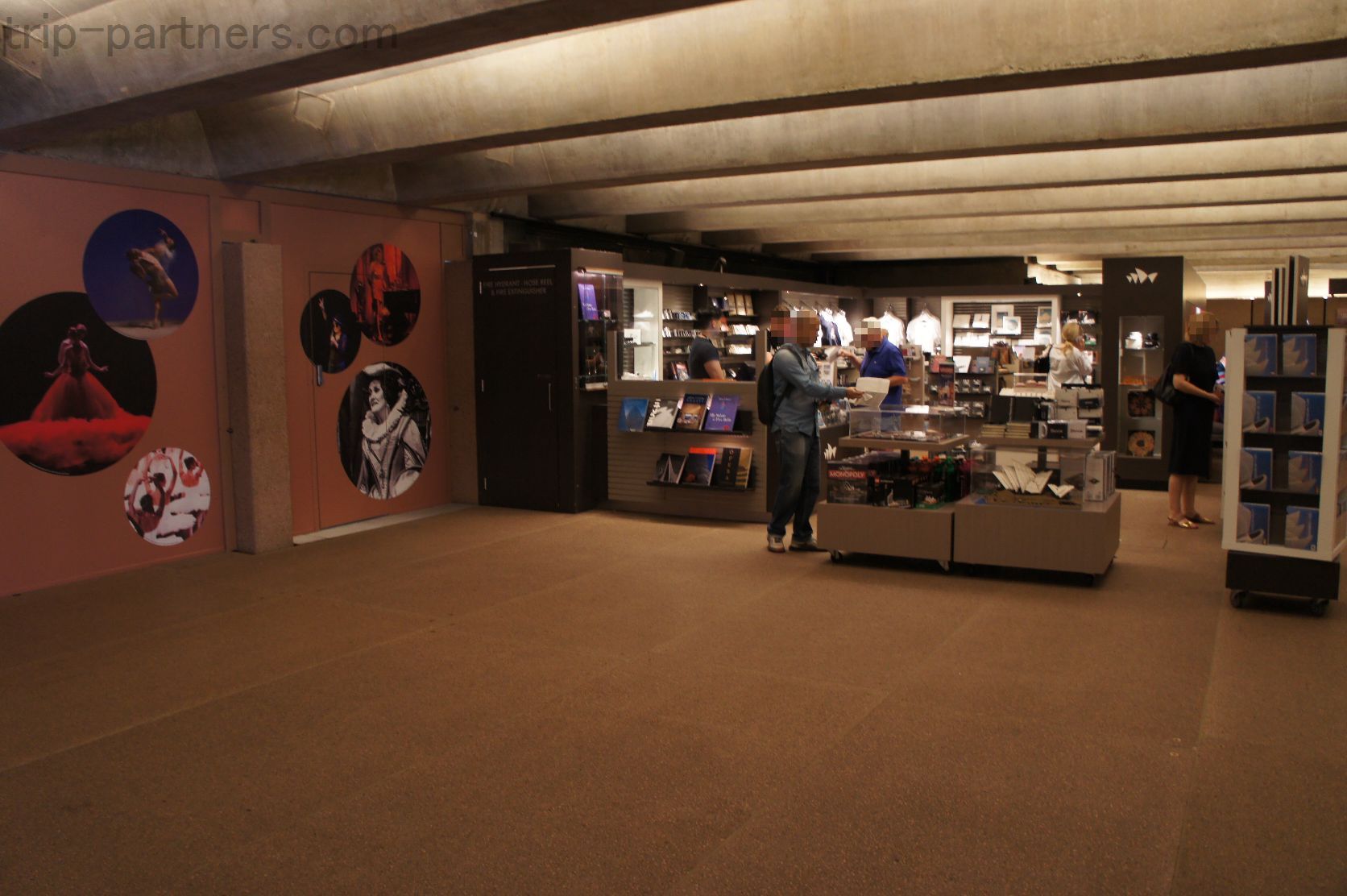 By the way, the image shop。Naa is'm high do this kind of official shop。But I think that there may not buy only here、It is better not to buy here anything souvenir want people of good from Opera House。I write in the article later、Recommended because there is cheap in the shopping center in Darling Harbor。 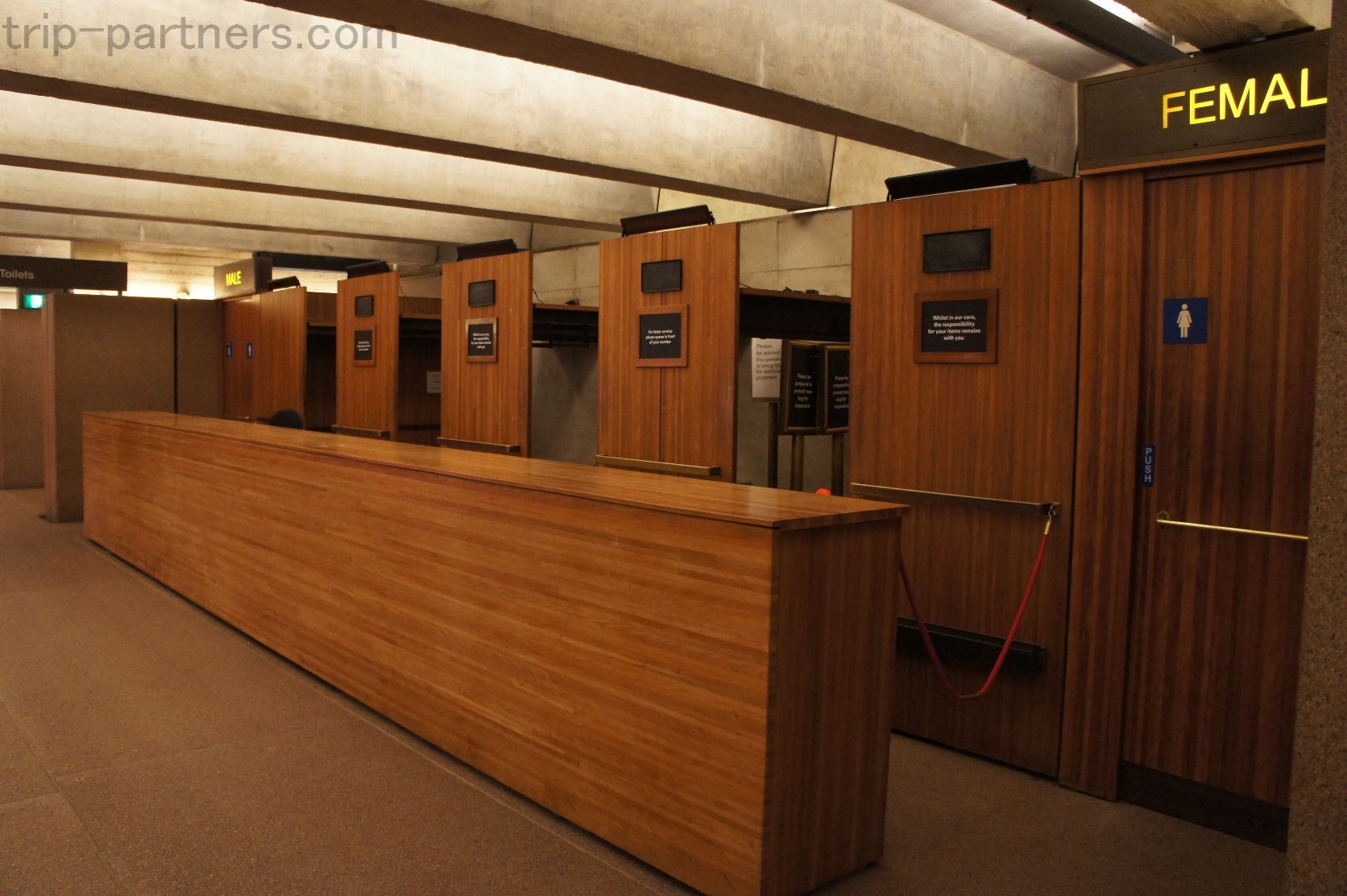 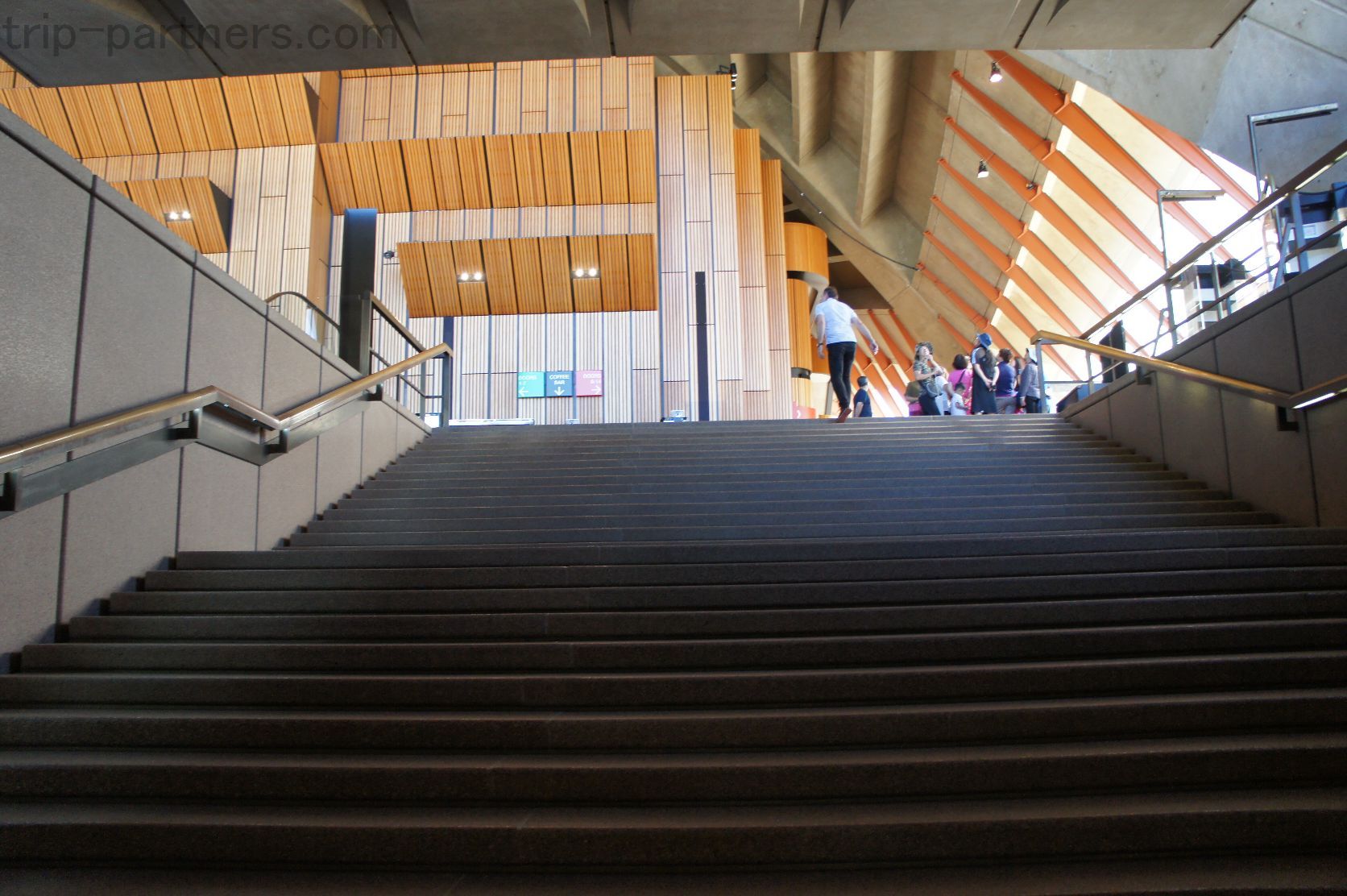 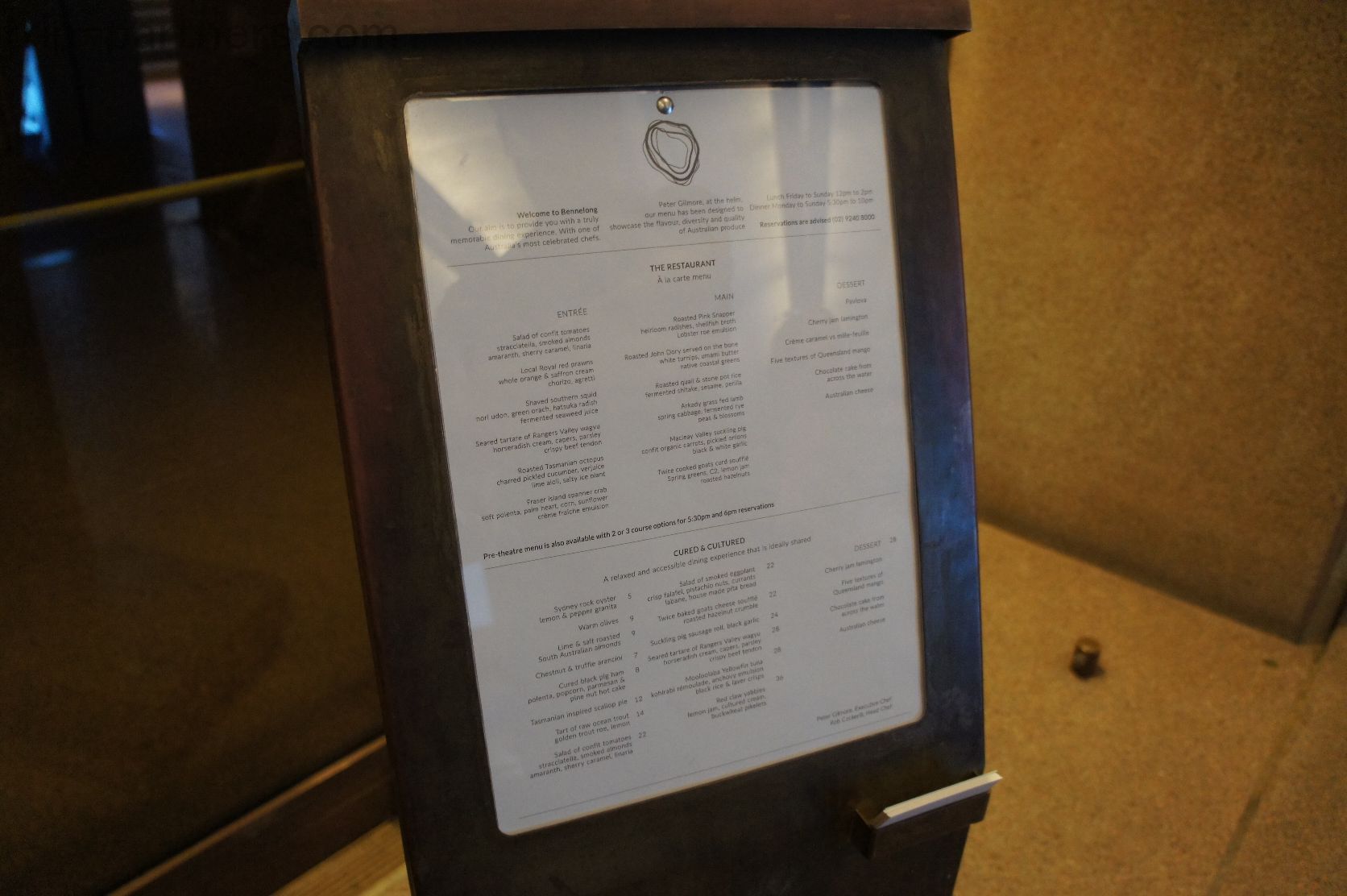 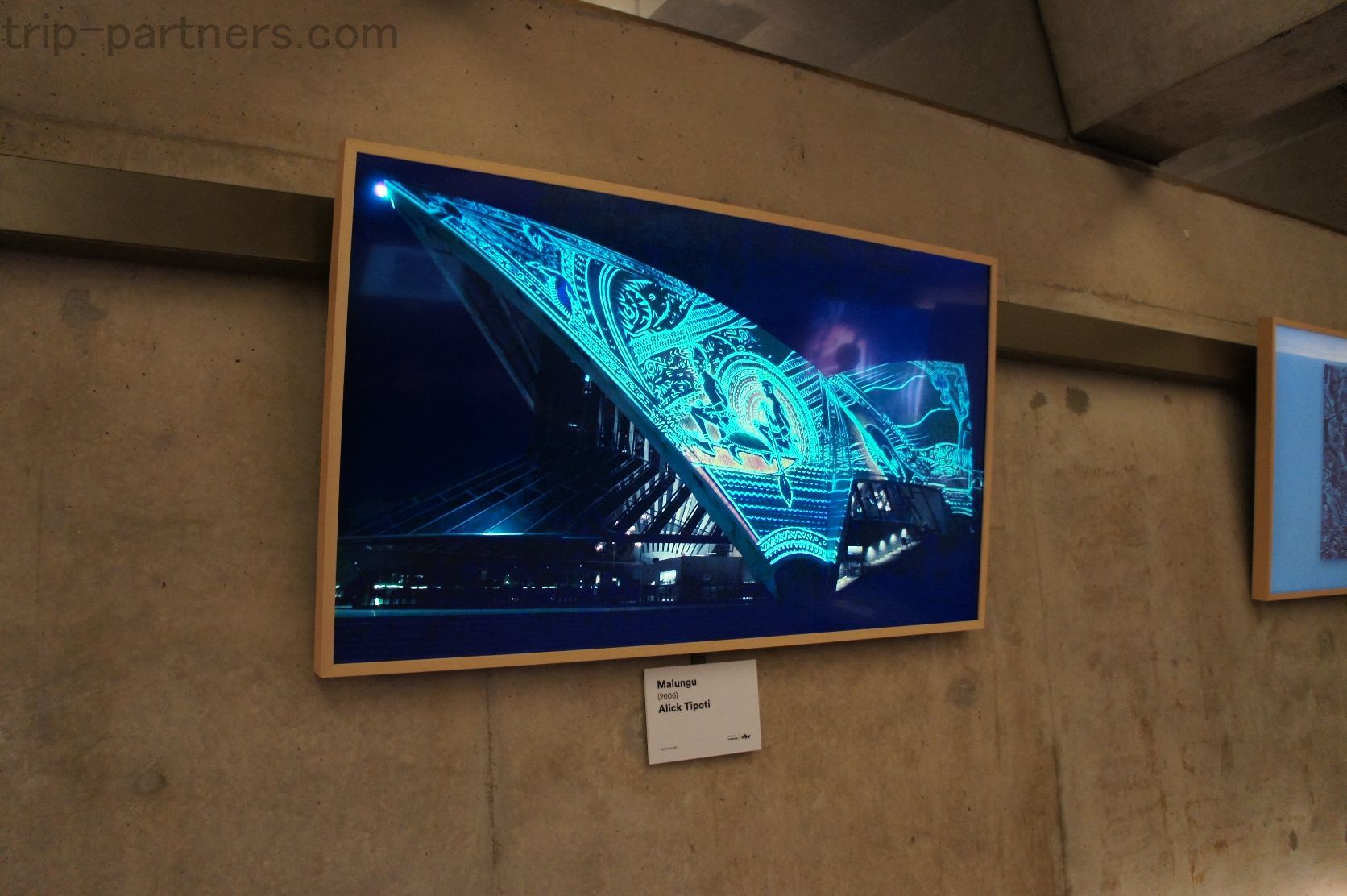 Kill time until the tour start 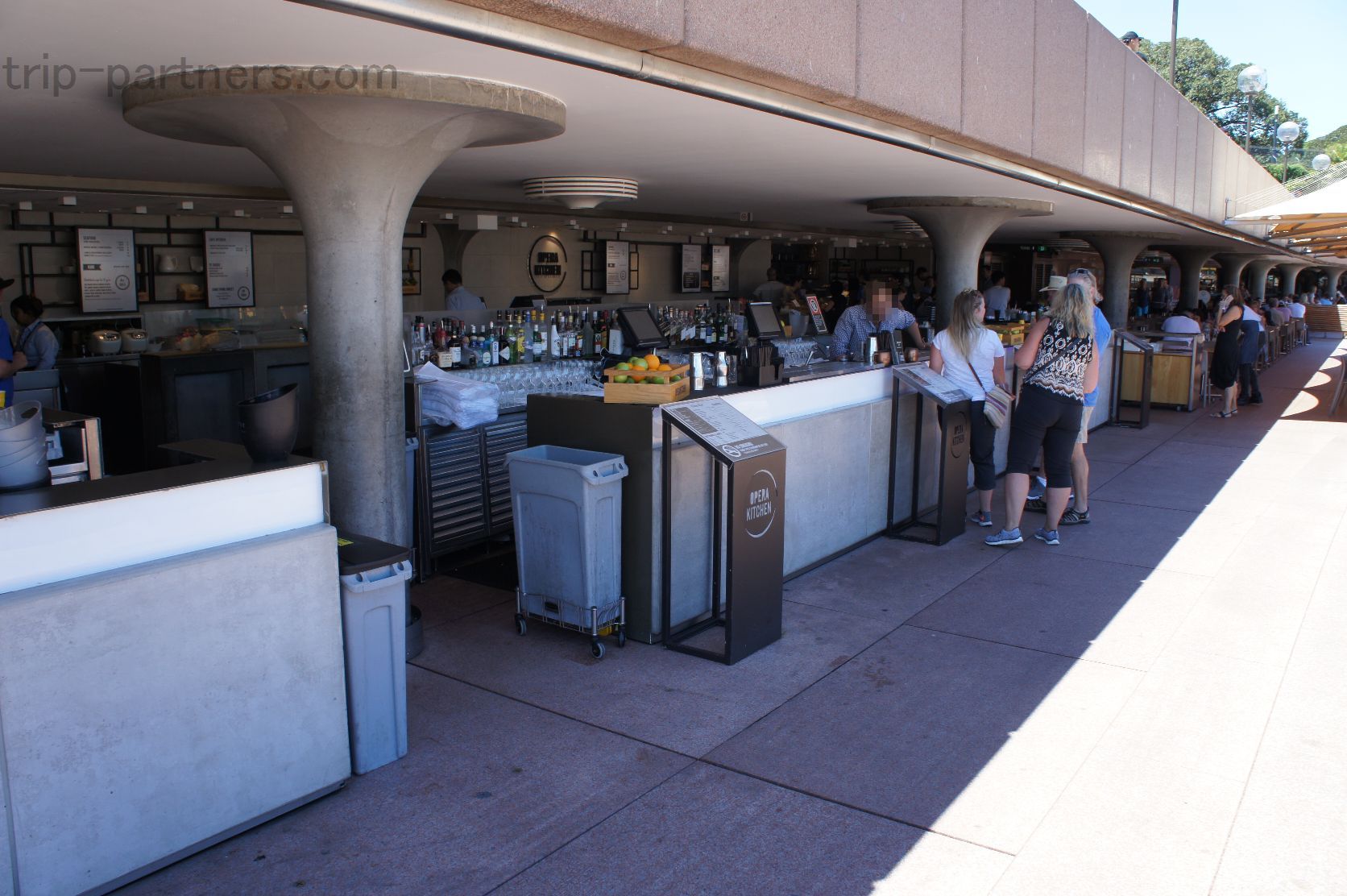 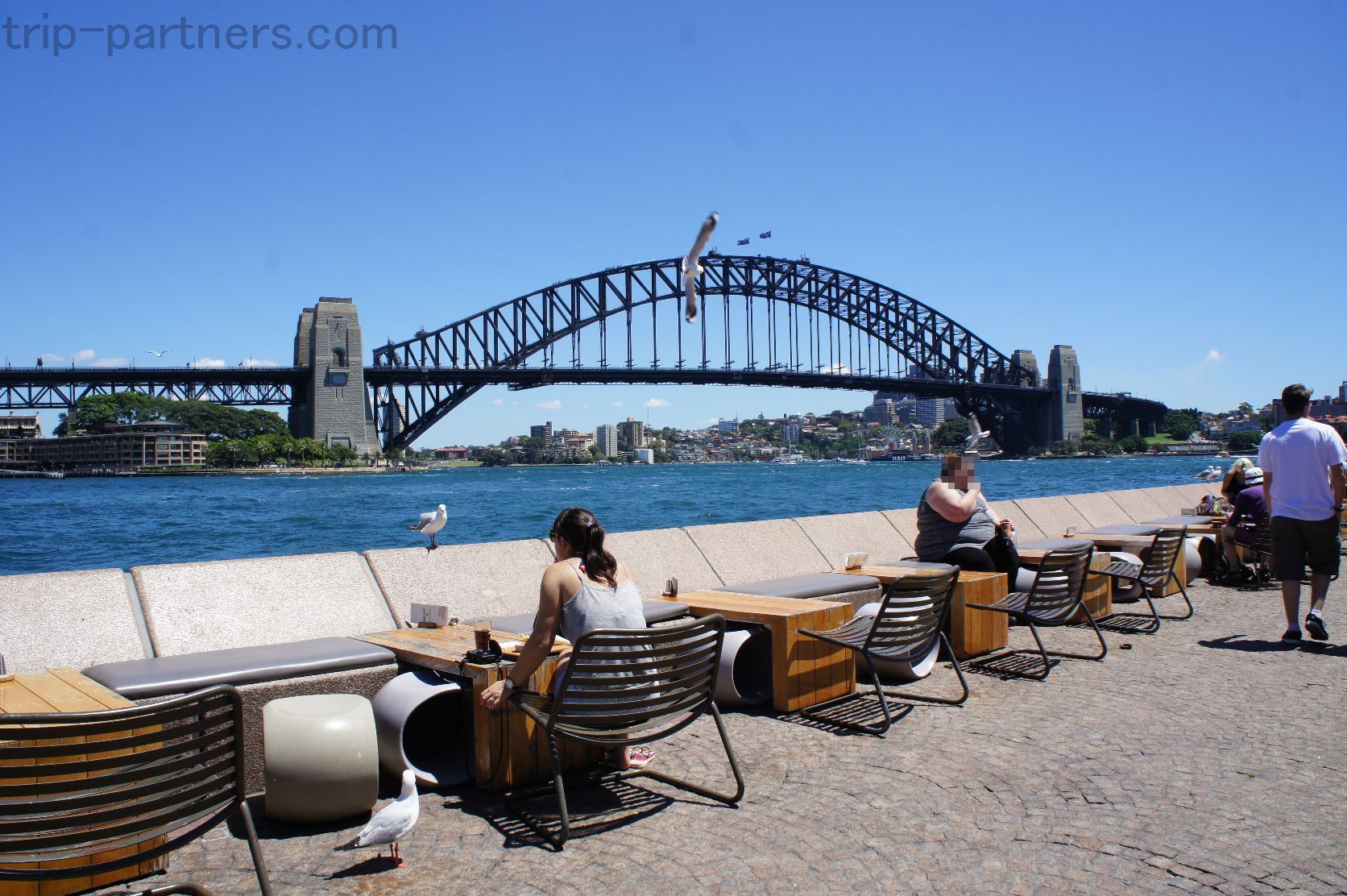 I wonder what。...... that looks like a good picture than the earlier of the Harbor Bridge 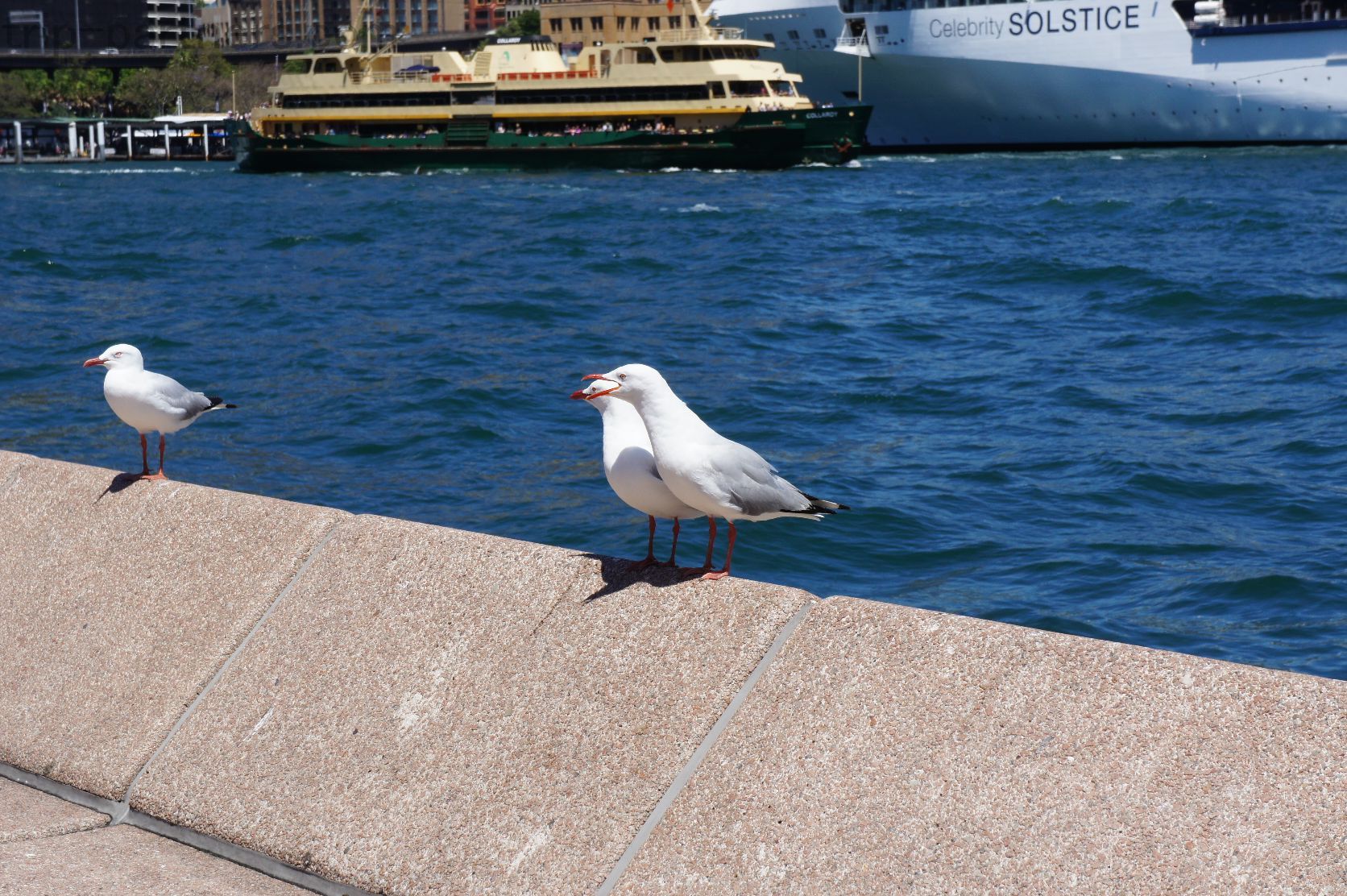 Next to the interior of the opera house!