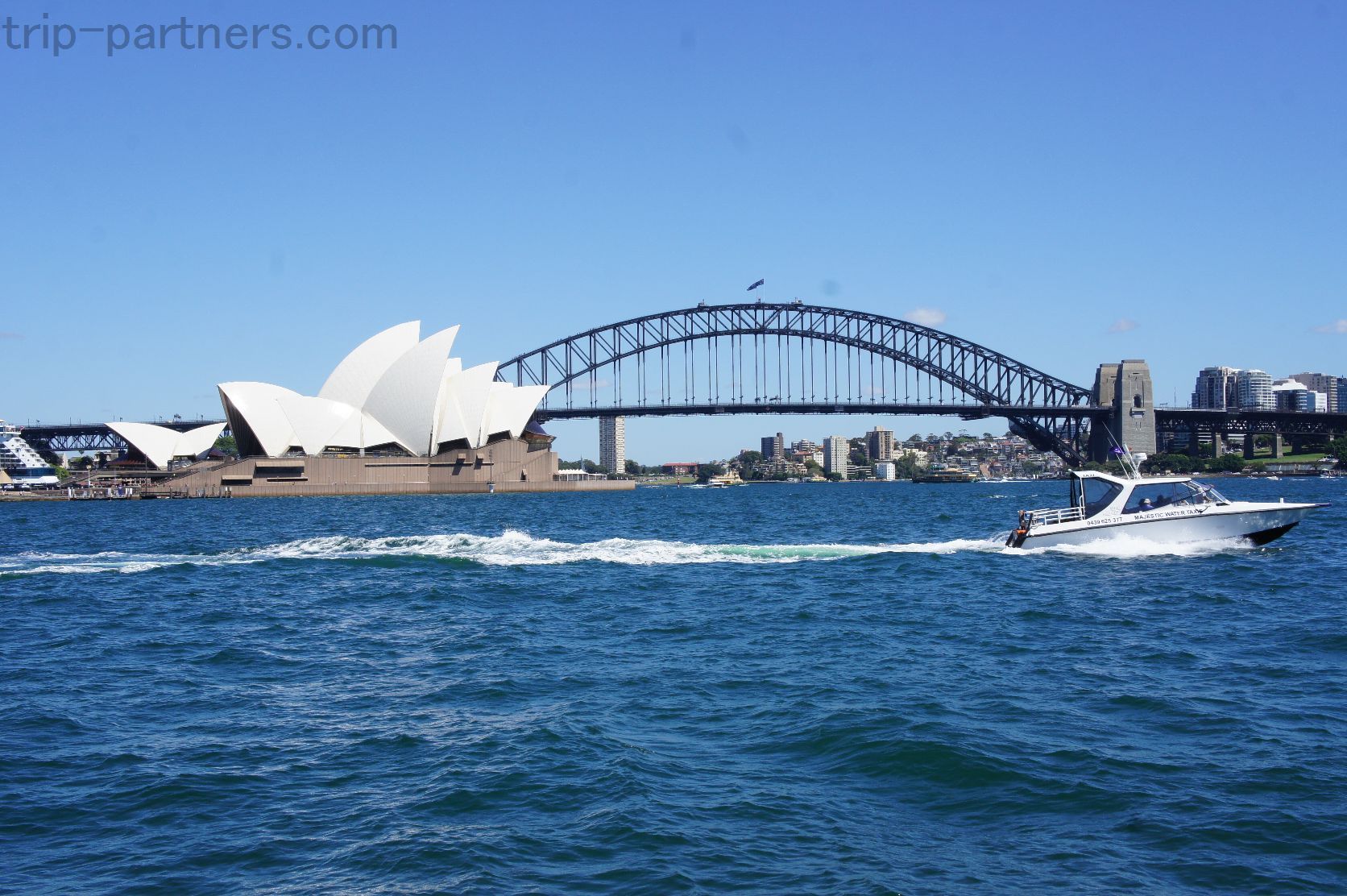 Continuing from the Royal Botanic Gardens in the previous。Nor such walking distance this time。Because、Because I wanted so much focused on the superb view point of the opera house that has not been introduced in Japan in the article。Japanese fewer etc. Chinese were many。Where walk even though Chinese is much come jump into the ear。It's really not that exaggerated by ...... 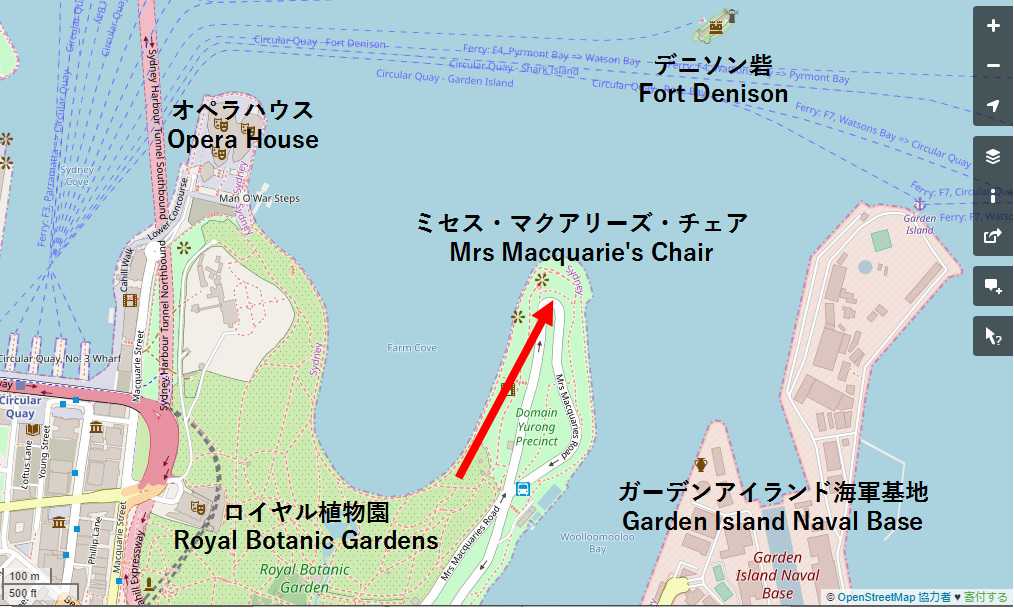 The tip of the Royal Botanic Gardens。Mrs. Makuarizu chair on the far side from the Harbor Bridge there is。I superb view point'm Promontory in the vicinity of the、It is famous Mrs. Makuarizu-chair is as a tourist place name。Wonder not so much known is why in Japan for a superb view point of the Opera House。

so、Why here but it can be understood Moraere look at the ...... map say whether the superb view point? Harbor Bridge to the other side of the opera house that it from this angle I look together。Moreover'd end it appeared together also skyscrapers of Sydney be changed at a slight angle。It is a place to visit absolutely you come to Sydney!

By the way, although the Japanese you might hear me Mrs. Macquarie's Chair、The time being not please let unified in terms What Mrs. Makuarizu Chair in this article。 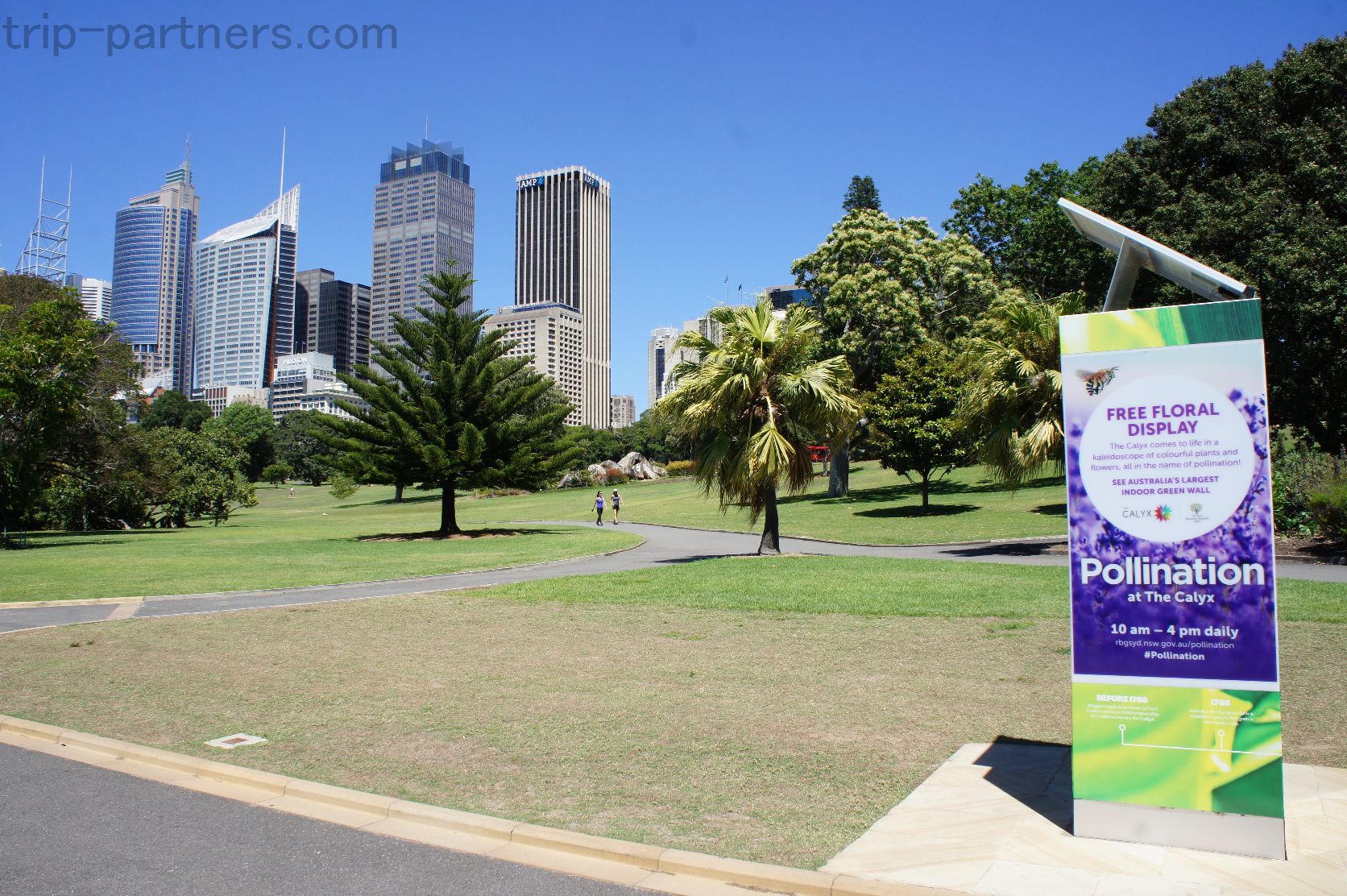 I not also have to say that like many times seen Naa a good scenery ......。Quickly go to Cape。 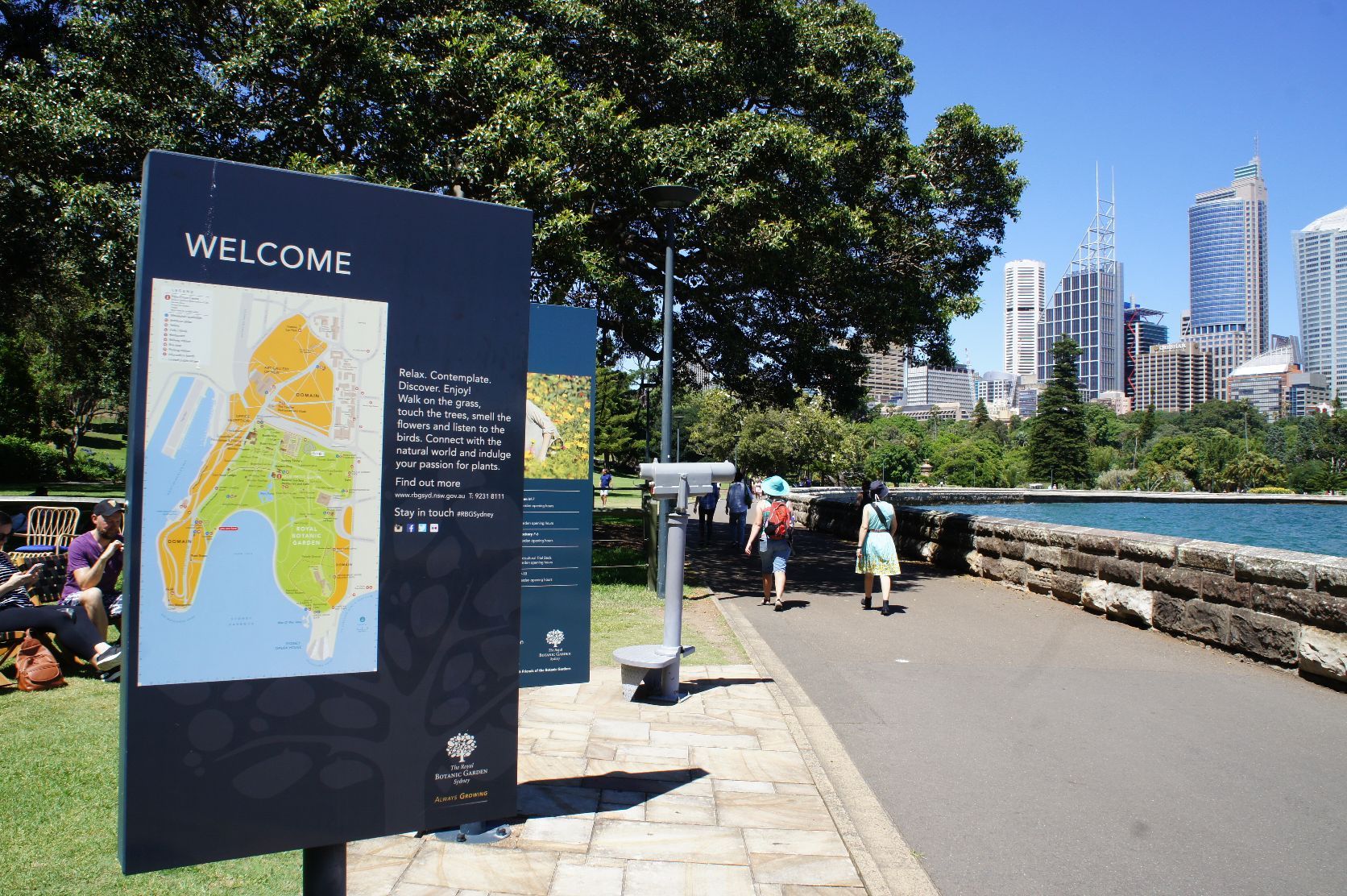 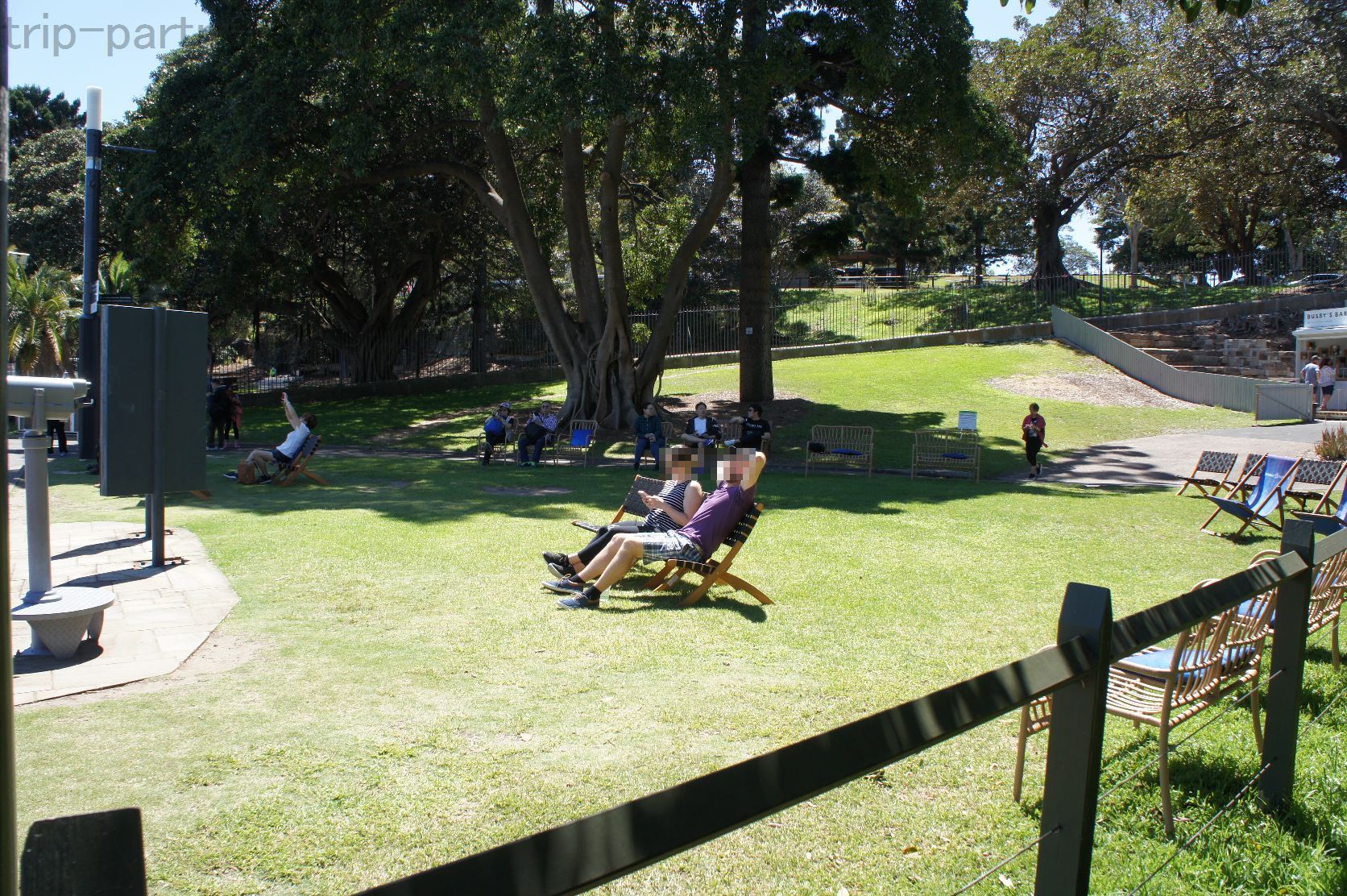 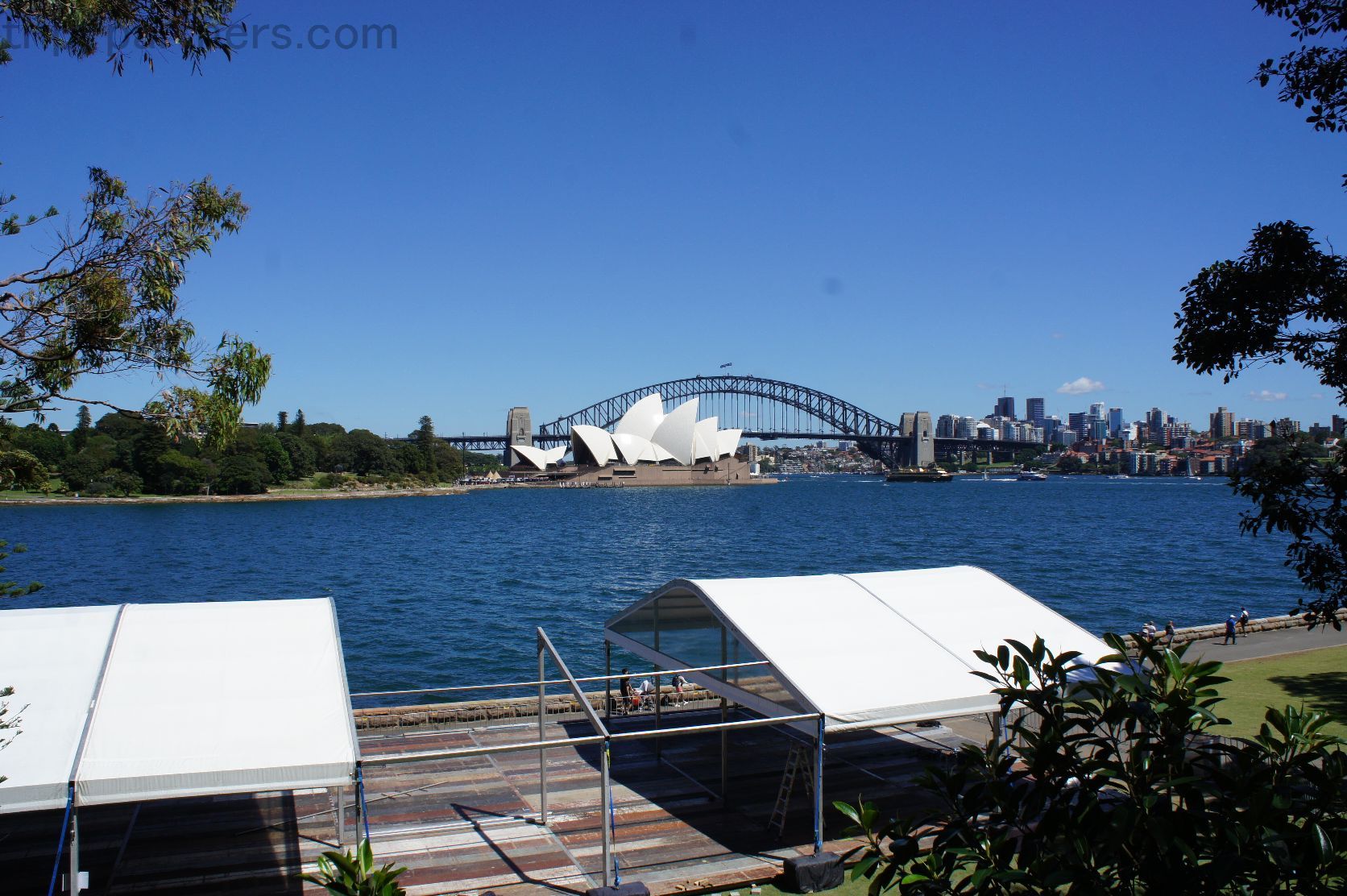 Landscape looked from where it went up a little in the hills。nice! ! If there is no one to block anything from Hey 😆 cape that Harbor Bridge is visible on the other side of the Opera House and ...... I wonder you can monopolize this landscape、At this time, I thought。Although I realize later that this is a mistake。 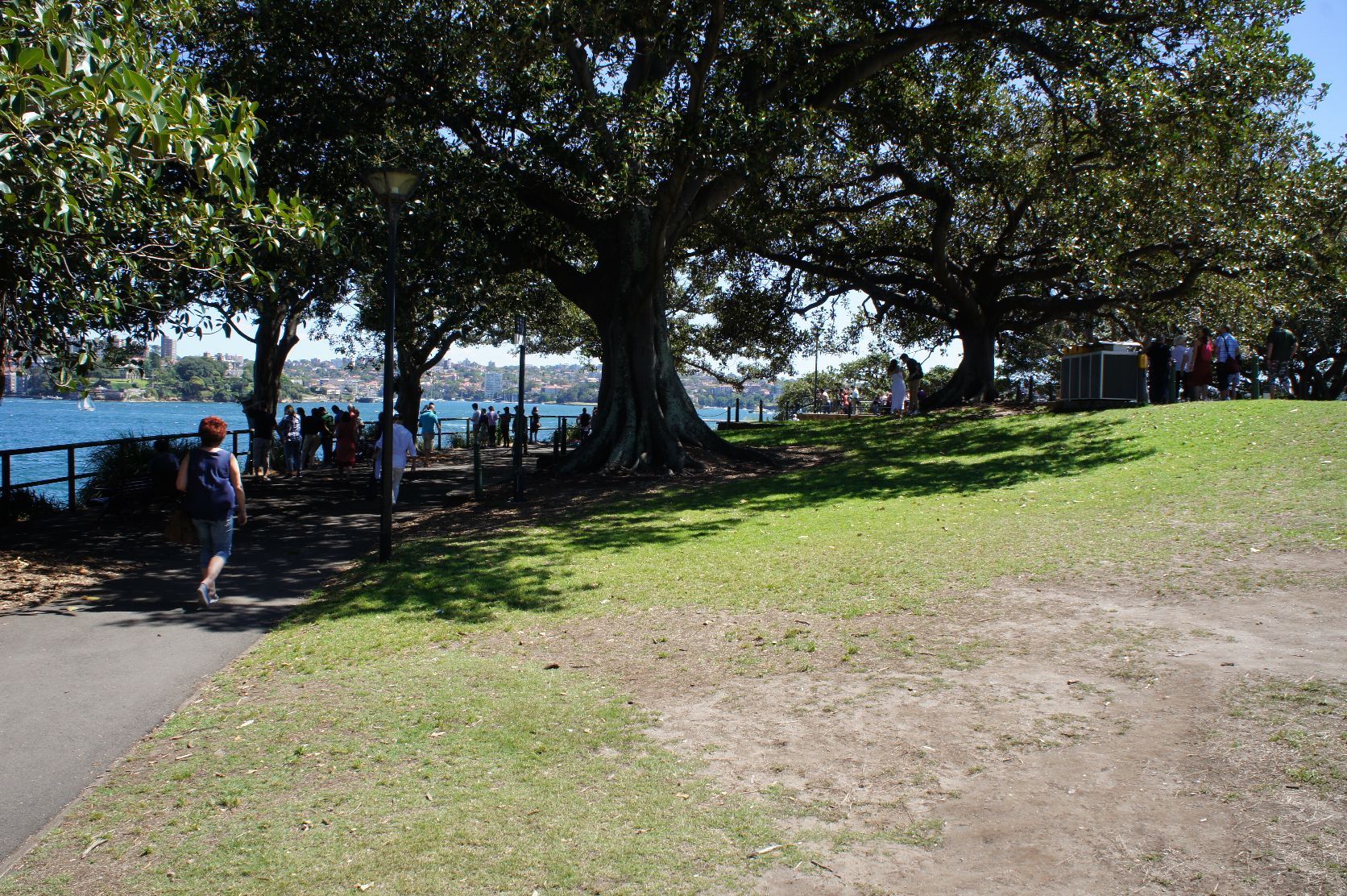 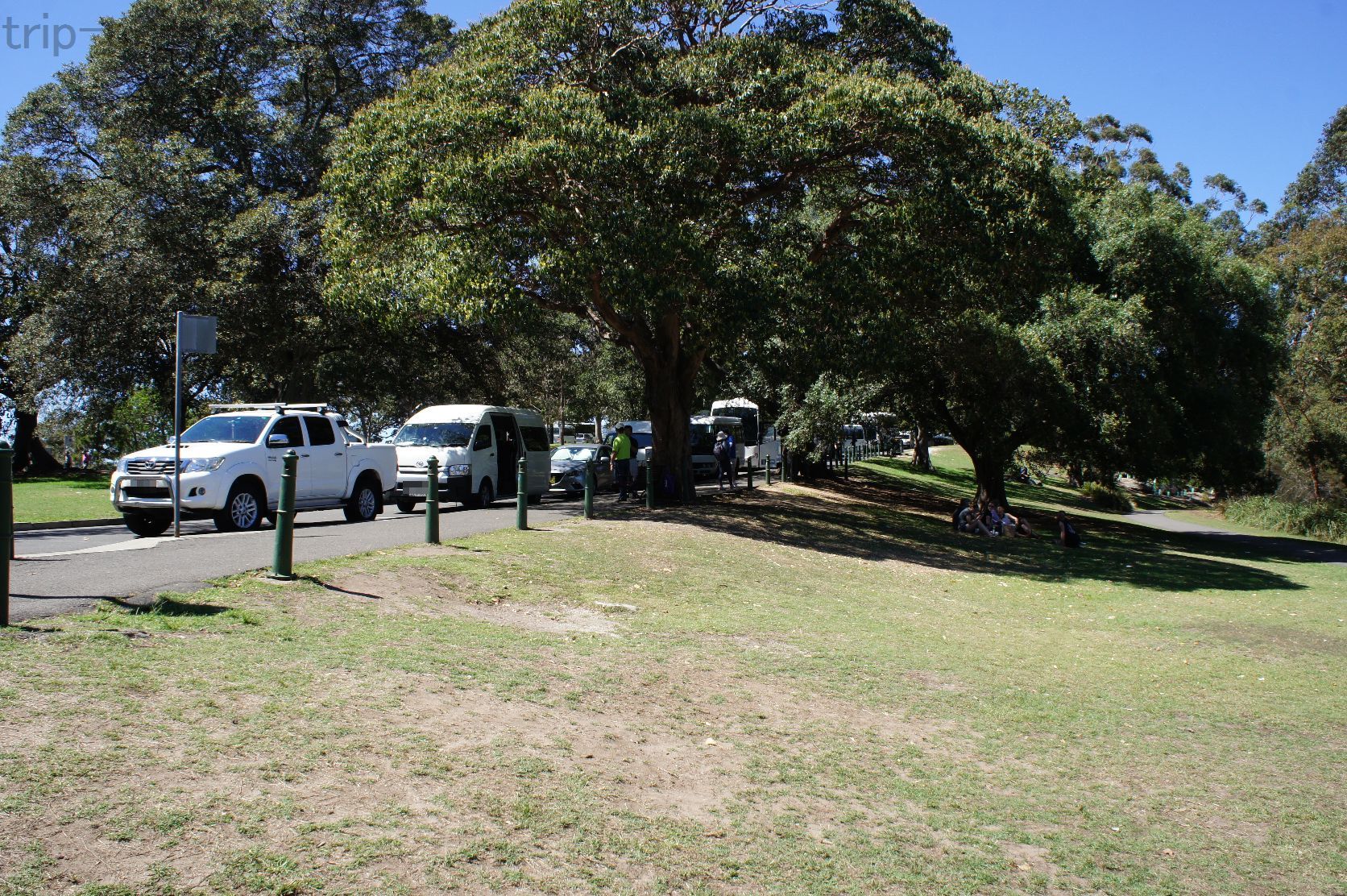 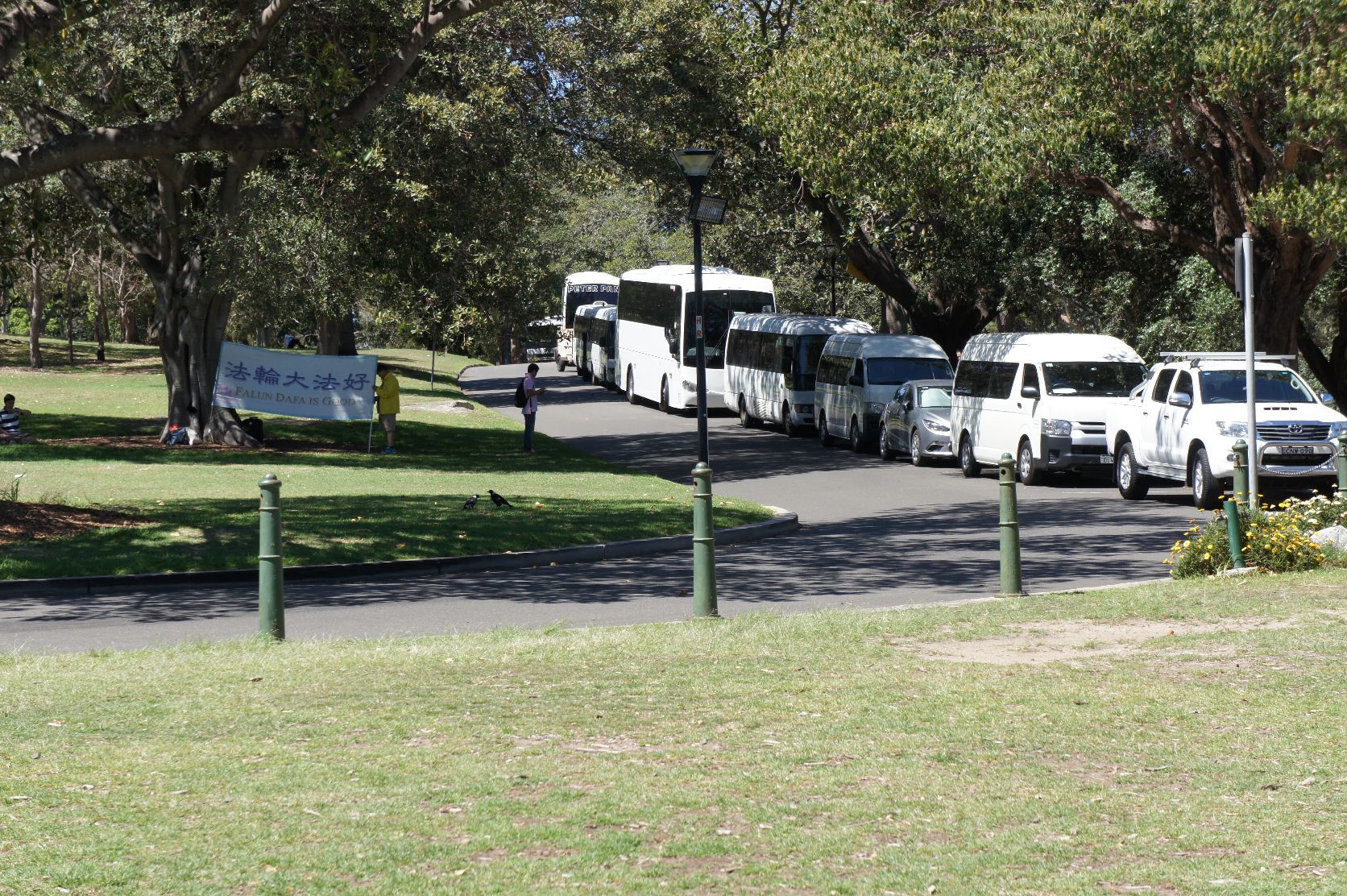 Parallel parking much longer parking space is not。In addition to being spread strange flag softening Chinese。This is almost all after a few minutes you notice that it's the car of the Chinese people, but。 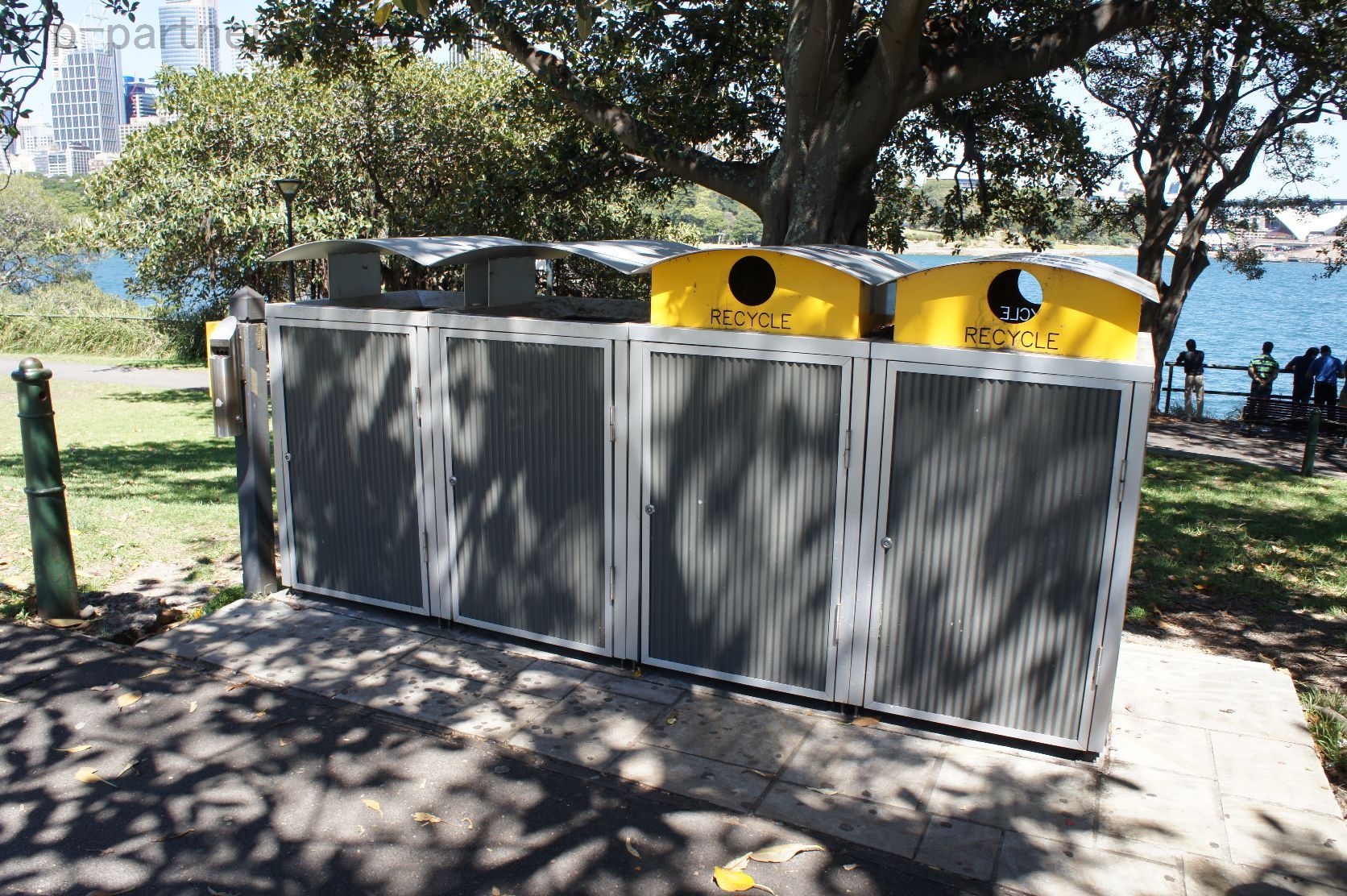 Properly it has been established recycling box! Littering strictly prohibited。It's not put this kind of recycling box Te Japan Speaking。Yet I wonder if that mean they've thrown away in the trash of Toka everyone is a convenience store that I do not dirty so much? ! 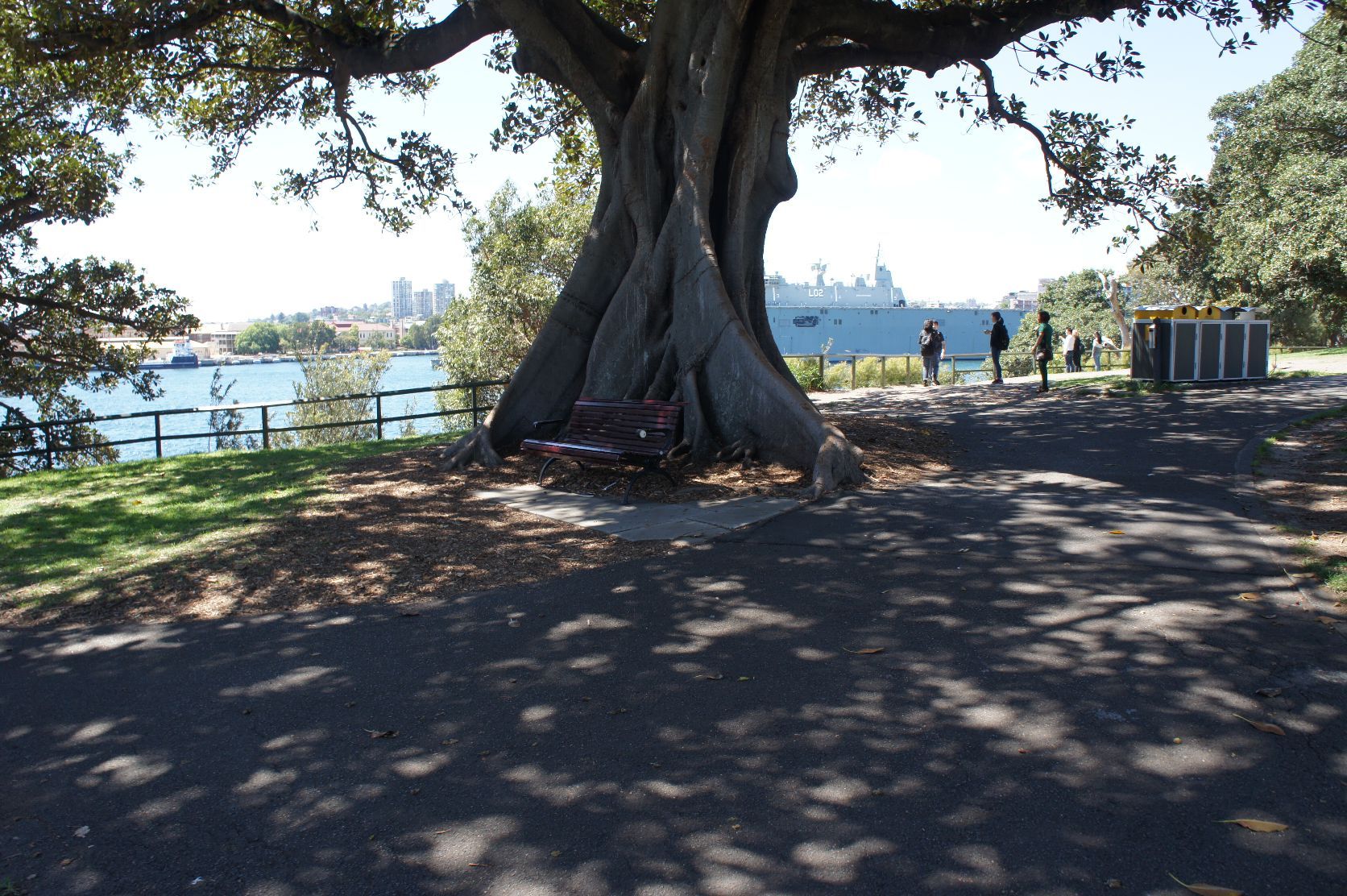 The softening huge when I look back I think ...... towards the cape looks towards the other side。What is that? 🙄 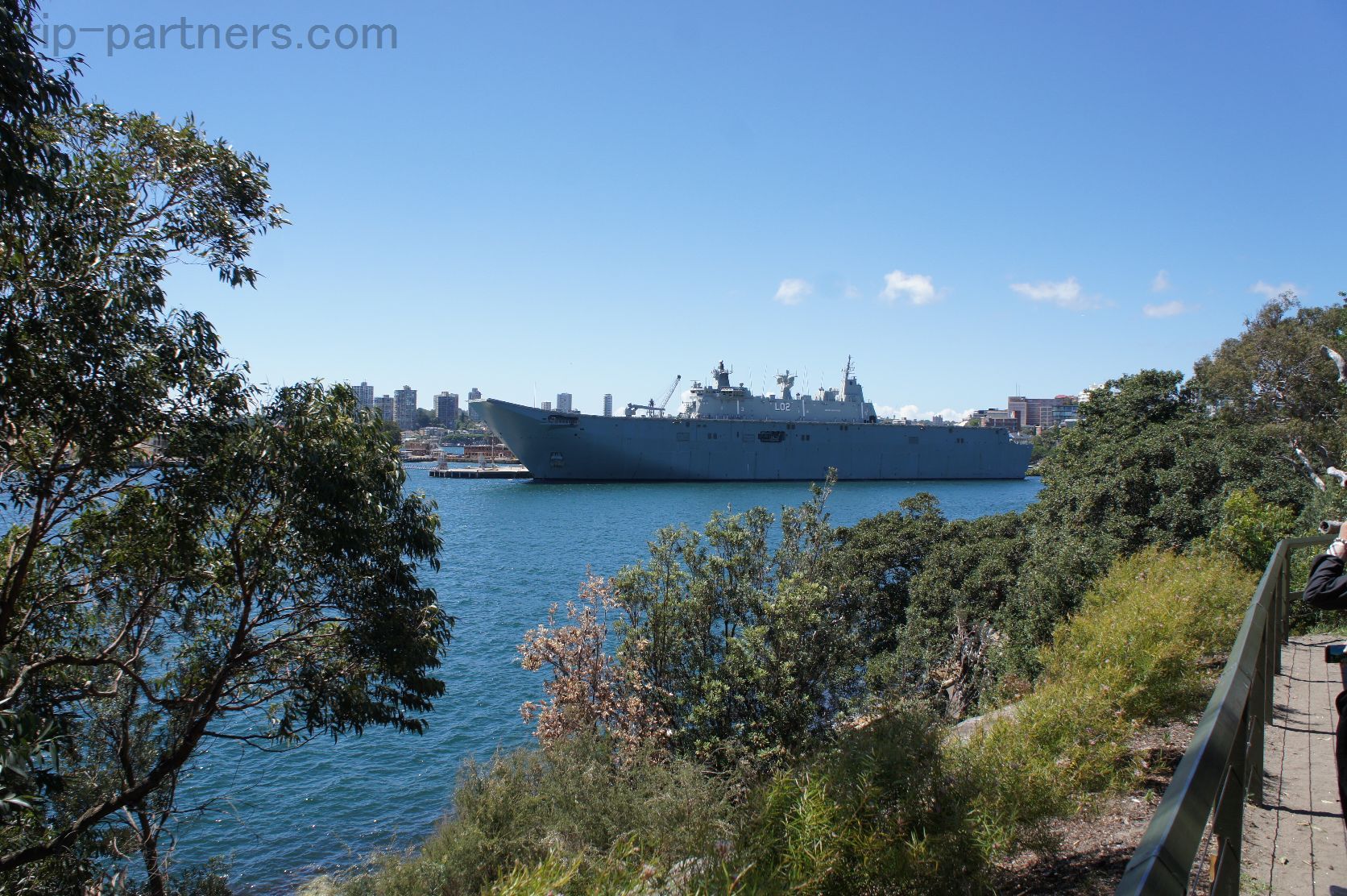 Navy battleship! ? Although there is put on the first map、The other side of the peninsula is has become a military base Tteyuu Garden Island。Even so battleship big。 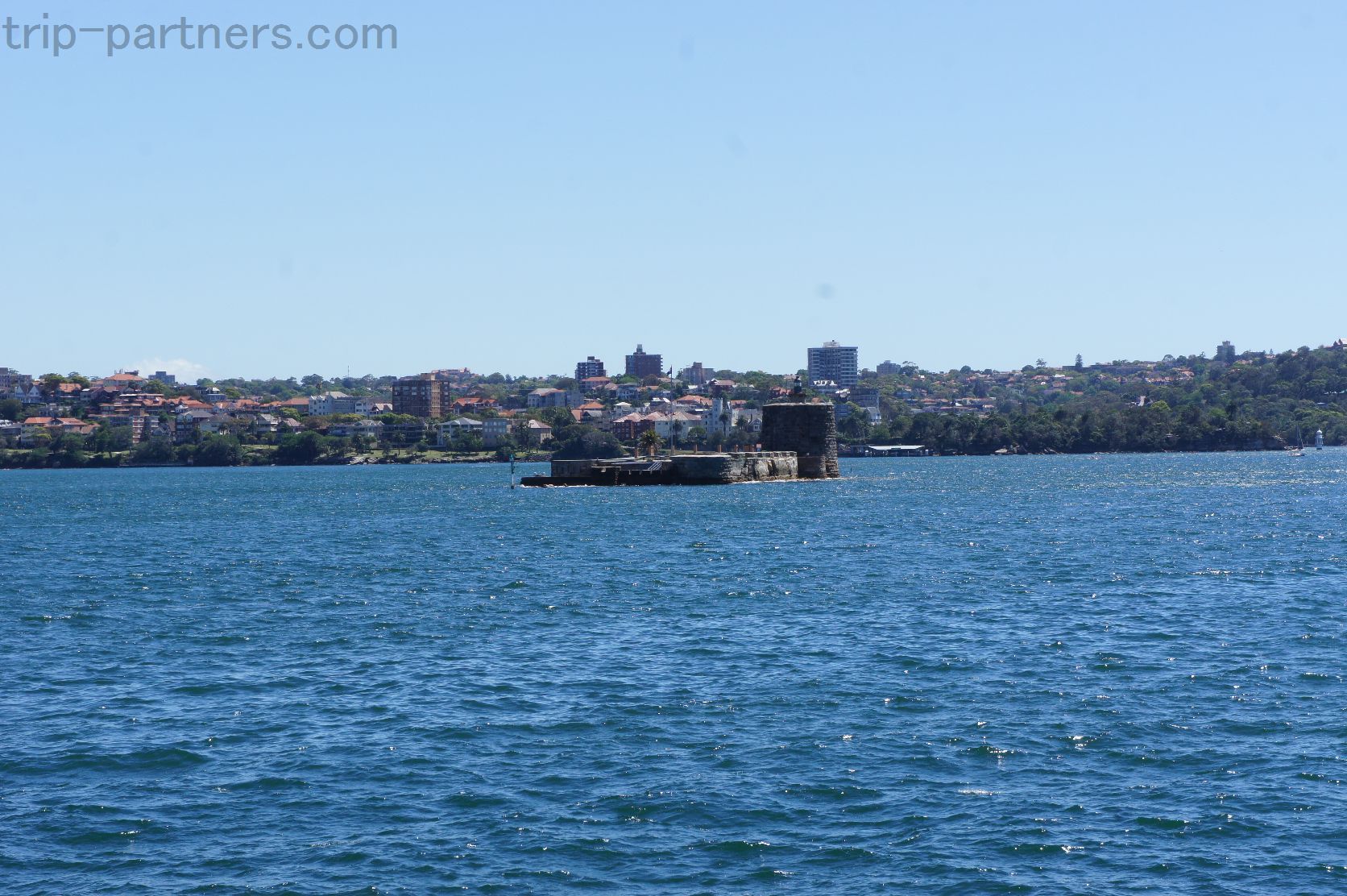 Also looks Denison fort。This is where there is quite a history with or become a fortress or military became a prison, but in the current tourist destination。If you have time because it go by boat from Circular Quay is whether also good idea to visit。Opera House and Harbor Bridge in the landscape seen from there will be surely great! 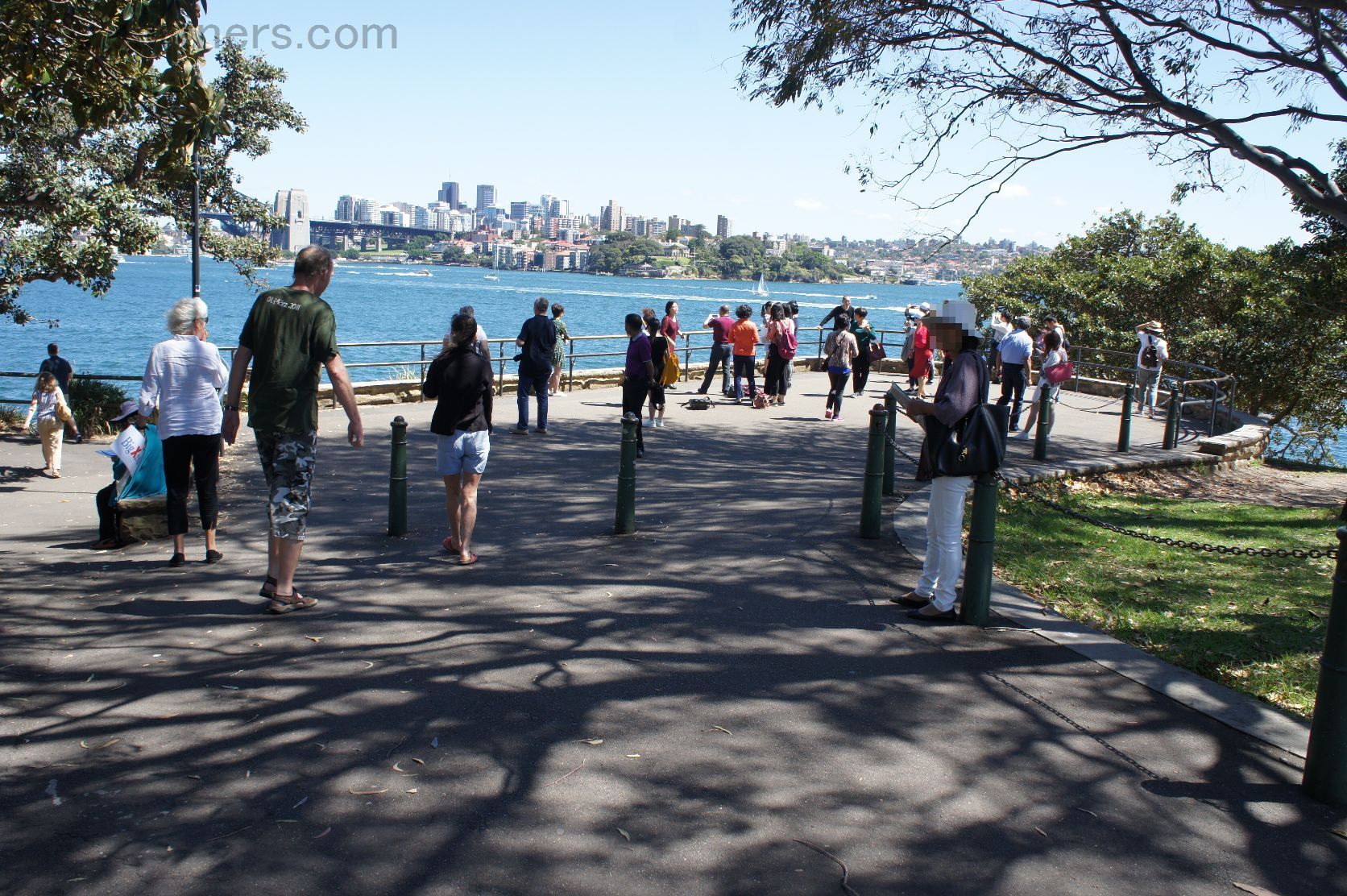 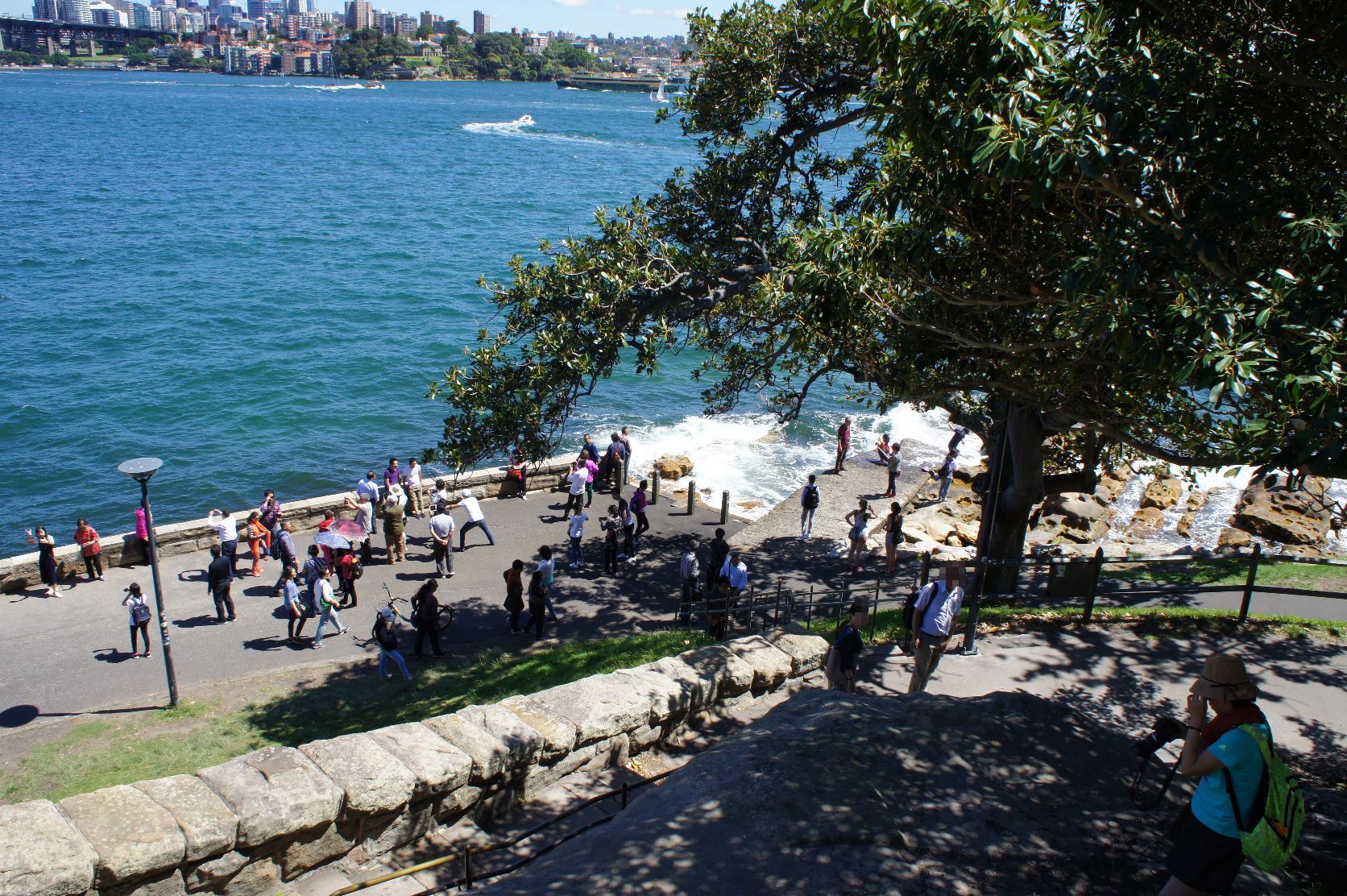 You down here。A little step away from the cape! 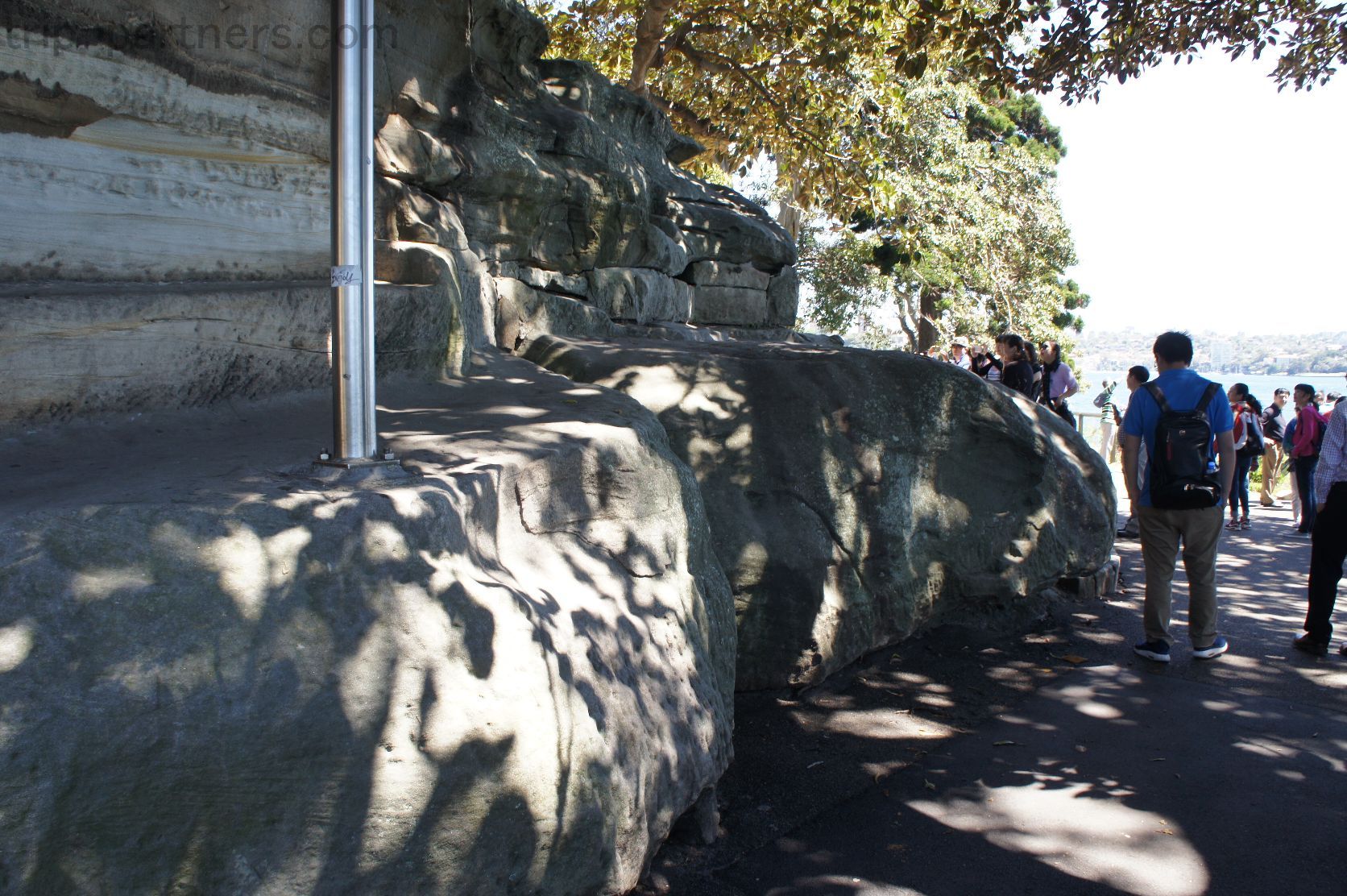 Are you something amazing crowd。What I wonder is there? 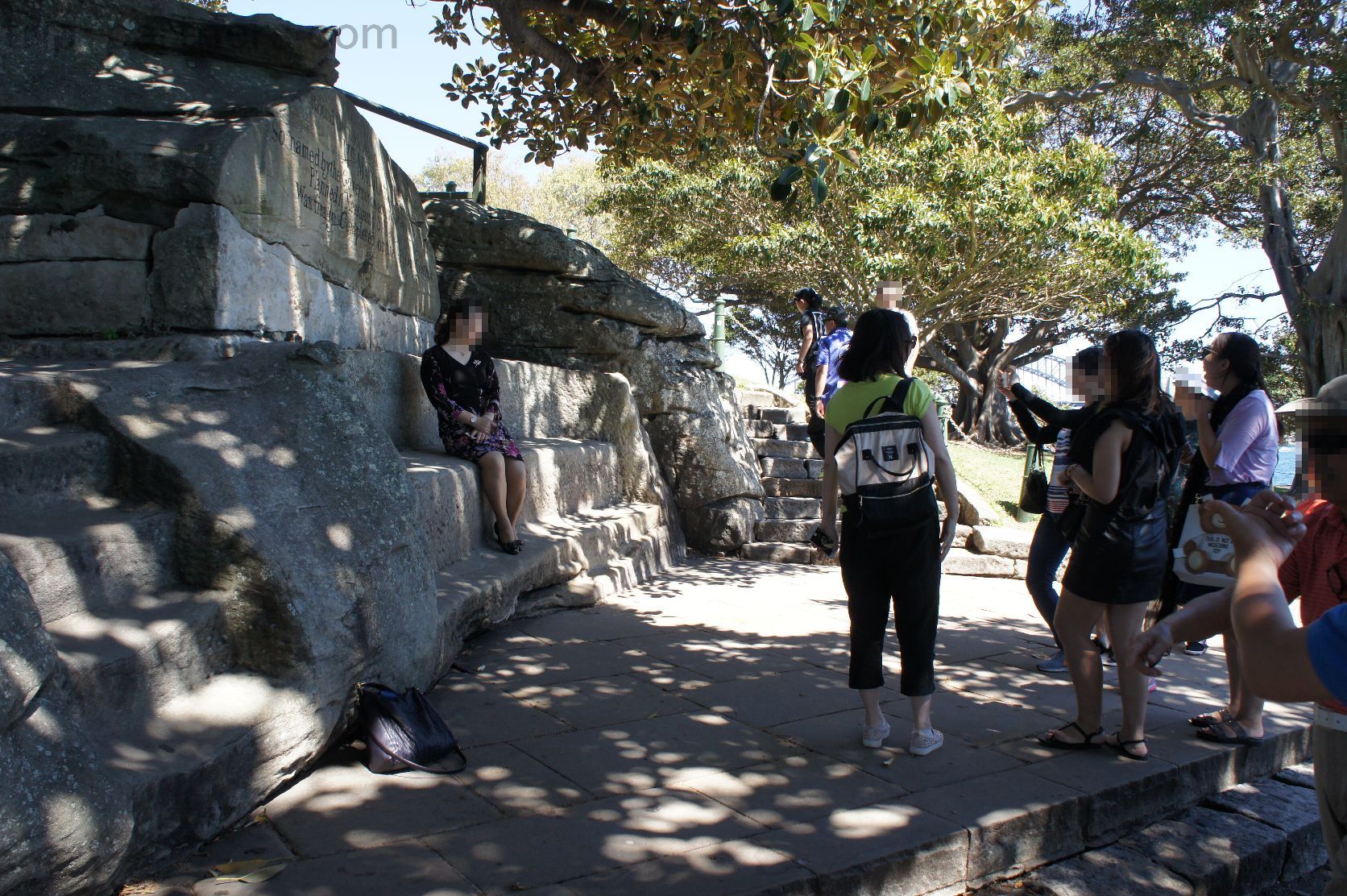 I was taking pictures Mrs. sitting。Not feel like lined truly Nde had been able to something amazing matrix。Moreover, all oriental system、Naa'm was a Chinese yet。 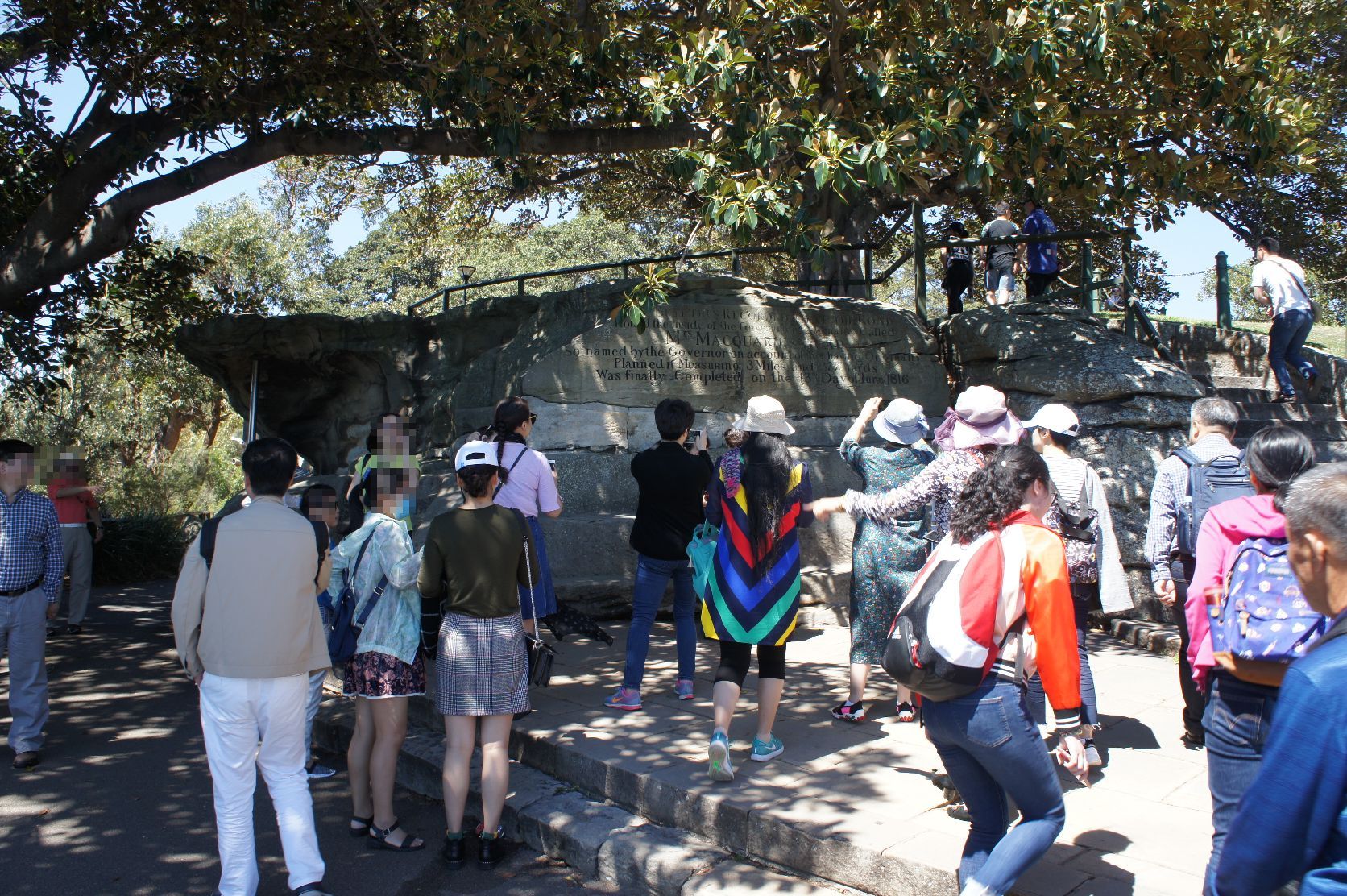 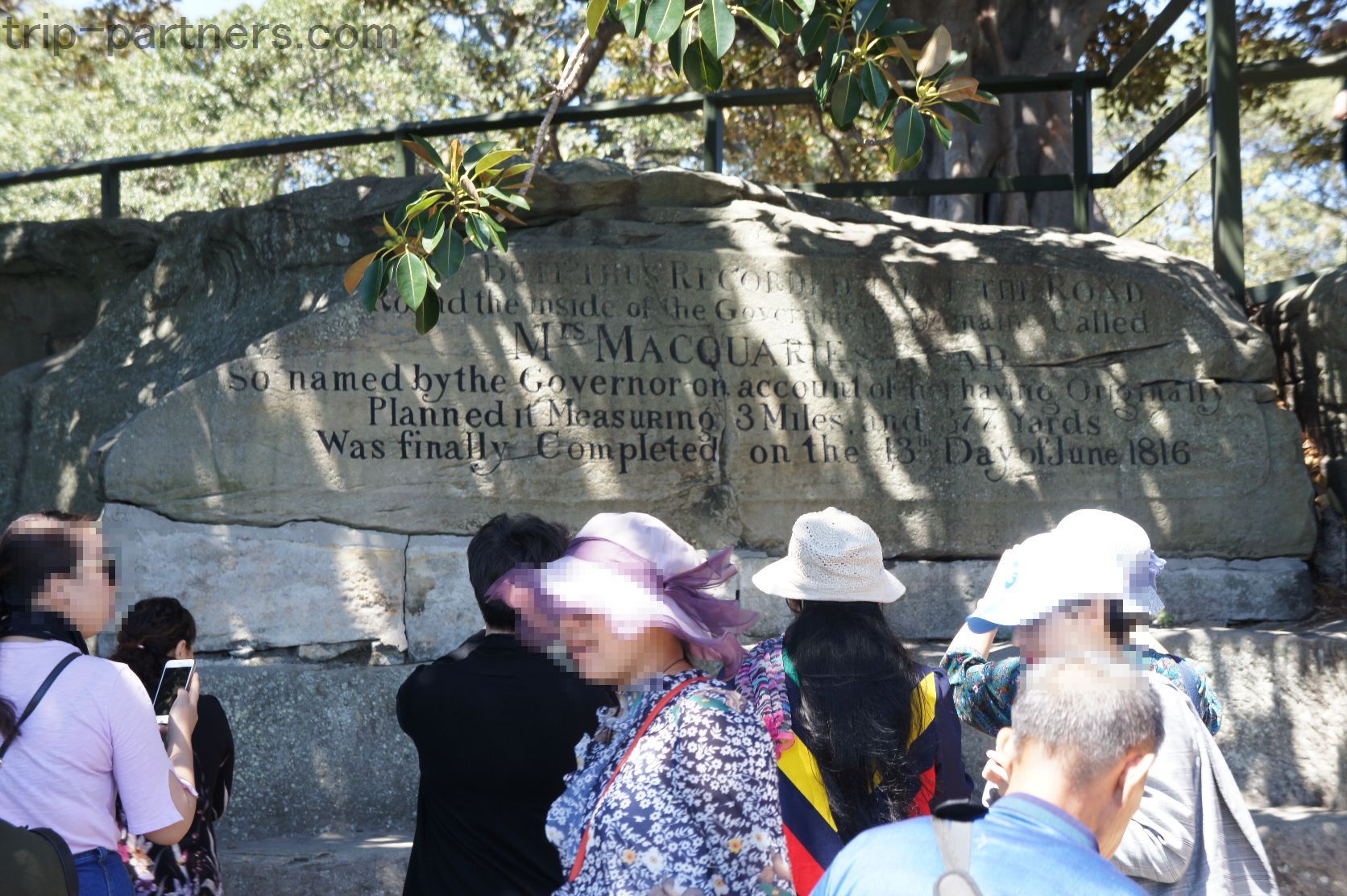 Ah ~、This is it Mrs. Makuarizu Chair。 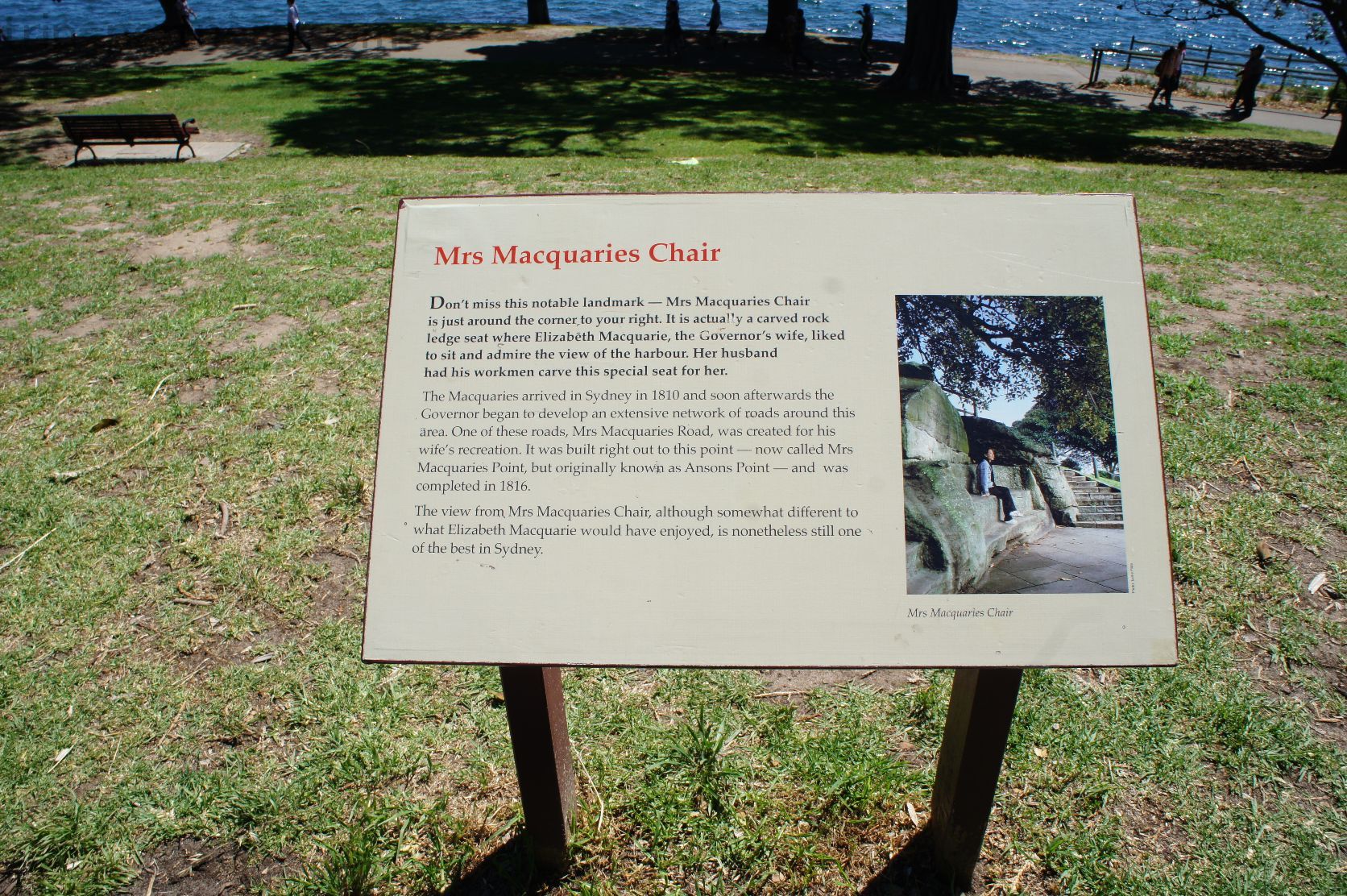 It was a while ago such a description version Speaking。so、In around here for Mrs. Makuarizu Chair description。

Personage of the United Kingdom born of me Makuarizu。What your opponent is New South Wales's first governor-general is this man got married to a great man。so、Because what Makuarizu wife is sad too gone suffering from homesickness、Trying to somehow Shiteyaro。So why did you make a chair in this place can be seen in the UK vessel, bound to his hometown。Moreover, this chair Apparently it the Governor-General was made by the instruction to the slave 😯 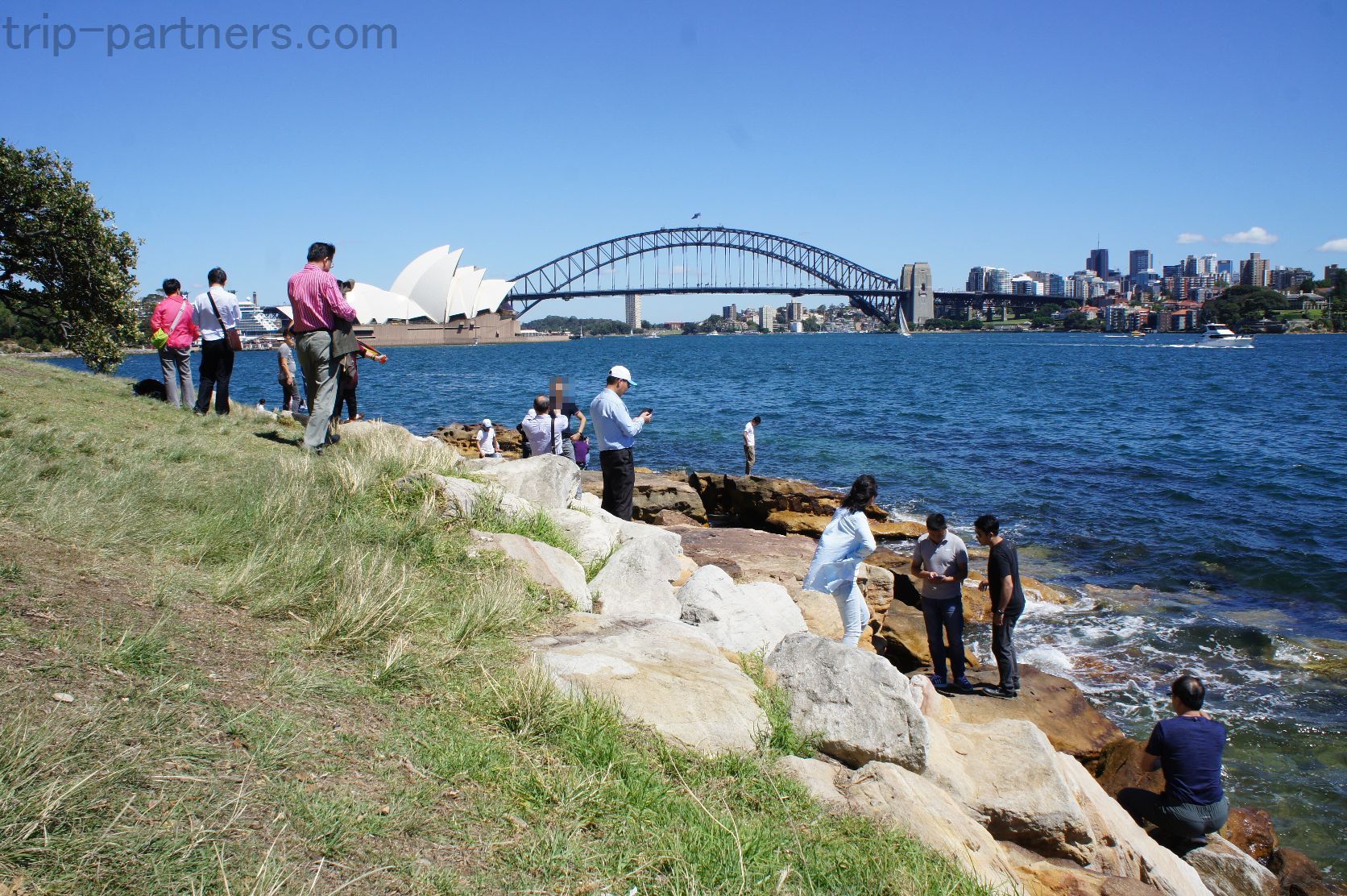 From Mrs. Makuarizu chair all round around the cape and ...... finally Opera House in front of the eyes! ! 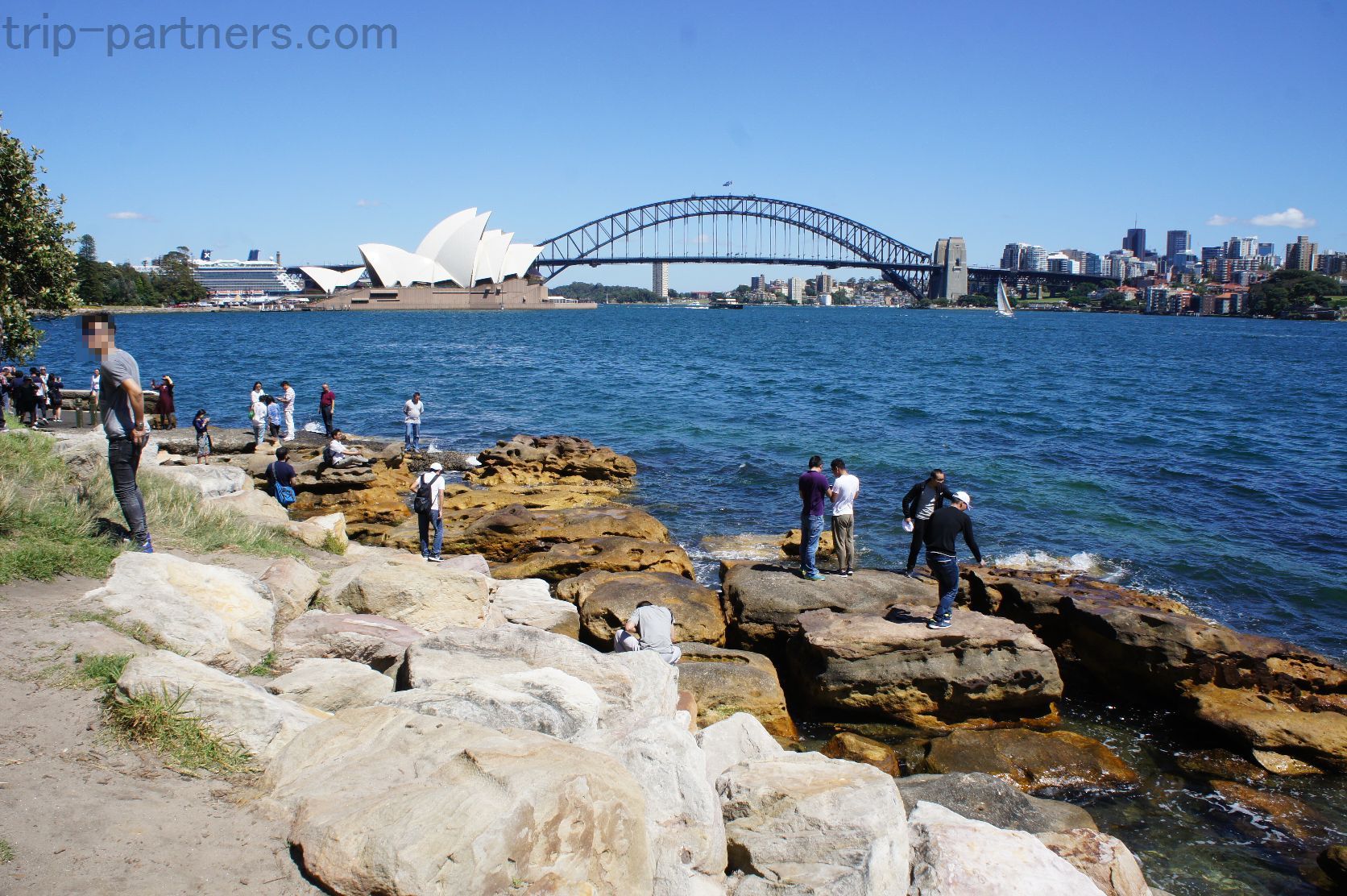 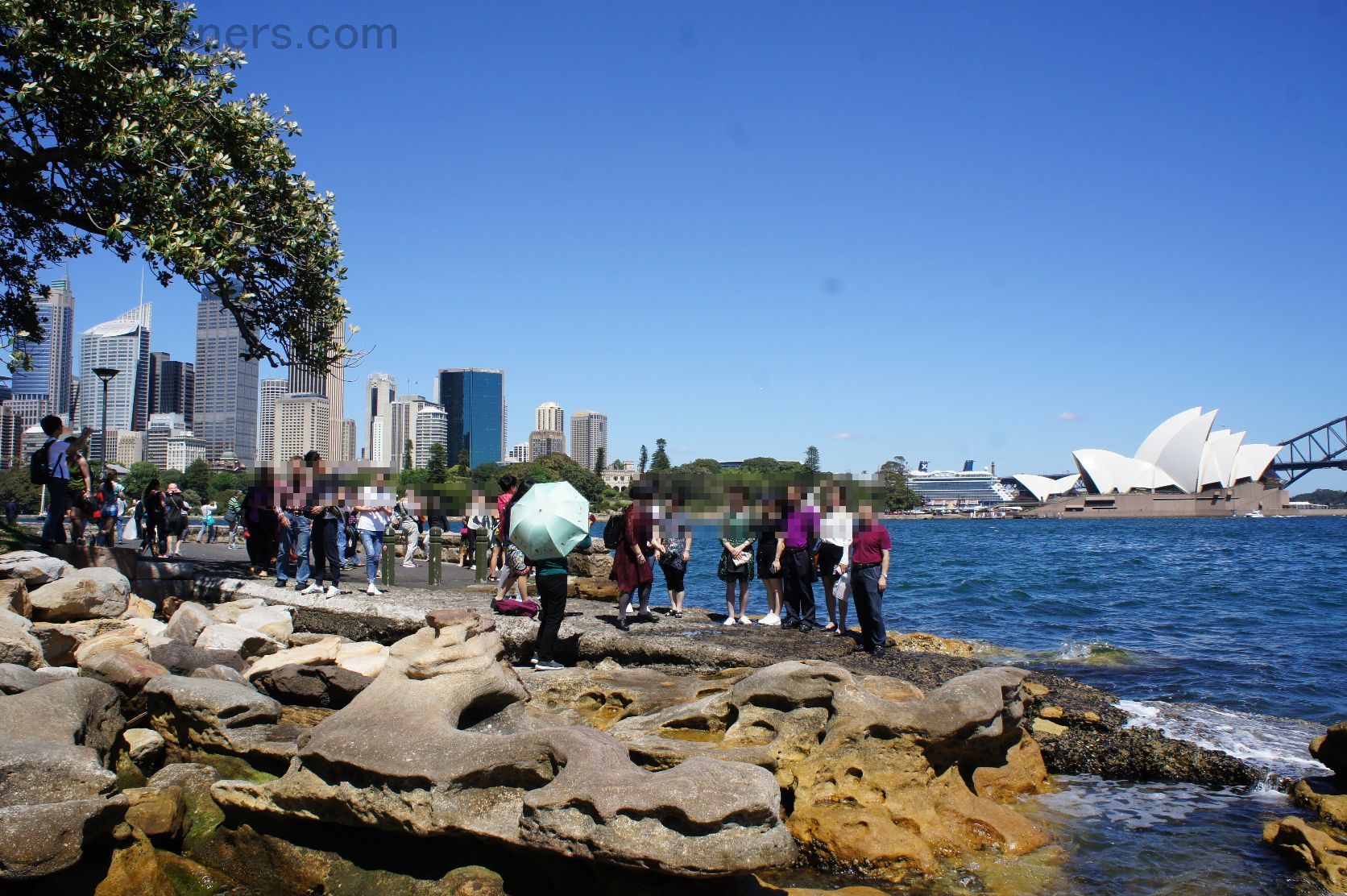 Unending take a picture (Chinese) is in the back of the Opera House and Harbor Bridge have made this place huge amount attractions。Incessantly "E、is there、Blaring Concern (Pasha) "Tteyuu voice and sound。Landscape language to hear I'm a Sydney is like a just Chinese?(Lol) 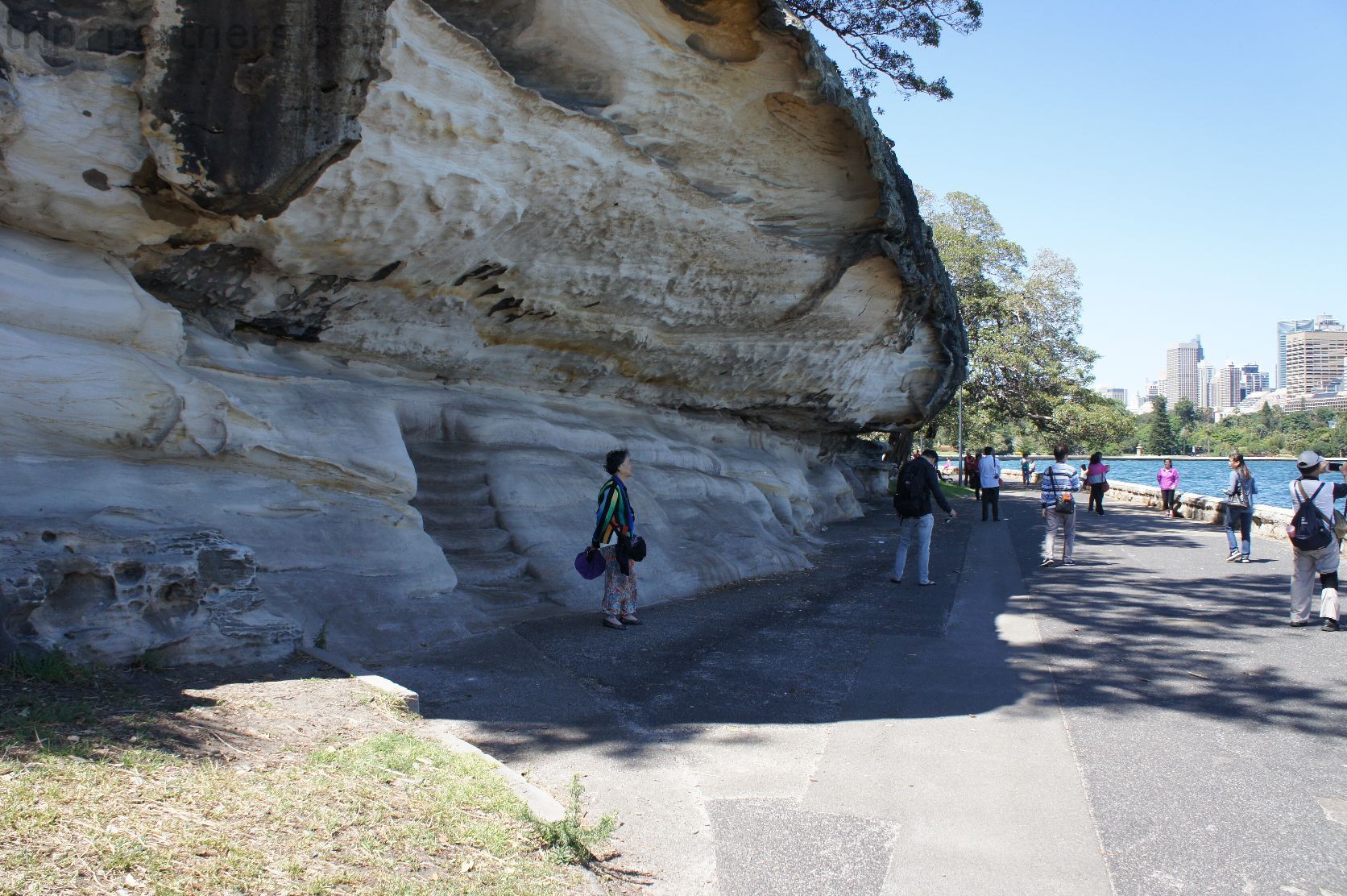 Also the last into a panorama。I'm feeling The Sydney!

Next time I think I want to go to the Sydney Opera House!