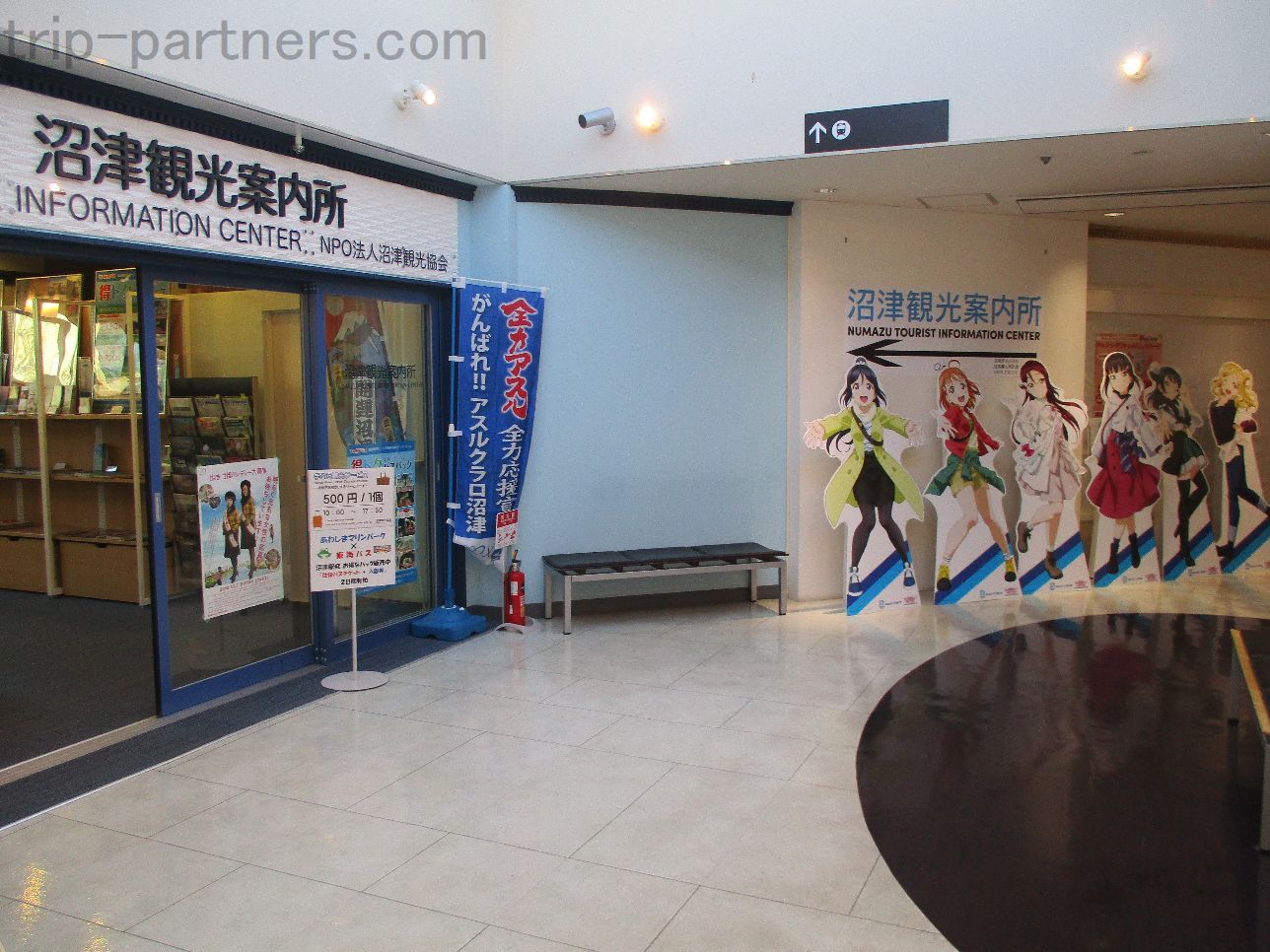 While middle of Sydney article、New Year's Love Live! Sunshine! ! Hurriedly posted according to the event。2019Year theater version also published there in Numazu is still of Anime Fever。I take my hat off just in love live Sunshine is willing to contribute greatly to the town revitalization 😀

It should be noted、But I was writing as "Ito-Yokado" in the article until now、lovelive! And to wonder if let's change the description because apparently those of Ishibashi Plaza rather than the aggressive of the Ito-Yokado。 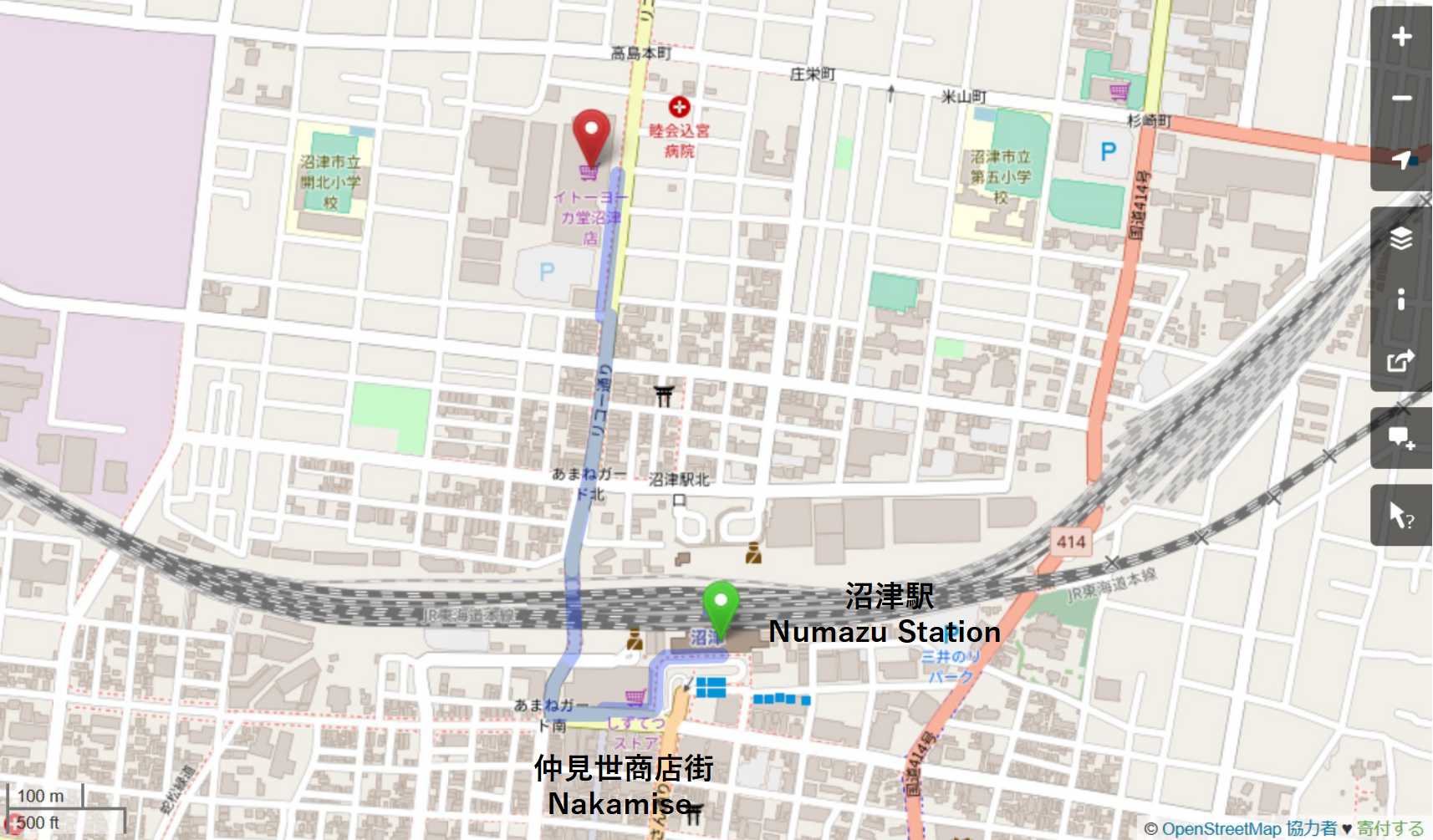 I think every time you write a route to exit from the south exit to the north exit is、In Toka you do not have to relocate the freight yard to the original station and result in elevated the ...... Numazu Station me to quickly Numazu Station overpass。Residents in the vicinity of the original station have in Son is a large opposition Toka、Or that you can not easily run。

YoriyukiShigeru Shuichi Mayor's really thank you。In addition to that before Onuma mayor was too excellent、Please to recover Nde ...... to around here because I'm down evaluated in or earnestly to postpone the fireworks 😡 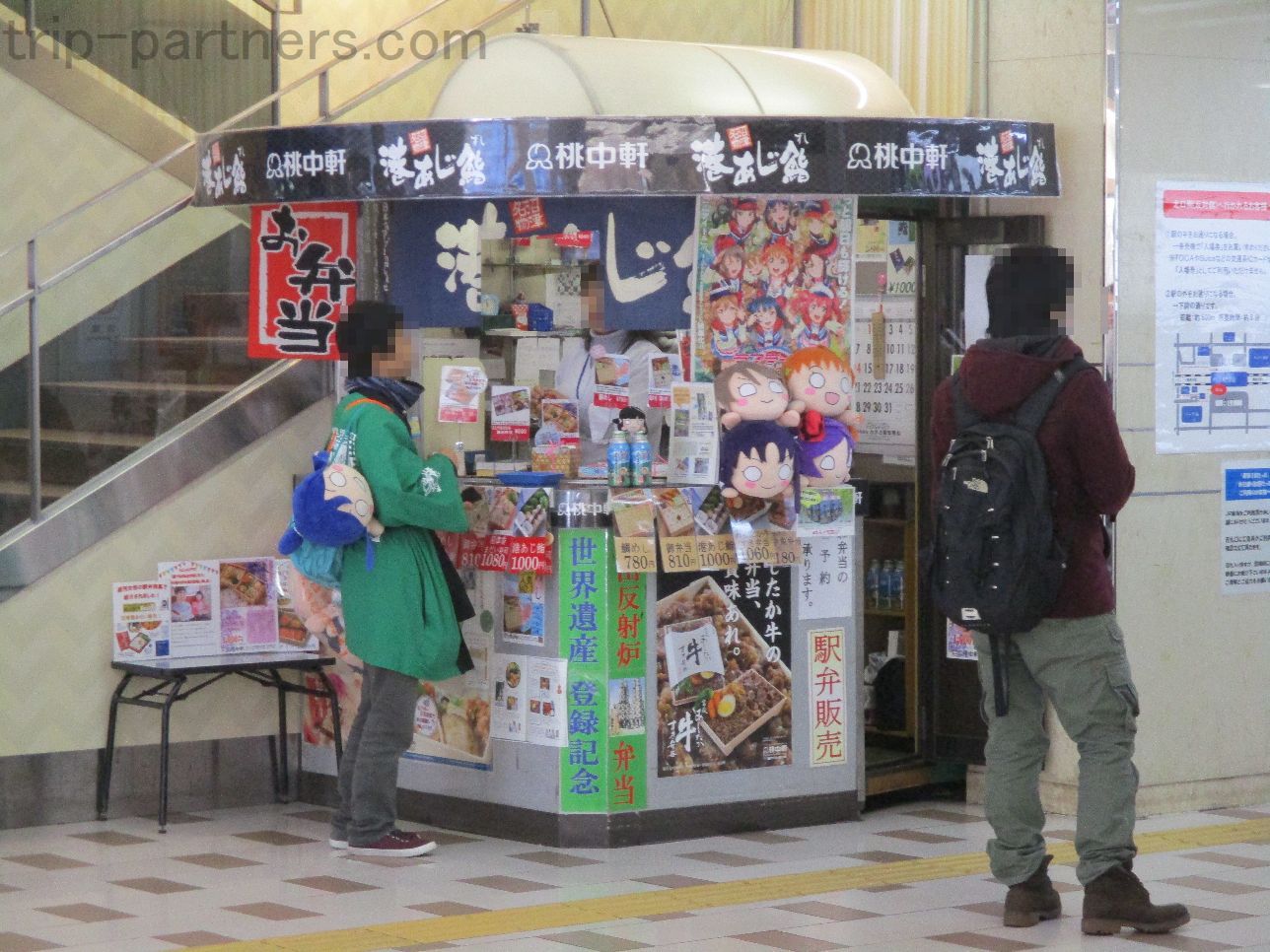 Piggybacking there at a rainy day stuffed animals。Surprise Hey 😯 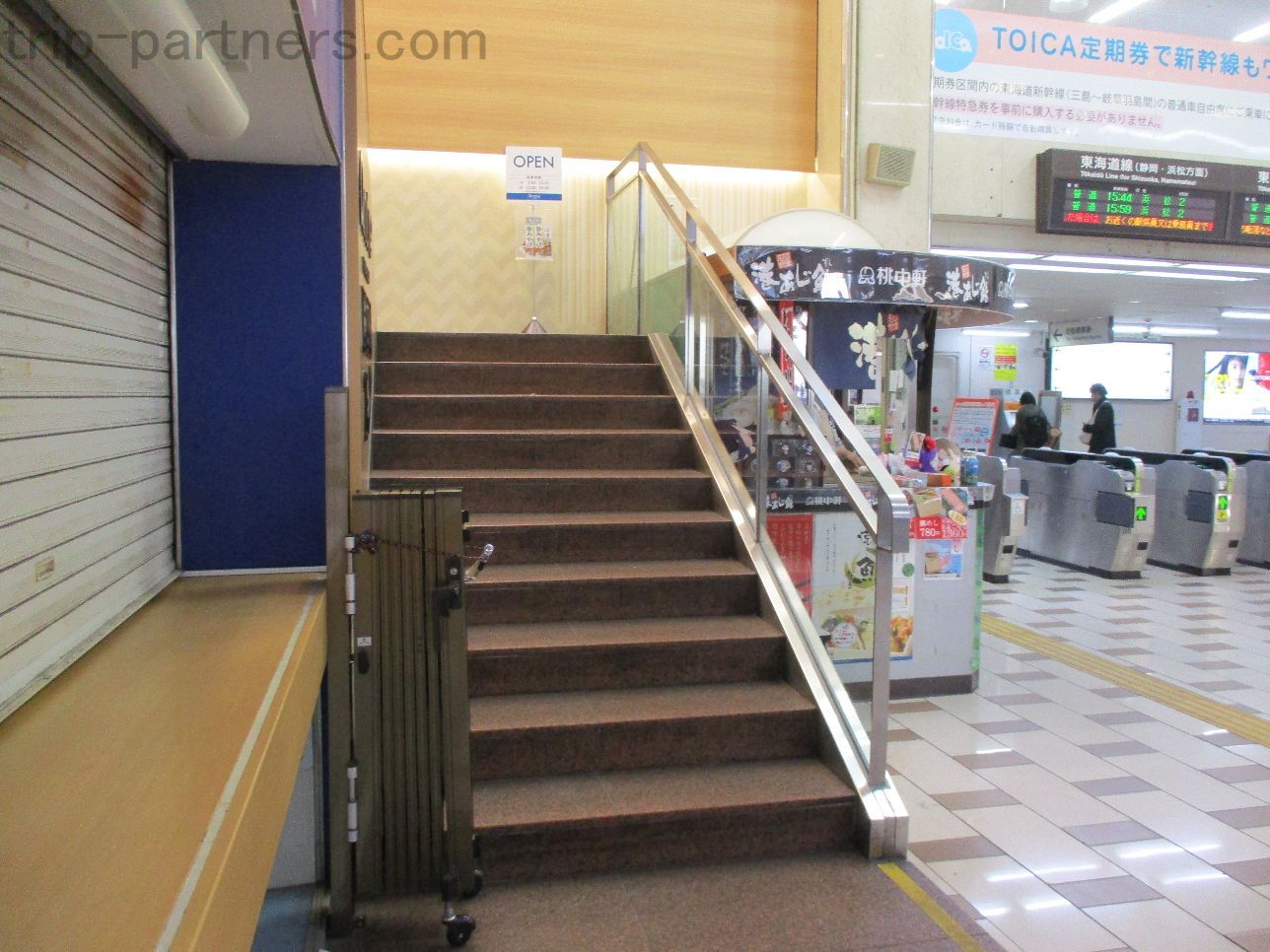 The second floor Limited Life-size panels went up the stairs。Unfortunately, New Year's Day had closed。The Yomoya was open from 2 days。So Tteyuu was re-visit the next day。 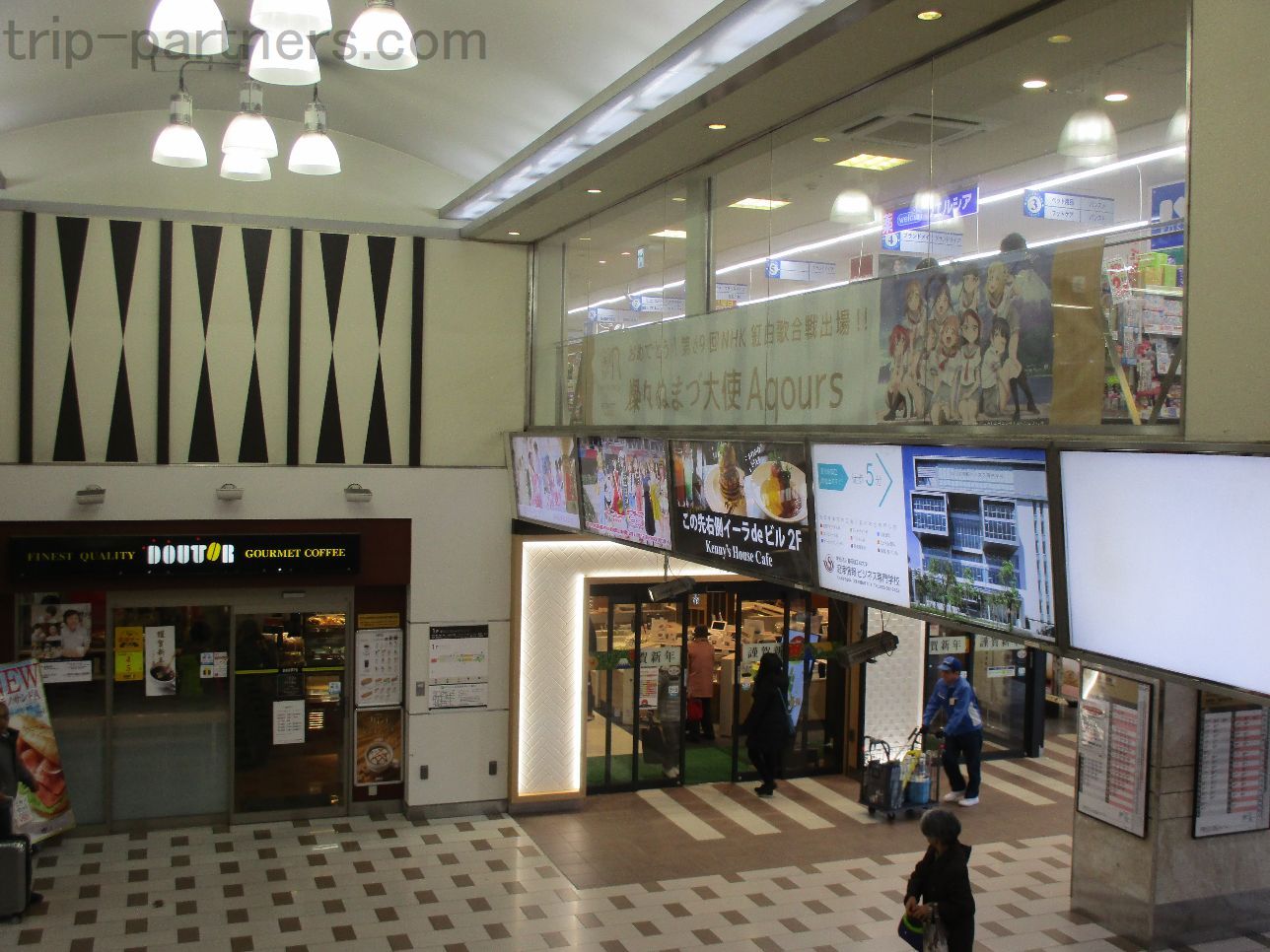 What I wonder famous I Numazu? When I thought I、Fuji also Suruga Bay also to be seen other than Numazu、Or with's a subtle name recognition Nante Kano River and Kanukiyama say。When it comes to、It's not only love live I Numazu specialty 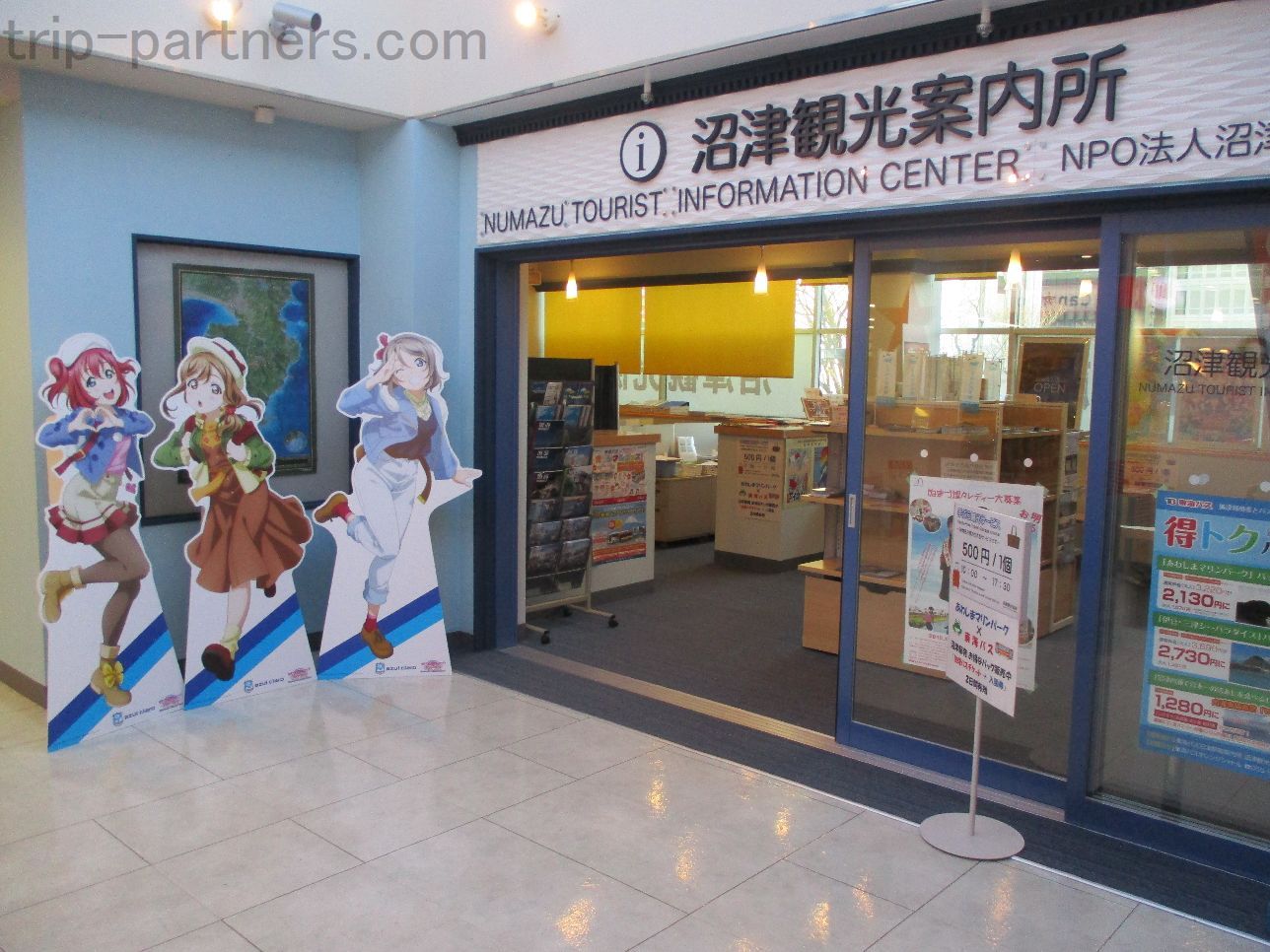 The remaining three servings of life-size panel Once turned around behind。The nine is likely limited exhibition until January 20,。

It's cheaper than the station of the locker (large) the way I luggage one 500 yen deposit services。300 yen each in small, medium, large I Numazu Station locker、500Circle、600Because circle、Is cheap that those who deposited in the big luggage if the tourist office。 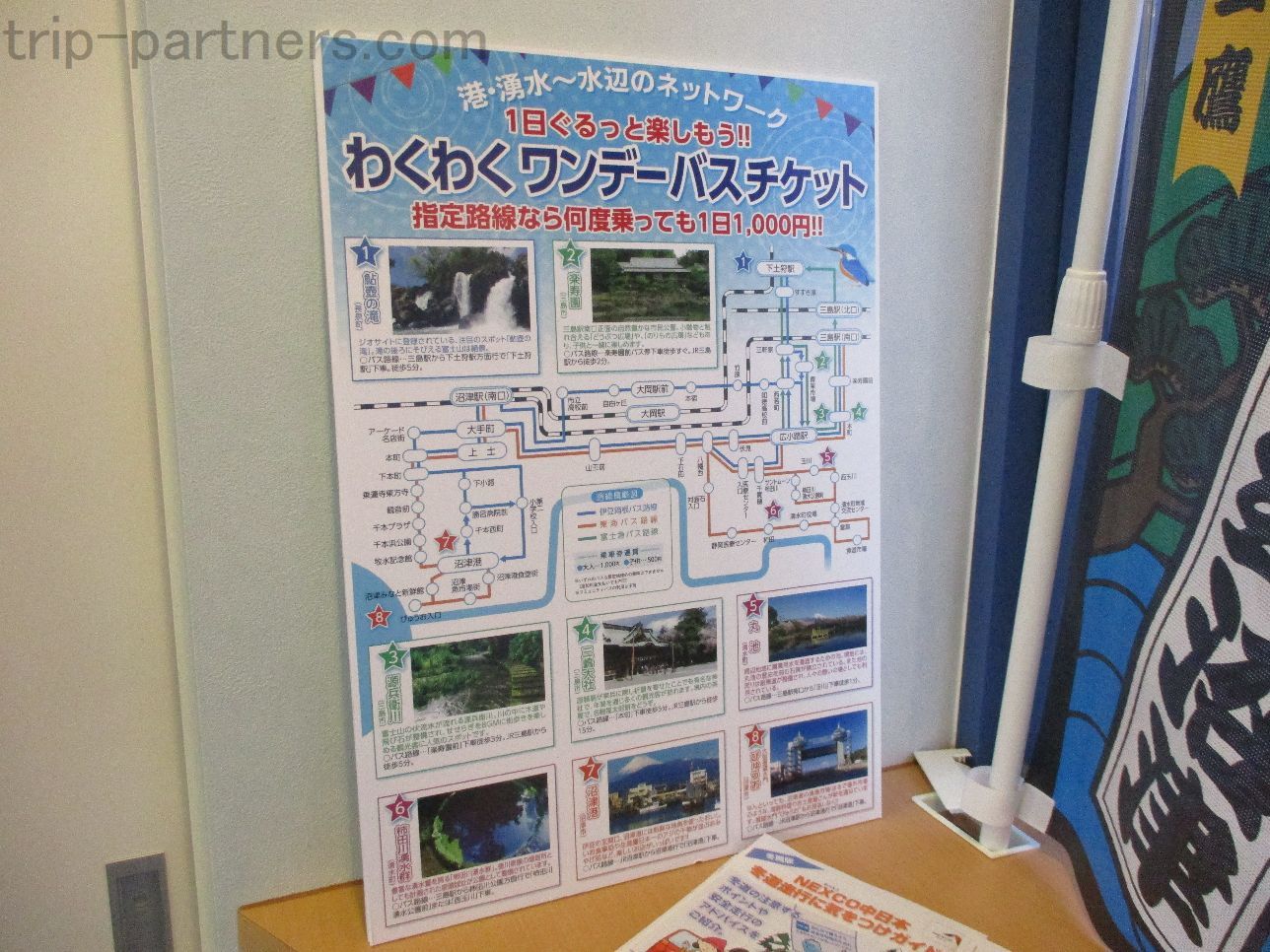 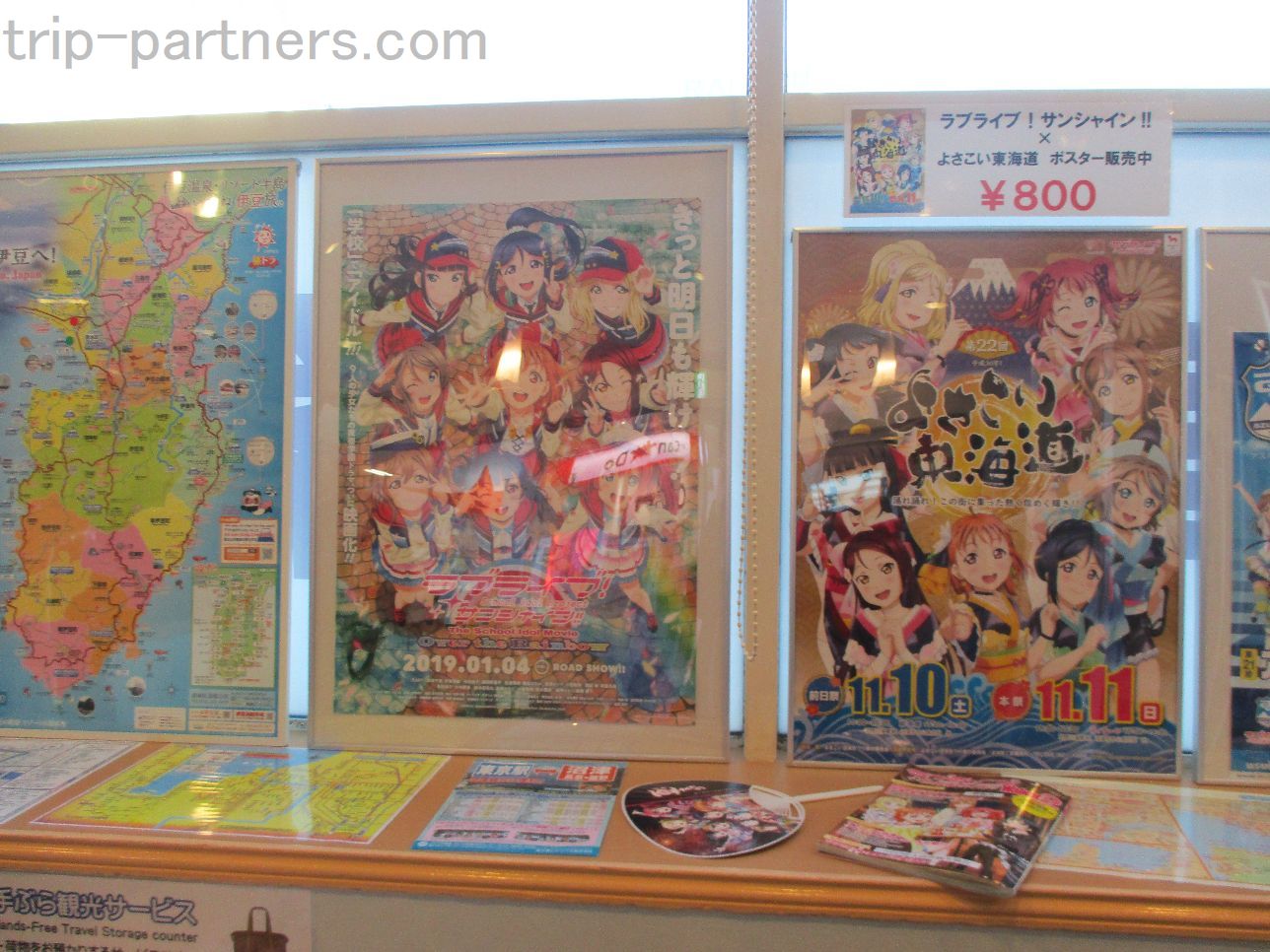 Yosakoi Tokaido of poster sales。Poster it's 800 yen uniform。It was certainly a fireworks display to be 800 yen。It should be noted、1Filming location map of the anime "Love Live! Sunshine !!" has been distributed in this tourist information office from the moon four days! For more informationNumazu Tourism PortalPlease refer to the。 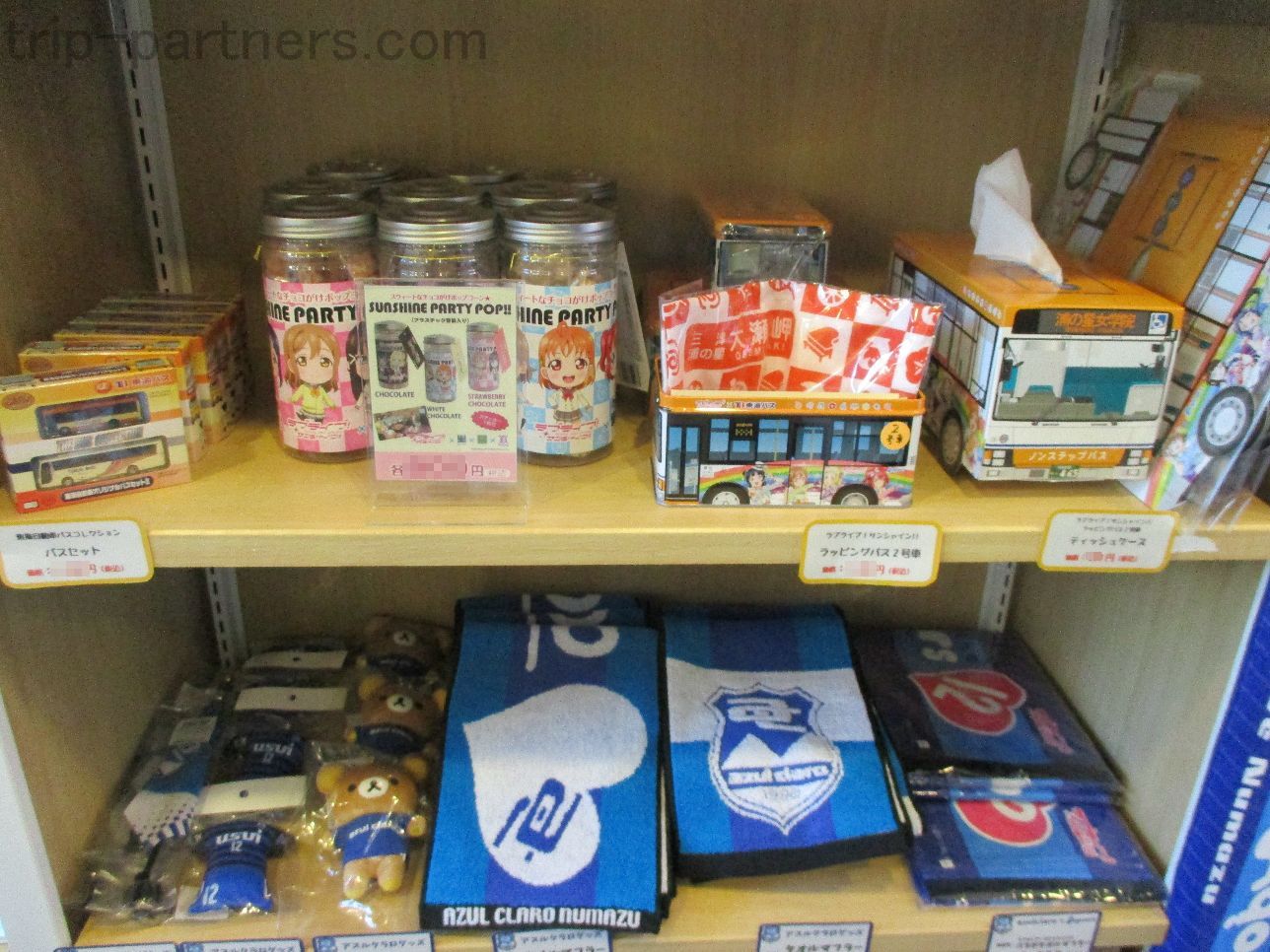 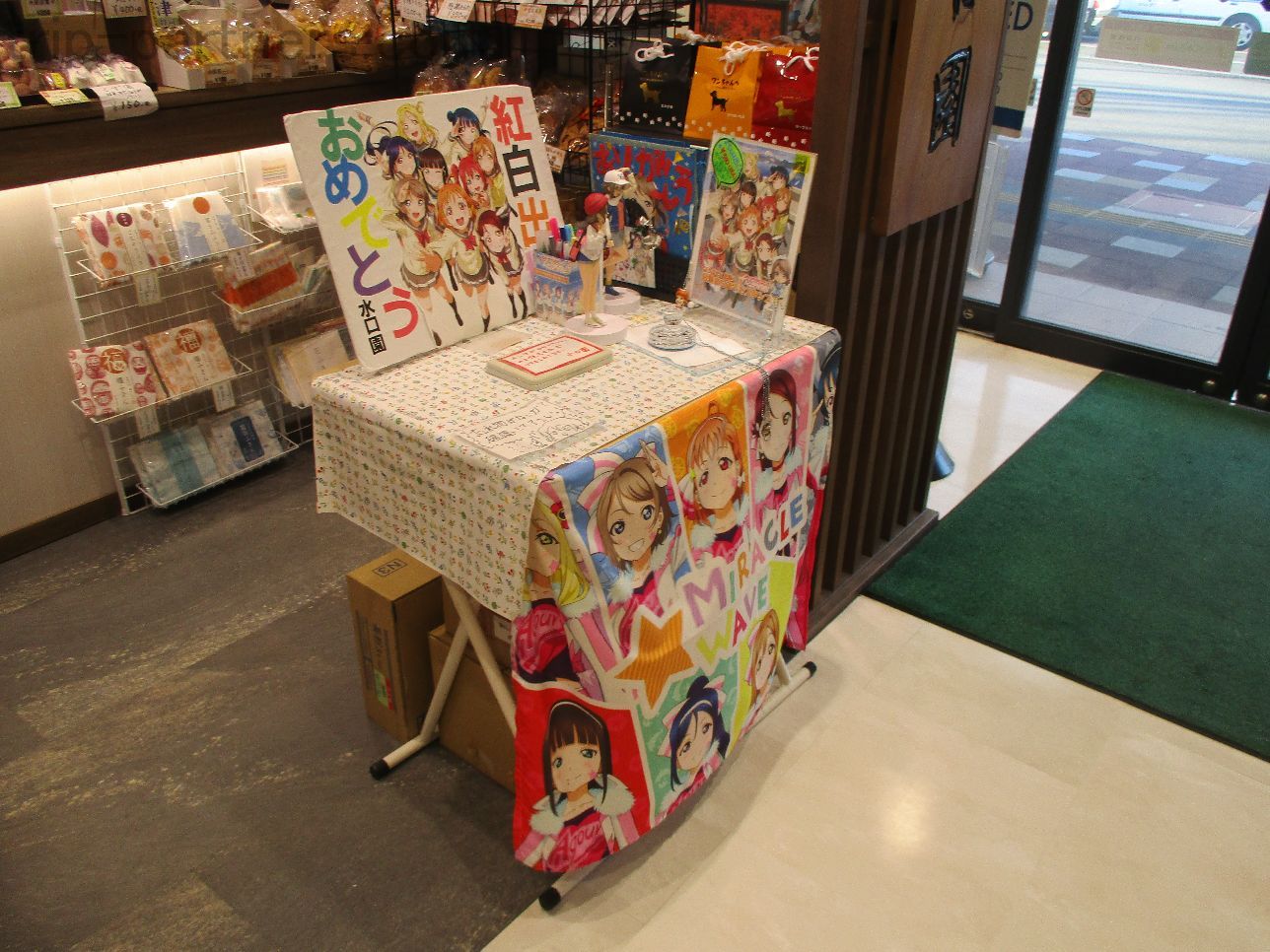 From the entree to the Ishibashi Plaza 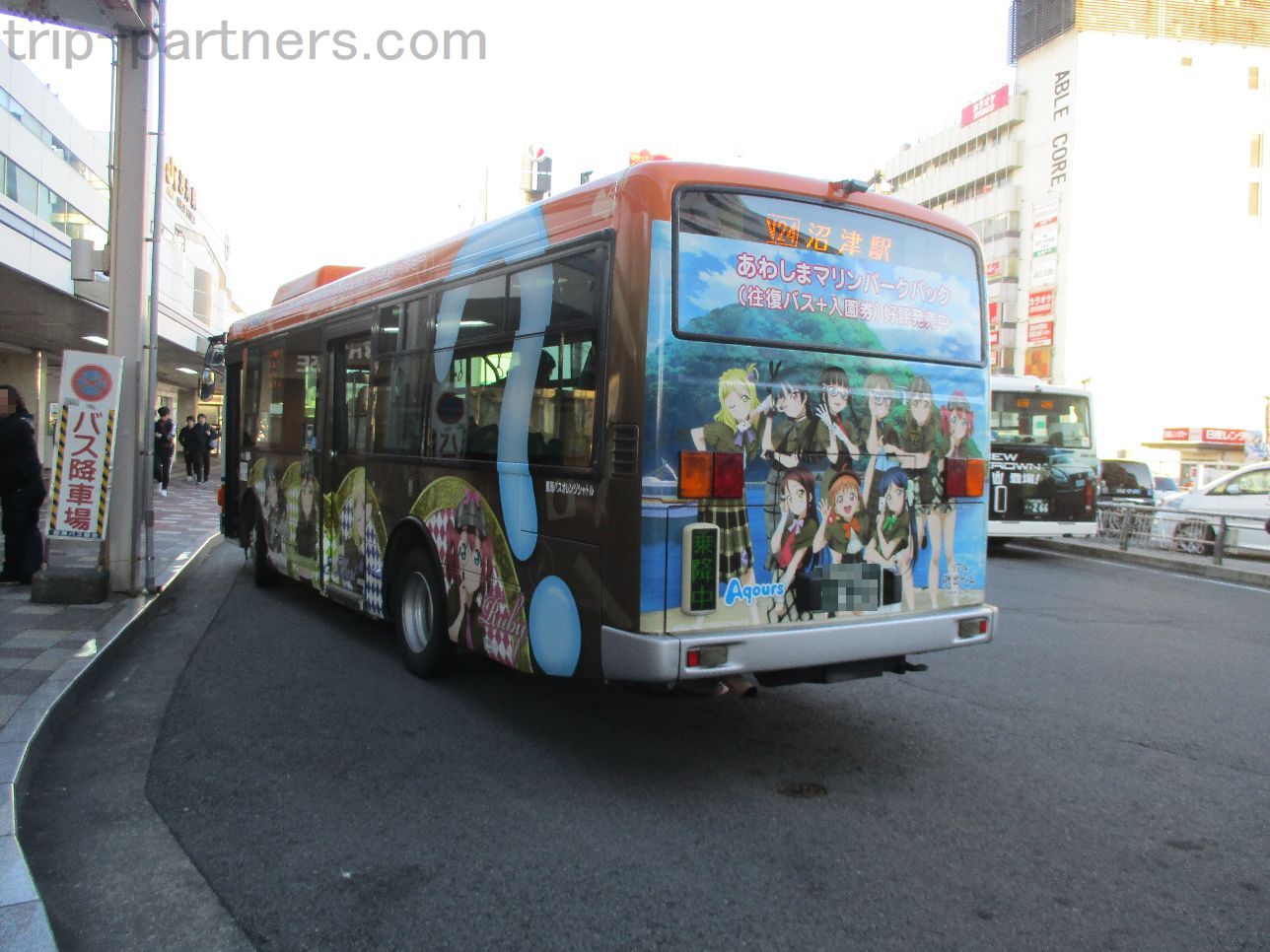 It had stopped lapping bus to the rotary out of the station。Moreover, promotion of Awashima Marine pack was talking about earlier on the back 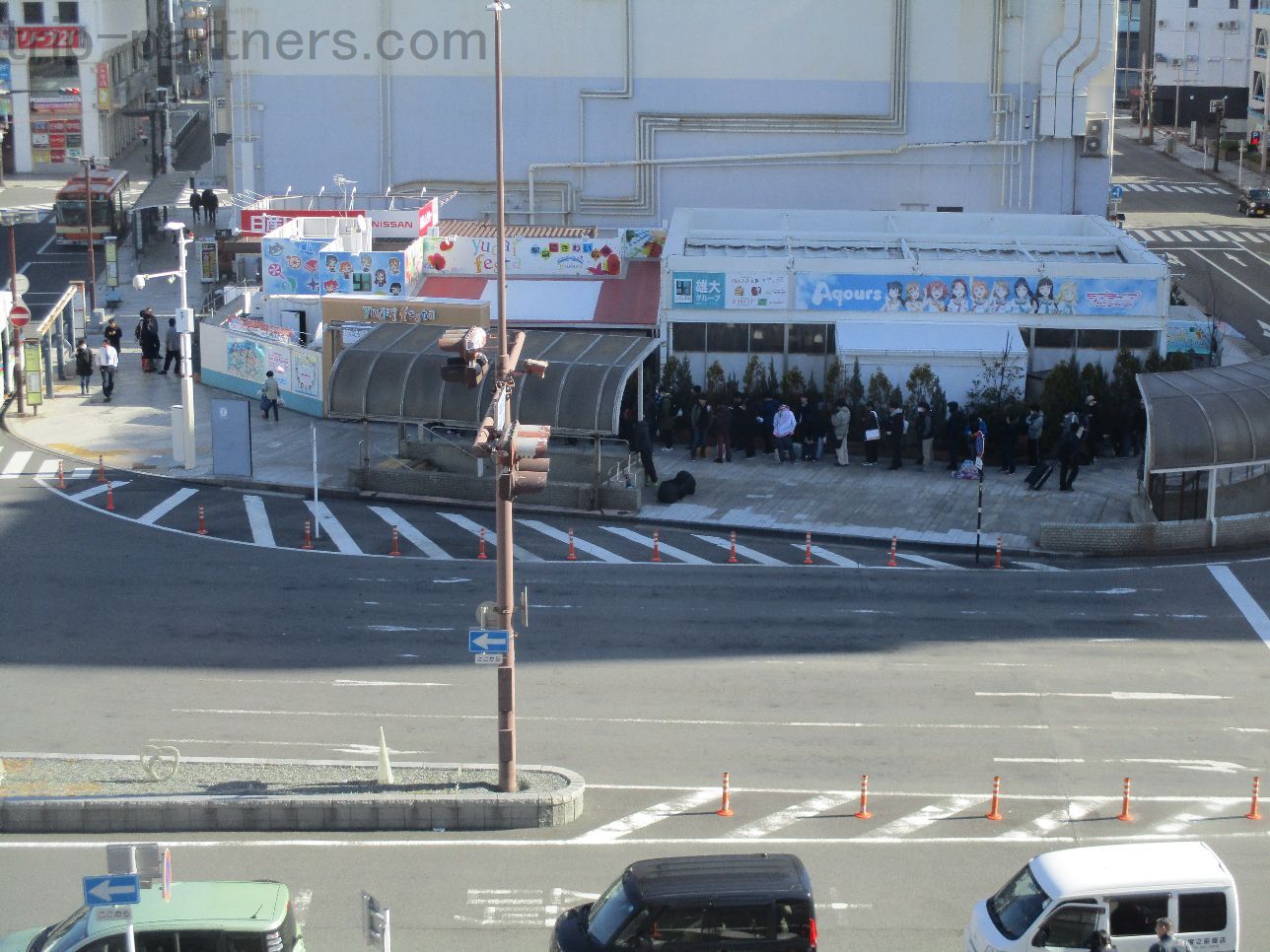 New Year's Day of the appearance of "Love Live! Sunshine! ︎ × majestic SUN! SUN! Sunshine Cafe"。Because it can tremendous matrix I have to catapult taken from the third floor of Shizutetsu store。 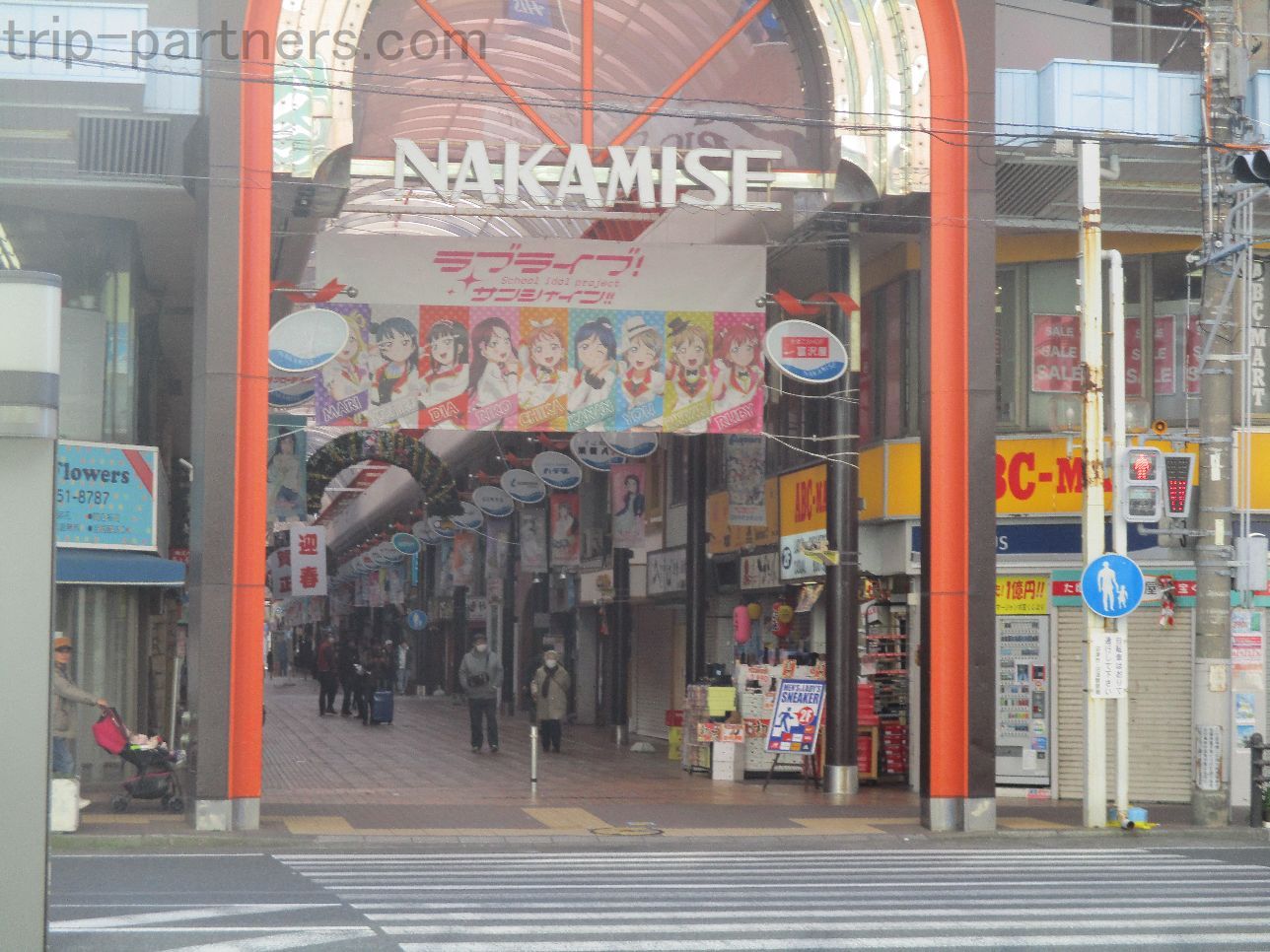 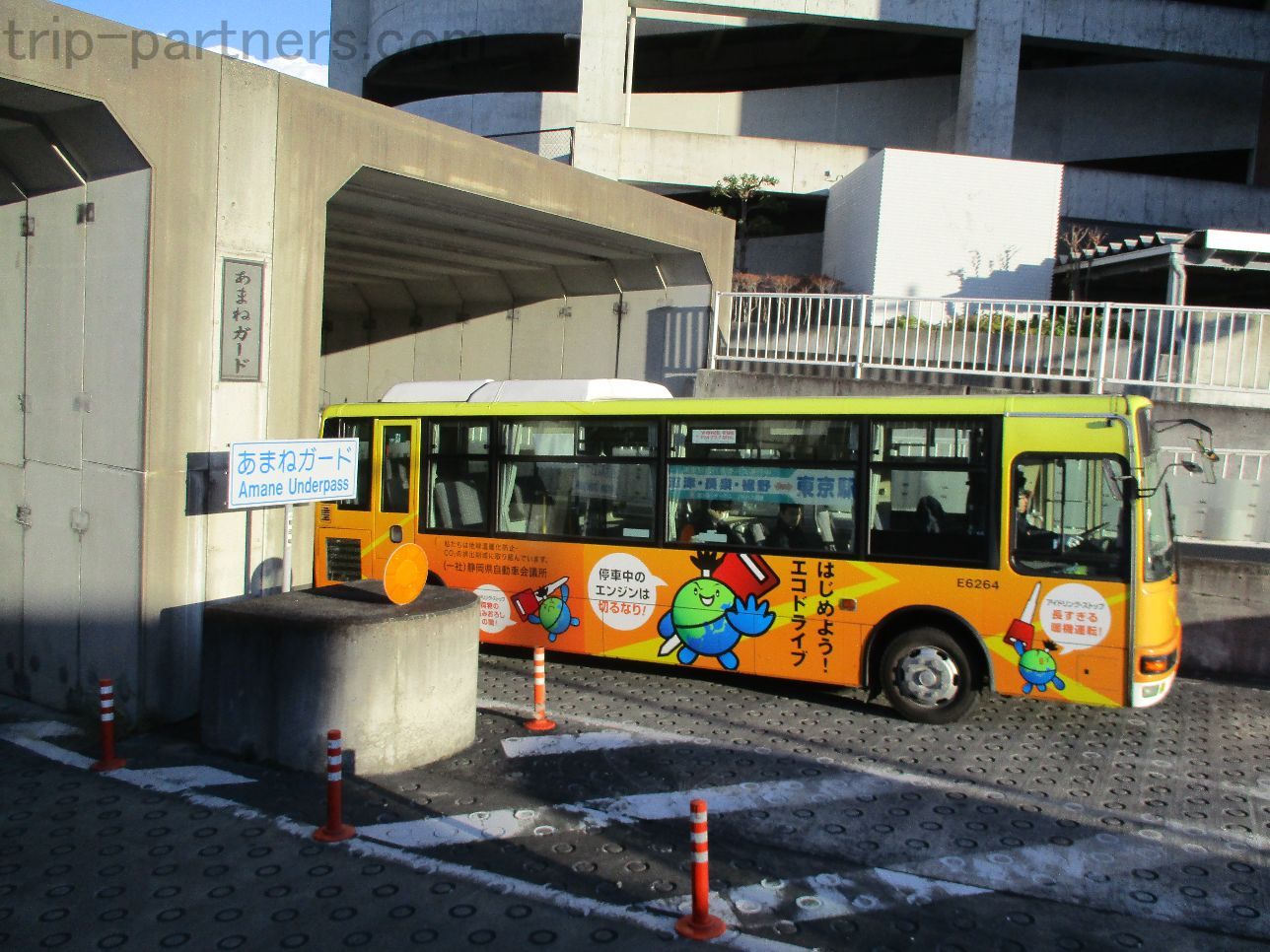 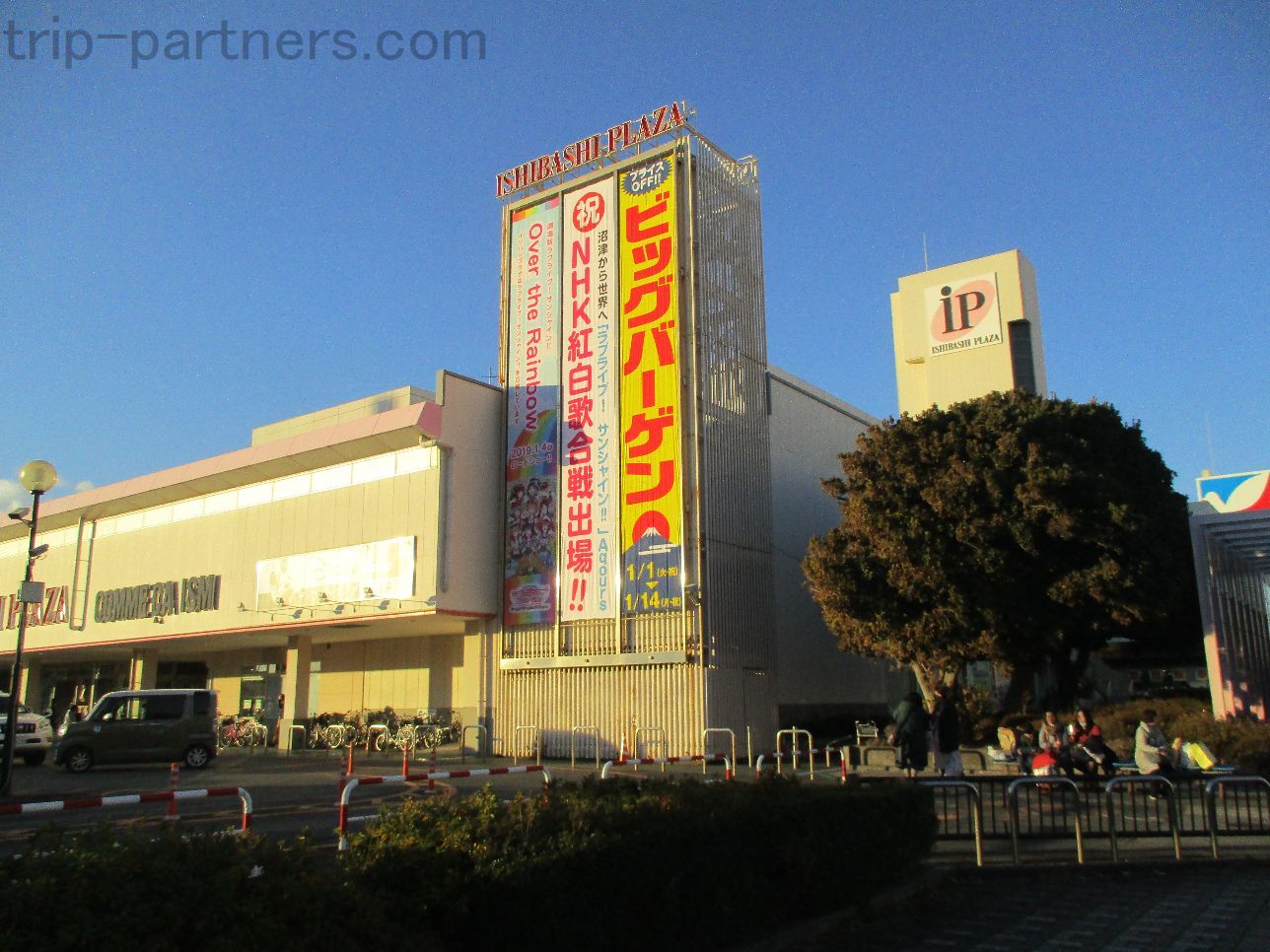 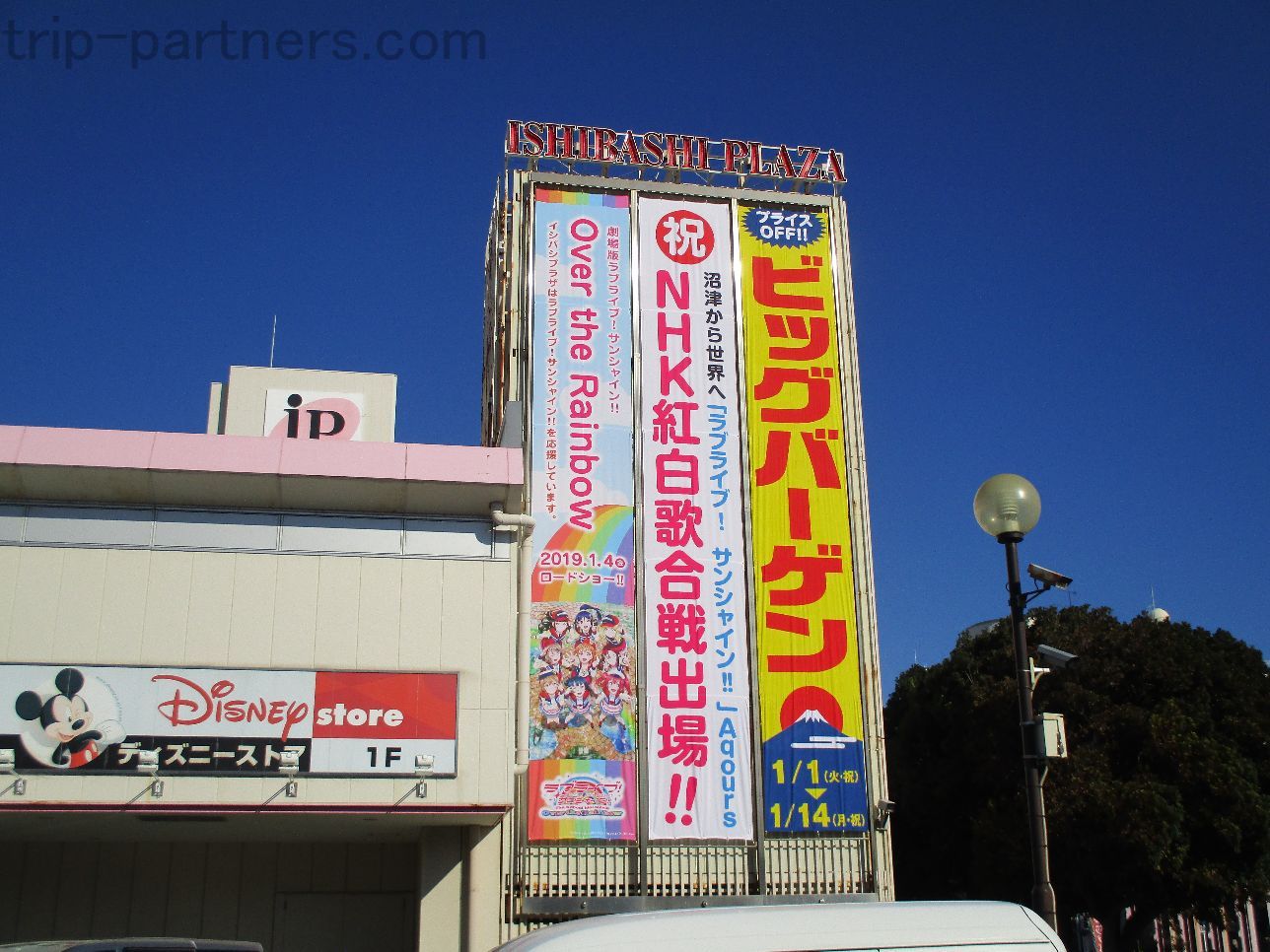 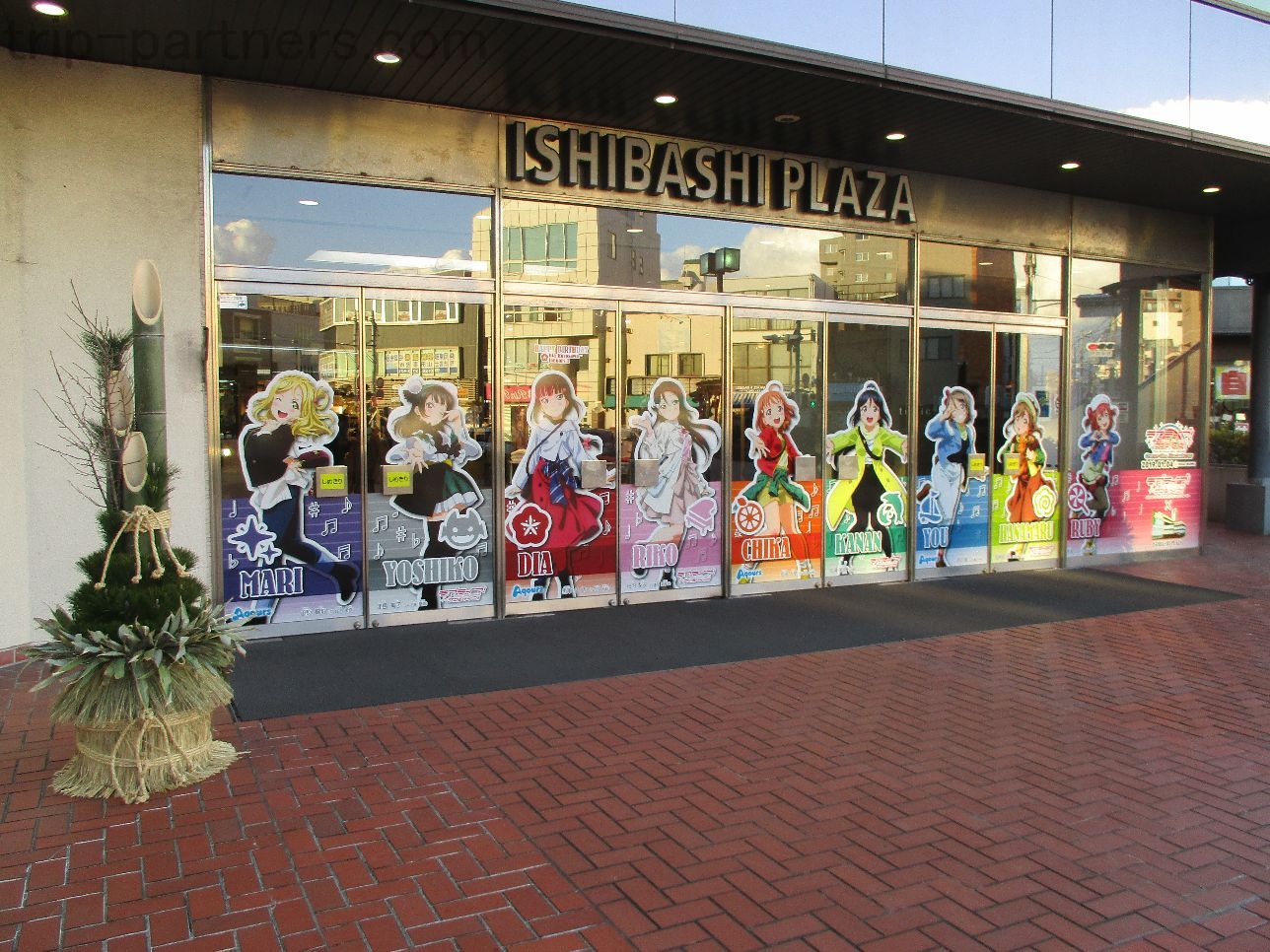 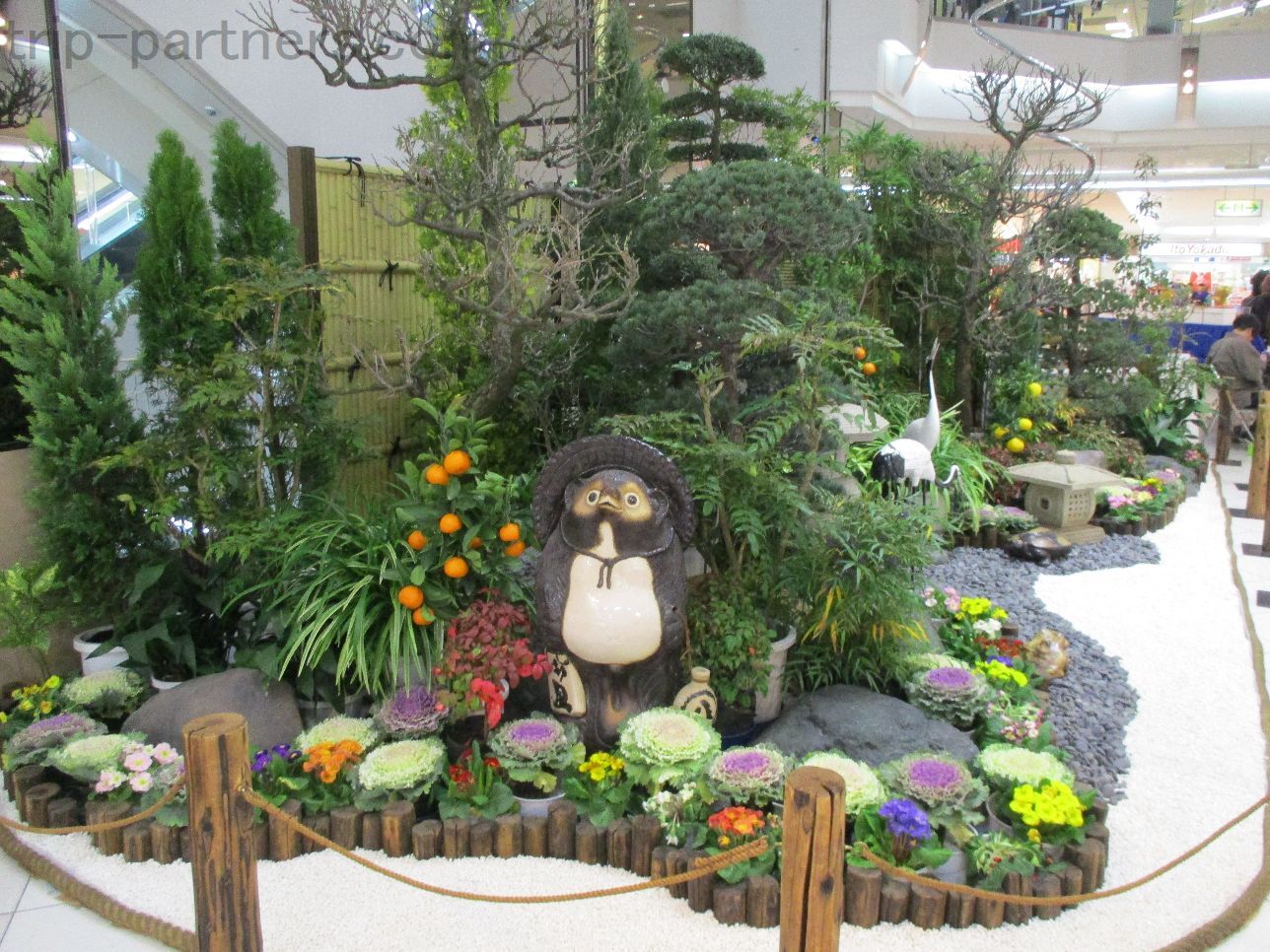 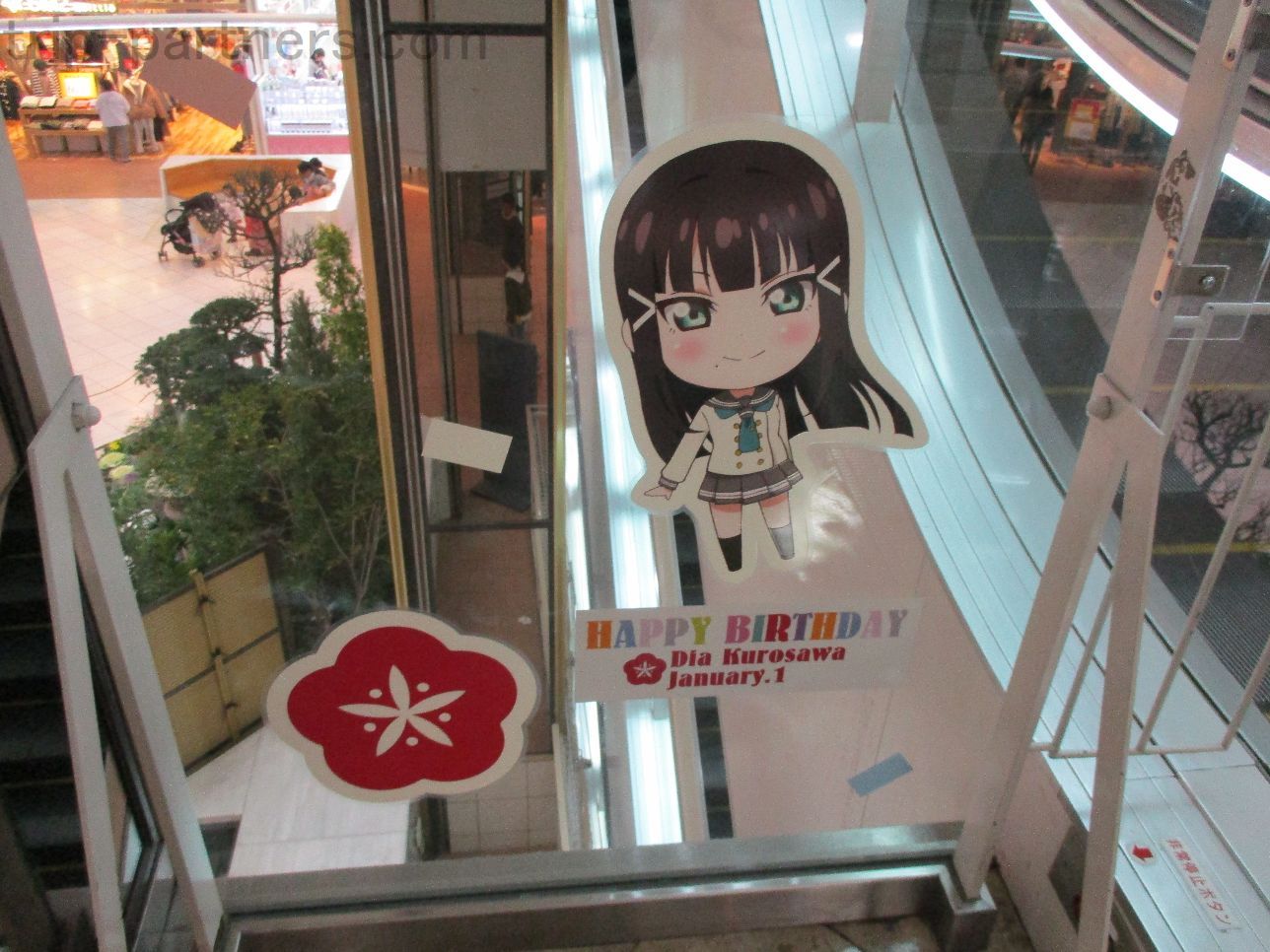 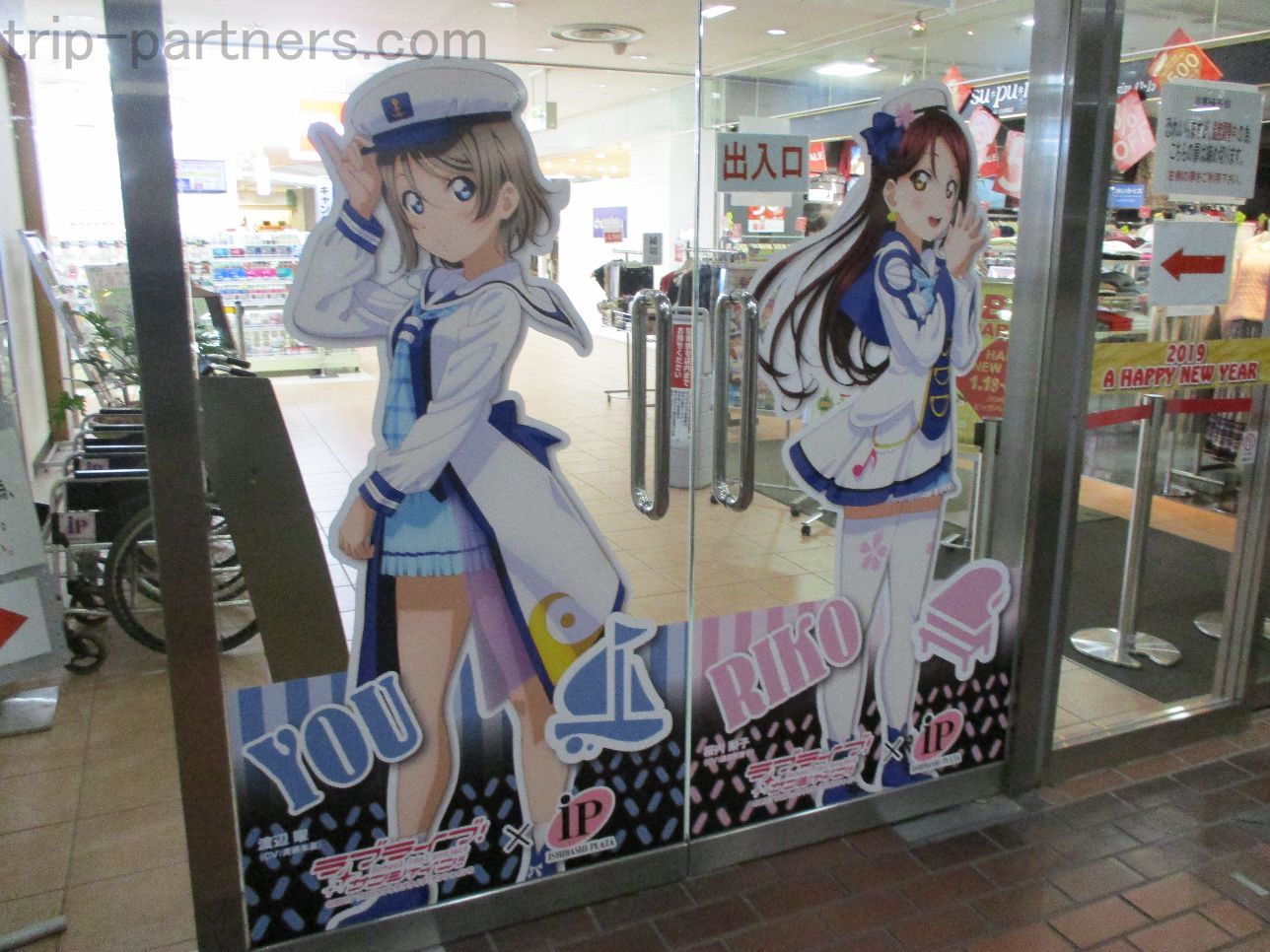 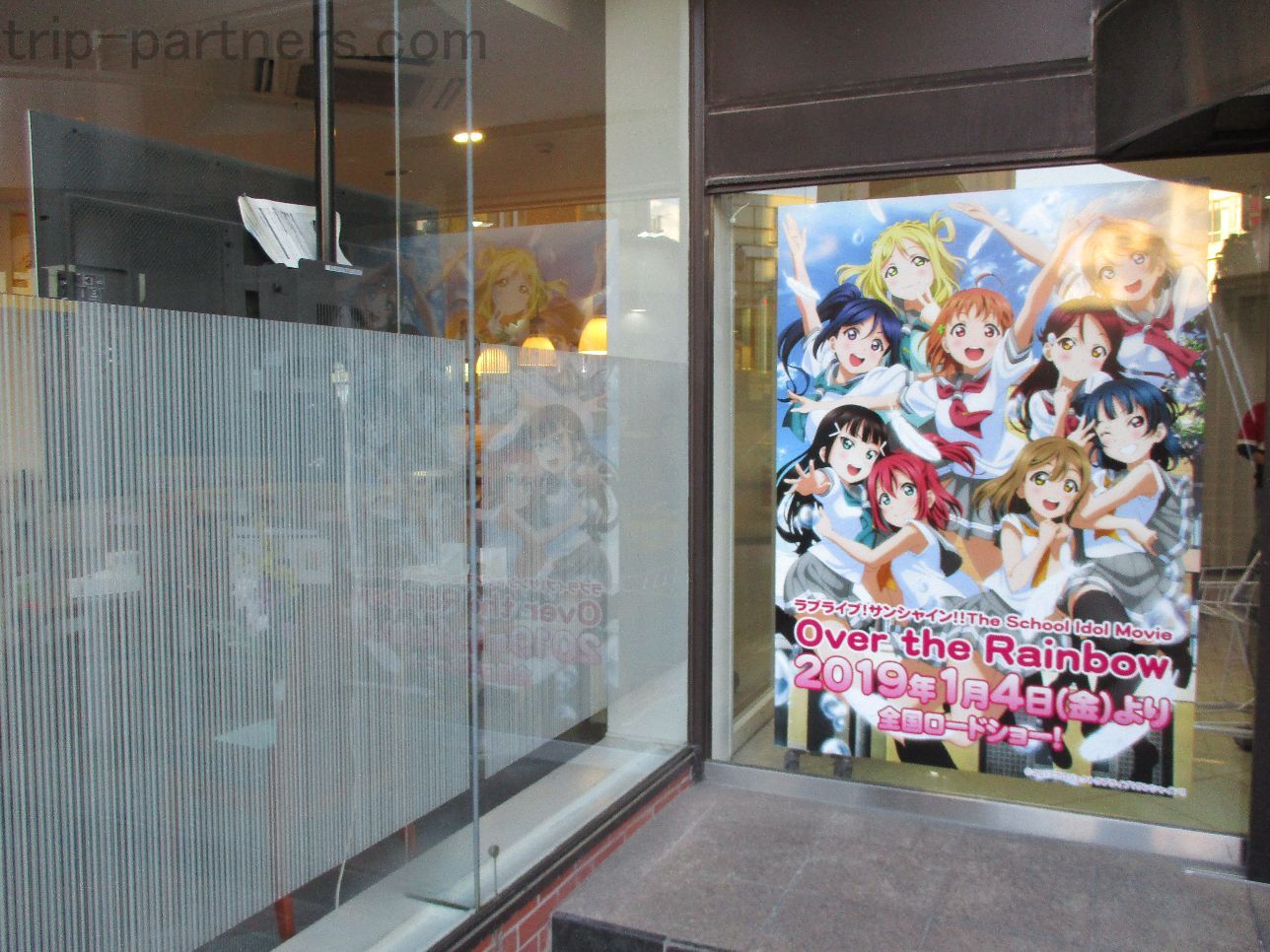 Advertising of Over the Rainbow also at the entrance to the underground。This screening is likely to become lonely and become Love live Sunshine Last Broadcast Numazu。It is by all means a sequel hope!