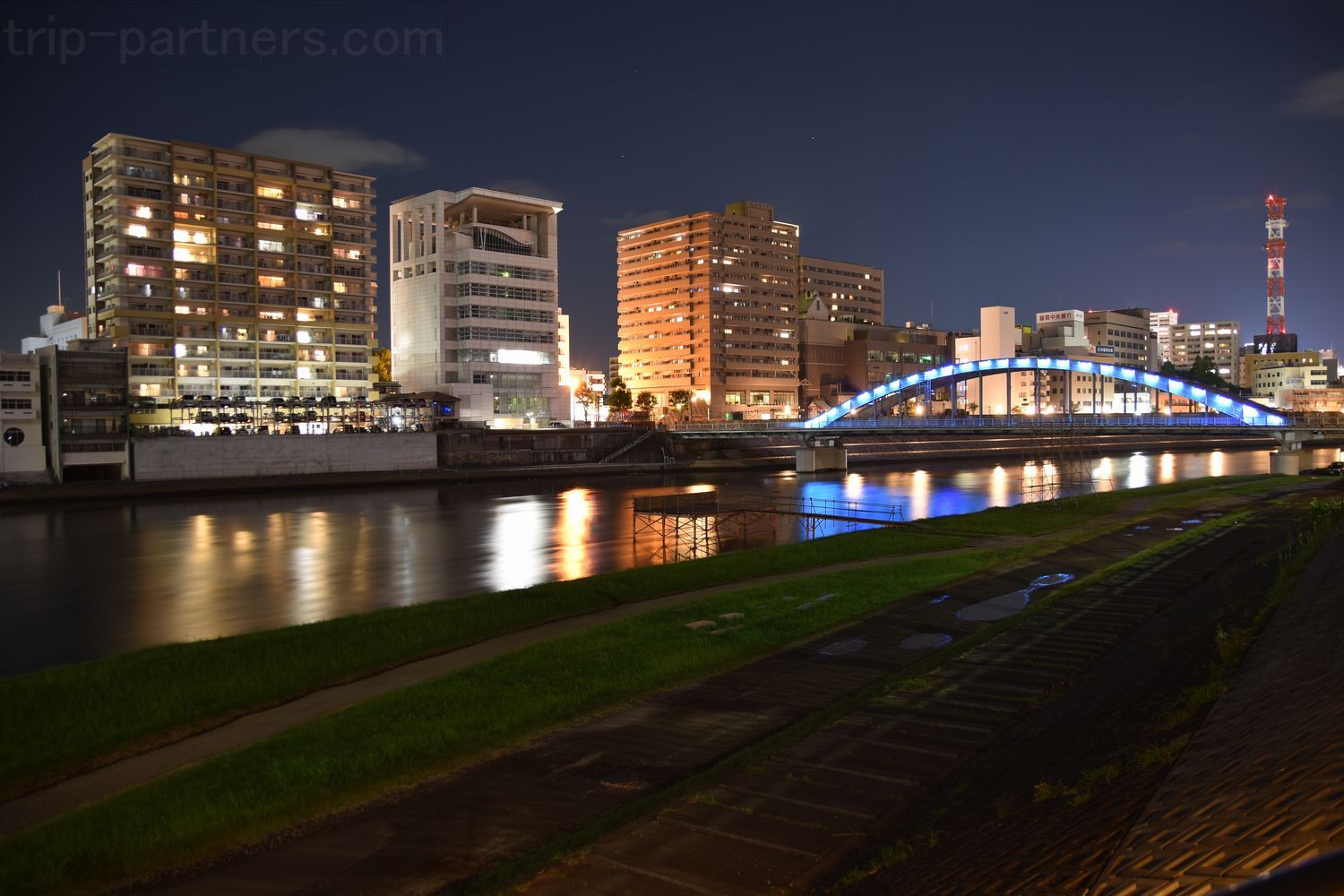 2018Year Numazu Summer Festival, Kano River fireworks 71st。Bringing the single-lens reflex camera Nikon toward its fireworks display。The spirit of this time because trying to introduce incidentally was born and raised city of Numazu of night view。Numazu can not be said to be the city、Even though the night view than subtle? There may be an image that。However、I want to know all means to you that I is worth visiting at night in Numazu!

Numazu Station neighborhood and along the Kano River 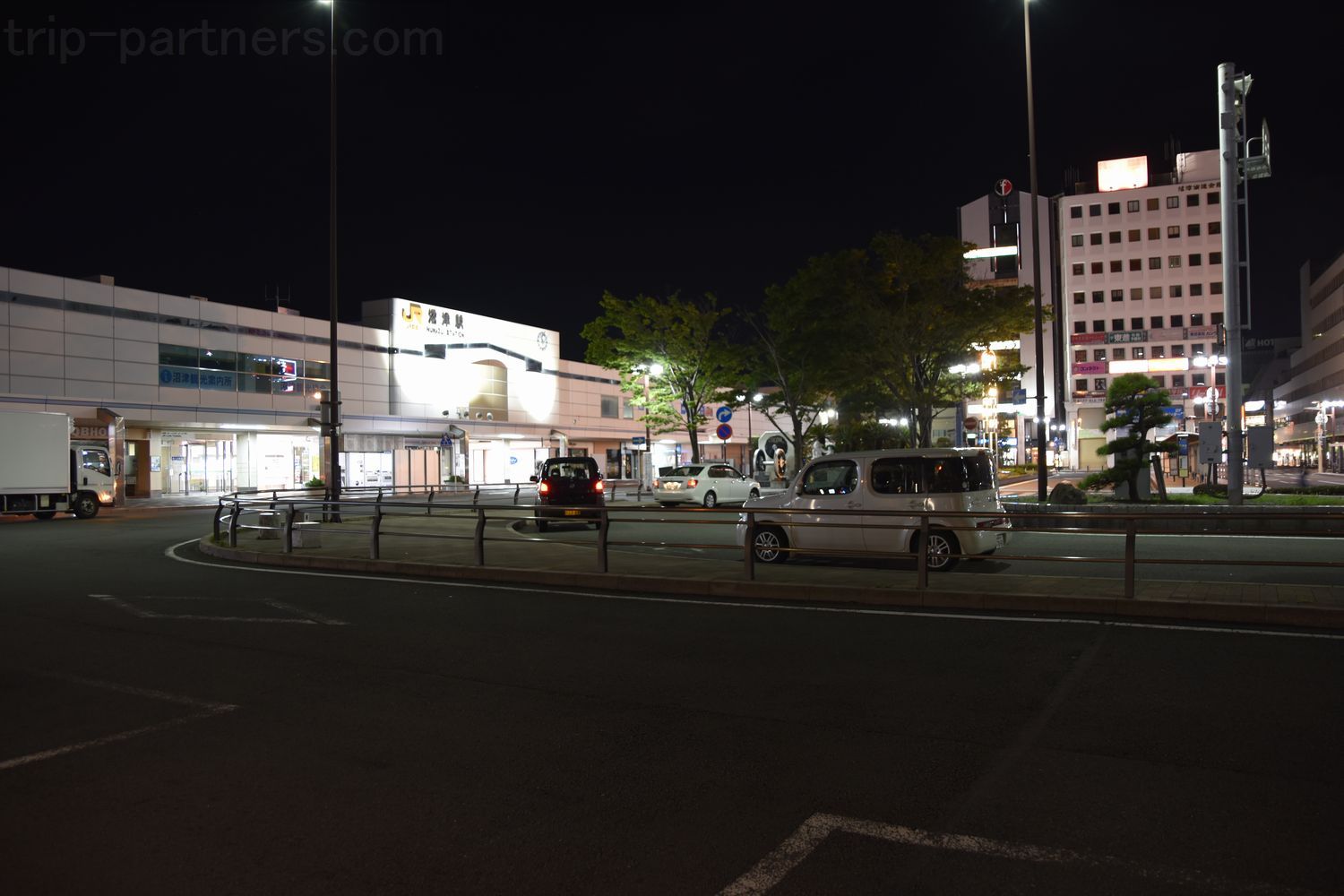 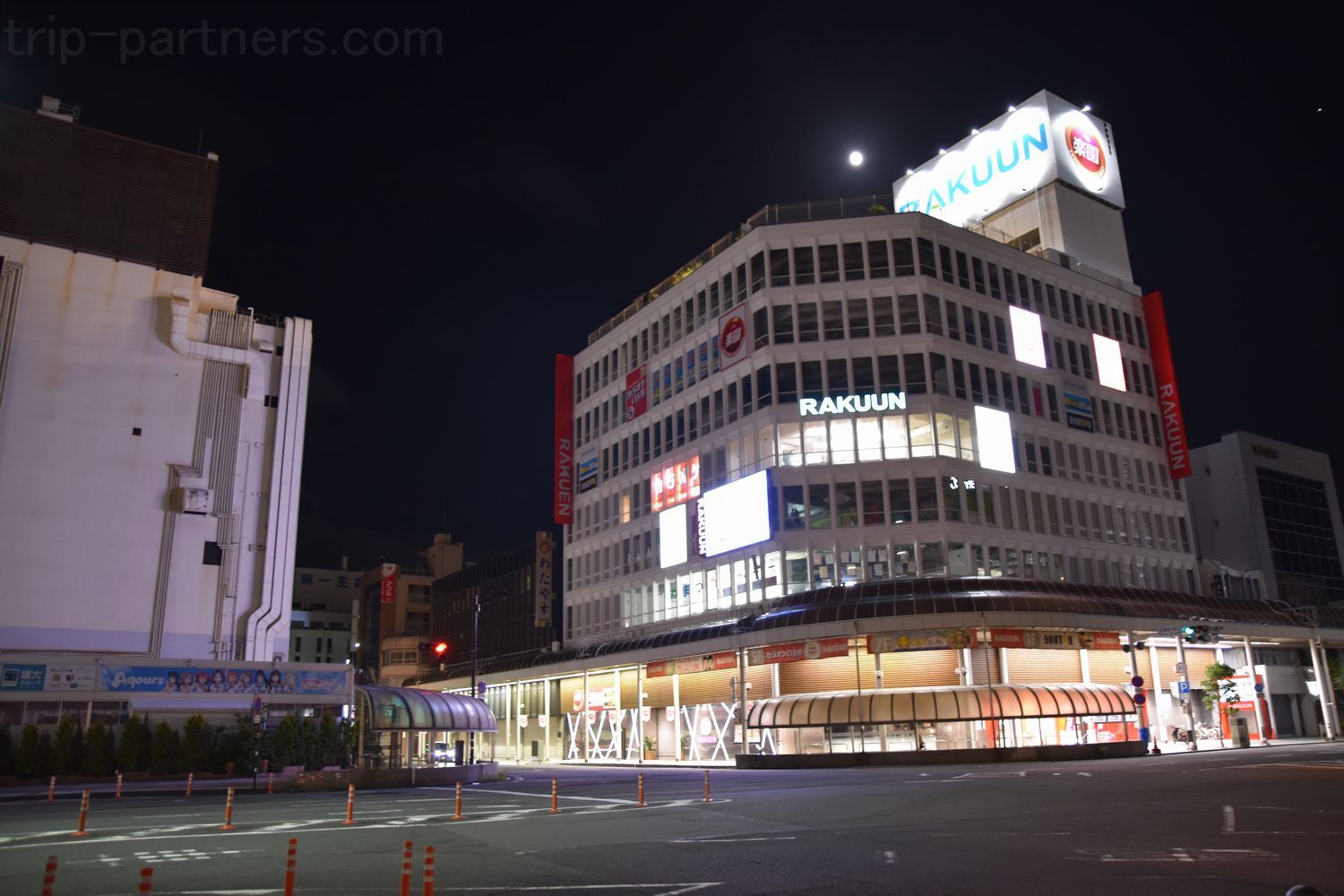 Now、Let us toward the direction of History Bridge from here。 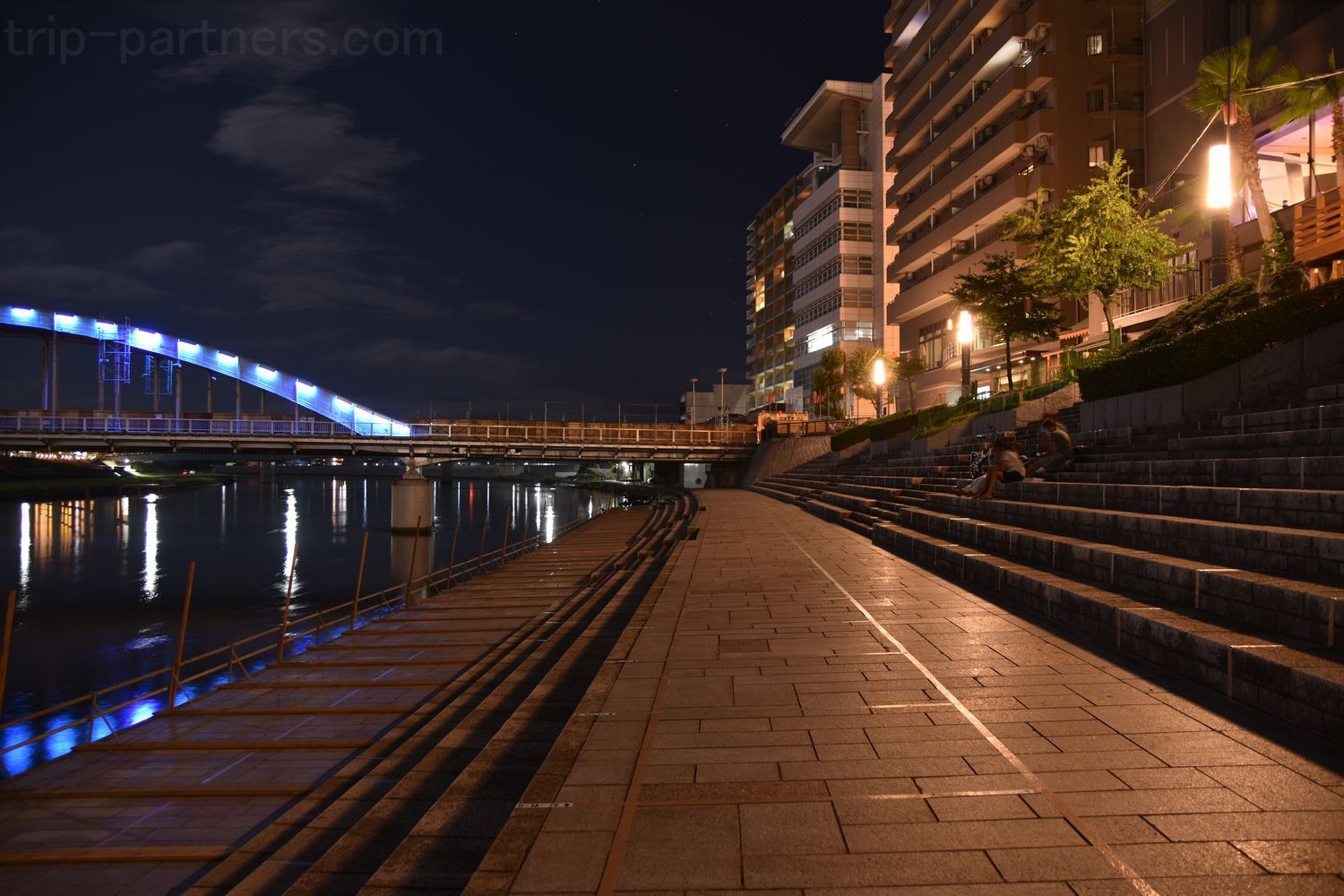 The river side of the Riverside Hotel in a slightly different location。Around here is paid bleachers with fireworks。Do will I see are finely divided? 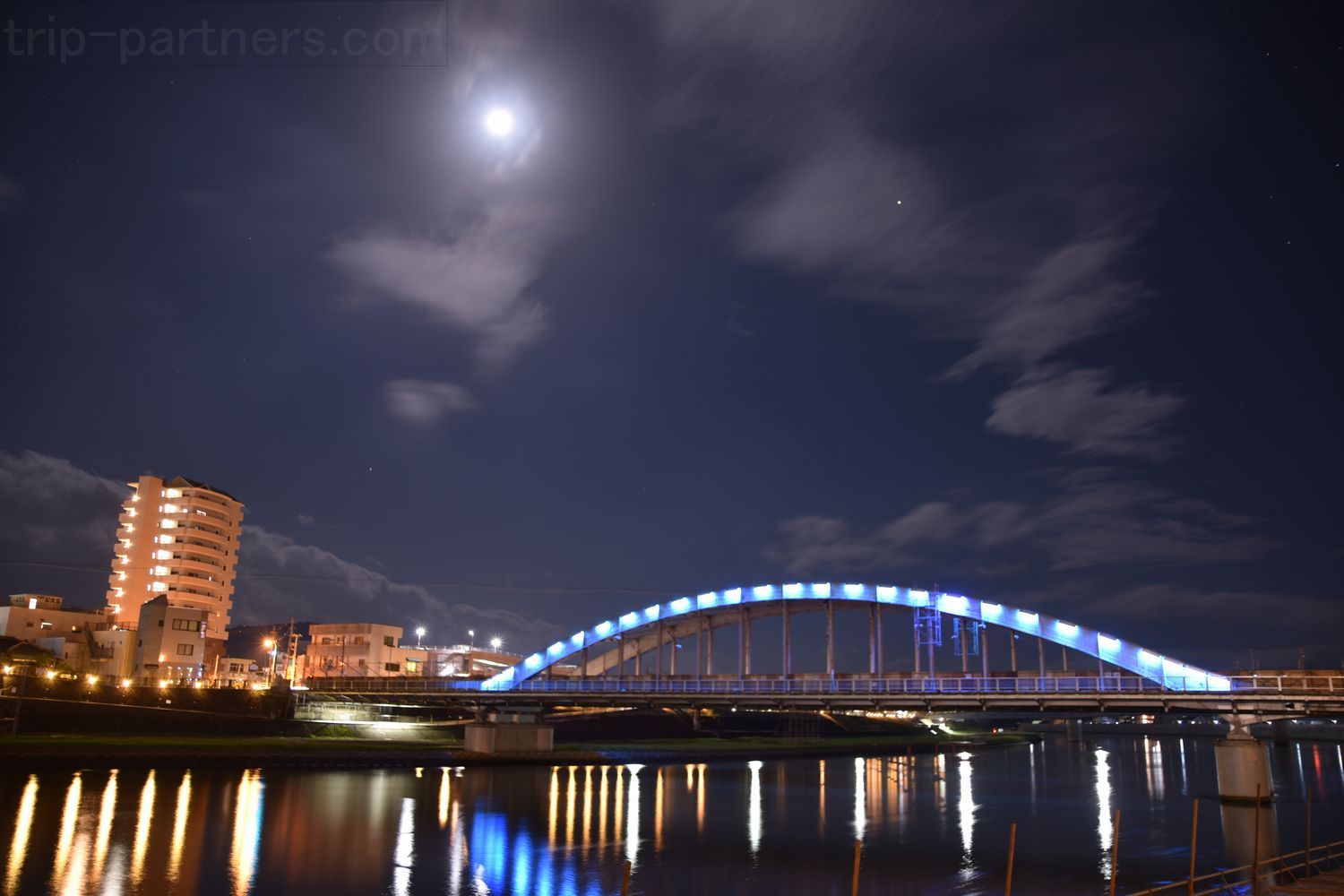 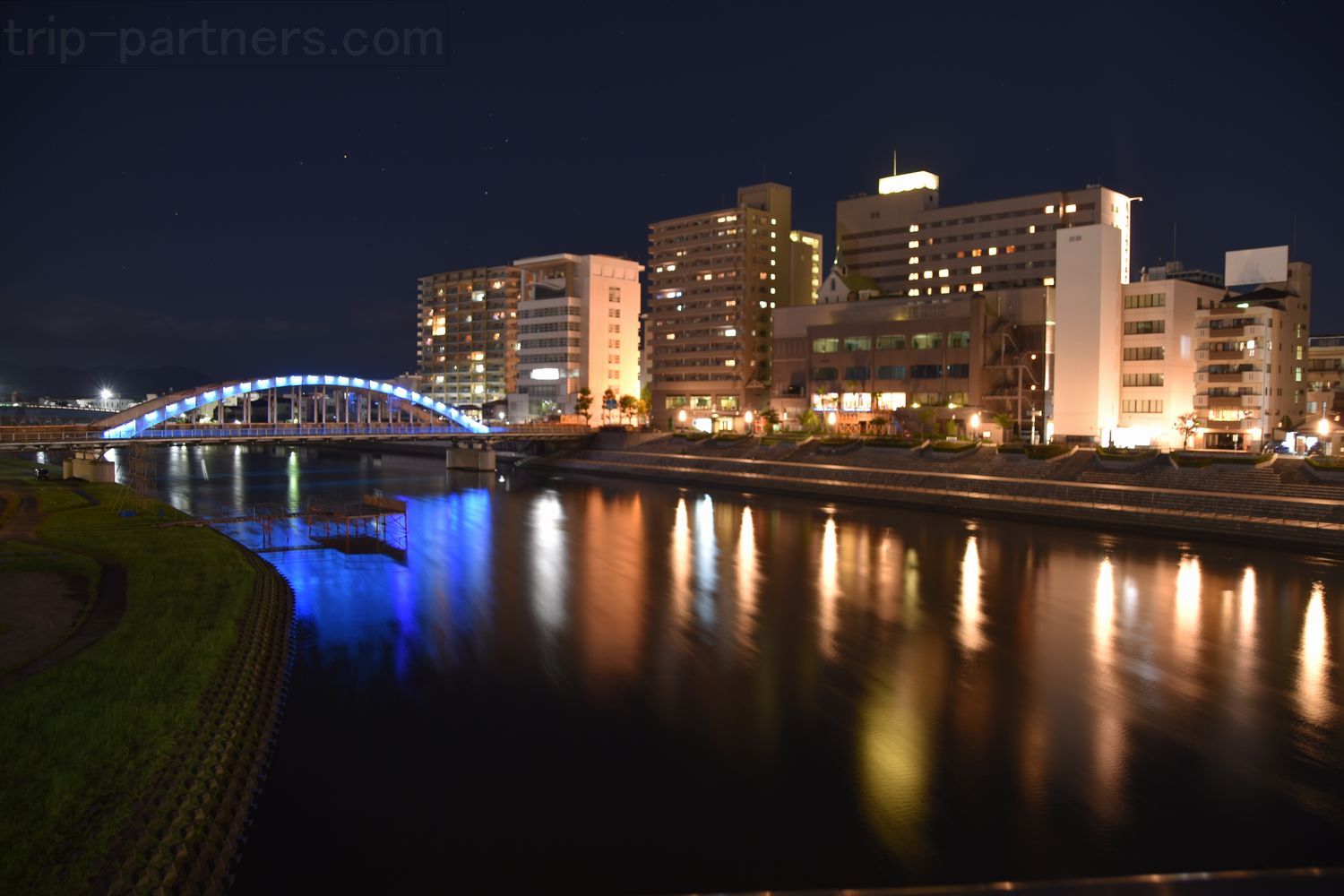 The Onaribashi direction toward to the Perpetual Bridge side is now。SBS from apartment、Riverside hotel、And this landscape with views to the tower of TEPCO is what I would like you to look at all means is when you visit in Numazu。By the way, this place is during the fireworks display off-limits。Hey from fireworks launching pad is right there。 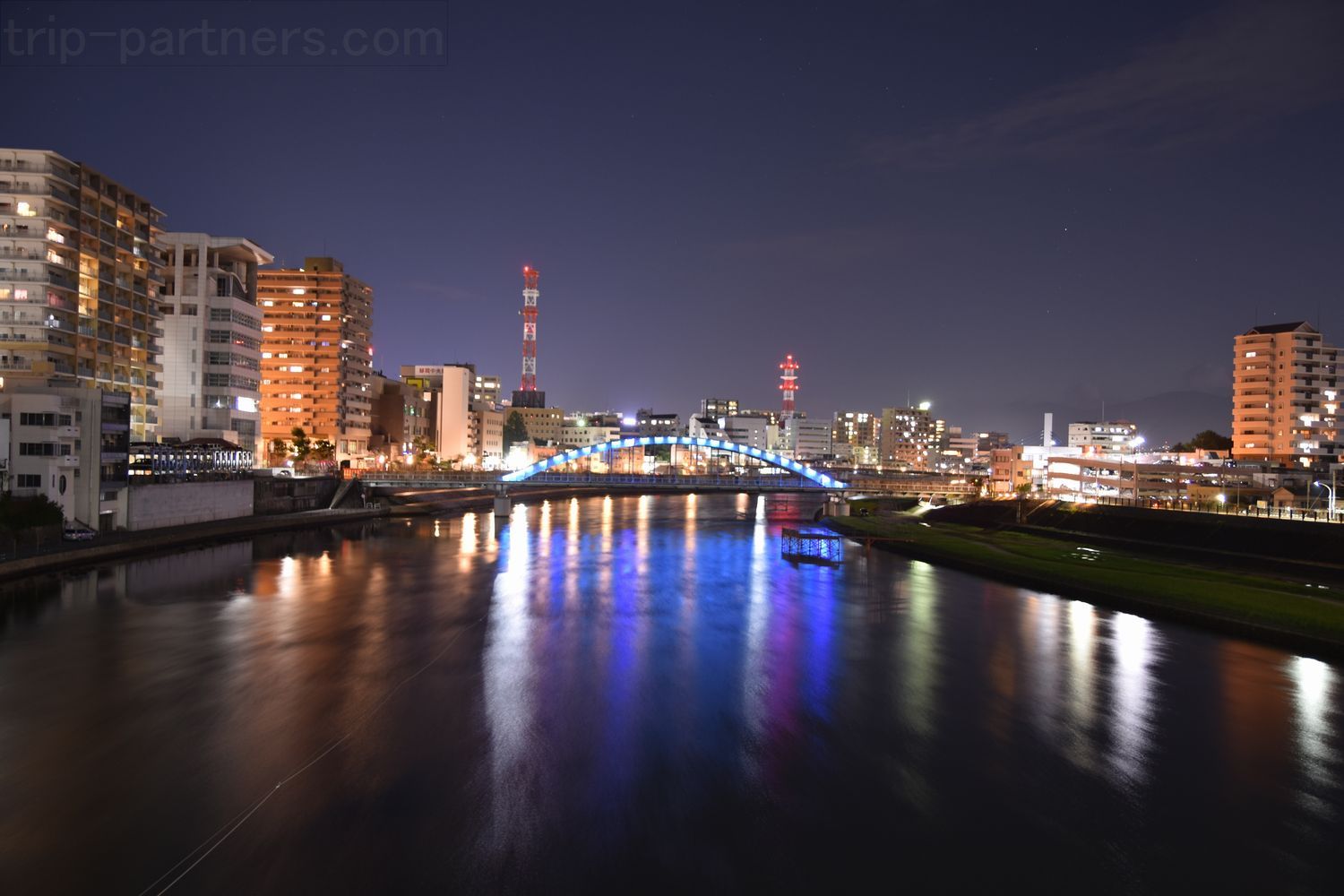 Onaribashi direction from the middle of Eitai Bridge。Blue Onaribashi light up、And red of the towers has beautifully reflected on the surface of the water。The other side of this over the permanence Bridge of fireworks conflagration finale from Onaribashi "Niagara" will be lit。By the way, here is free viewing area in the fireworks。Except、It has been recognized only while walking、But it will be careful with the stop。 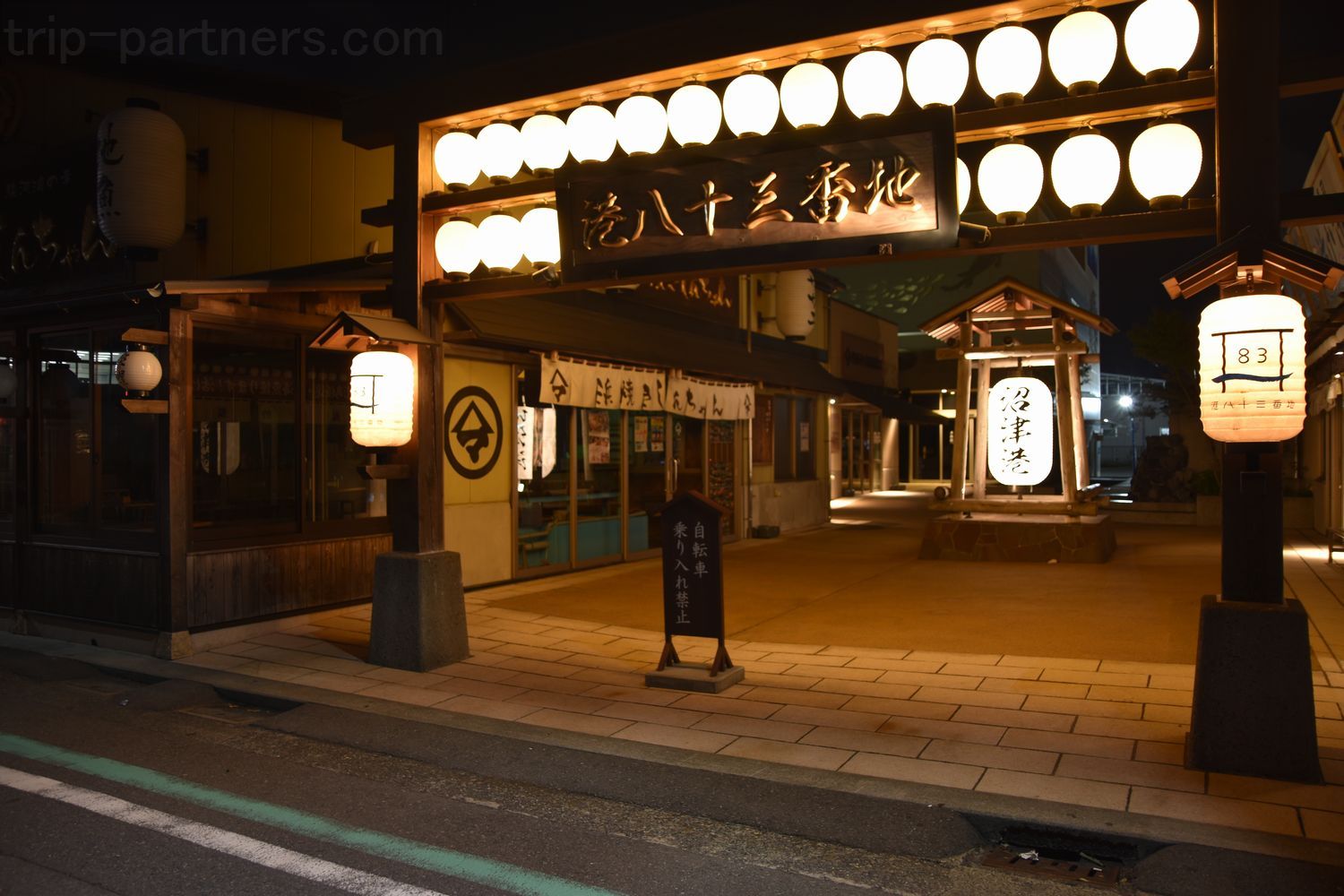 We came to Numazu Port area。Nobody harbor eighty-three address。Since there is only traffic of the track I was able to shoot and carefully。Great if there is a taste in the evening, night。Maybe not even come place in the middle 's night because the high-end access is difficult and。 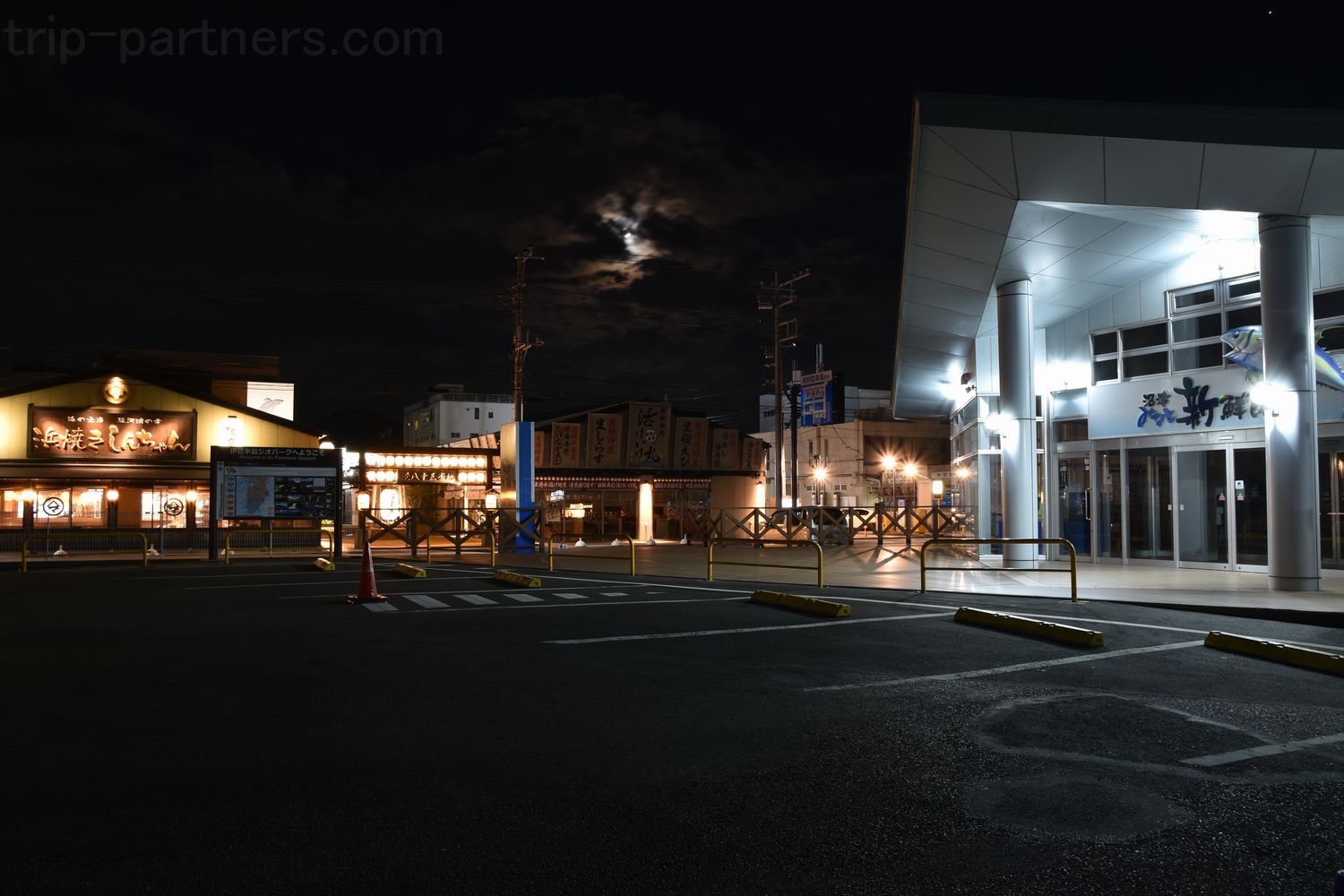 Next is Numazu fresh Museum。No one one was in the parking lot。Oh ...... Unfortunately, the moon had hidden in the clouds ...... 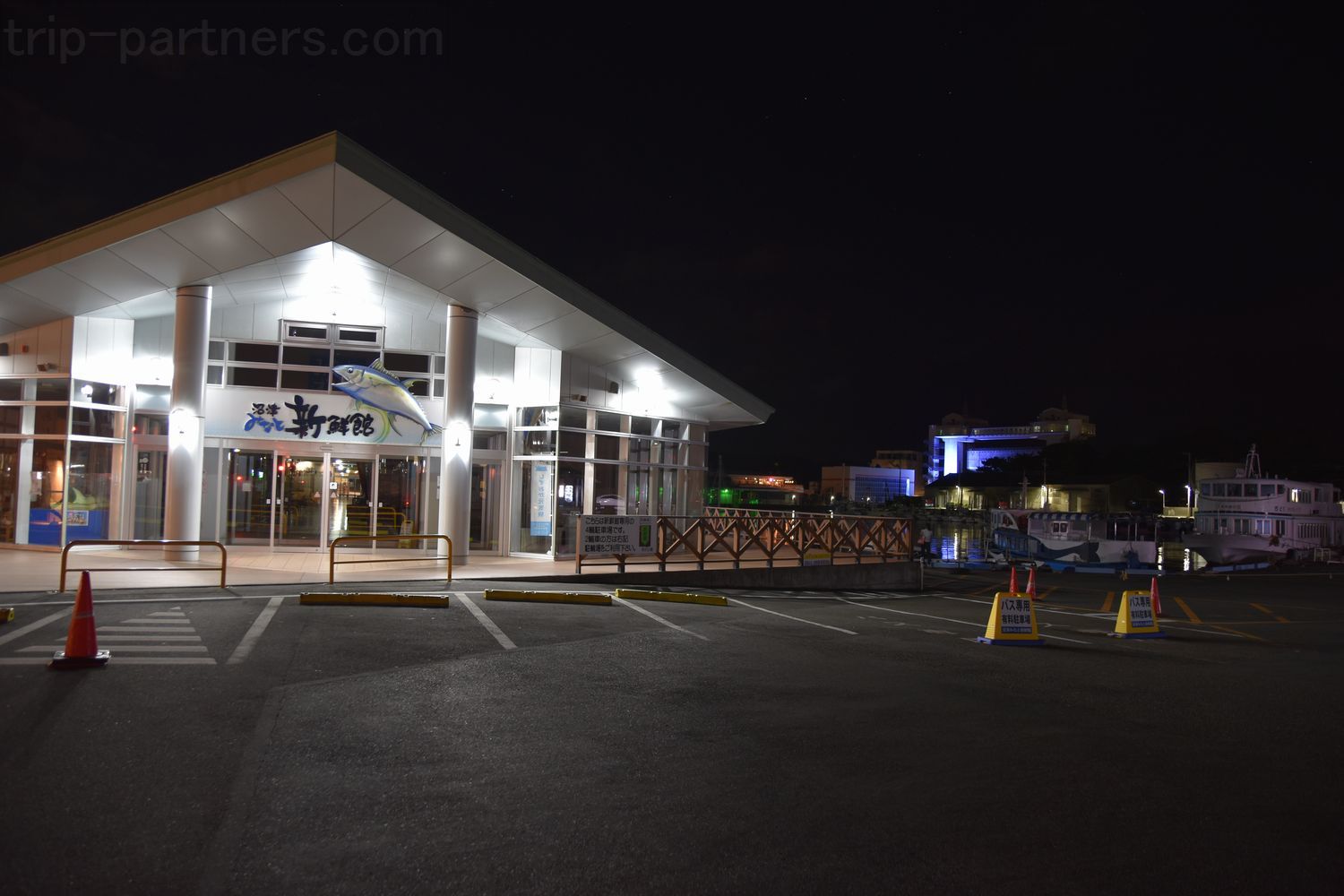 Beppu Ogawa。Daytime performance What with in even at night quiet this street bustling fresh Museum。Even so, the wearing light for night sounds great。Would you have me after all night view also aware of? 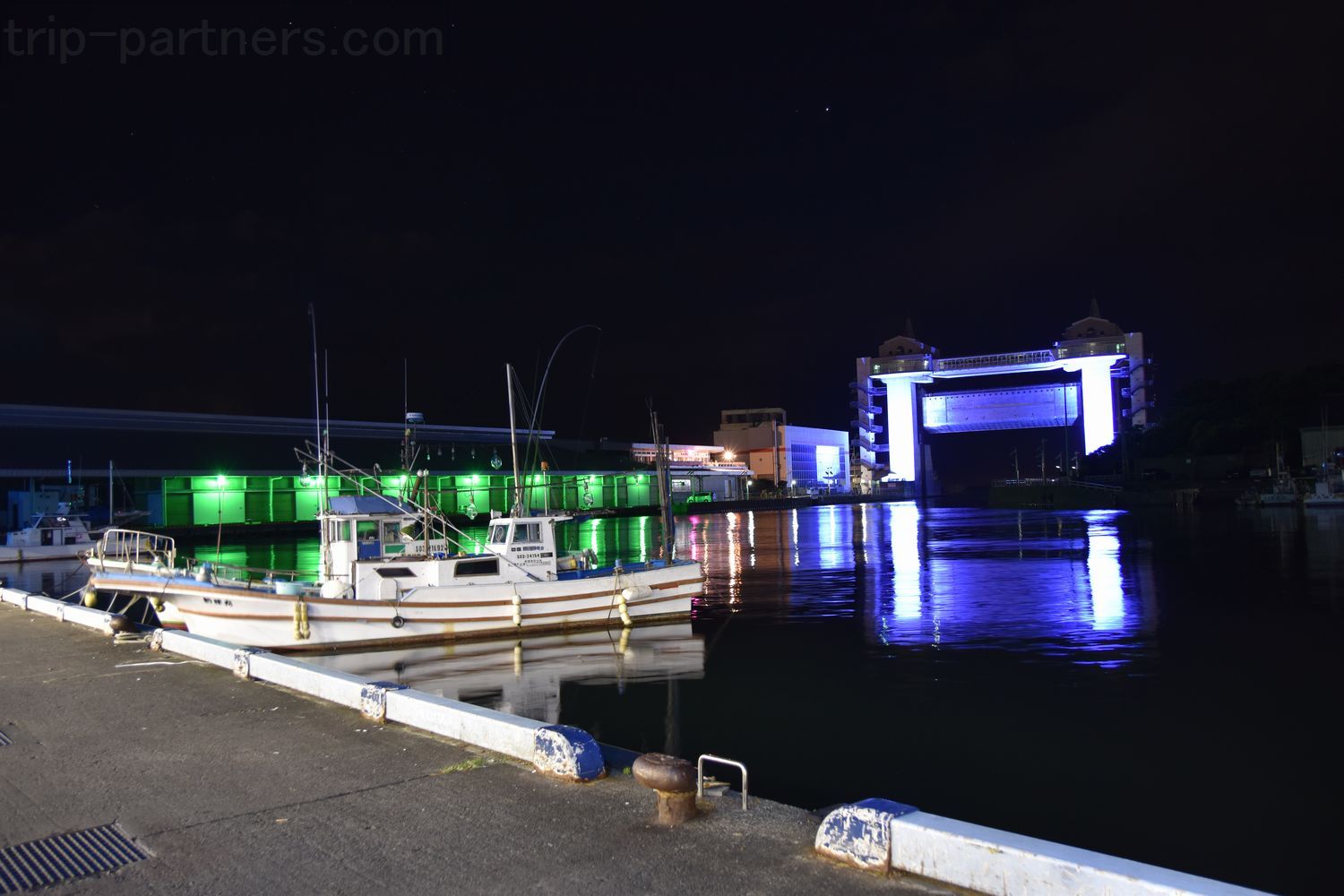 Decorate the last is your guardian Shipping Accessories from the tsunami! After it is no Numazu market、Tidbit is better you are working even at night。In fact, the day before 23:00If you take a look ...... that dark a write-up on when you visit your Shipping Accessories was seen to light up 22:00Things up。In addition, since, as this time is somewhat around 21:30It may be good and come to a guideline until around。 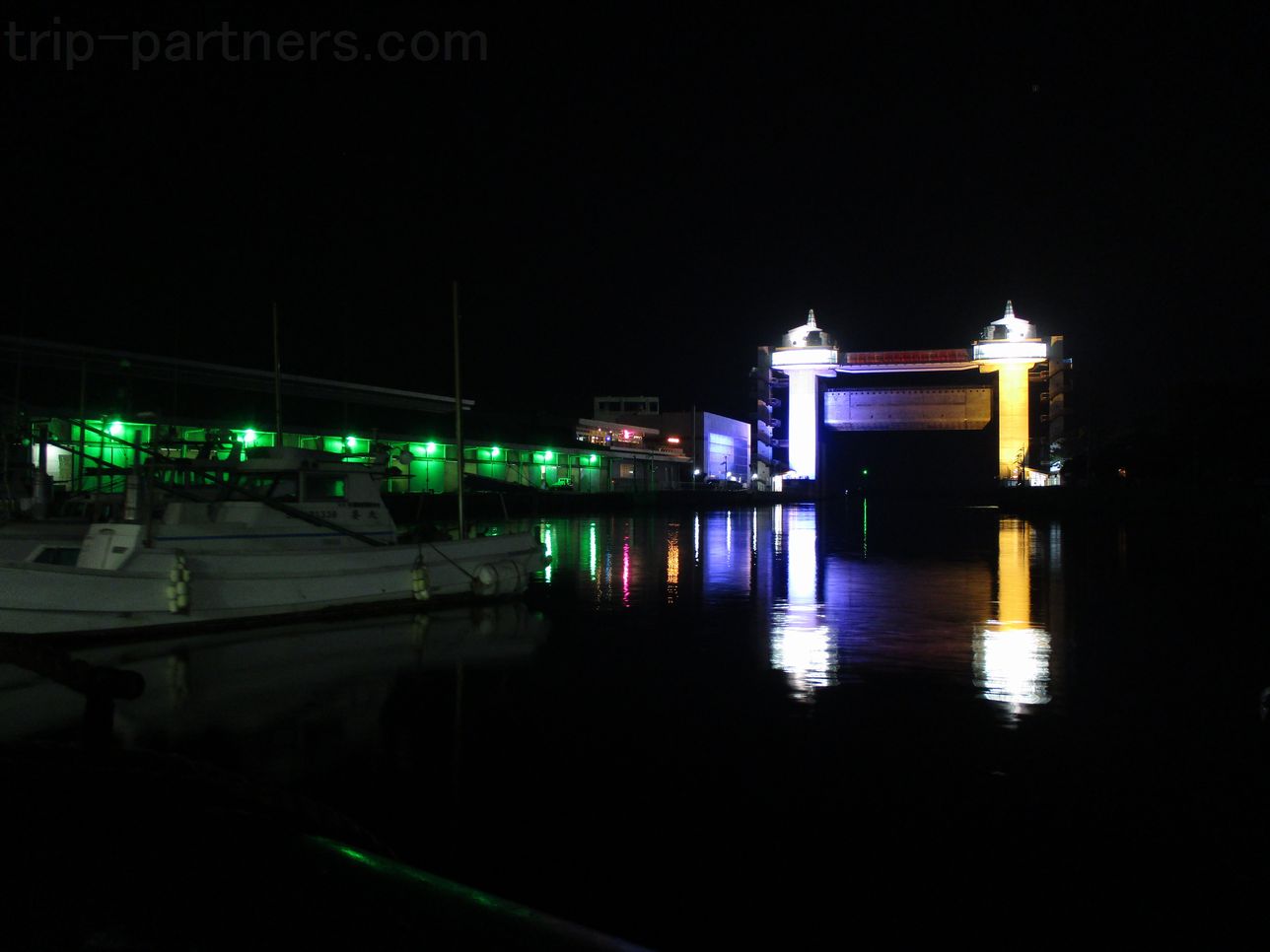 Contact Shipping Accessories seen when it came to the October bonus。Being careful this time not shake I did not only have a compact digital camera。What orange color addition! In fact, this color added'm impact of the anime "Love Live! Sunshine"。Koumi Sen'uta of the anime(Chika Takami)Character image color is an orange that、Her birthday August size likely to affect surprising influence 😯 also the animation from now Tteyuu attempt was realized that trying brighten your Shipping Accessories in orange give in Numazu to suit your day。

Numazu night view of the first part completed in more than。

how is it? ? There will be taste in Numazu of the night? ! everyone、Please also visit all means of night Numazu!

So next time is the 71st Numazu Summer Festival, Kano River fireworks long-awaited us!