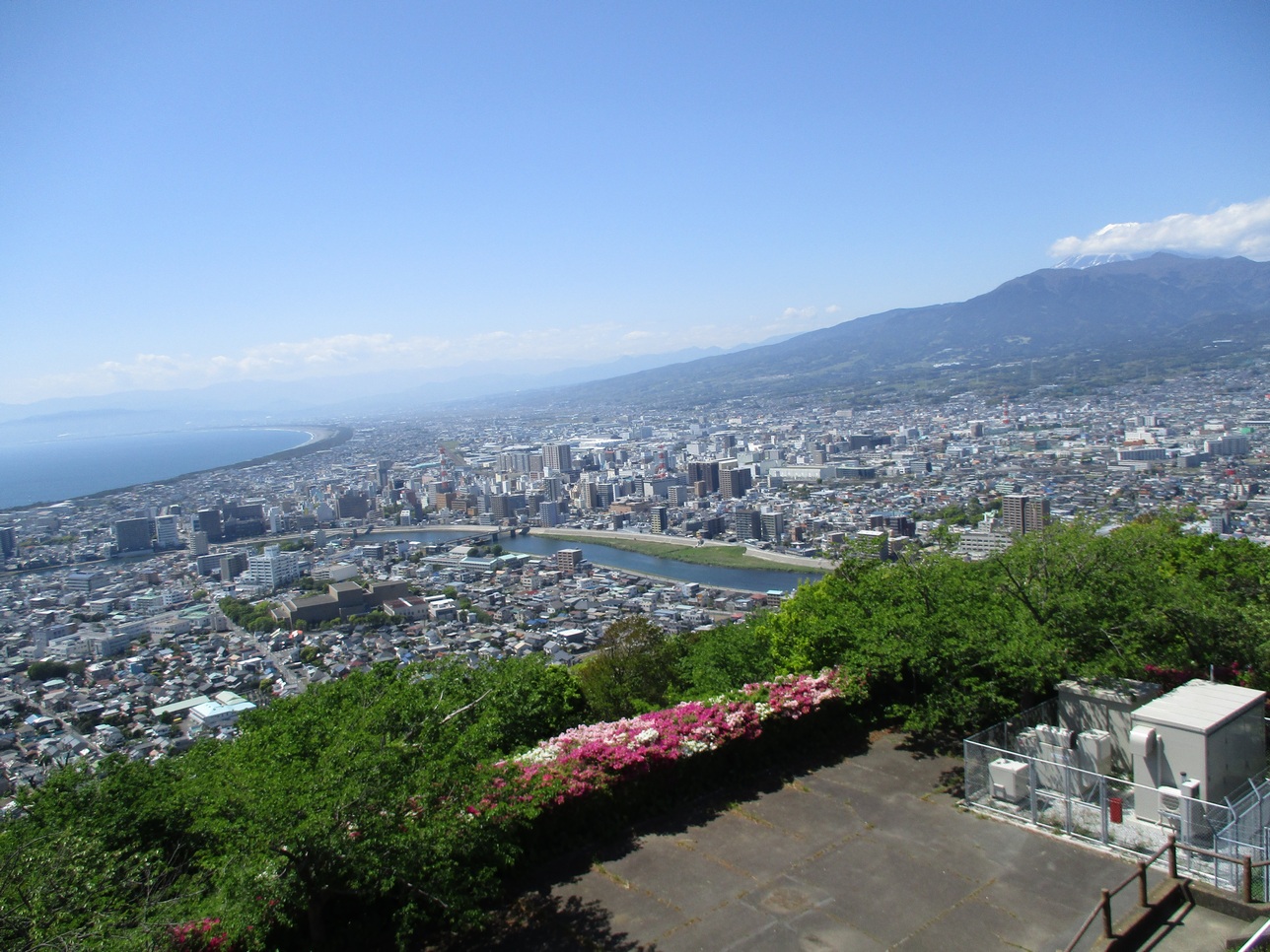 We aim to observatory from summit。Down once、In addition it will climb。The summit after while watching a bee in courses followed in front of the people (a family of parents and children encountered the end of the previous article)。I since the probability also reduce the bite The more number of people! ! 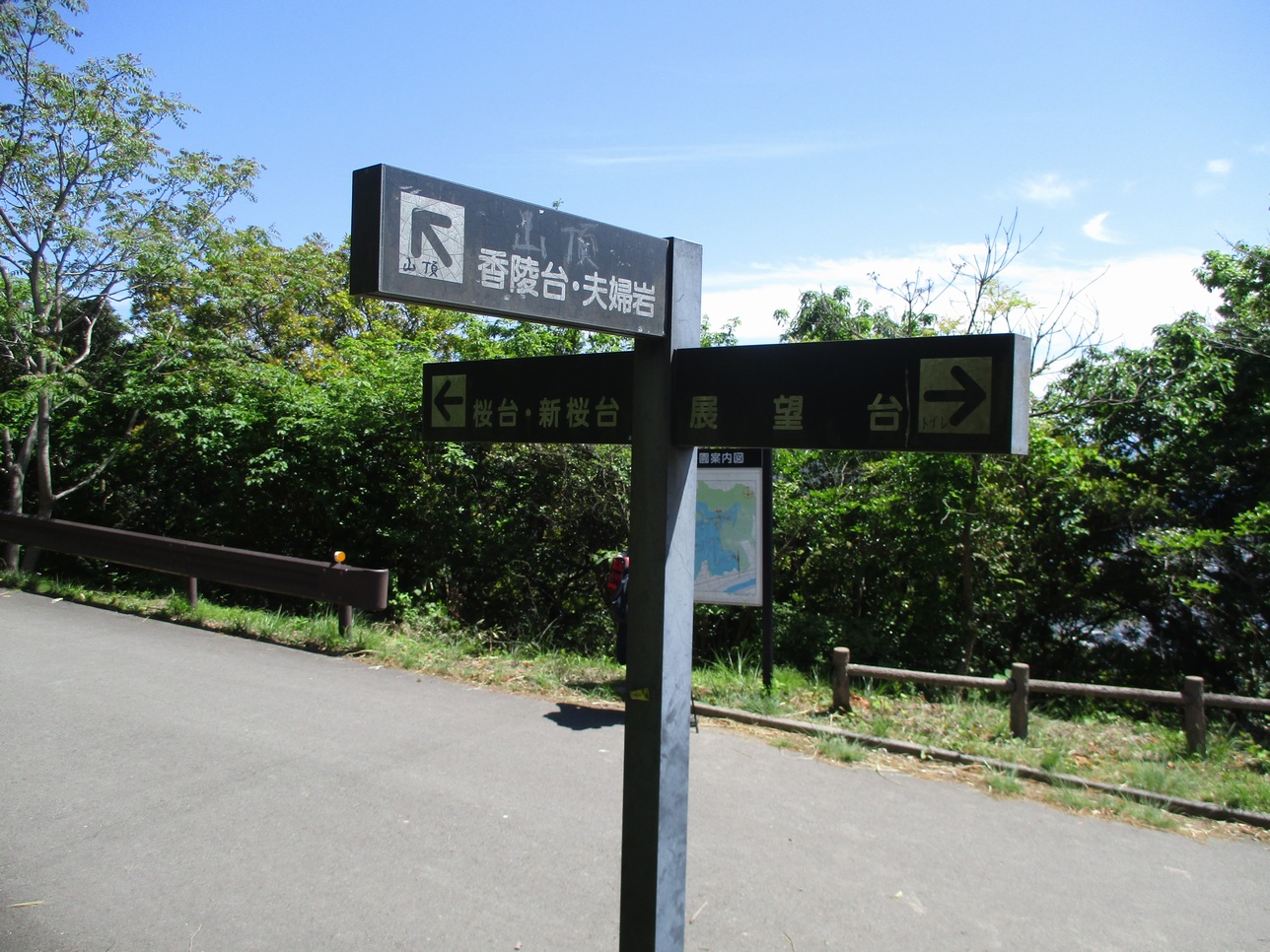 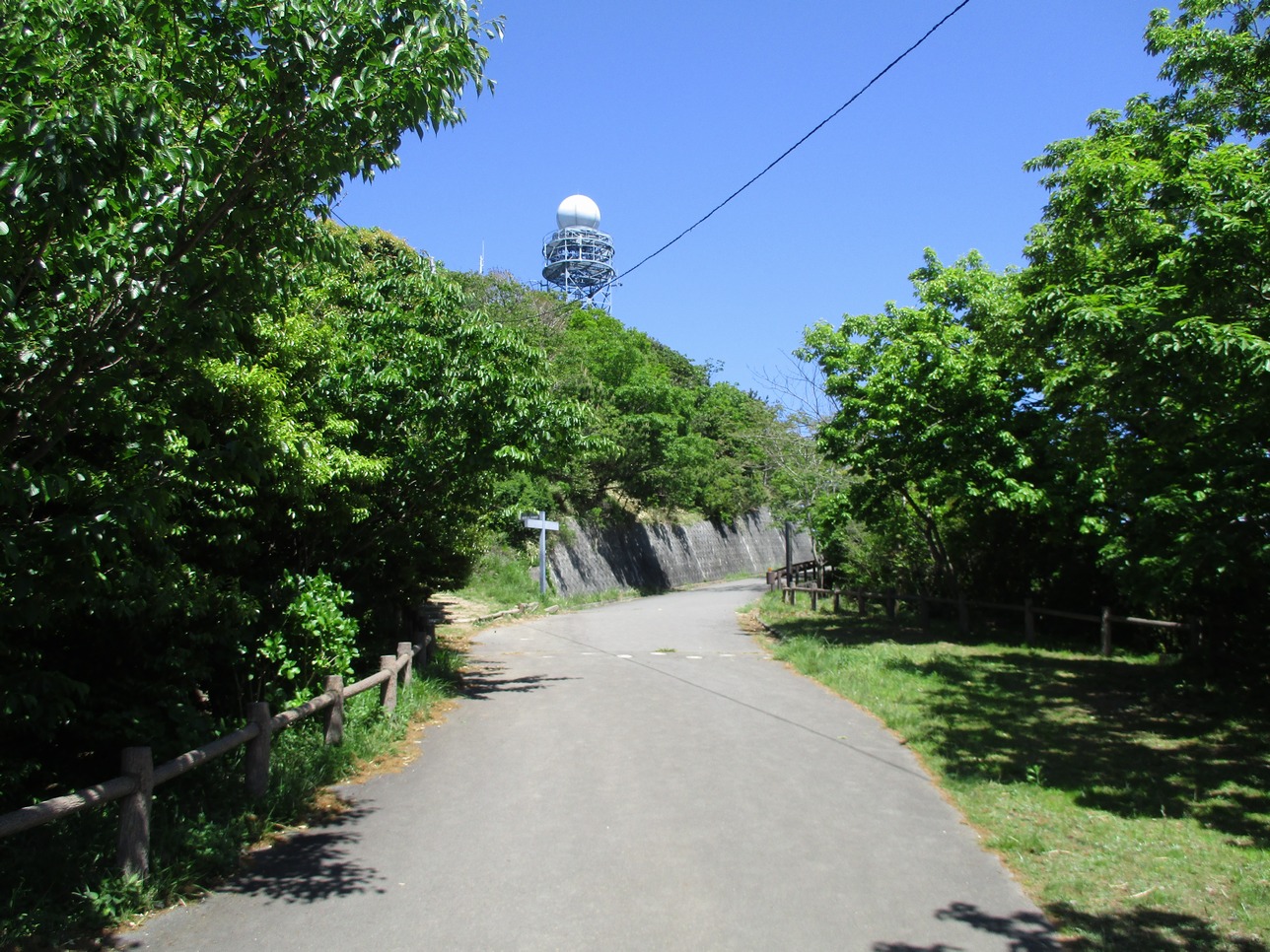 Summit looks turned around behind。I wonder if much was down a little? 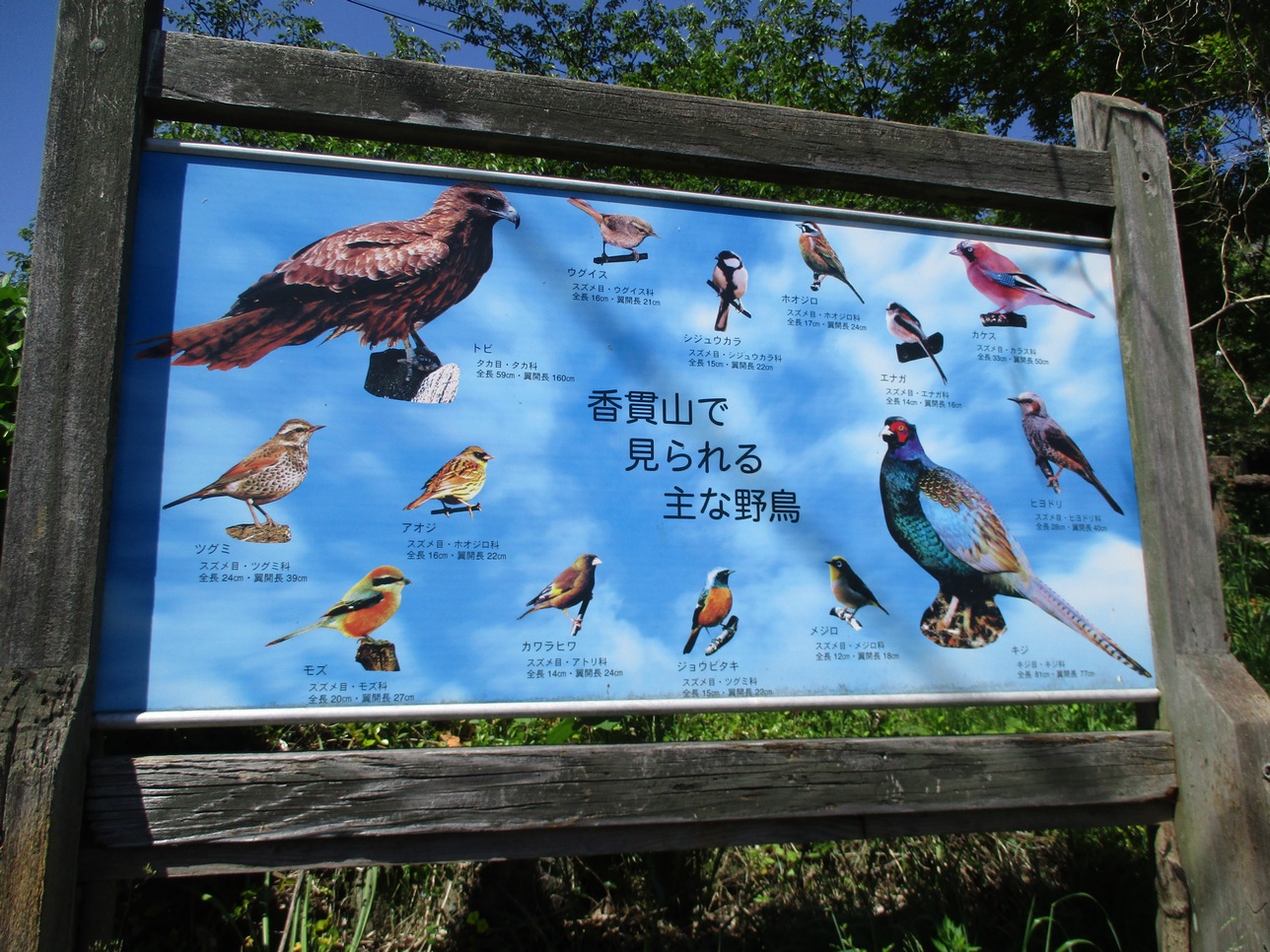 Such signboard approaches the observatory is。The main wild birds found in Kanukiyama。I'm living Nante pheasant(^-^;I did not know because I had never ever seen。In reference to this it is better to Bird Watching。 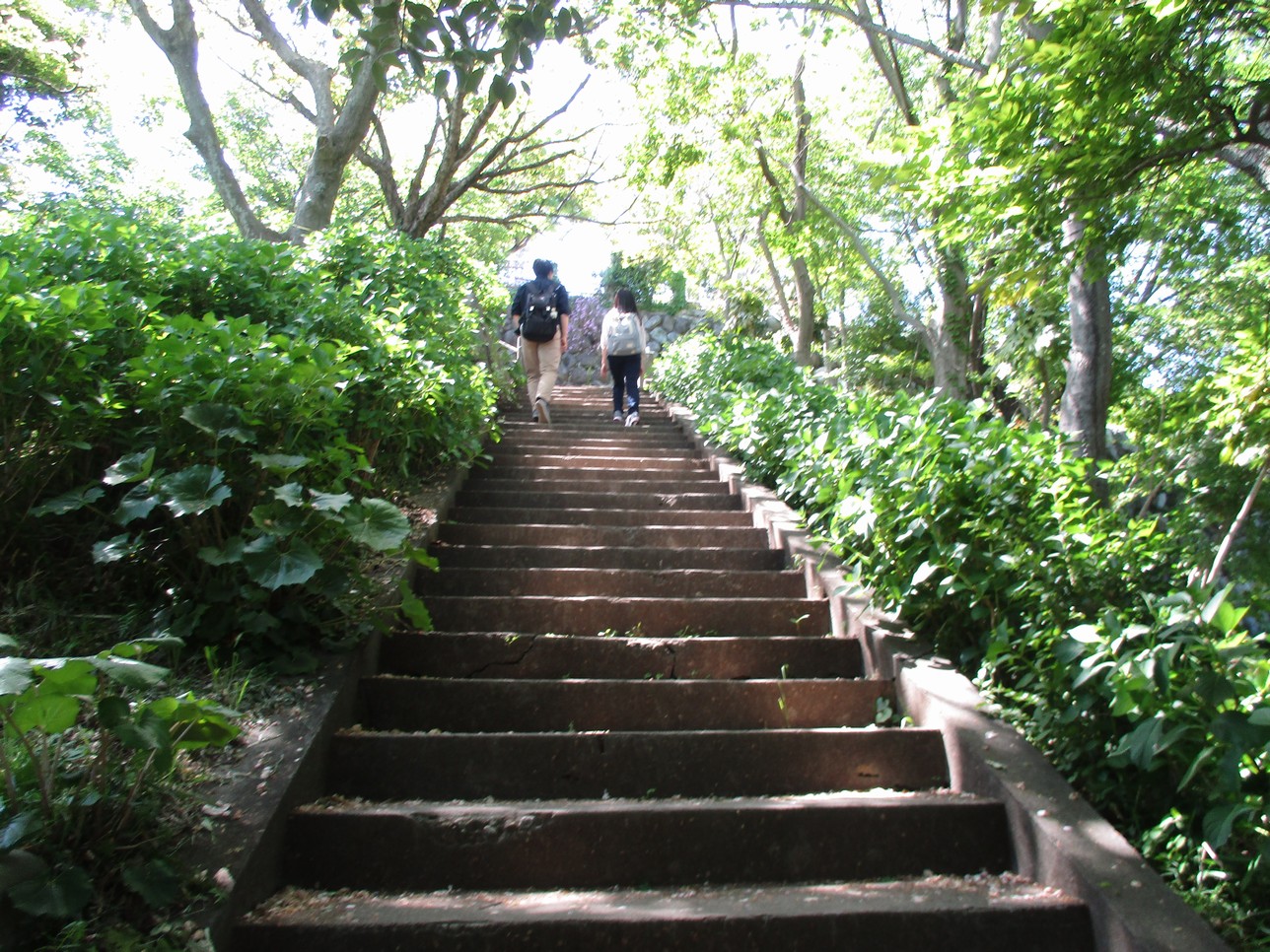 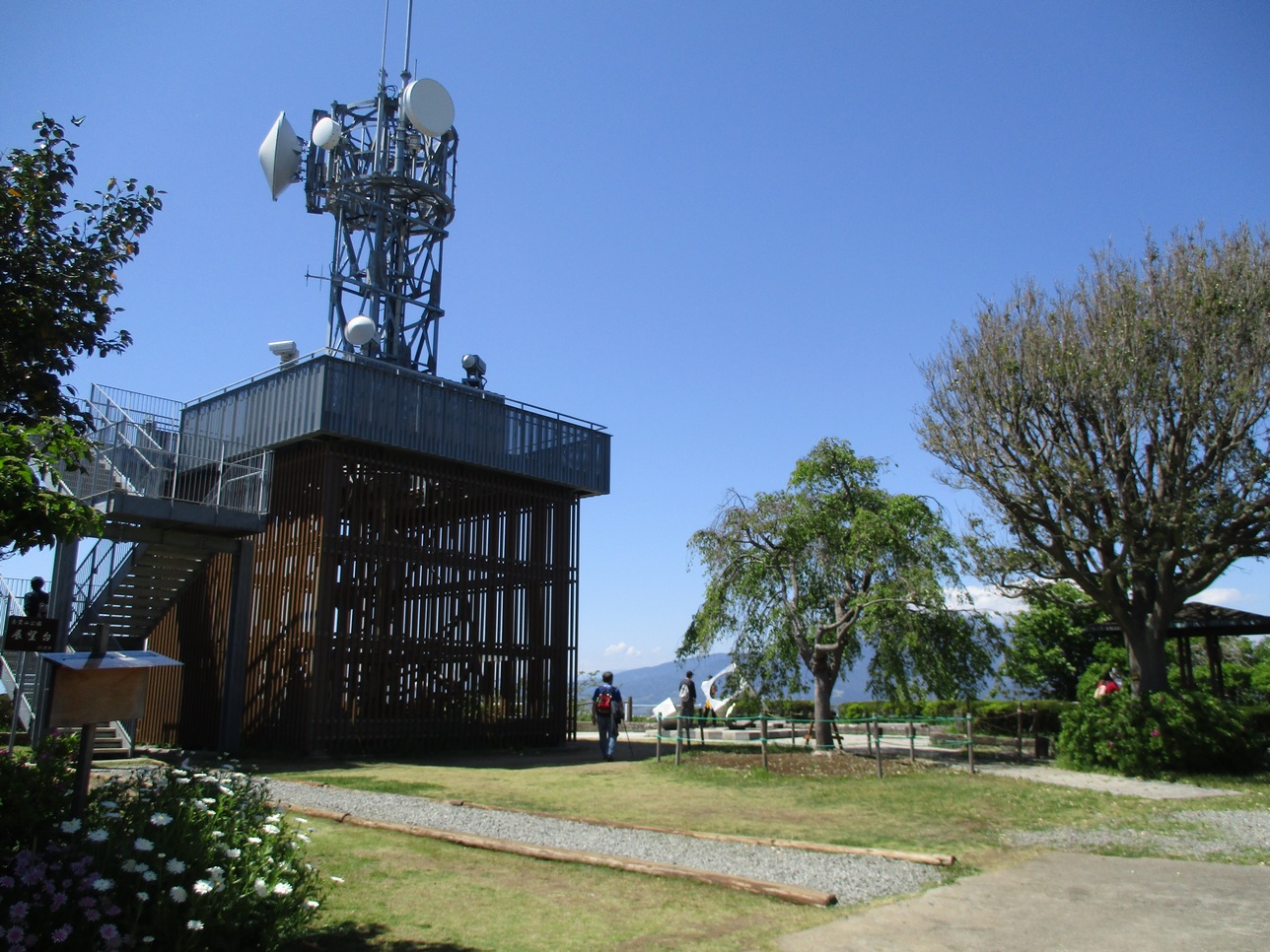 Arrive at the Lookout! Here seems attached also named Kanukiyama park。It keeps that has been fairly To good condition but I did not so fine the old days。Here to please those who have been put up since the toilet is installed。 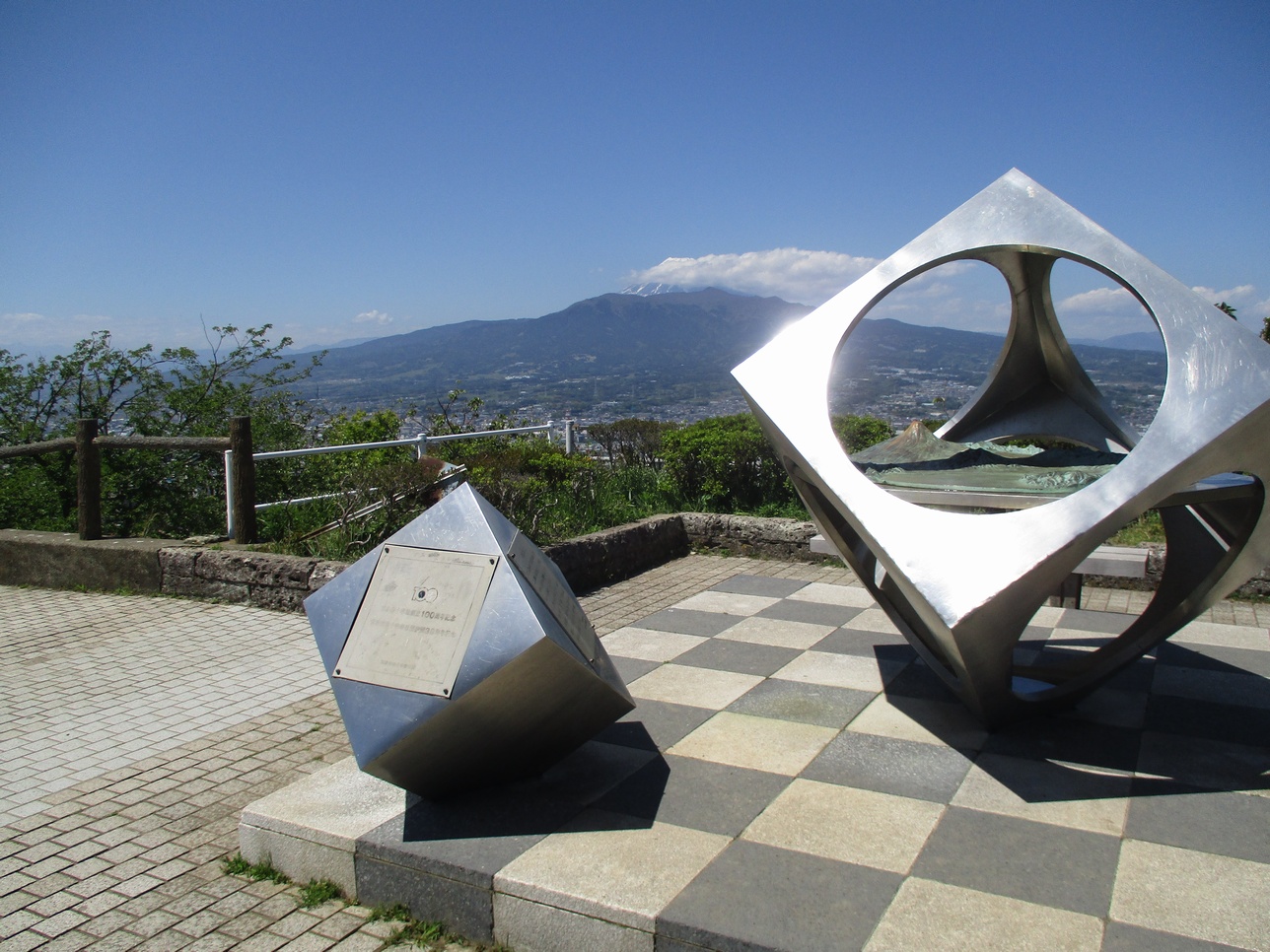 First the vicinity search。I found for this object。Now in、This is I wonder what? ……In front of、Let's look down because I wanted to see the scenery。 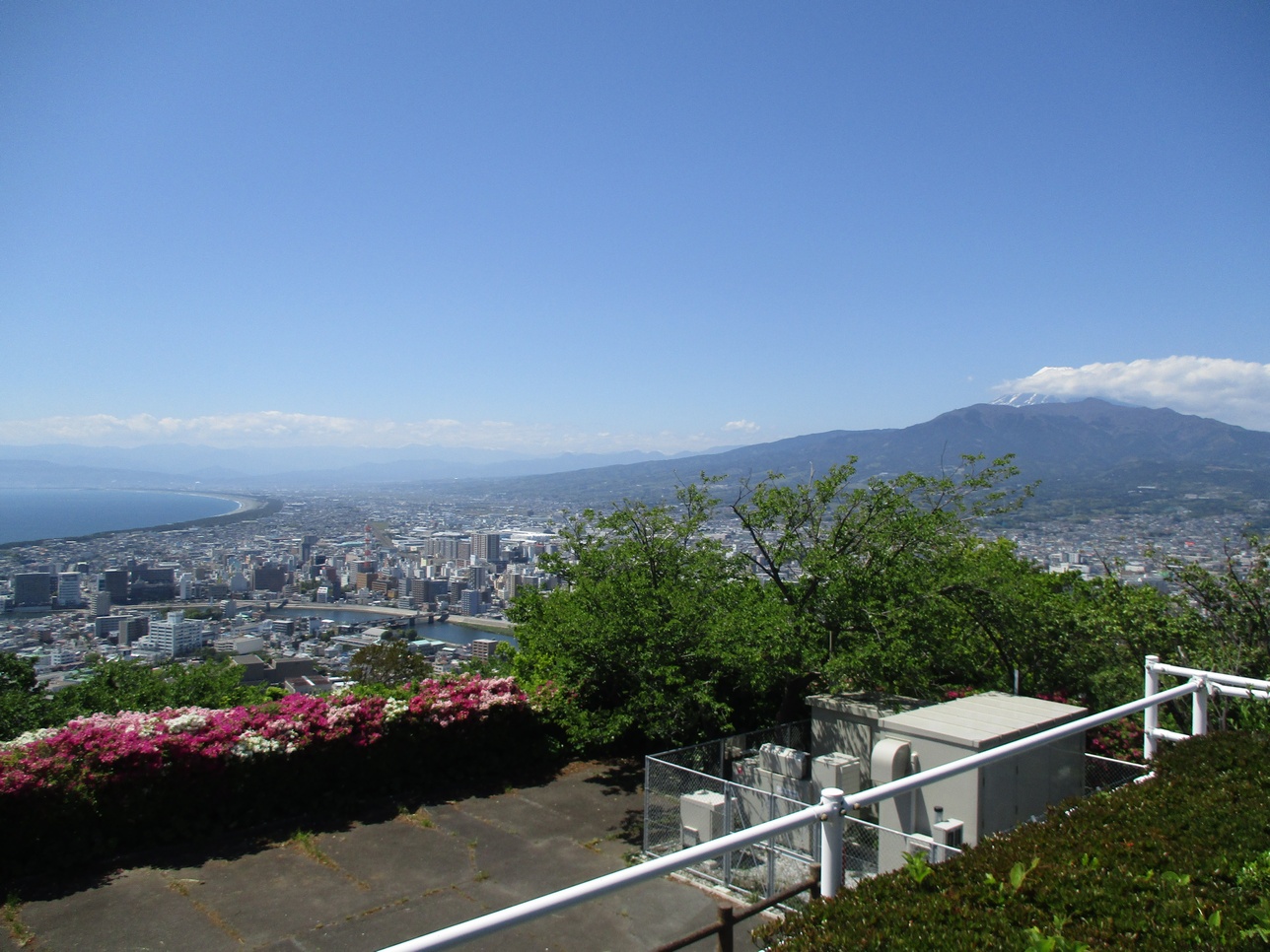 The Numazu! The weather is to say、Suruga Bay overlooking! 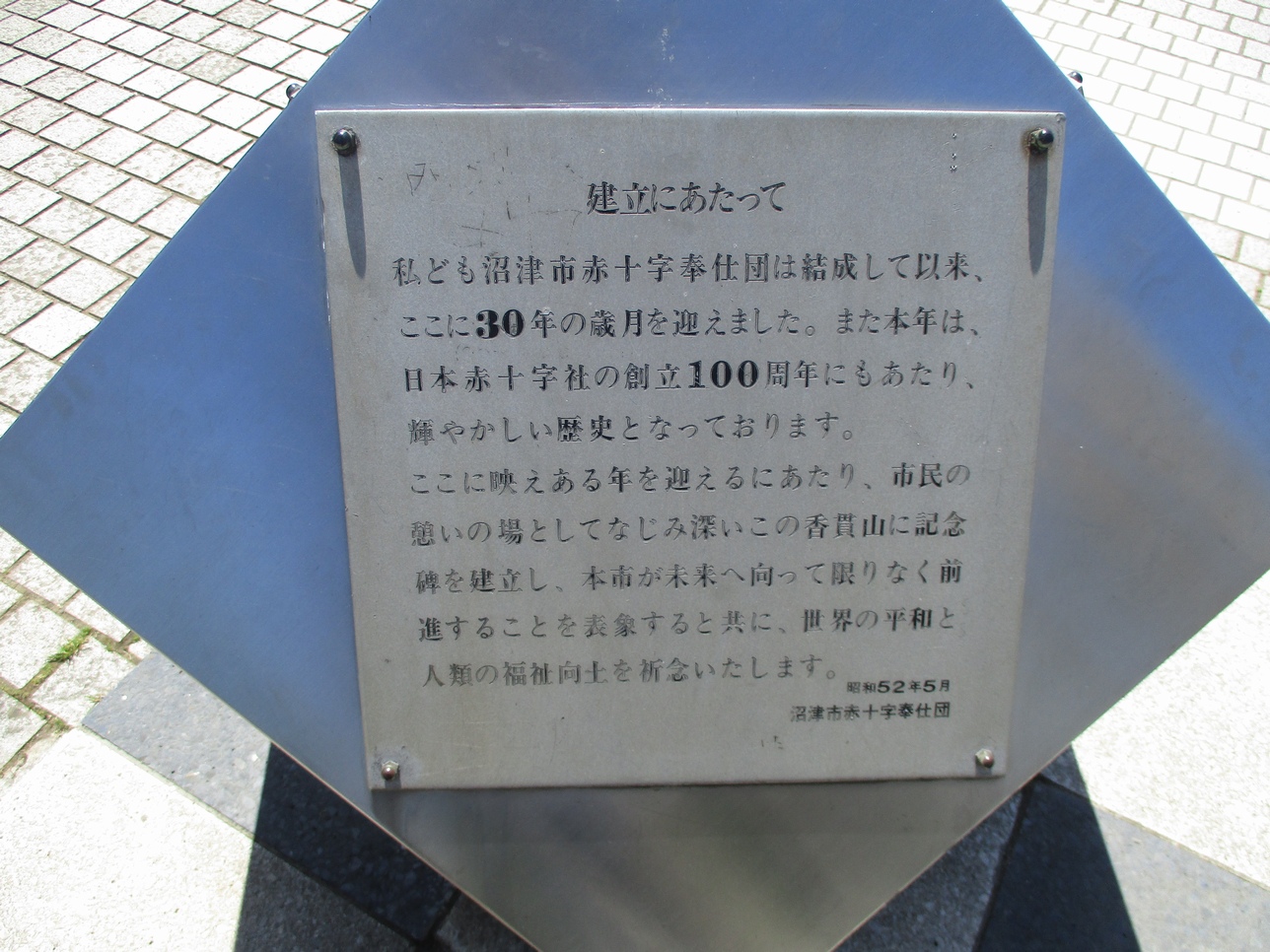 Well do you want to return to the earlier of silver objects。It seems that Red Cross service team of Numazu is made to pray for peace。You mean 1977 is I wonder if such that I had built from that time? ? To met you but I wonder ...... maybe even when climbing the old days。 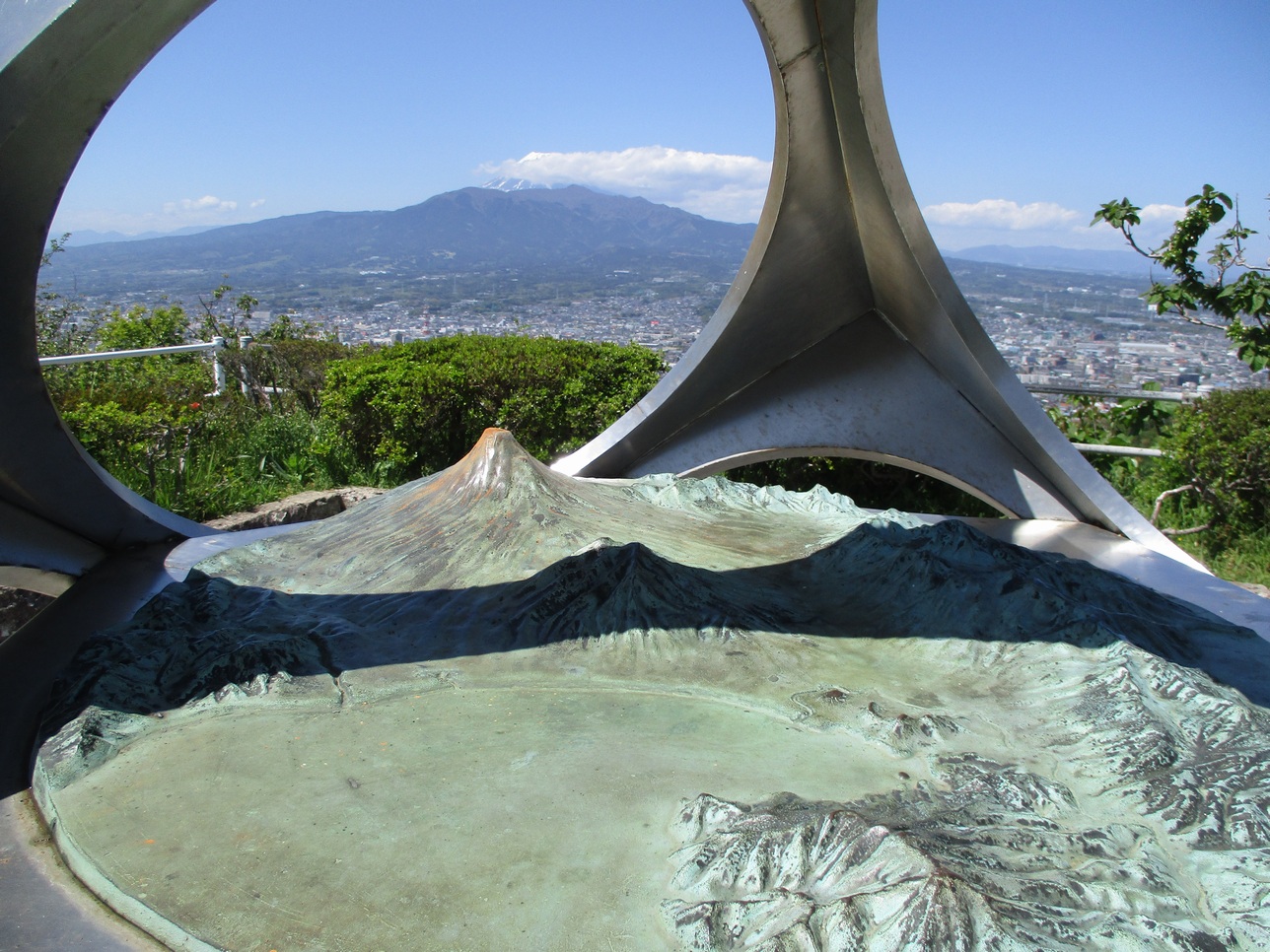 When I look into the medium is the model of Numazu。Peace and integrally with leads of this model? ? 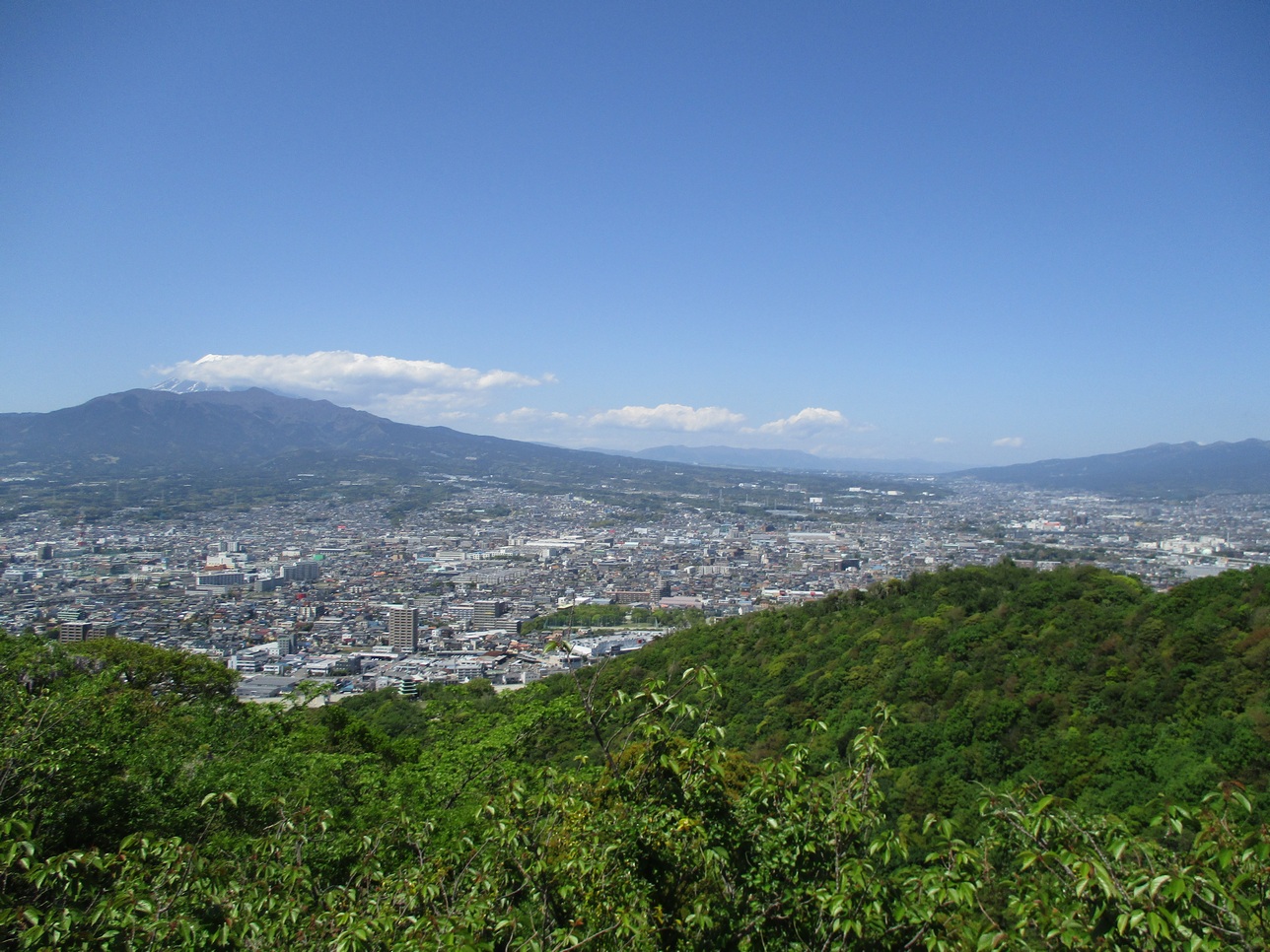 Fuji side as seen from the back side of the peace object。Five-story pagoda at the bottom just a little bit from the center can be seen! What has been so walk。 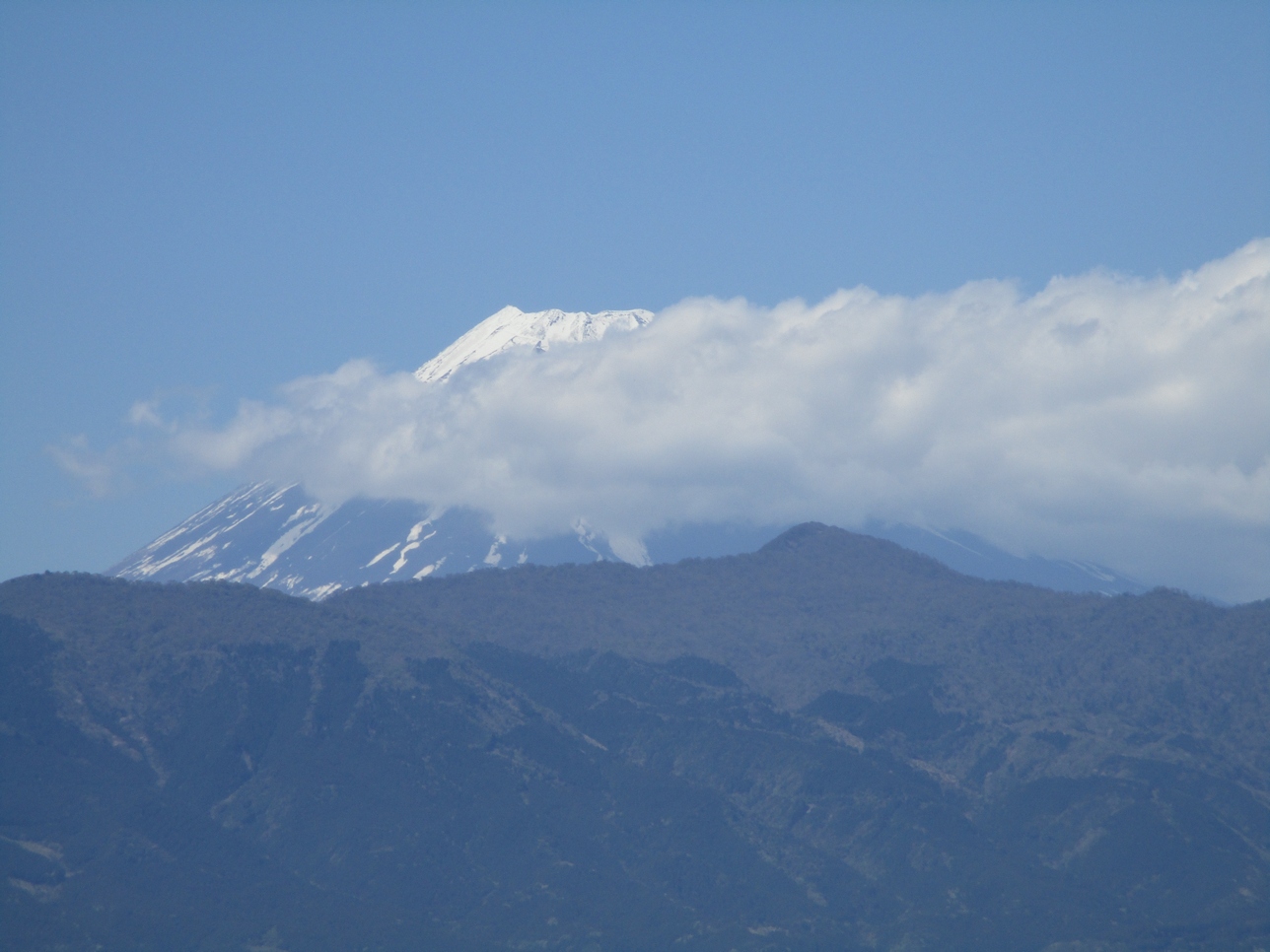 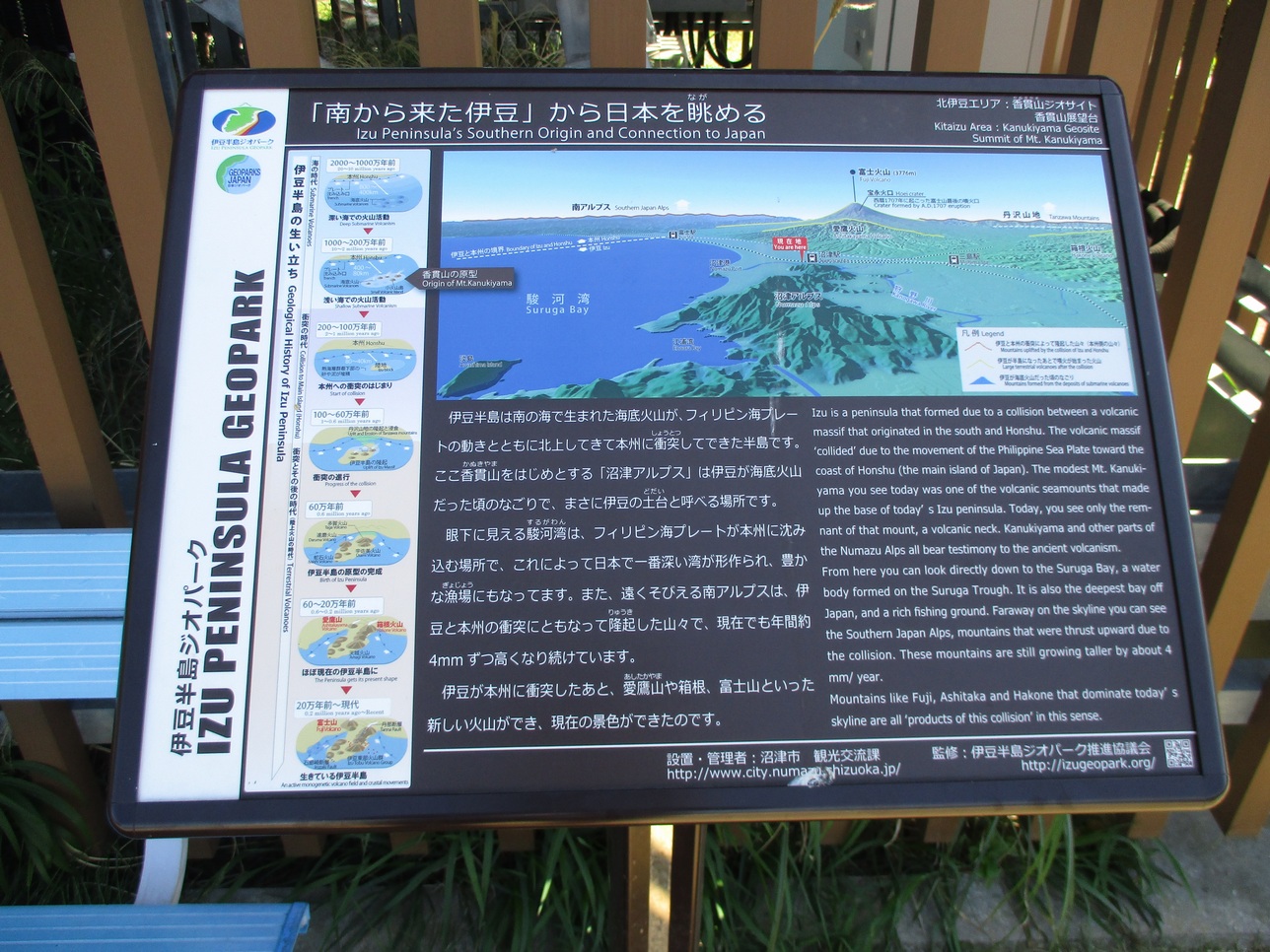 Here it's specified in the Izu Peninsula Geopark。This is also the first time knew。What's this Izu Peninsula Geopark、That of thought to think the entire Izu Peninsula, is that it is one big park。At present, it has been approved for membership in the Japan Geopark Network、We're with the aim of certification to the world Geopark in the future。 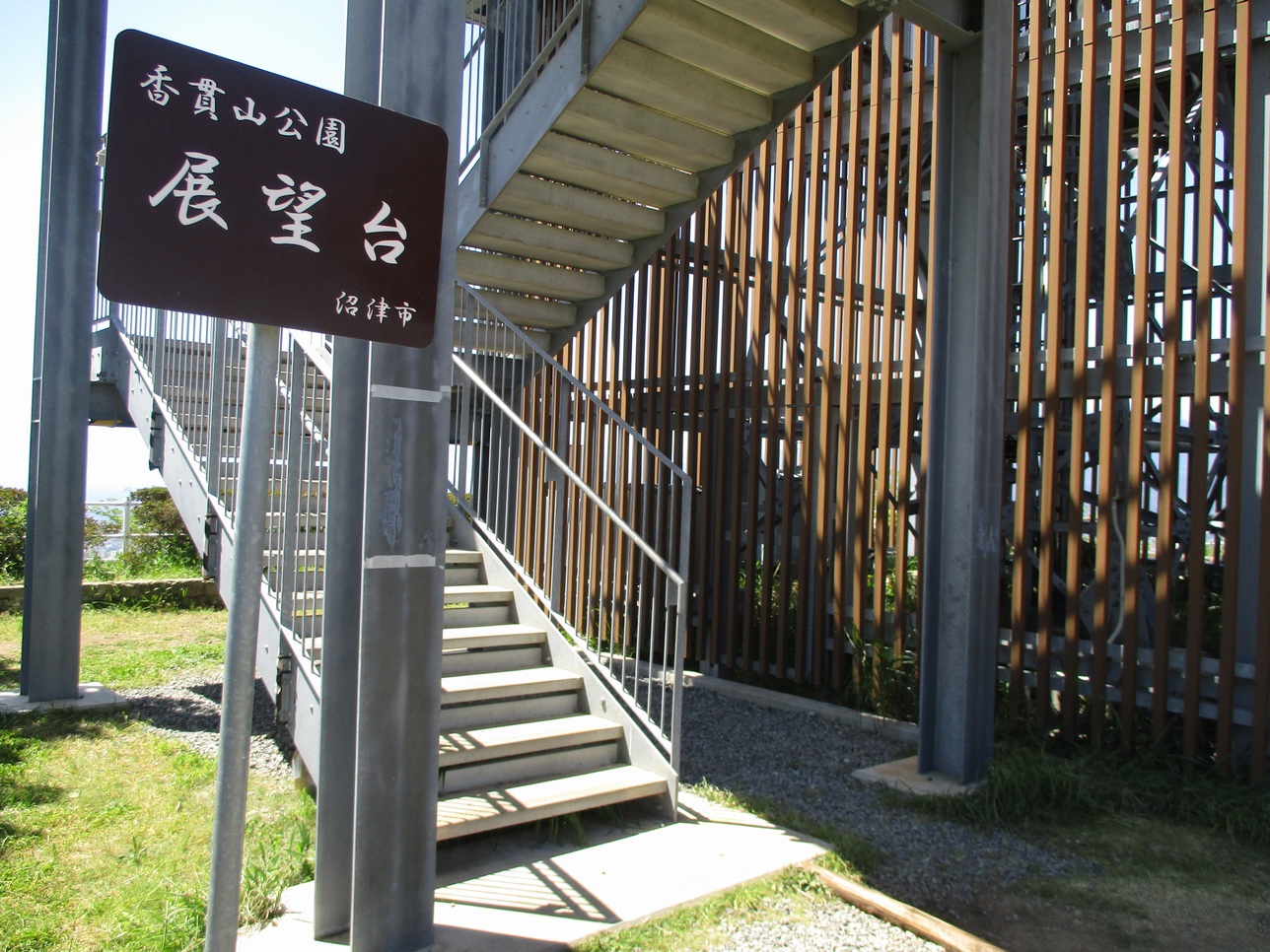 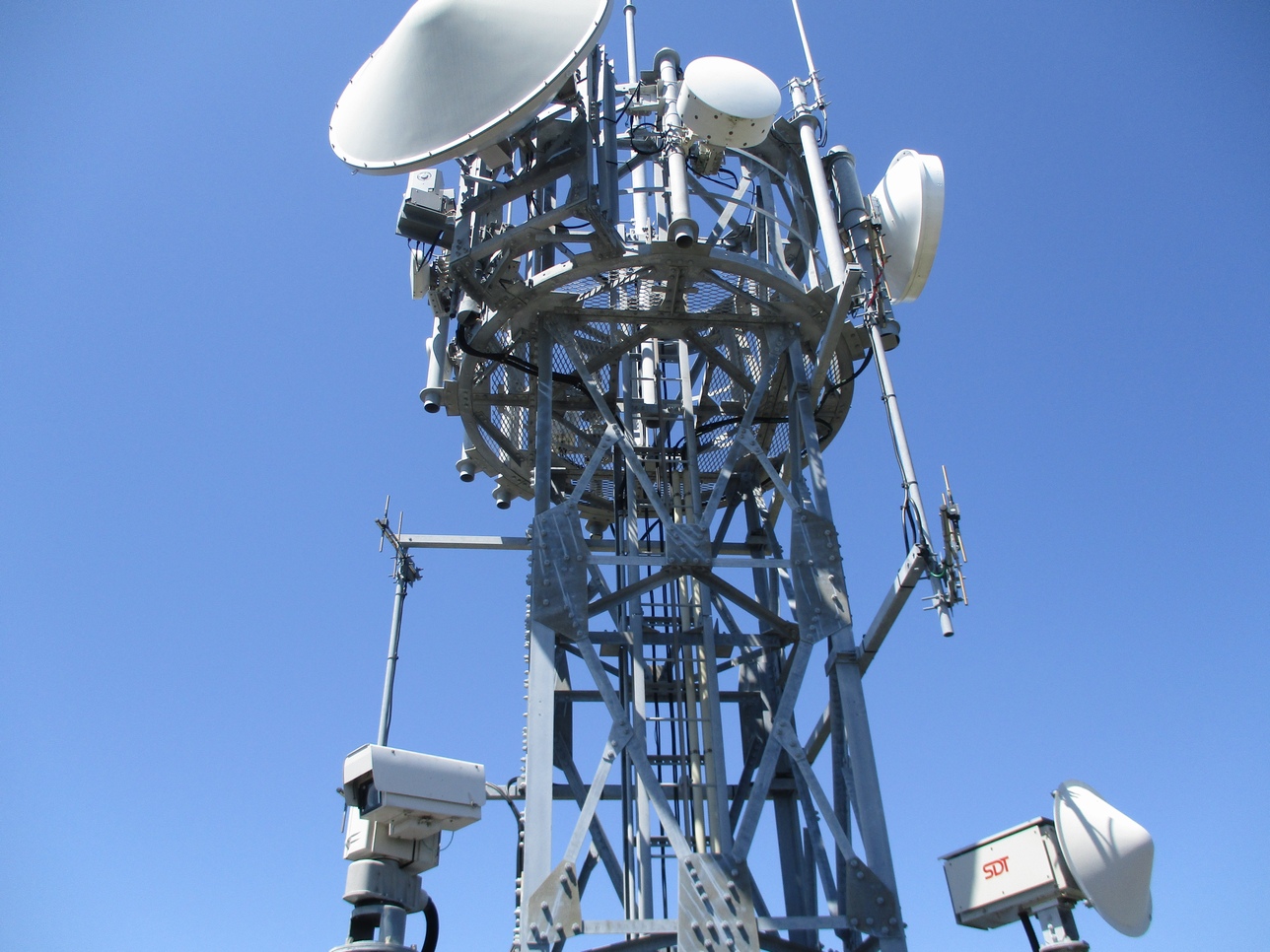 Observatory of this is Kanukiyama。Shibaju If you look at the Toka mapLookout How can be displayed (Shibazumi outlook large) and、That nowhere in Numazu homepage not on that name。What does it mean? Fact that could be active as a radio relay tower that not surprisingly known。 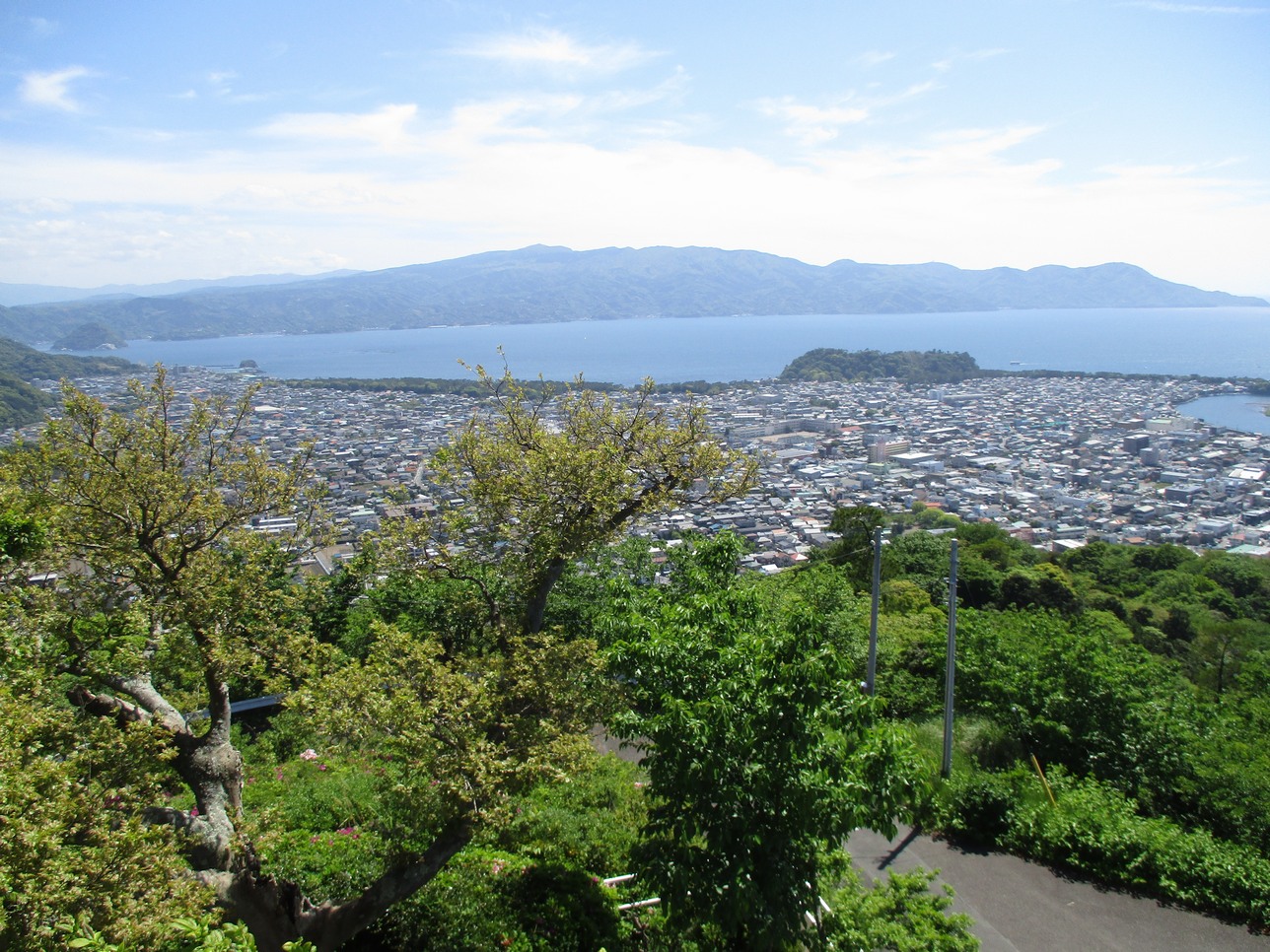 It is from the observatory I seen a large panorama of 360 °! Try to shoot by shifting the angle little by little from here! First Shizuura-Uchiura direction。I There is a sense of relief than when viewed from the summit。 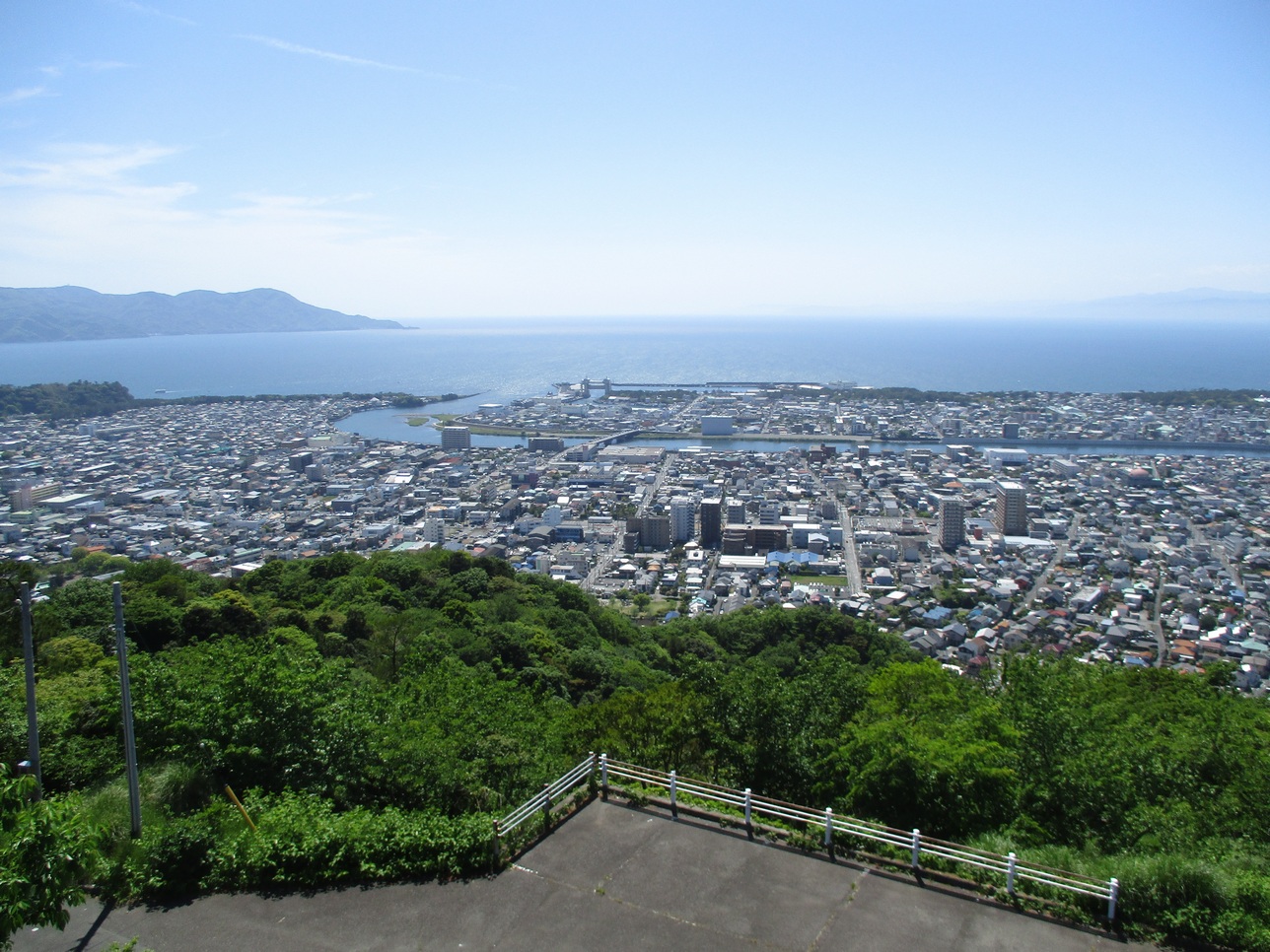 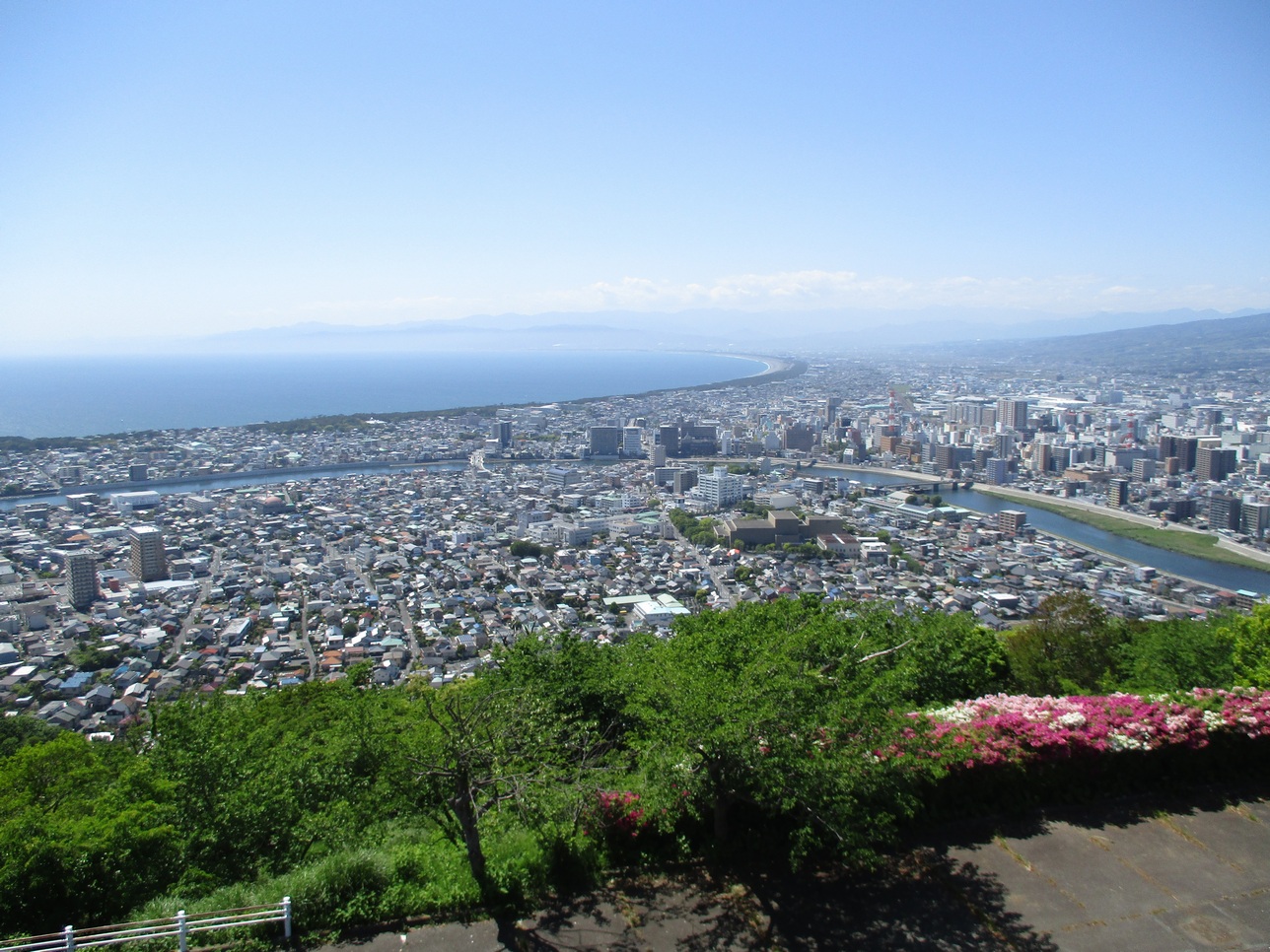 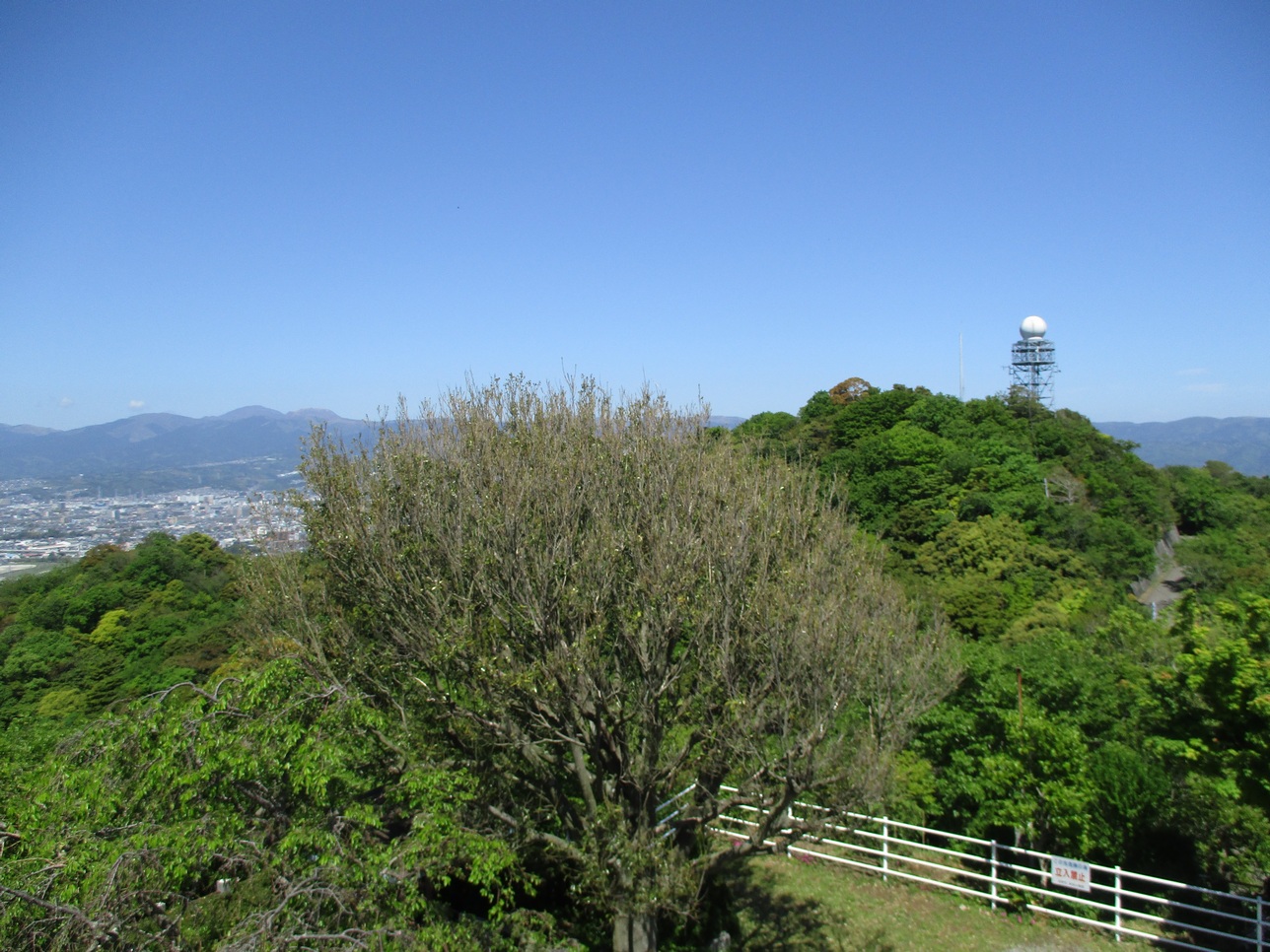 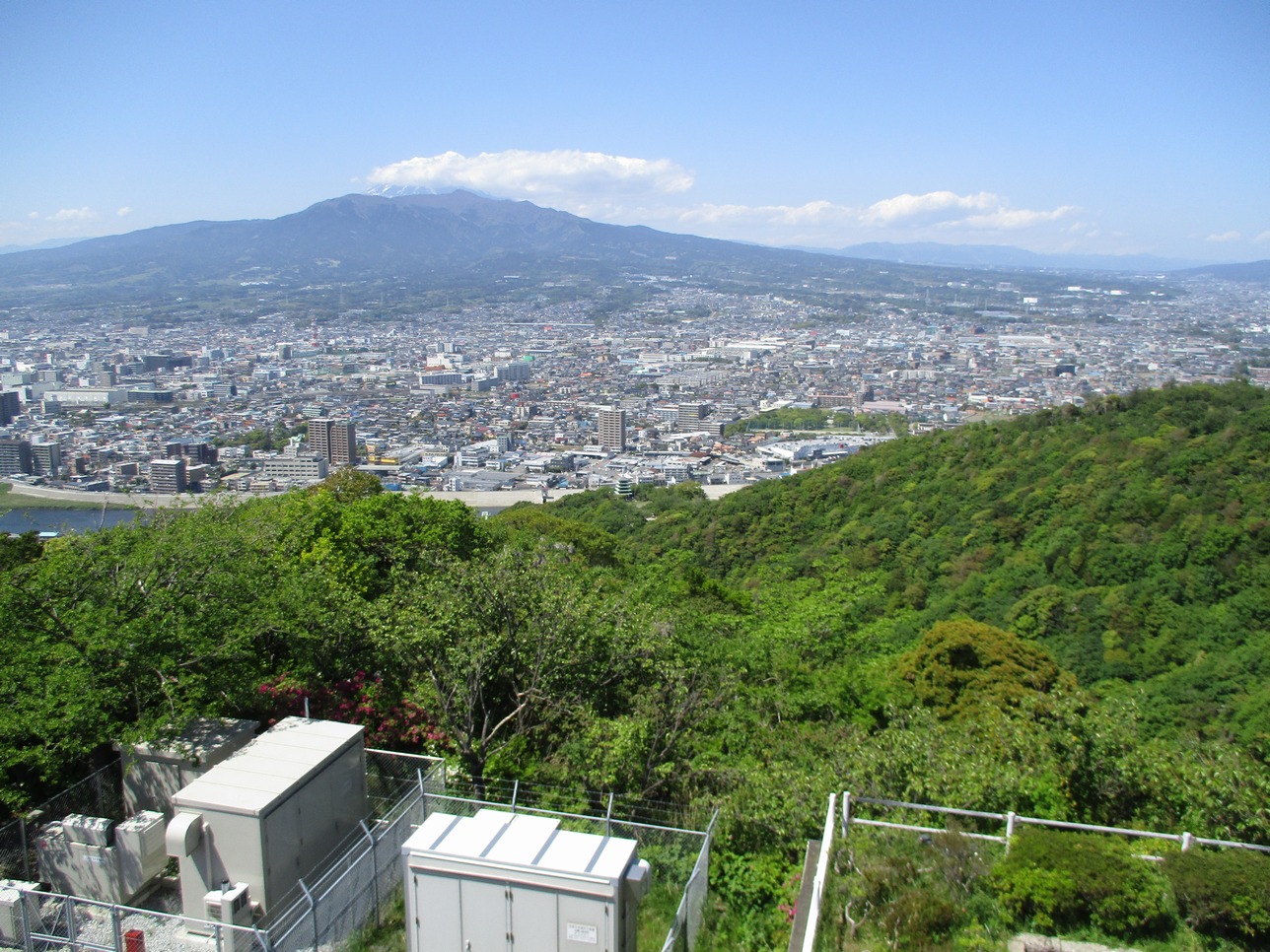 And finally Mount Fuji。I wonder if a little higher than the location where you just shoot? Unfortunately Fuji I waited about an hour did not you put a face。Much like this。I wonder I wonder constantly being made clouds probably in the west side of Mount Fuji (the left side in terms of the photos)。You next time also Koyo at that!

Please to go to visit the Kanukiyama is when it all means visit to Numazu!