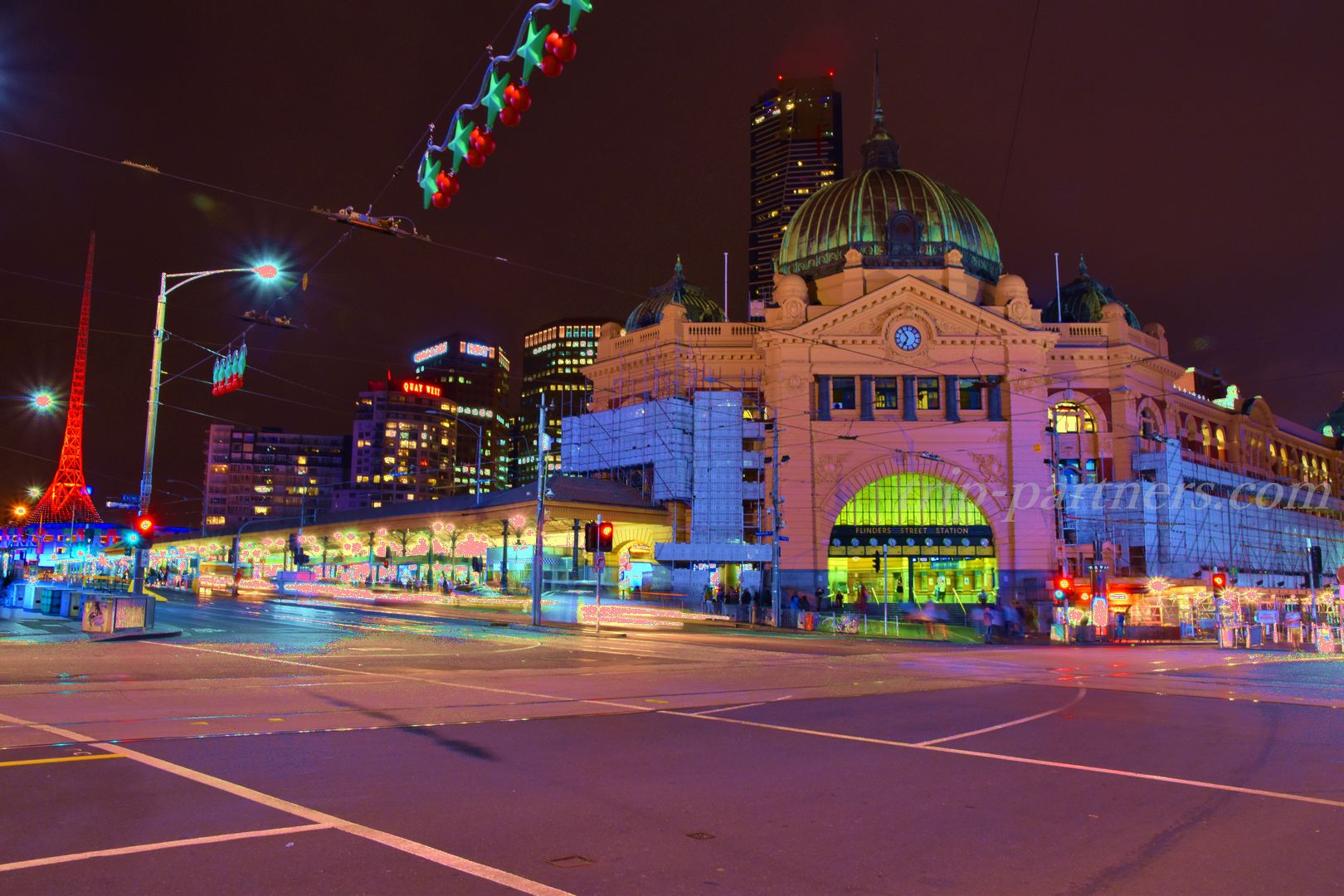 Flinders Street Station in the daytime 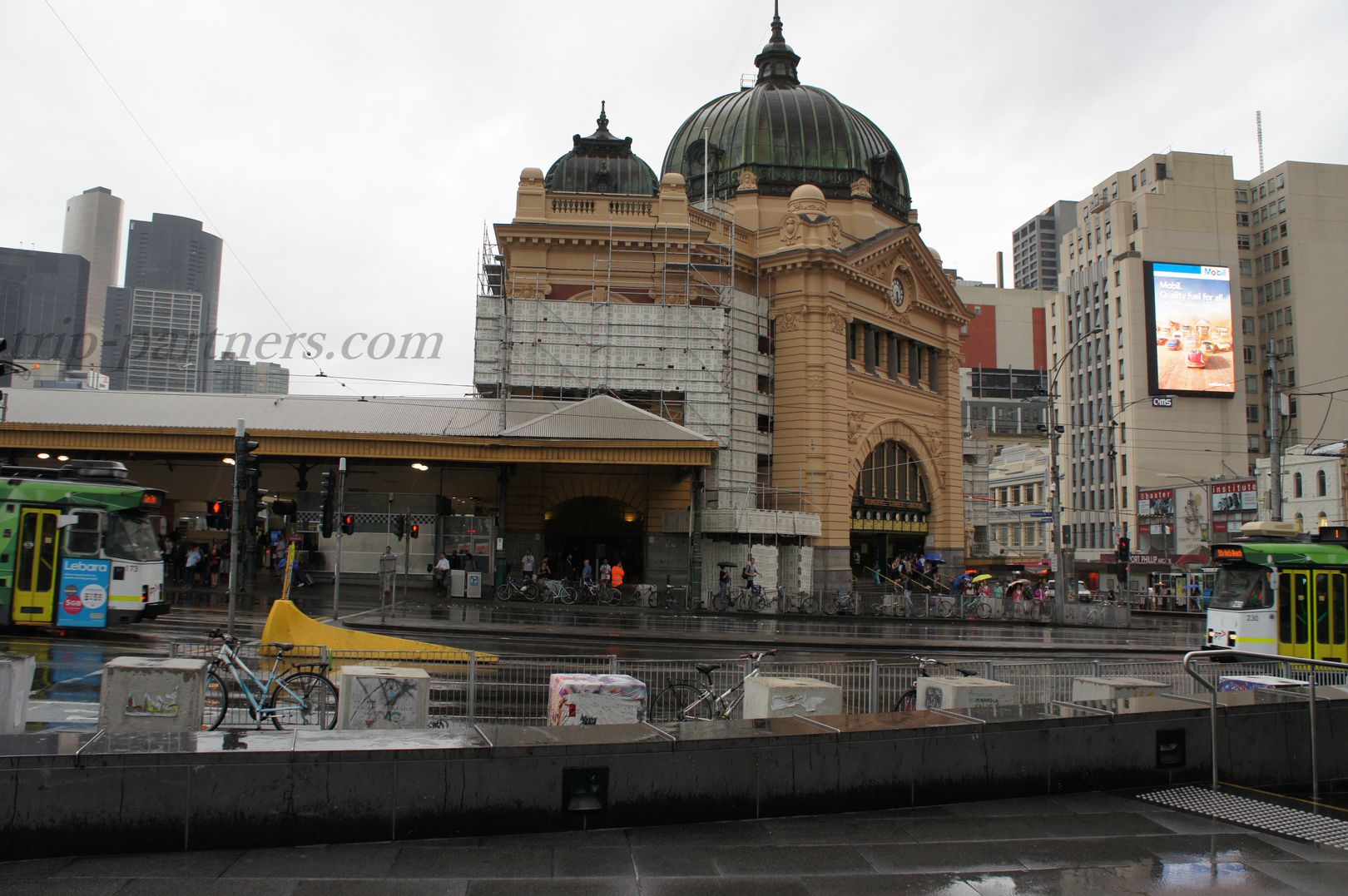 When you cross the Yarra River at Princes Bridge, you will find it on your left.。It's one of the busiest places in Melbourne so it's lively all day long。 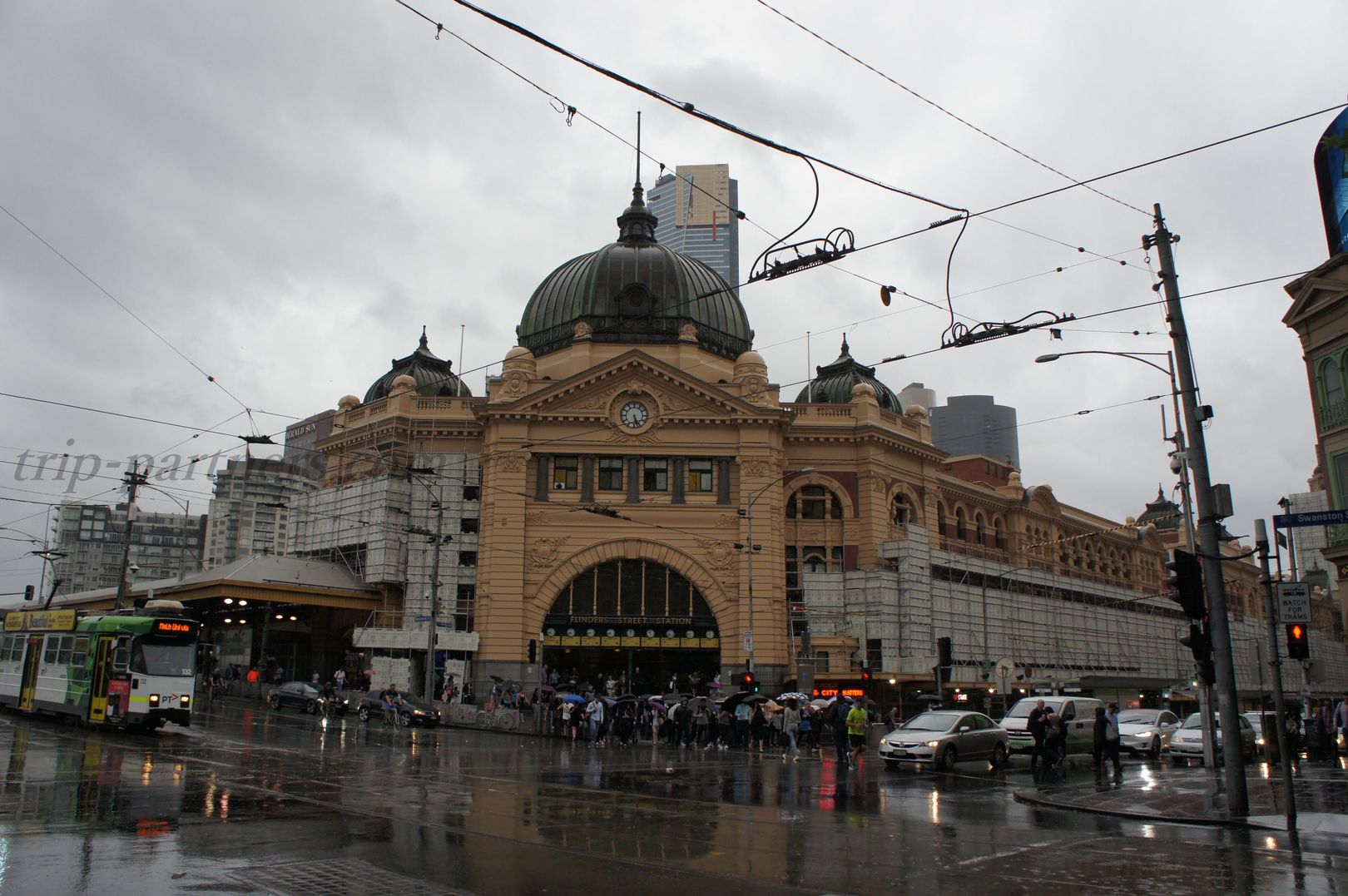 Scenery that you often see in photos。From the intersection in front of Flinders Street Station。It is said that this station became a model for the Ghibli movie "Kiki's Delivery Service".。Introduced beforeTasmania's Ross VillageYou will be able to go around the witch's house sanctuary in two places at once.。 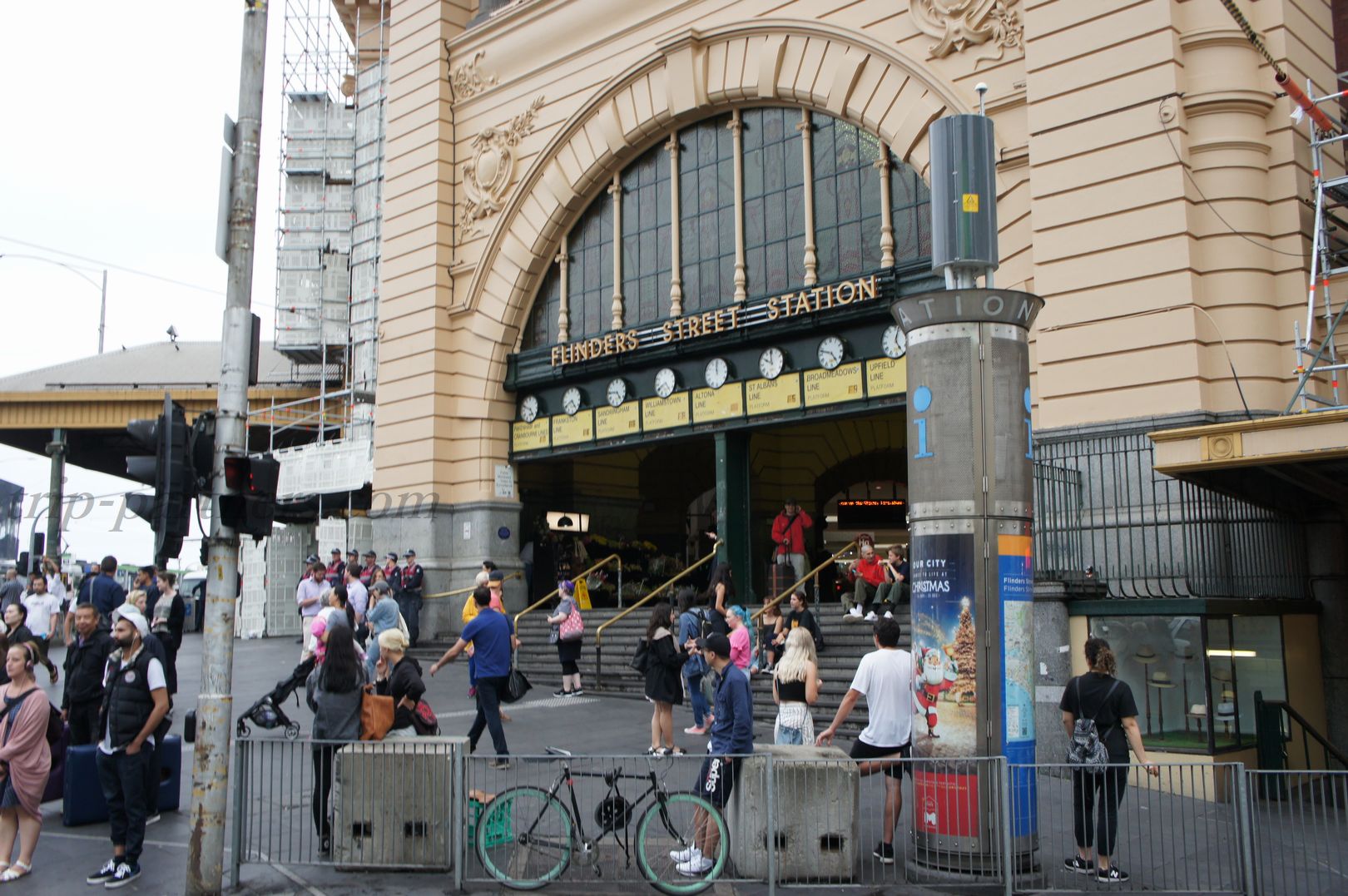 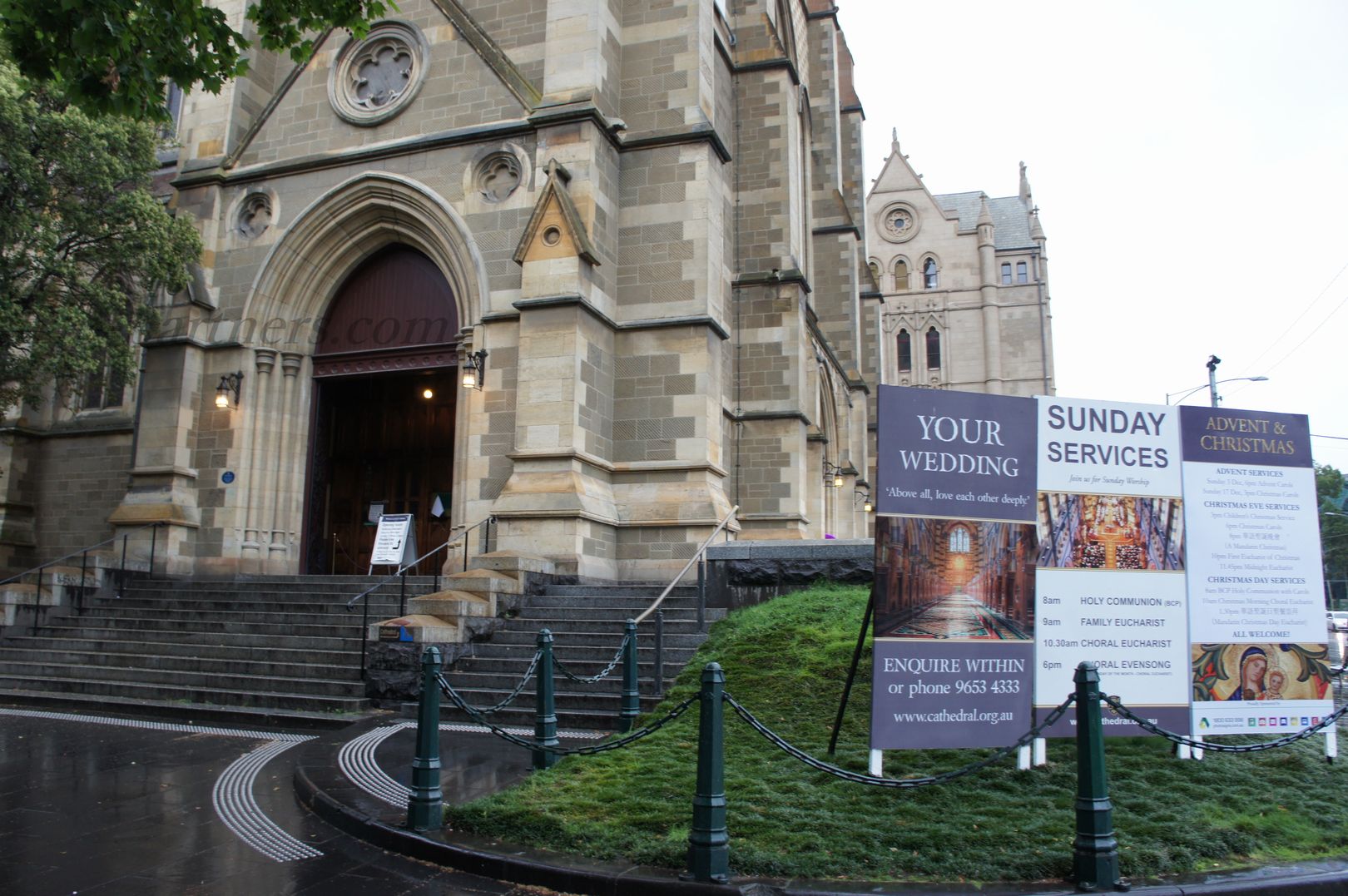 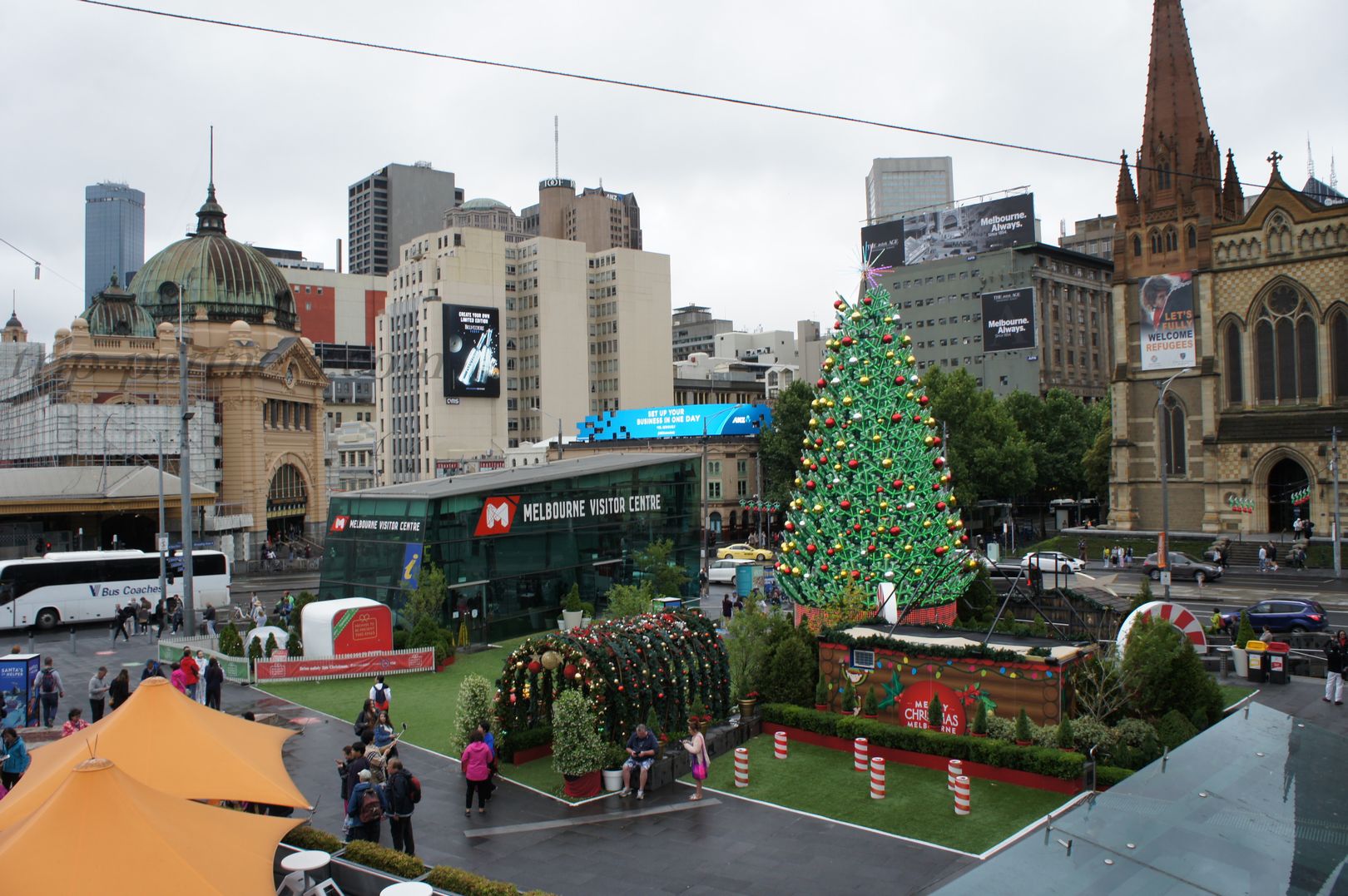 The station square is full of Christmas。I feel a little lonely when I think about the Christmas tree in midsummer.。 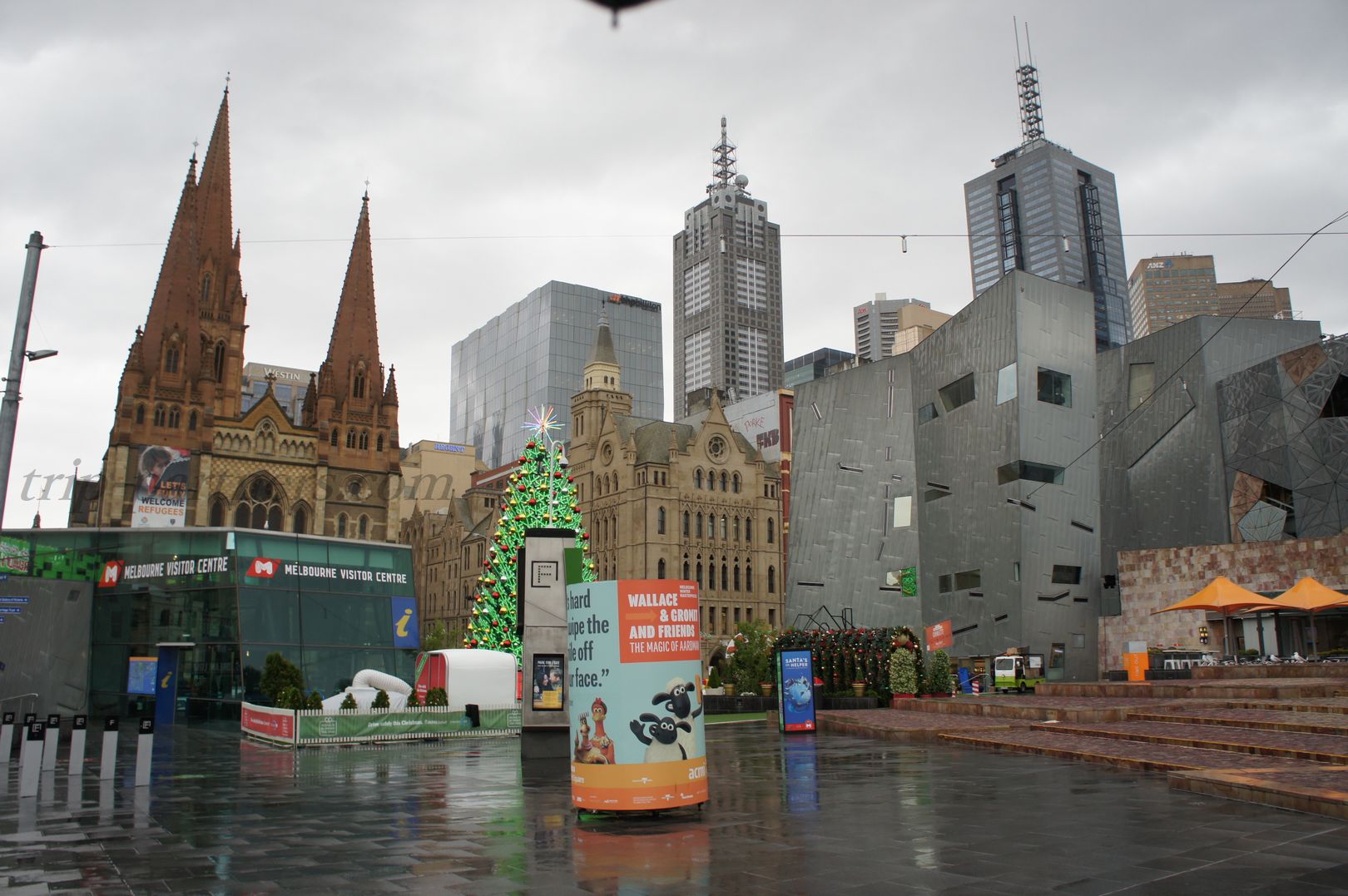 from a different angle。Fully enjoy the last midsummer Christmas 😆 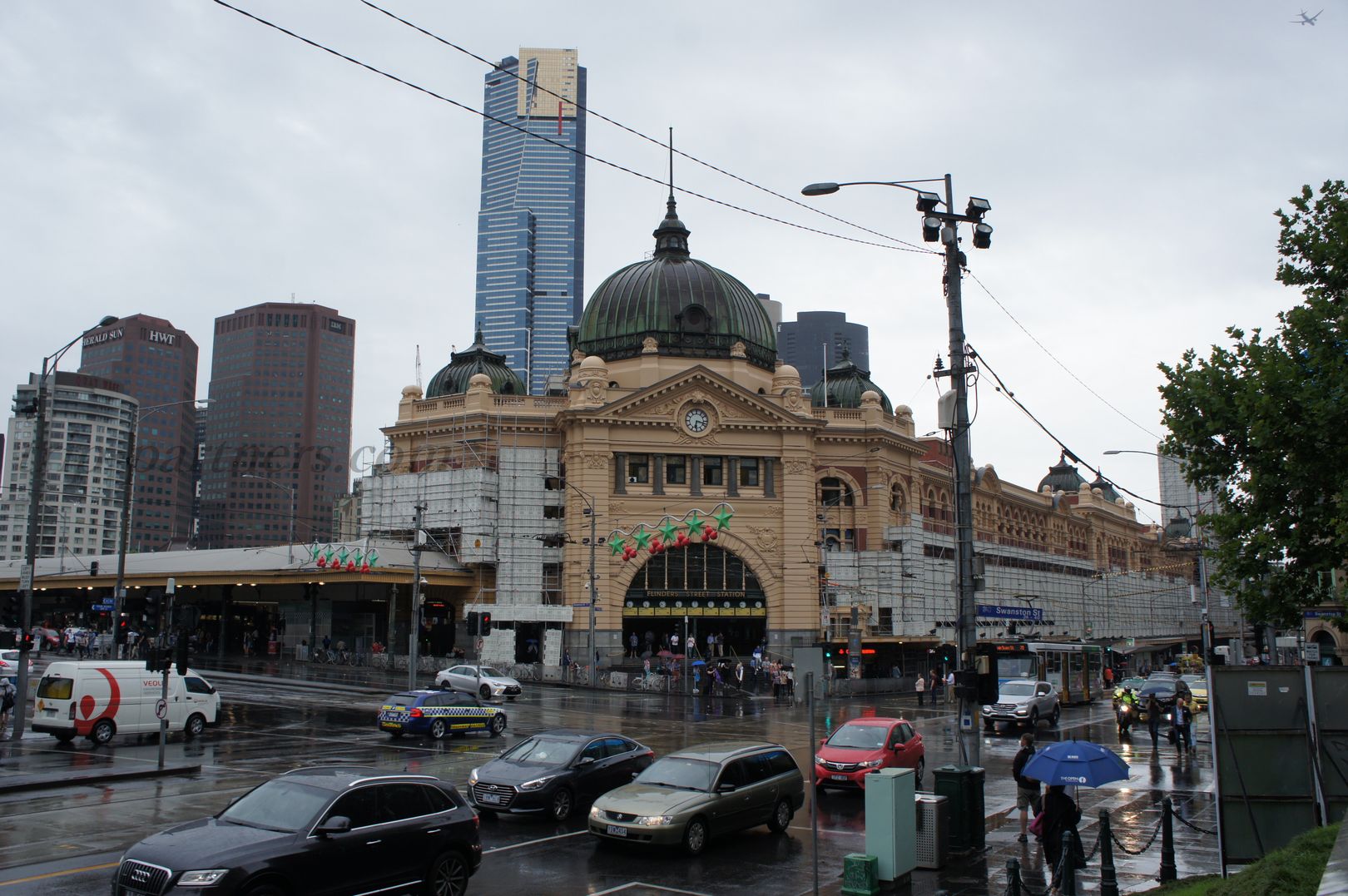 Looking at Flinders Street Station from the entrance of the cathedral, you can see the Eureka Tower behind。It's kind of strange to see a modern tower behind a medieval building.。 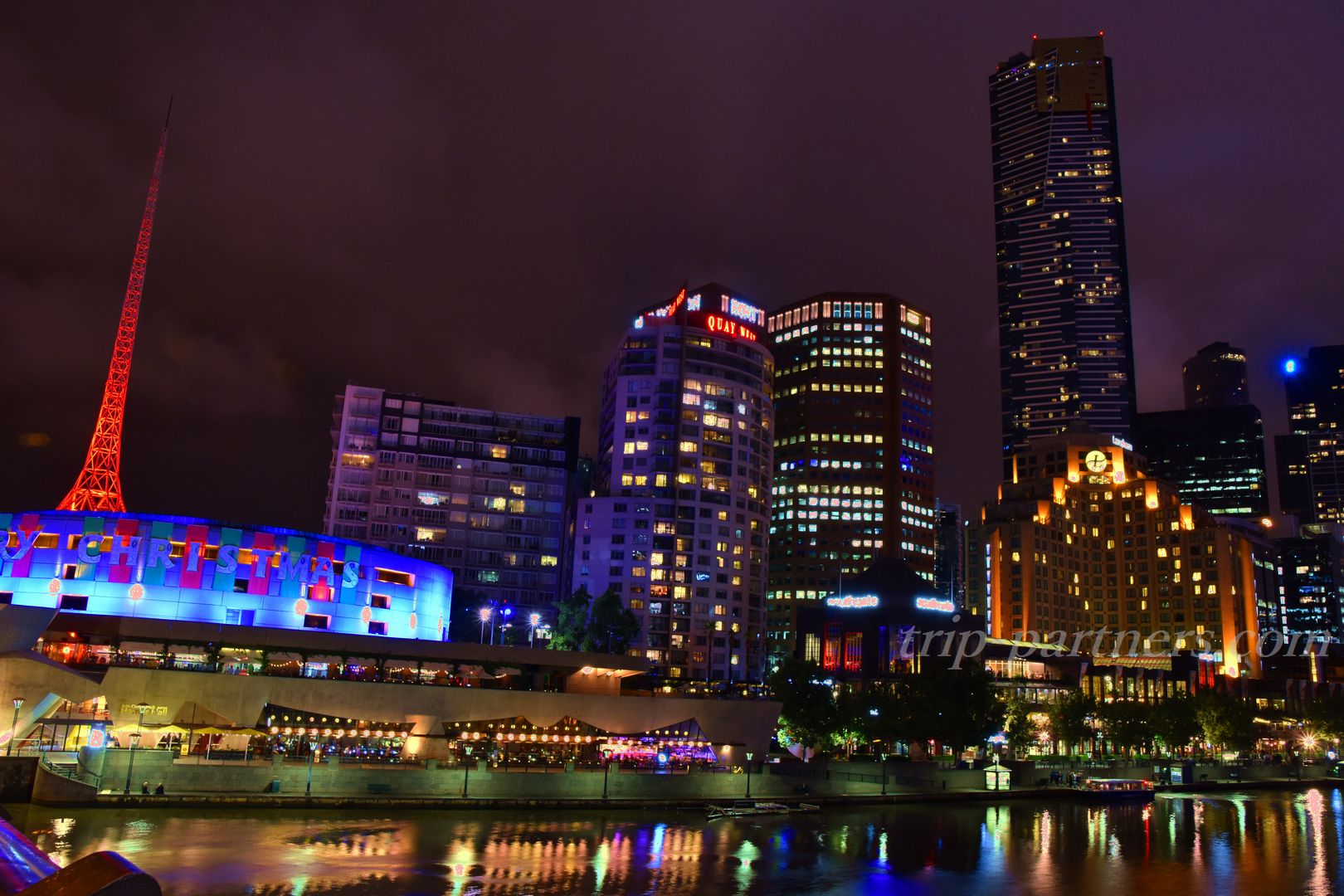 Yarra River seen from Princess Bridge (Flinders Street Station side)。You can see that the wind is very weak because the light of the building is clearly reflected on the Yarra River.。 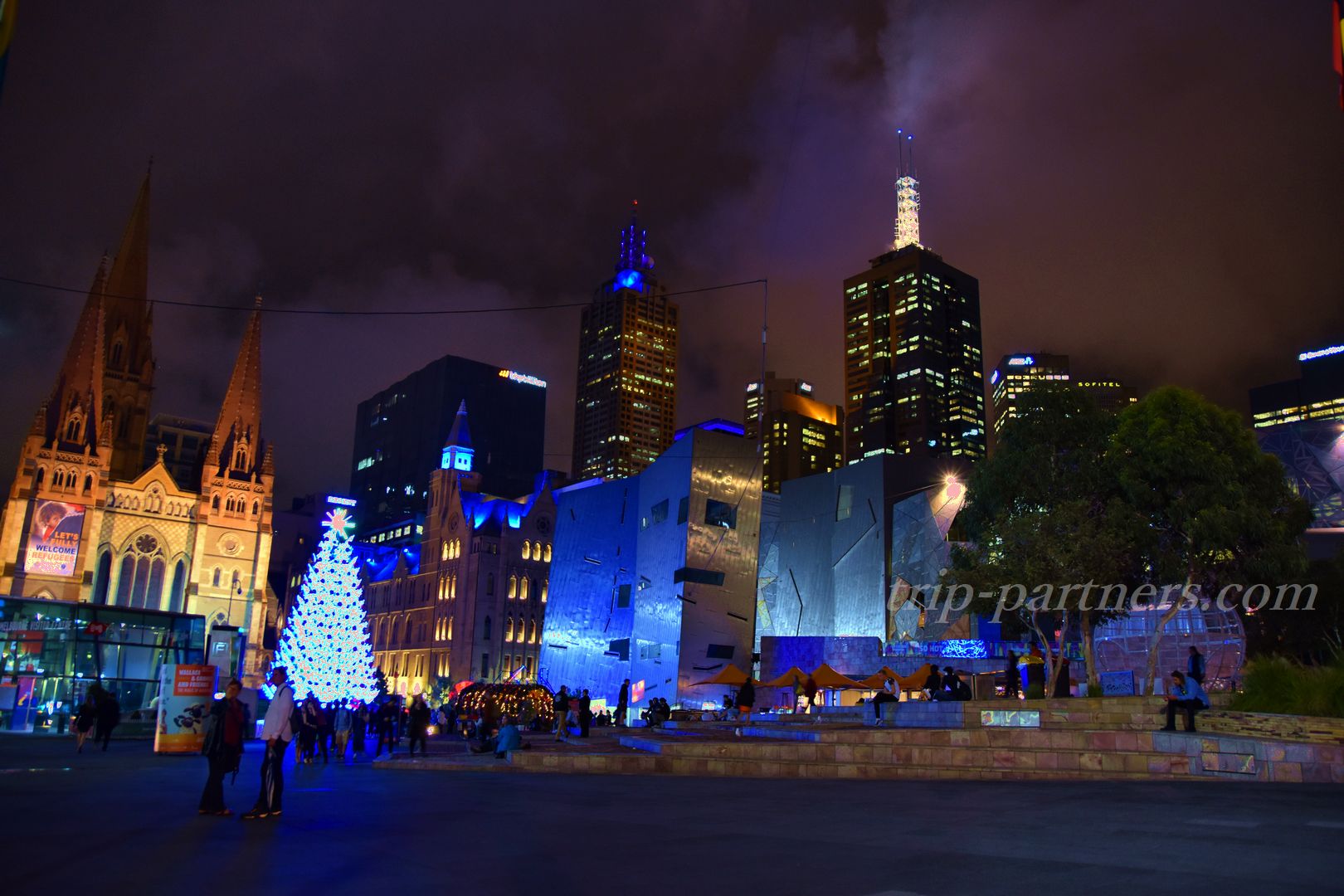 Christmas tree in front of the station with St. Paul's Cathedral。This light up can only be seen at this time。 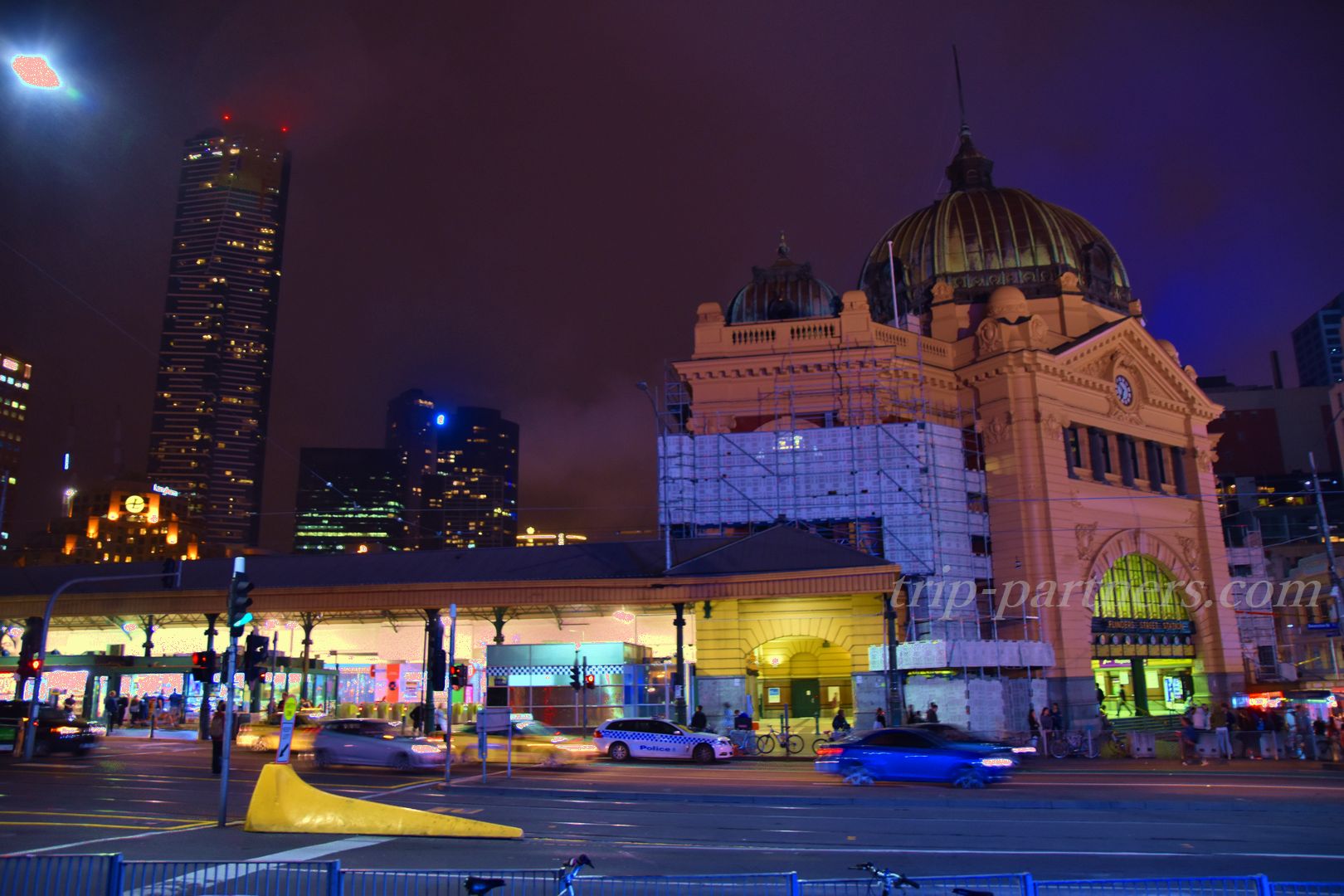 Night ver of the photo posted at the beginning of the article。The atmosphere is different from daytime。By the way, this Melbourne is very safe、You can go out without worrying at all even at night 🙂

From the opposite bank of Flinders Street Station。 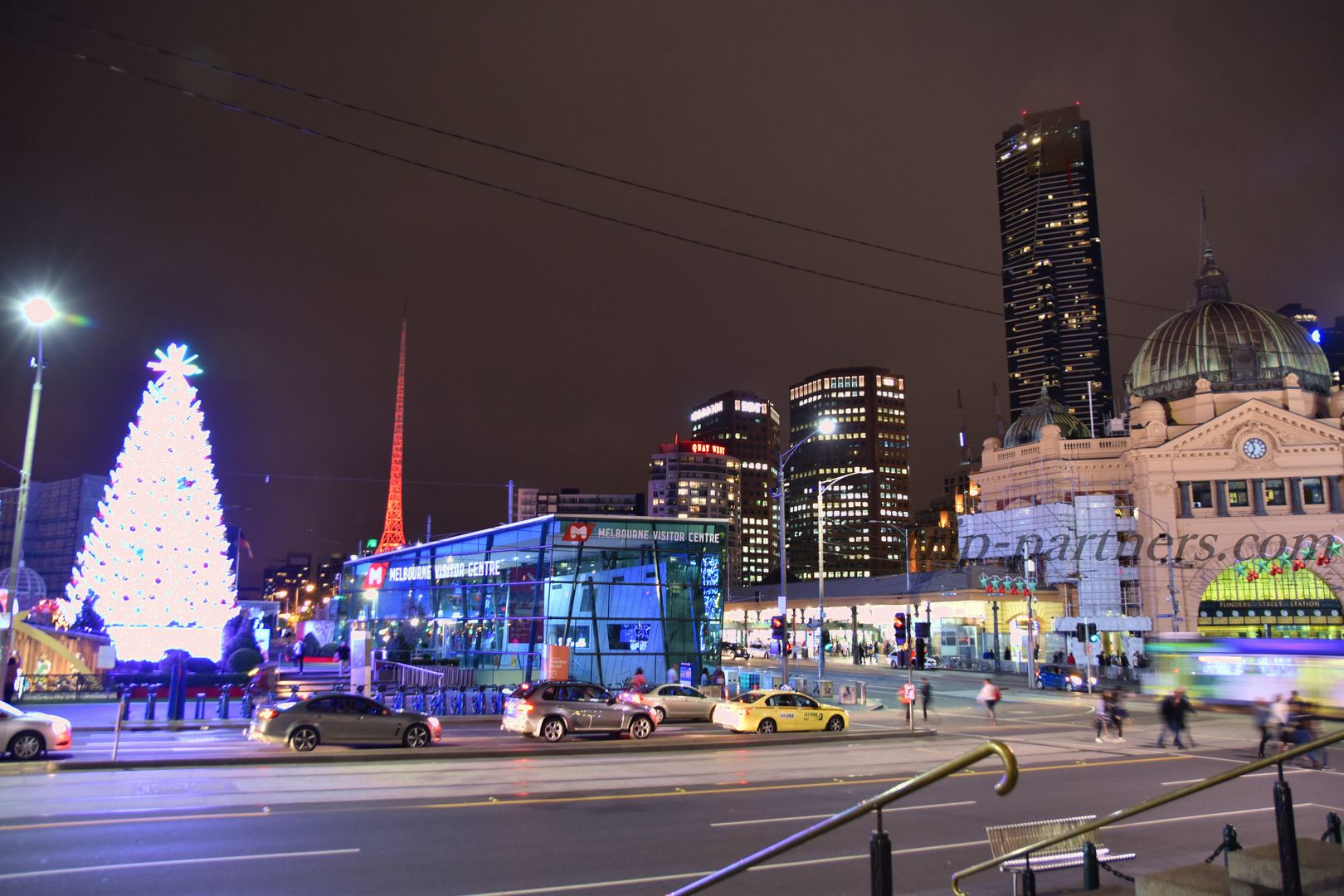 Finally from the front of the cathedral。There are quite a lot of people here, so be careful not to bother passers-by when shooting.。

This is the end of sightseeing in Melbourne! Next time, I will introduce the cheapest route from Southern Cross Station to Tullamarine Airport in Melbourne!