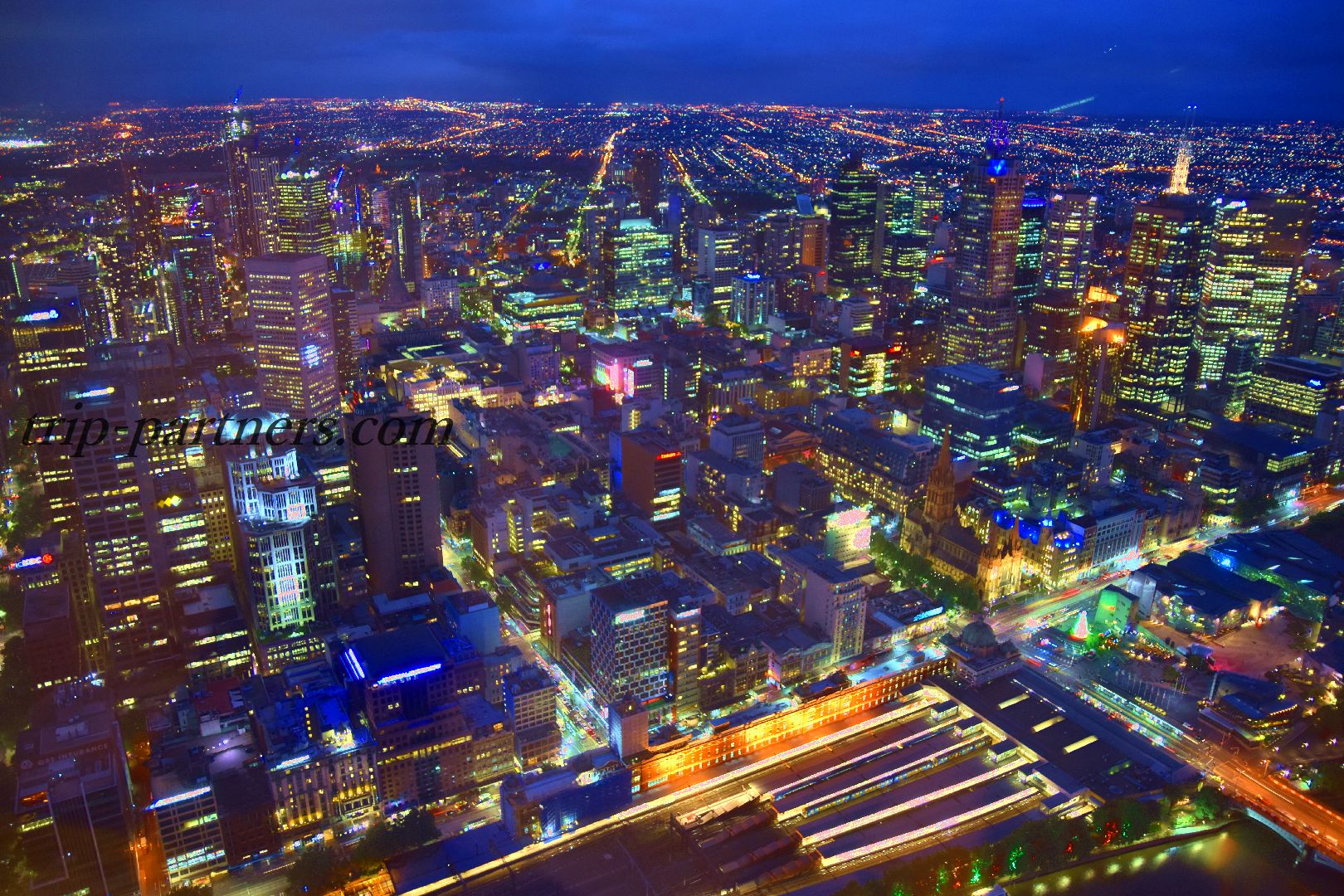 Introducing Melbourne tourist spots。This time we will climb the Eureka Tower, which offers a panoramic view of Melbourne.。I'm going to climb up before dusk and enjoy the night view。 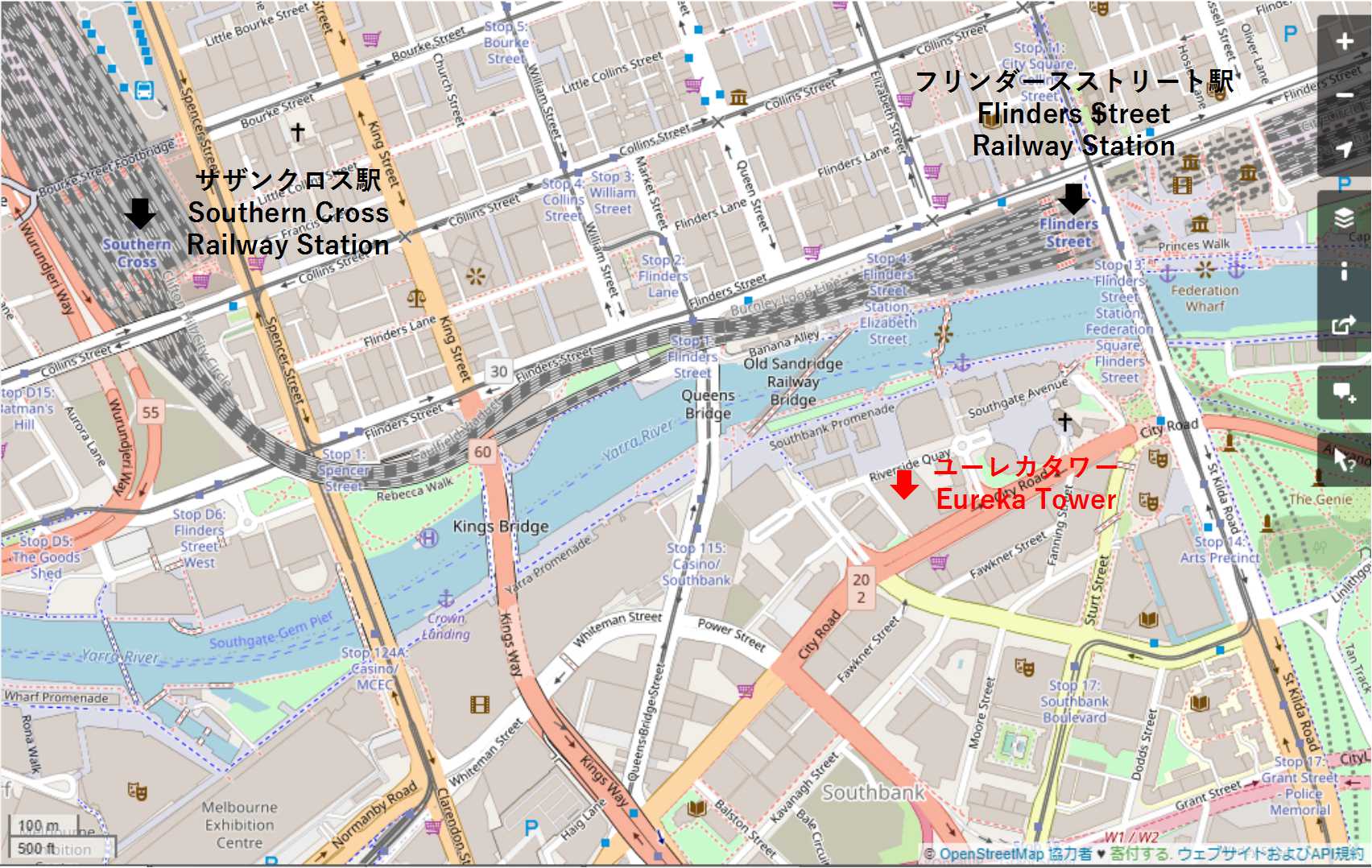 Eureka Tower is located across the Yarra River from downtown Melbourne。Close to Southern Cross Station and Flinders Street Station、If you walk out of the station and look for tall buildings, you'll be able to find them immediately.。 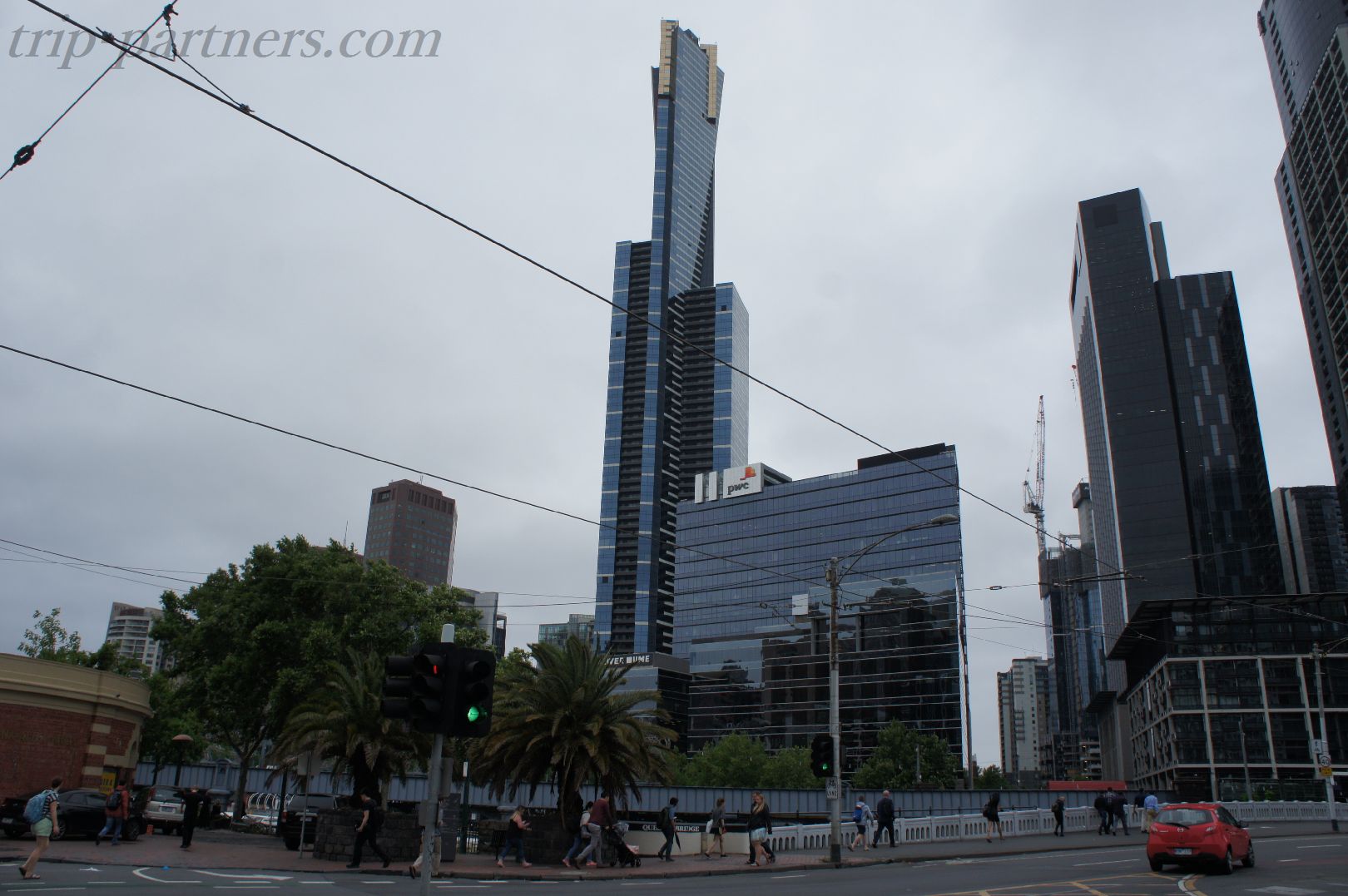 The tall building in front of this is the Eureka Tower。200692 floors above ground, completed in June 2007 and opened in May 2007、The tallest building in Melbourne with a height of 300m。The lower floors are offices、The upper floors are used as luxury homes。88The observation deck on the floor”Eureka Skydeck 88″Is published as、That is the destination this time。 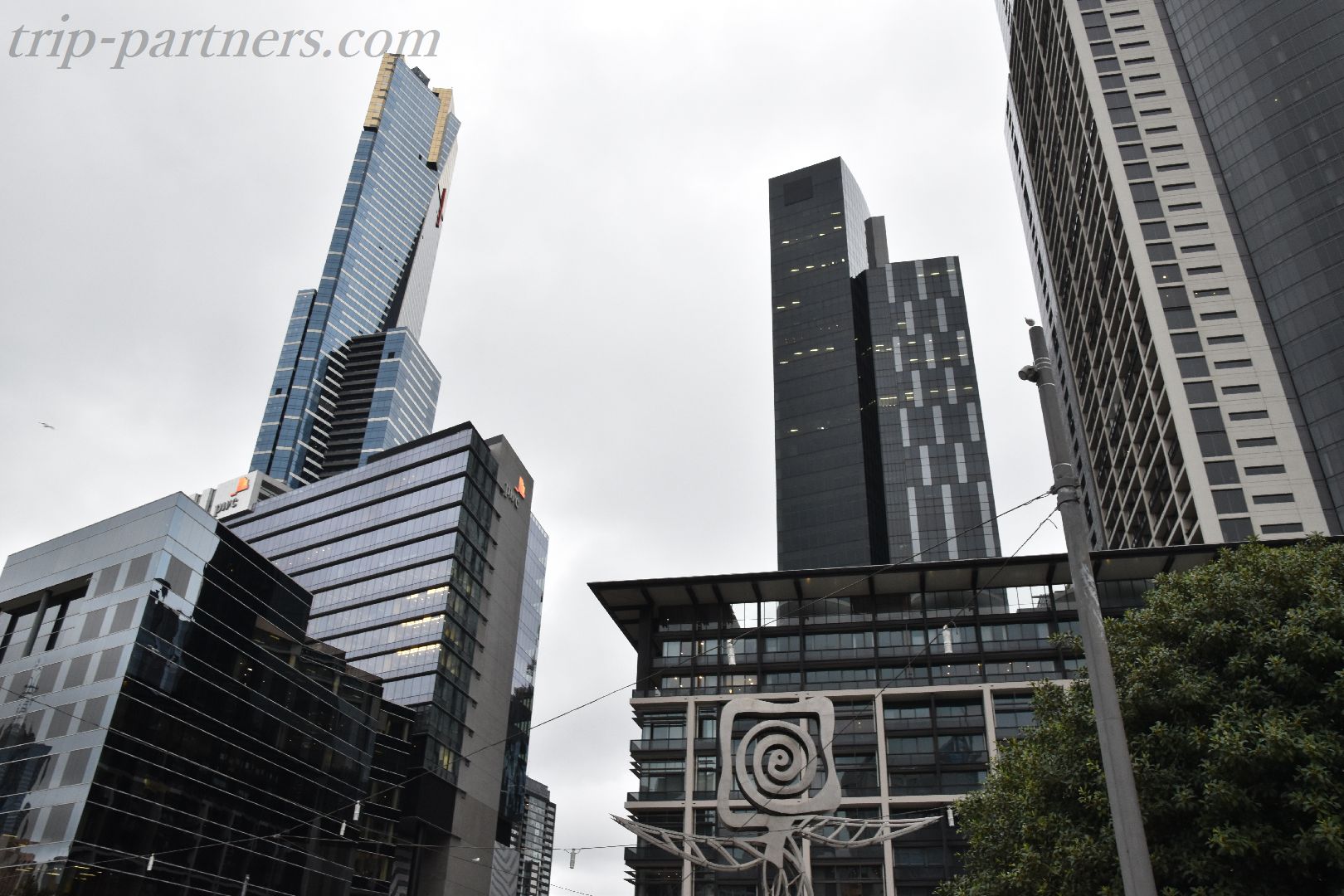 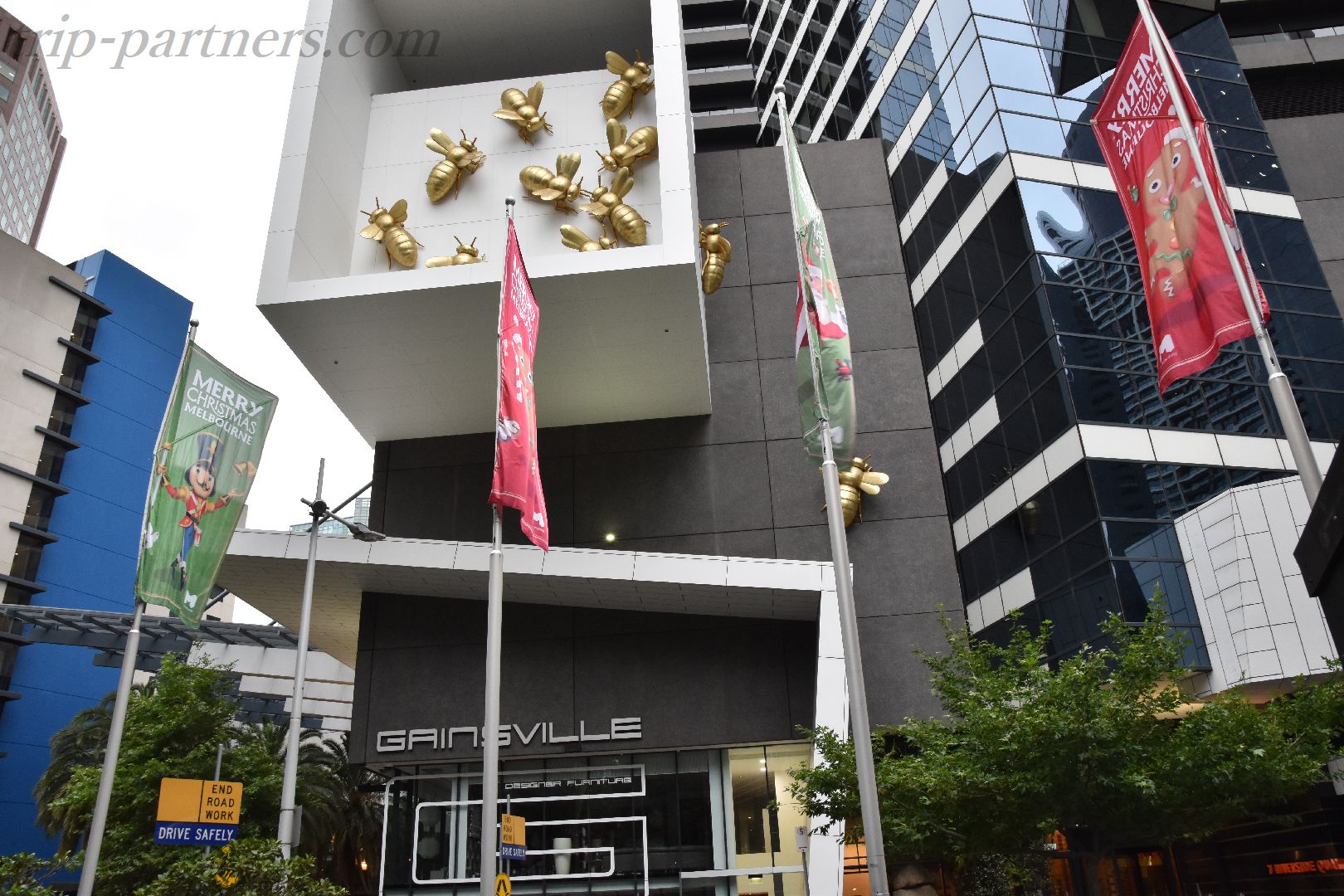 To the observation deck "Eureka Skydeck 88" 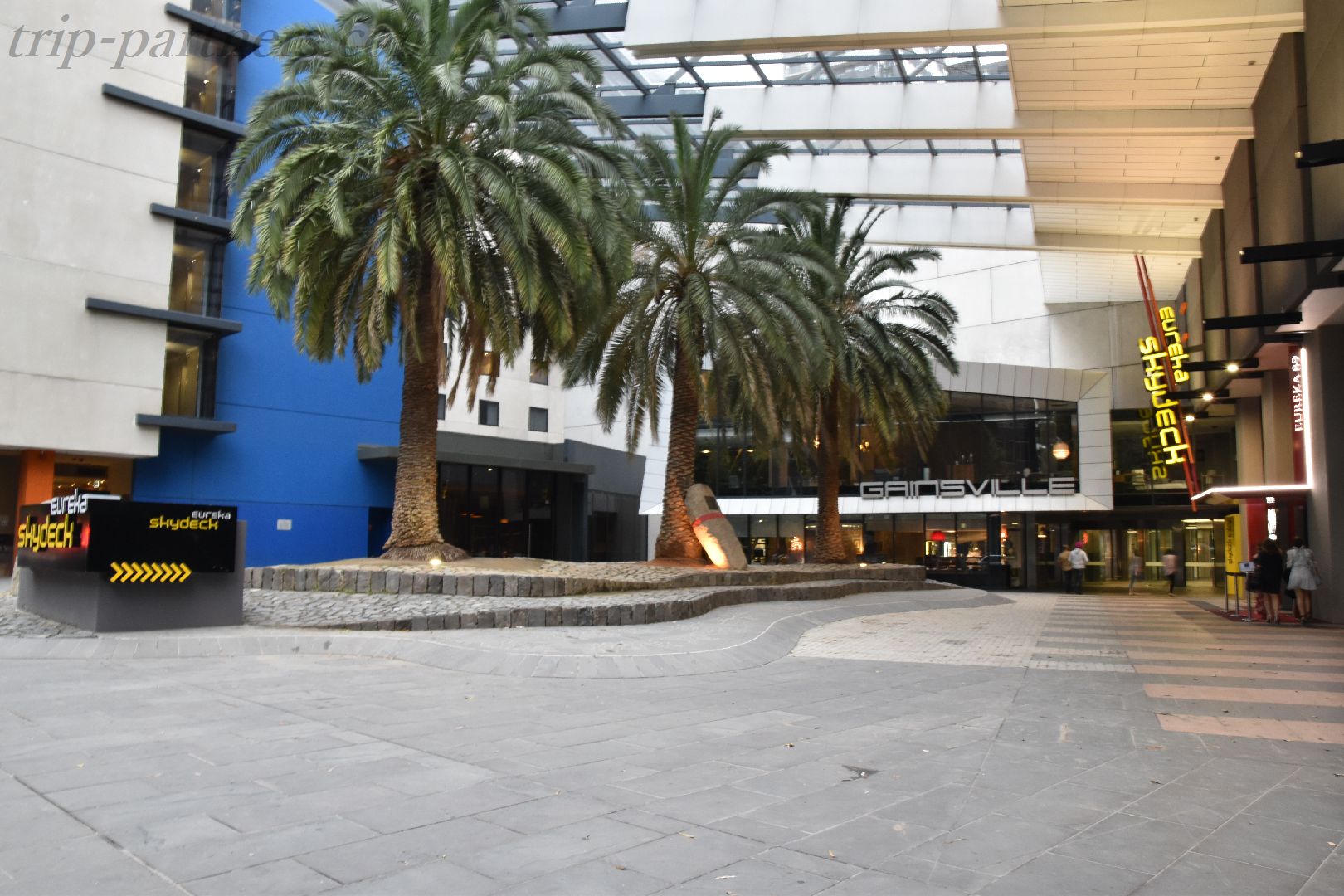 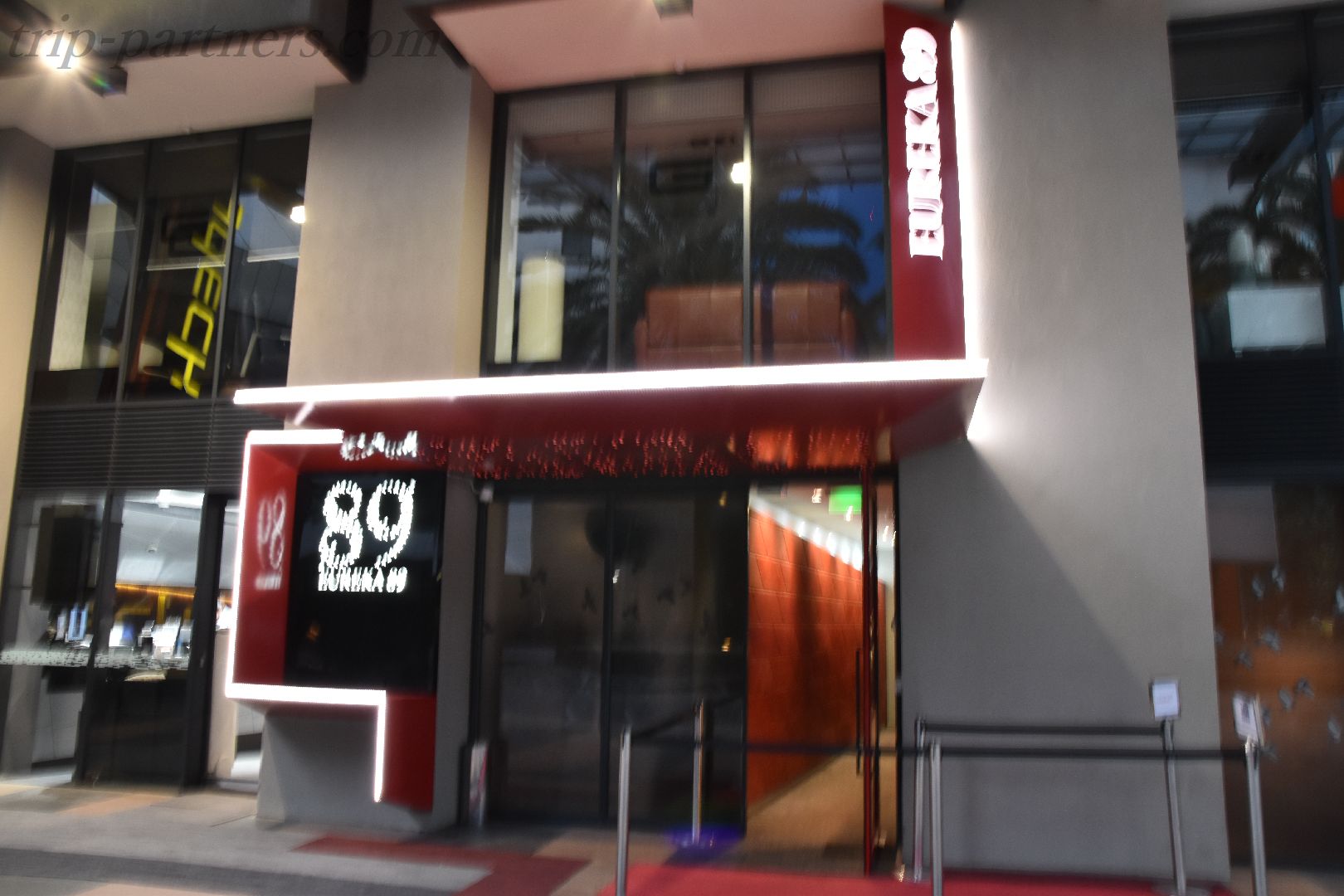 Enter here。After purchasing the ticket, board the elevator after baggage inspection。 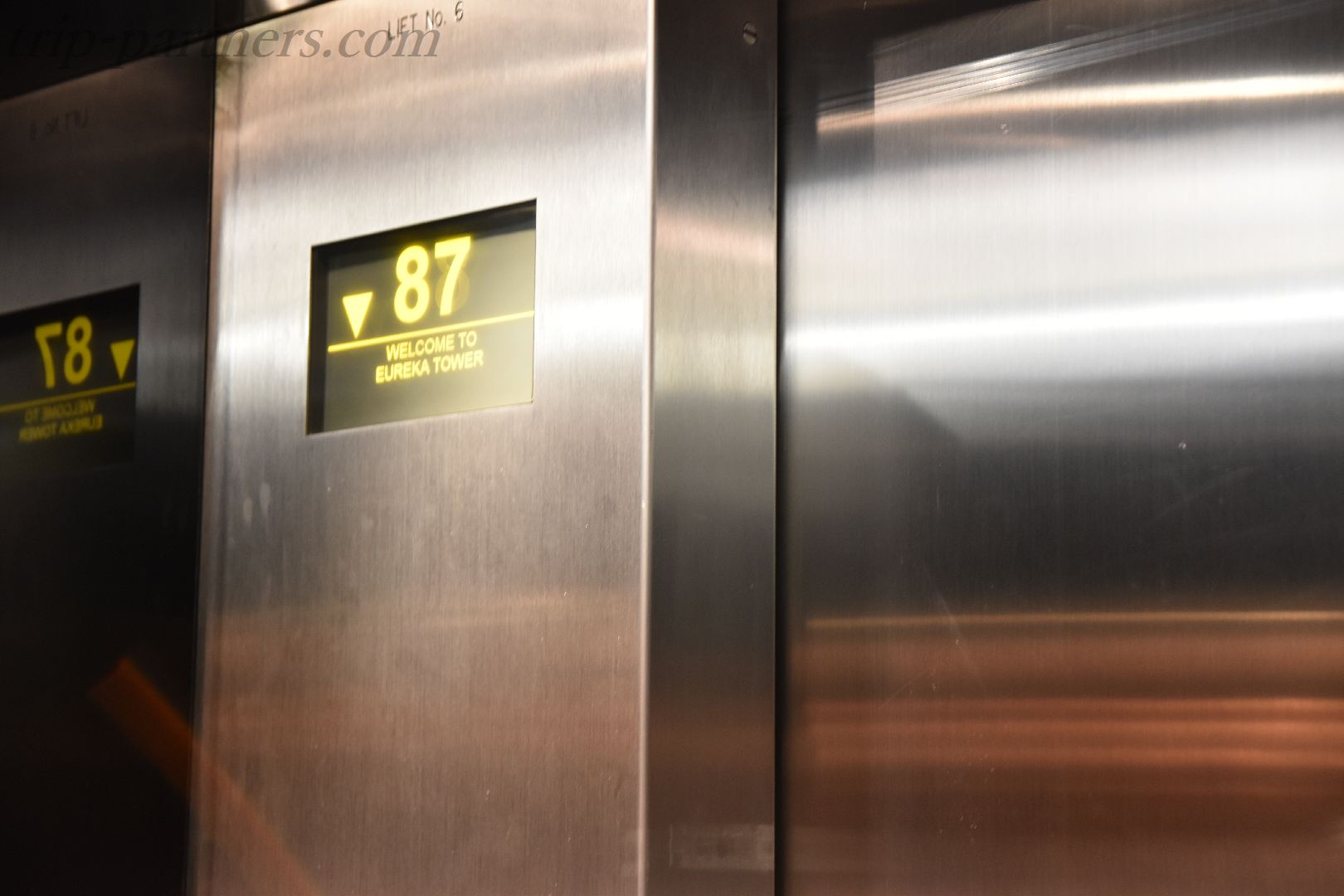 87Arrived on the floor ~ 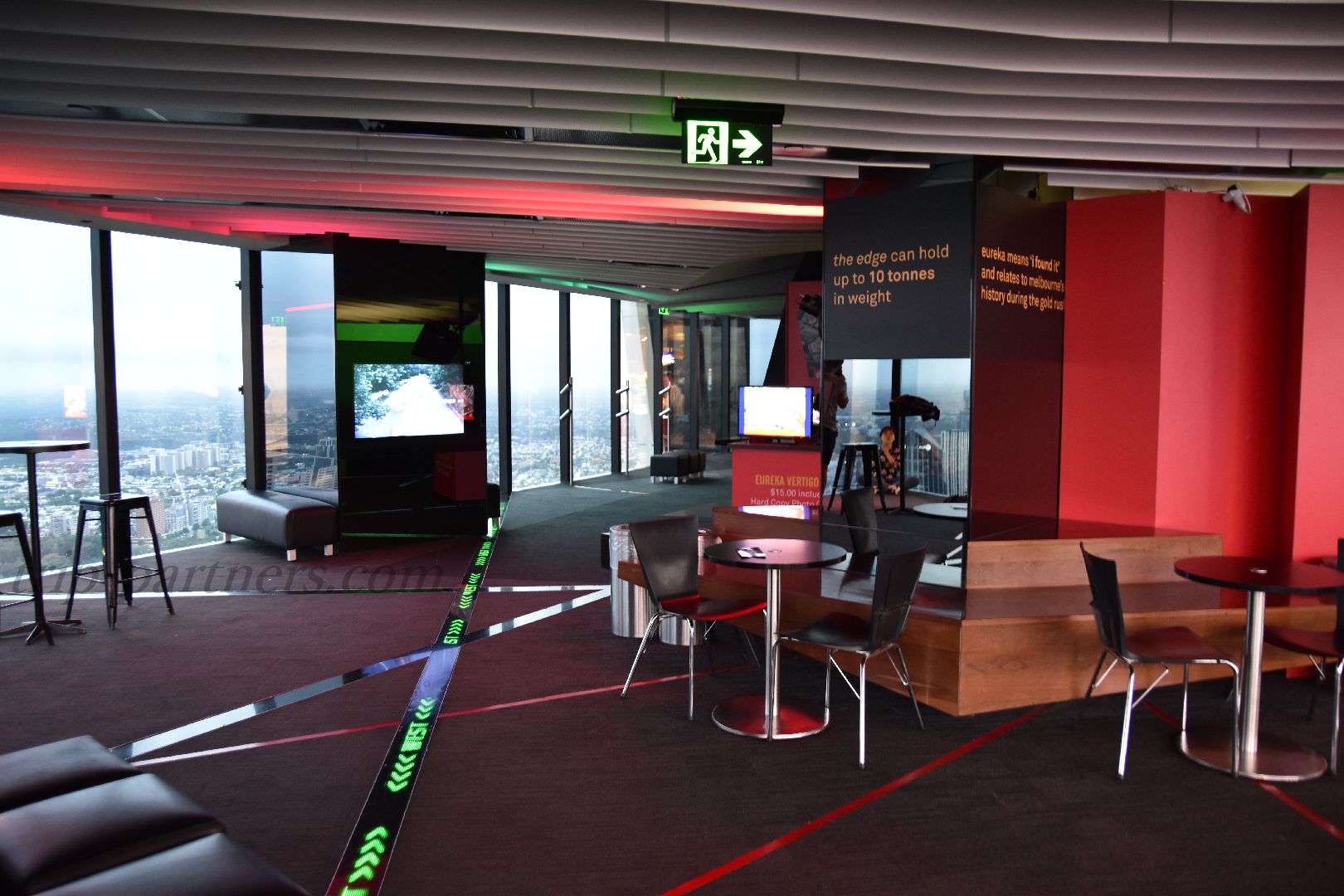 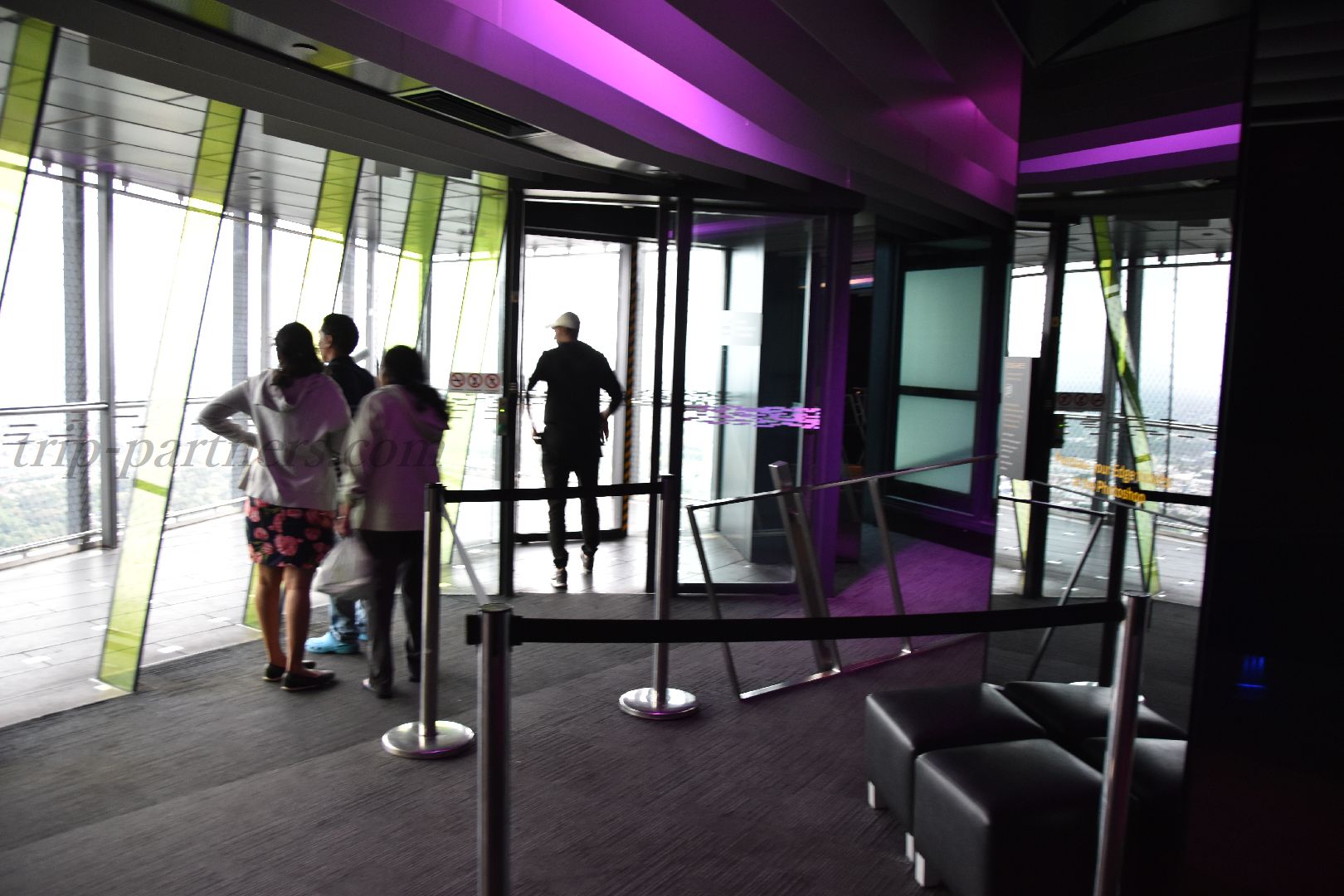 This is the entrance to an attraction called The Edge。The only way to get out of the tower is to join this attraction。I can see the city of Melbourne from the glass cube protruding from the tower.、May be difficult for people with acrophobia。This attraction is similar to the Sydney Tower Eye(Lol)

Scenery from the Eureka Skydeck 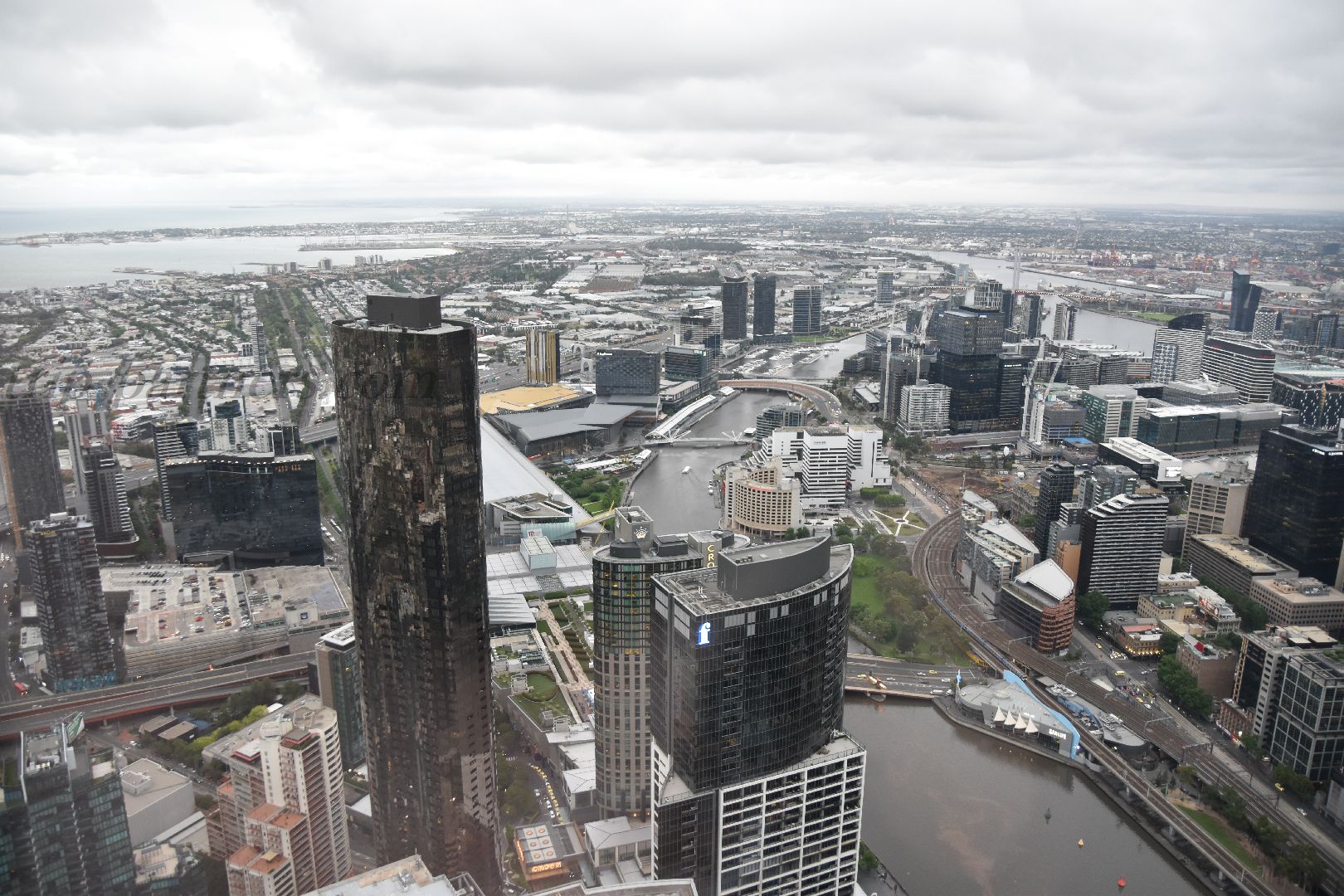 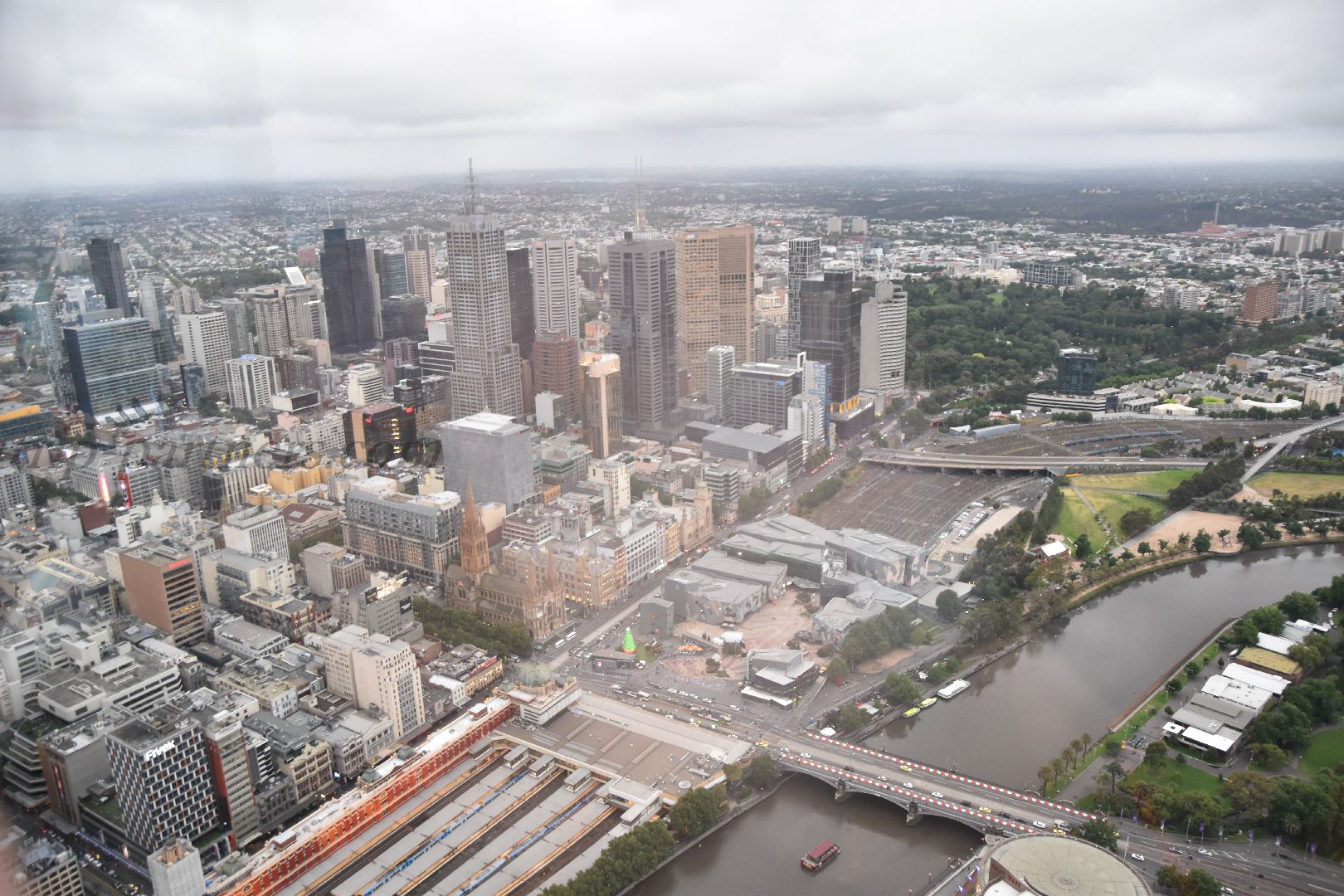 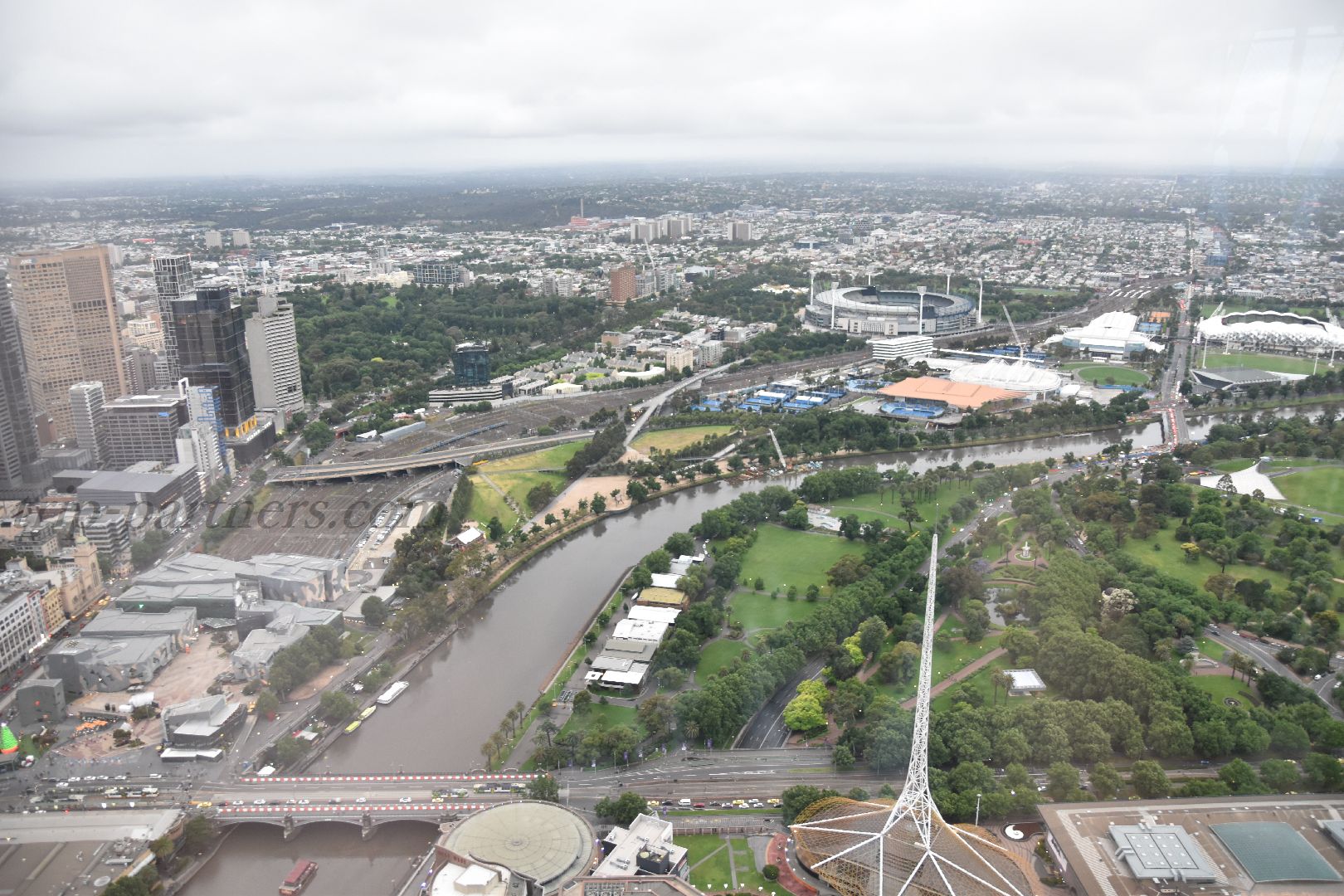 To Cricket Ground。View the suburbs of Melbourne。Unlike the city center, it seems to be quiet。 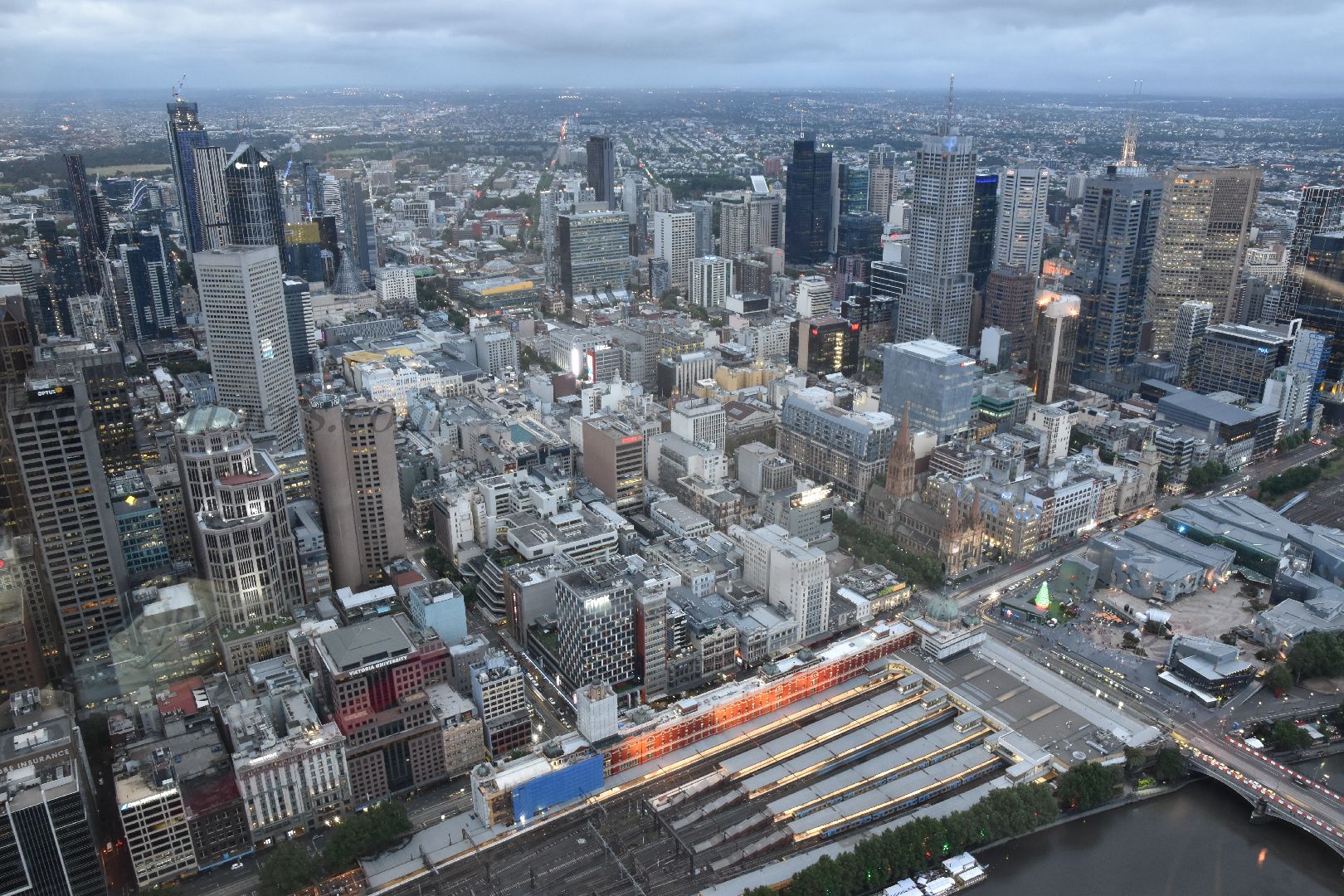 The sun is gradually setting。I really wanted to see the sunset, but it's cloudy so I don't know 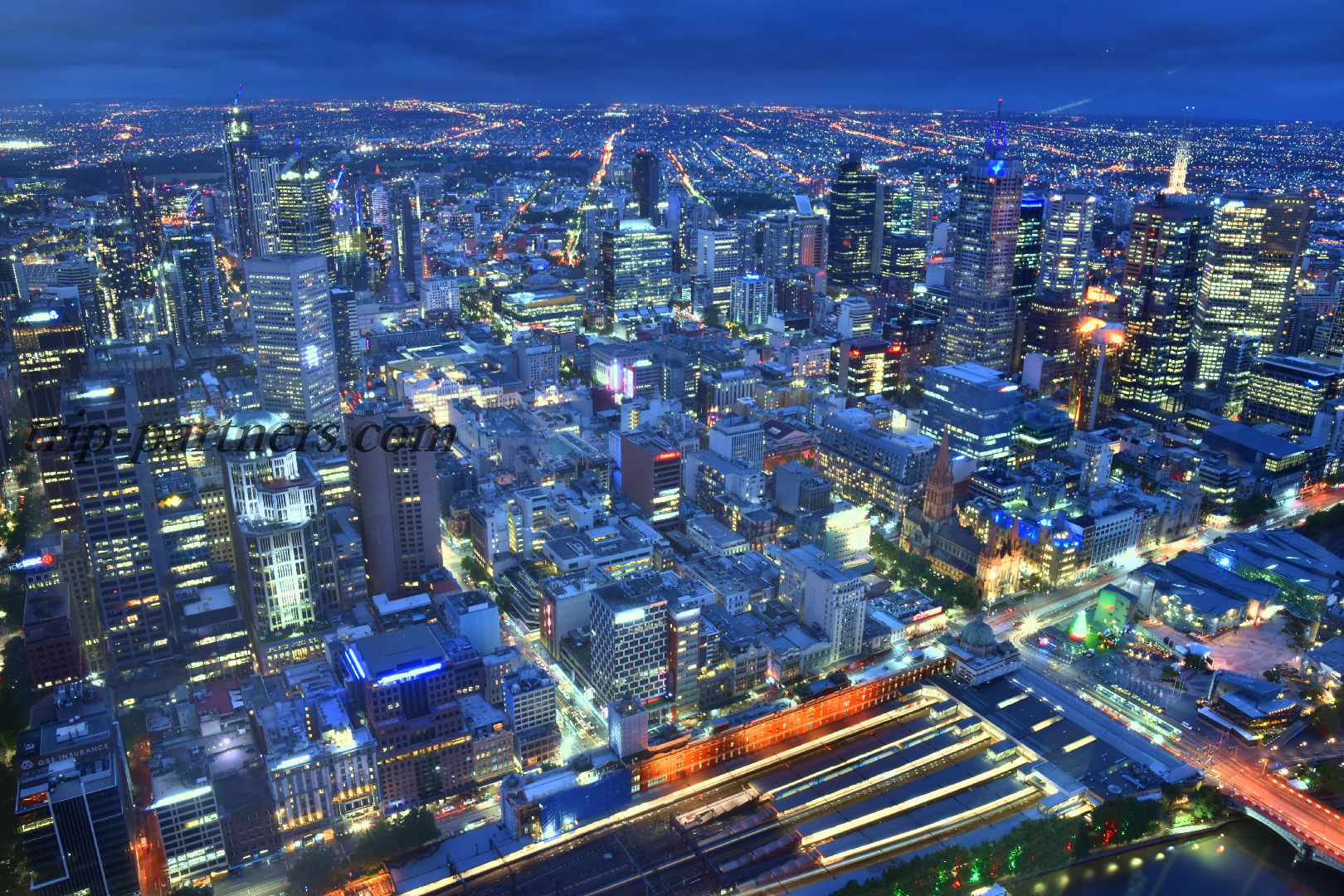 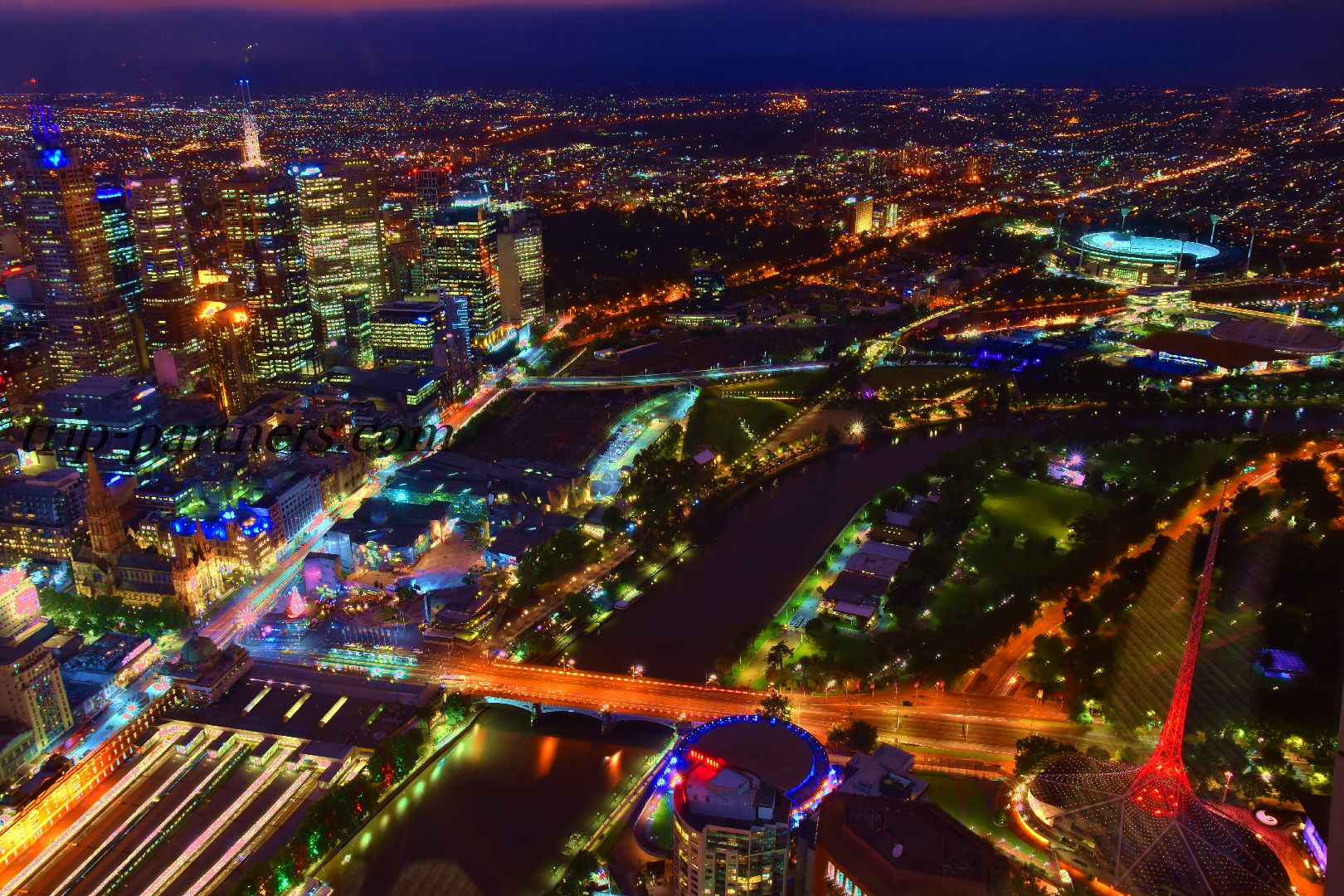 To Cricket Ground。It seems that there is little light。 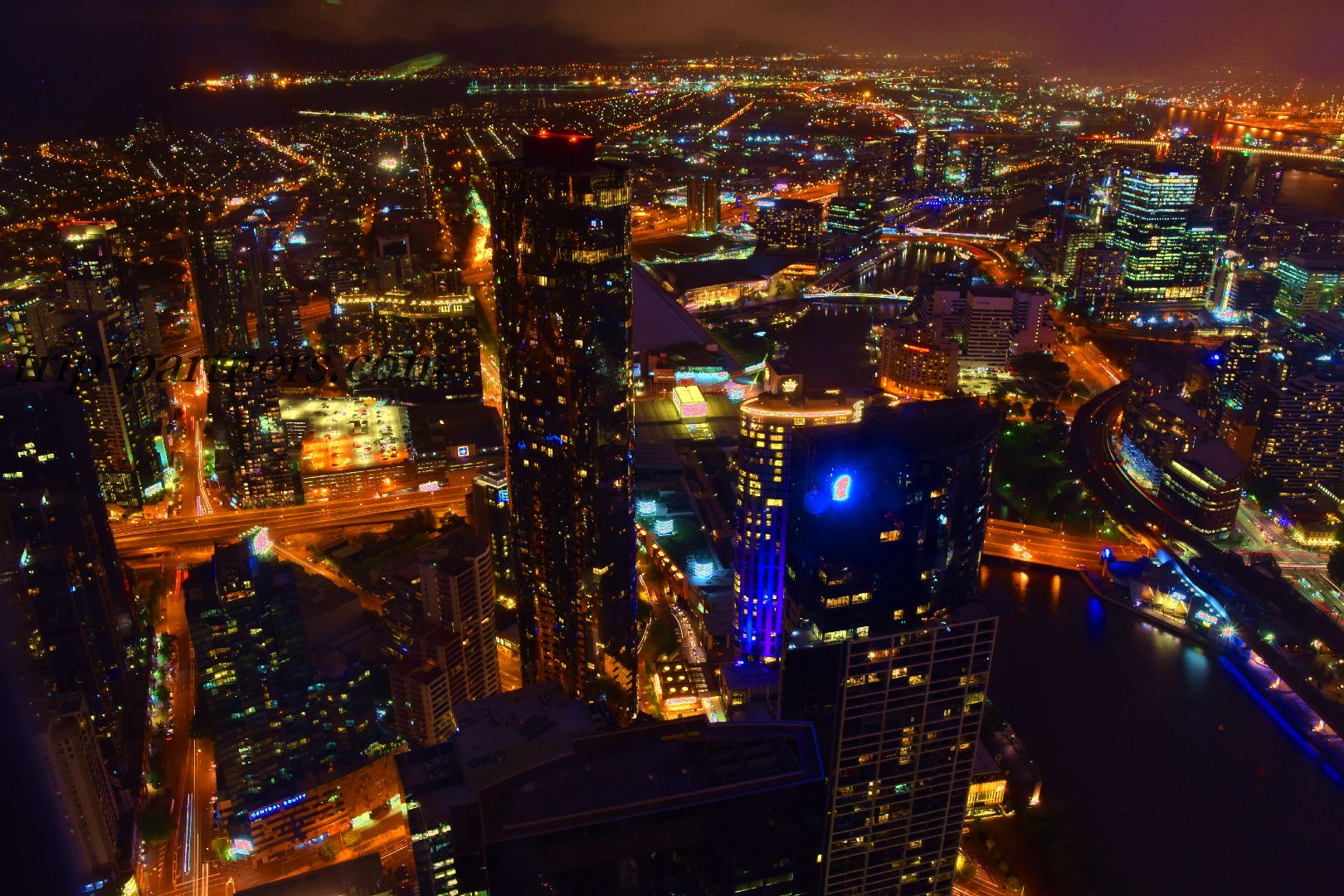 To the Spirit of Tasmania。After all it is a city。This is the end of sightseeing at Eureka Tower!

Sydney is more urban、Melbourne is also a good night view in Melbourne。Especially, I think that rivers like the Yarra River create an atmosphere.。

Next time, I will introduce the night view along the Yarra River。