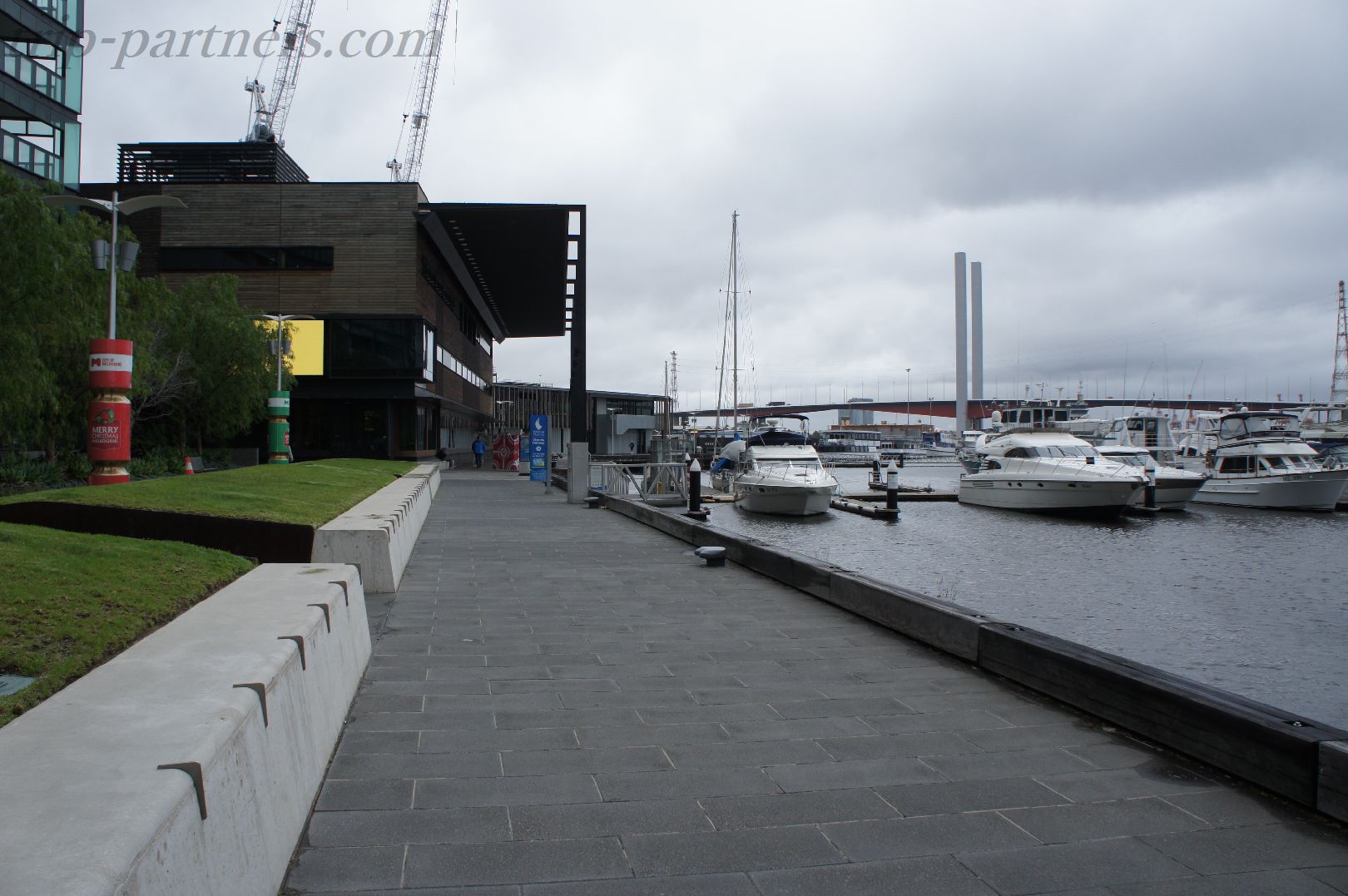 The Harbor Town introduced last time is located on the north side of the Docklands.。What is Docklands、It represents the entire waterfront area located northwest of downtown Melbourne.。

The location of "Docklands"

Docklands is the U-shaped bay on the west side of Southern Cross Station.。You can go around from Harbor Town、You can also go around quickly with a free tram。 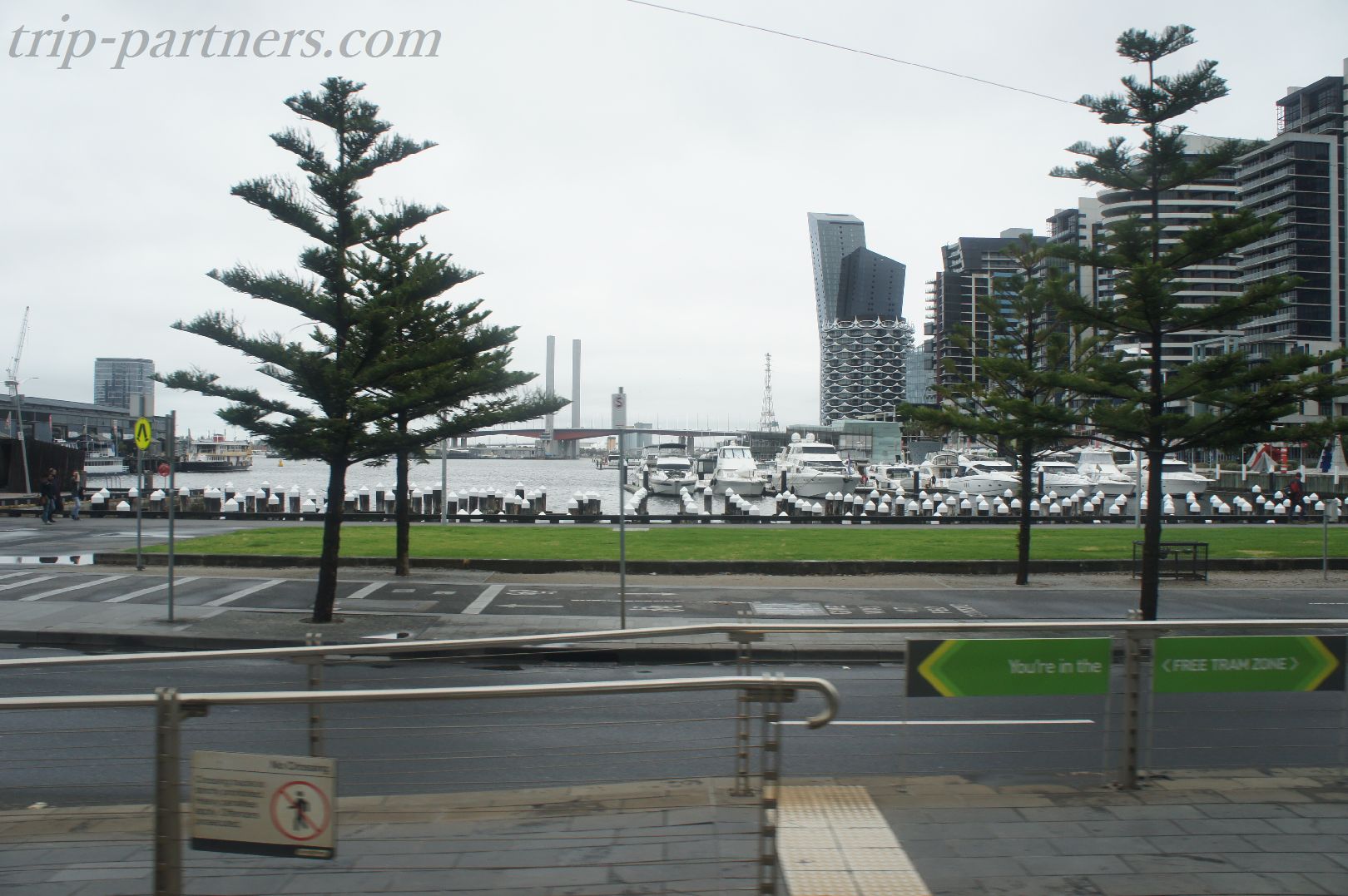 I took a free tram from Harbor Town and saw a lot of boats moored, so get off。 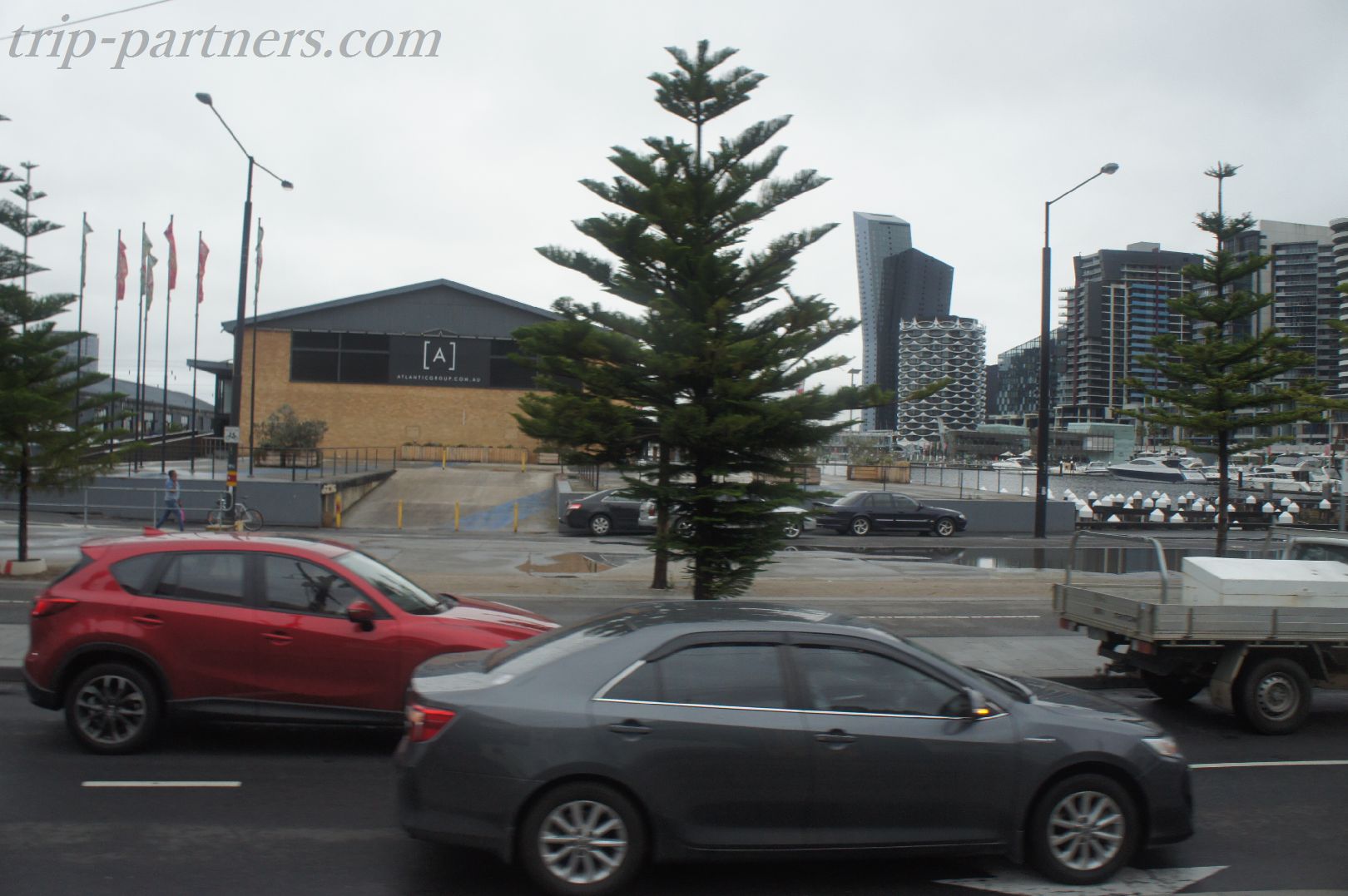 It is hard to cross because there are many streets 😥 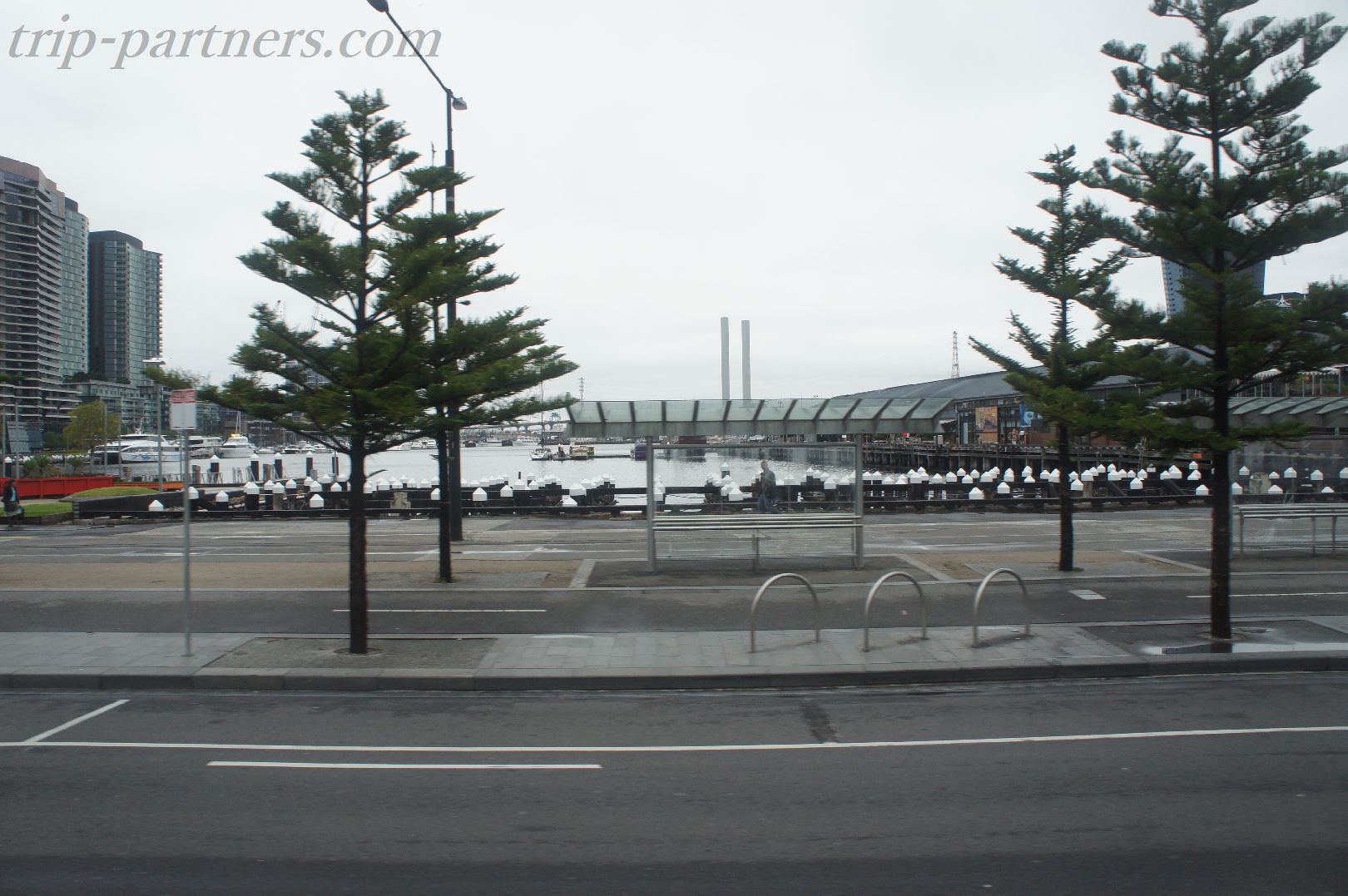 Aim for the chance that there are few cars! 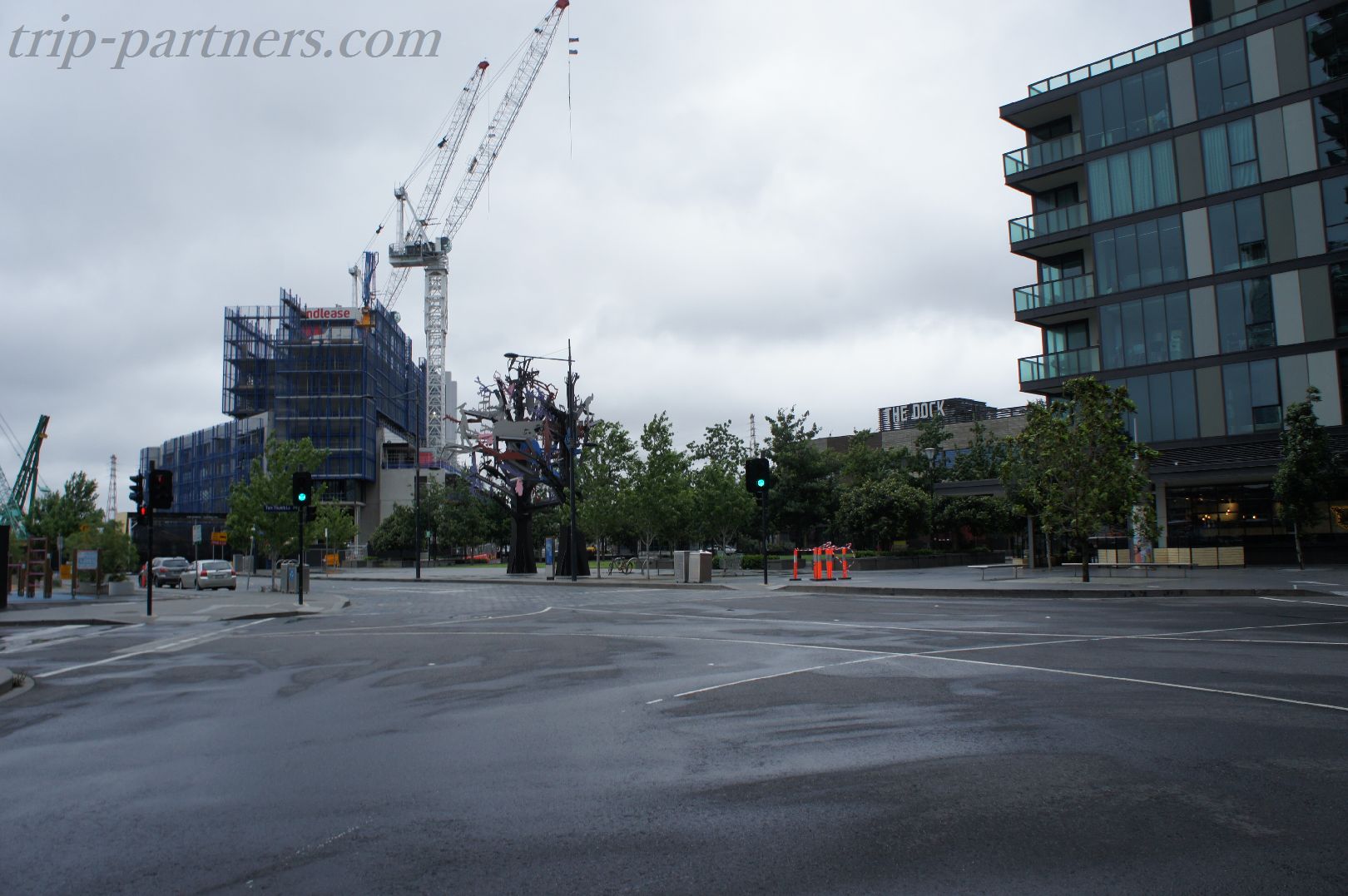 Since this area is like a redevelopment area, many buildings are under construction、There was still an atmosphere that seems to develop from now on.。 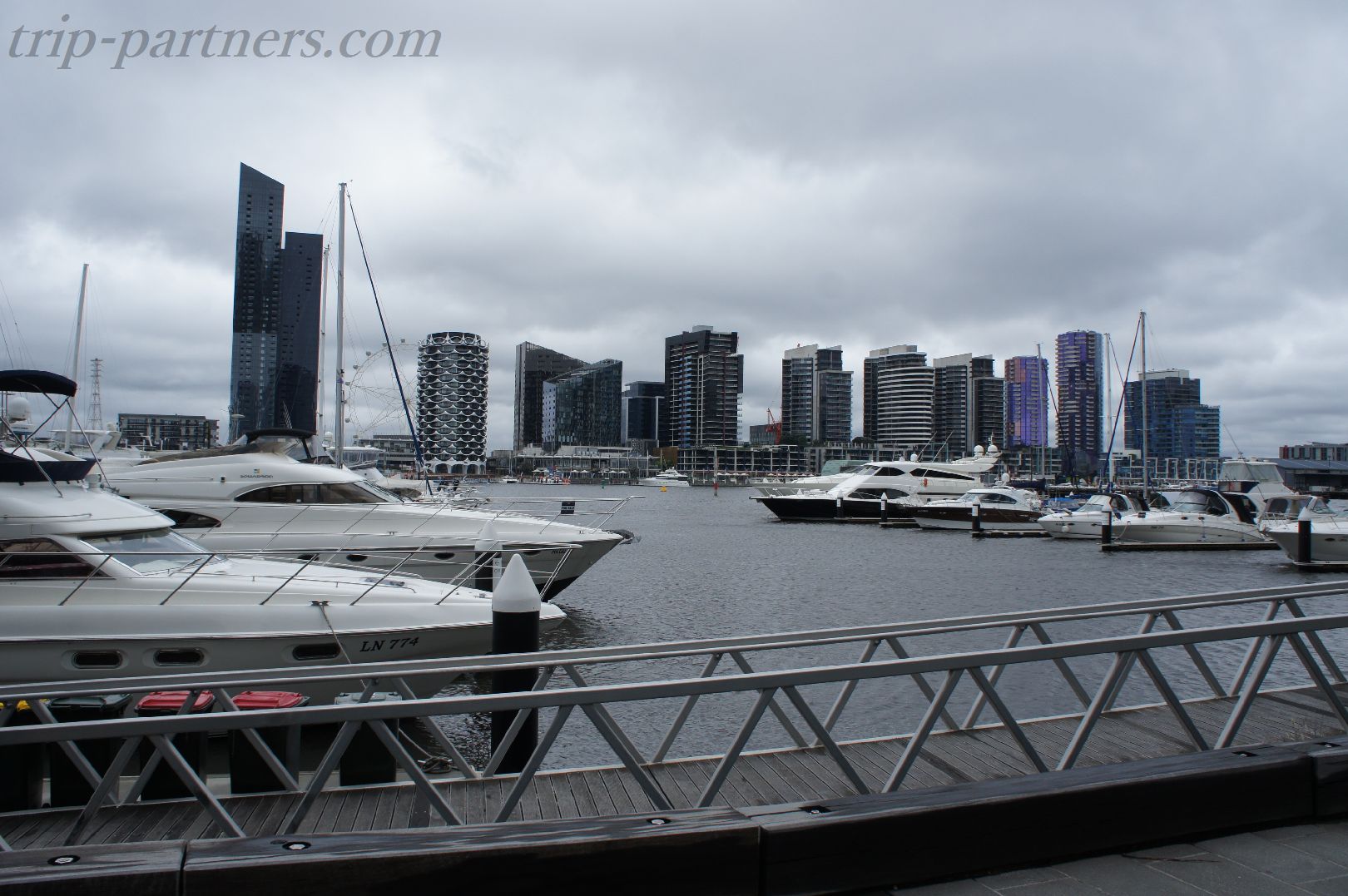 You can see the letters ETIHAD STADIUM in the distance。Actually、The owner of this docklands stadium changes frequently.、2020Since Marvel Entertainment, which is famous for end games, owns、Named Marvel Stadium。Except、Does it still have the name of its last owner, the airline Etihad Airways?。

Since the name changes like this, it seems that the Docklands Stadium has become a general name。 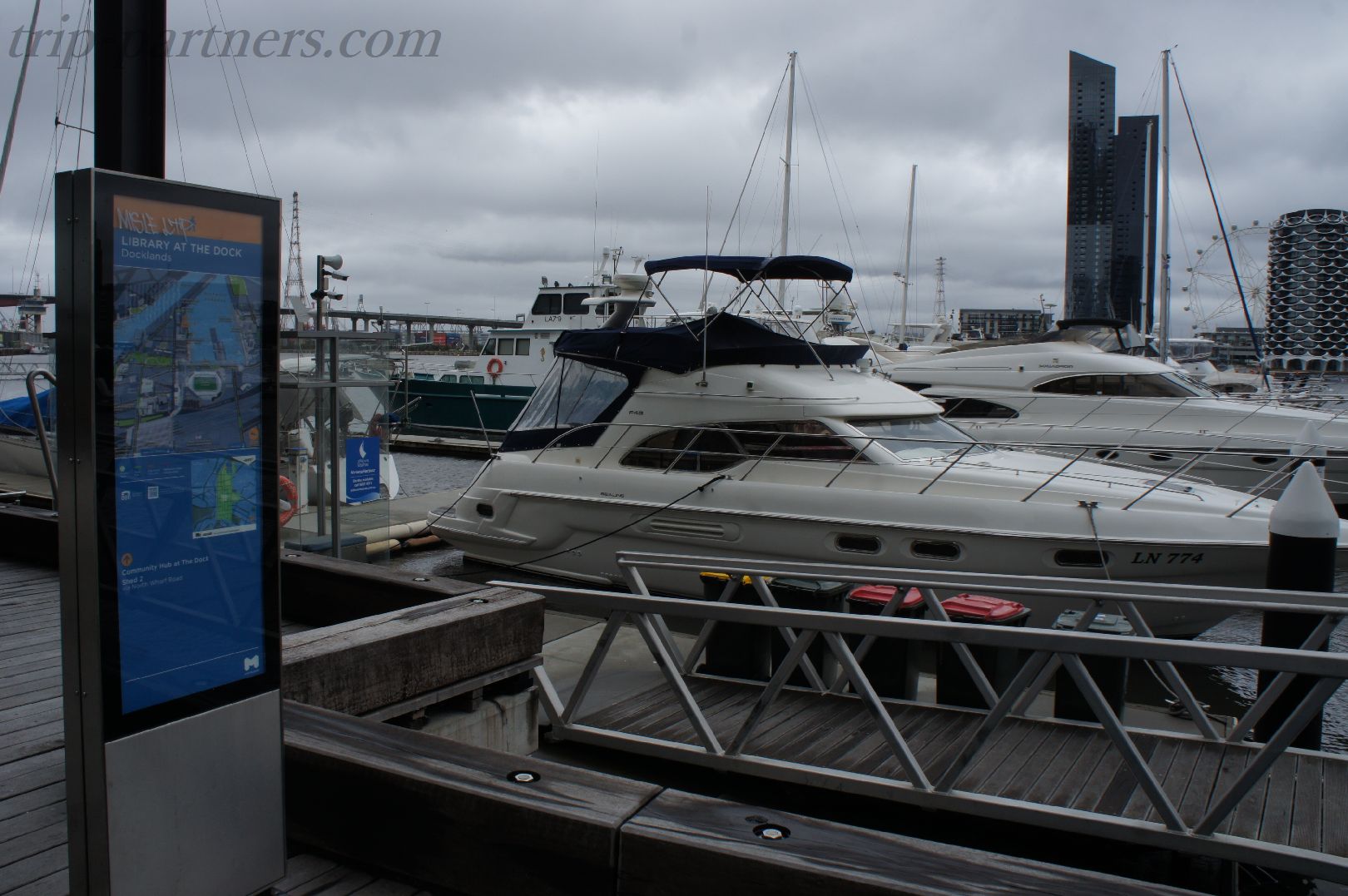 Is it a boat platform?。

There is a building that stands out。It's a break, so I'll try。

Docklands Library (Library at The Dock) 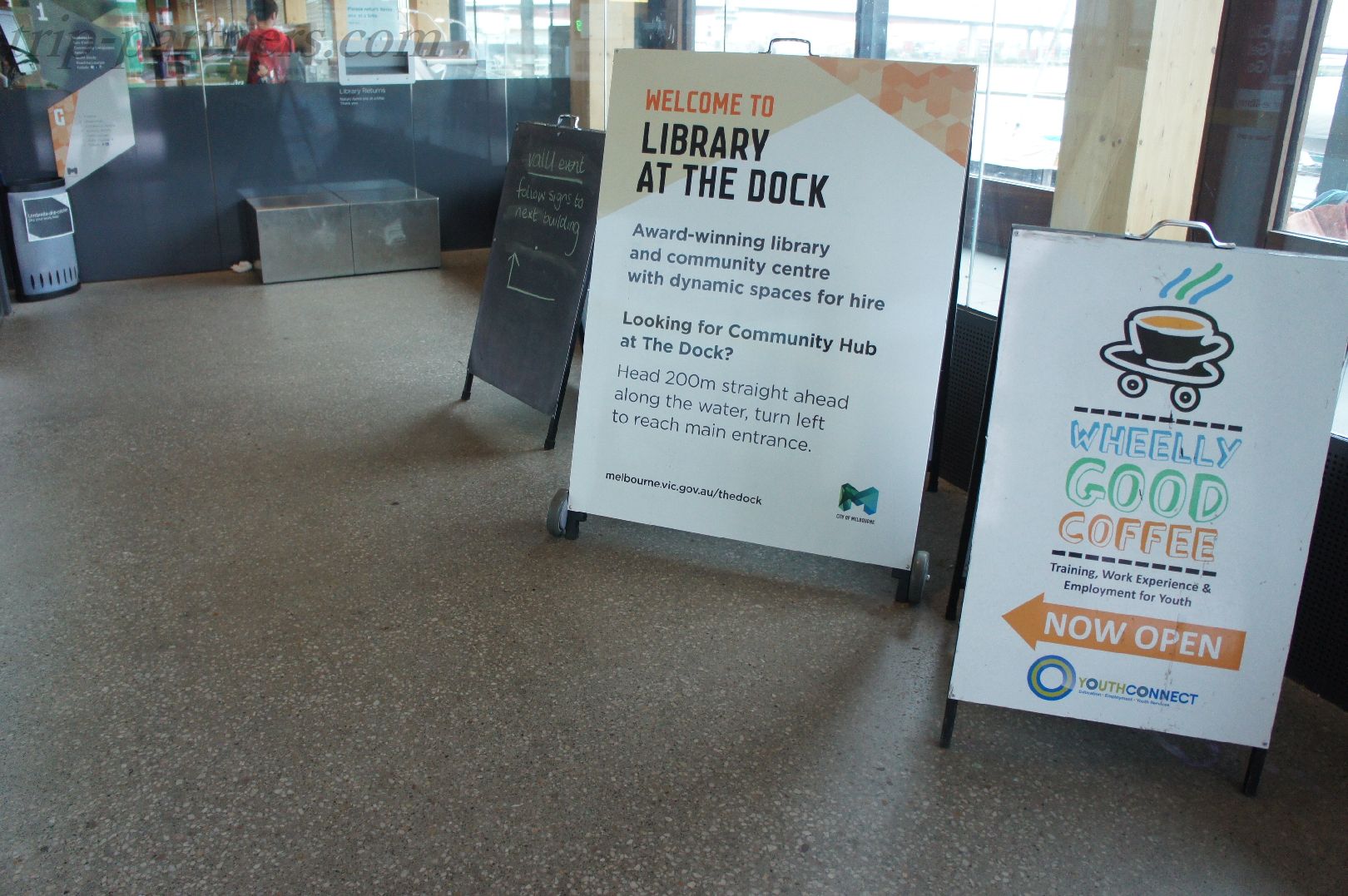 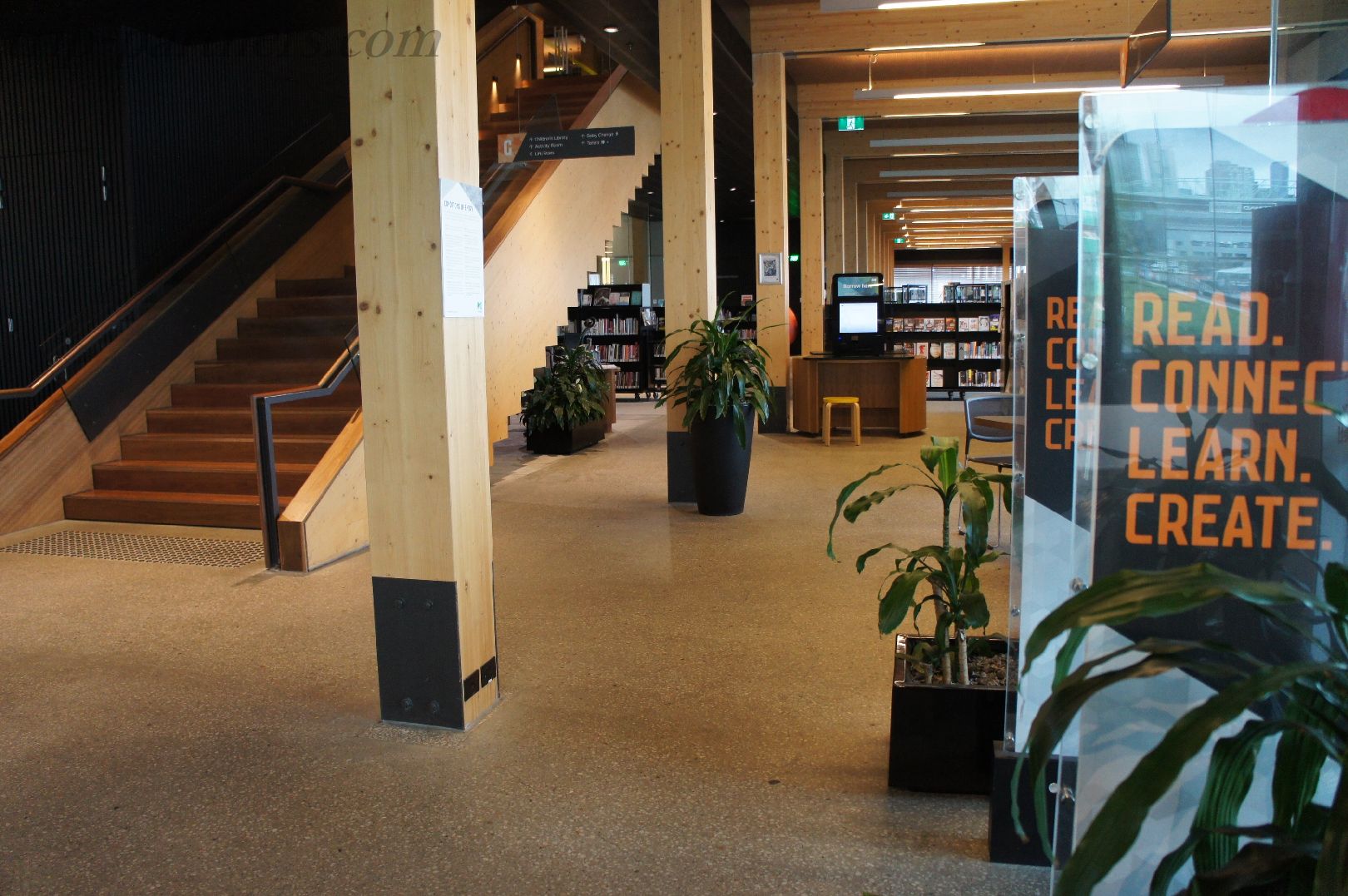 Image of a modern library。It's fashionable 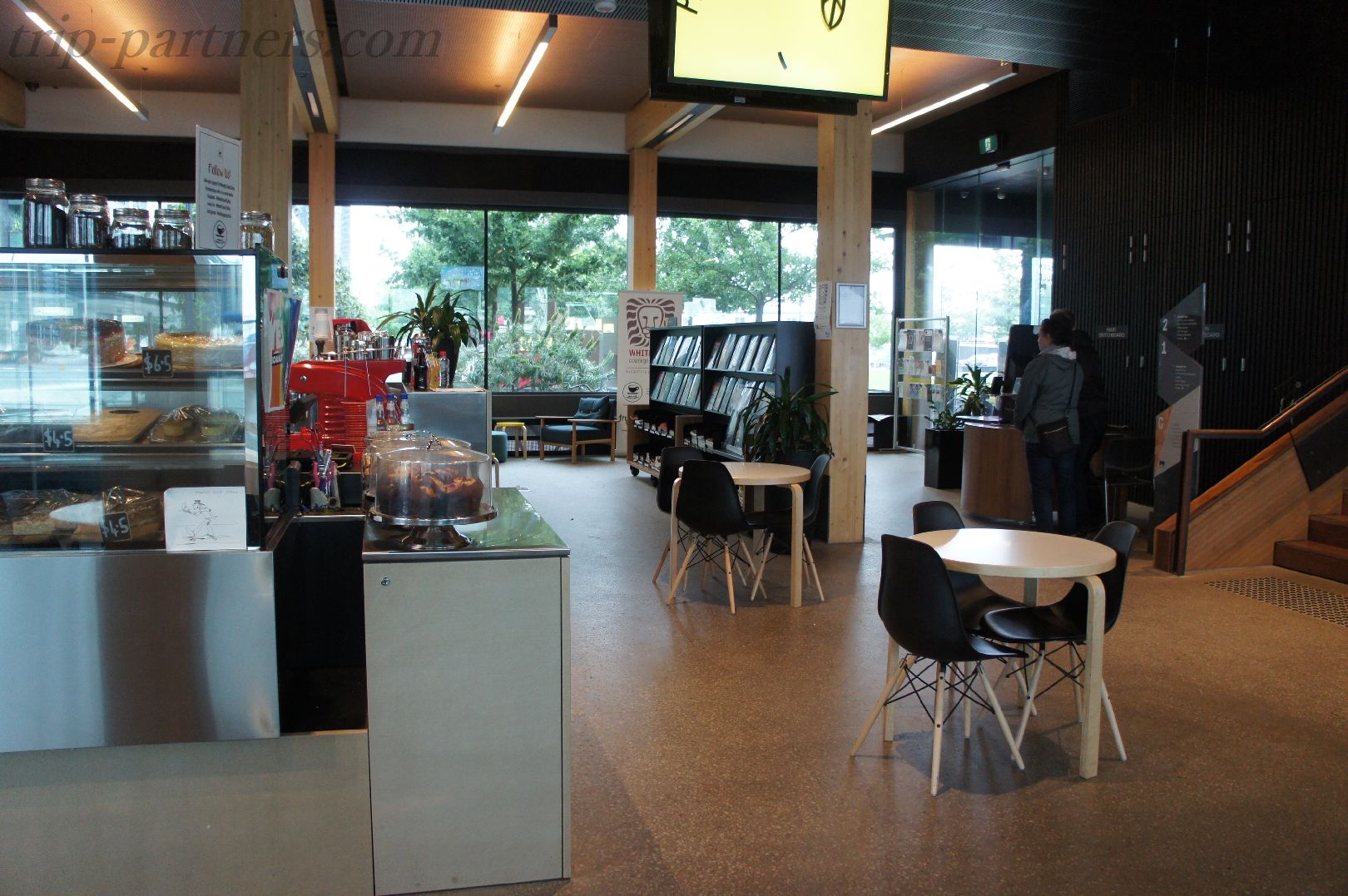 There is a cafe inside and it seems that you can use it while having a light meal.。In Japan, eating and drinking is prohibited in the basic library, so this is a fresh idea.。 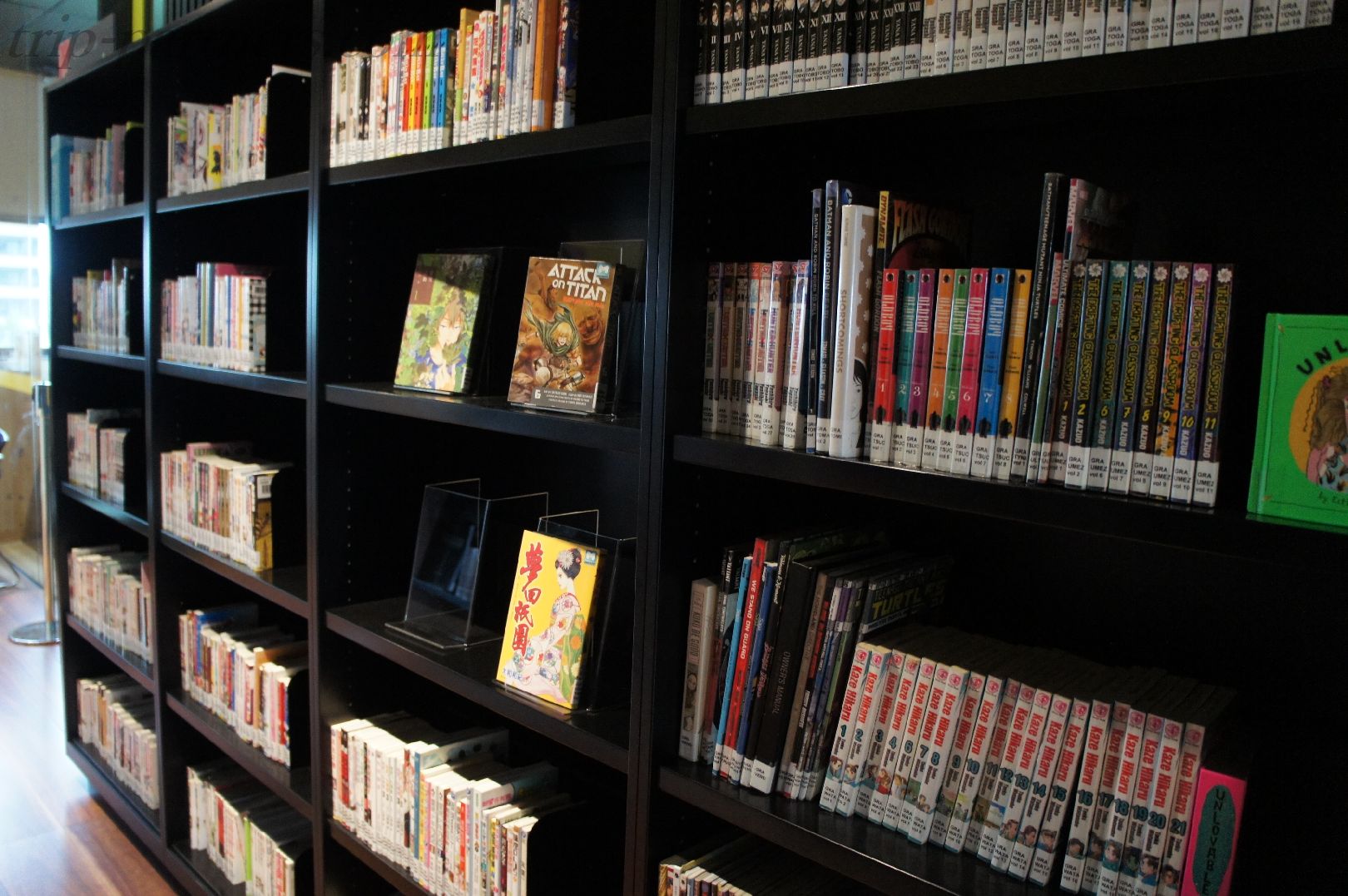 There were also comics and audio。And even Japanese ones... 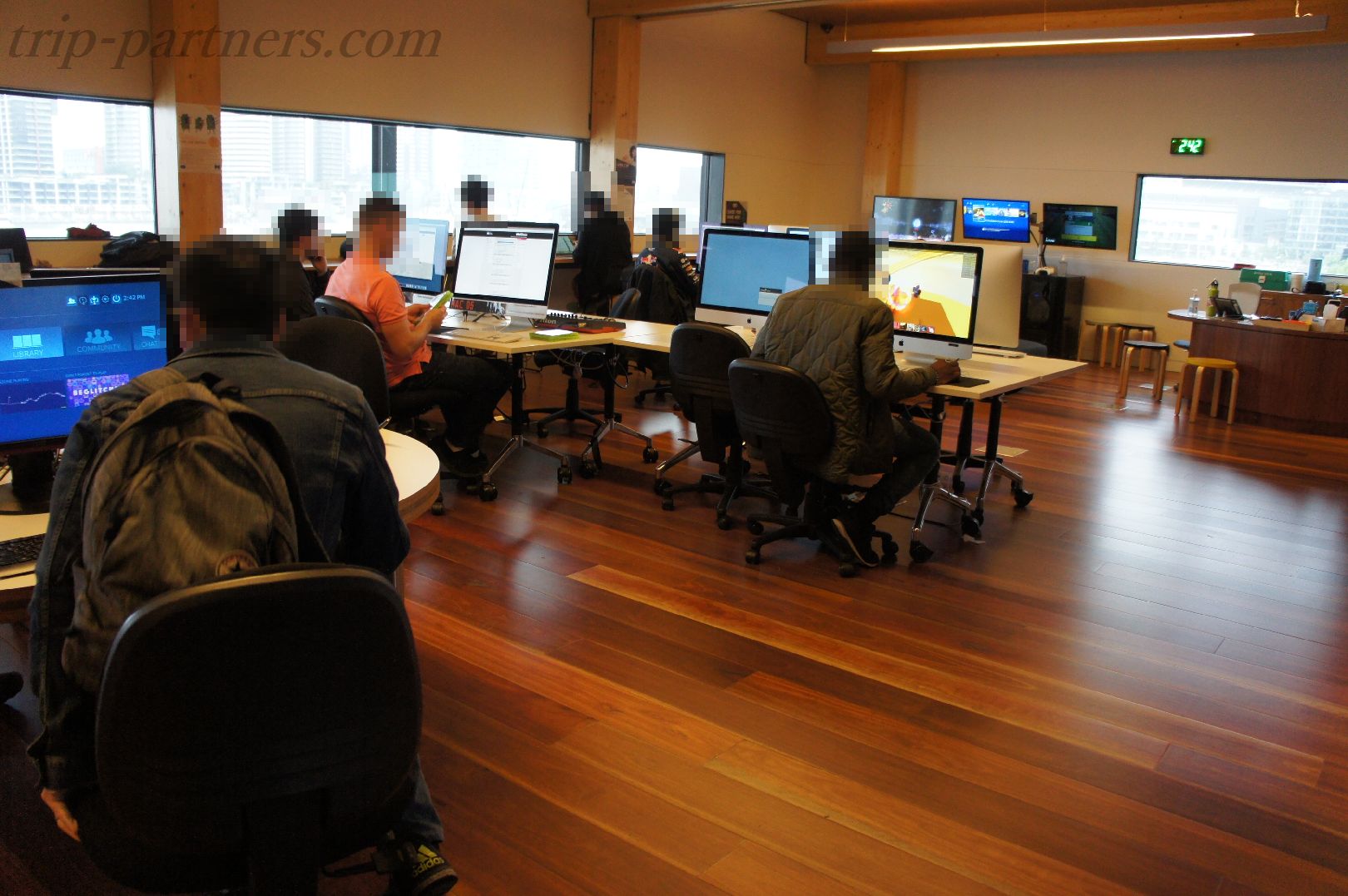 This is a working space。I learned later、This library is very popular with freelance workers called Nomad.。Looking at this landscape, it feels like an IT venture company.。 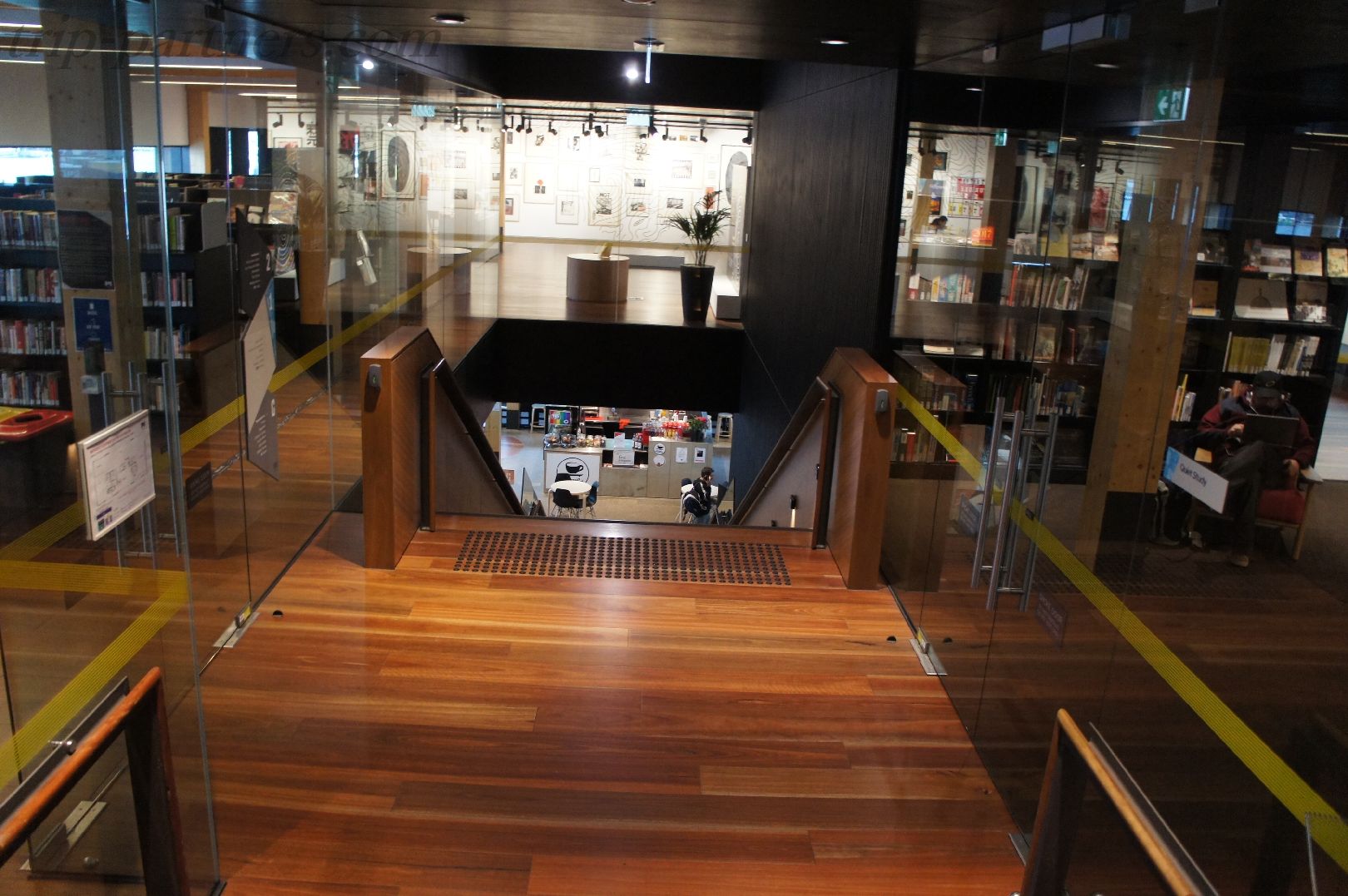 It's also nice to have one side covered with glass.。Shall we go out now?。 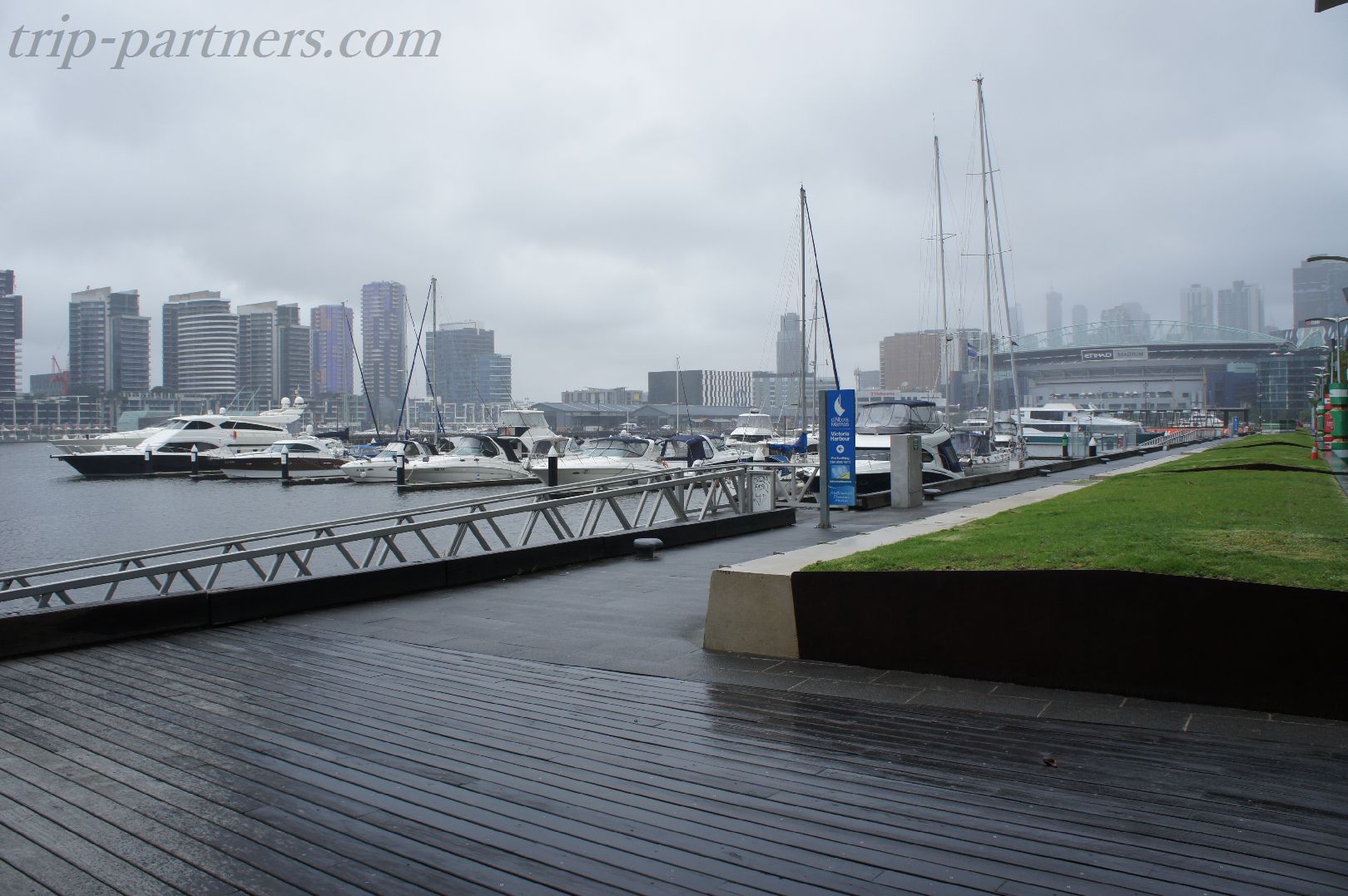 When I go outside, it rains... 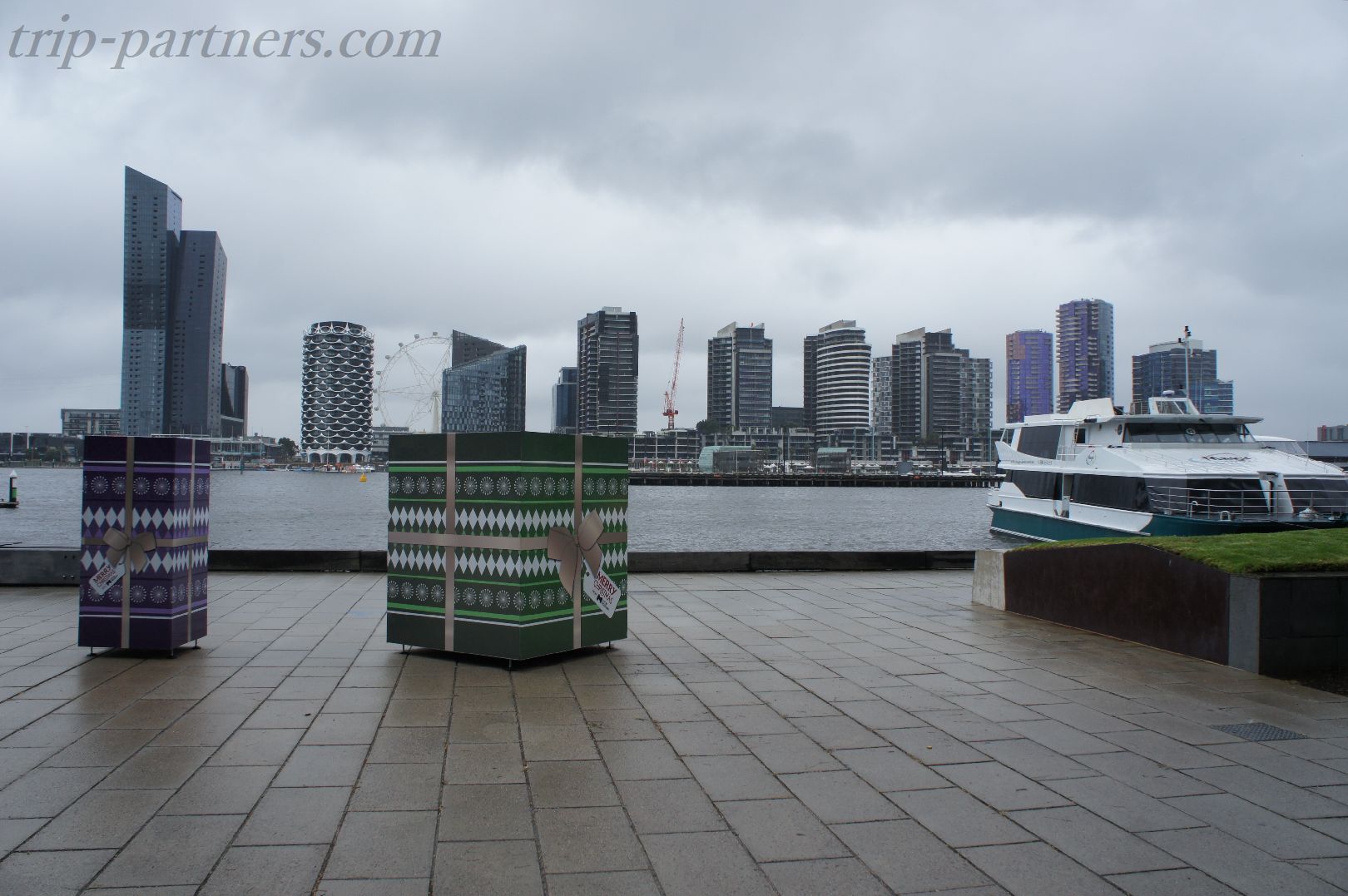 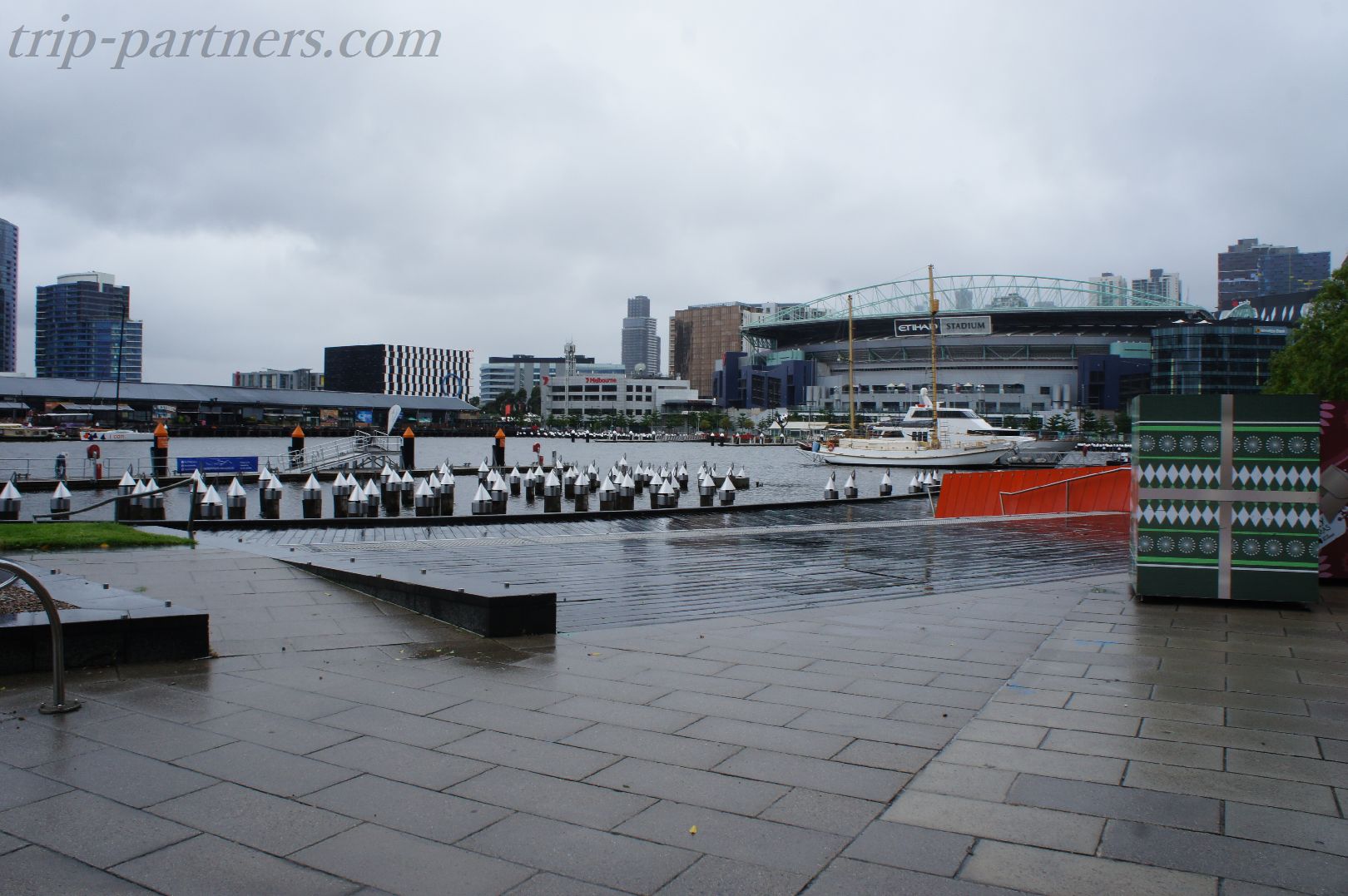 Now、It's getting more rainy so let's hurry to the stadium。 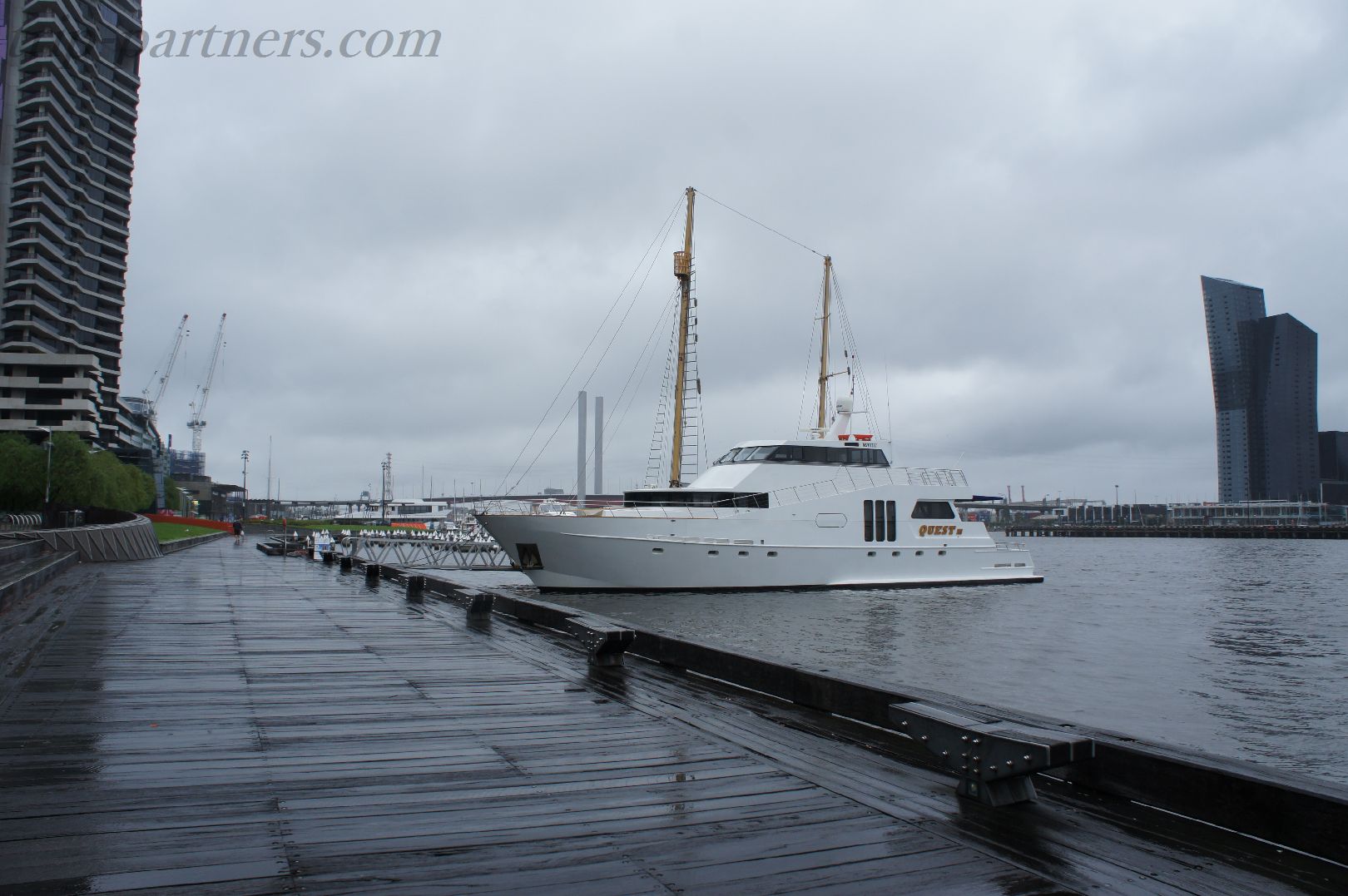 Next time to Eureka Tower along the Yarra River。