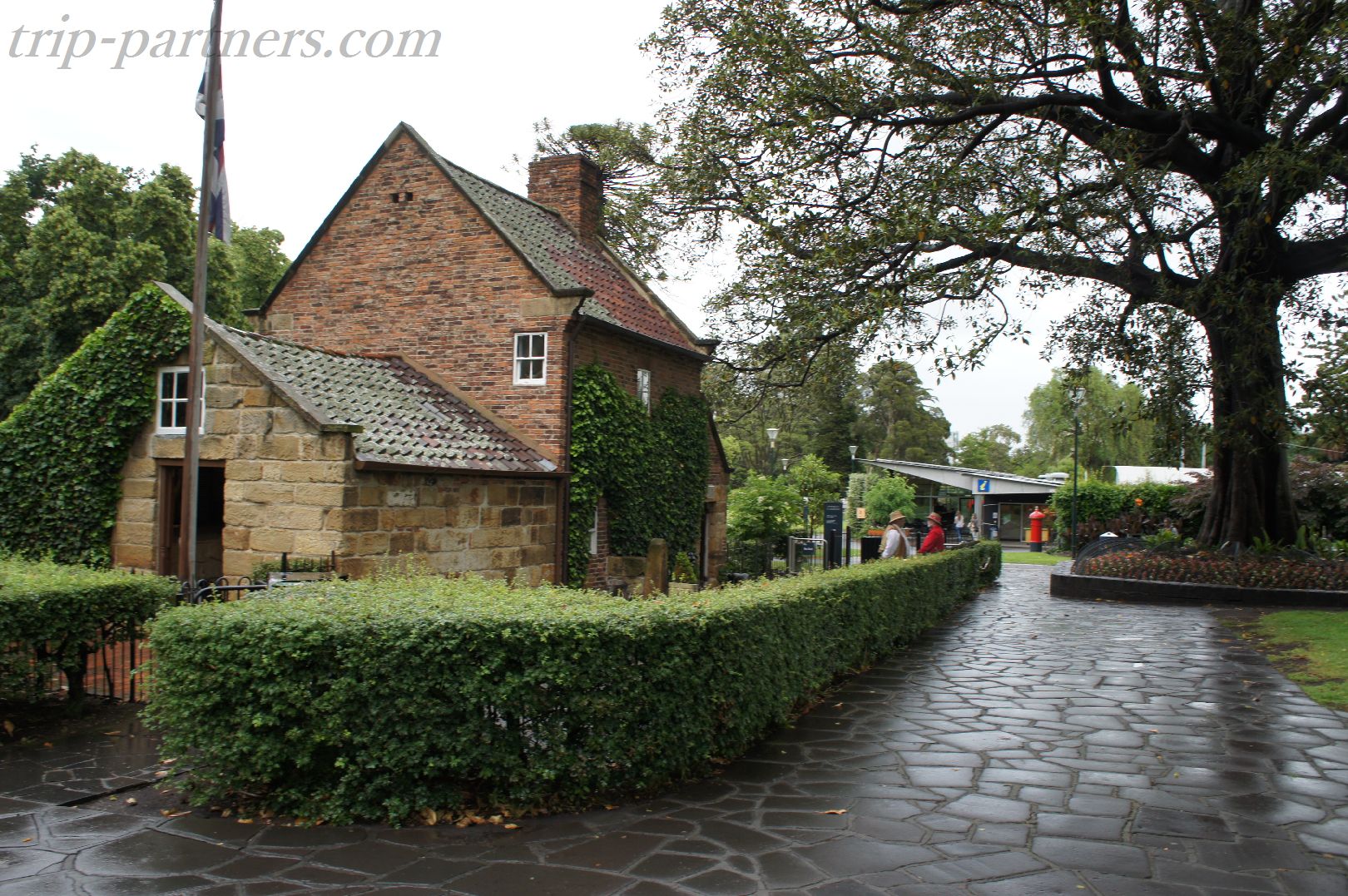 Fitzroy Gardens, just off the Melbourne Cricket Ground。I don't see many large parks in central Tokyo free of charge、There are quite a lot overseas 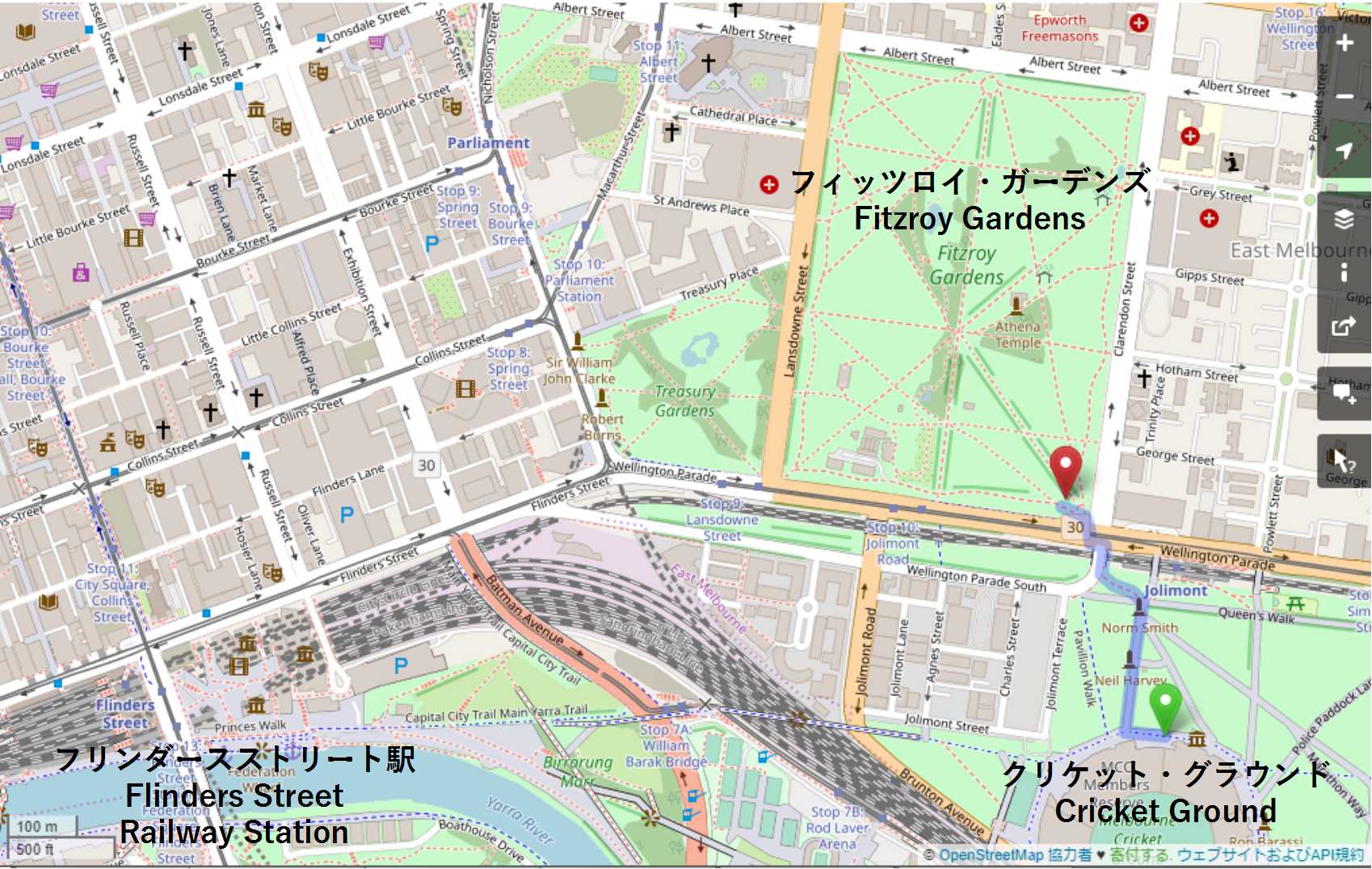 It's not enough to put the map, but just in case。As you can see on the map, Fitzroy Gardens has a way in the shape of the British flag。

Even so, it's amazing that a park of this size is so close to Melbourne's main station, Flinders Street Station!

From Cricket Ground to Fitzroy Gardens 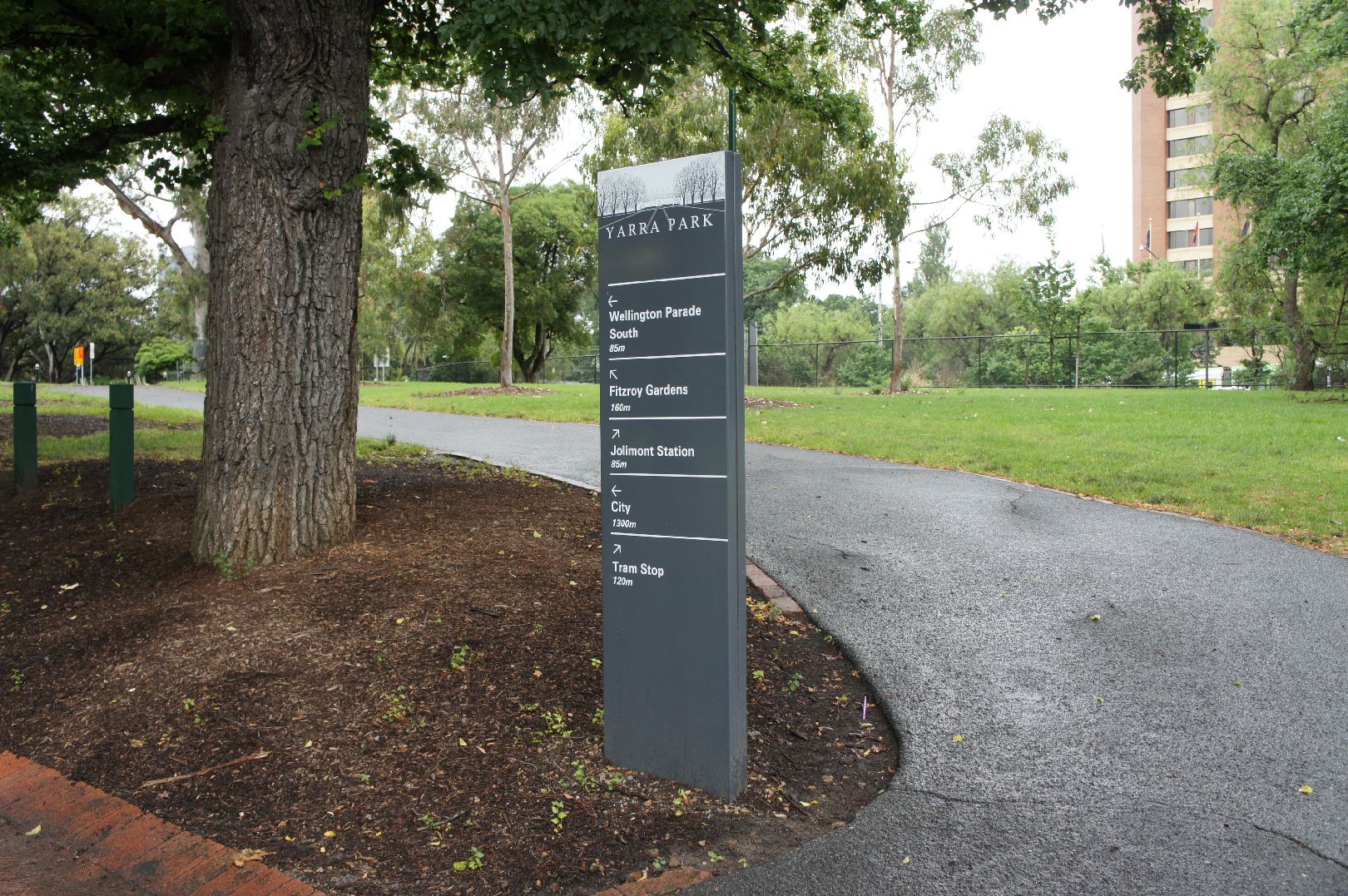 The signboard at YARRA PARK, where the cricket ground is located, is sick and the name "Fitzroy Gardens"。Just go in the direction of the arrow。 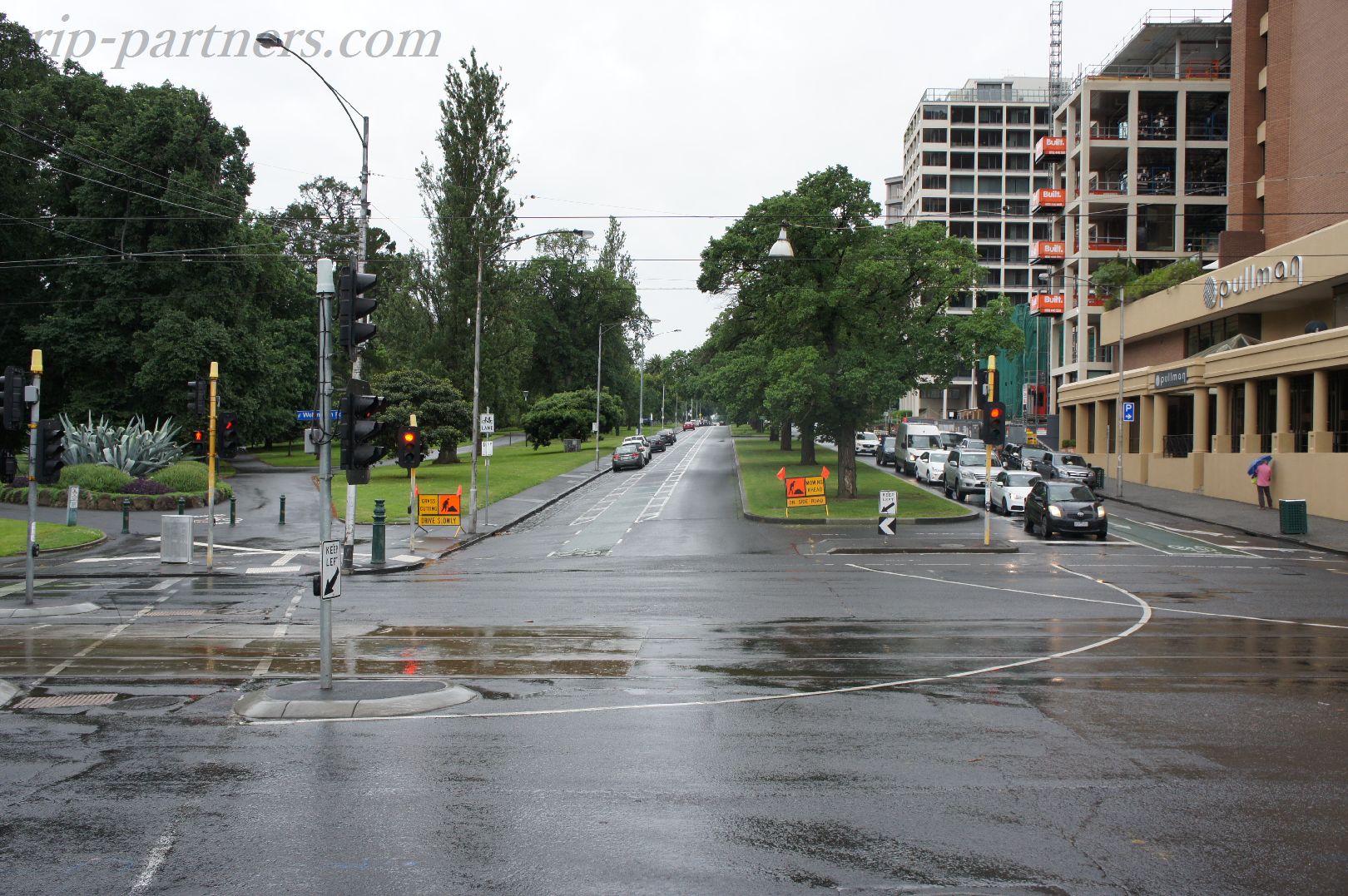 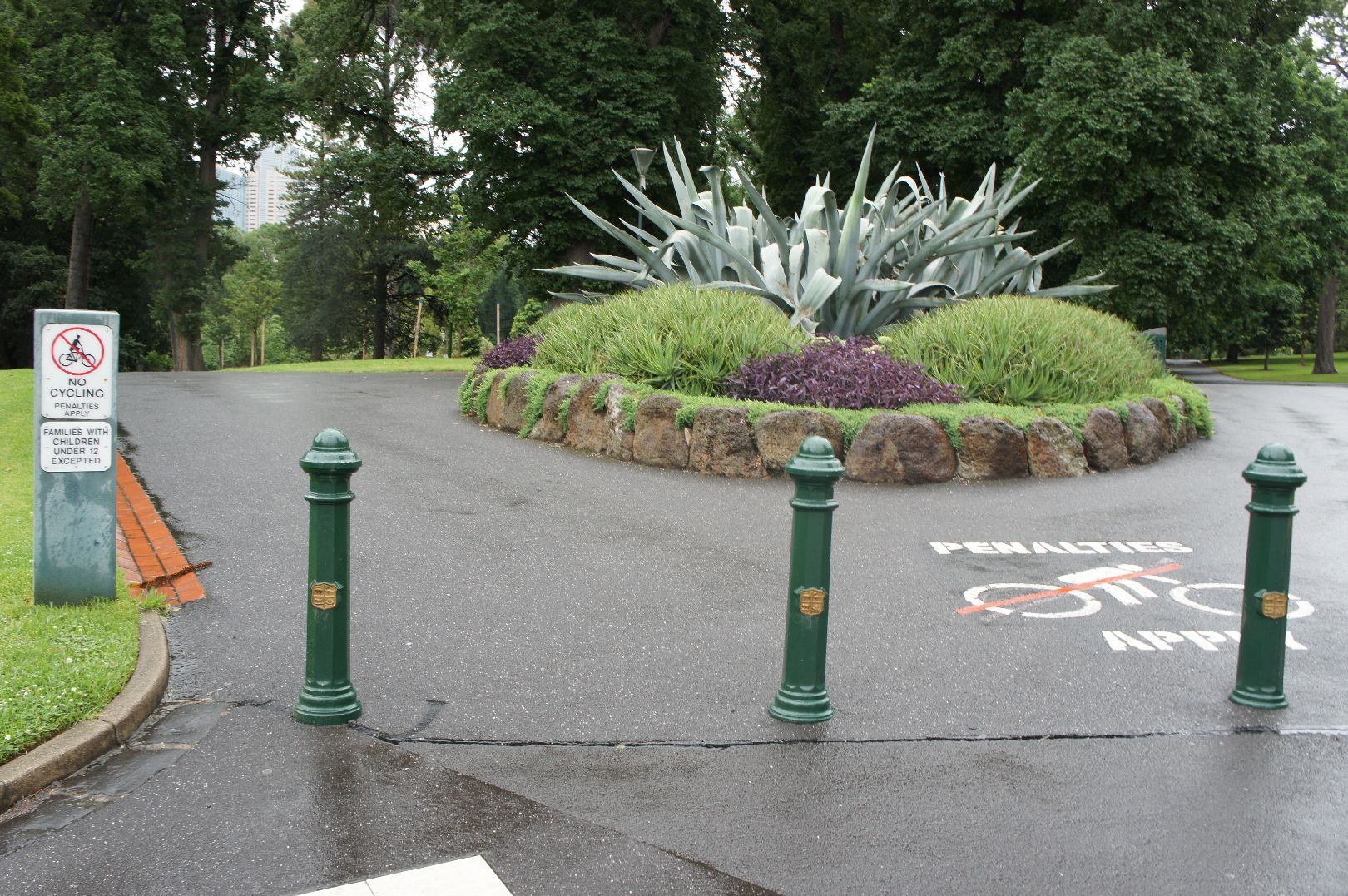 Bicycling is not allowed in Fitzroy Gardens。Beware of those who visit bicycle rental。Melbourne has a free tram running、There's no need to do a bicycle rental, so just walk! 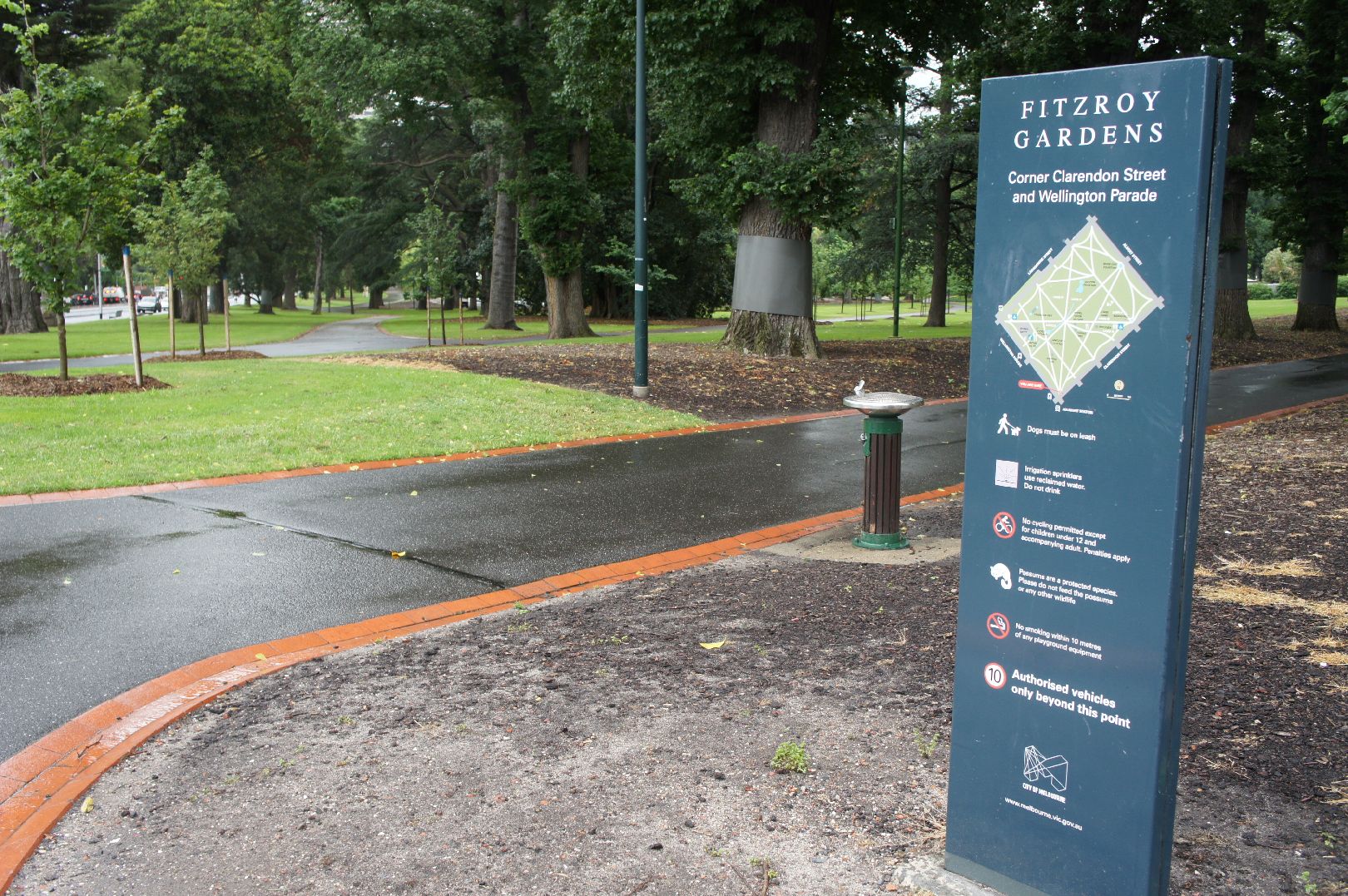 There is a signboard right at the entrance。First, visit the visitor center。 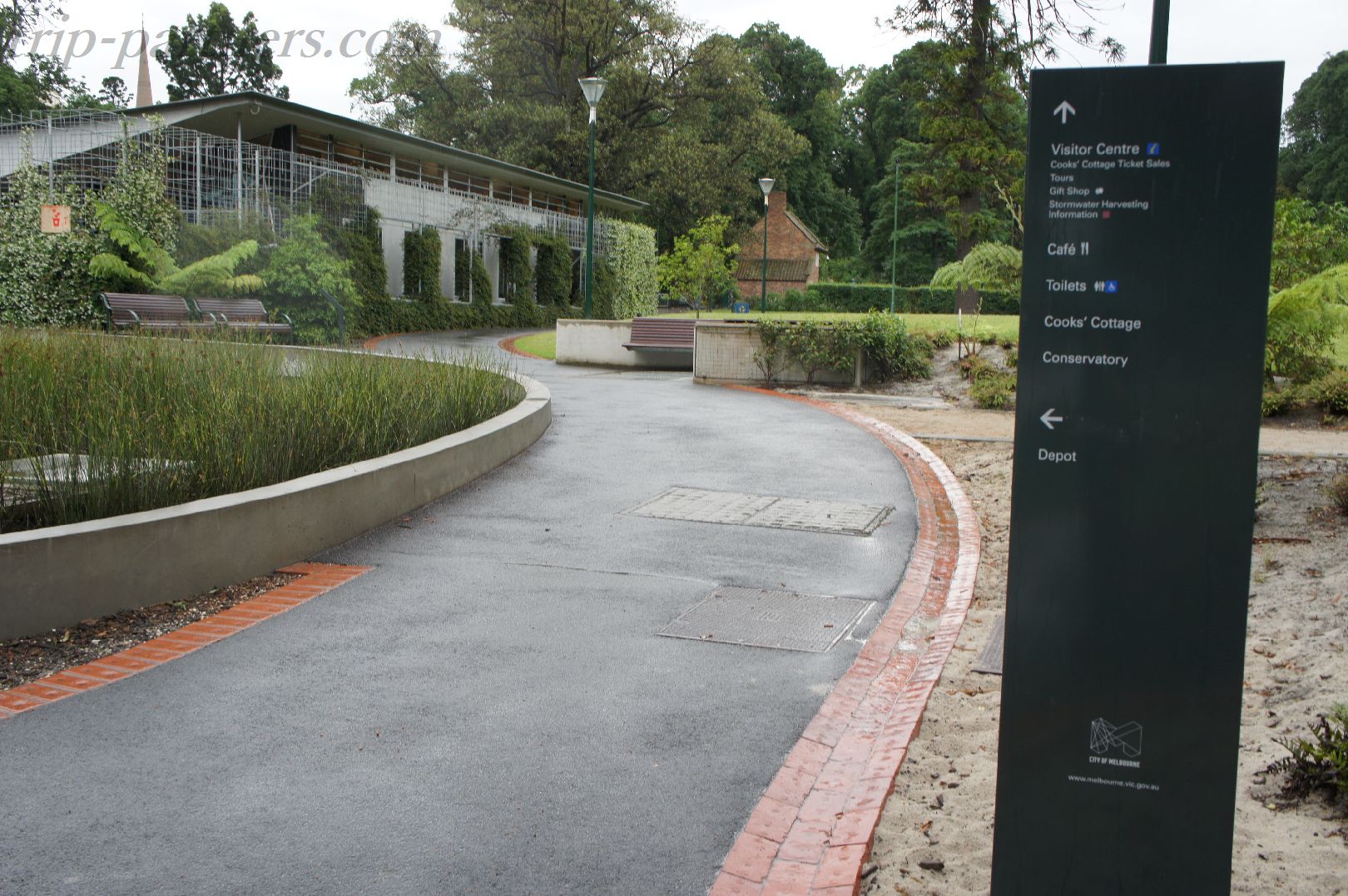 Yes Yes。Melbourne is the same as Sydney, so you don't have to worry about toilets in the city。In the city, you can use the toilet for free in the shopping center、It's also in such a park。I really want Europe to emulate such a place。 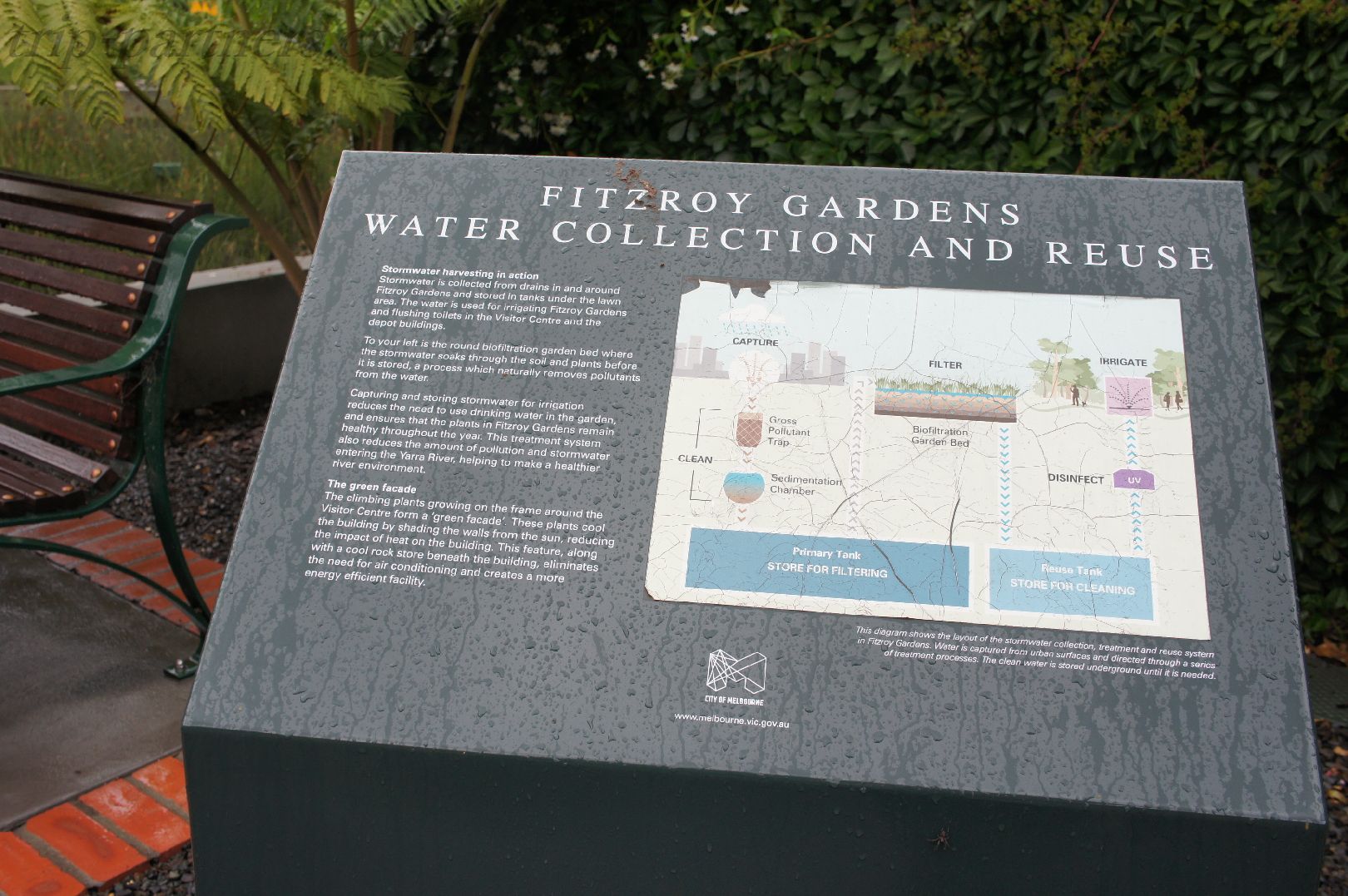 There was also a cricket ground, but Melbourne has many water recycling facilities。I don't see too much garbage on the roadside、As expected, the world's best place to live in!

Around the visitor center 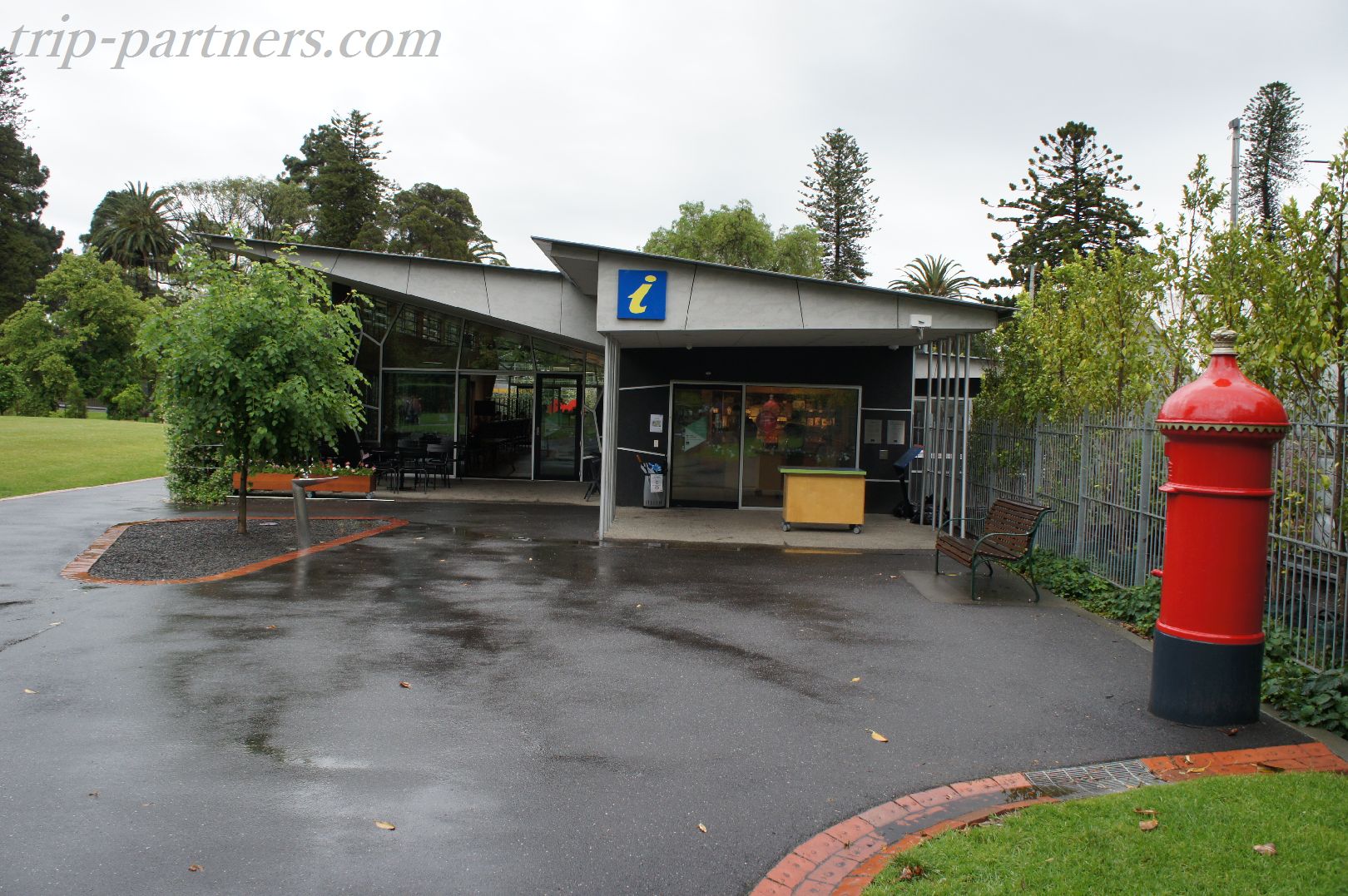 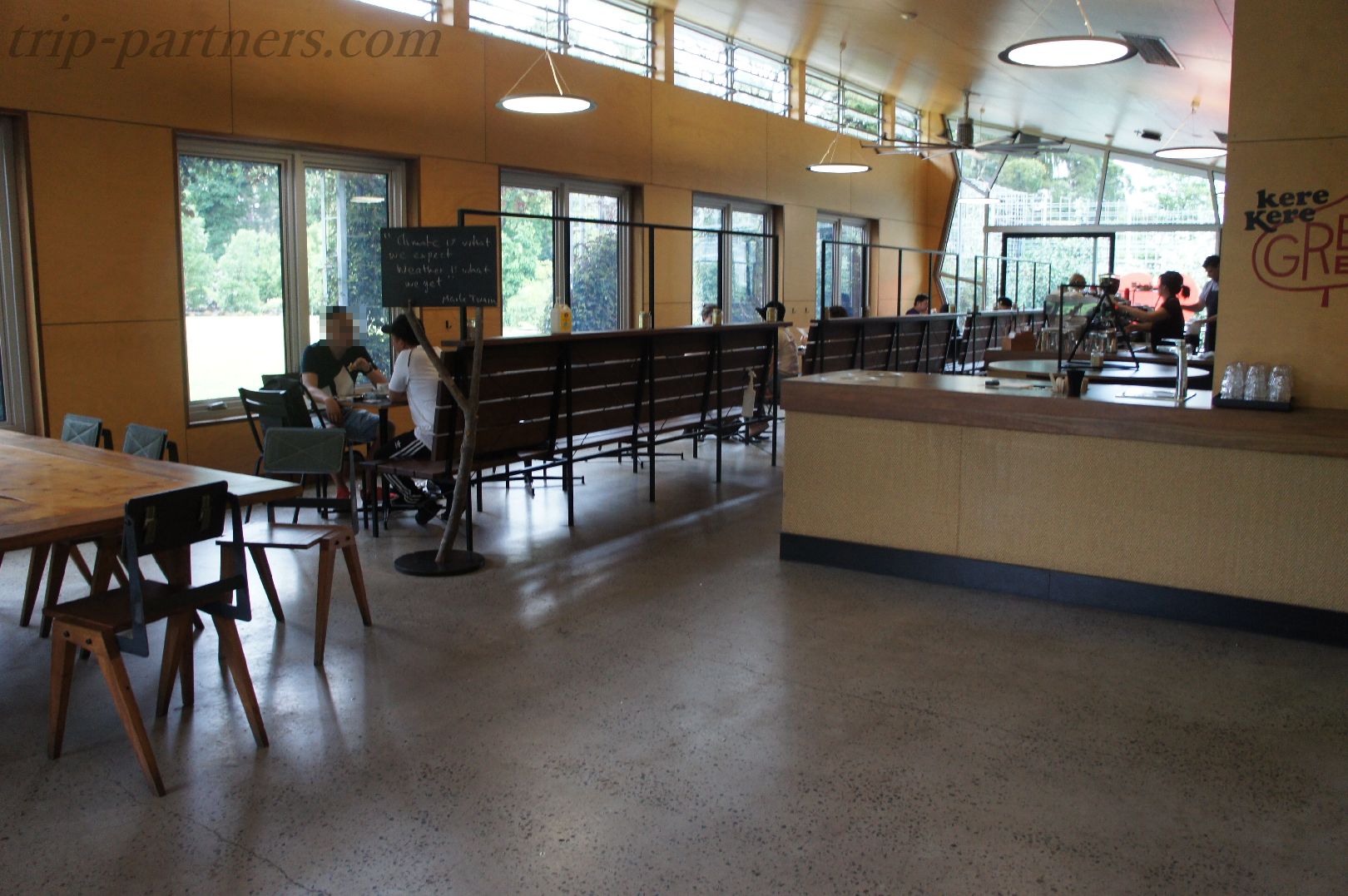 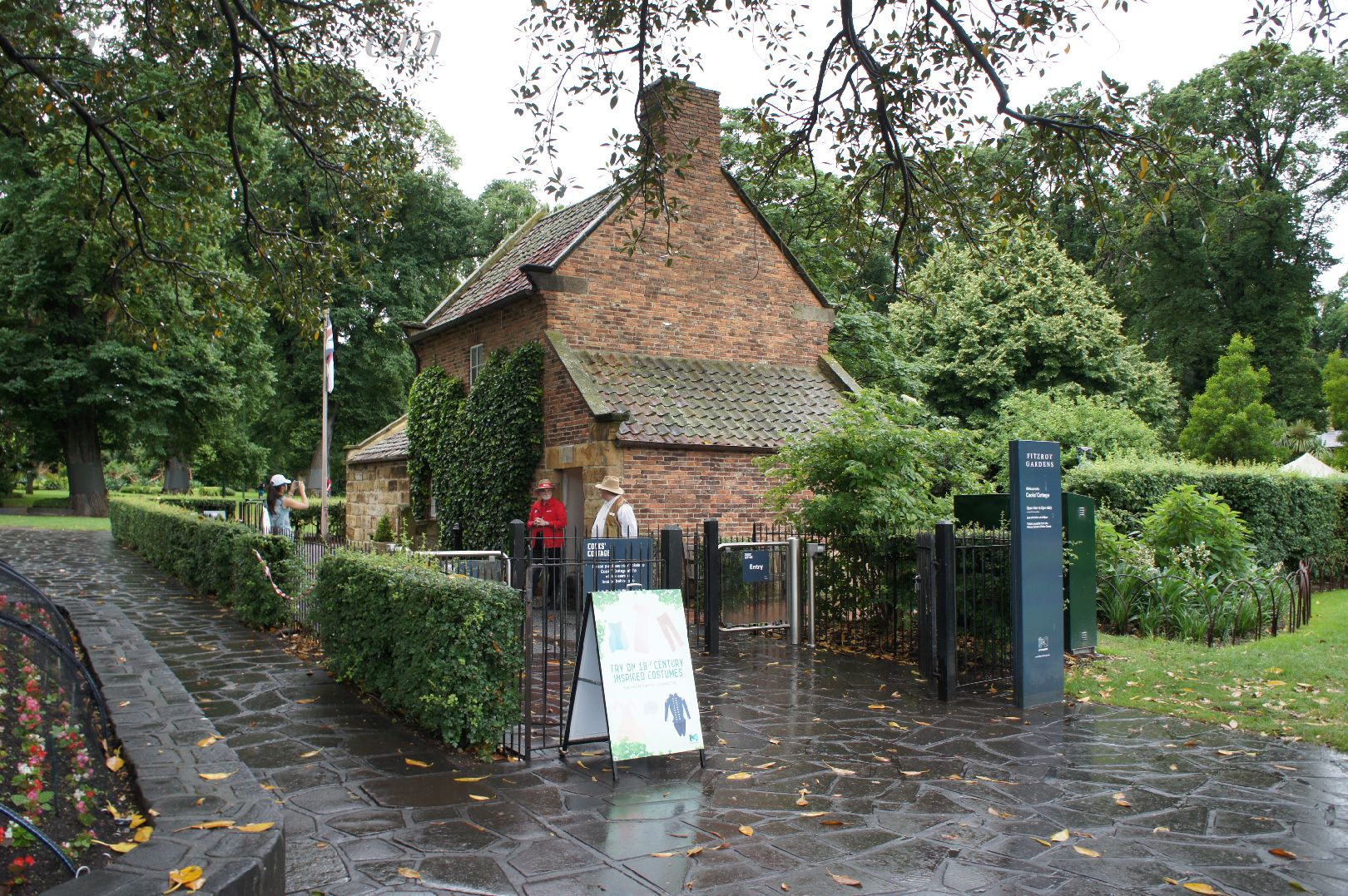 Cook's Cottage right next to the Visitor Center。Many of you may have heard of James Cook, Captain Cook。He、It's a famous navigator who discovered the Hawaiian Islands。

This is the relocation of Captain Cook's birthplace, originally in the UK, to Melbourne.。This time it was raining and I was in a hurry so I did not go inside this time 😥

The distance from the visitor center is like this。Anyway, it's a small house。

Stroll through the Fitzroy Gardens 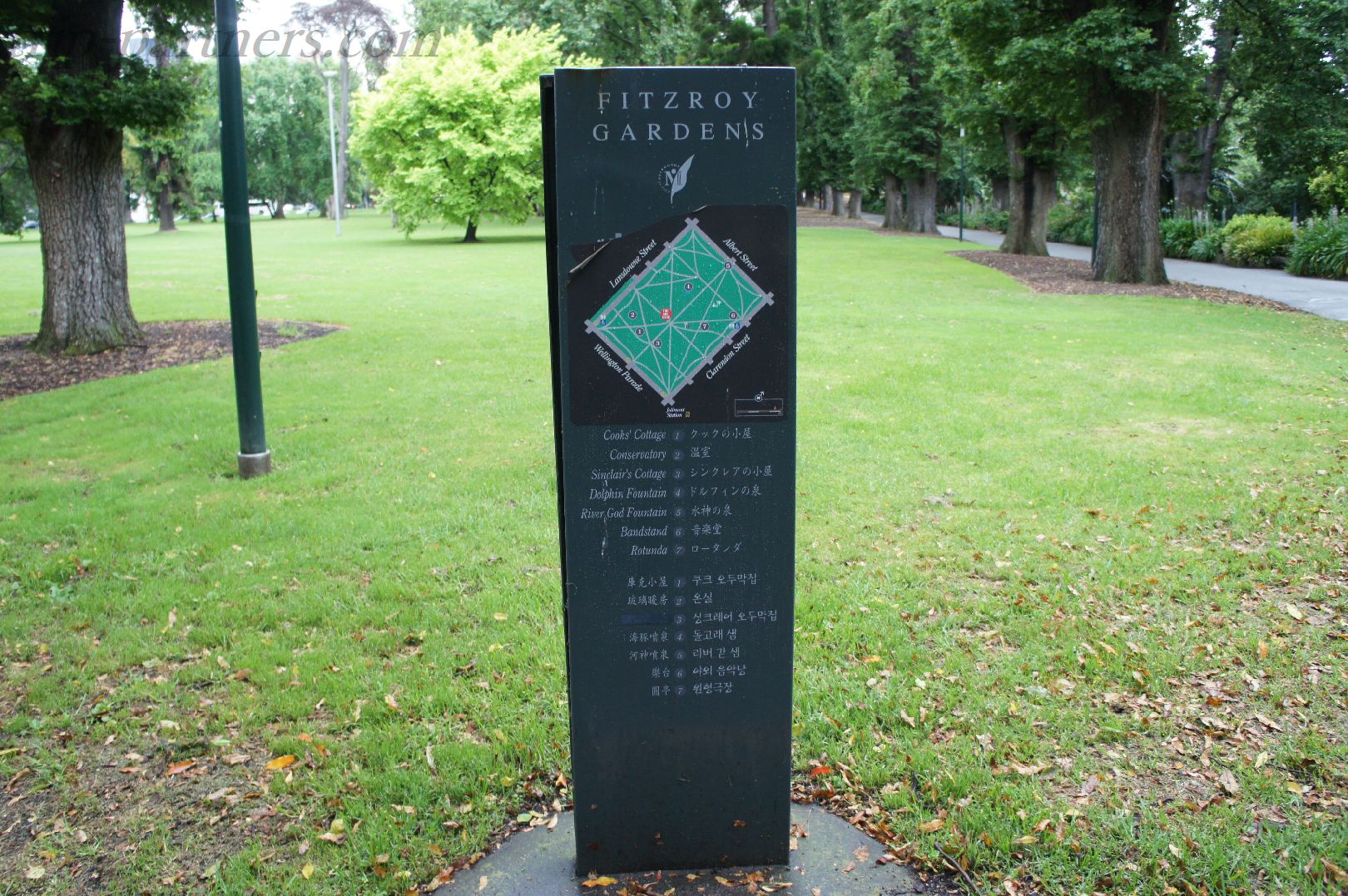 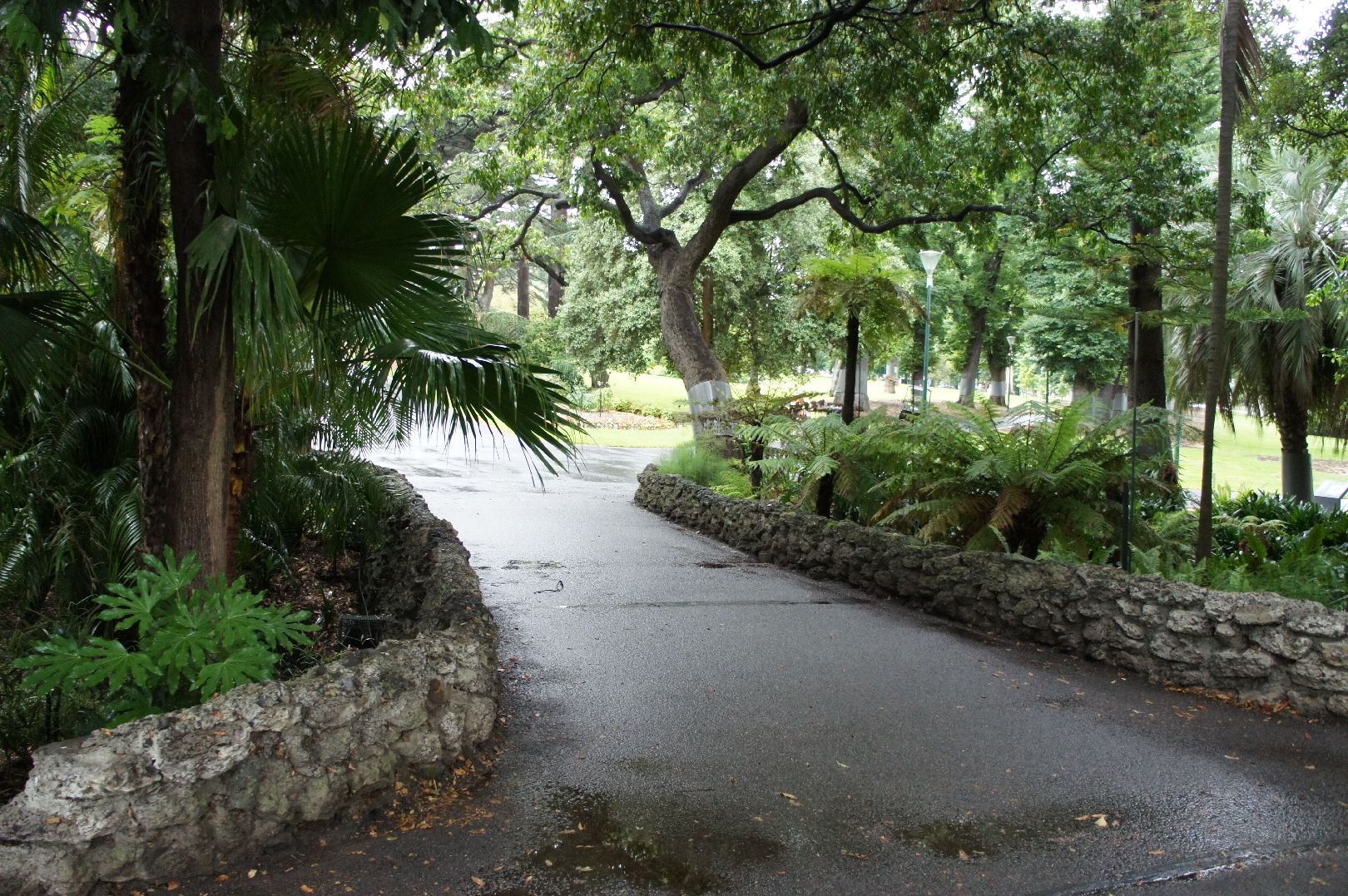 The garden is basically paved。 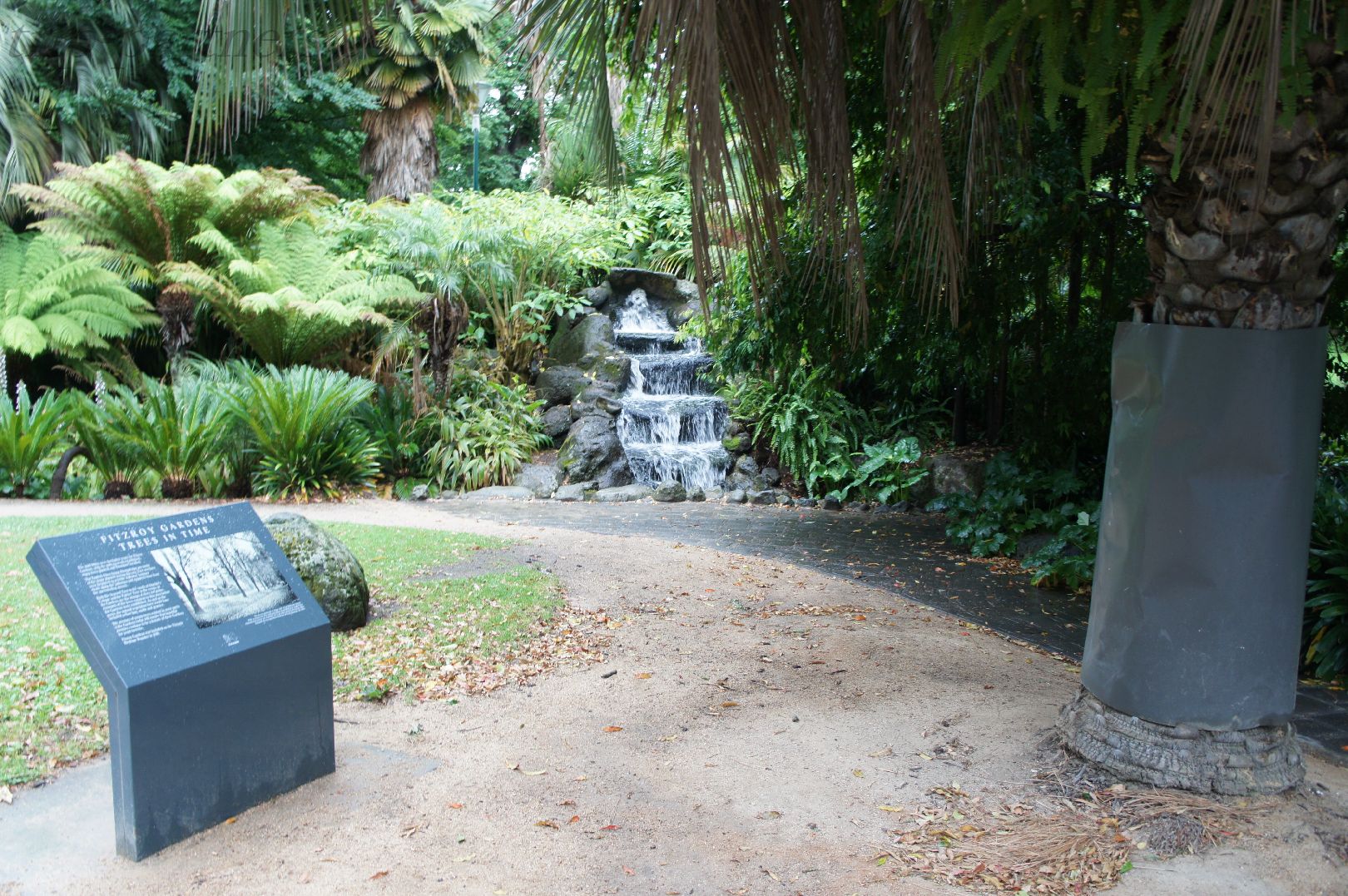 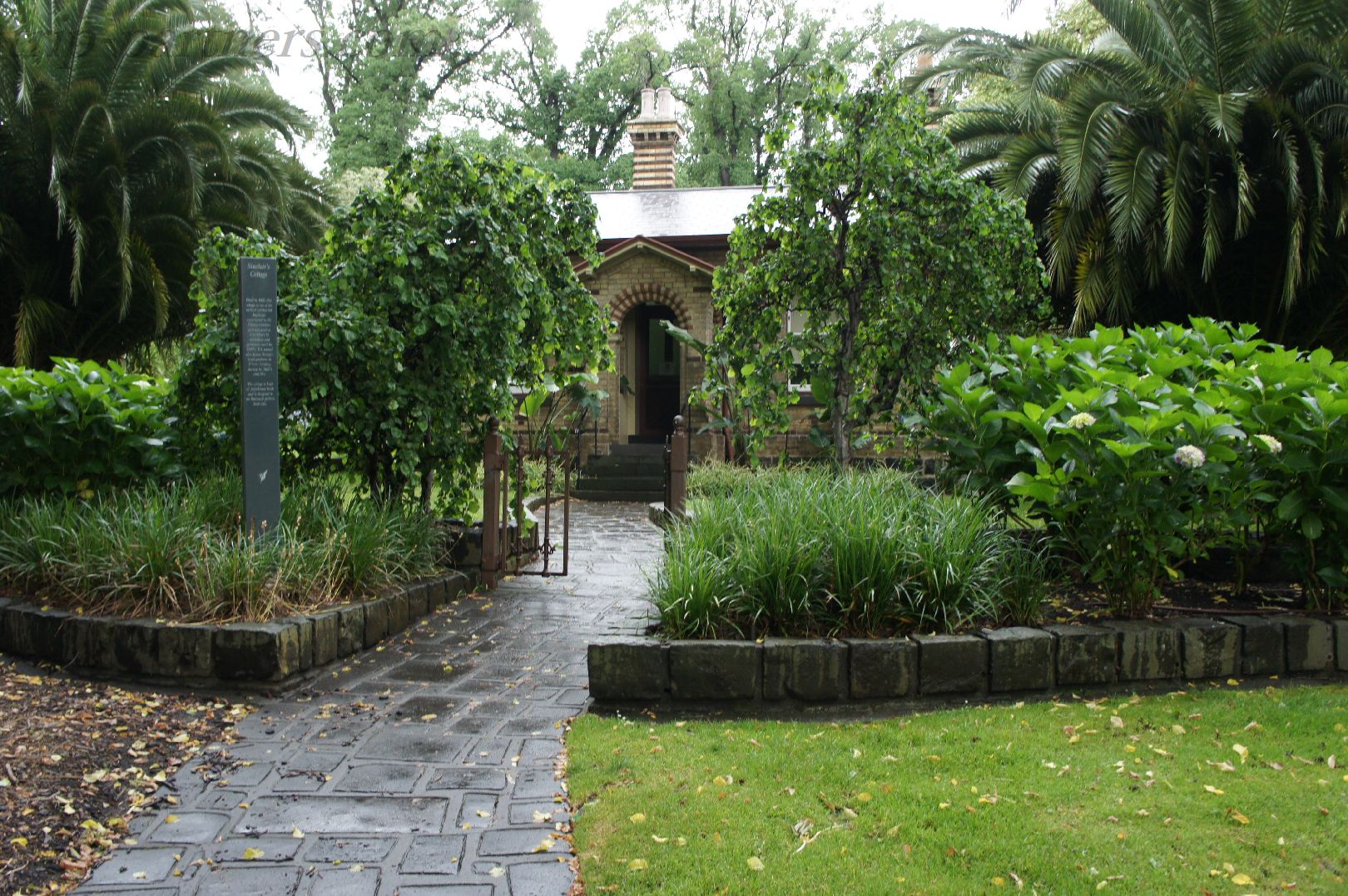 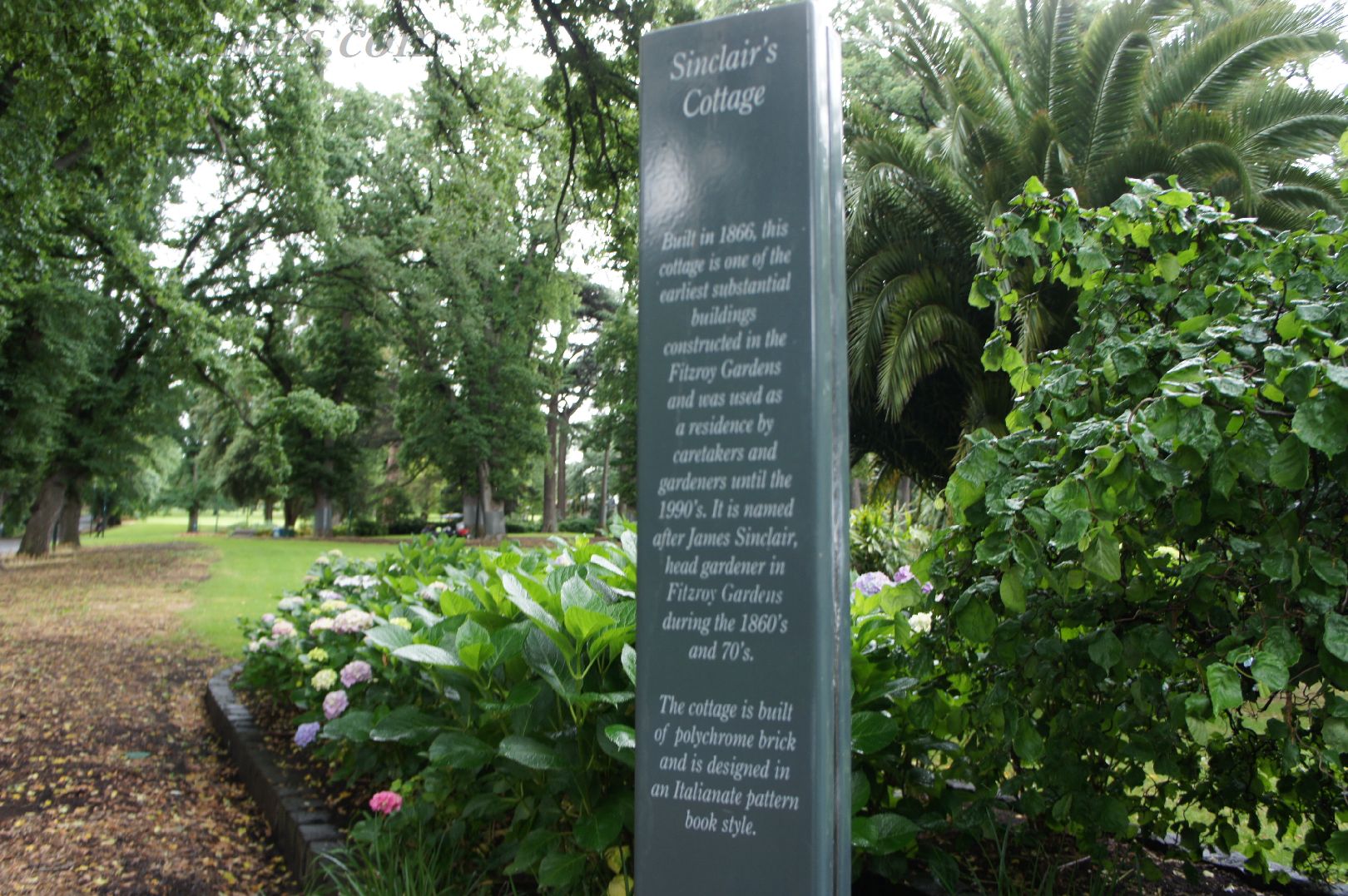 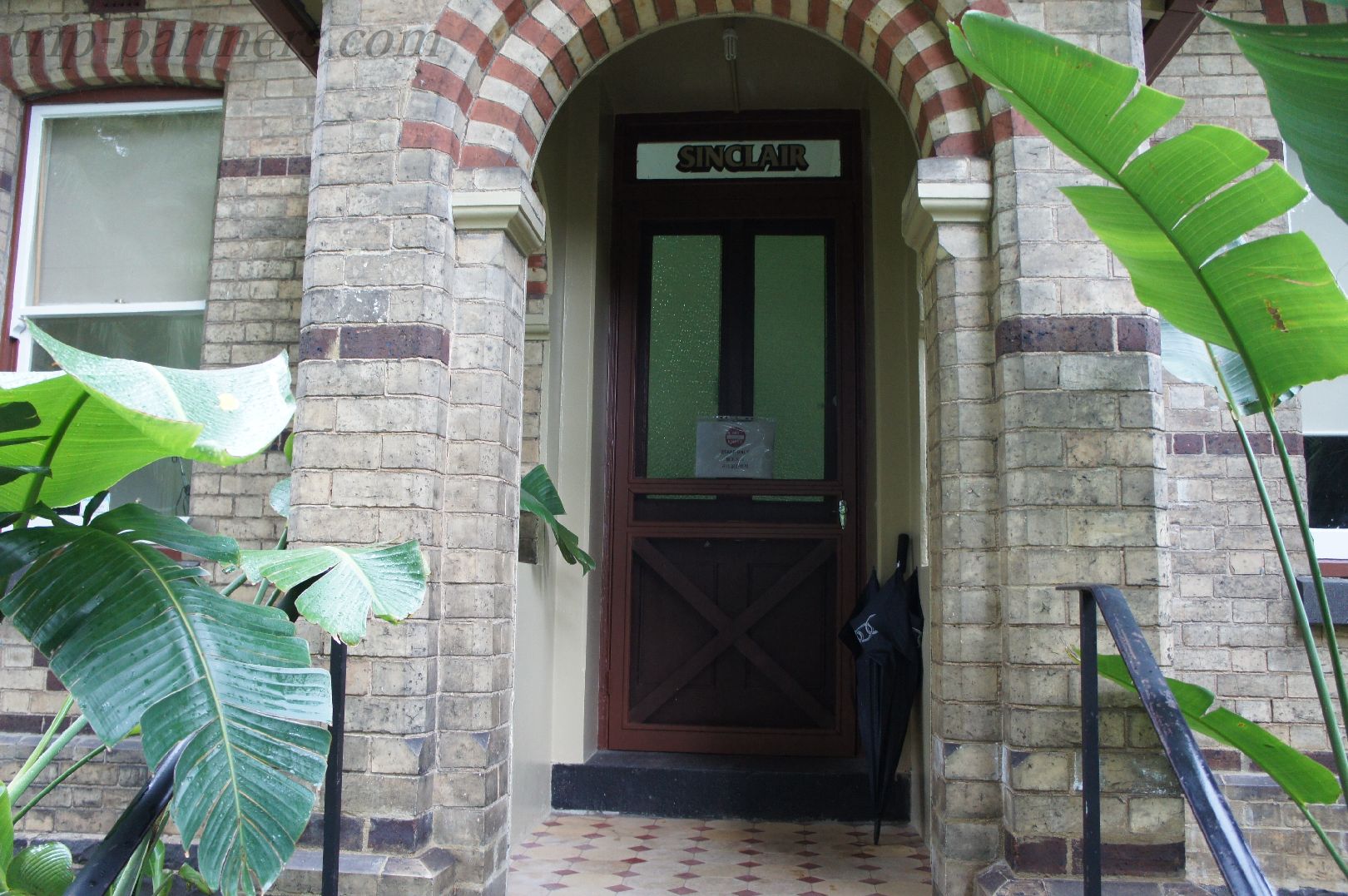 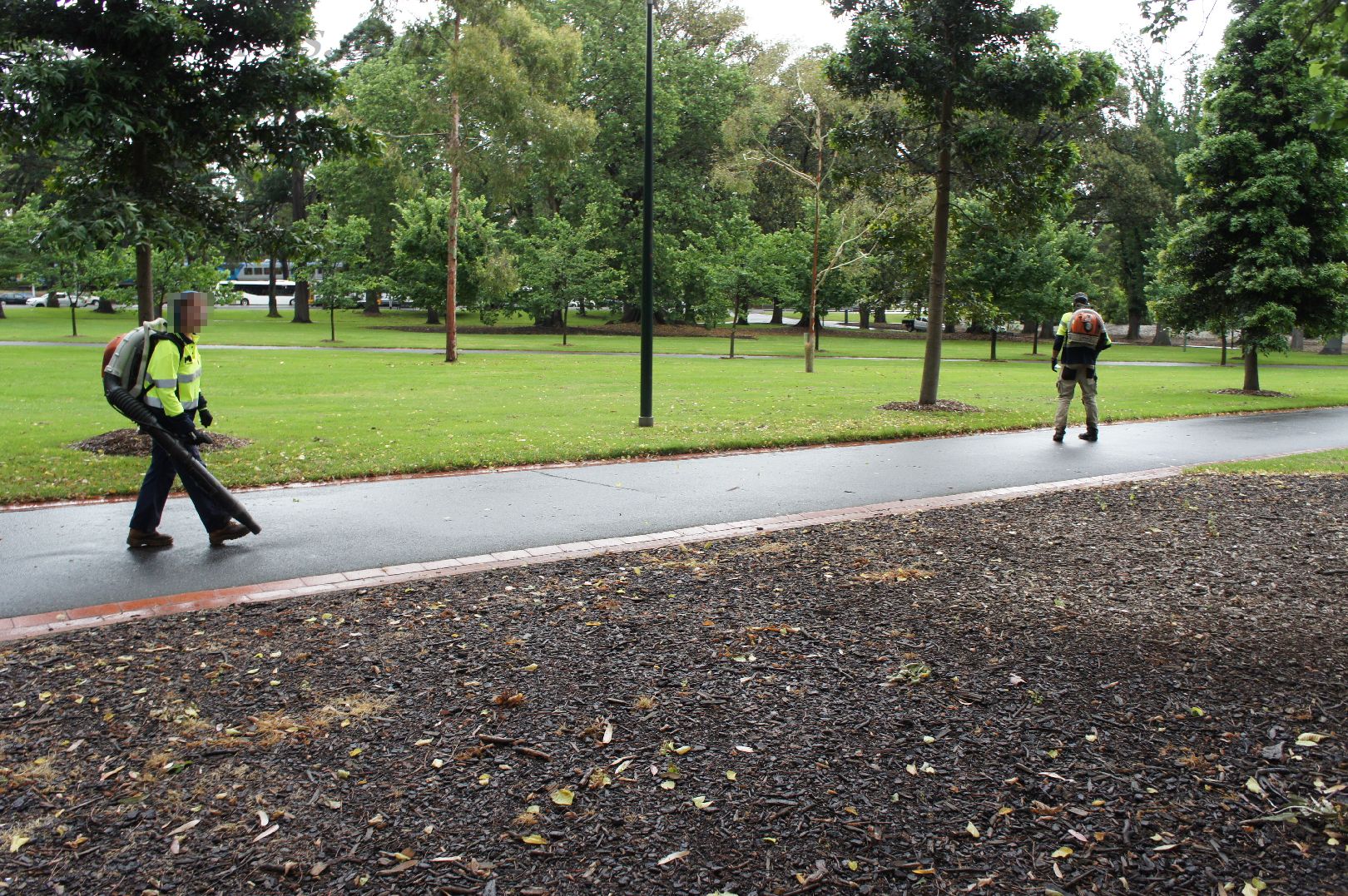 Meet people cleaning the Fitzroy Gardens。Besides these people, cleaning cars are running around the city、You can see why Melbourne is so beautiful。Great! 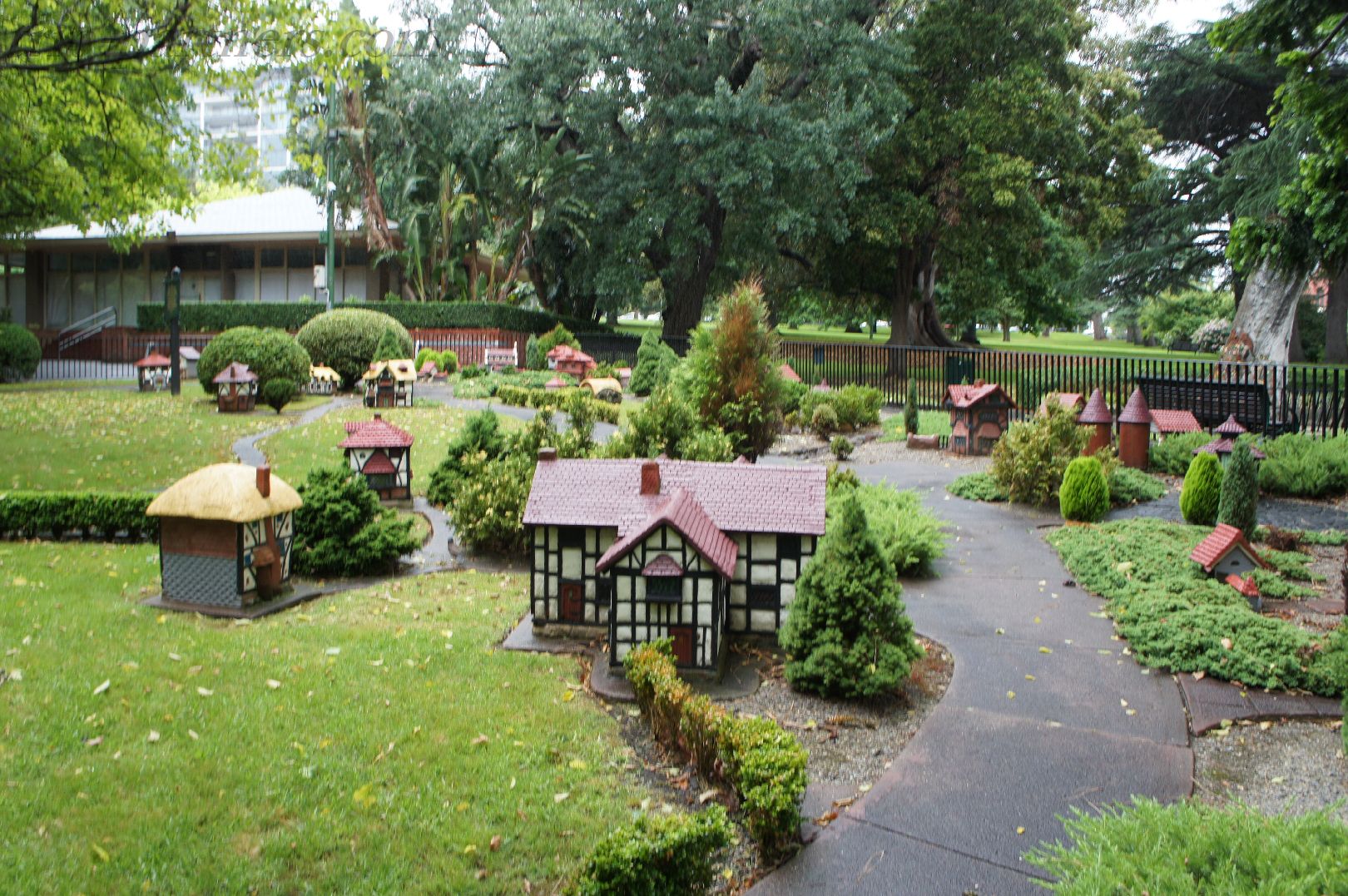 There was a miniature city on the way。I don't know what this represents、Perhaps it is a reproduction of old Melbourne? 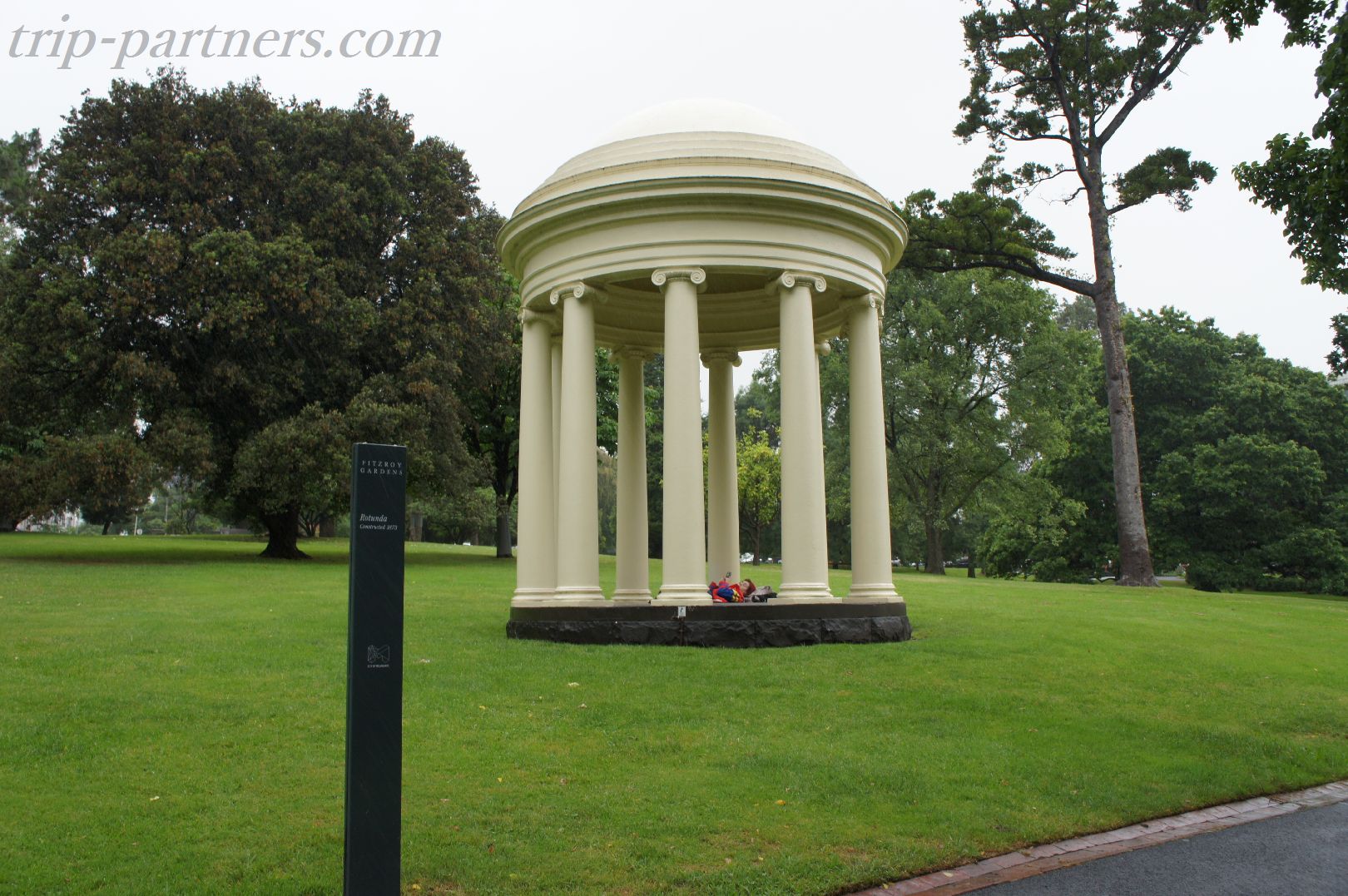 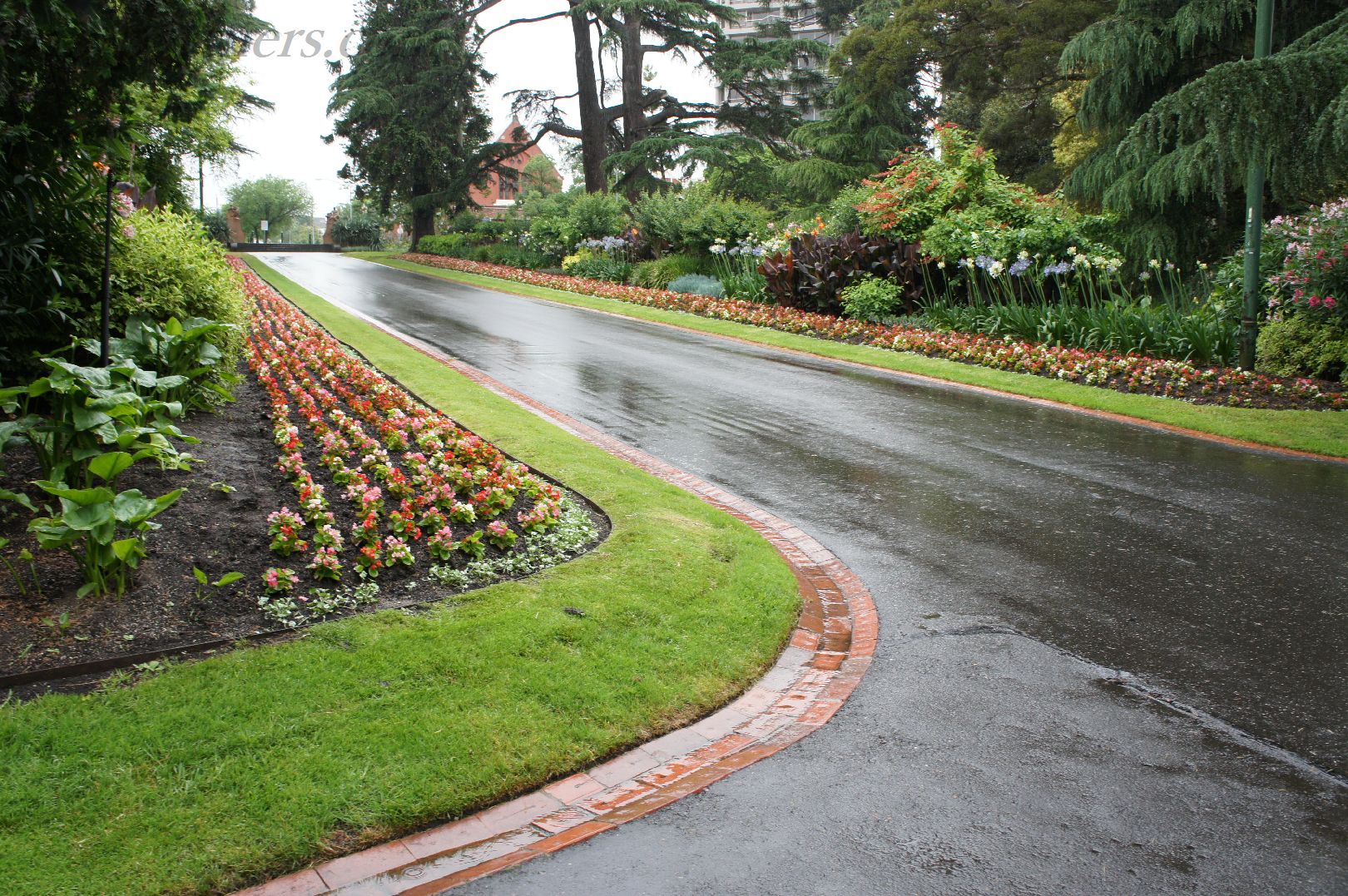 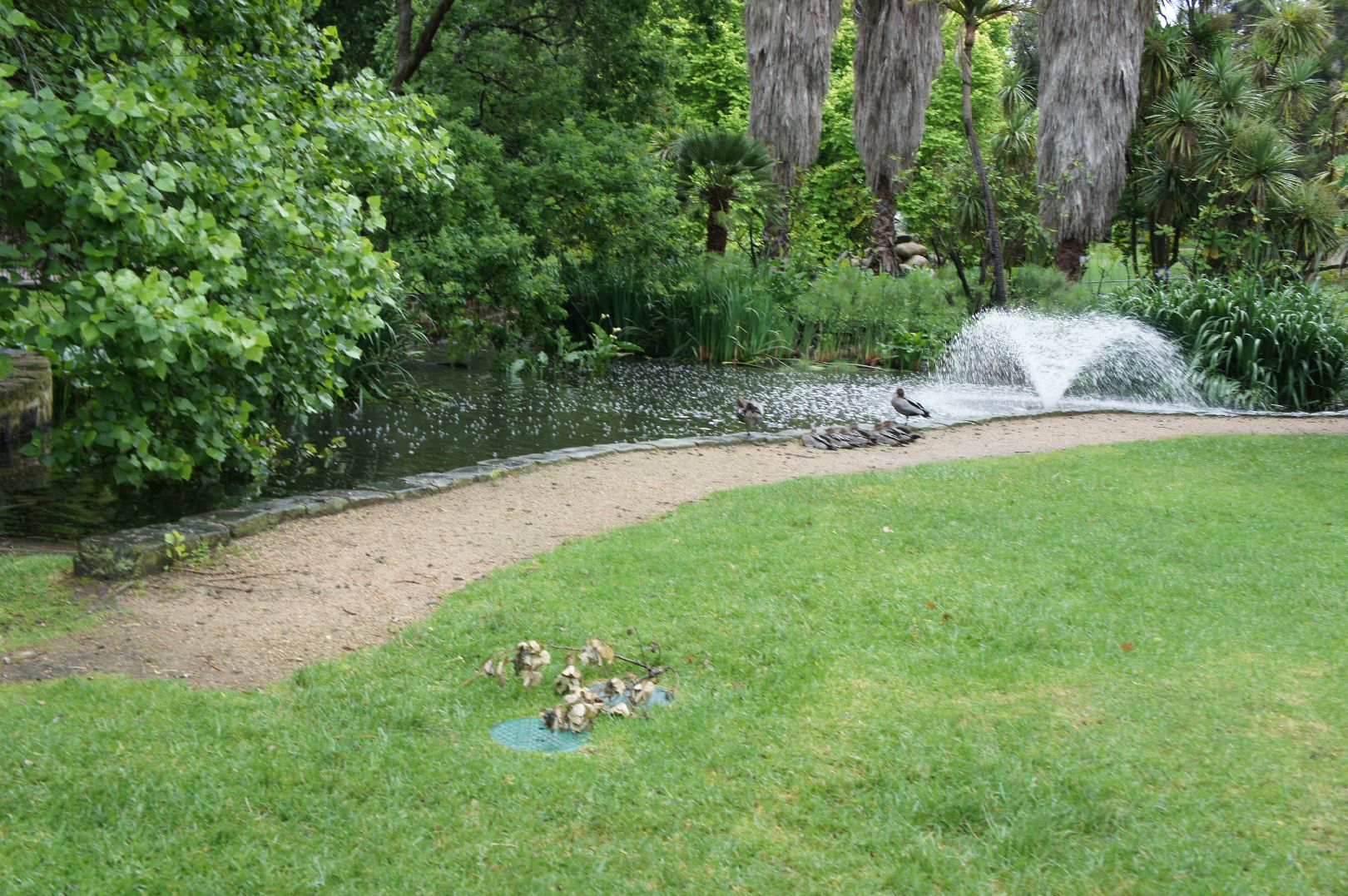 Birds were bathing in front of the fountain。 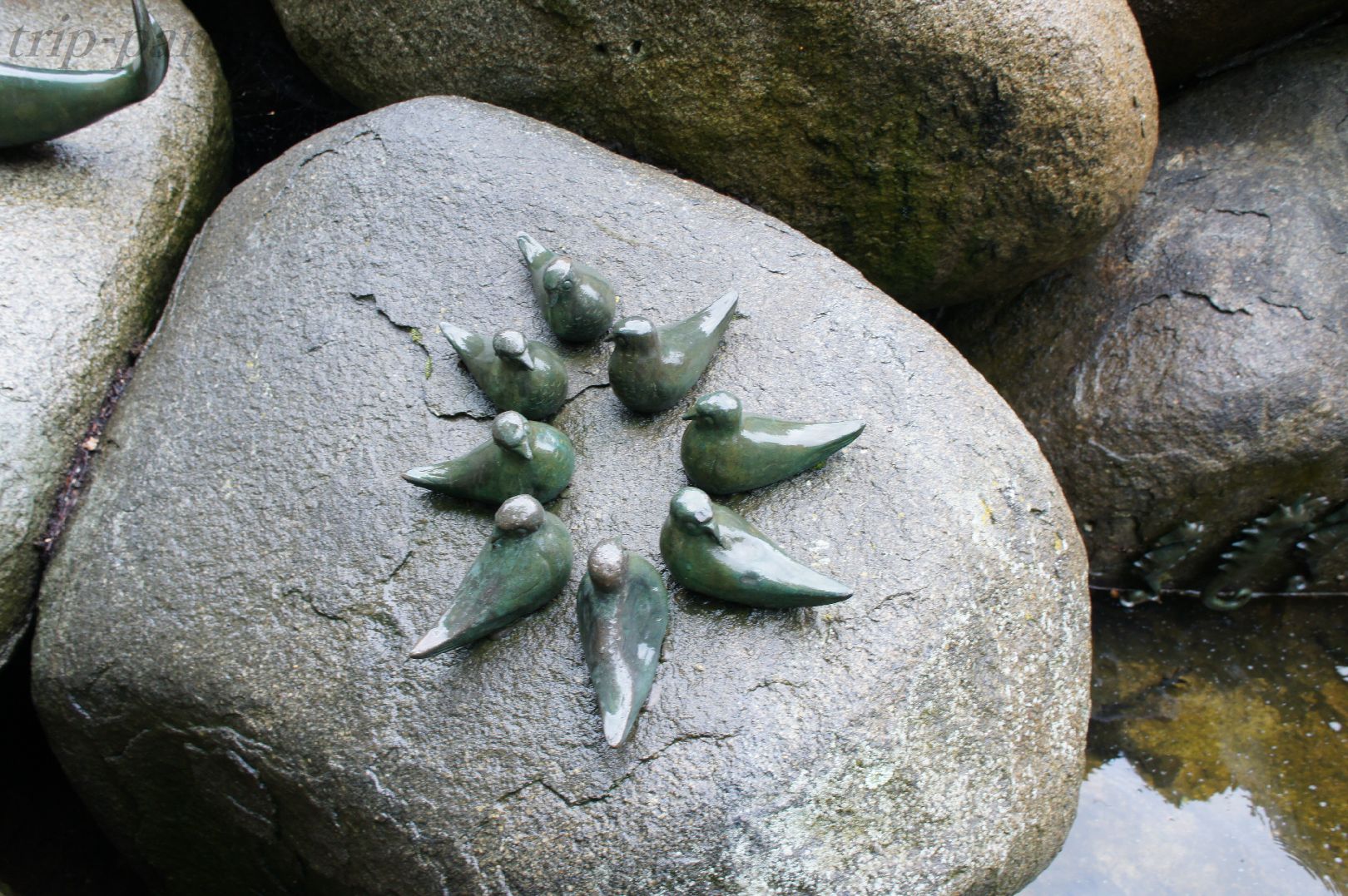 This is a bird monument。Not real。 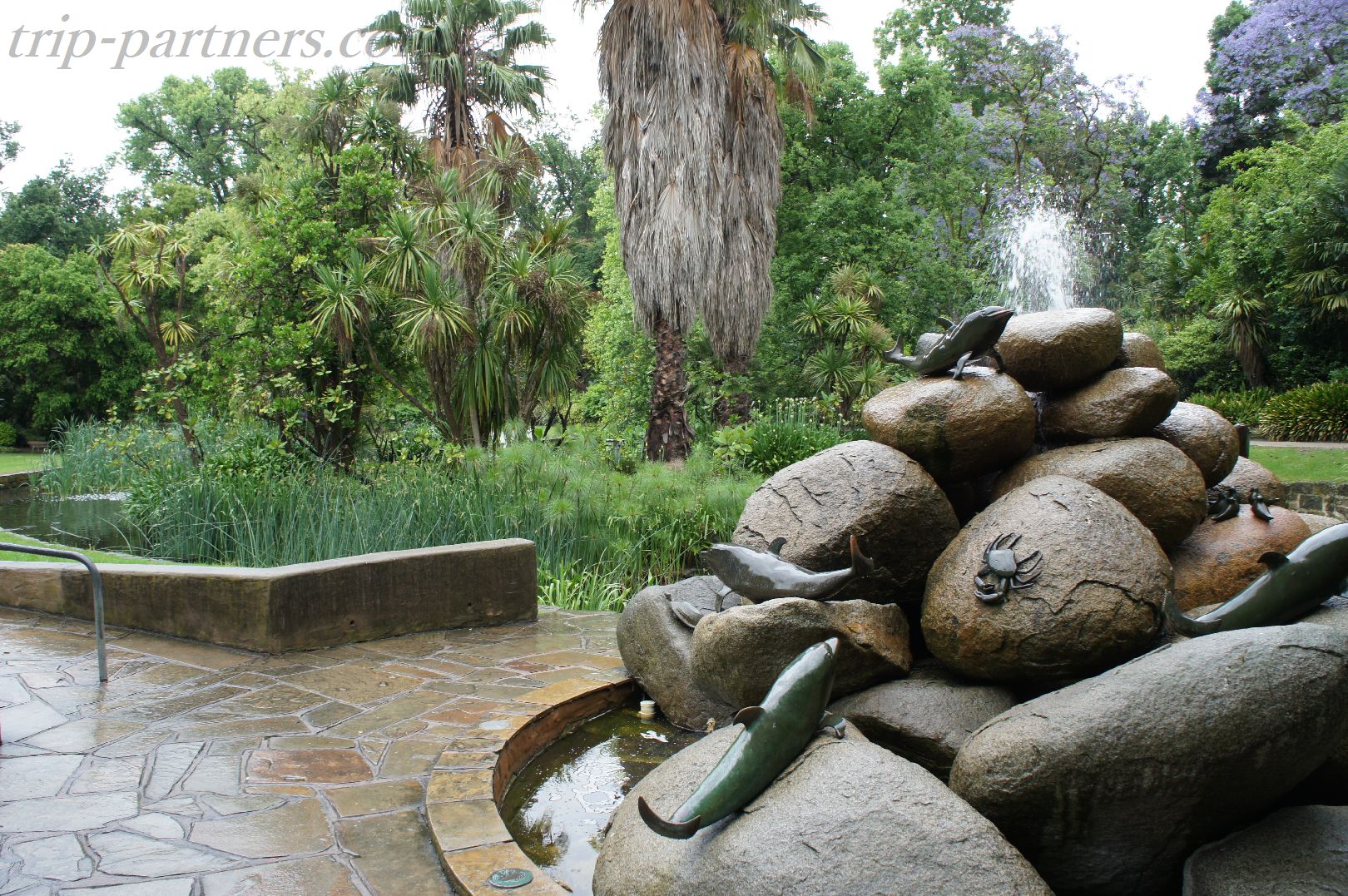 There were various monuments besides birds。