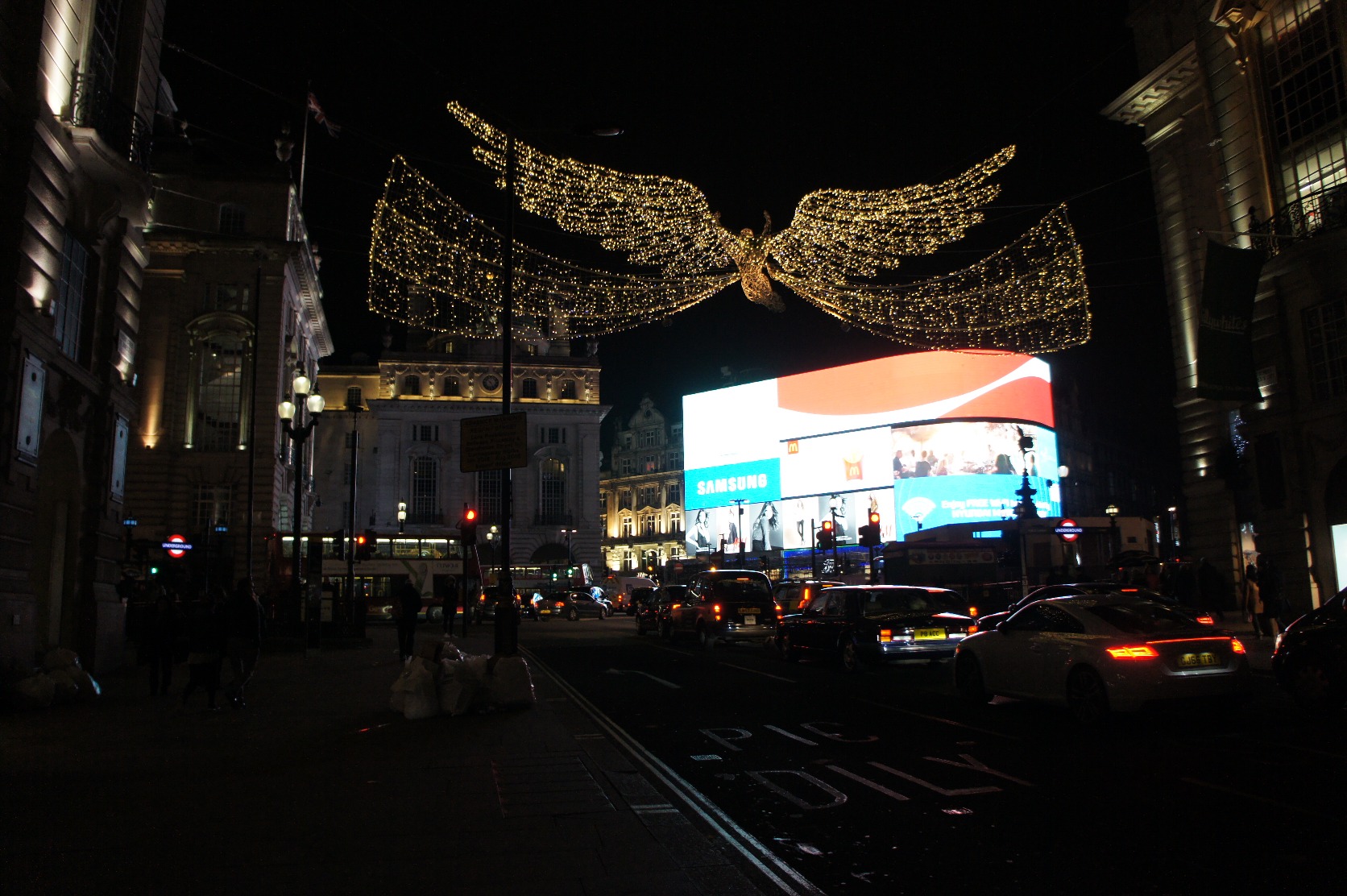 Finally Now in this is also midnight in London。This time, Piccadilly Circus、Leicester Square、Trafalgar Square、Once run through the famous tourist destination of Covent Garden and London! 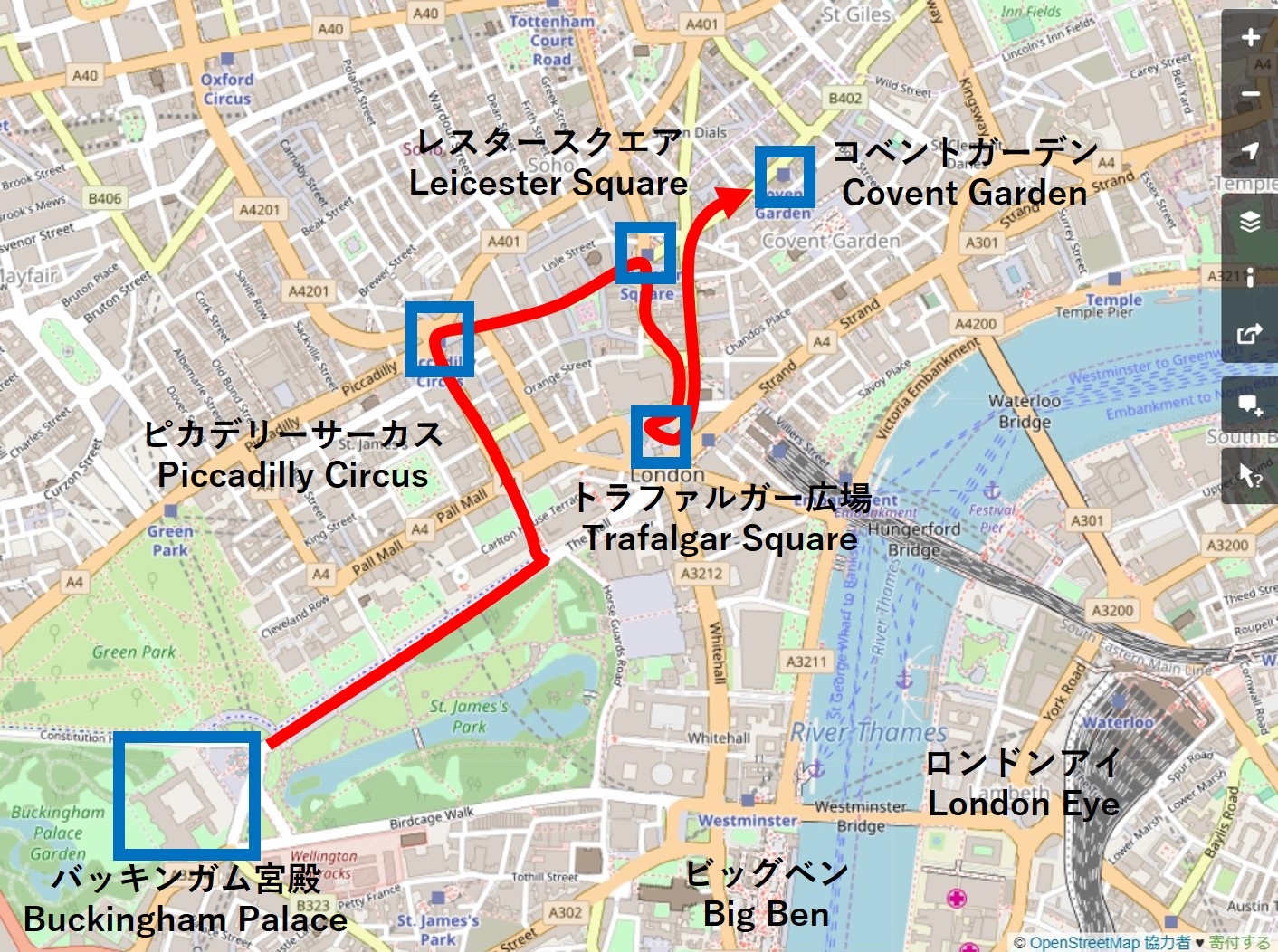 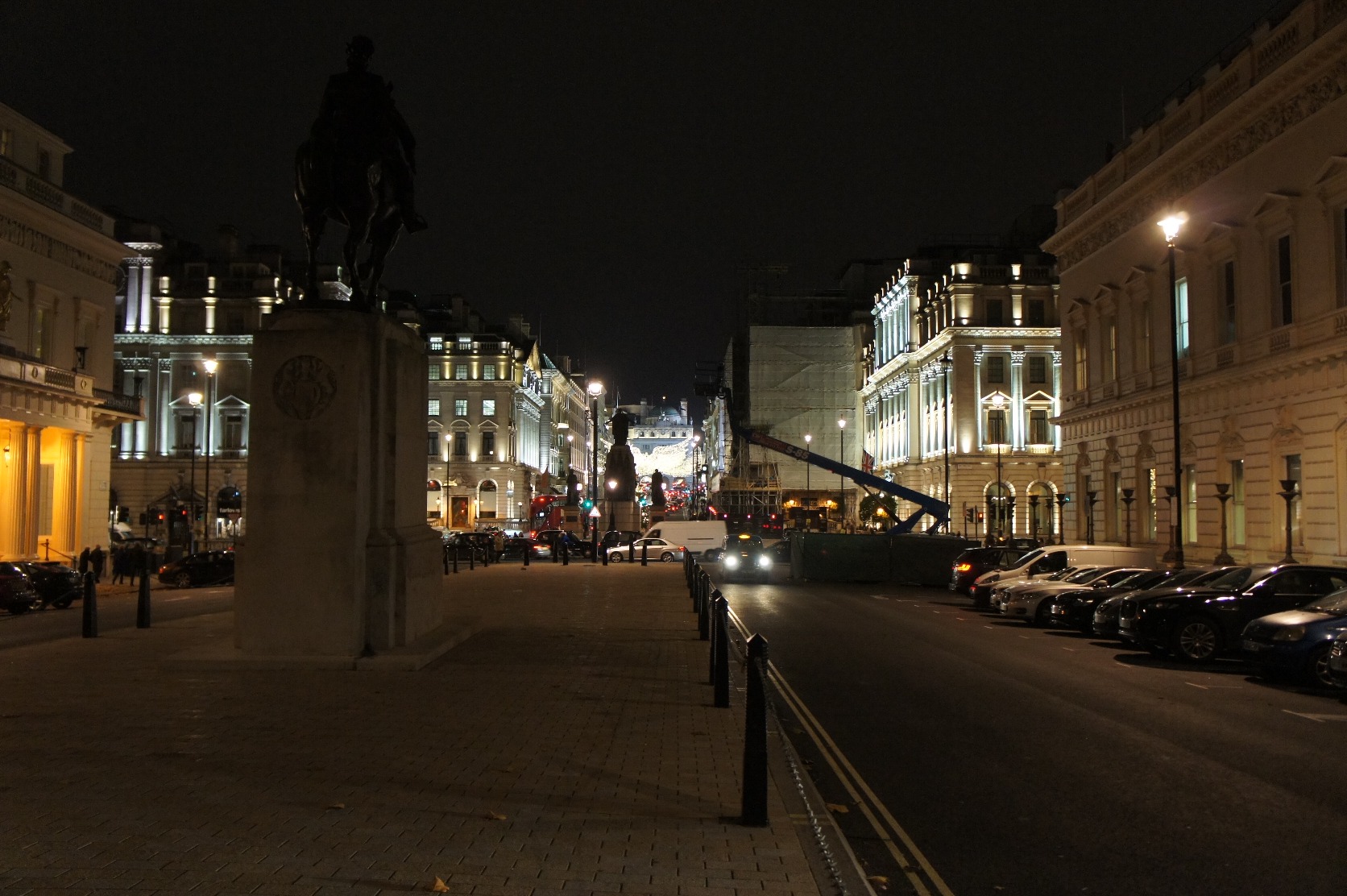 Suddenly bright lights come an increasing number of cars has been illuminated。so、This is the entrance of Piccadilly Circus is London's largest open space! 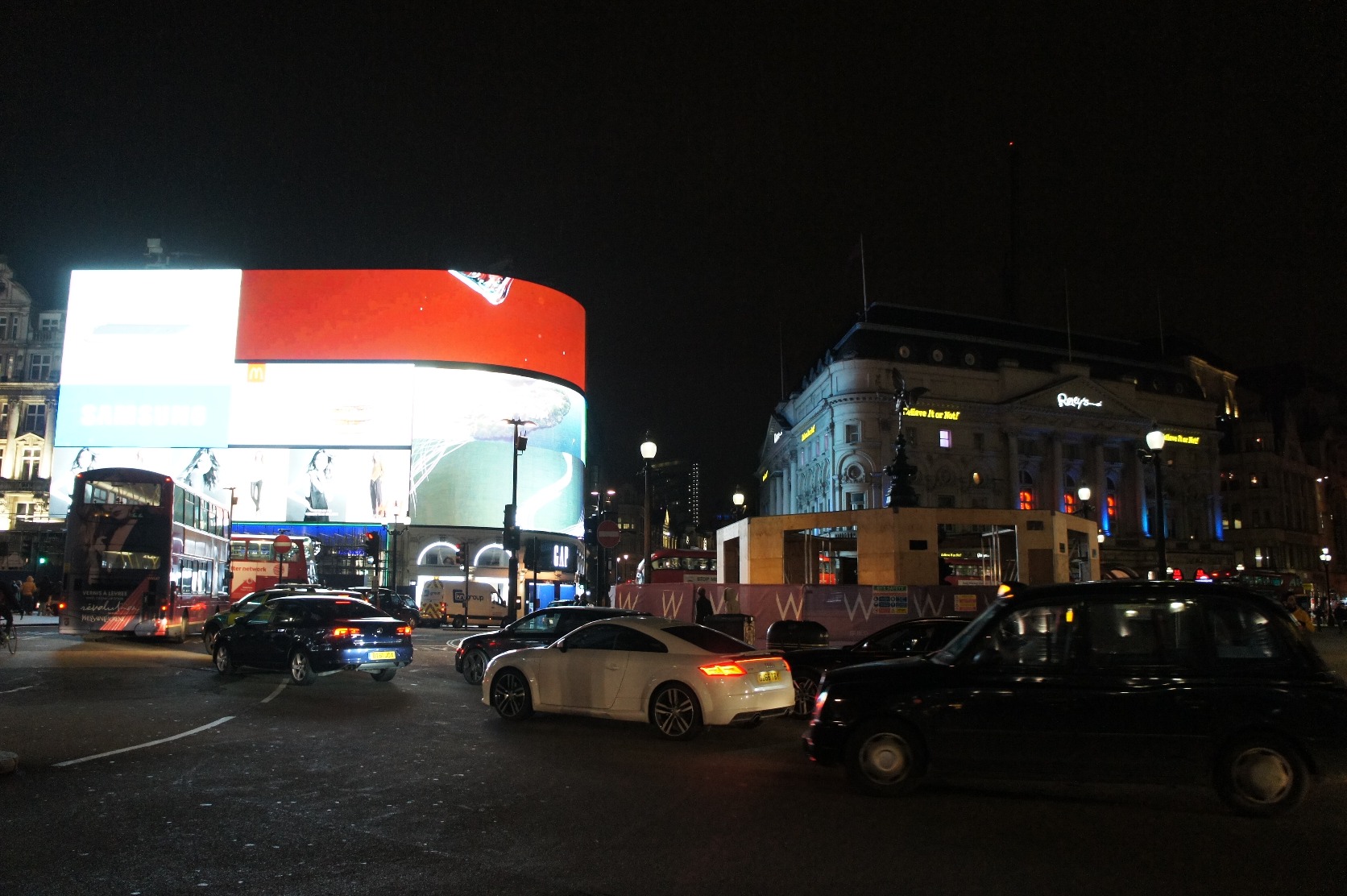 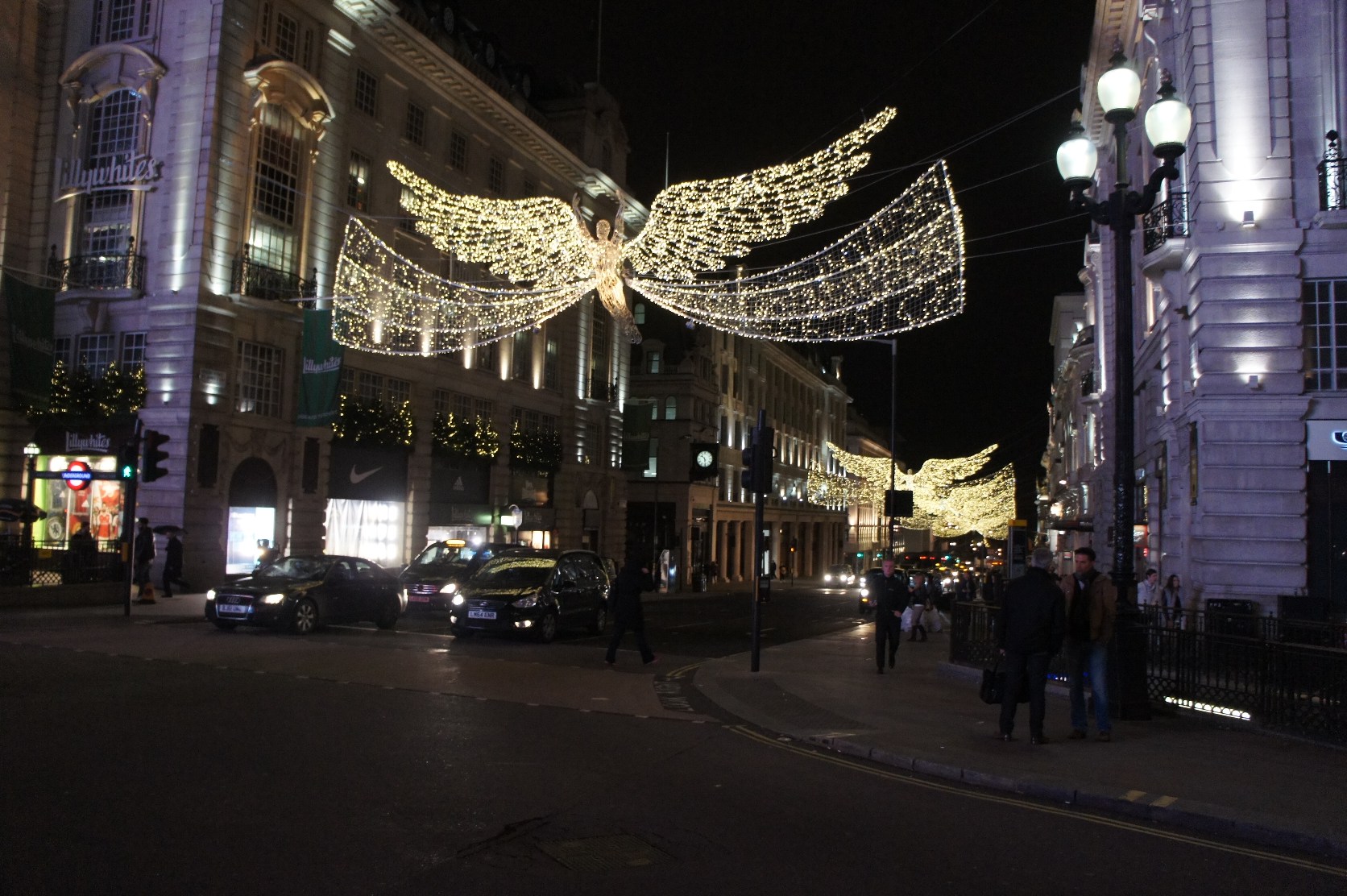 I guess is the preparation of the Christmas illuminations? Another London is Christmas mode。I wish a still November。 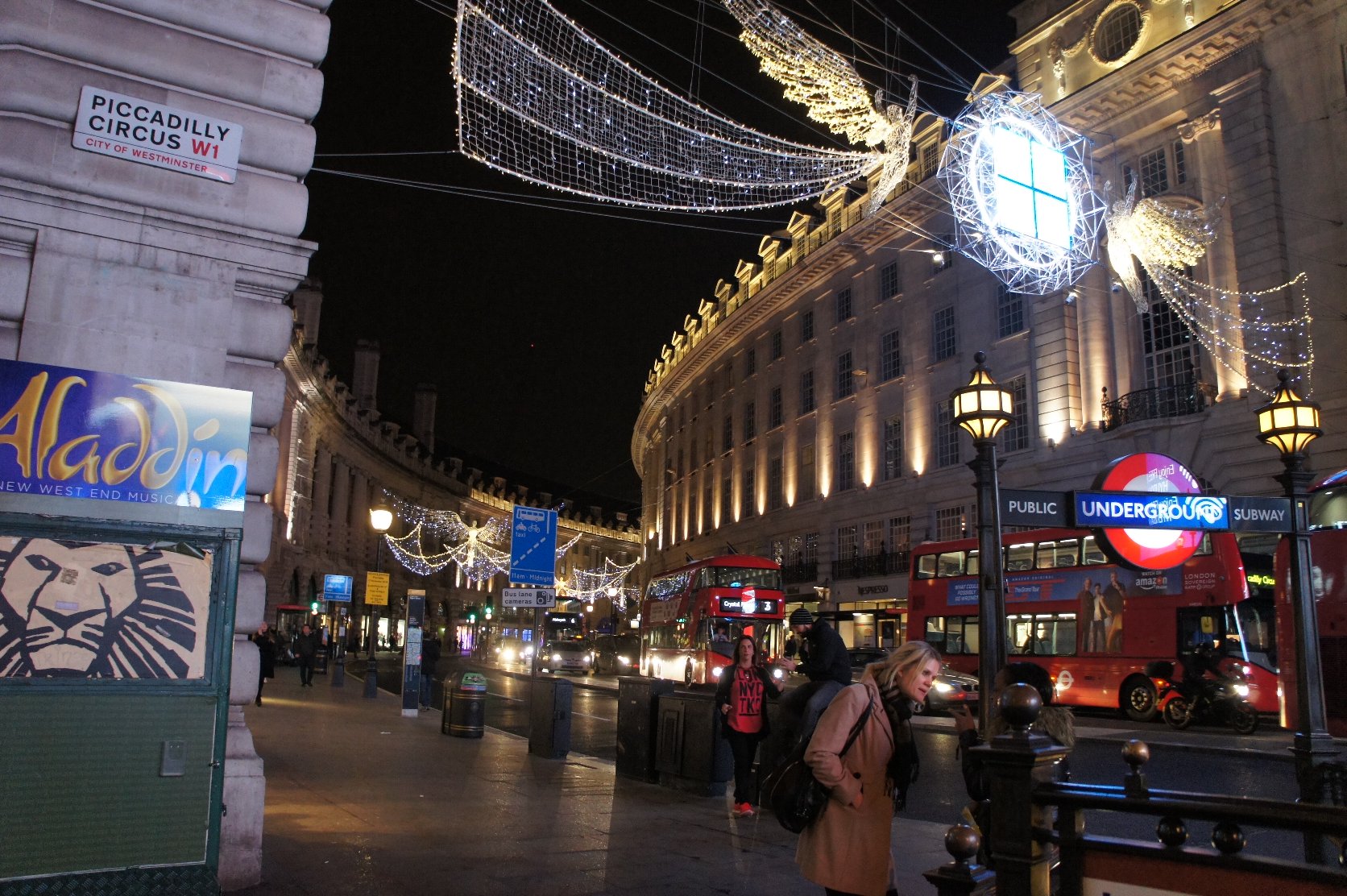 The Lion King! It's lead to Oxford Circus and proceed along the Regent Street、Nde this time toward the opposite direction Leicester Square。 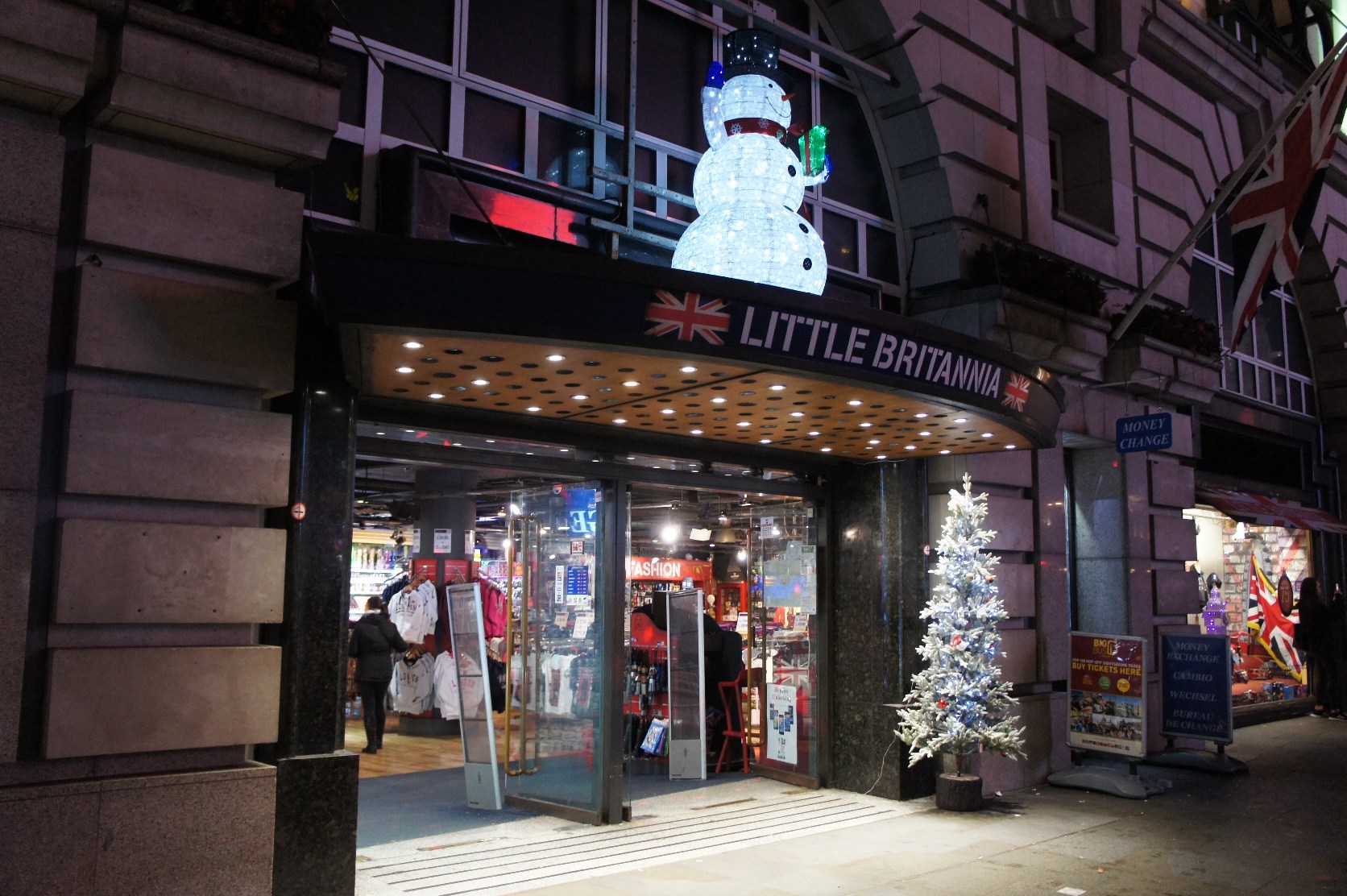 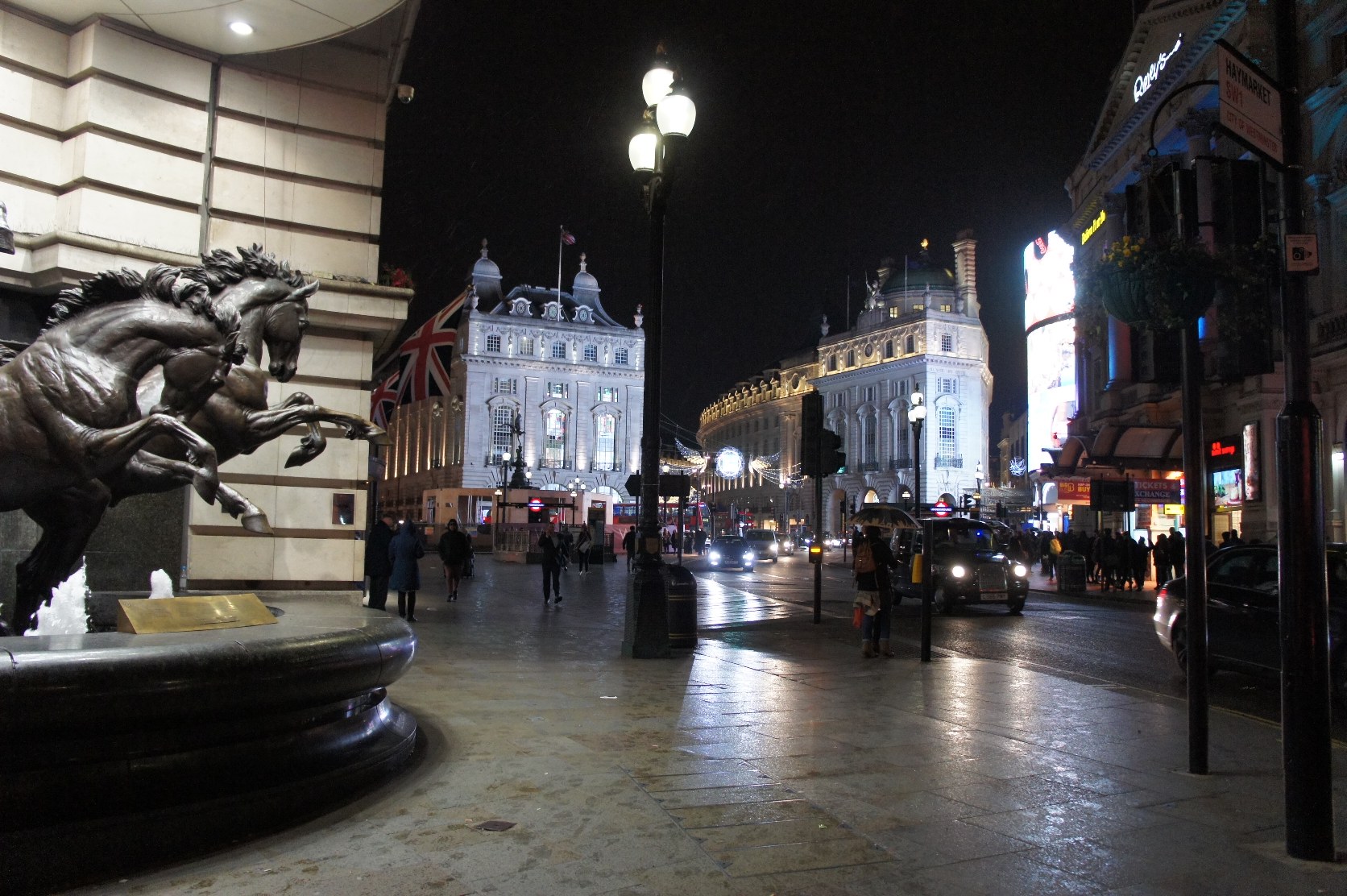 Piccadilly Circus from Leicester Square side。 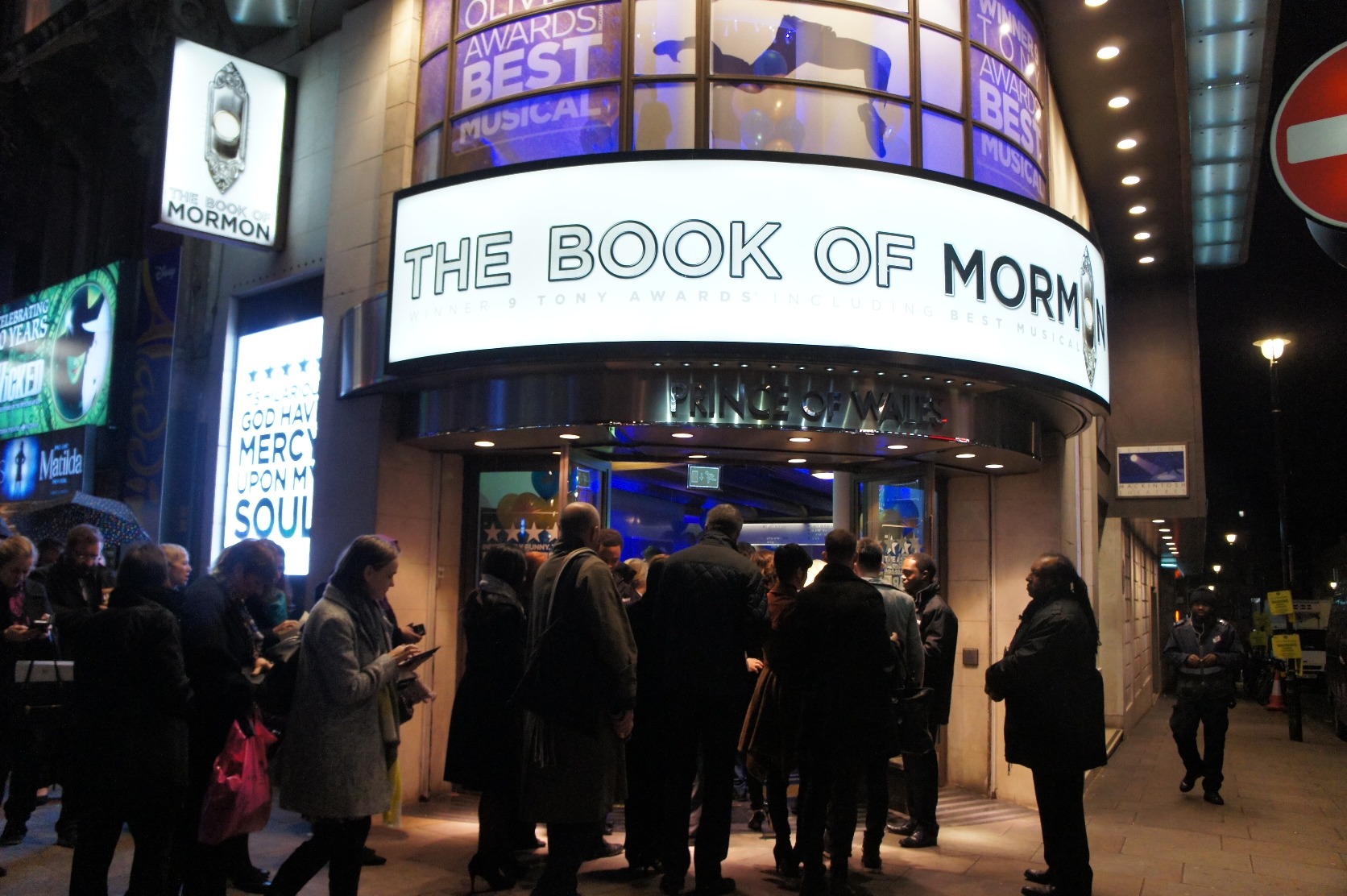 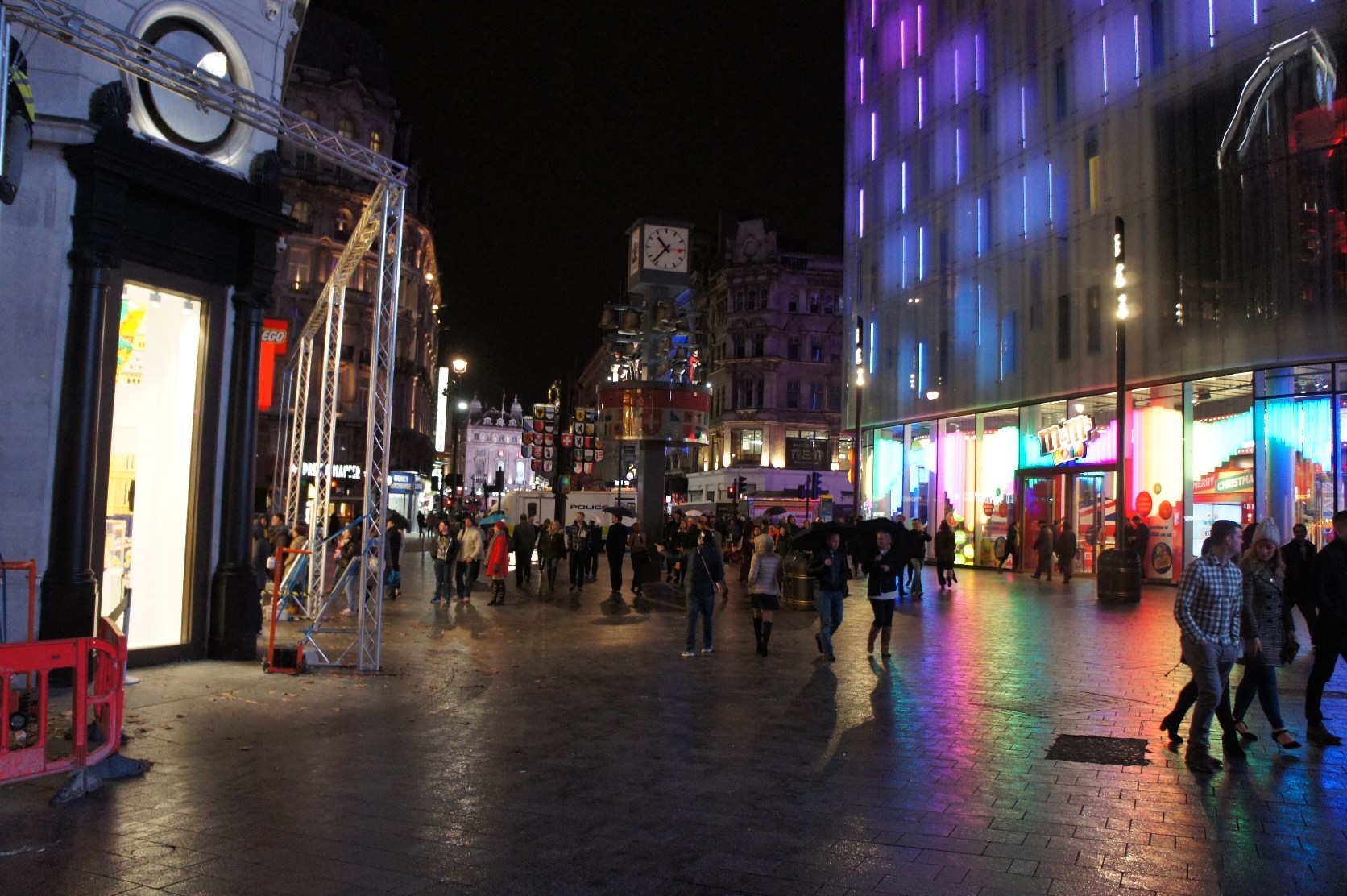 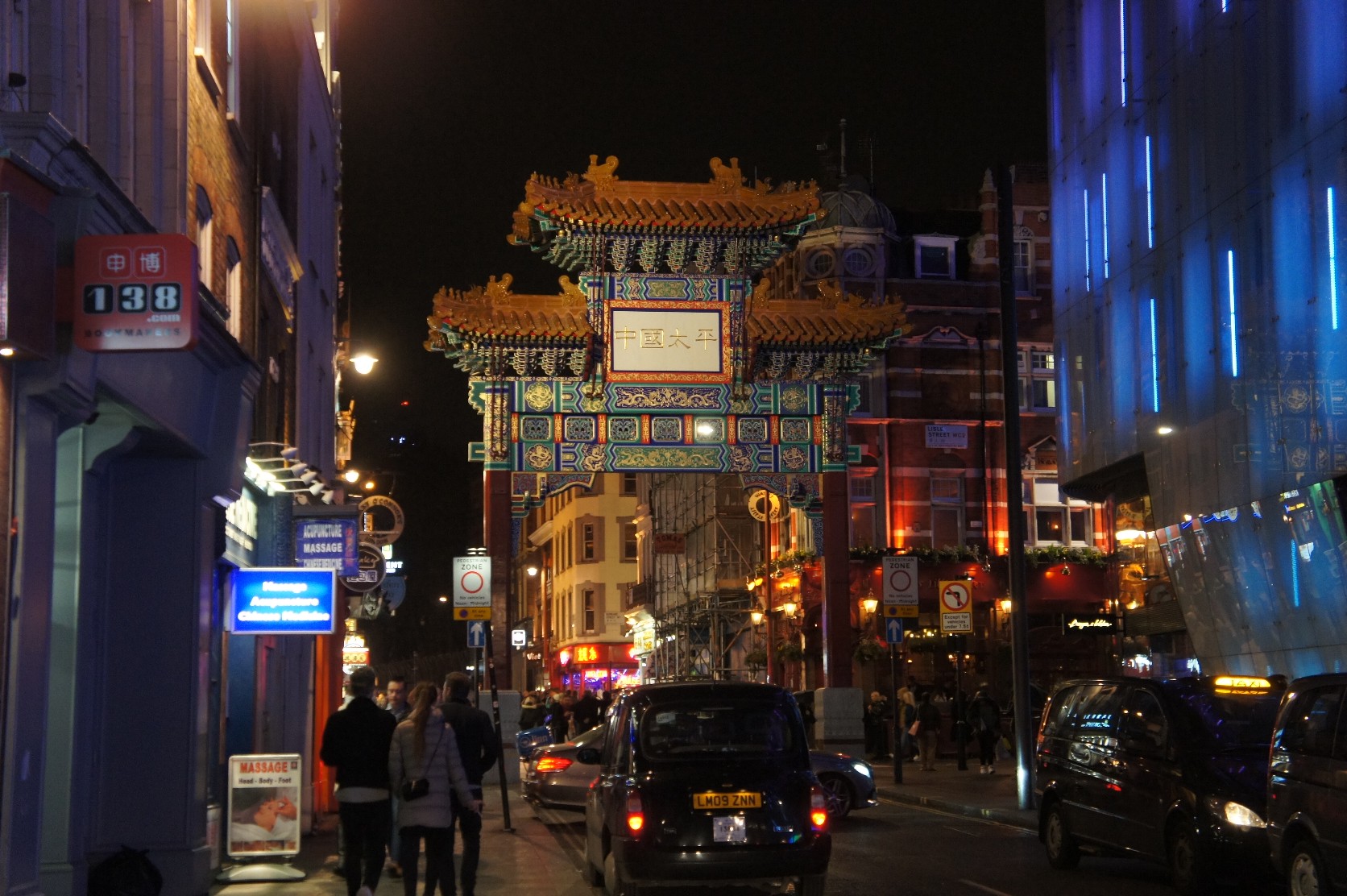 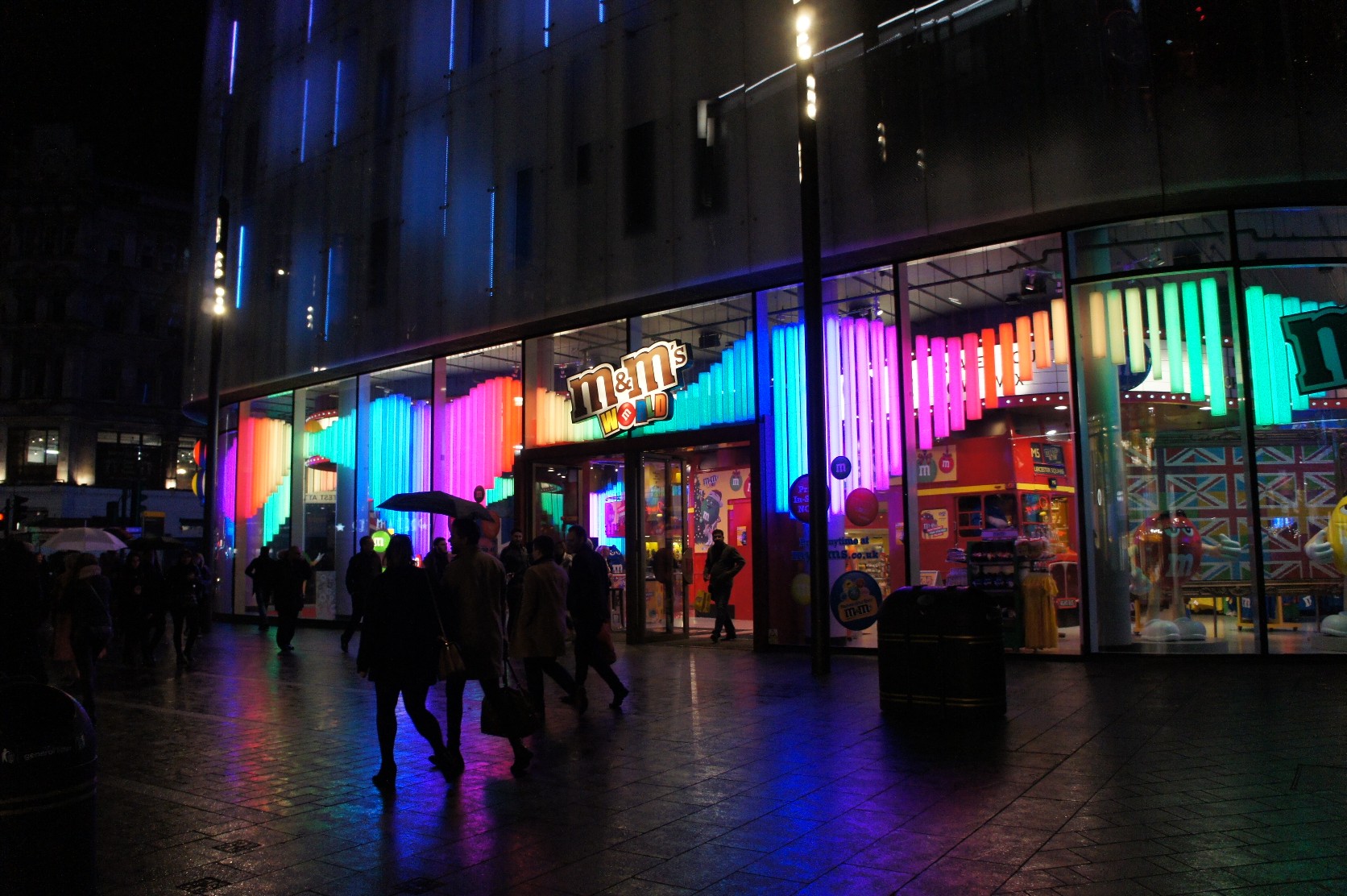 m&m’s World. Cause I thought to come to the smell of chocolate was Colle。Design that stands out in colorful。 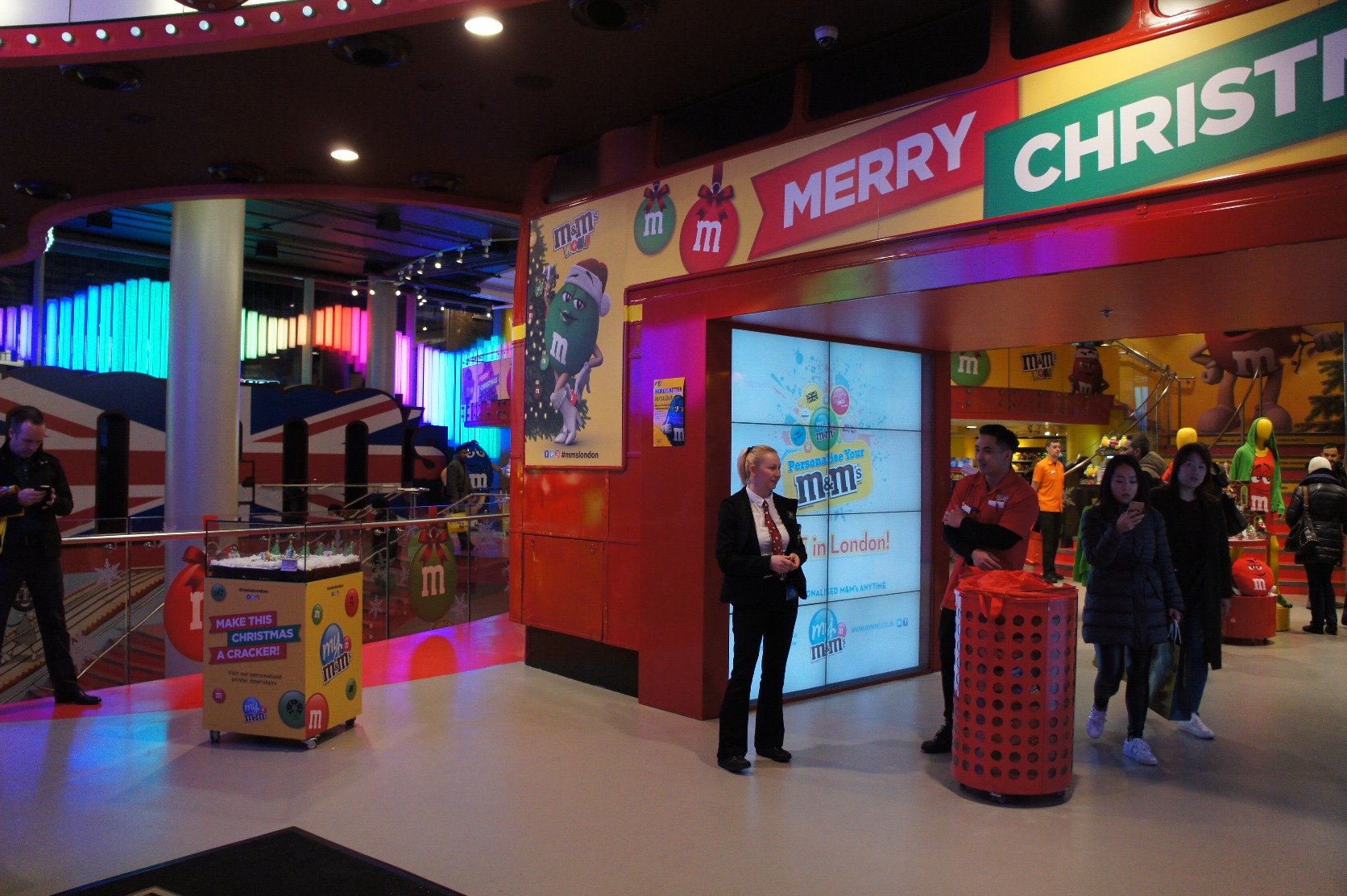 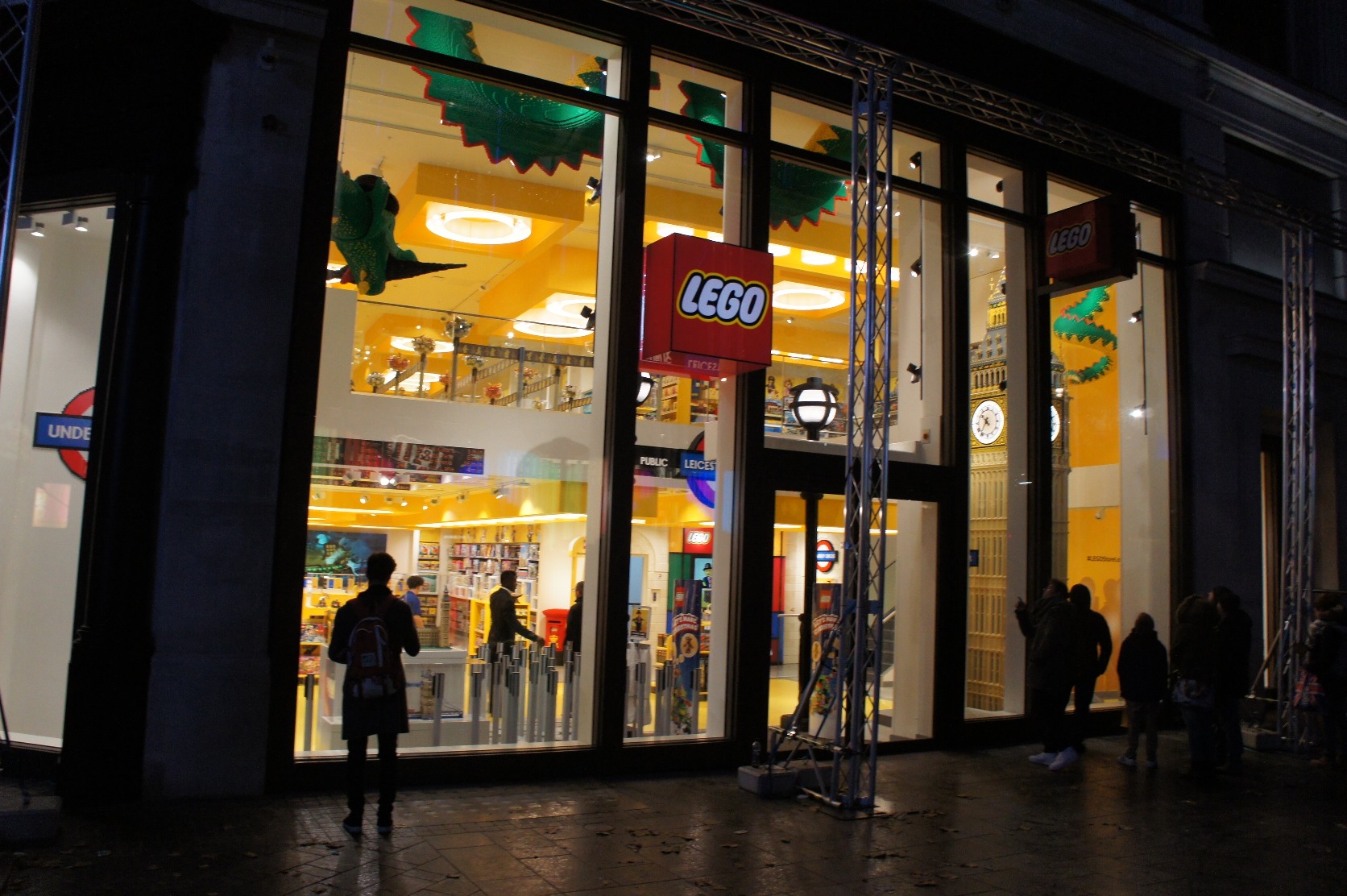 Lego Shop。m&Right in front of the m。Be that had been closed because the entrance was closed。m&m is midnight:00It is here against're open until 22:00It seems to。I wish still many people。 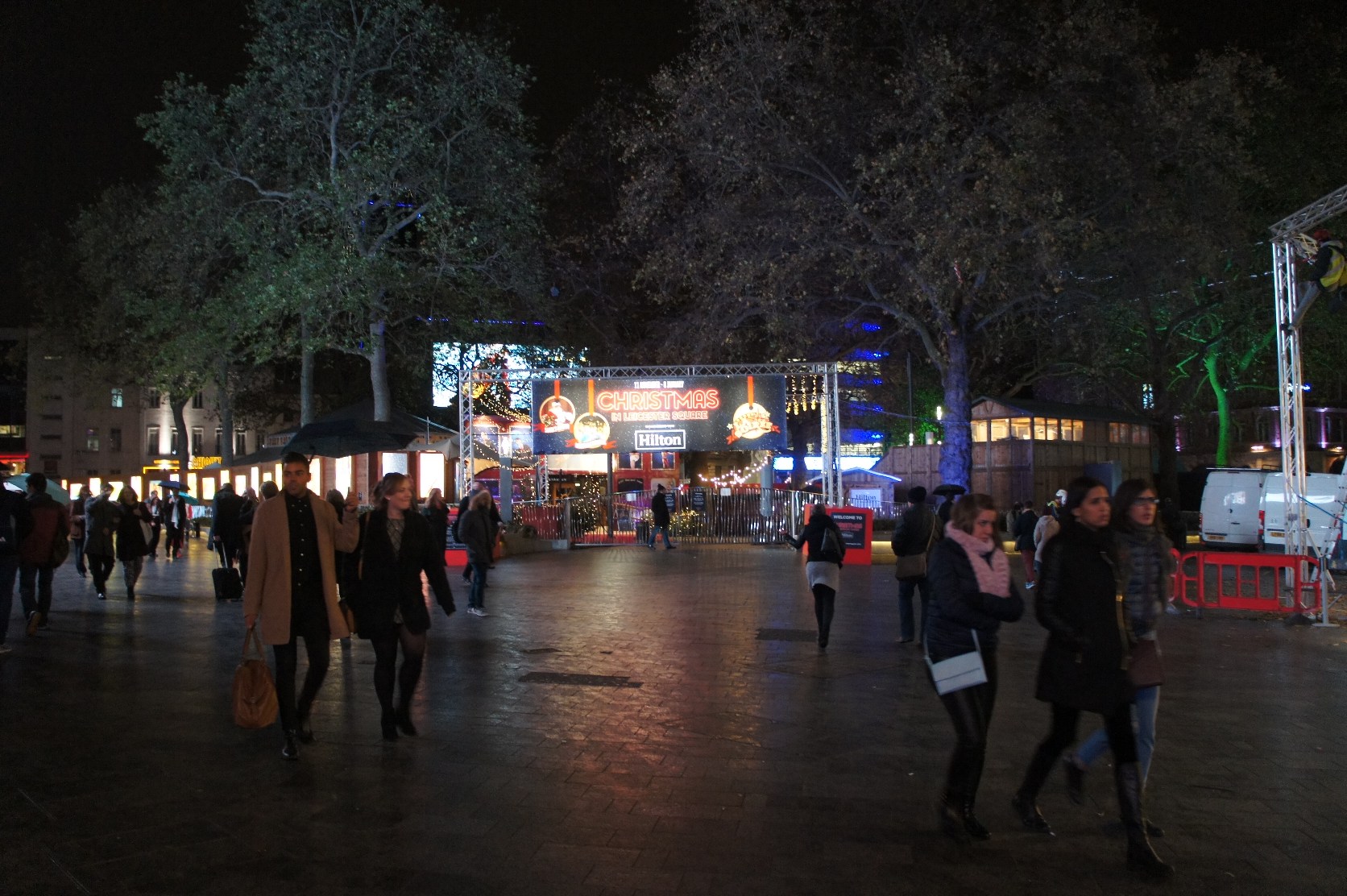 Even so, there are many people though it is night。It's everyone is enjoying London。 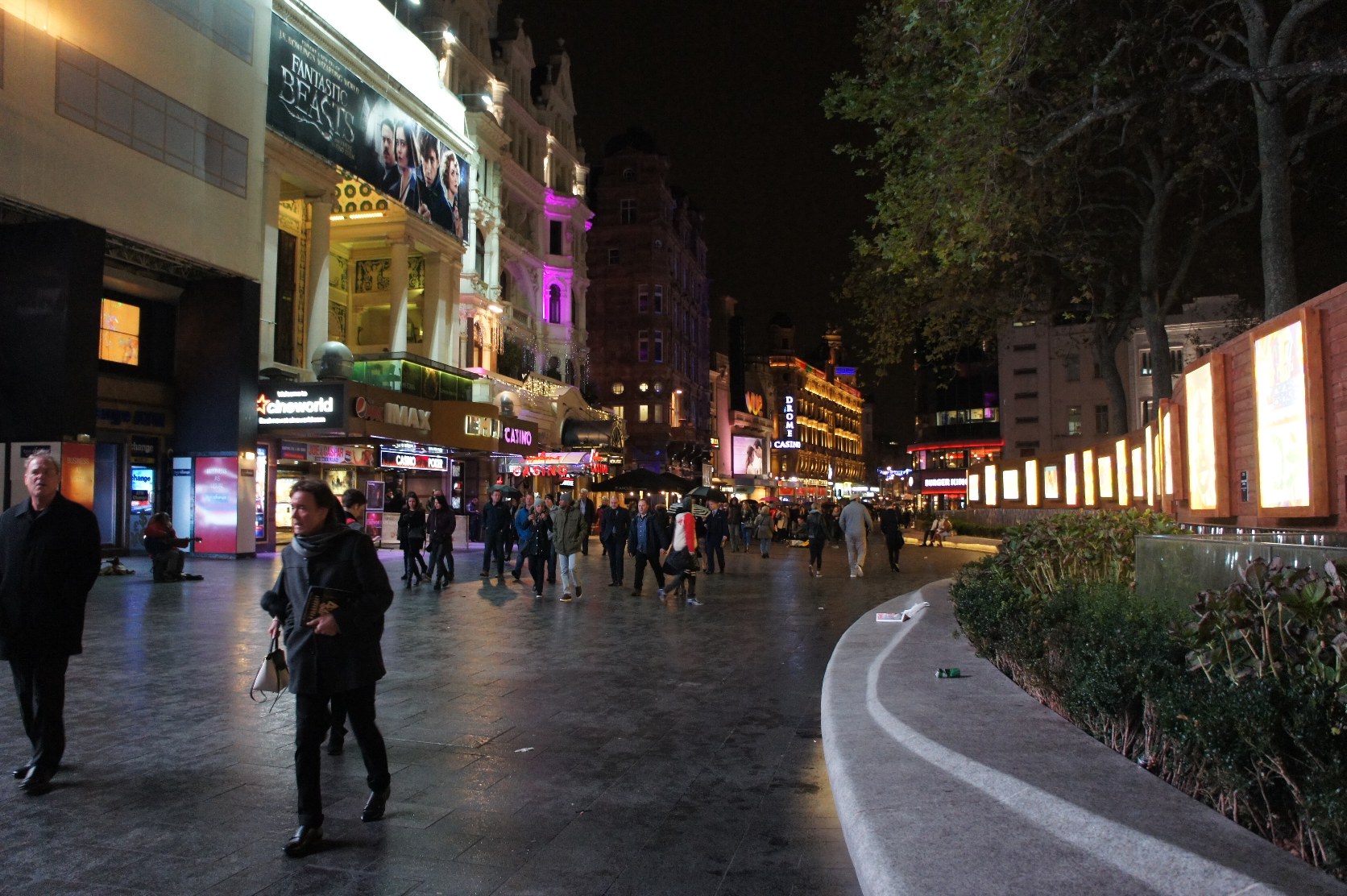 Let's across the street from it helped towards Leicester Square Station。 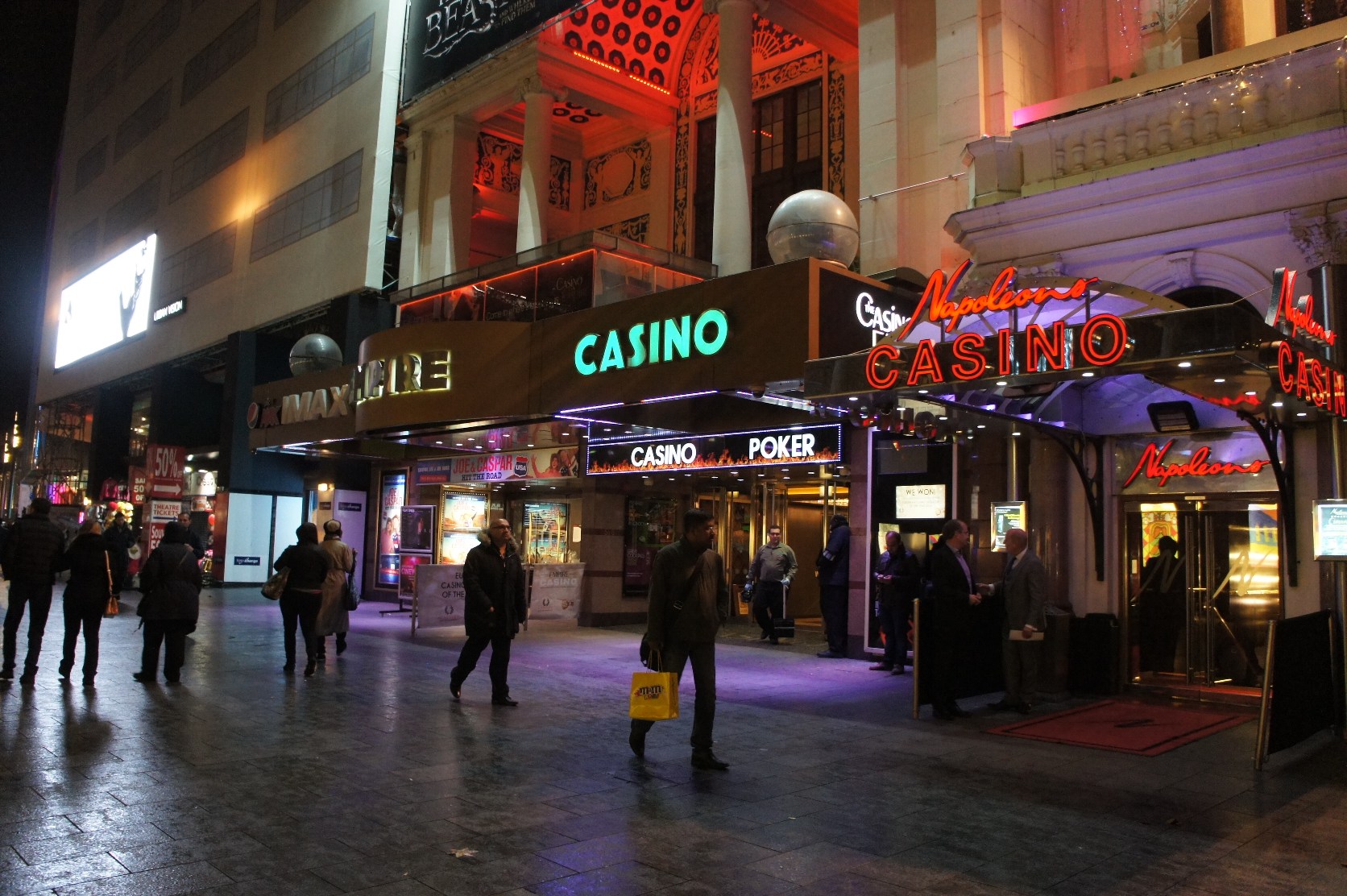 Casino will spread around Leicester Square。that? I wonder if the old days there was so many casino? 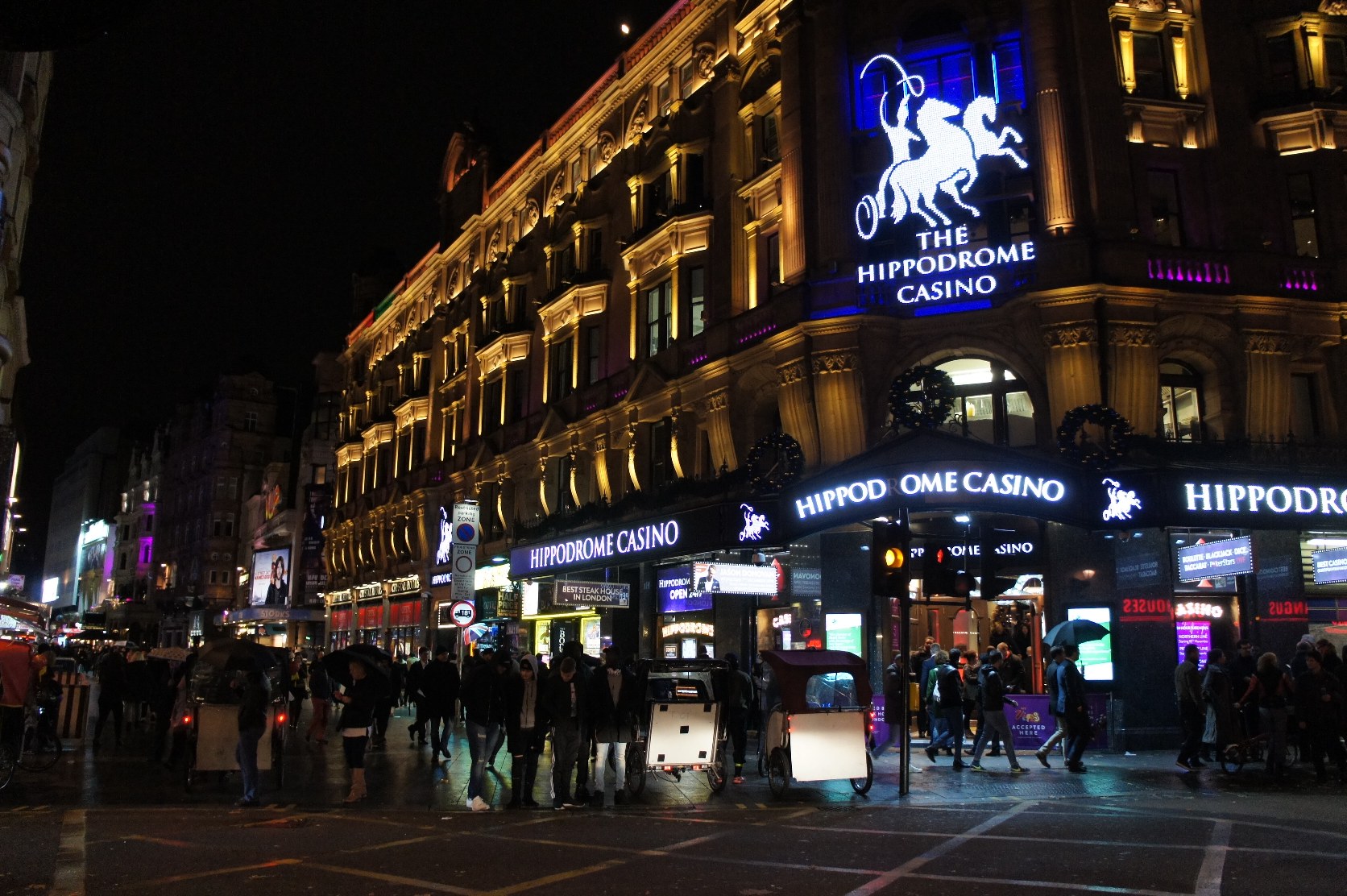 casino、casino、casino。In particular, the Hippodrome (HIPPODROME CASINO) is famous as the largest casino UK。Since the casino of course open 24 hours a day。However, even the more than 21-year-old has limited the admission Allowed。Even so, there are many people。It has also fallen a little rain。 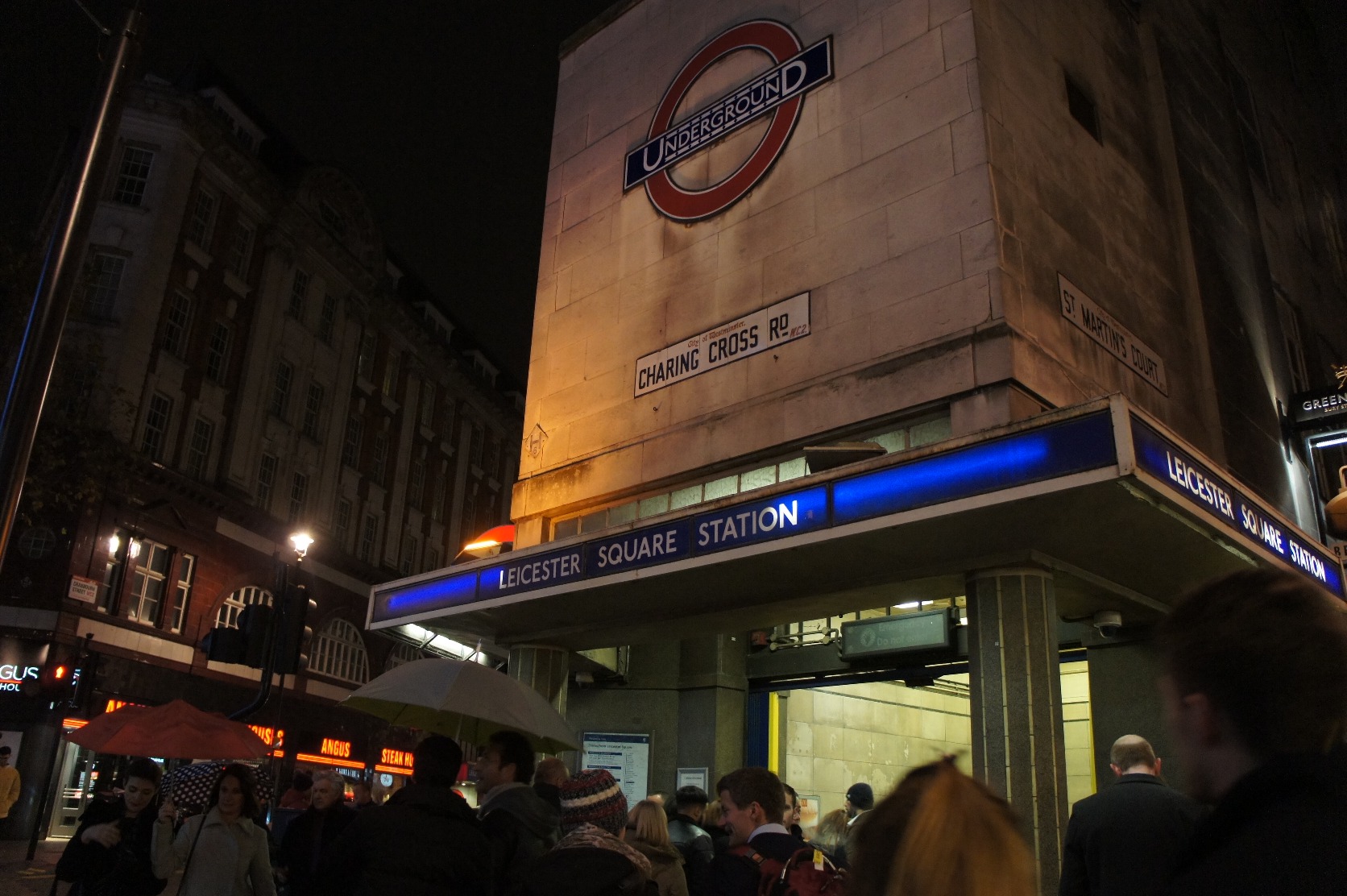 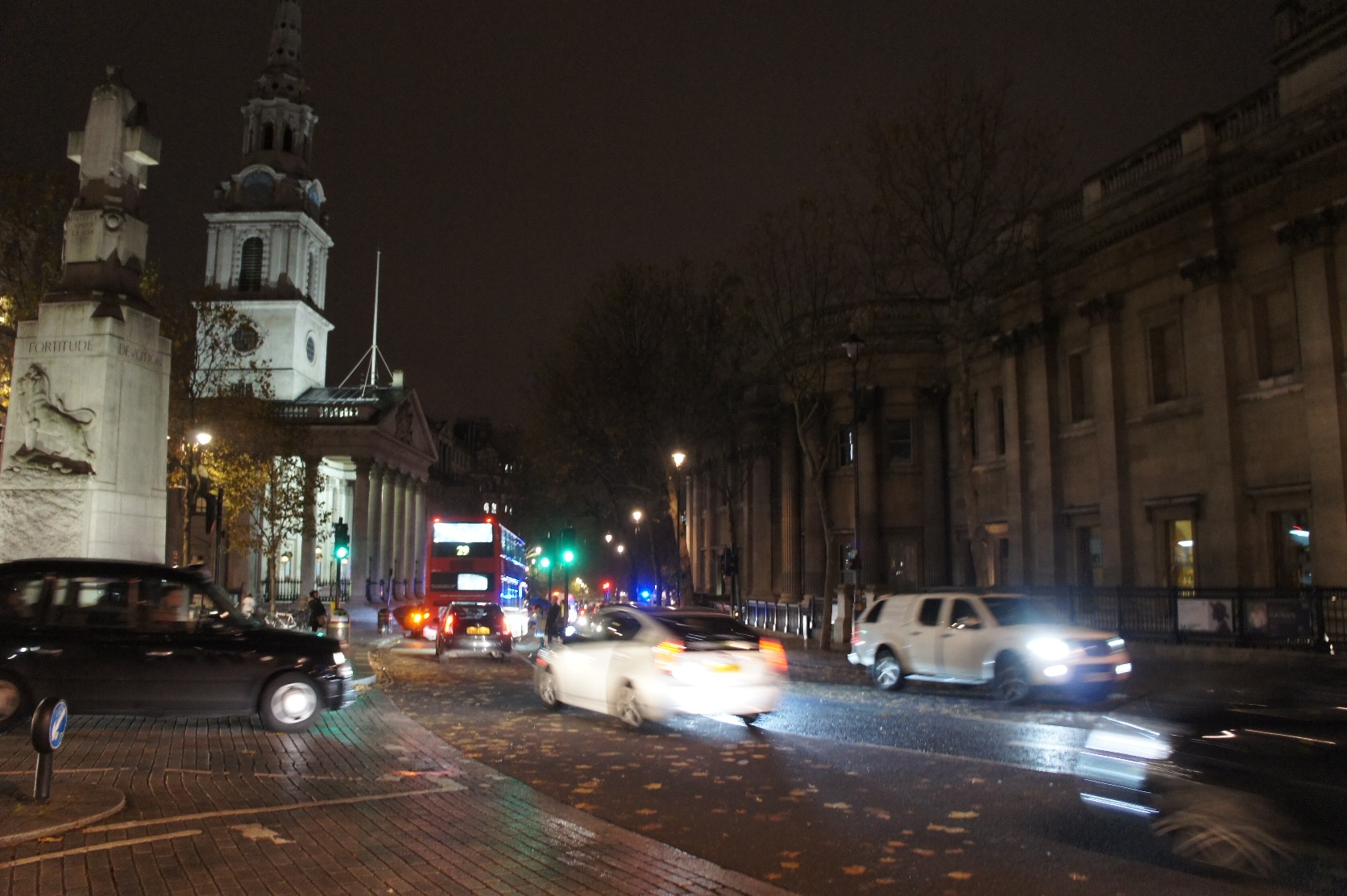 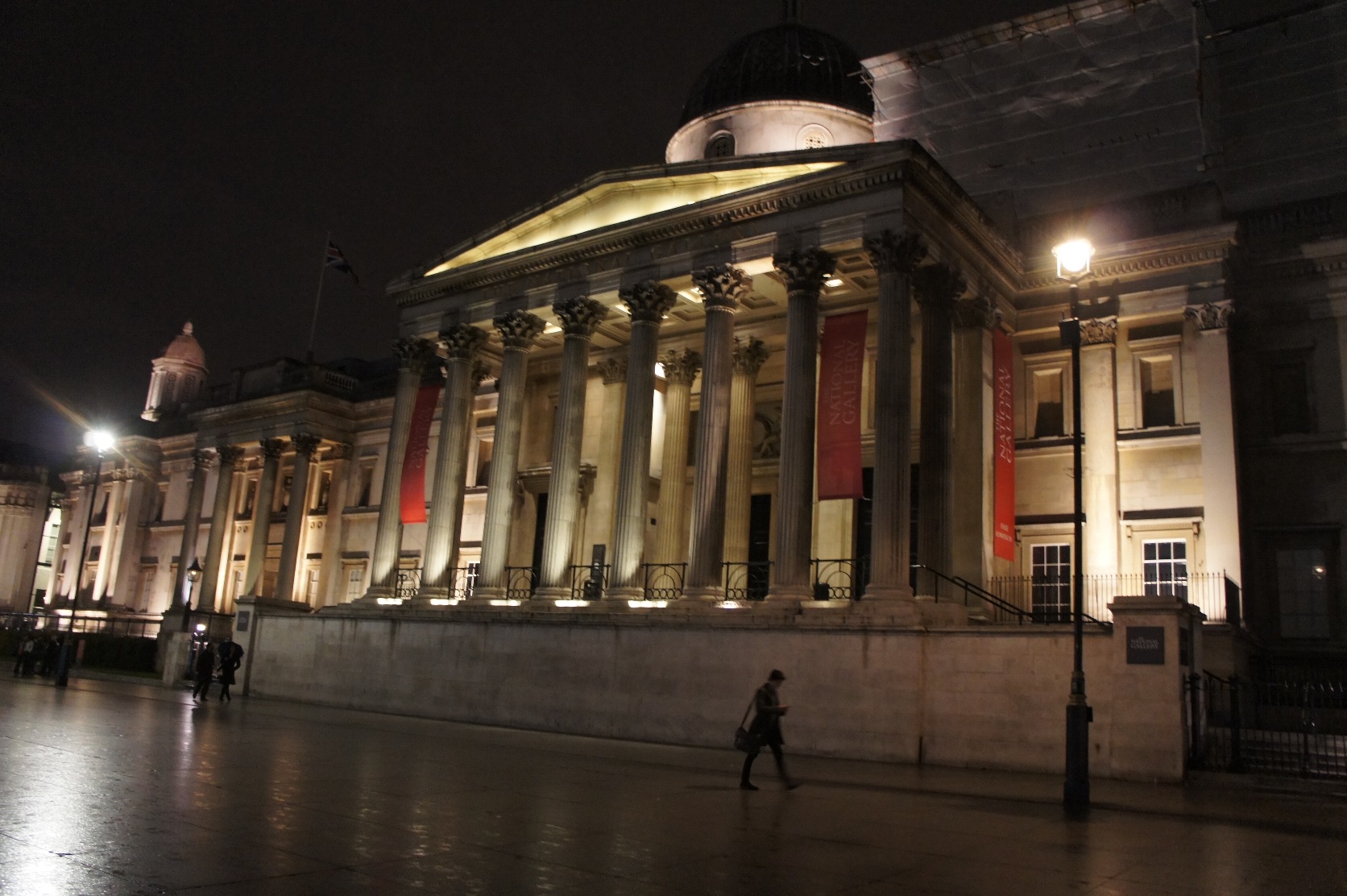 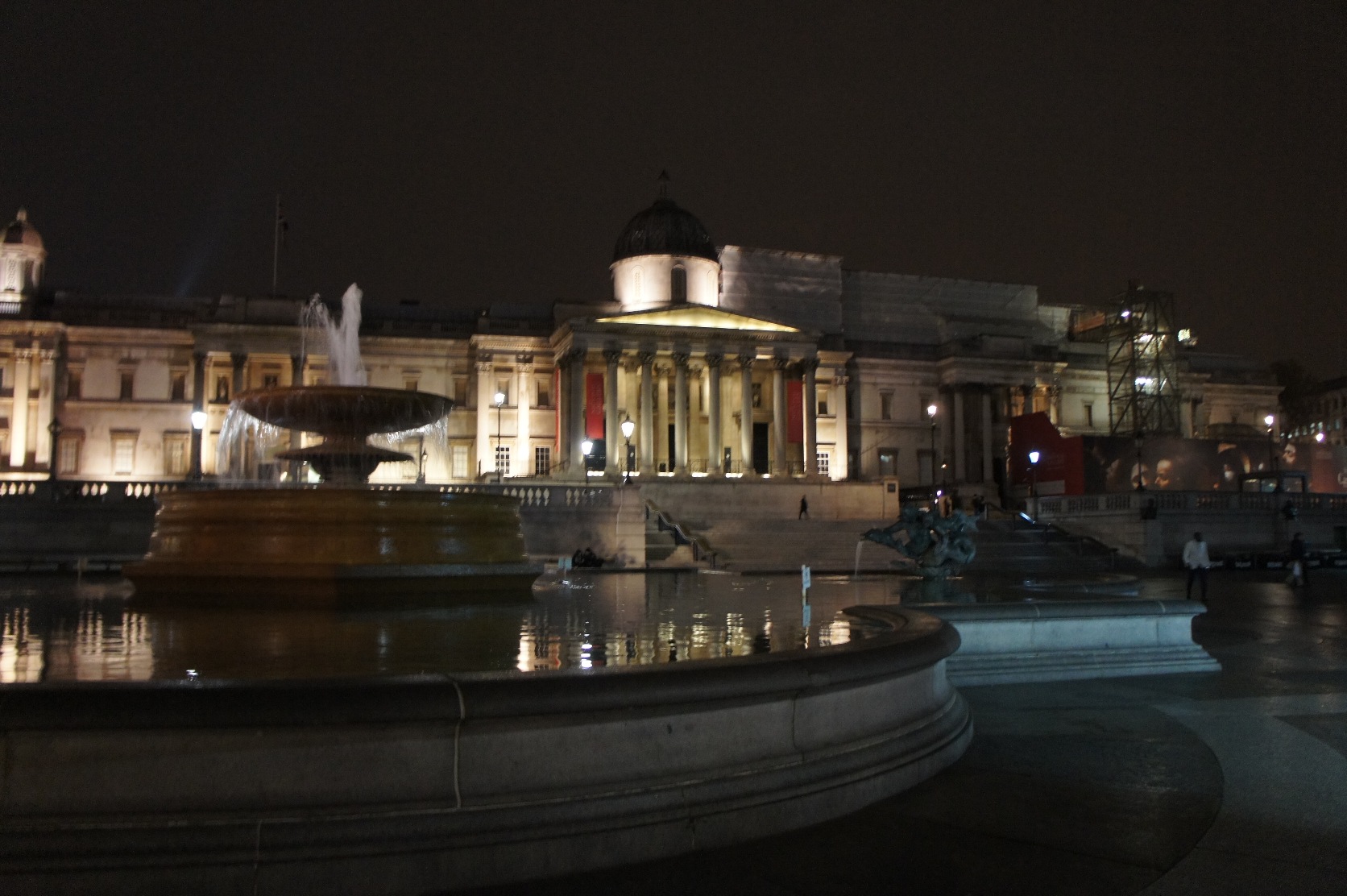 Trafalgar Square is spread in front of the National Gallery。Those made to pray for victory of the Battle of Trafalgar。The past, there is also that William IV was a navy born、It seems to have called me William IV Square。Daytime but few people because the night attracts so many people。Because it was the first time came at night、Naa silence full of sense of Trafalgar Square is also a quaint。 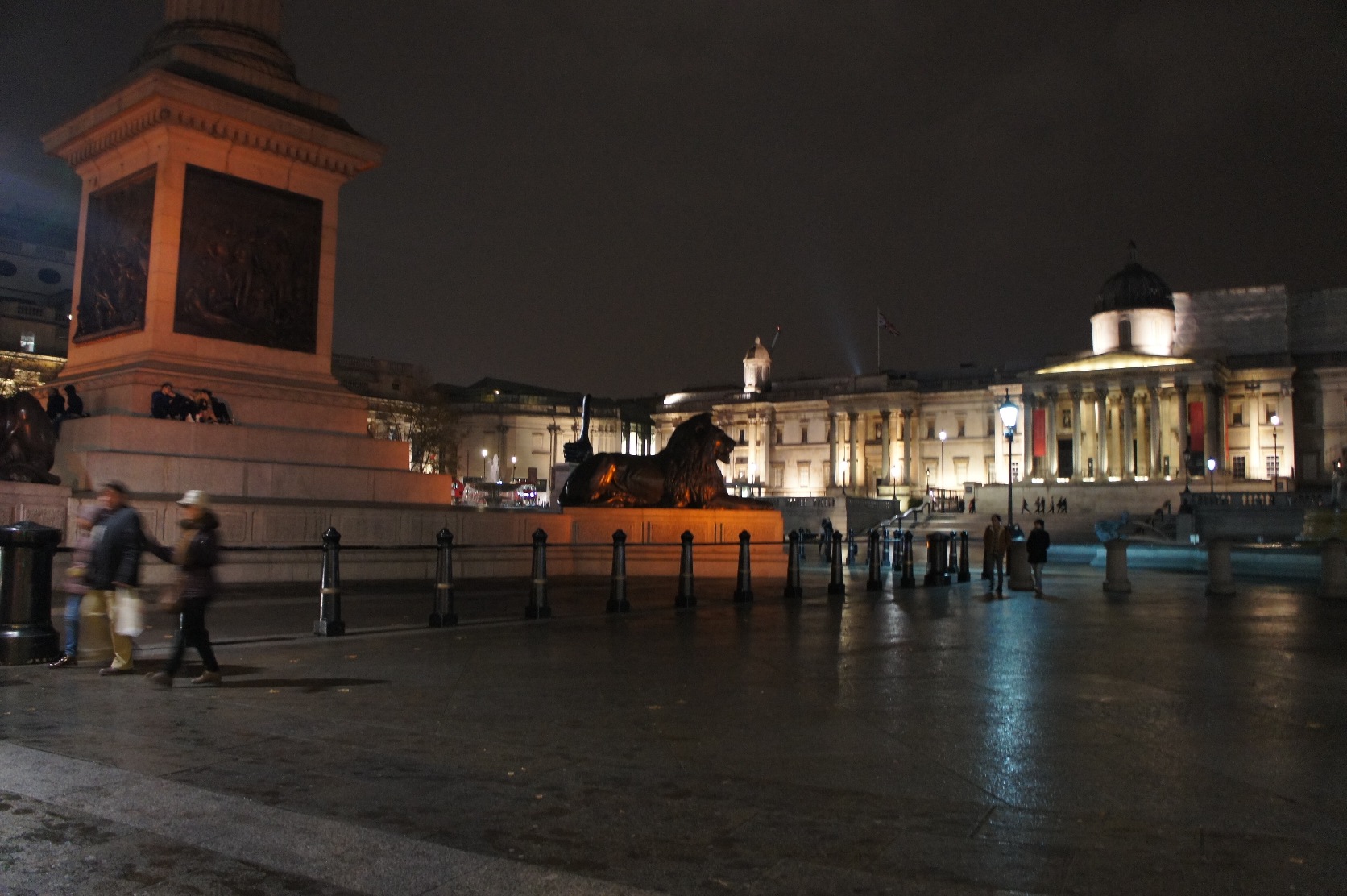 The famous Trafalgar Square wonder if this lion image? So as to surround the Nelson's pillar is located four animals。When Why say whether Lion、Toka because the symbol of the British Empire at the time was a lion。 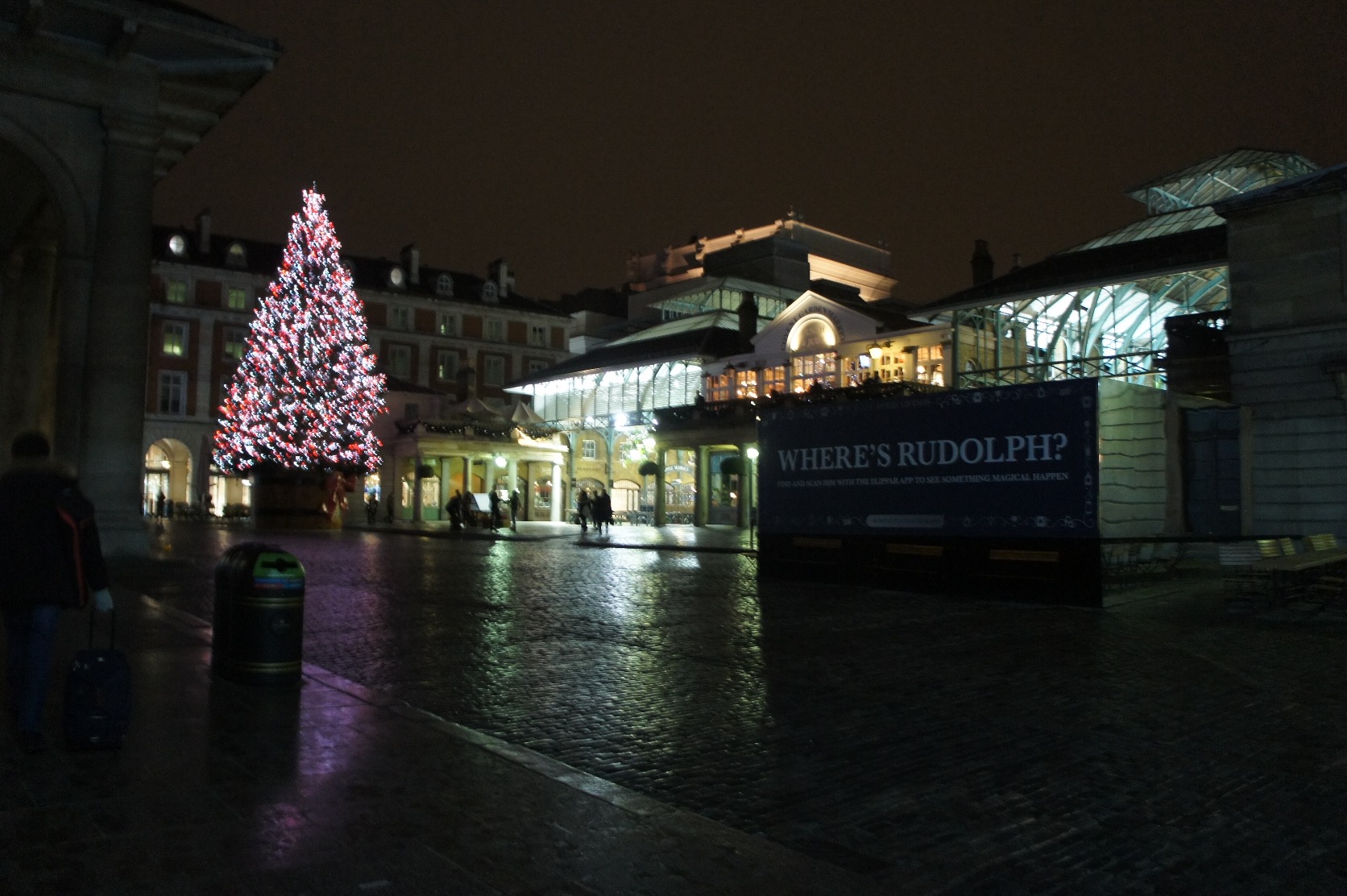 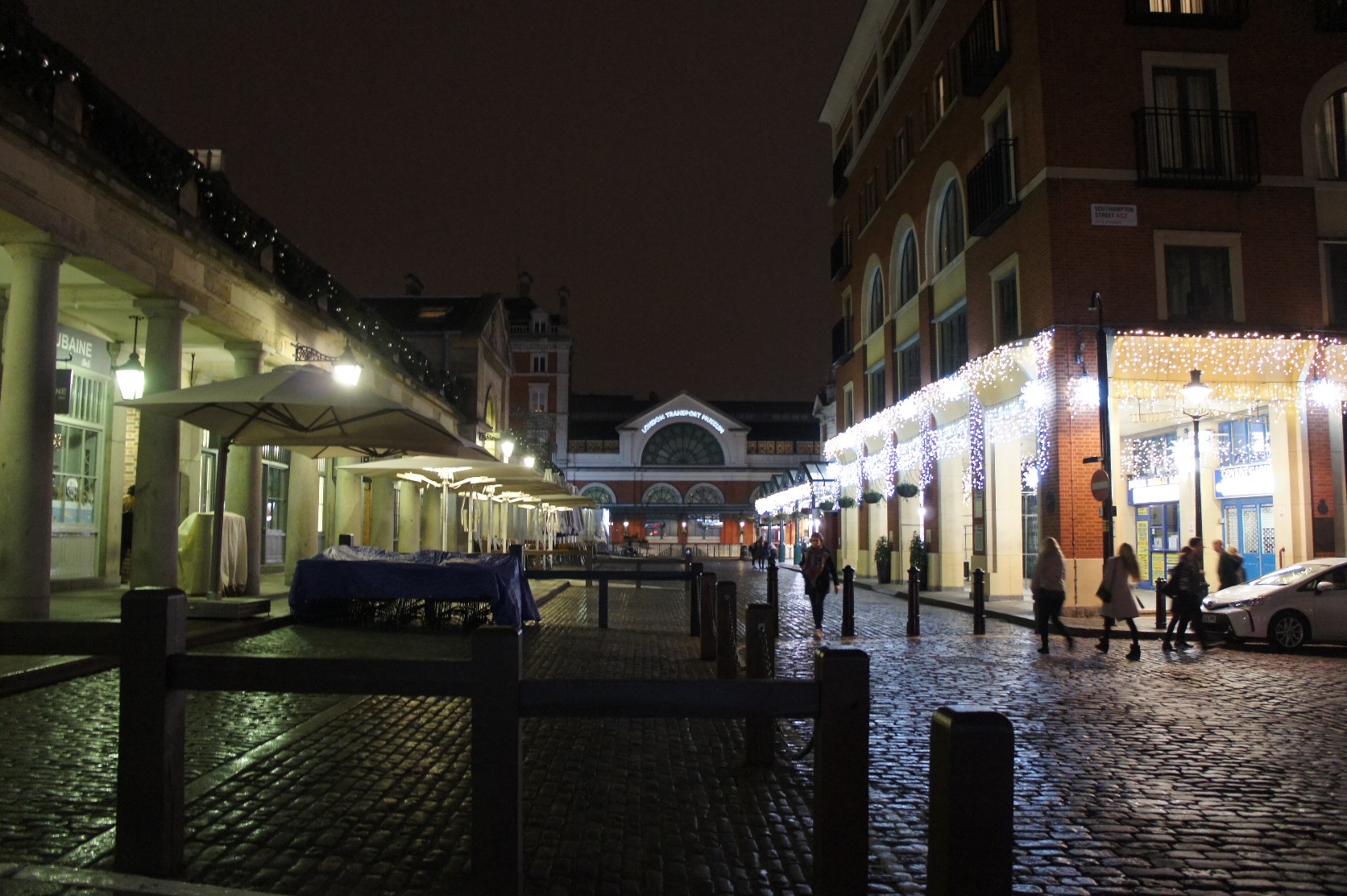 During the day, it spreads stalls full as I have not come out already shop。by the way、It is here that Sara was going to shopping in the famous World Masterpiece Theater "Princess Sarah"。 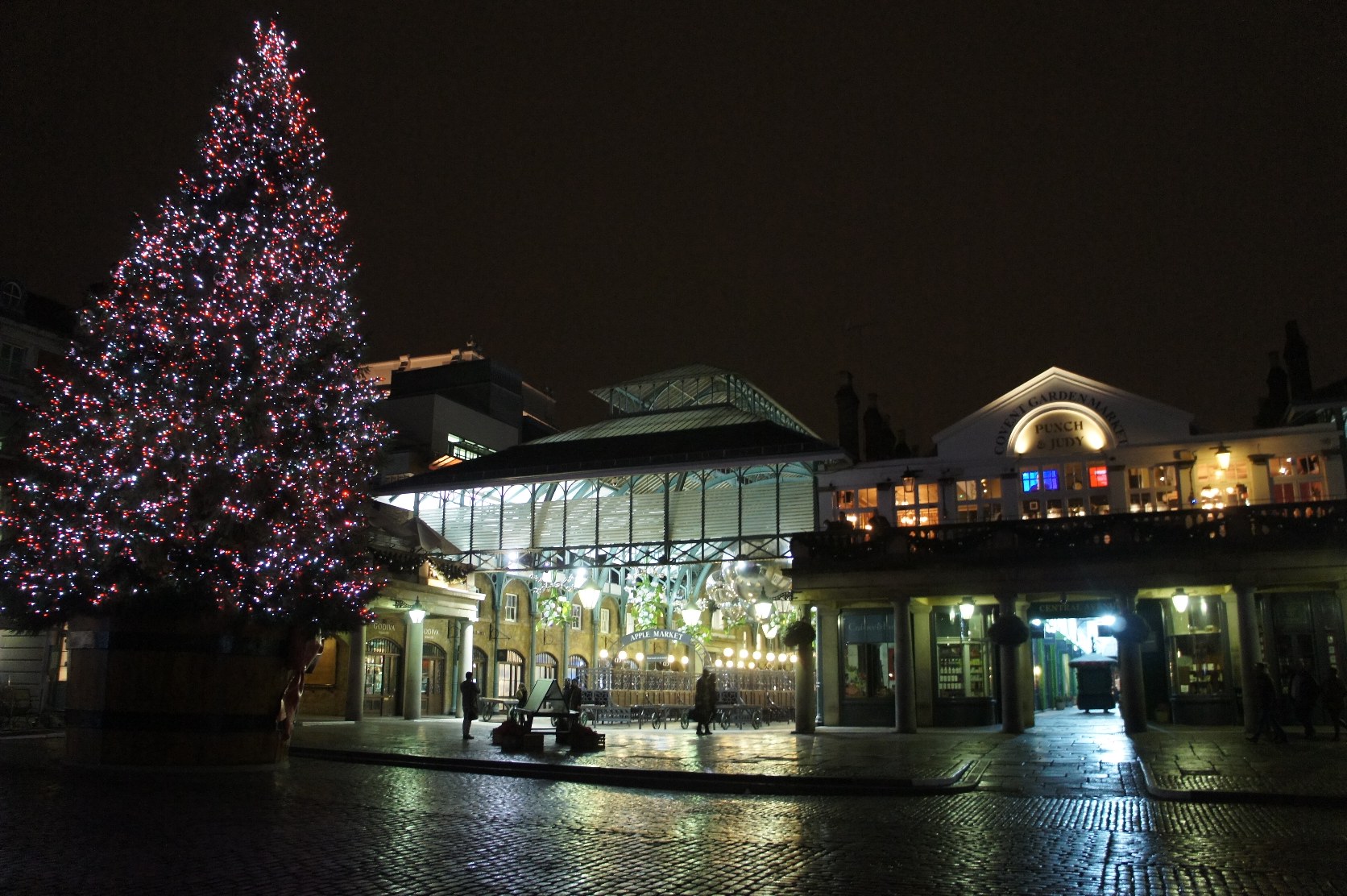 Let's take a little entered because as placed in。 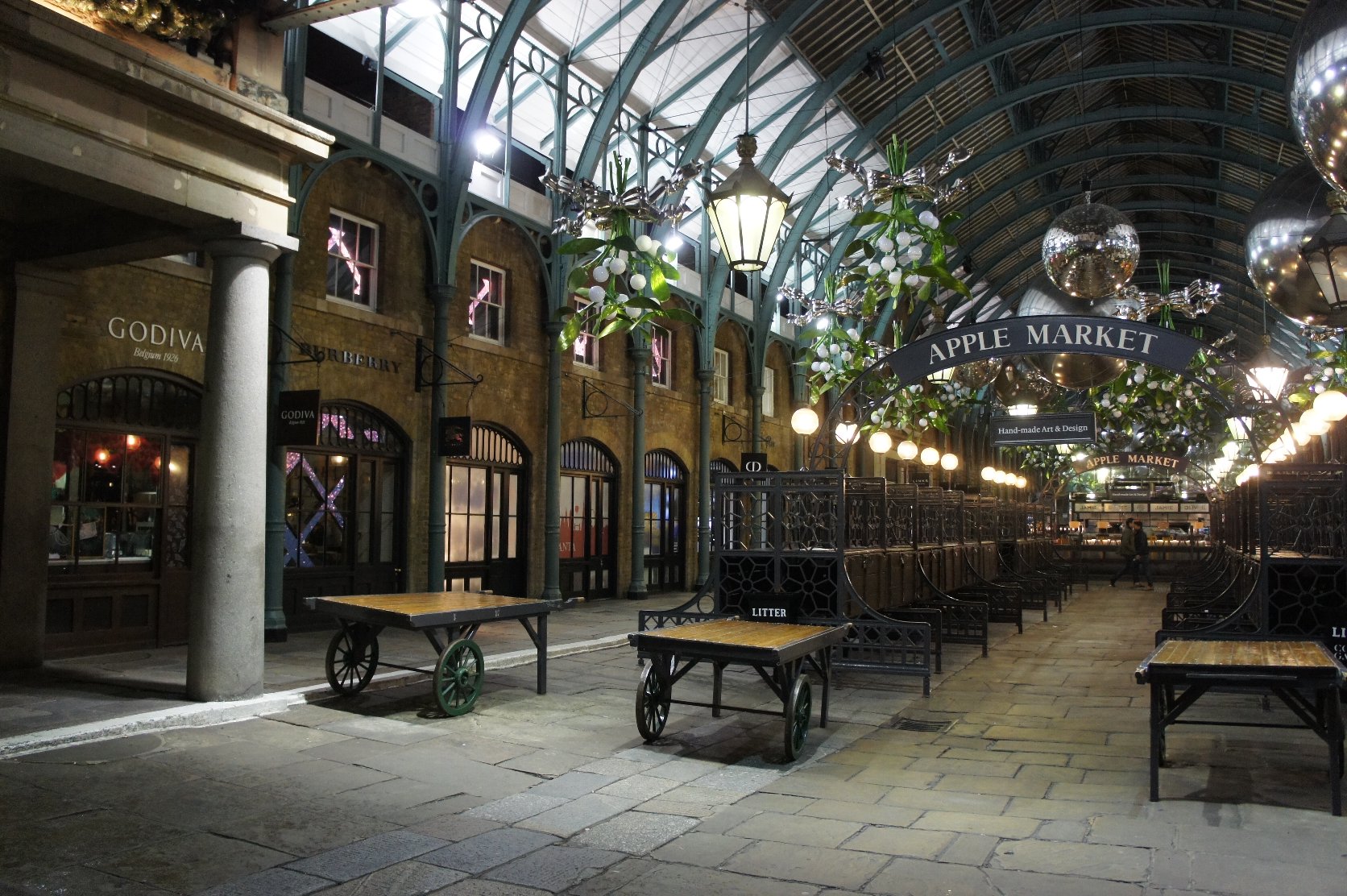 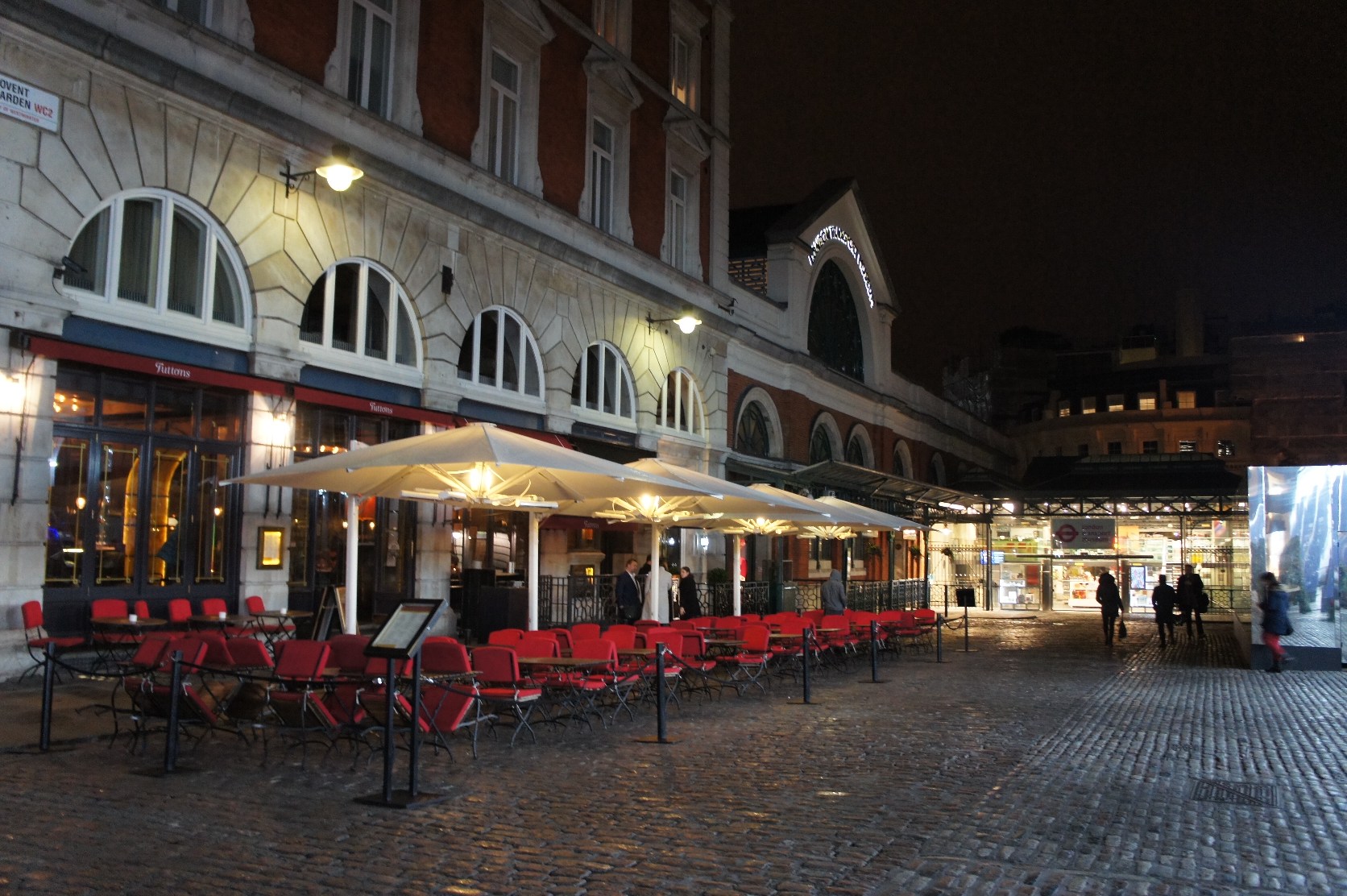 Also I wonder if you have closed restaurants? We're reducing the people at night compared to the Leicester Square。 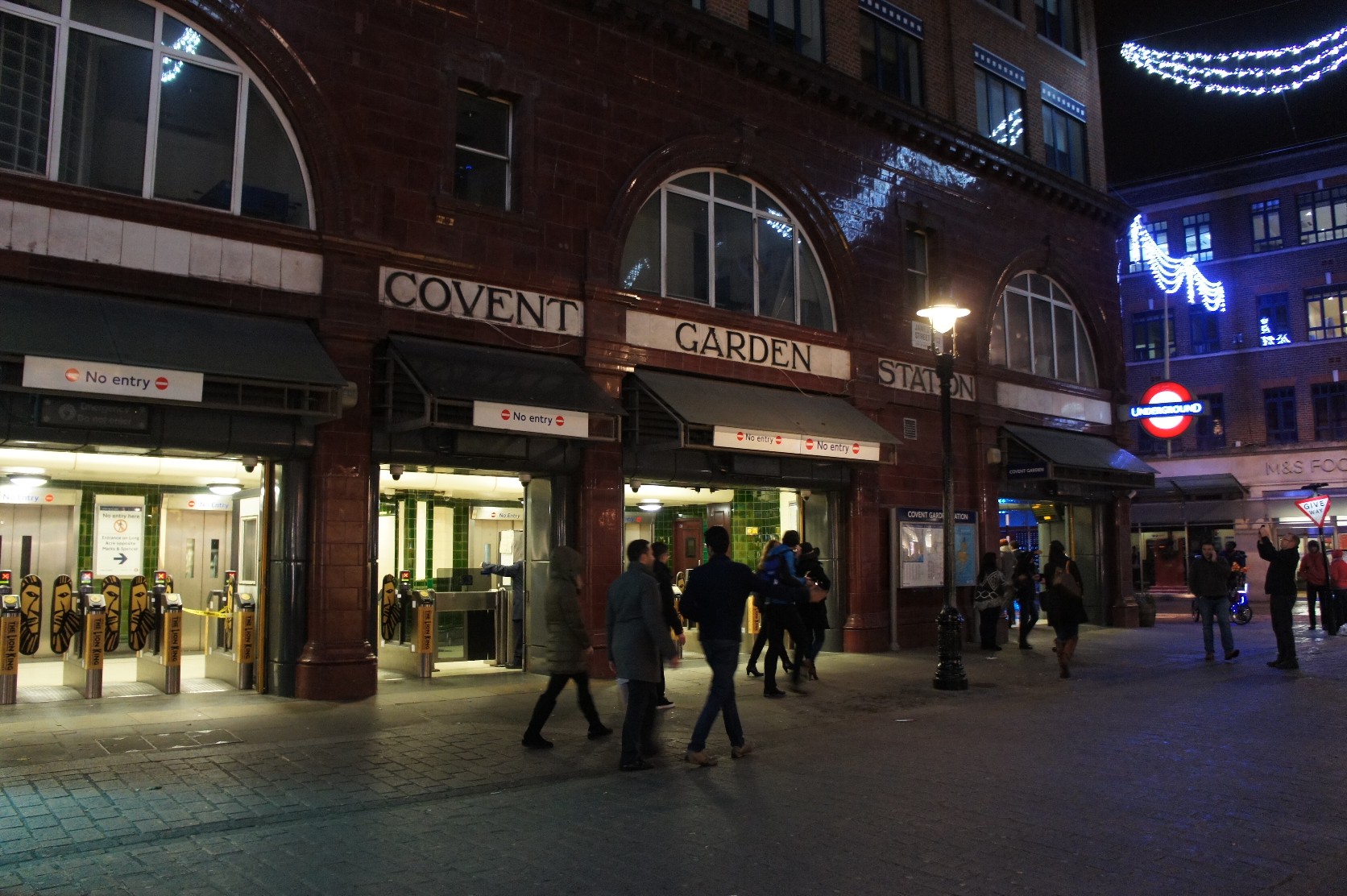 Now、London tourism in this is the end。The following are either Germany or Russia。Sure you either?