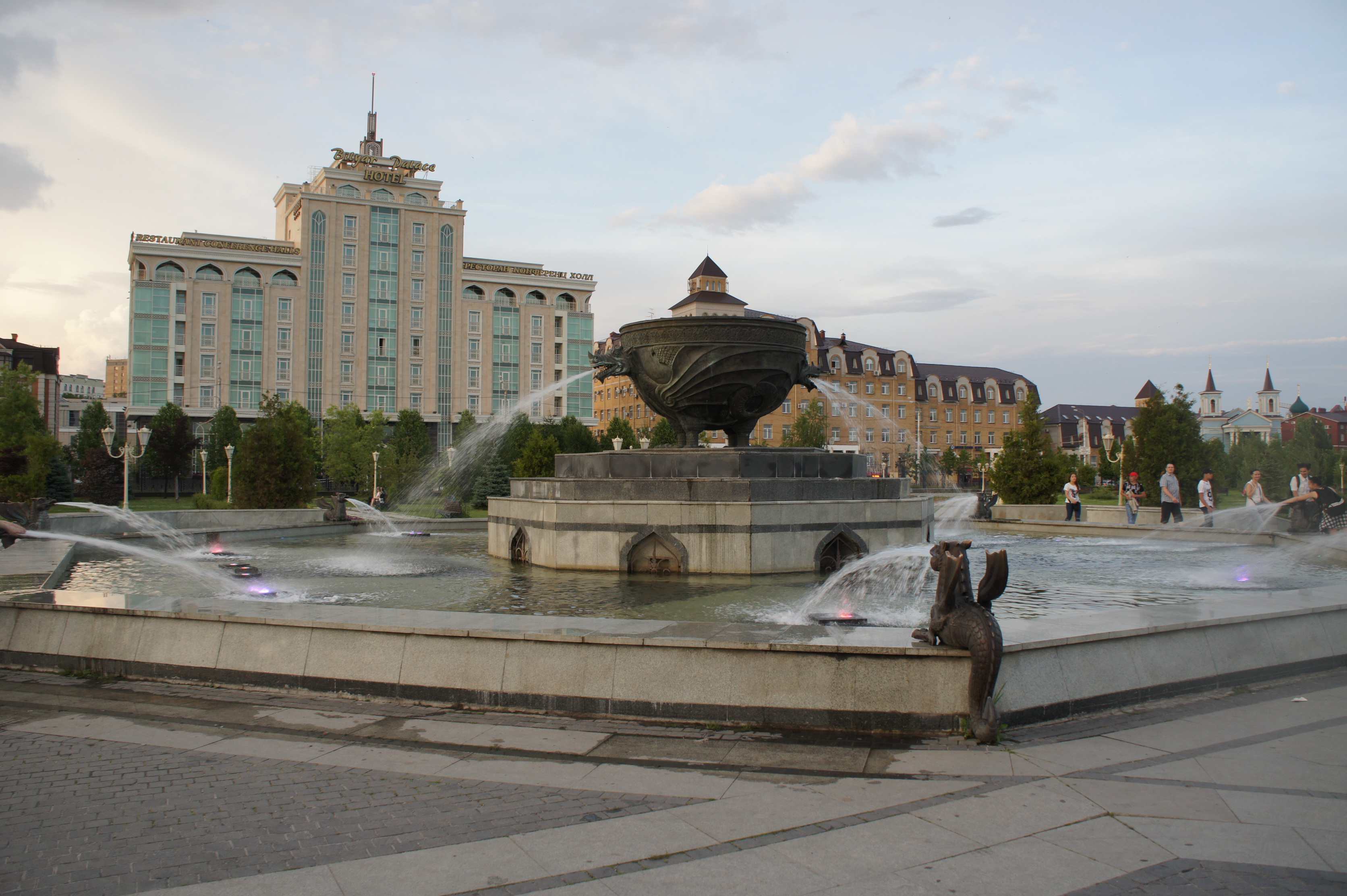 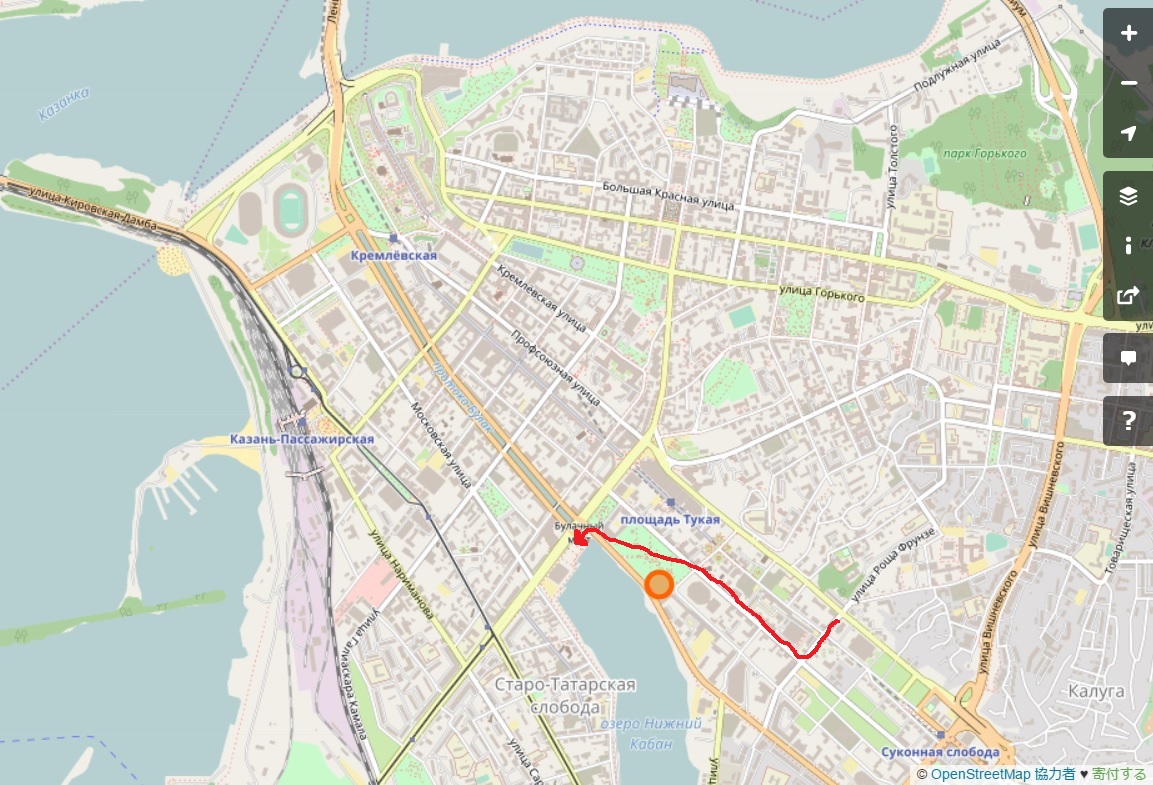 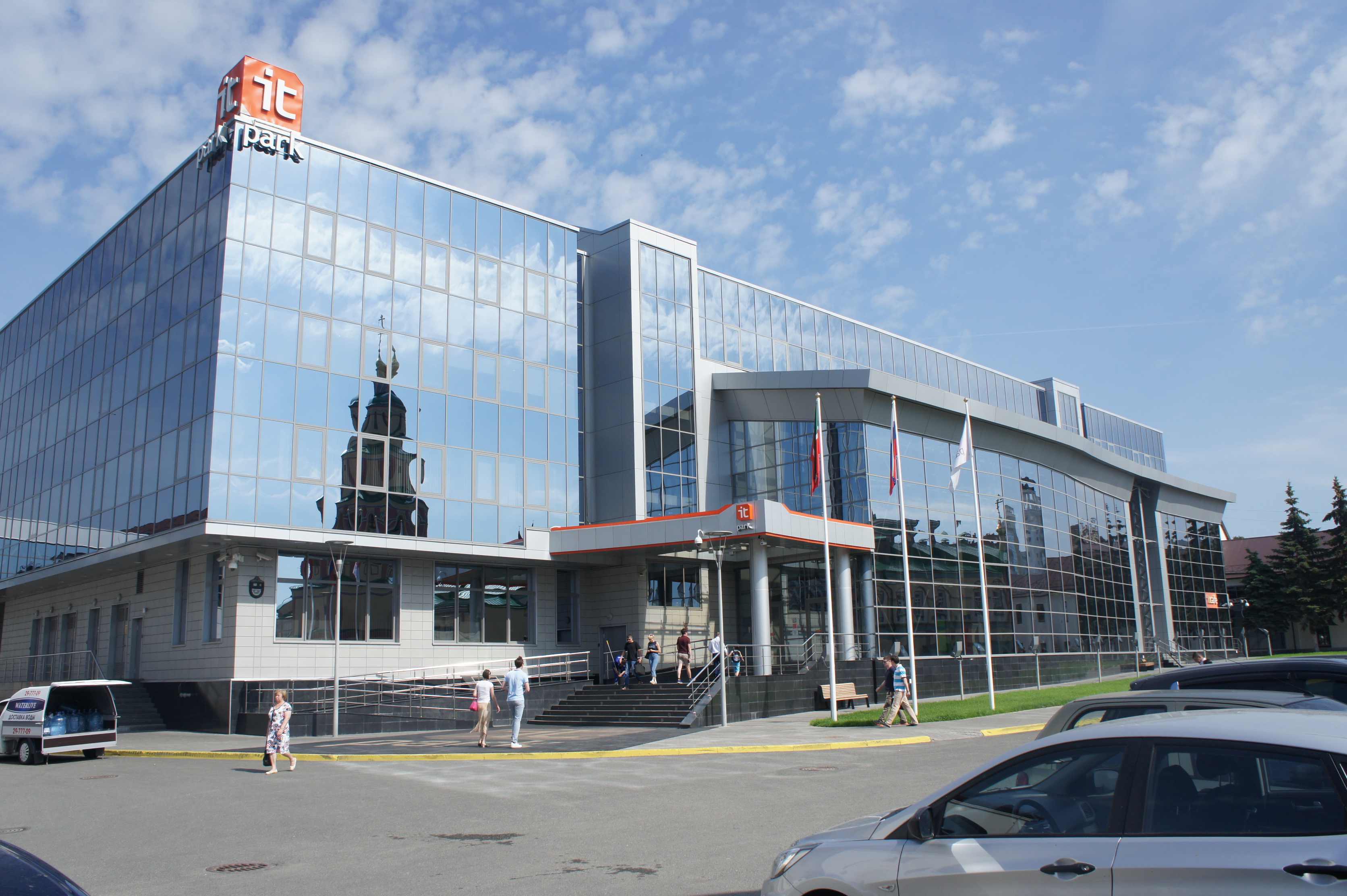 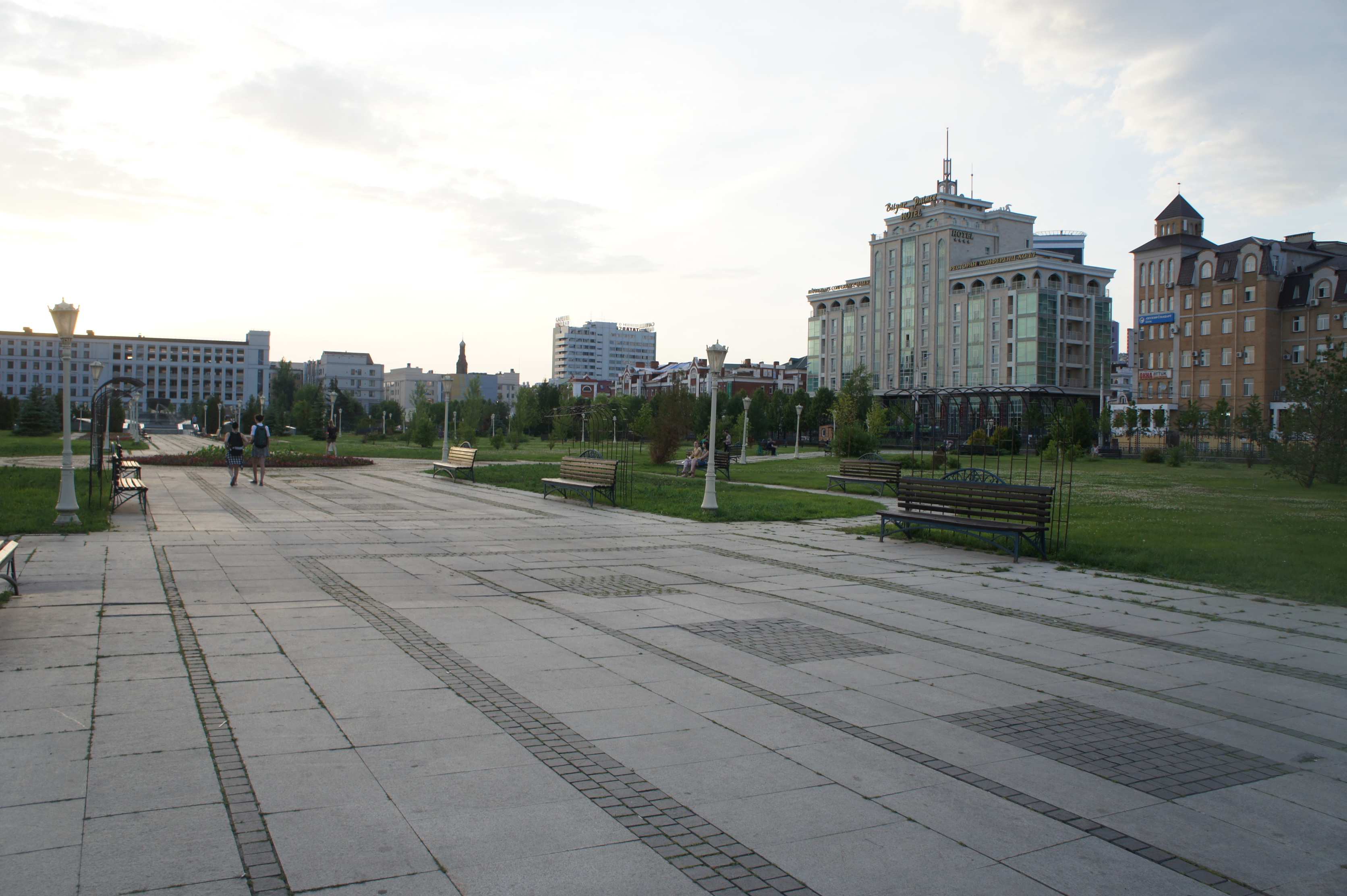 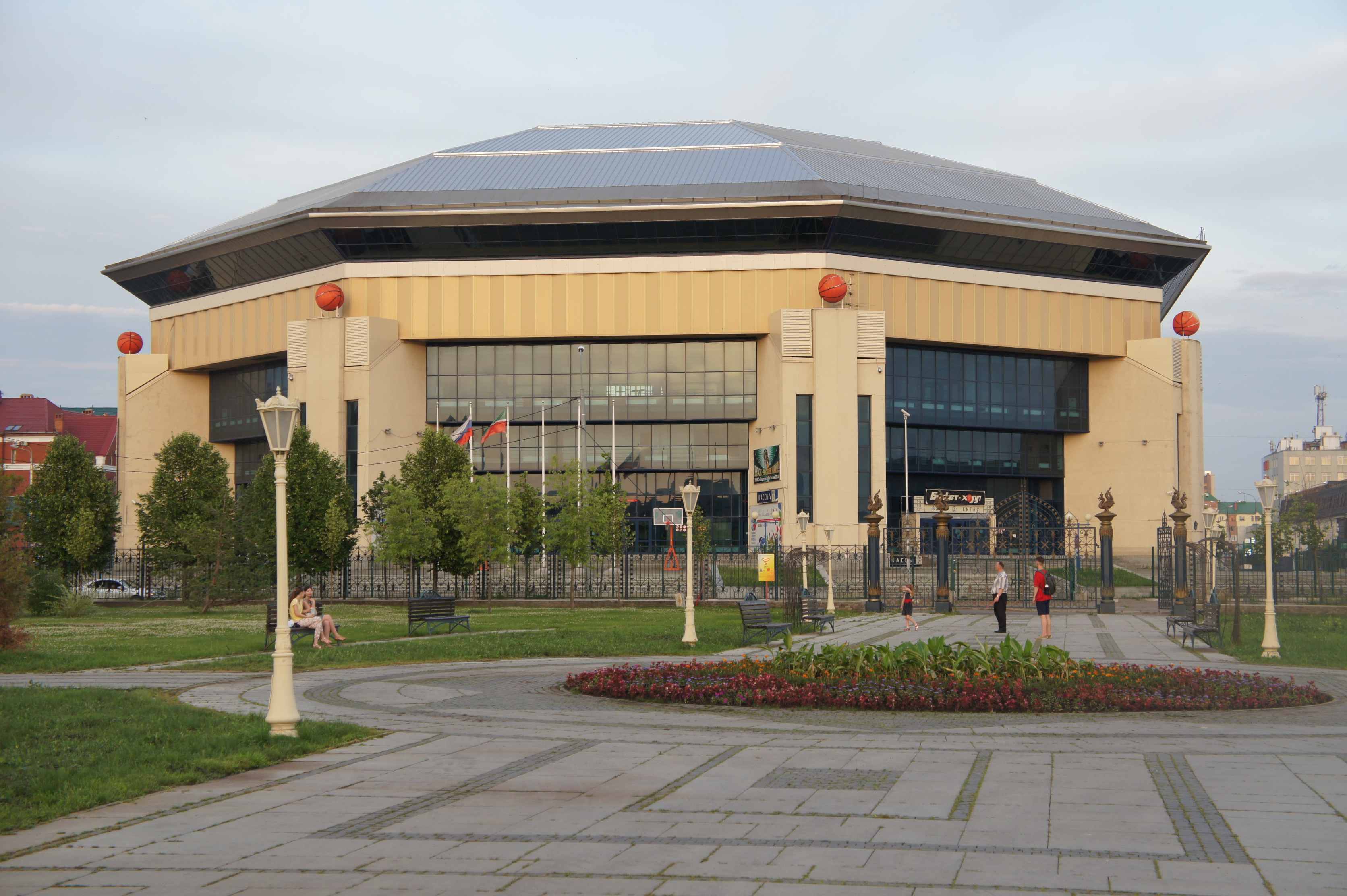 The basket hole is to the south of the park。2003Story of the construction cost, which was built in August year took $ 14 million。Like a facility for the name of street basketball。That said、It seems to be a multi-purpose indoor arena, which is also carried out volleyball and concerts。 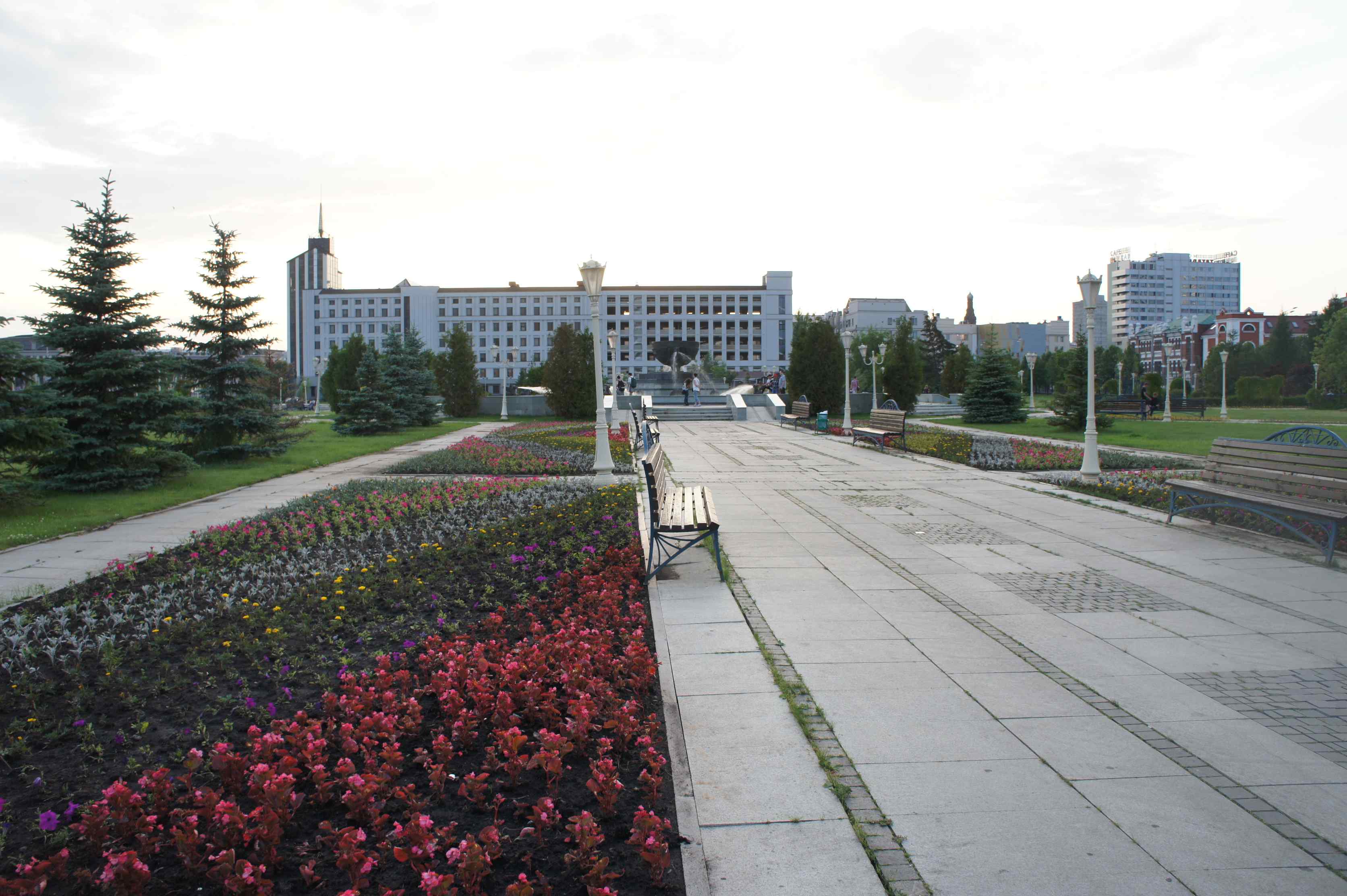 The park had been planted a lot of flowers。Very cozy it seems properly are clean。cozy!

The fountain is there in the center of the park。Object of the cauldron in the middle has Russian word for cauldron that is also derived from the city name "KAZAN" motif。This "KAZAN" is to have been made by "(Jutland in the local language) Jiranto" creatures on the legend、It has been reported to have born the current Kazan city in that he had been buried in the ground "KAZAN" was boiling。Guy I ...... Well Frequently legend。 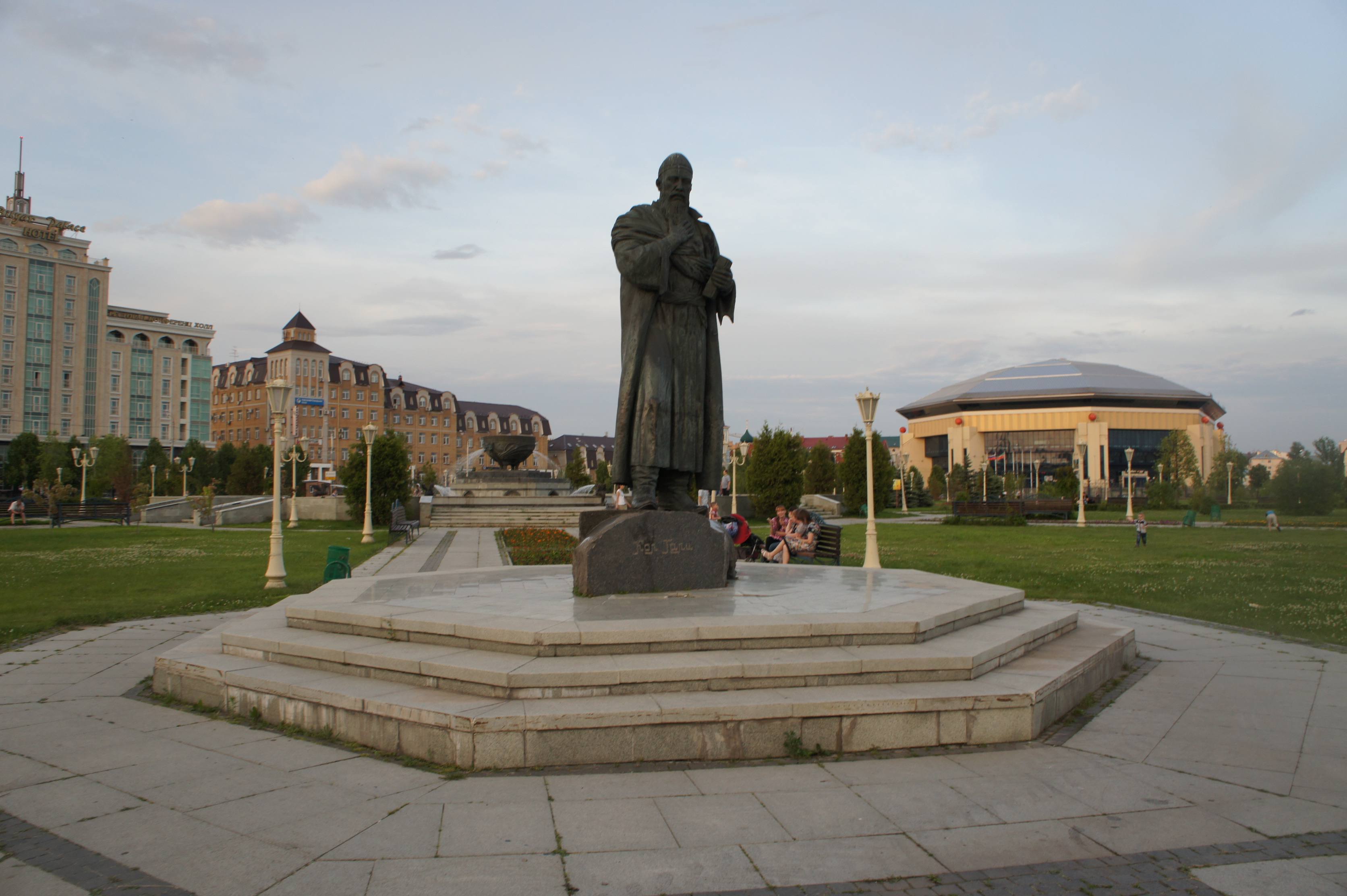 His famous work is "Qíssai Yosıf (Tale of Yusuf)」。I wonder if it's Japanese to say "the story of Yusuf"? But I have never heard。 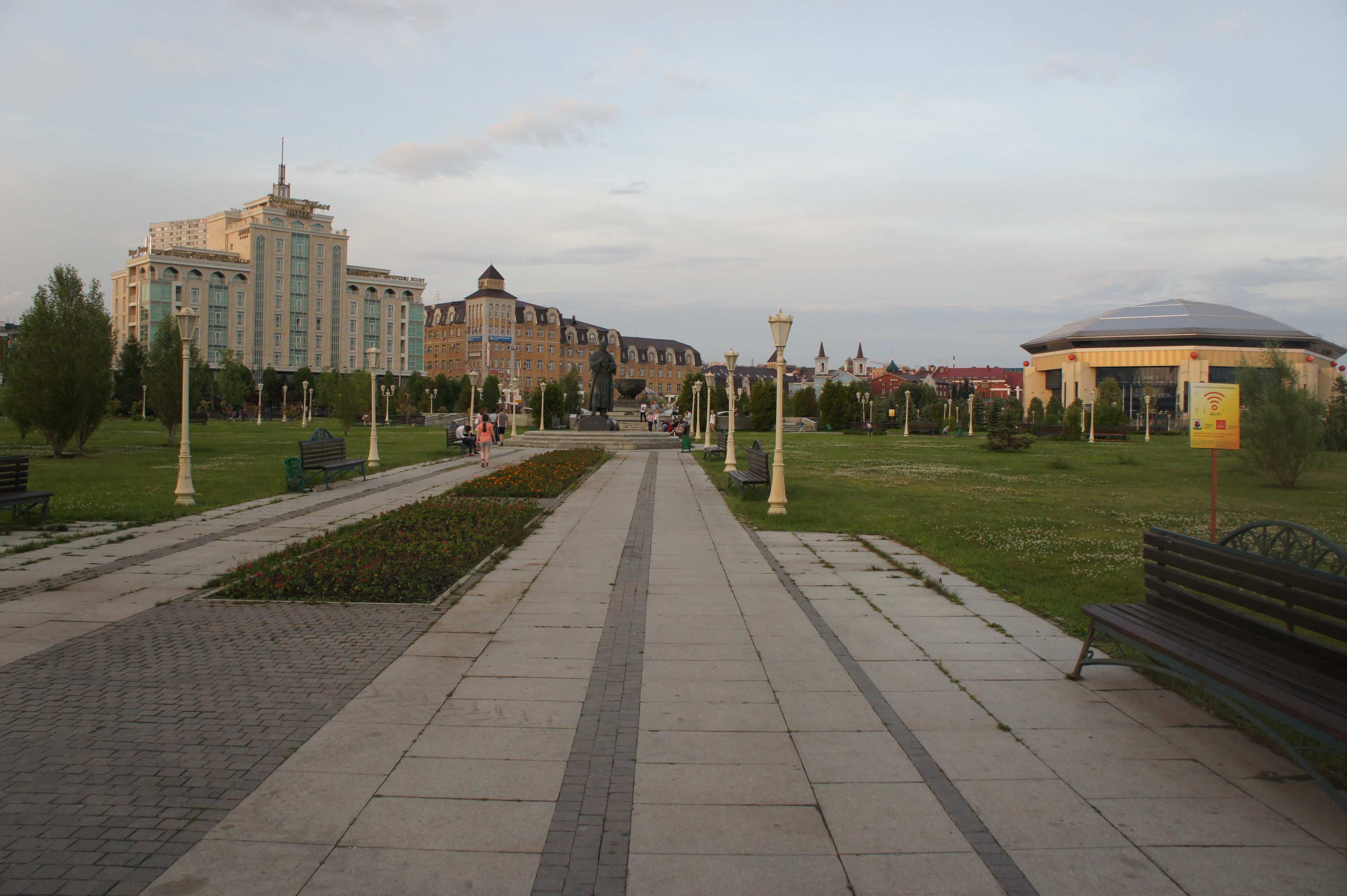 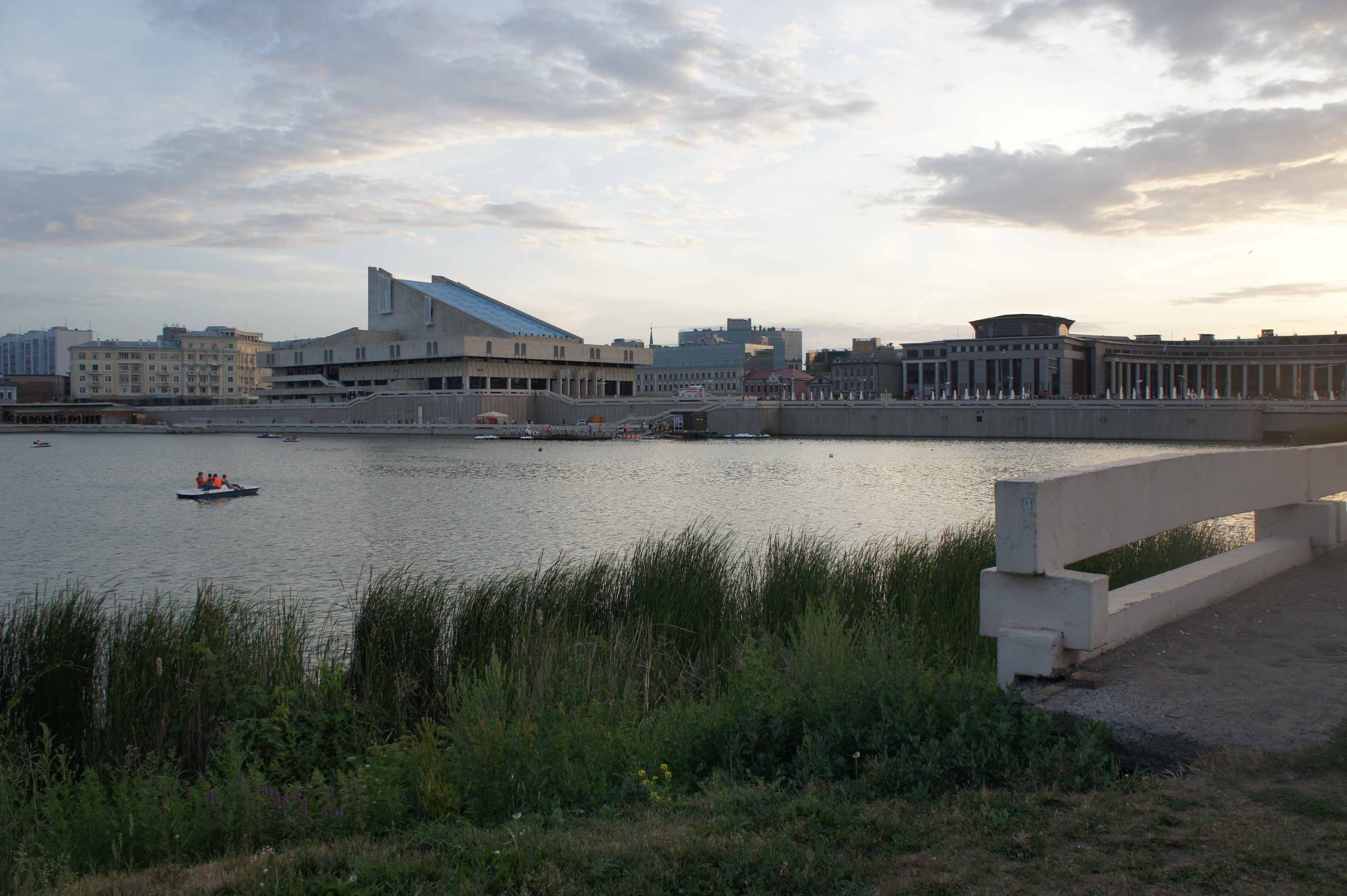 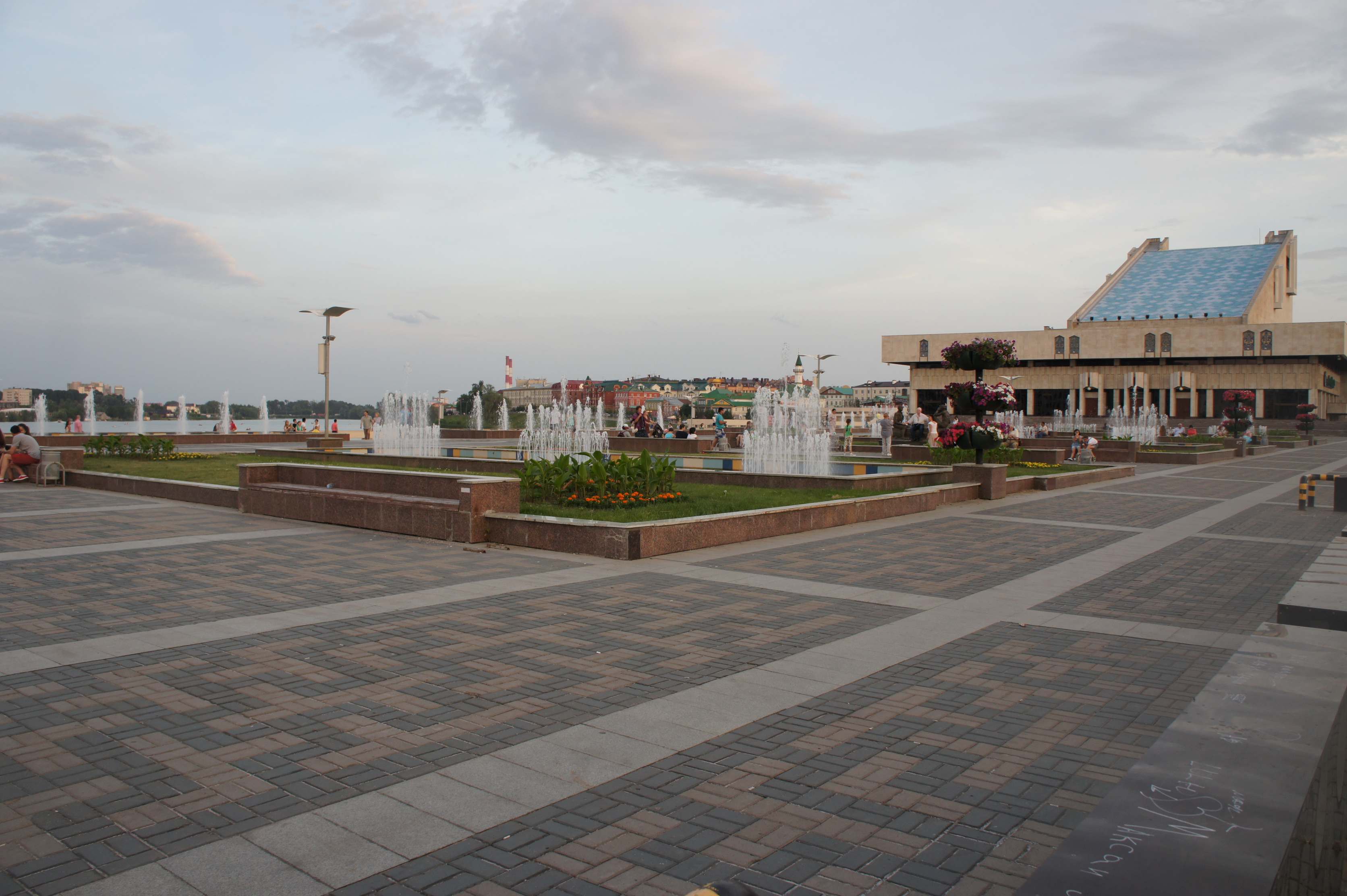 arrival! Theater or something Kamal theater。The name is derived from the playwright Galiaskar Kamal、1906Theater quite a long history, which was built in December。Kamal's is famous even in translation activities、The literature of the Russian has been said to be the pioneer that was translated into Tatarstan language。 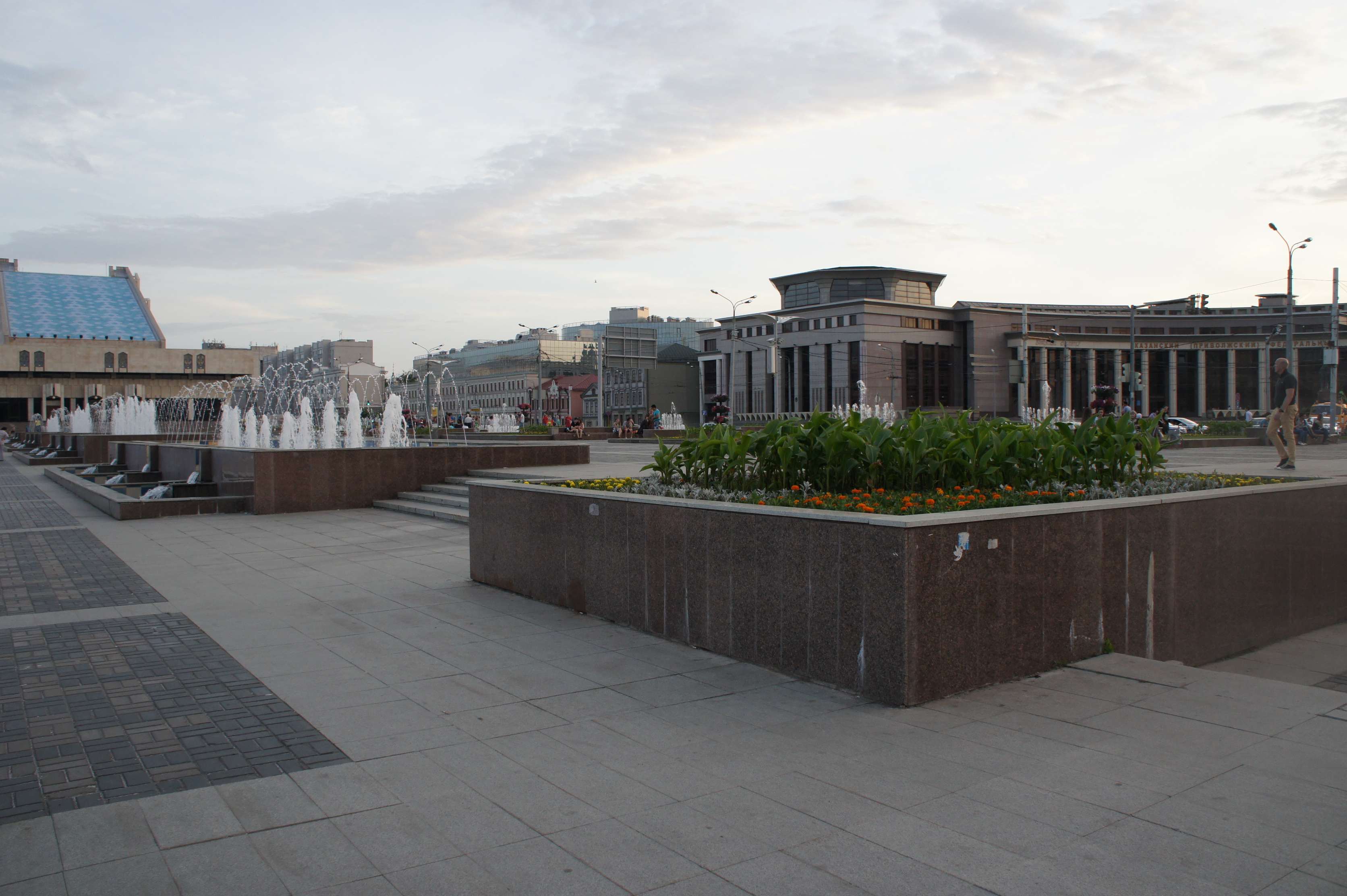 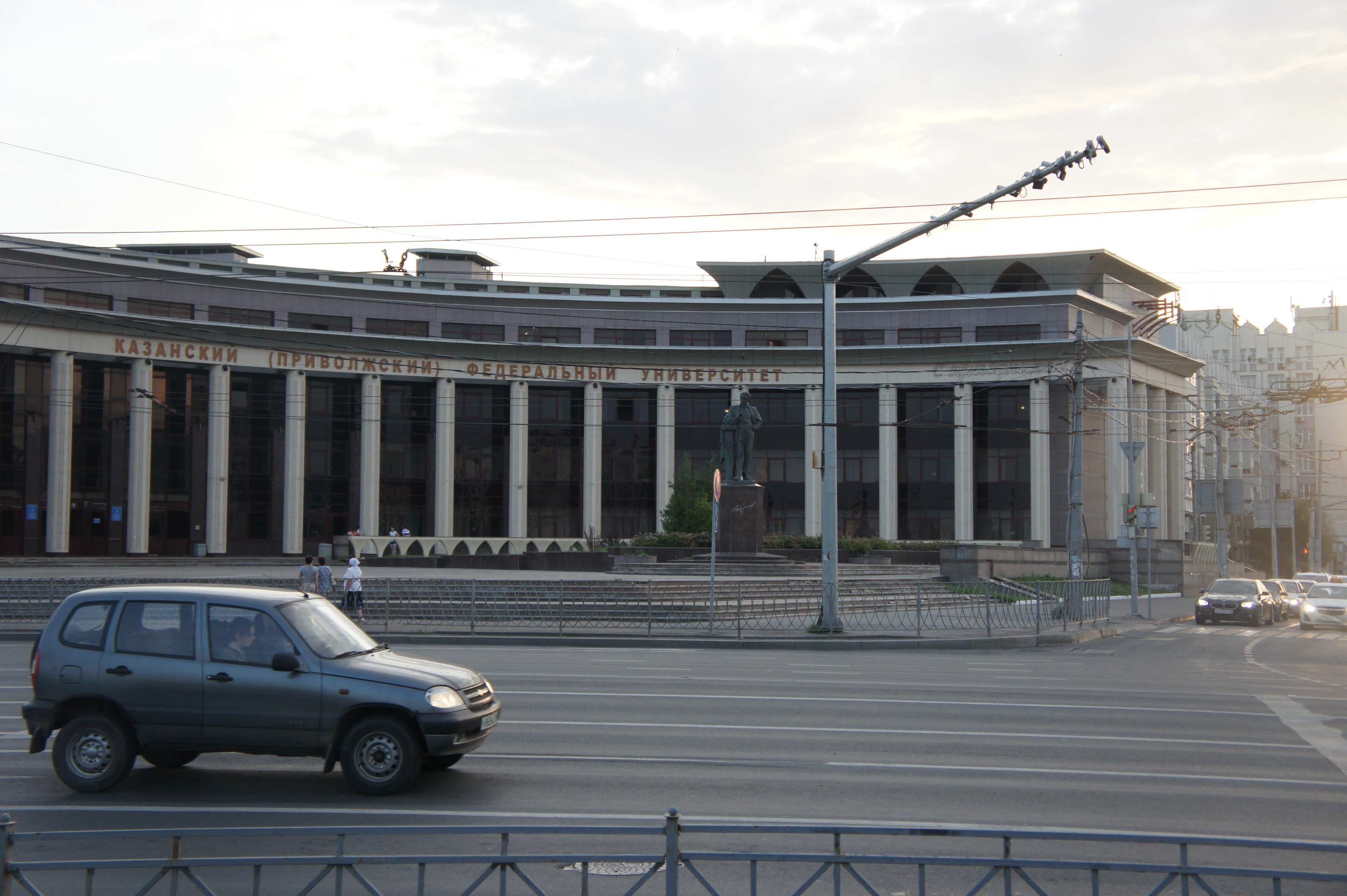