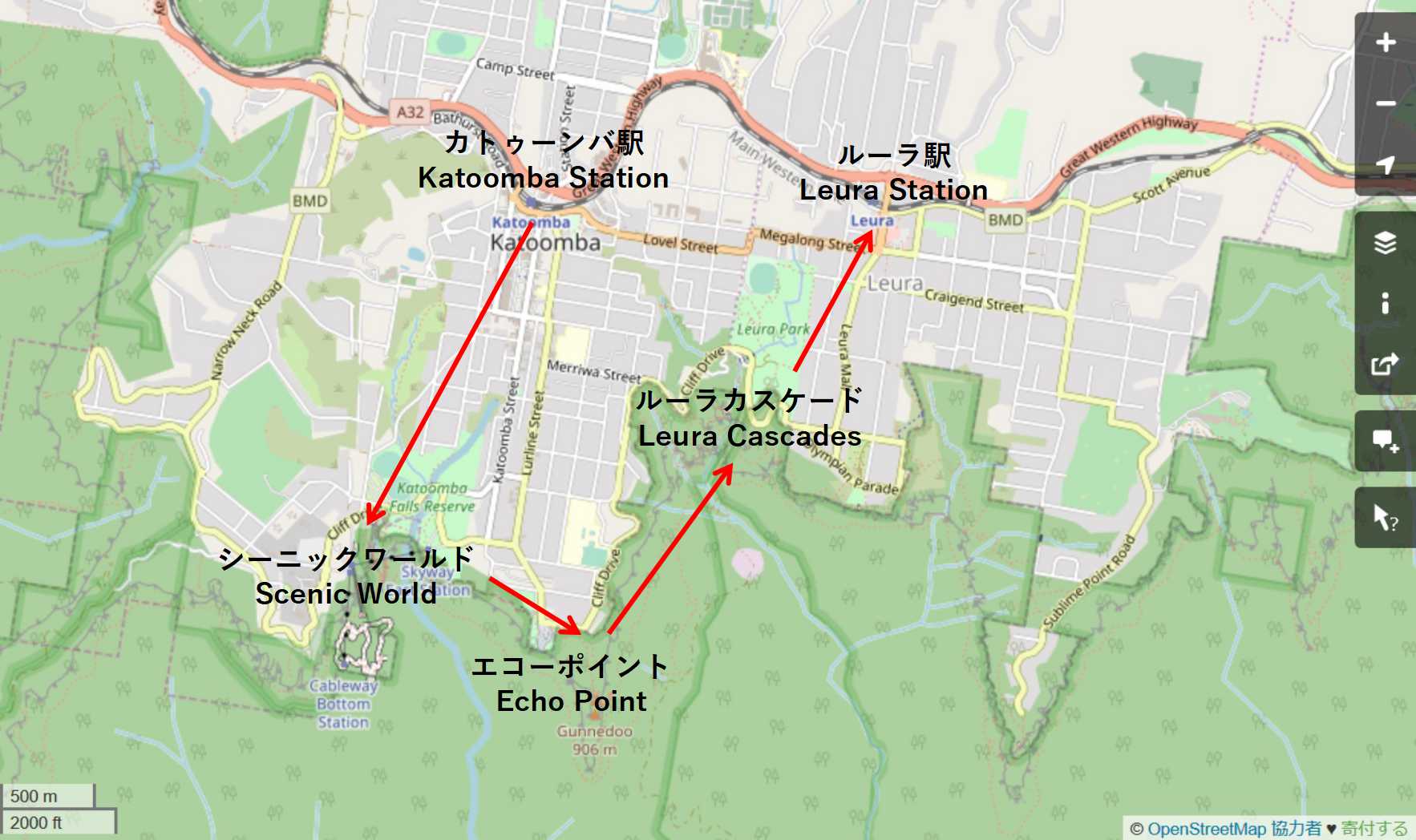 But I just want to say immediately ...... the travel diary of the Blue Mountains、First of all from the schedule created。When I was Internet search in the Blue Mountains day trip、The way back, we learned that there is a coming route back to Circular Quay ferry ride from a place called Parramatta。

The Blue Mountains you may go on Sunday。Sydney transportation IC card "opal card (Opal Card)" is has been set upper limit fee per day、In particularSunday, getting on and off many times at the upper limit of 2.7 Australian dollar lower (2019 of May)It will be able to! ! Always Since this fee are subject to changeNSW HomepageIn the check。

so、Furthermore, what that of the upper limit of the Opal Card is can also be used to ferry! That it would ride to the ferry at 2.7 Australian dollars that、Downright deals too much of ......

Sydney - Katoomba (From Sydney to Katoomba) 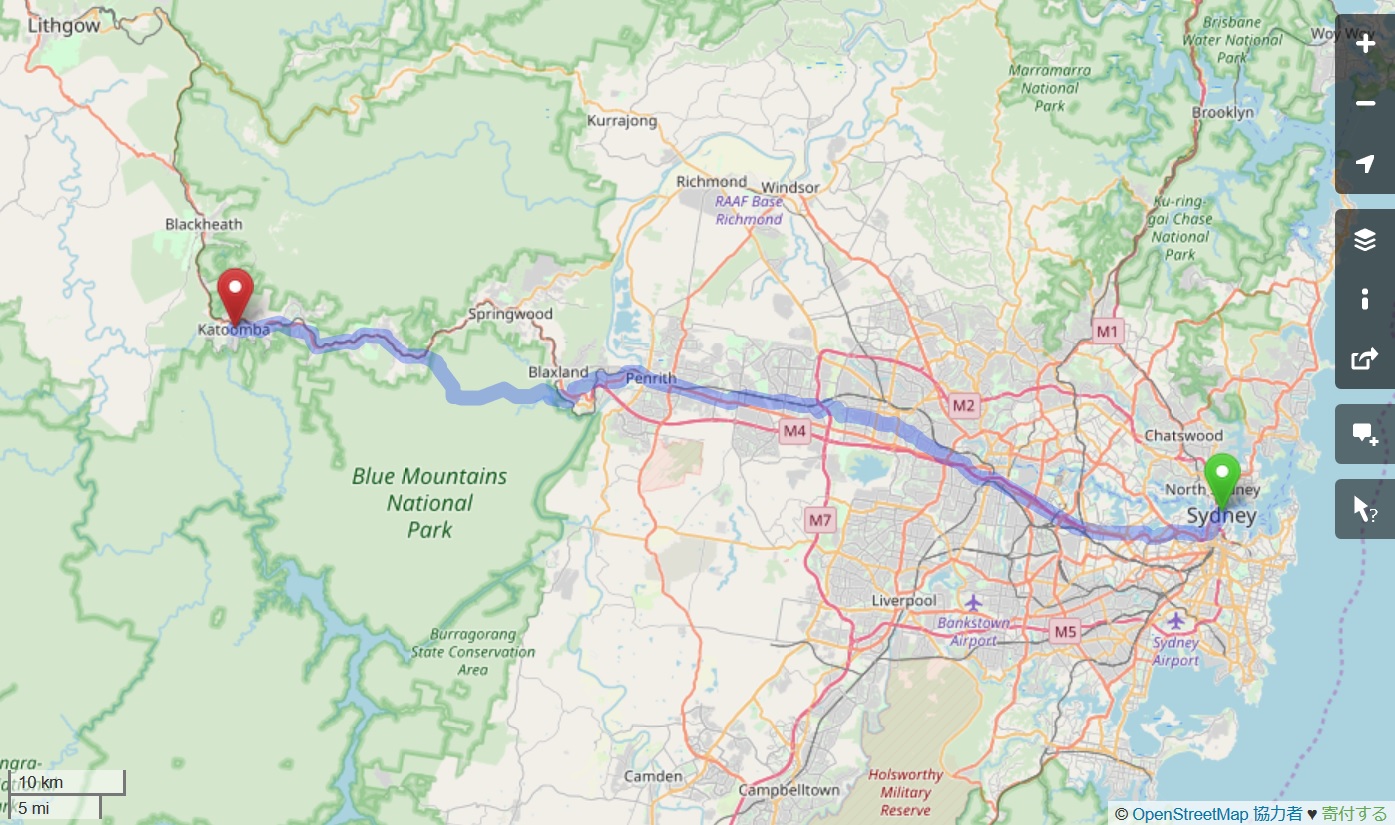 Select the "Current" in the PDF timetable。

Of the open PDF the left side of the "Central to Lithgow and Bathurst," "Weekends & When you click the Public Holidays "is the time table that corresponds to the main window will be displayed。Time that is written in the back at the top looking for a time that you want to arrive at the "Katoomba", "Central" is the time to leave the Central Station in the。

In the present case、At Katoomba Station 10:15In order to ride to hop on a bus of 9:48Since it is necessary to have arrived in、Sydney Central Station 7:54You will ride to the calling of a train。

so、The figure above that shows the riding time of the bus that takes into account the tourism scheduled time at each point。Surely before sunset because I want to return to Sydney、Ruler station 15:26Originating Parramatta station 16:50I wanted to ride just to train wearing。Might be a good even here, remove if there is no time because the residence time of the ruler cascade has become quite tough rather than。I was sightseeing running (laughs) 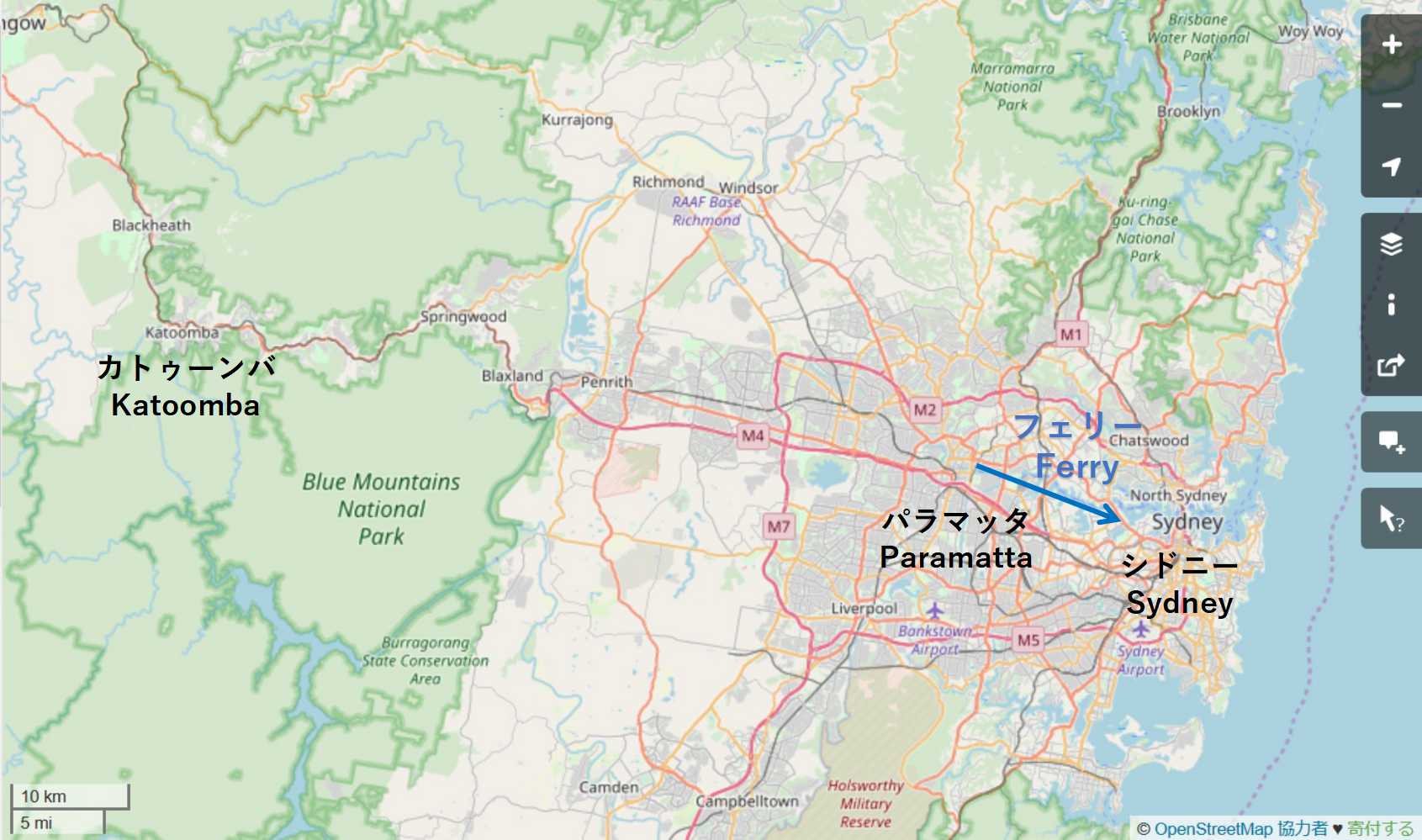 againNSW HomepageTime table that was borrowed from。This time of "Bathurst and Lithgow to Central," "Weekends & Select the Public Holidays "。And it will focus on "Parramatta" from the "Leura" in the main window。Ruler station 15:26The ride to the outgoing 16:50In is likely to be arrived at Parramatta station。

「Parramatta River to Circular Quay」の「Saturday & Select the Sunday "、Let's check the departure time of "Rydalmere" in the main window。This time 17:58Issued 19:04I will ride to the wearing of。Sunset of this day 19:50That likely put in Sydney out somehow bright because it was。