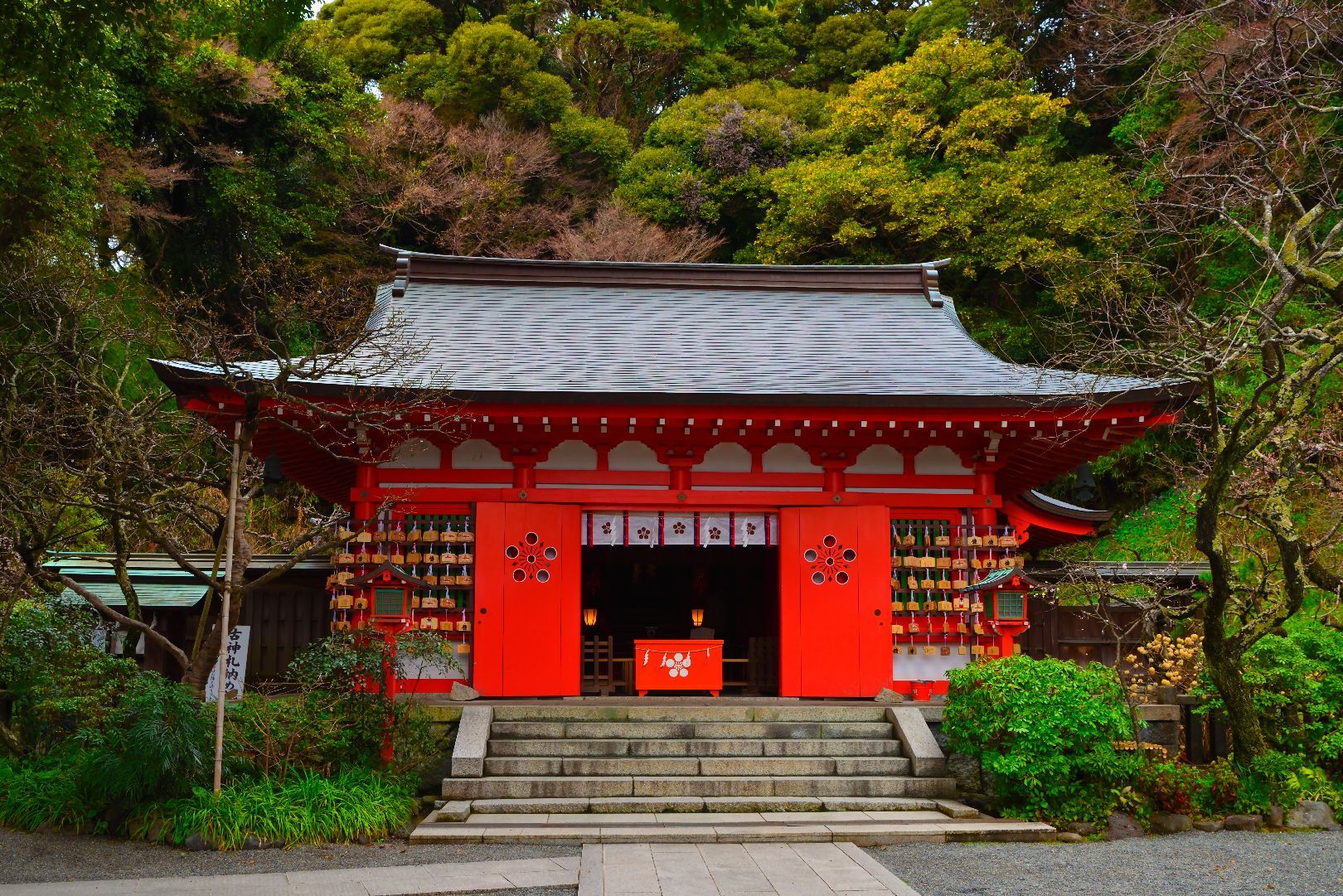 Next to Tsurugaoka Hachimangu, go to the grave of Minamoto no Yoritomo。By the way, the grave of Hojo Yoshitoki, who is the protagonist of the taiga drama "The 13 Lords of the Kamakuraden", is also nearby, so after stopping by there、Egara Tenjin Shrine、The scope of this article is to go through to Kamakuragu and head to the Kanazawa Highway area.。

Aside from Egaraten Shrine and Kamakuragu, I thought that the grave of Minamotoyo was a place that no one would stop by if it wasn't influenced by the taiga drama (individual impression).。 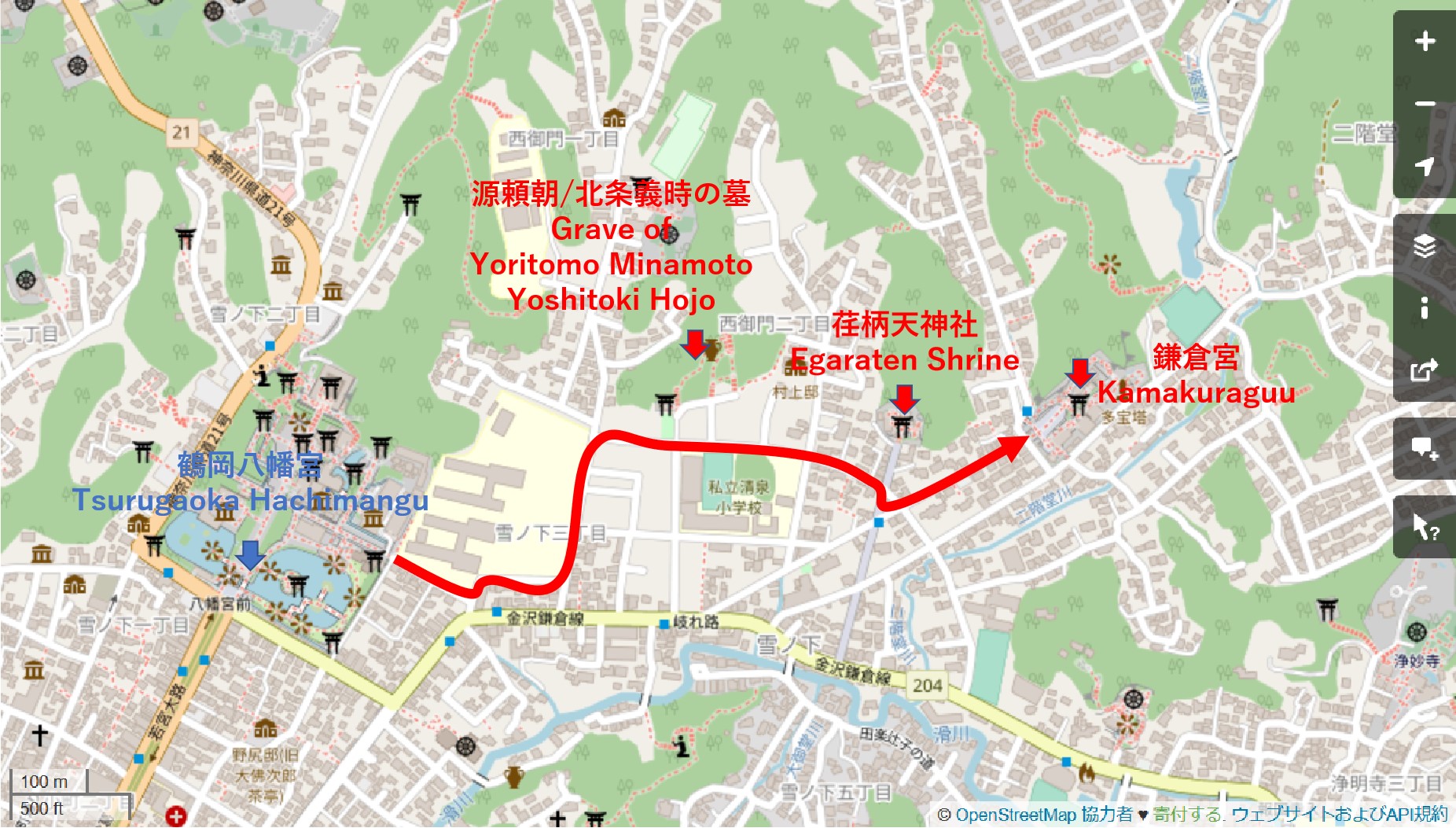 To get to the grave of Minamoto no Yoritomo, it is better to go out from the eastern torii gate on the east side instead of going out from the large torii gate at Tsurugaoka Hachimangu.。If you walk along the Kamakura Elementary School / Junior High School attached to the Faculty of Education, Yokahama National University on the left side, there are information boards to the grave of Minamotoyo in some places, so if you follow the guidance, it's OK.

Both the grave of Minamoto and the grave of Hojo Yoshitoki are up the stairs.。In particular, the tomb of Hiromoto Oe is located at a higher place, so I think that I will use my physical strength in the middle.。

You can reach Egaraten Shrine and Kamakuragu without any problems if you follow the information board.。On the map, it's about 1km from the east torii gate of Tsurugaoka Hachimangu to Kamakuragu.、Actually, it goes up the stairs a lot, so it's better to think that it's harder than expected.。 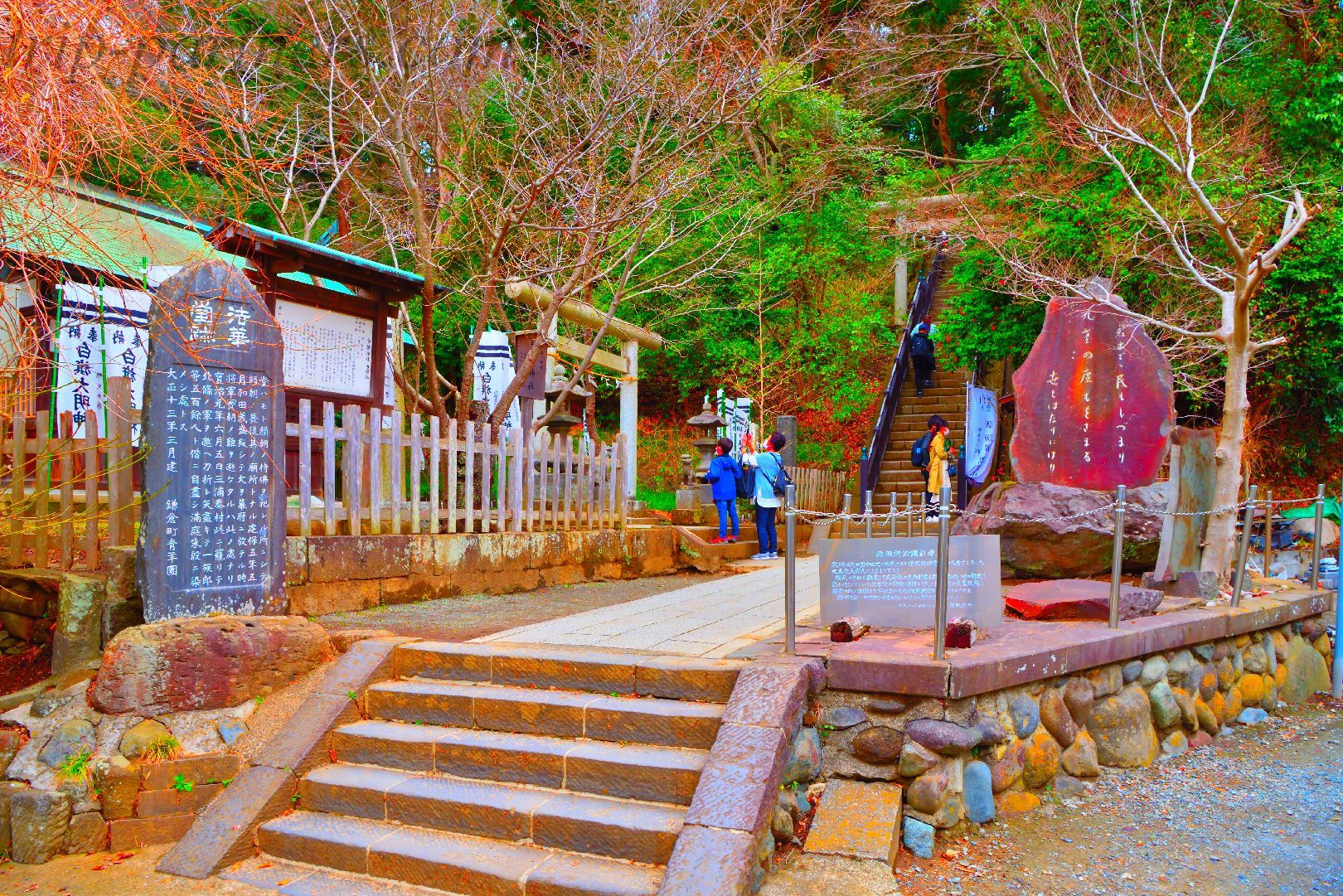 Shirahata Shrine is on the left of the photo。At the top of the stairs is the tomb of the first shogun of the Kamakura Shogunate, Grave of Minamoto.。Because it is such a remote area, tourists are constantly coming。Awesome taiga drama effect。 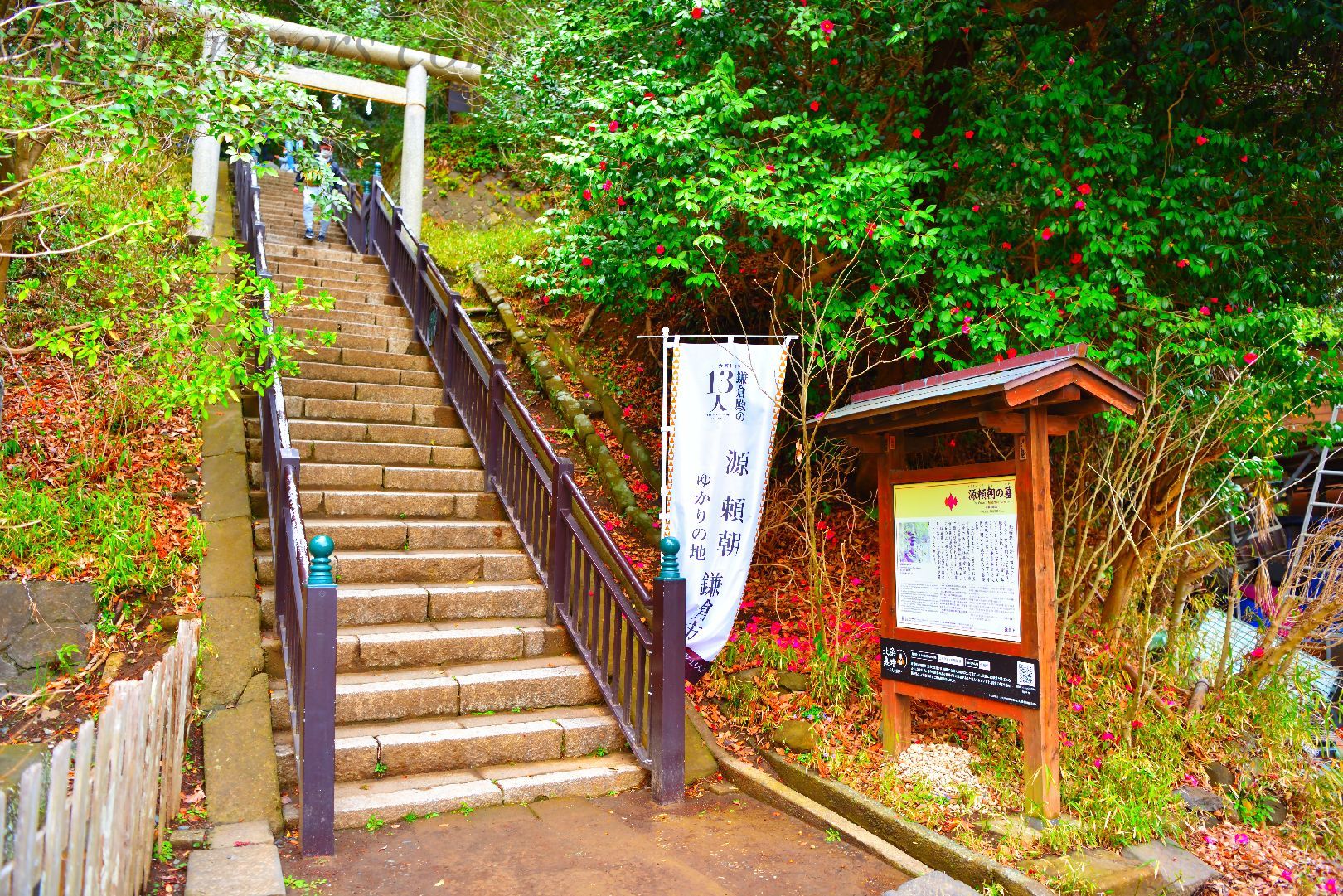 To worship Yoritomo's grave、You have to climb this long staircase。Since there are handrails on both sides of the stairs, I think that even people with slightly weak legs can visit.。 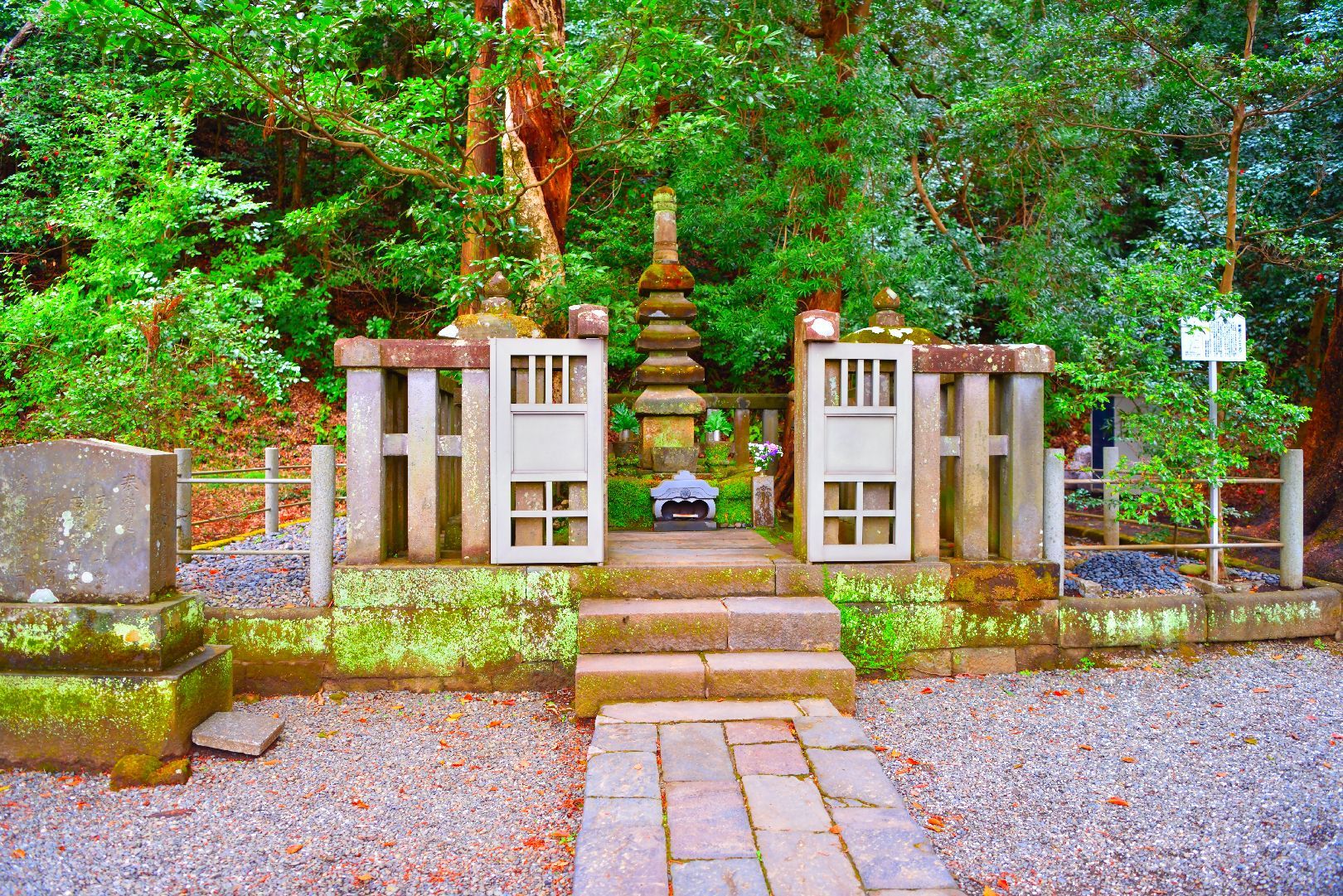 The stone pagoda that appears in front of you when you go up the stairs is the target grave。It looks like no one is in the photo、Anyway, there are always people。I waited more than 5 minutes to take this picture。

After this, go down the stairs that came up and go to the left、There is a tomb of Hojo Yoshitoki up the long stairs again、There was a tomb of Hiromoto Oe up the long stairs from there.。But、Since there is only a stone pagoda, it seems that it would not be enough to post it on the blog, so I will omit it.。If you are interested, please come visit us with your own feet.

"Egaraten Shrine", one of Japan's three oldest gods, enshrining the god of learning "Sugawara no Michizane"

Go down the stairs of the Grave of Minamoto and the Grave of Hojo Yoshitoki and proceed to the left at the intersection one block ahead, and you will see the torii gate of Egaraten Shrine on your left.。Writing utensils such as pencils were sold at the office.。It seems that they also pray for success。Why writing tools and praying for success?、It seems that this is a company where Sugawara no Michizane, who is famous as a god of learning, is enshrined.。 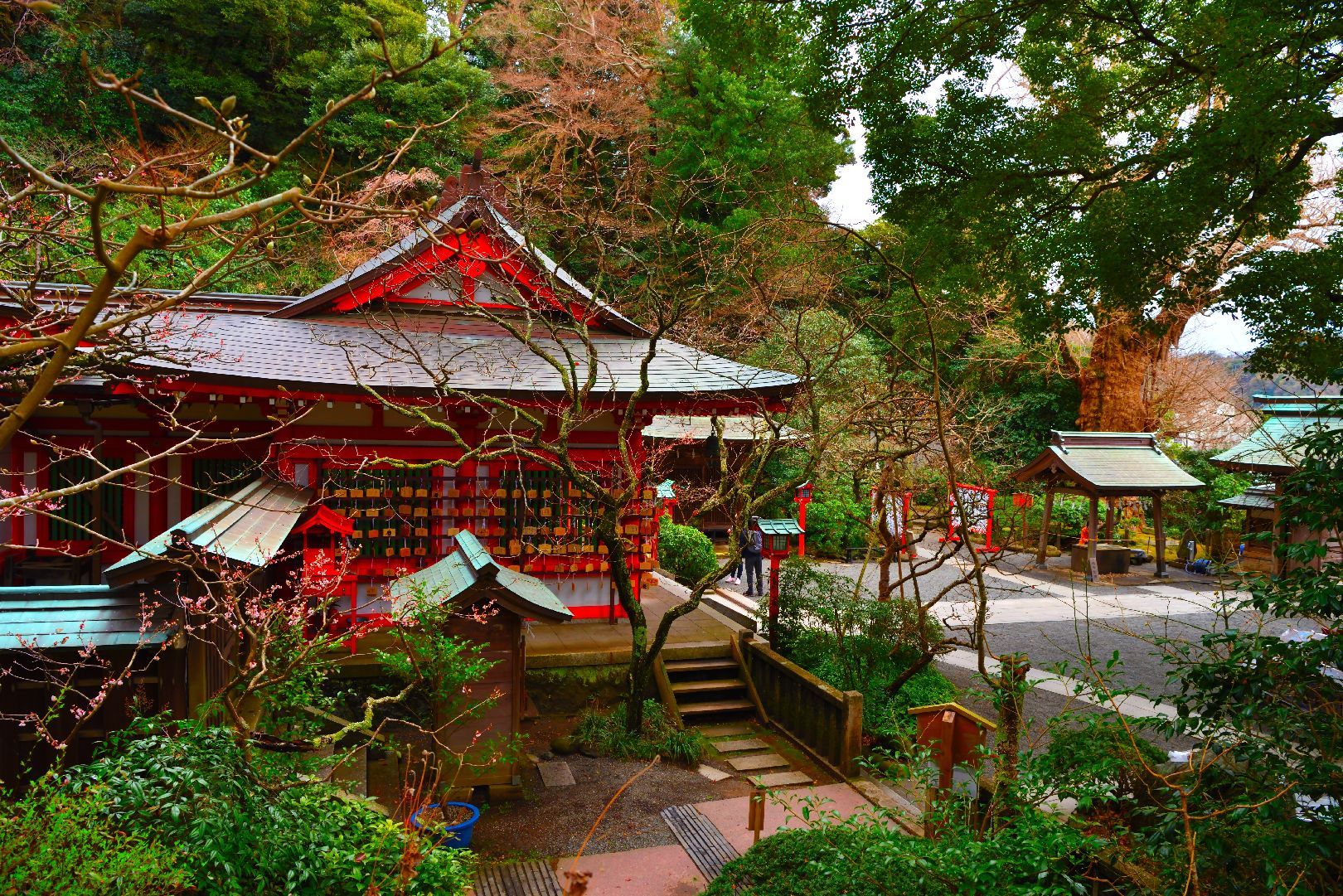 The photo above was from the front of the hall of worship.、This is what I saw from the pencil mound。Many dead trees planted in the precincts、Probably 1、The cherry blossoms will be in full bloom in two weeks。 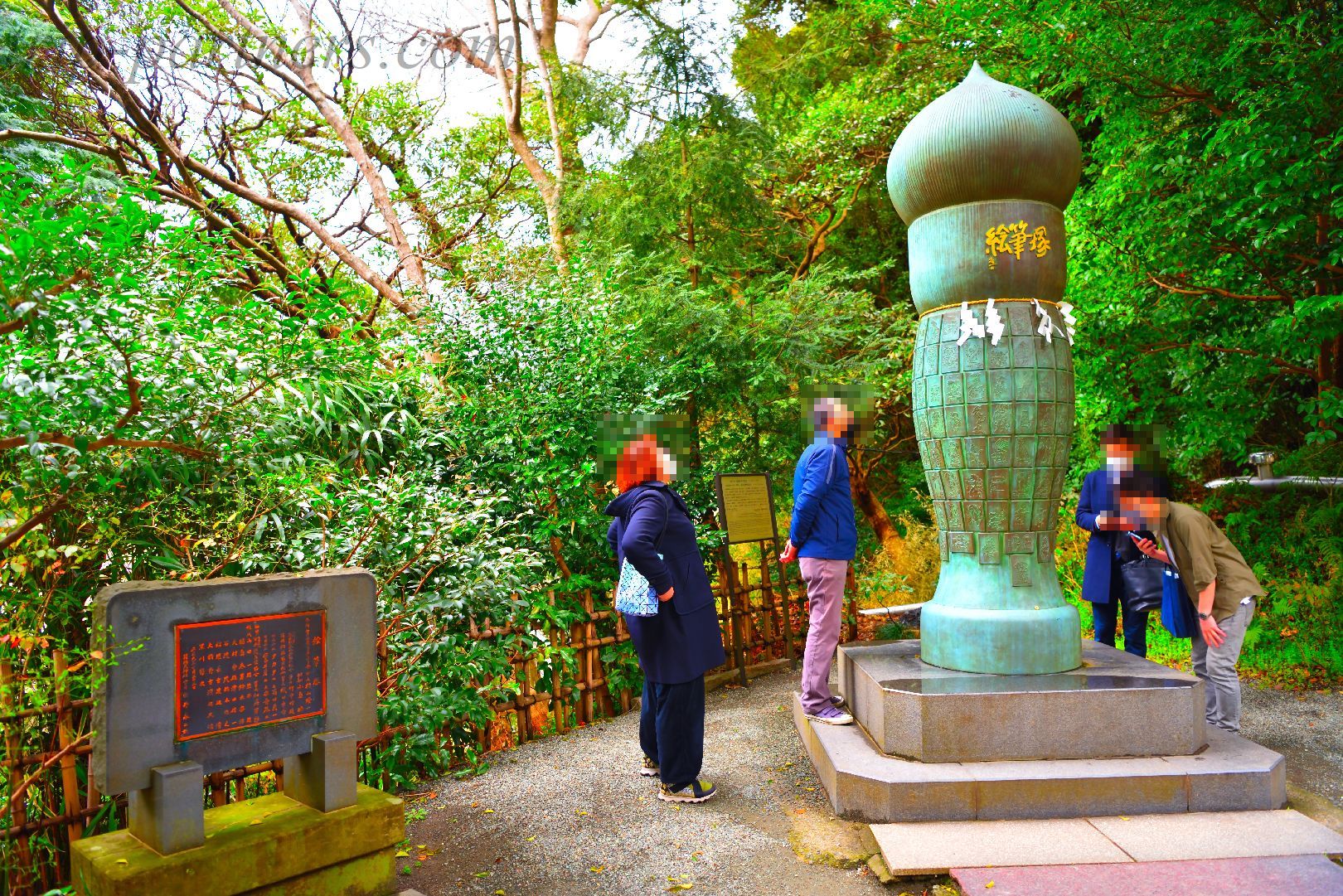 so、This is the pencil mound。Author of the manga "Kappa Tengoku"：It is said that it was built by Ryuichi Yokoyama following the wishes of Kon Shimizu.。Ryuichi Yokoyama has already passed away,、Pencil mounds are still a popular spot for many people.。

The other day、Fujiko Fujio A has passed away.。I pray for your soul。

"Kamakuragu" was built to enshrine Prince Moriyoshi, the son of Emperor Go-Daigo, under the command of Emperor Meiji. 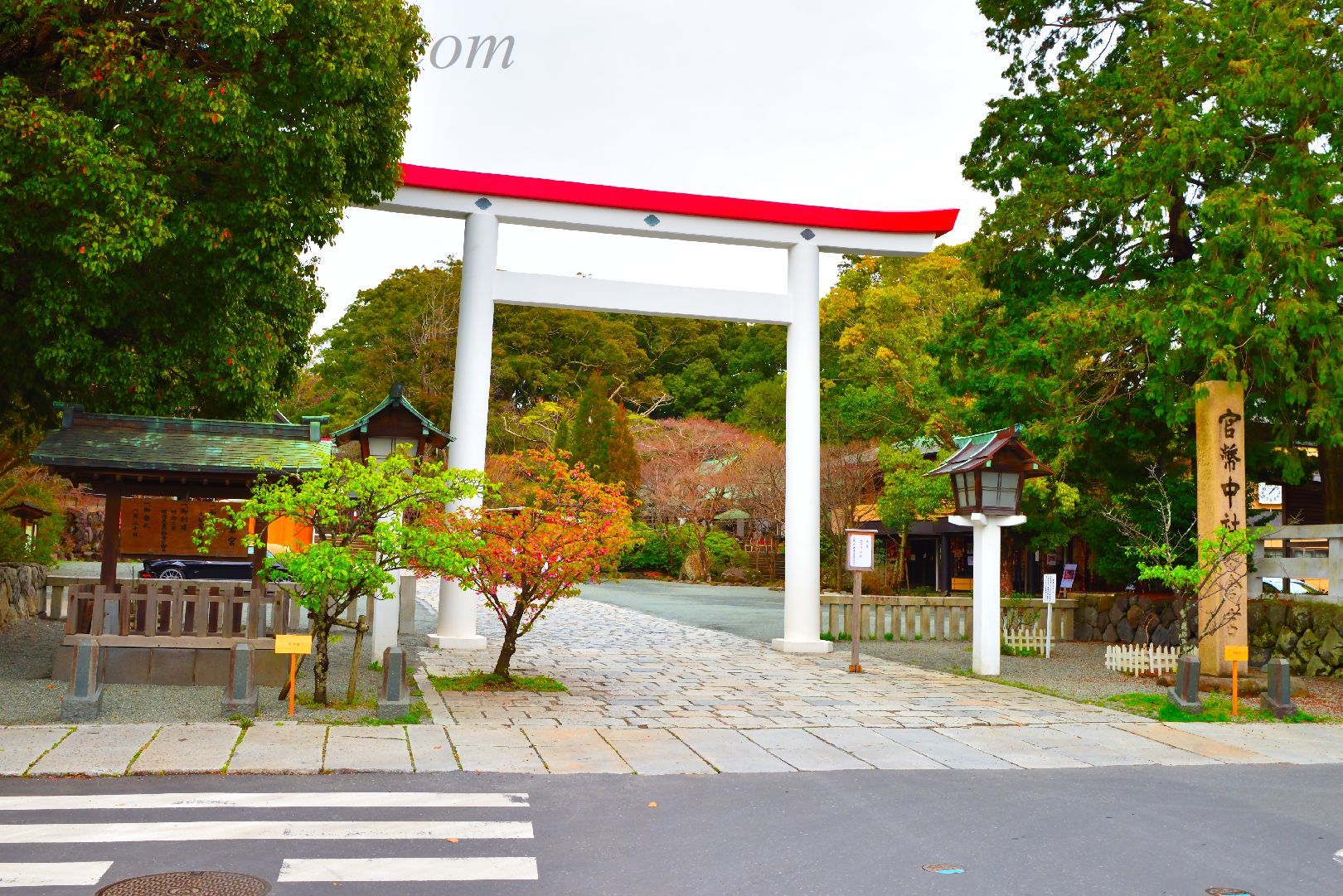 The end of this article is Kamakuragu。This is a shrine where Prince Moriyoshi, the prince of Emperor Go-Daigo, is enshrined.。The tomb of Prince Moriyoshi is also built near here.。 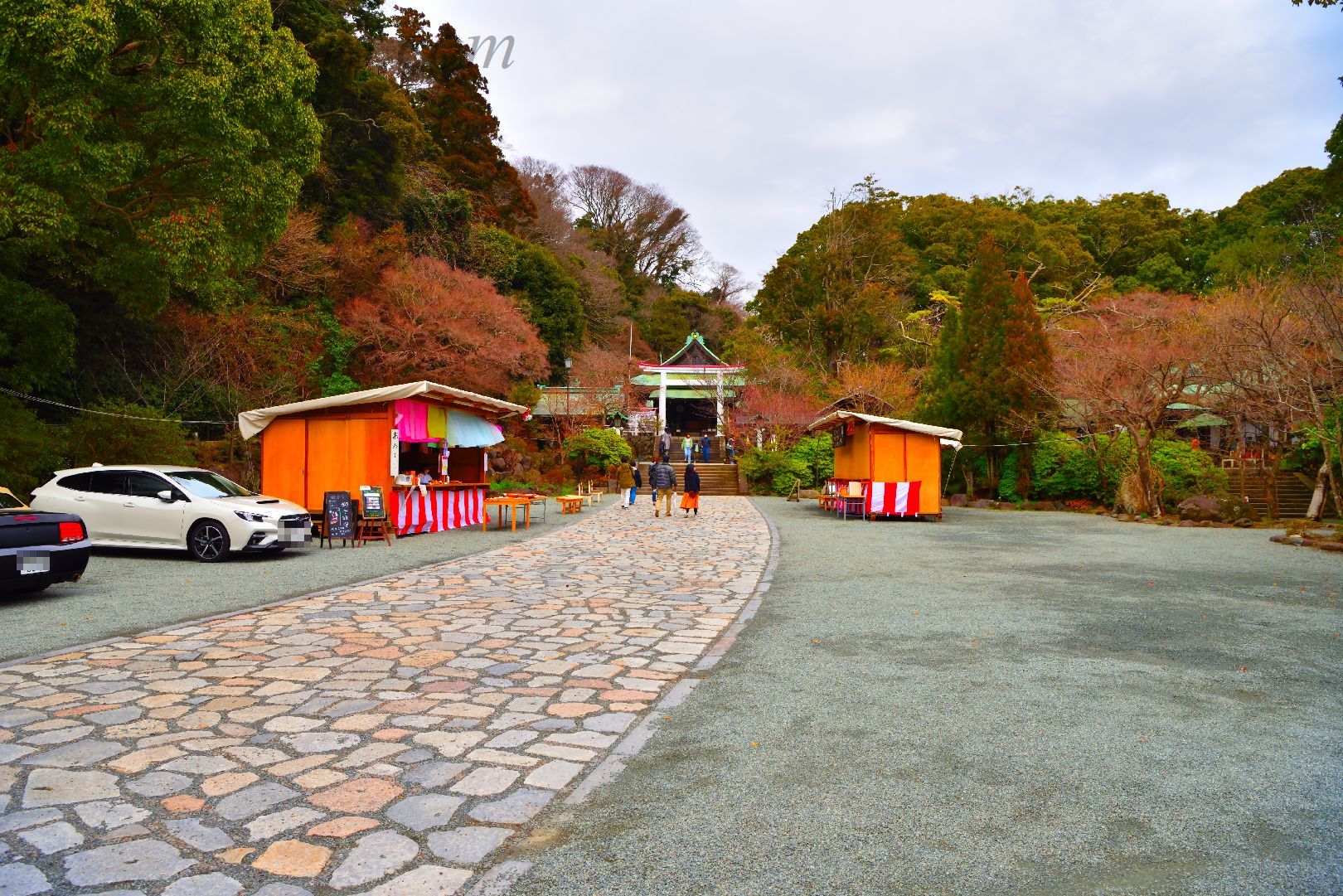 The approach from the torii gate to the main shrine。The shop on the left is。The red stamp will be in the building on the right side of the torii gate that you can see in the back.。The red stamp of Kamakuragu is a two-page double-sided one.。Here you could write directly despite the corona。So、I will receive a number tag and worship until the bookkeeping is completed。 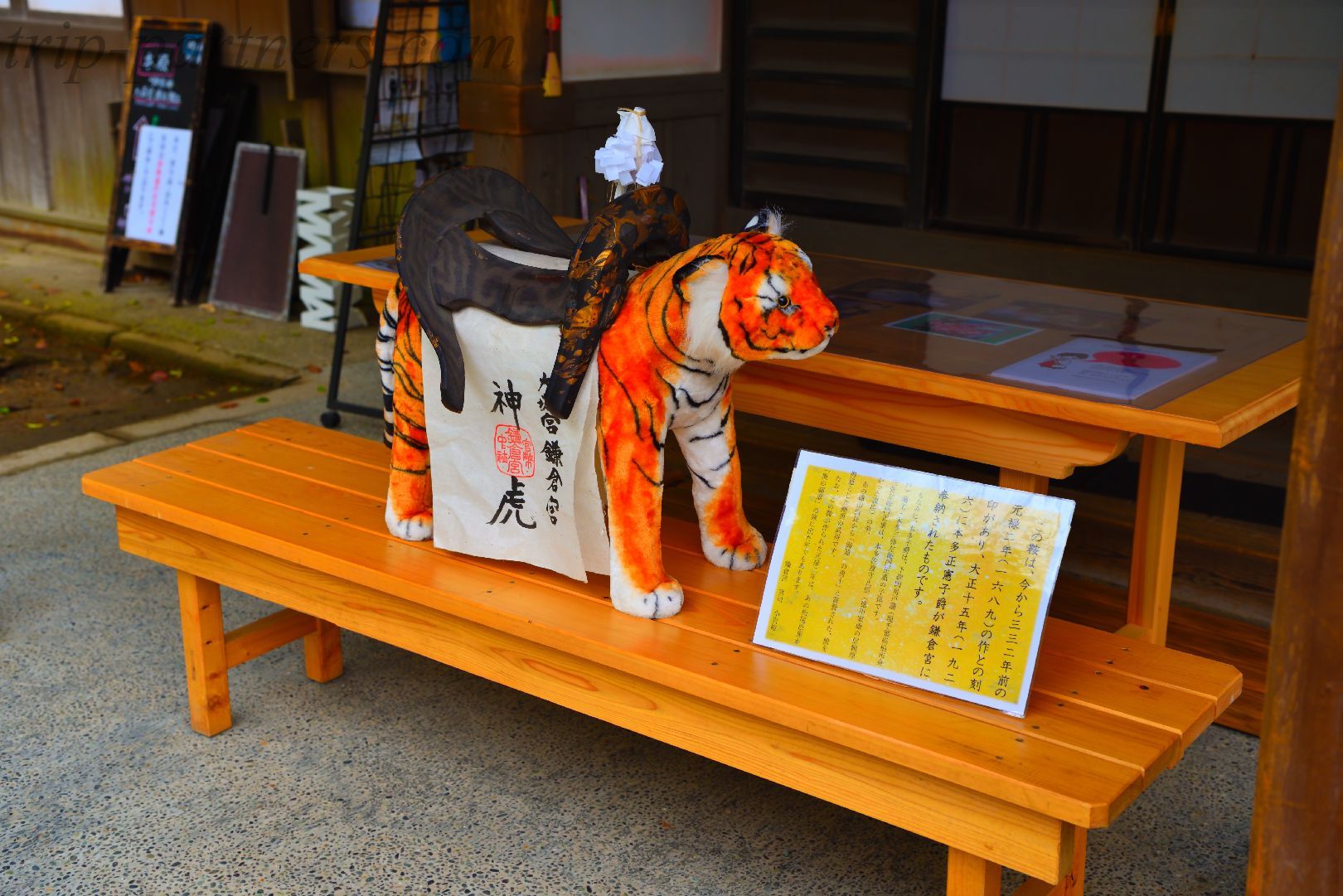 A stuffed tiger, probably because of the year of the tiger。If it changes every year, I definitely want to visit next year。There will be a cute stuffed rabbit on it! 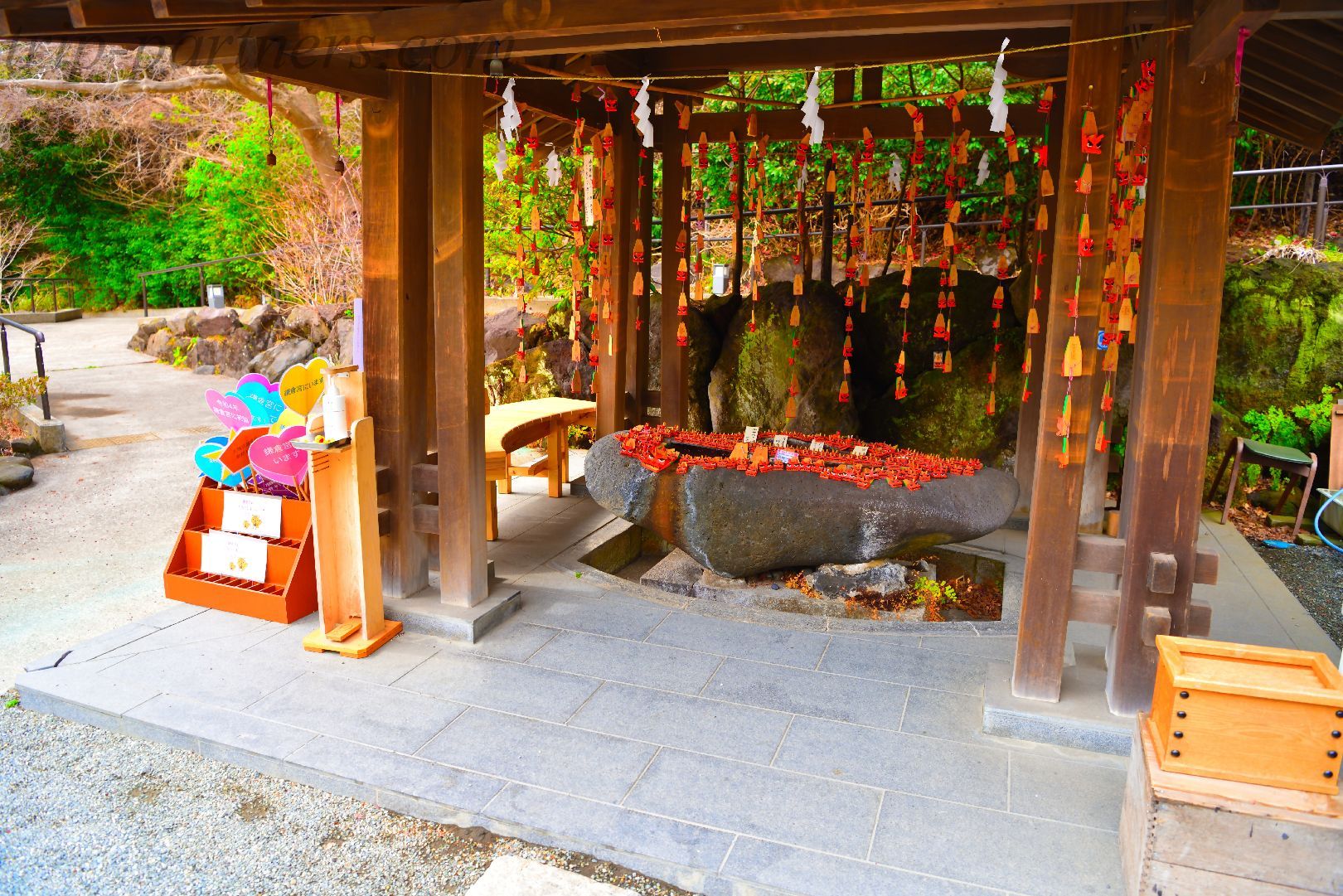 Chozuya。There was also a heart-shaped fan with the words "I'm in Kamakuragu" printed on it, probably because it was posted on SNS.。so、Somehow many red objects are floating in the water.。 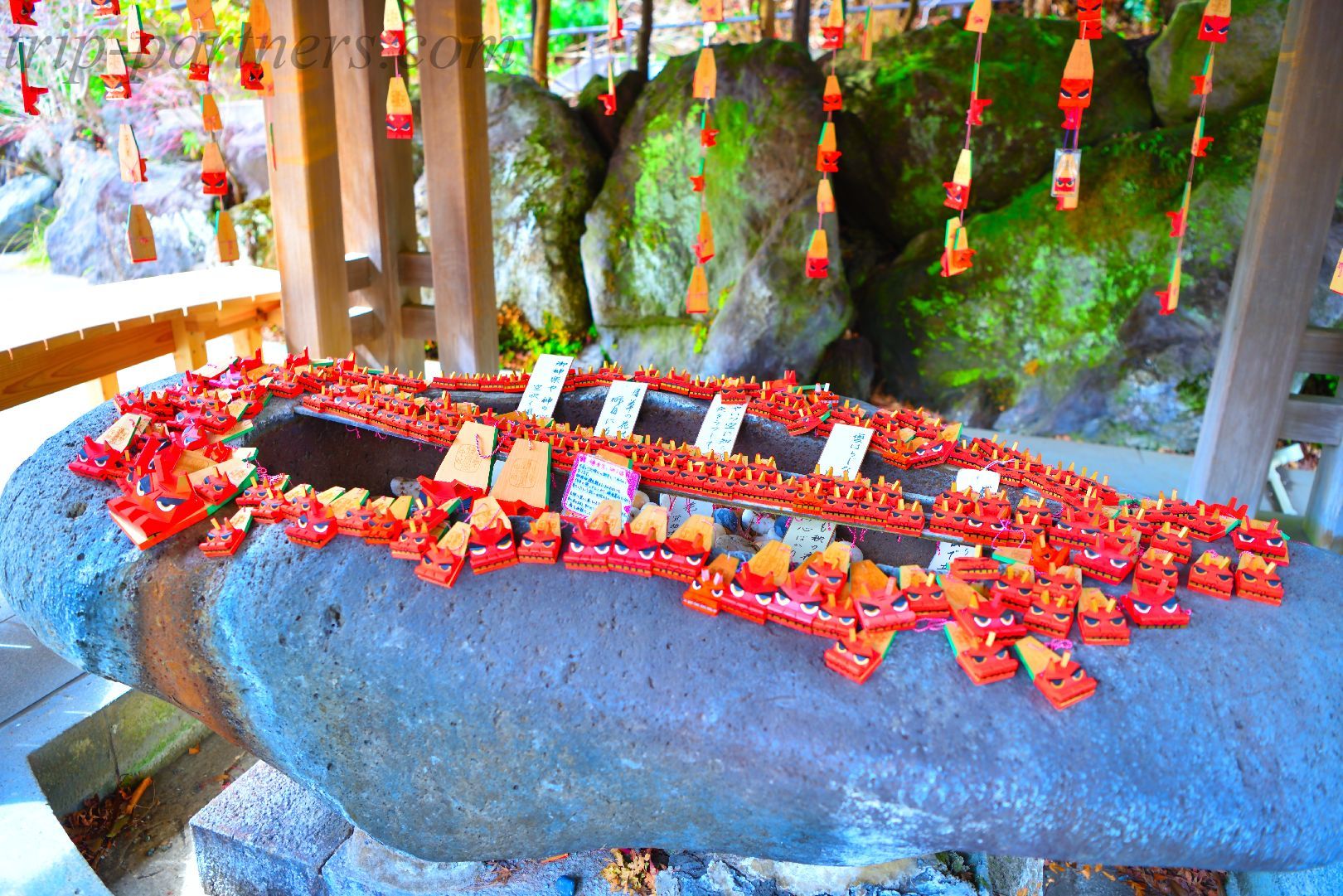 Like a lion dance like a demon。I feel that the hand water is placed instead of being stopped as a measure against corona.。Does that mean that this can only be seen now? !! 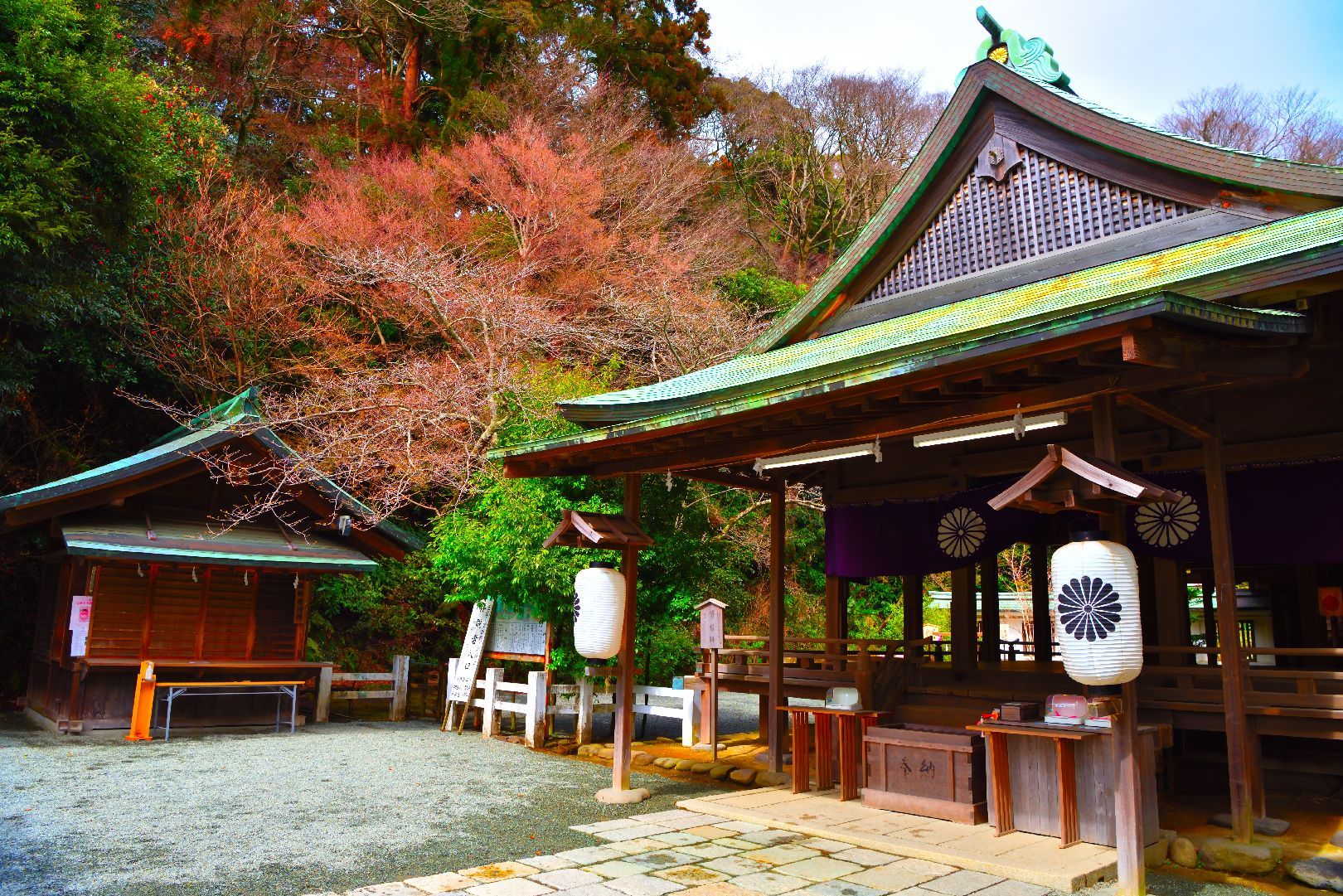 It's the main shrine。Prince Moriyoshi is enshrined here。Behind this main shrine is the dungeon where Prince Moriyoshi was imprisoned.、Shinen where you can enjoy forest bathing、There seemed to be a treasure hall。I didn't know this time、It seems that anyone could see it if they paid the admission fee separately ... 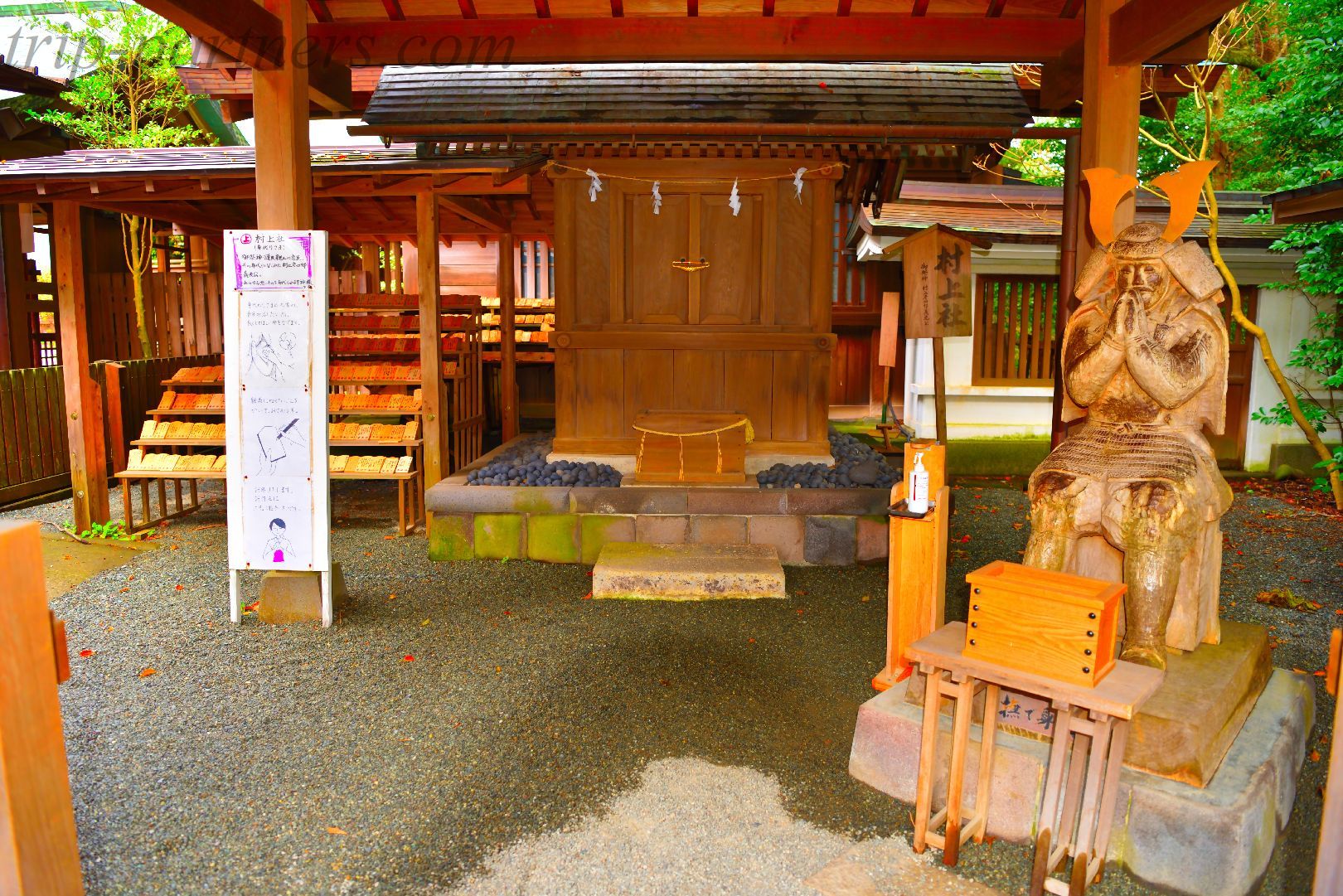 Murakamisha on the right side of the main shrine。It is said that Hikoshiro Murakami, who is enshrined here, was a loyal retainer of Prince Moriyoshi.。Protect Prince Moriyoshi until the end、The spectacular death that threw his internal organs at the enemy on the verge of death has been strongly handed down to the present day.。

This is the end of this article because the article is getting longer。Next time, we will head to Zuisenji Temple through the ruins of Eifukuji Temple.。