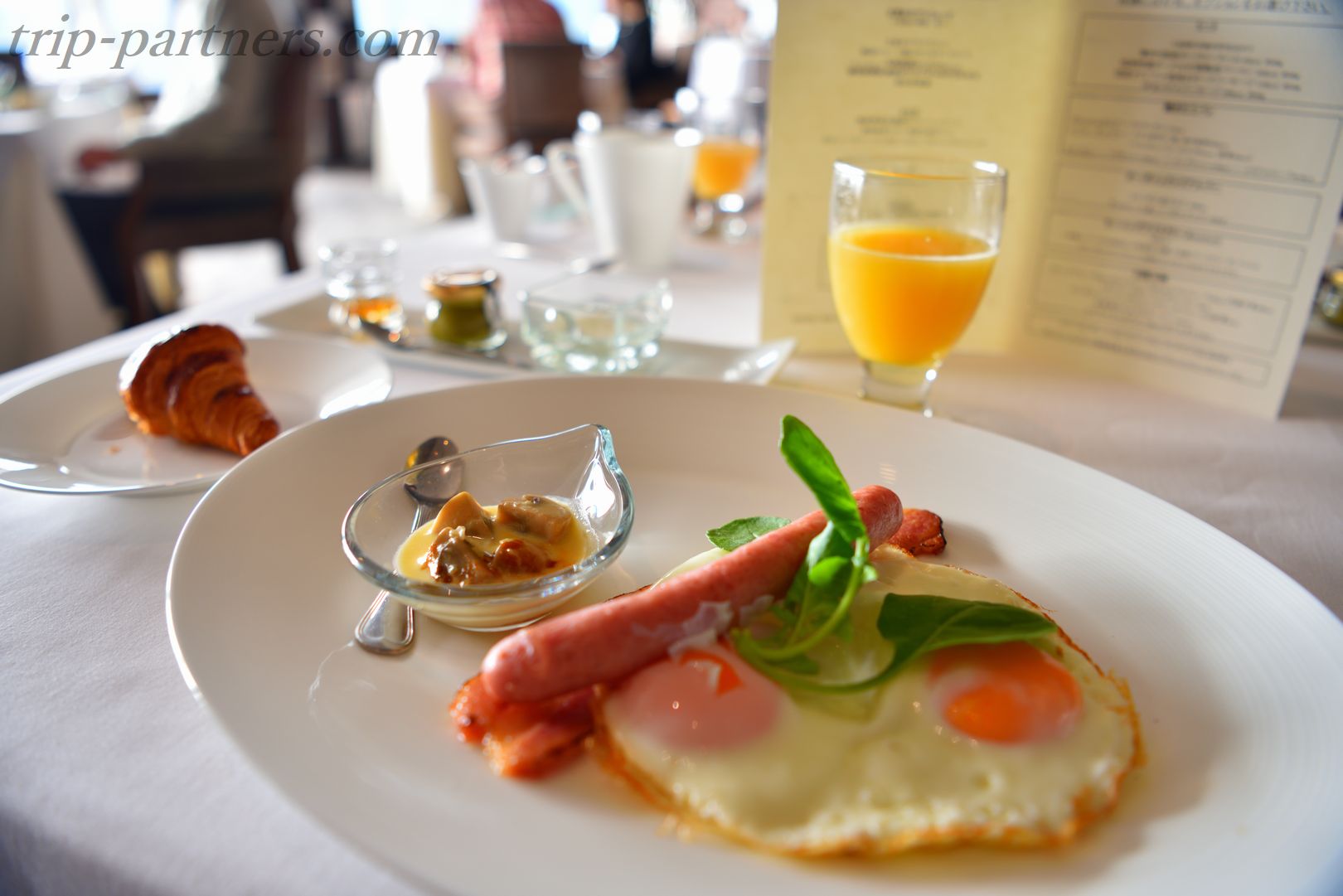 ContinuedHotel Grand Bach Atami CrescendoMeal introduction。Because both dinner and breakfast are French cuisine、There is a dress code at the dining venue。However, black ties and black suits、It doesn't have to be as strict formal as an evening dress、Smart casual is enough。Jacket for men、If you are a woman, you should prepare a dress。 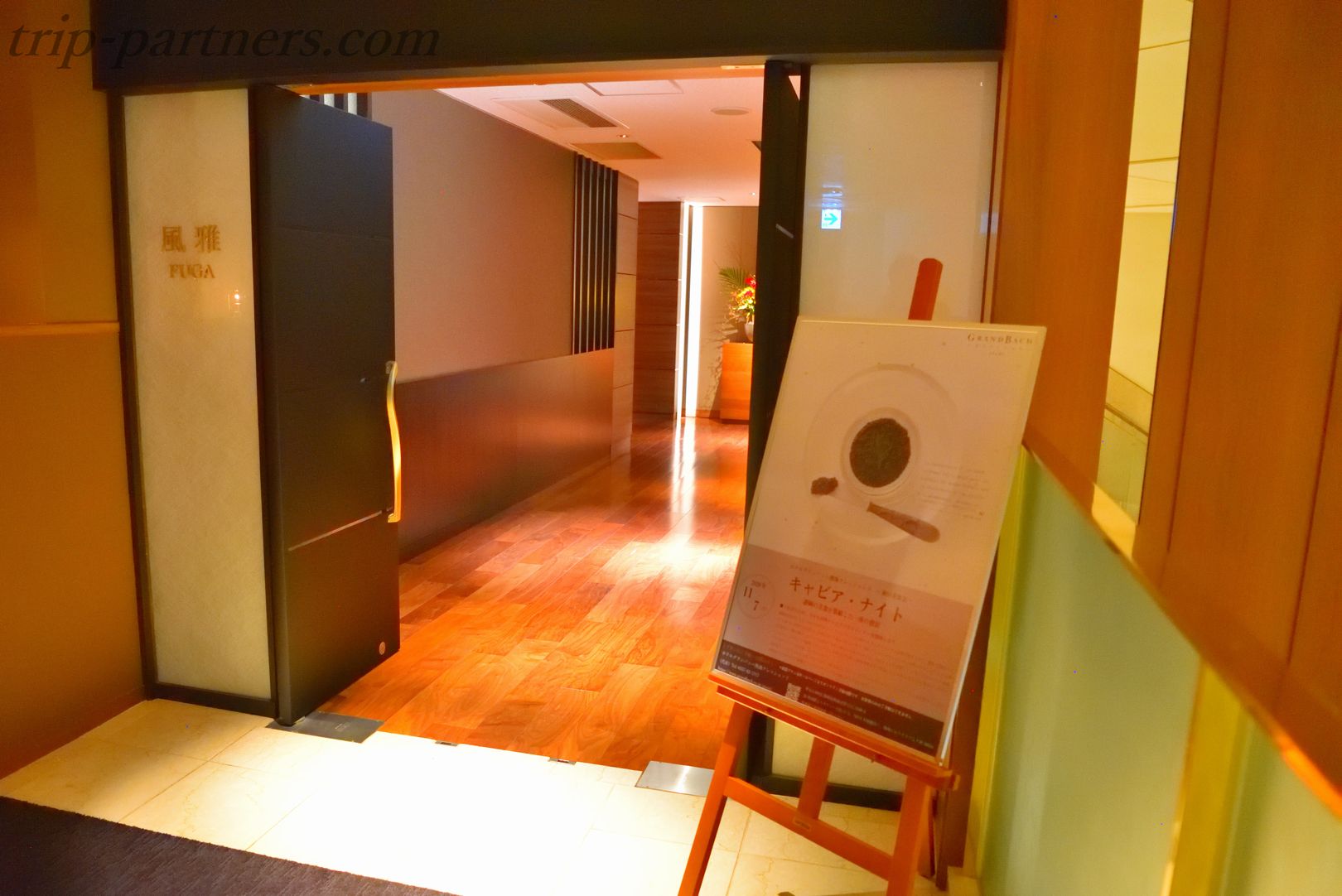 Both dinner and breakfast are served at a restaurant called FUGA on the second floor of the main building.。It seems that you are holding an event called Caviar Night for a limited time.。Unfortunately this time is out of period。 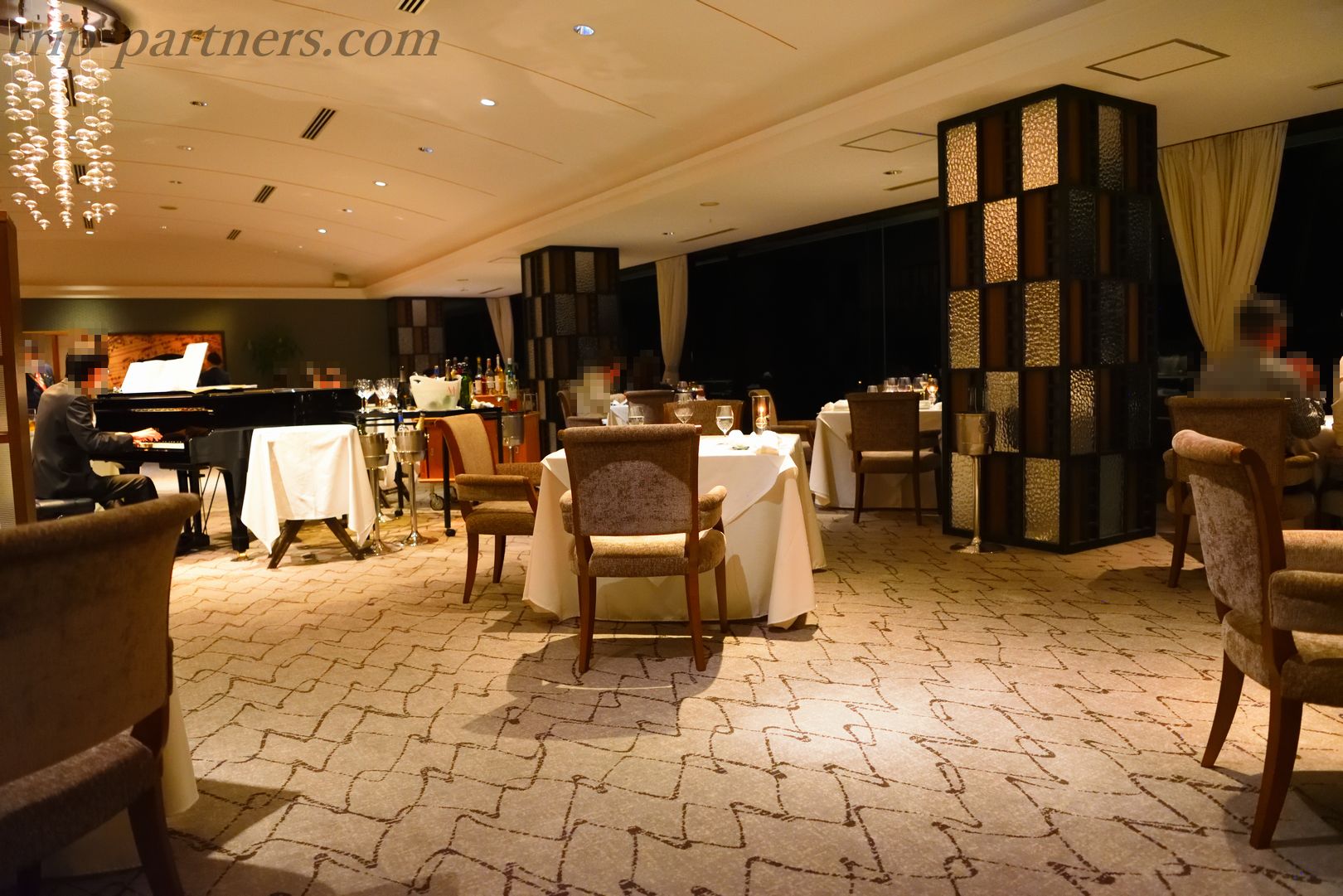 A restaurant where you can enjoy your meal while watching the night view of Atami。Live piano music is also playing。The atmosphere is very good。Because there are two seats by the window、If the number of people is larger than that, it will be an inner seat.。I'm not convinced even though I'm paying a high fee ... 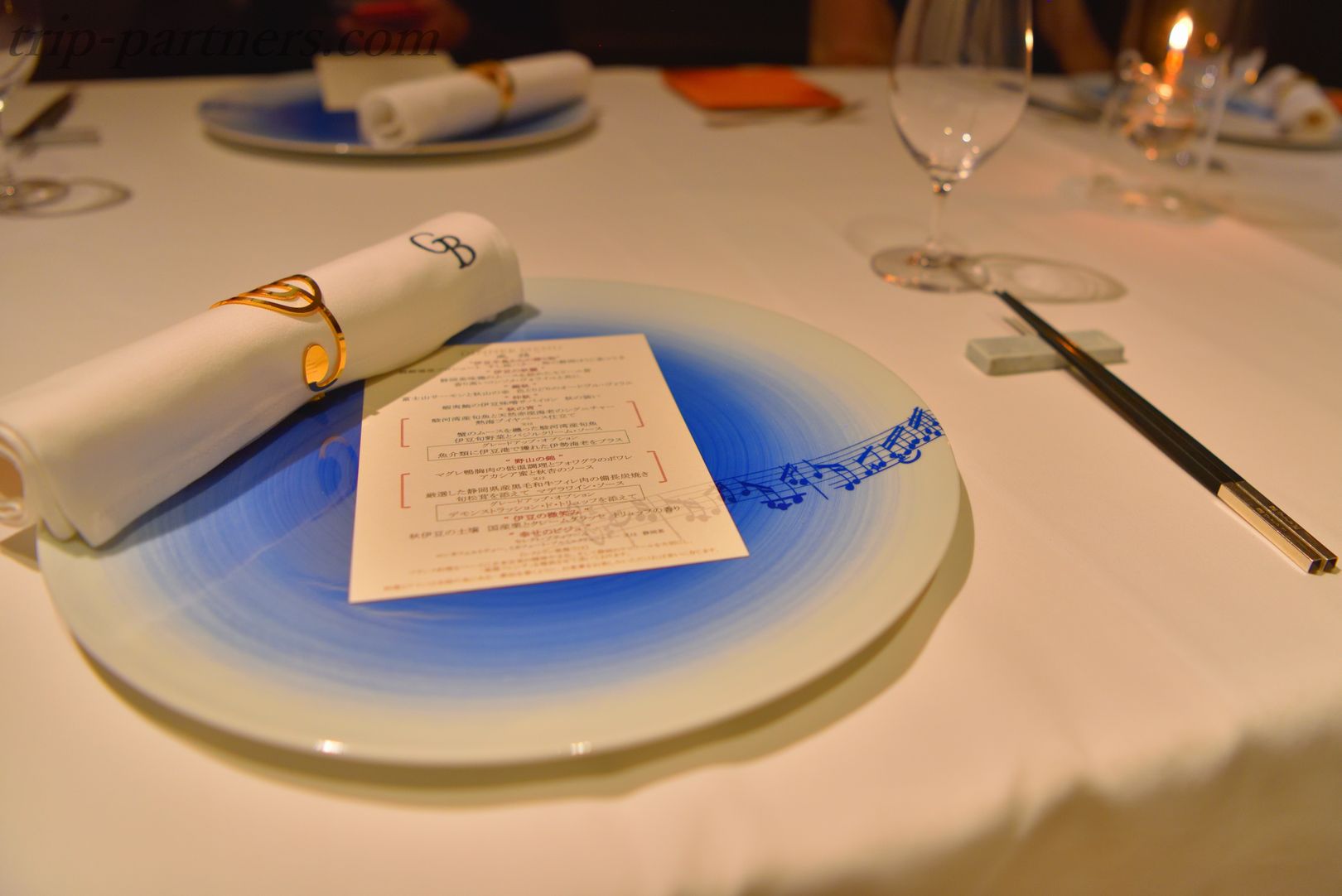 When you get to your seat, the menu is placed。I wonder if the dishes will be served on the plate with the score written on it.、It seems that this is prepared as a stand to put the menu to the last、If you take the napkin, it will be lowered immediately。

The napkin has a treble clef clef、Chopsticks are also a special order of Granbach。High-class inns are particular about these places.。 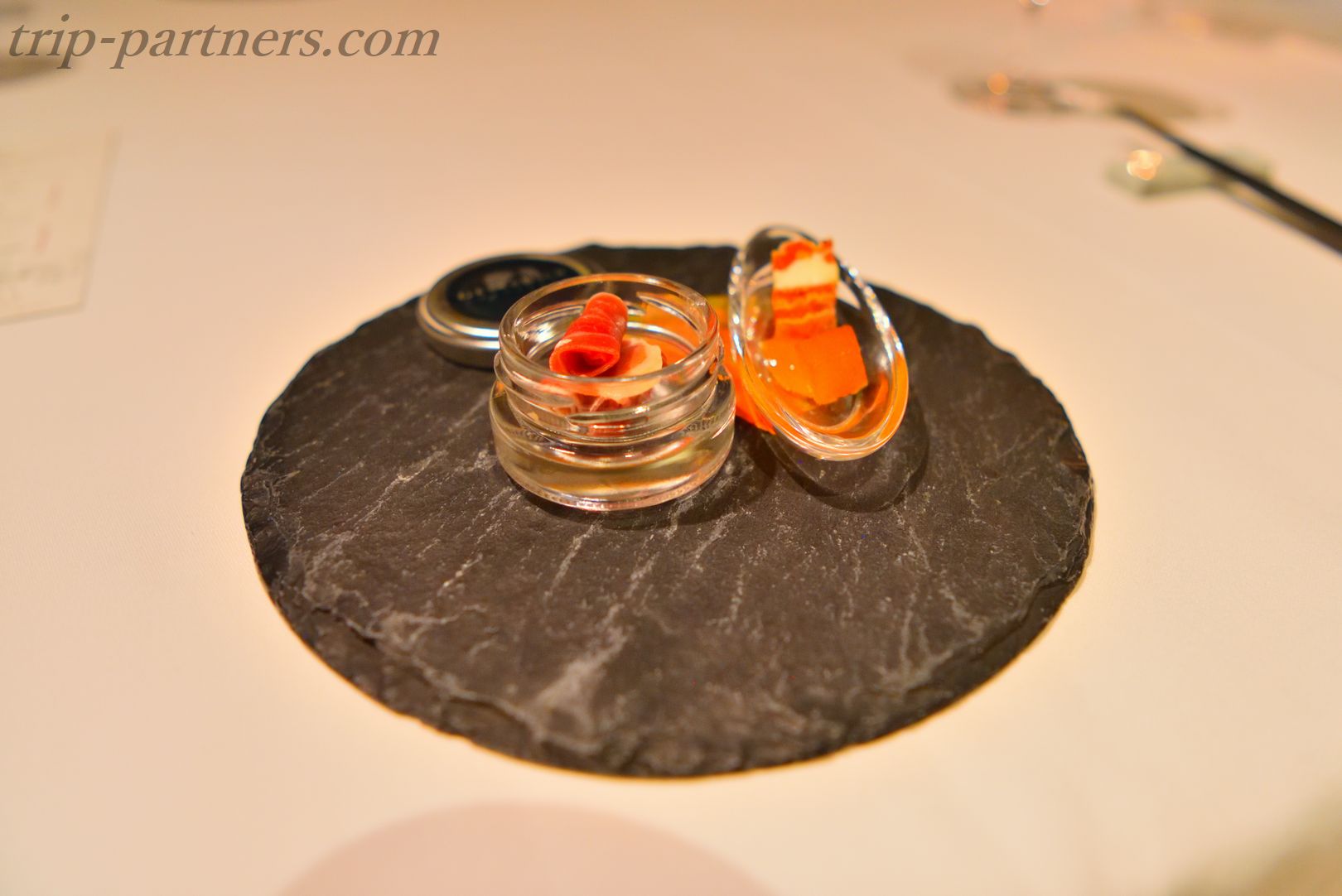 The beginning of the course meal is from Gotemba prosciutto and marinated Shizuoka roasted green tea。What's amazing about this Grand Bach Atami、Where all the materials are purchased from the local Shizuoka。It ’s called local production for local consumption.。It is rare for a luxury inn to be so particular about the local area.。 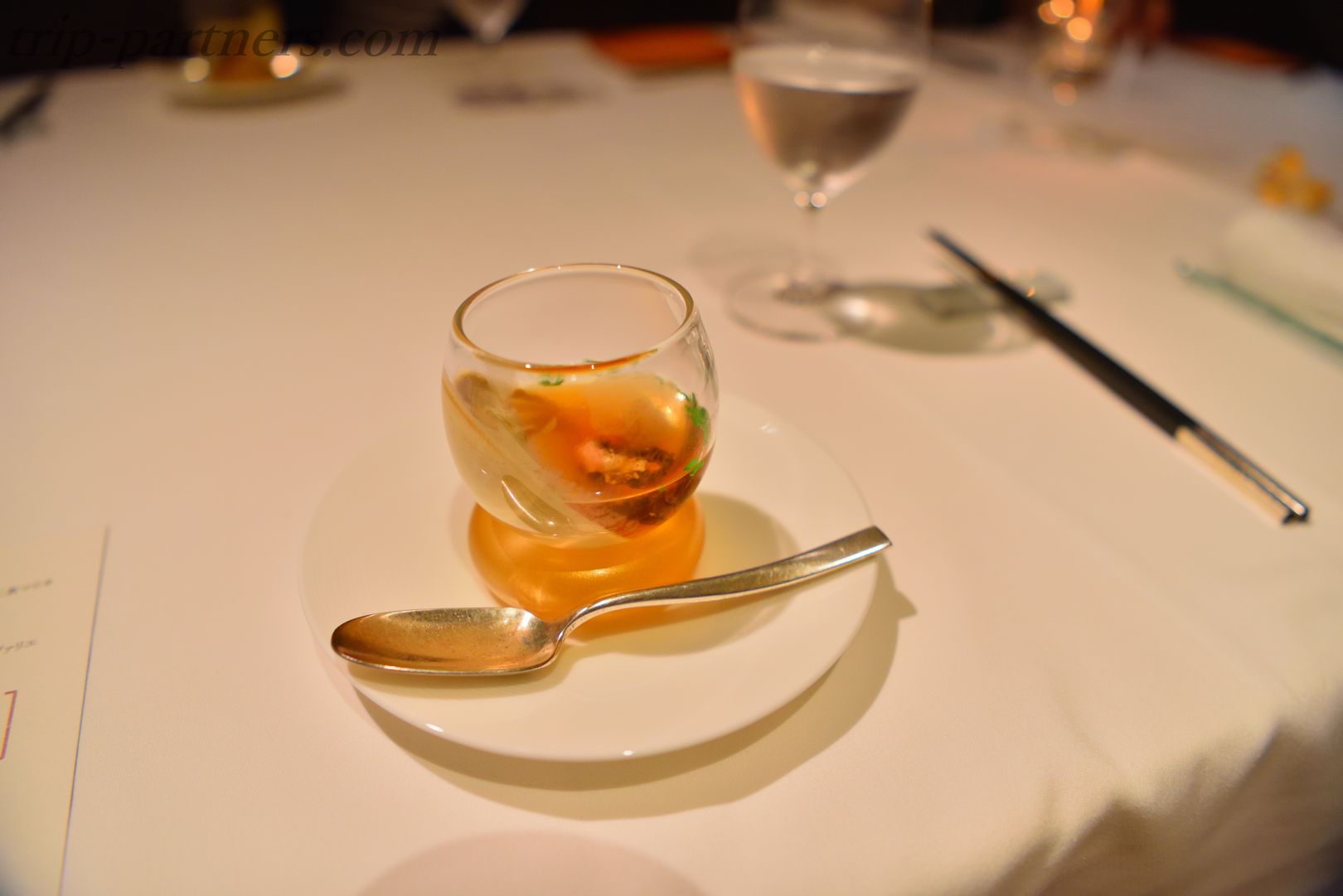 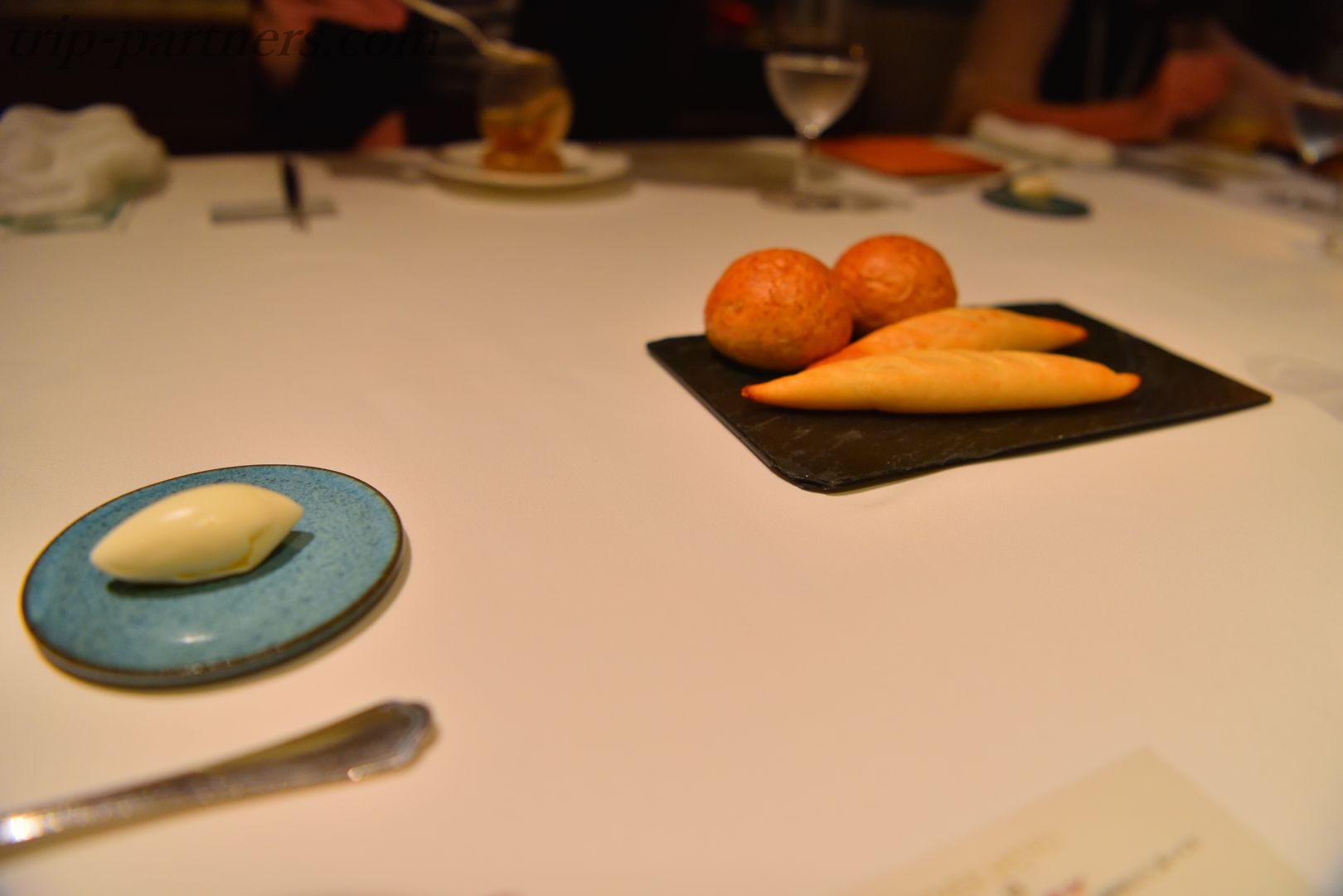 Bread is served around here。It's good to be served properly for the number of people。If it is an overseas restaurant, it will be placed regardless of the number of people、I have to order each time I want more。of course、You can replace the additional bread here as well。 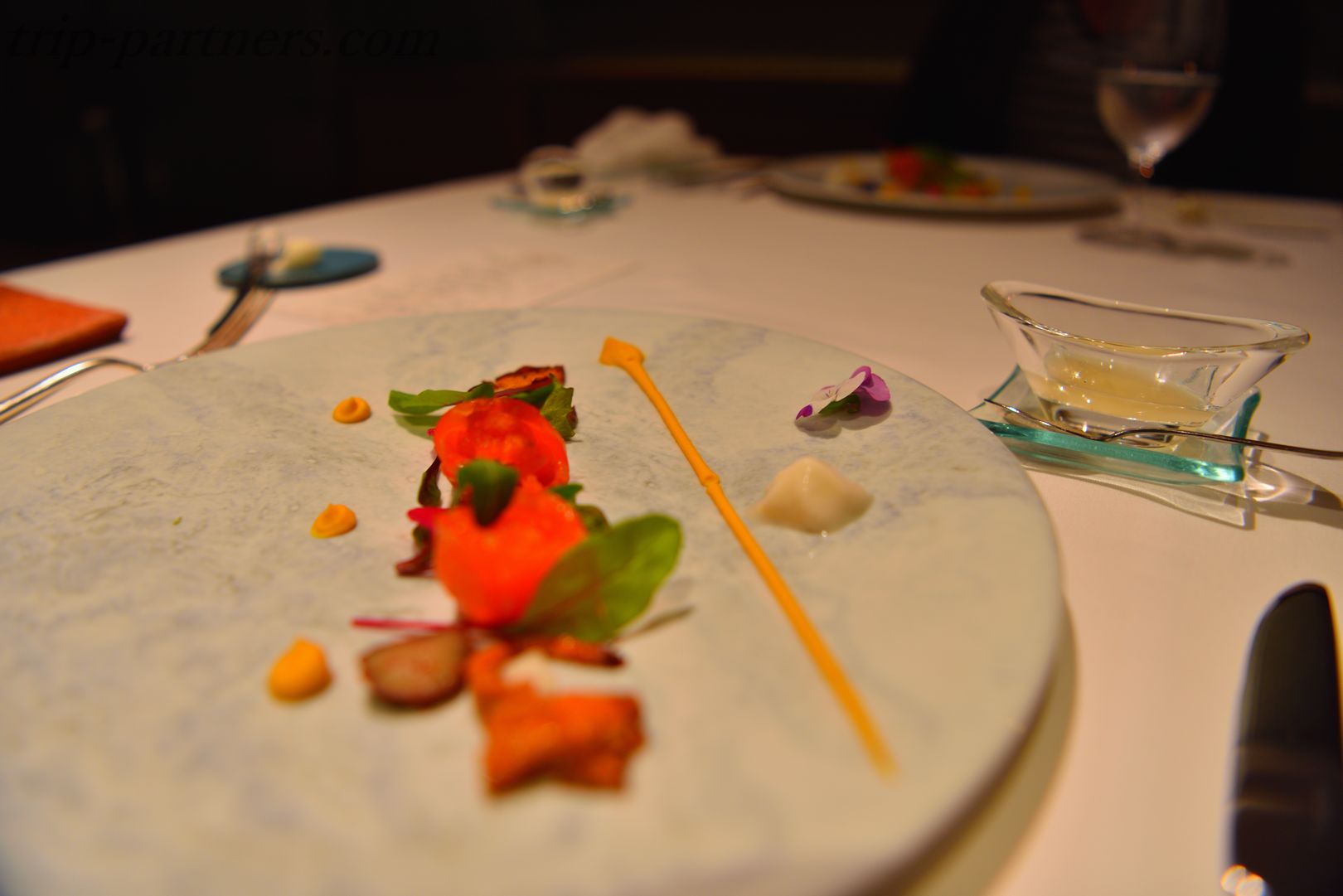 It's salmon。From around here, you can finally get hungry food。 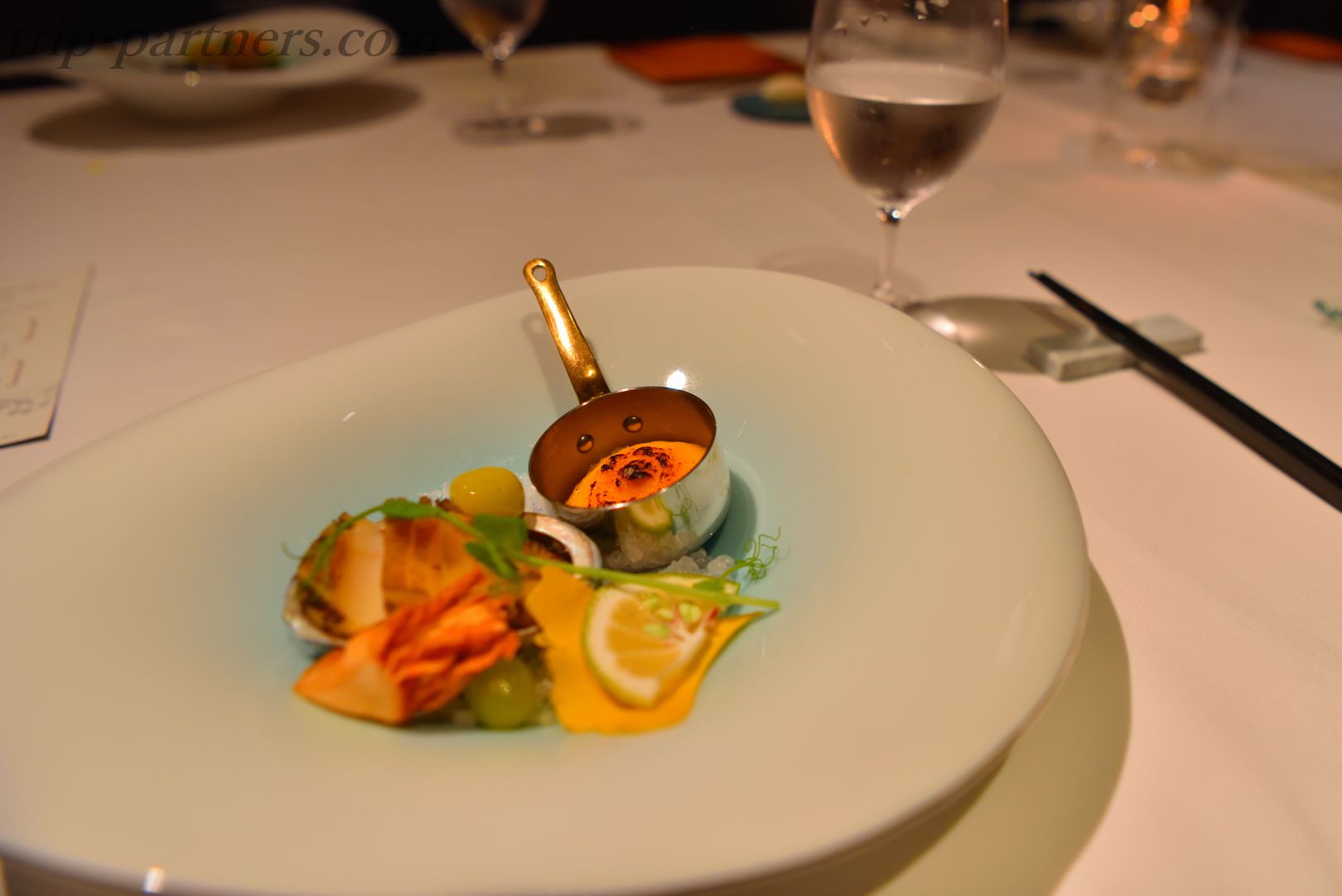 It's an abalone。A standard that is almost always served at a slightly expensive ryokan facing the sea。Actually, I don't like abalone so much 🙂 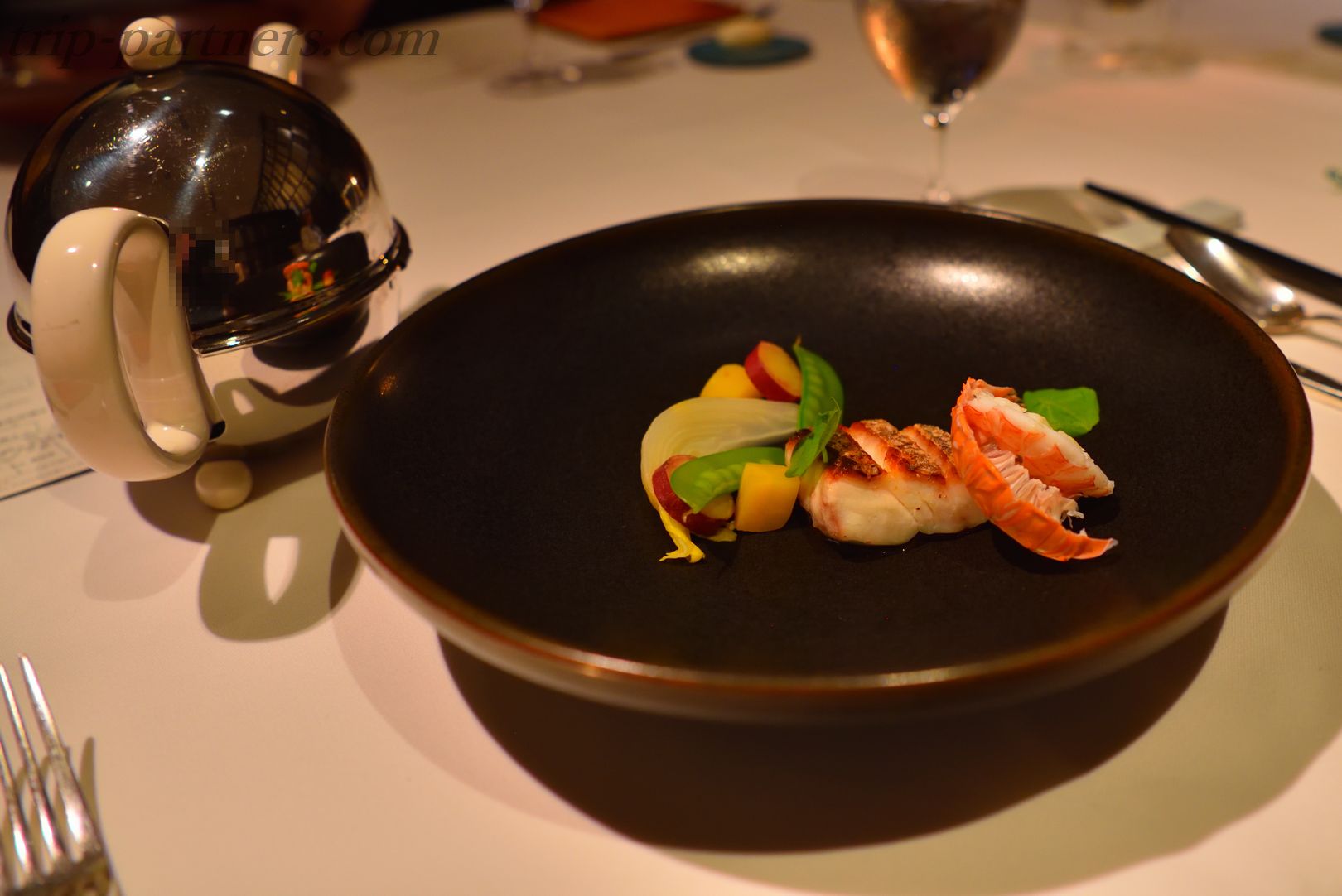 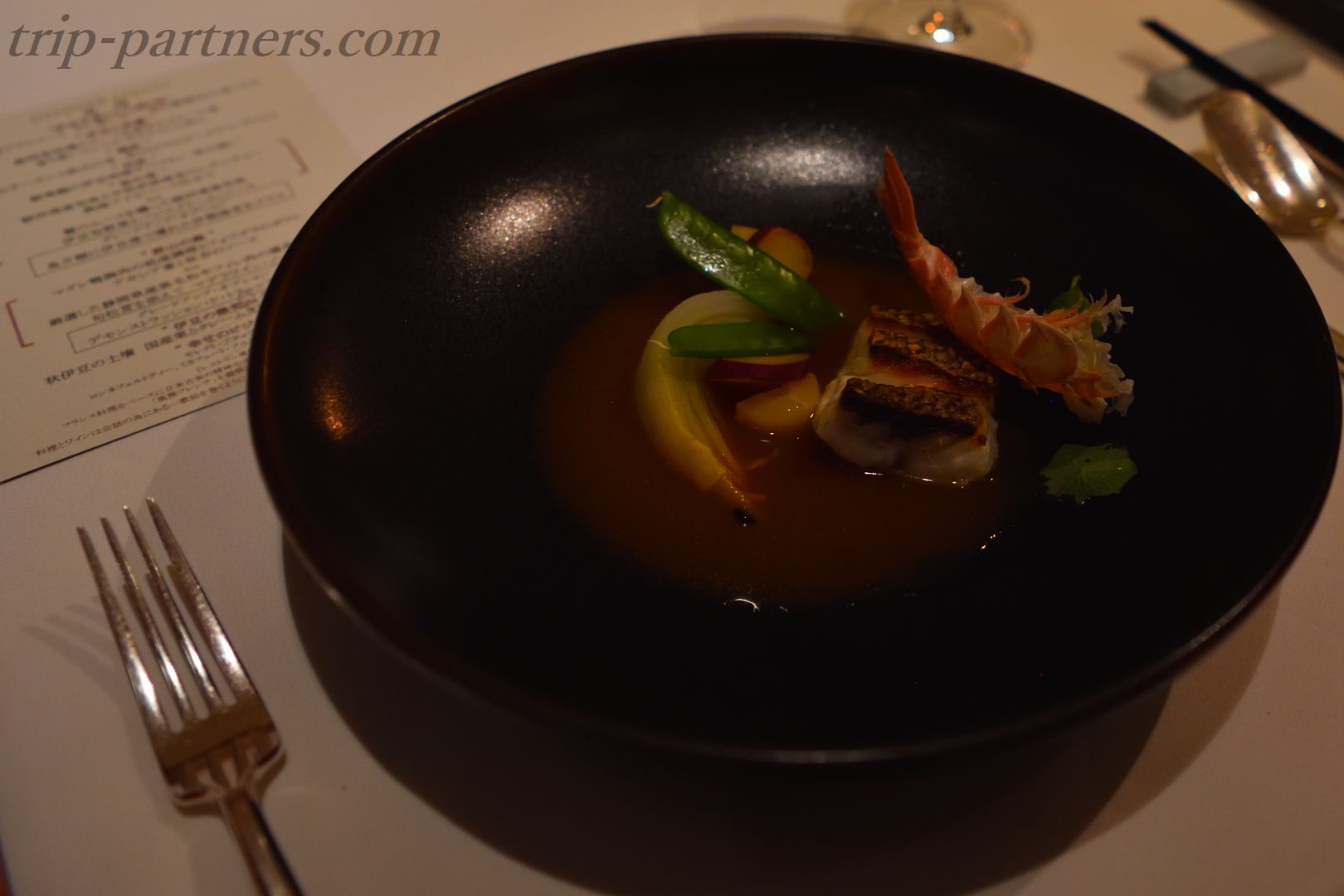 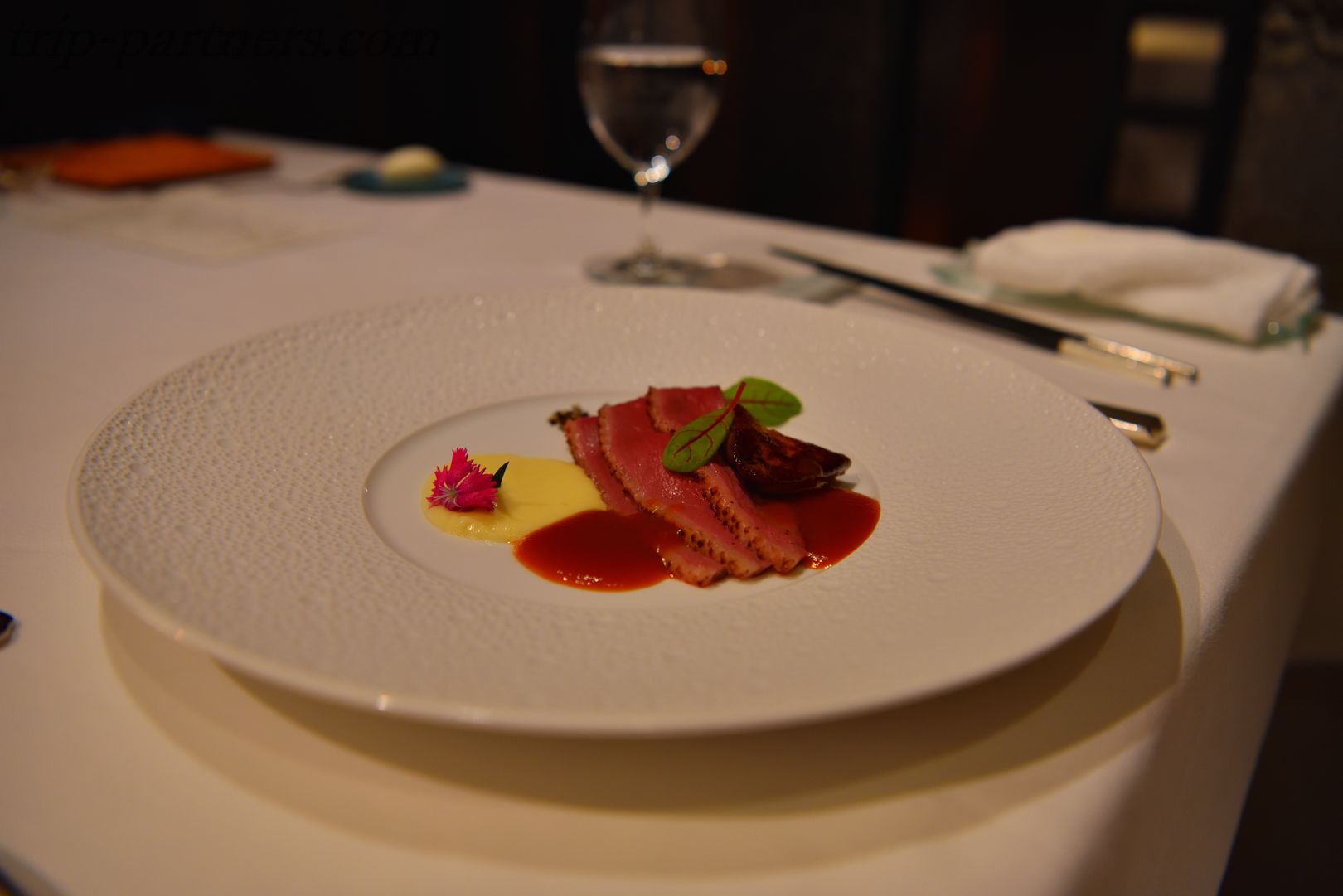 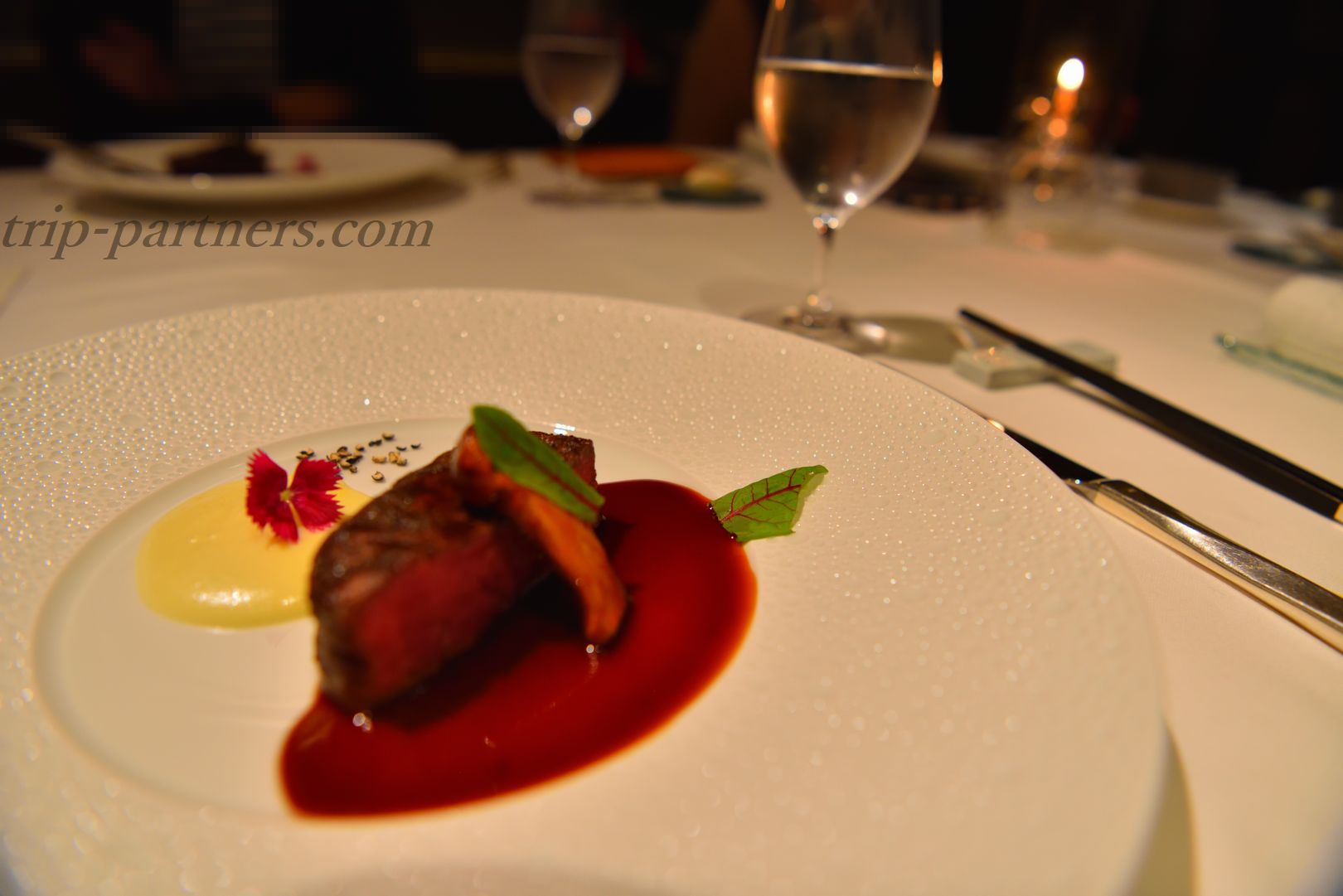 The other is Japanese black beef fillet。The main was very delicious, be it fish or meat 😆 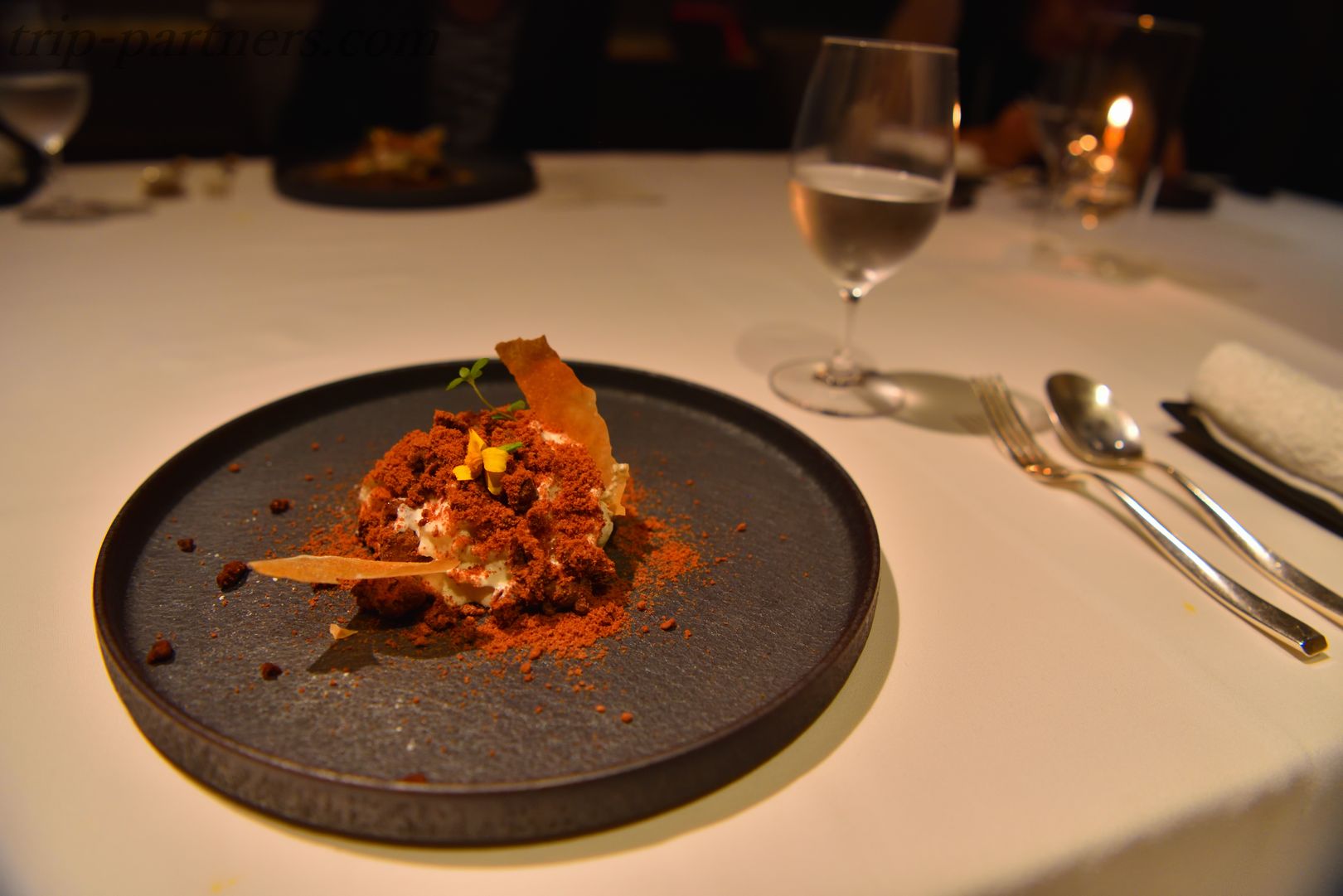 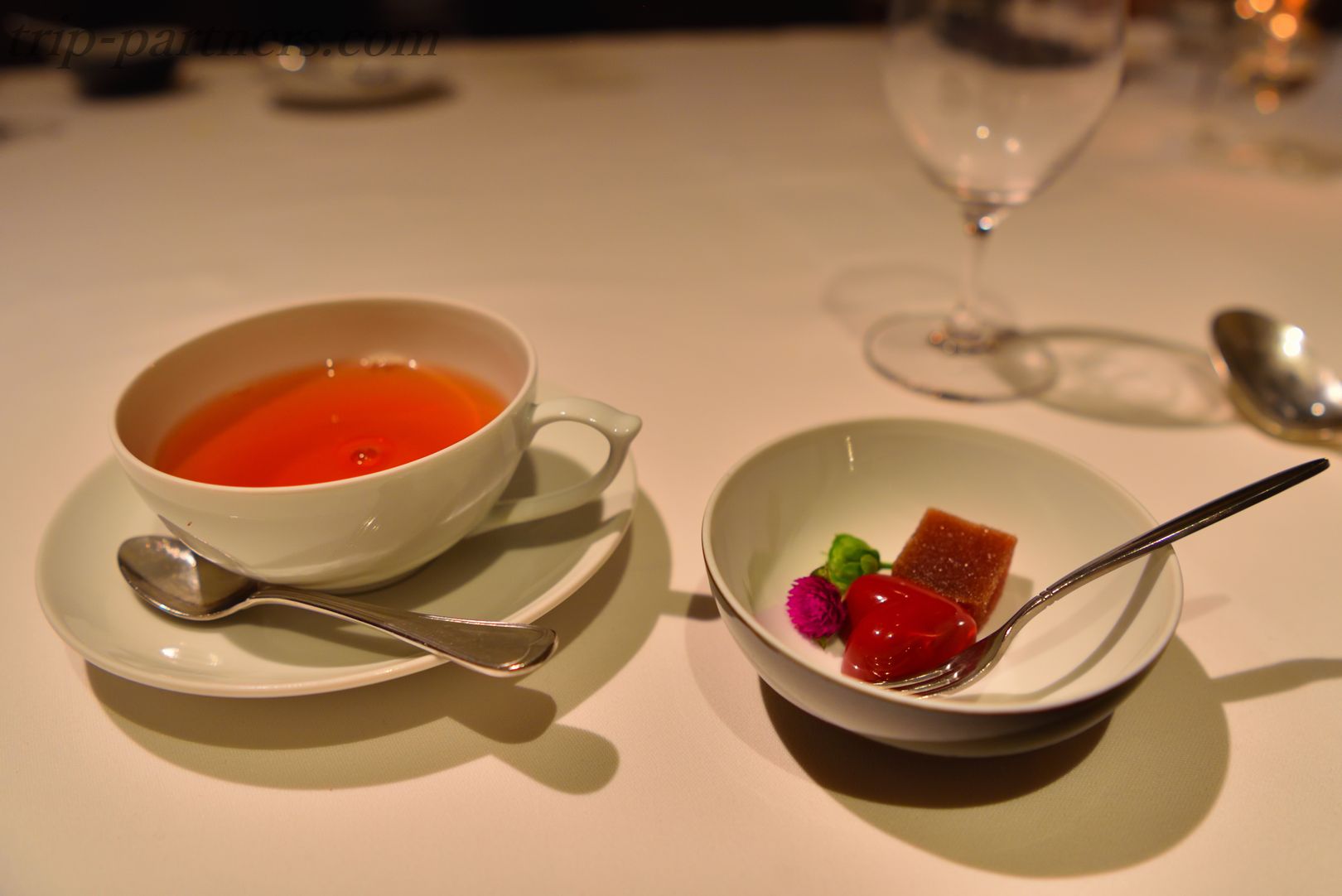 Other drinks and sweets are included。I usually have coffee、I chose black tea this time。It was a black tea with a fruity scent that was a little different from ordinary black tea.。

This is the end of dinner。Not too much、Not too little。At such an inn, it comes out quite a lot.、It was good that it was just the right amount。If you're hungry, you can replace the bread。 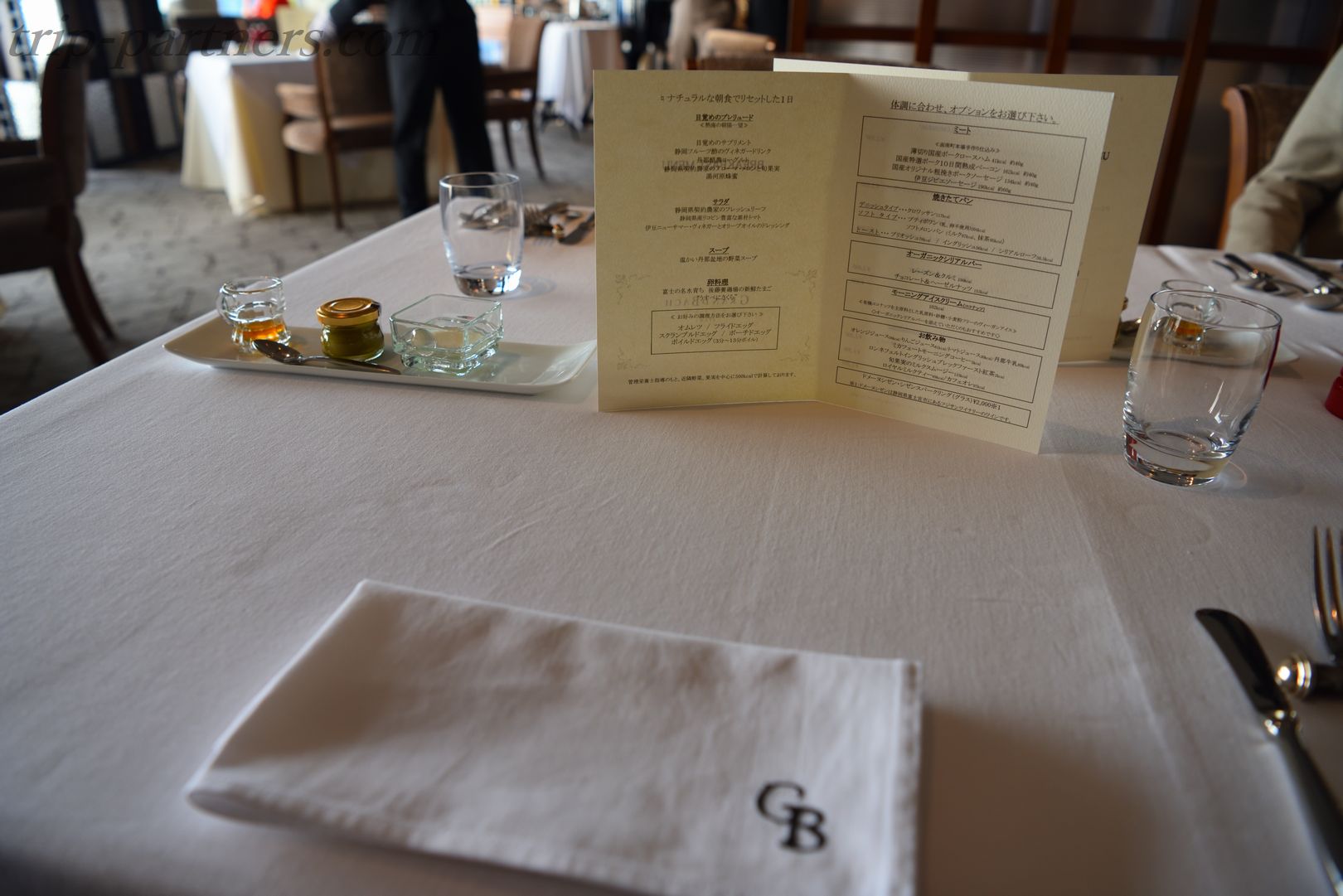 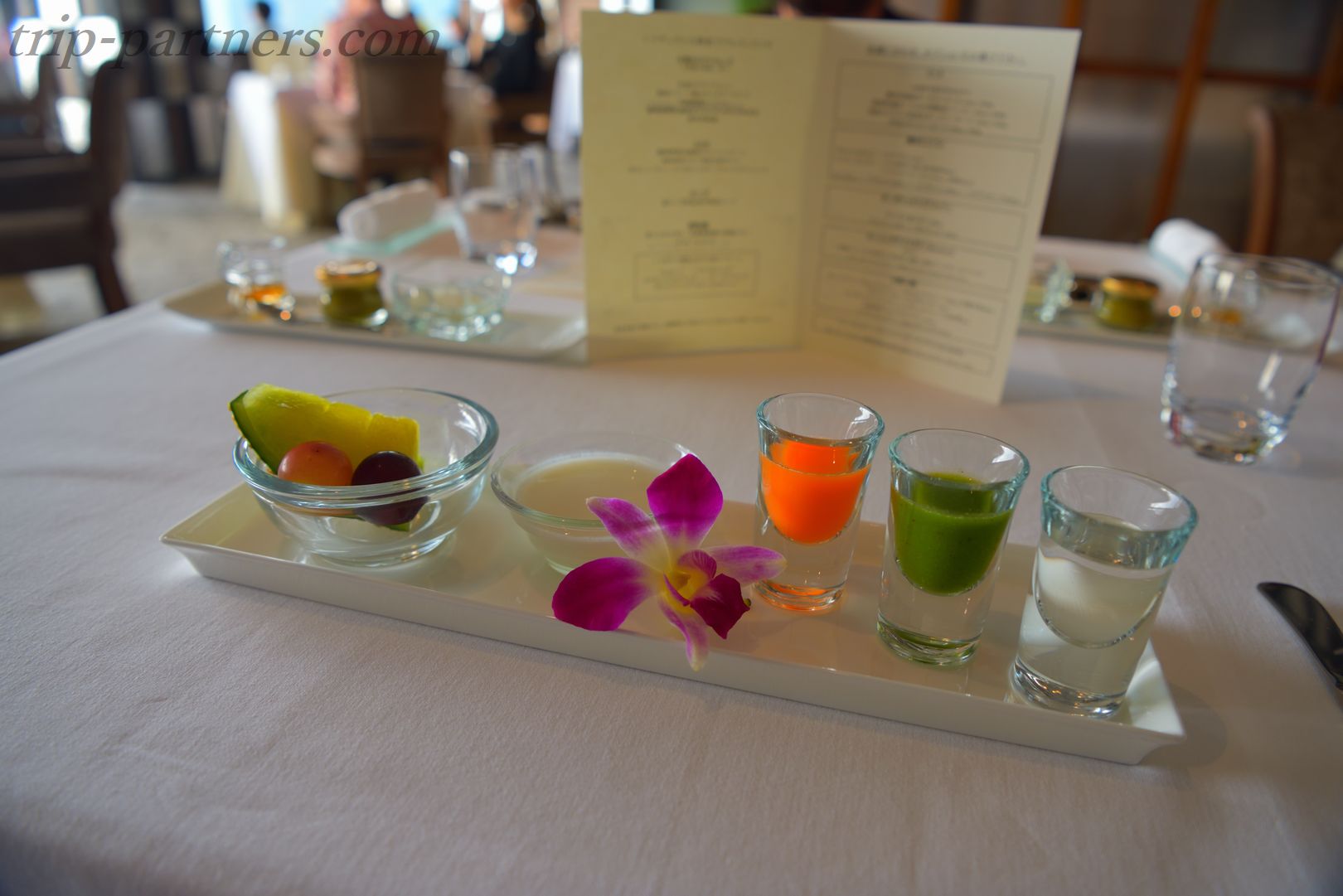 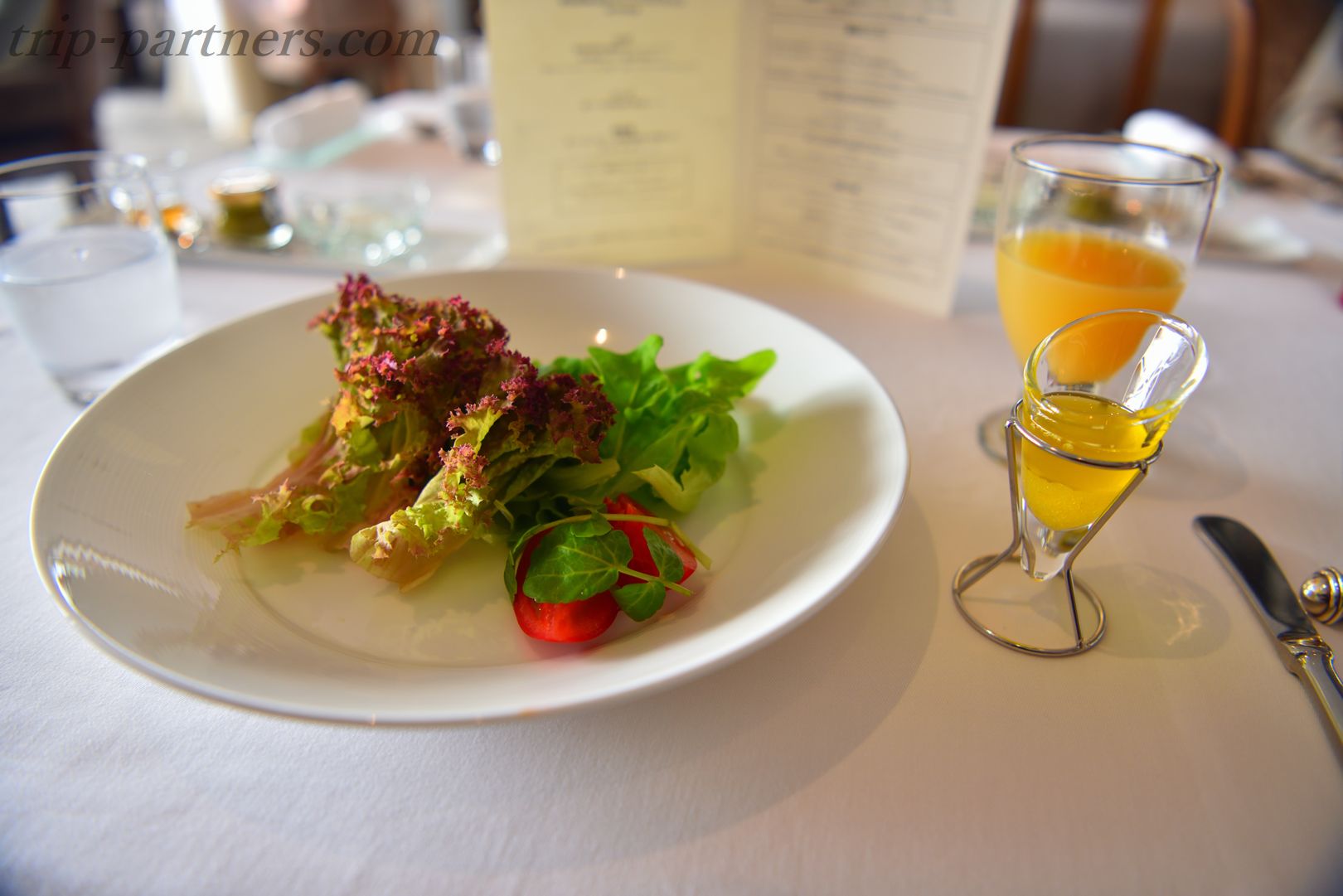 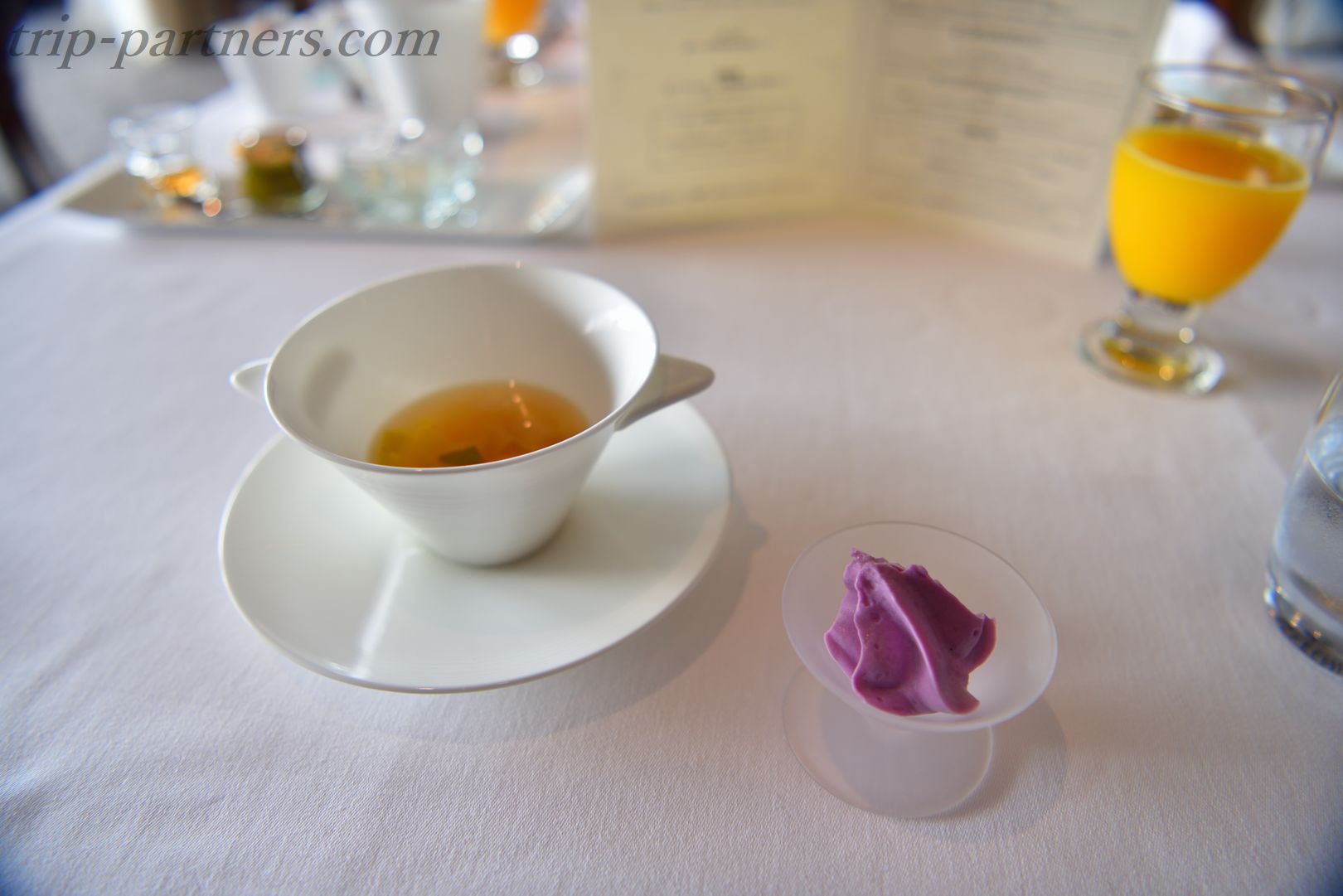 soup。I put purple potatoes in it, stir it and drink it.、I personally recommend having them separately。Because the soup bleeds purple。

Fried egg and sausage、Order bacon。I can't eat that much from the morning, so this is enough。Mushroom sauce is also included。 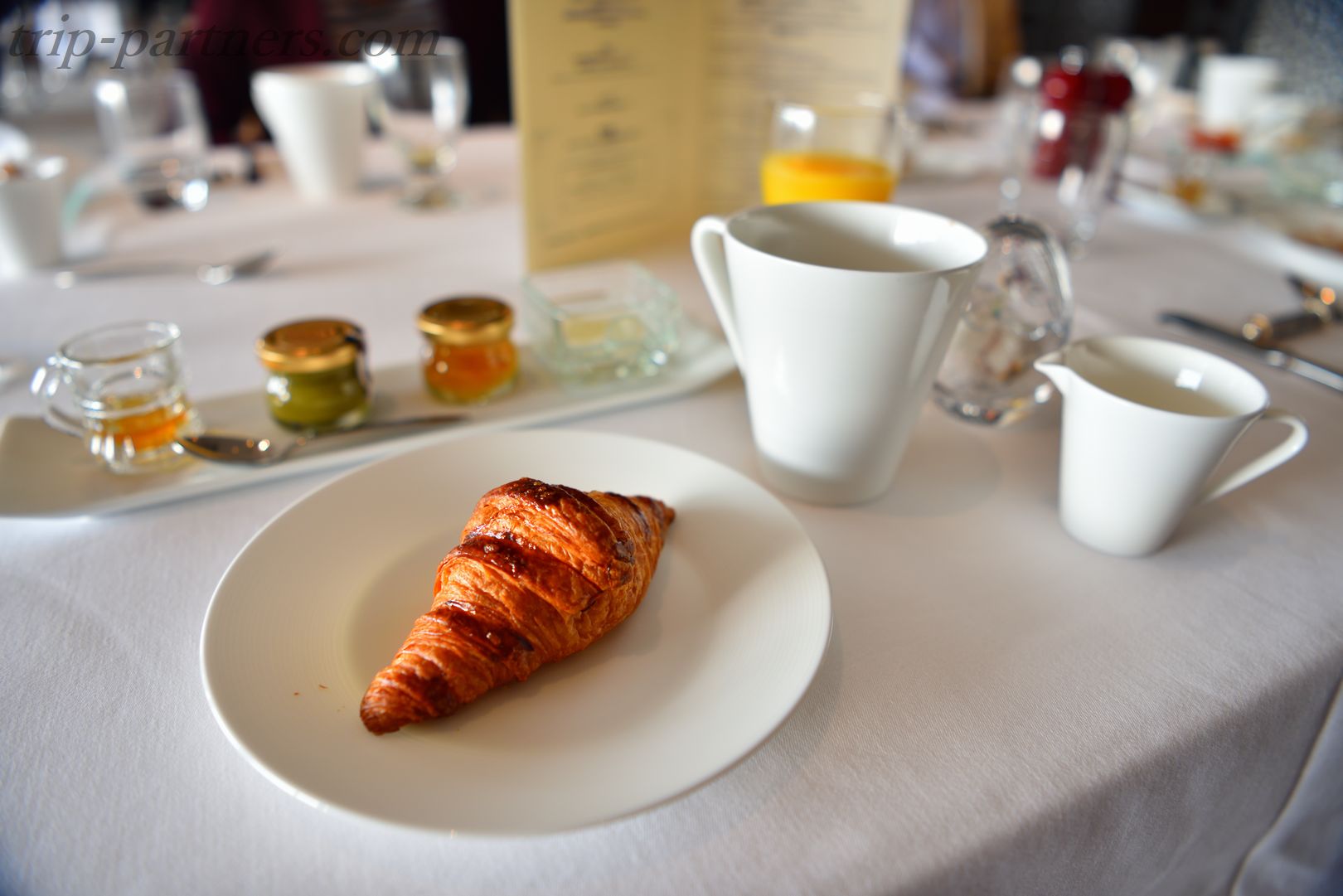 The croissants are also fresh and crispy 🙂 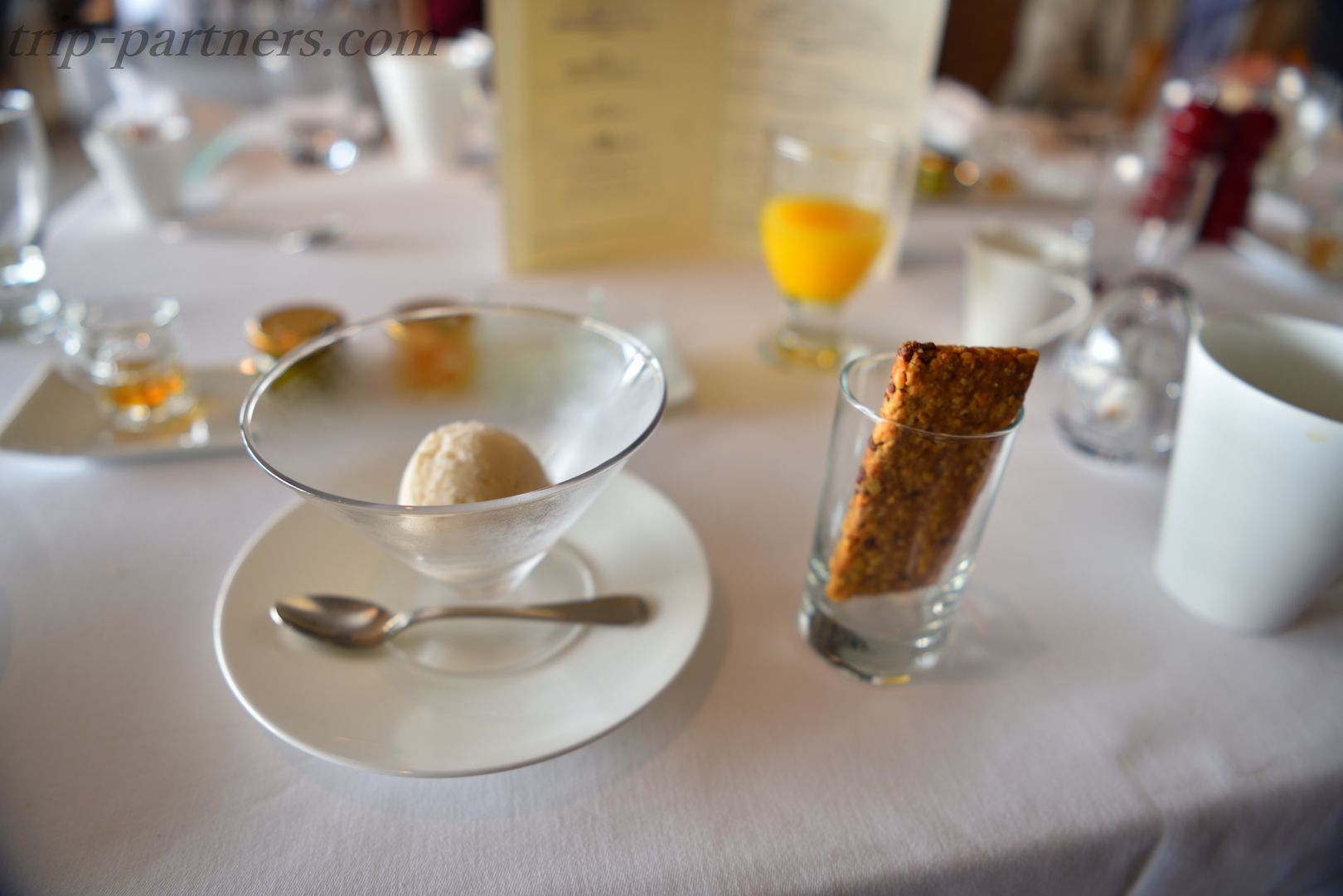 The last is dessert。The ice cream had only coconut flavor for some reason、I would have been happy if they had standard flavors like vanilla and chocolate.。

This concludes the introduction of Hotel Grand Bach Atami Crescendo.。It's a fairly expensive hotel because it costs more than 50,000 per person per night.、There is also a breakfast-only plan, so I think it's relatively easy to visit.。I'm close to my hometown、I will visit again soon!