■ What is the Bolshoi Theater? 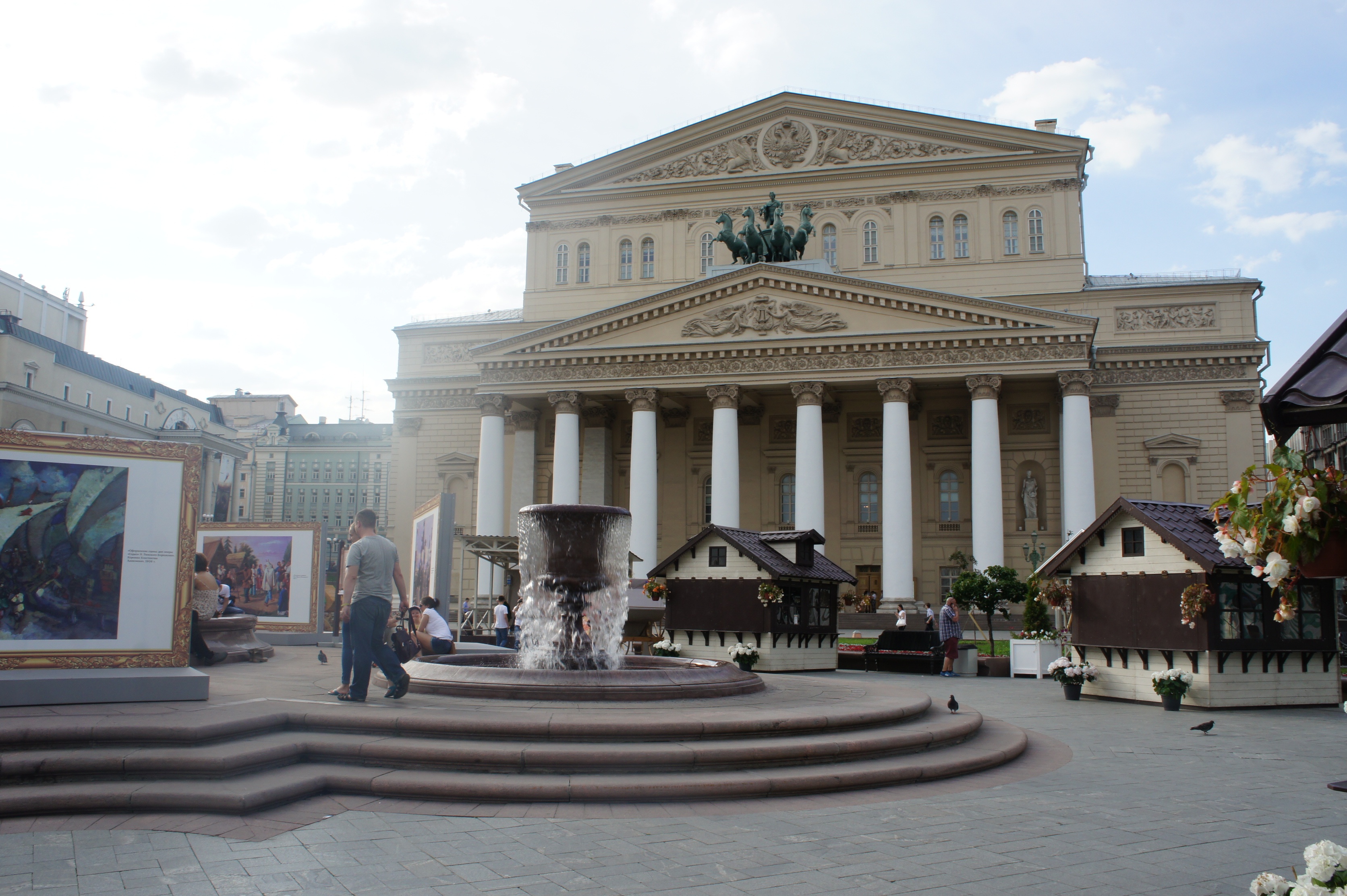 At the world-famous Bolshoi Theater for opera and ballet、Swan Lake and Don Quijote in the past、Cinderella etc. have been performed。if、If you want to see a performance at the theater, we recommend you to make a reservation on the internet.。You can get a ticket by using an e-ticket as well as purchasing it locally.。Previously, popular performances had to be purchased side by side for hours.、Now it's very convenient because you can book online.。

11From time to 17:00。If there is a program, check the time of the program before heading out.。 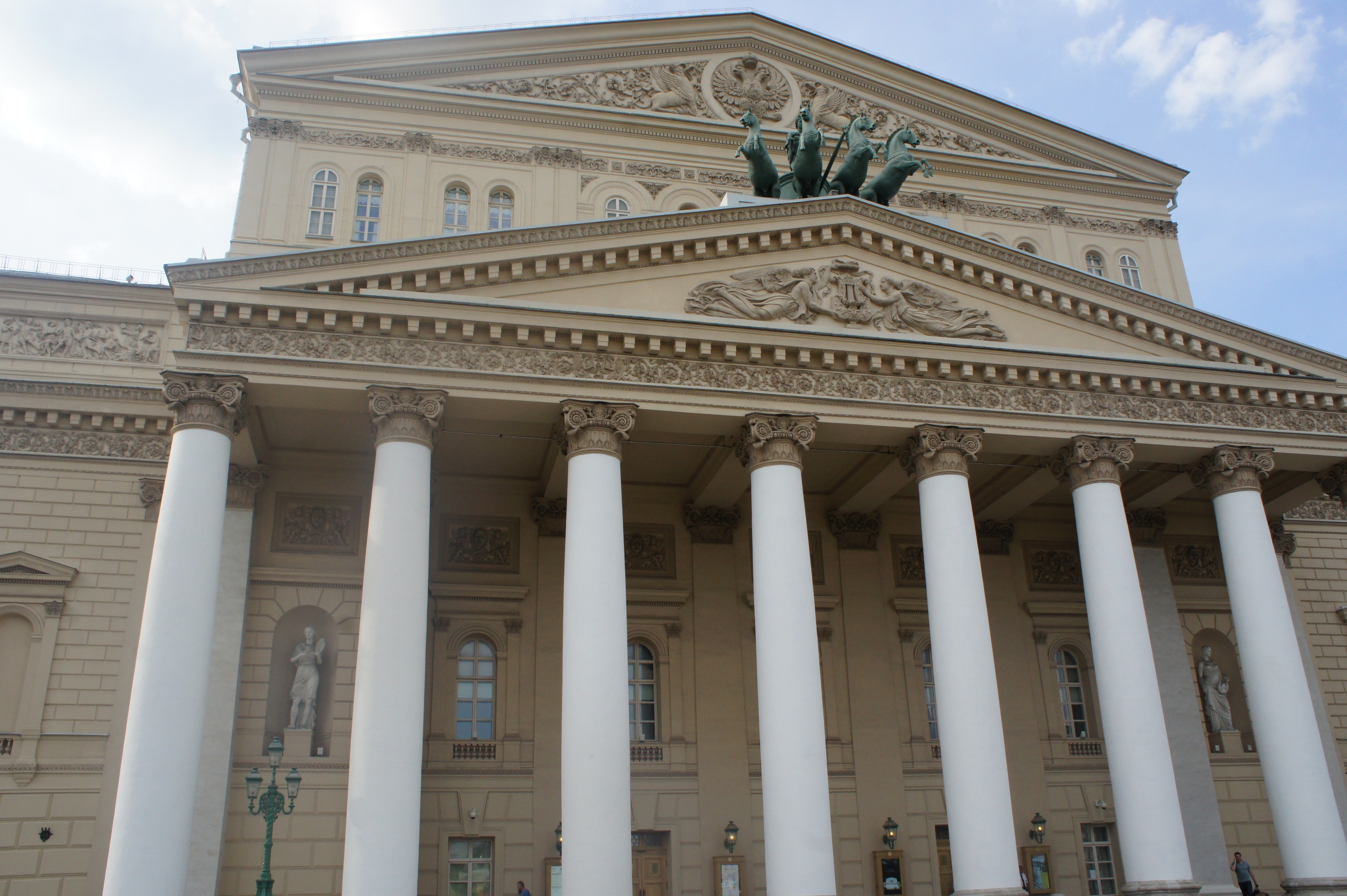 It has a very nice appearance like a temple。It seems that there used to be a mark symbolizing the socialism of "global globe, sickle and hammer" in the part where the relief of the double-headed eagle is.、The symbol of socialism can no longer be seen as the Soviet Union collapsed。 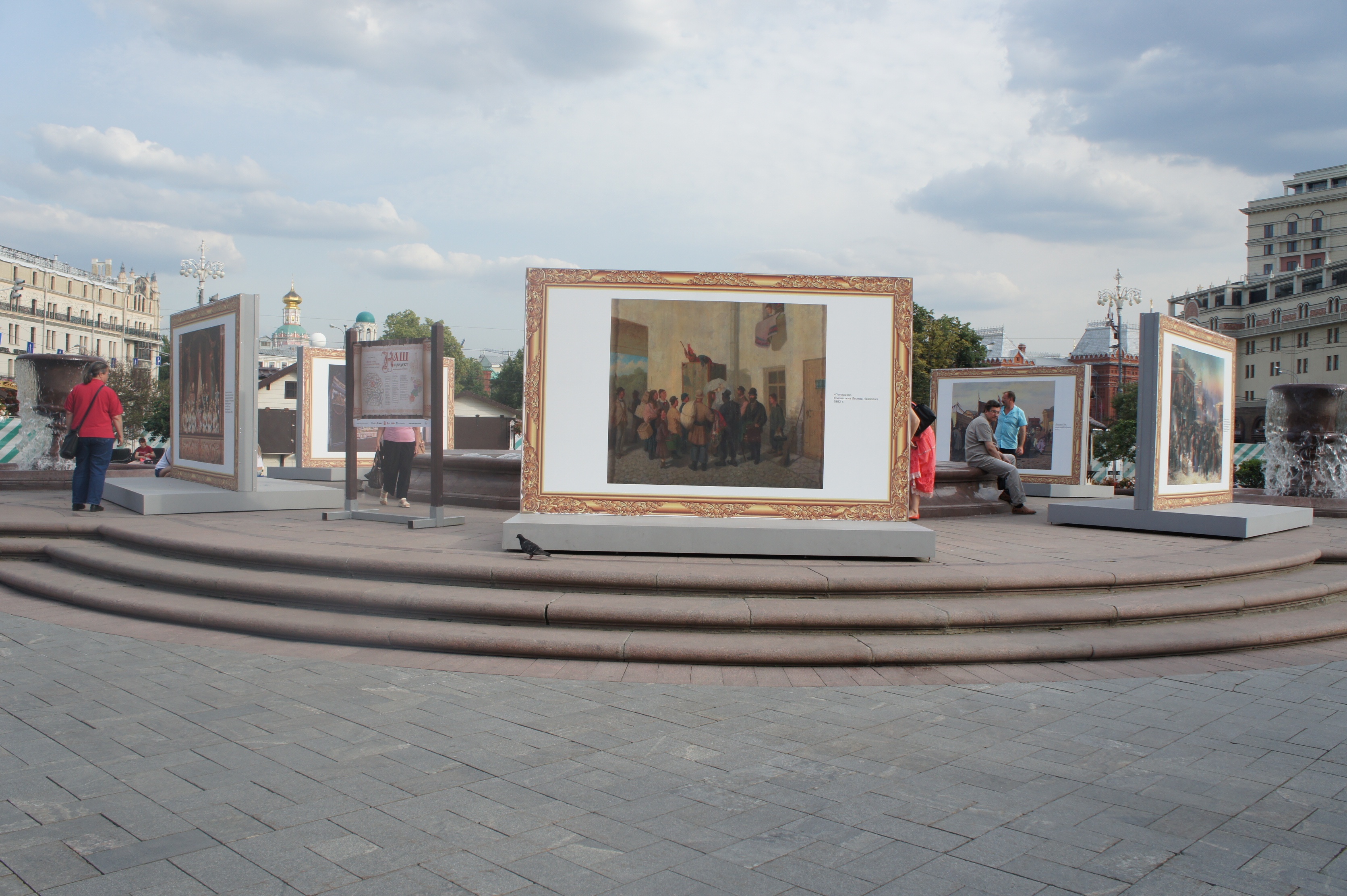 Various events are held in front of the theater。This time there was an exhibition of paintings。A large canvas built around the square complemented the Bolshoi Theater.。