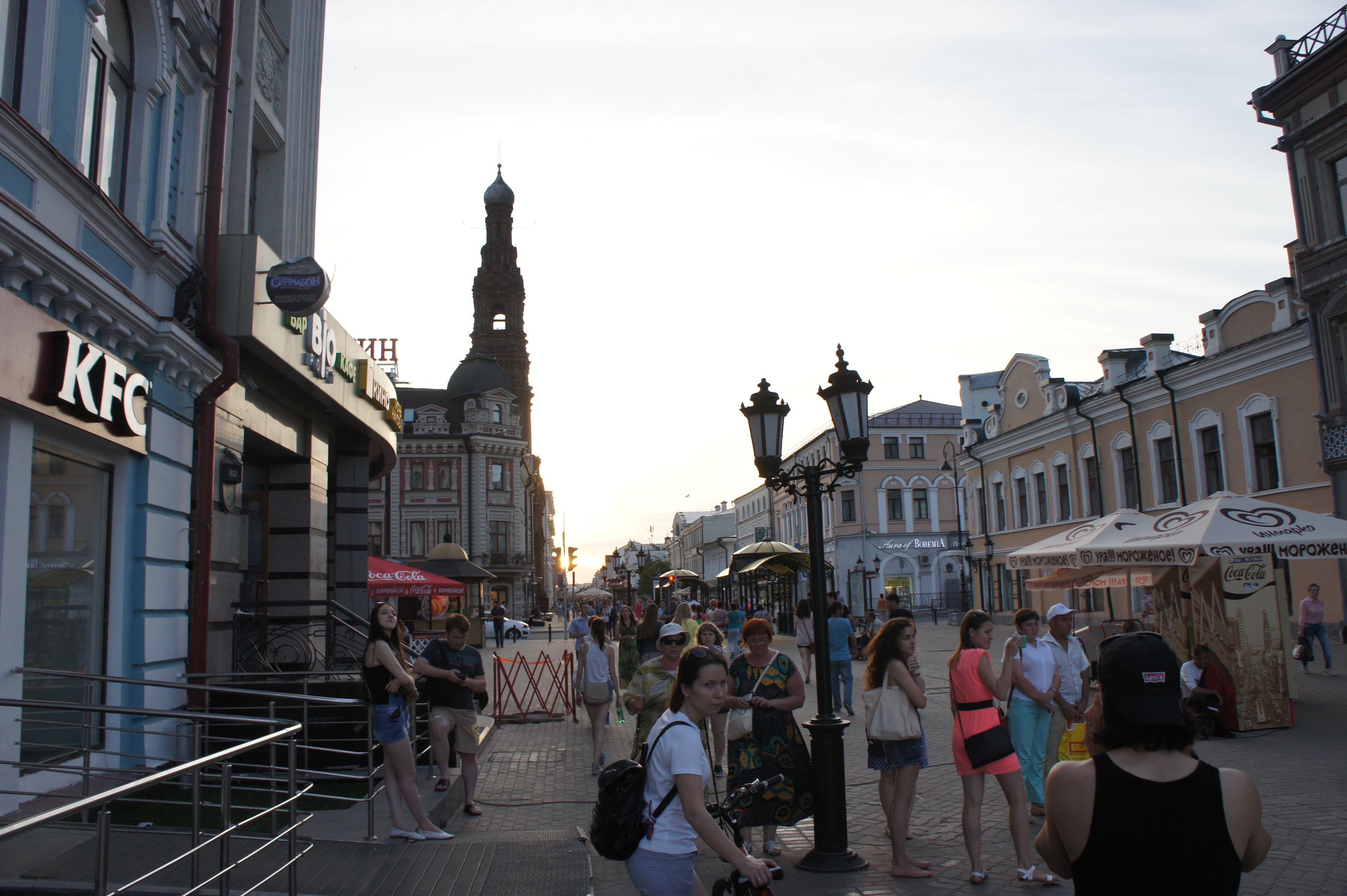 It is the busiest center of Kazan, the capital of the Republic of Tatarstan.。On the side of Baumann Street, which stretches in a straight line from north to south,、Restaurant、Hotel、shops line up。 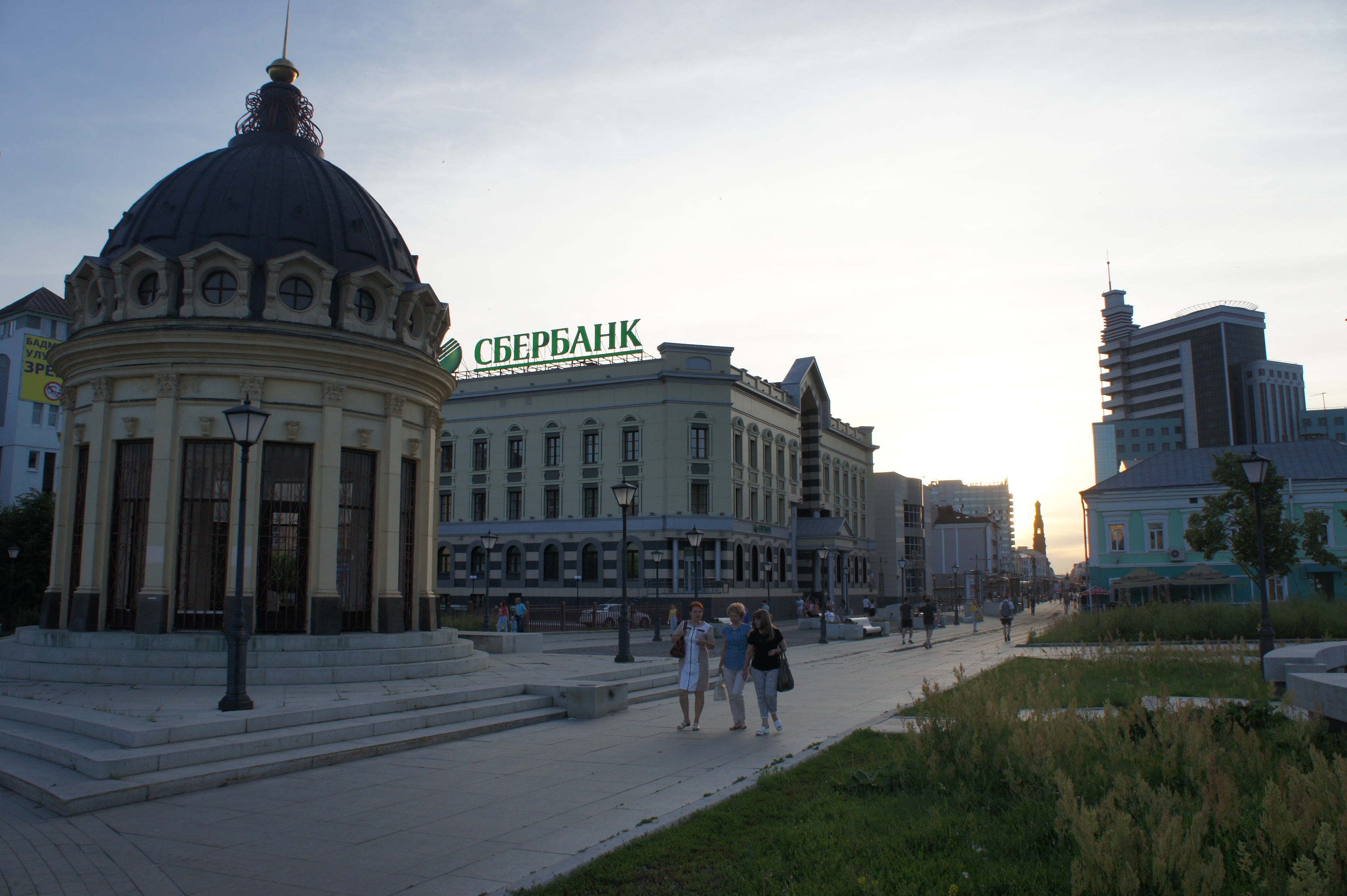 South end of Kazan city center。A small dome-shaped building is uninhabited, not a shop。As you walk north from here, the town will gradually open up.。 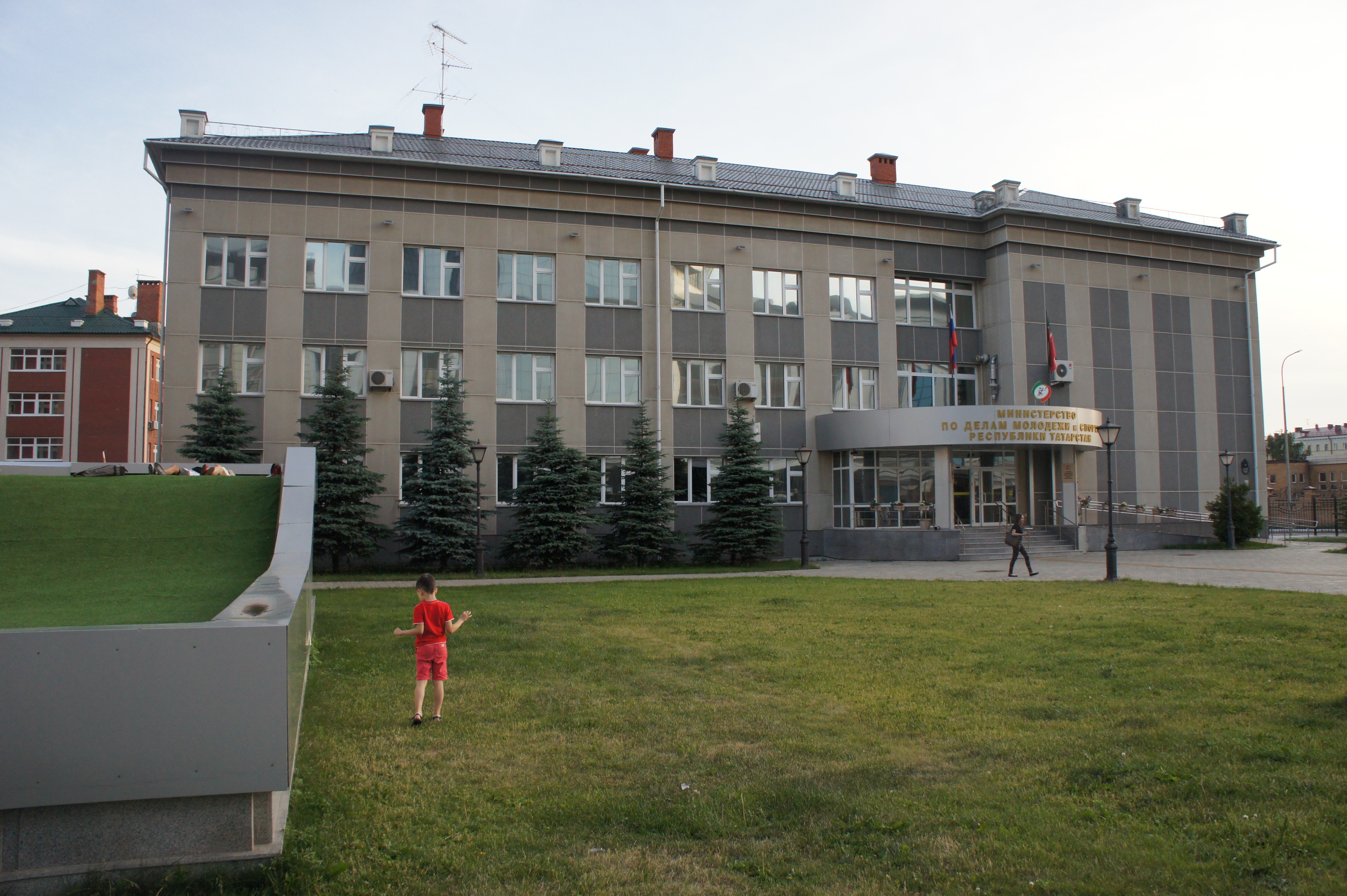 Youth Ministry of the Republic of Tatarstan。It seems to be a national institution that supports the international exchange and development of young people.。There is a square in front of the building、Children are playing balls, etc.。 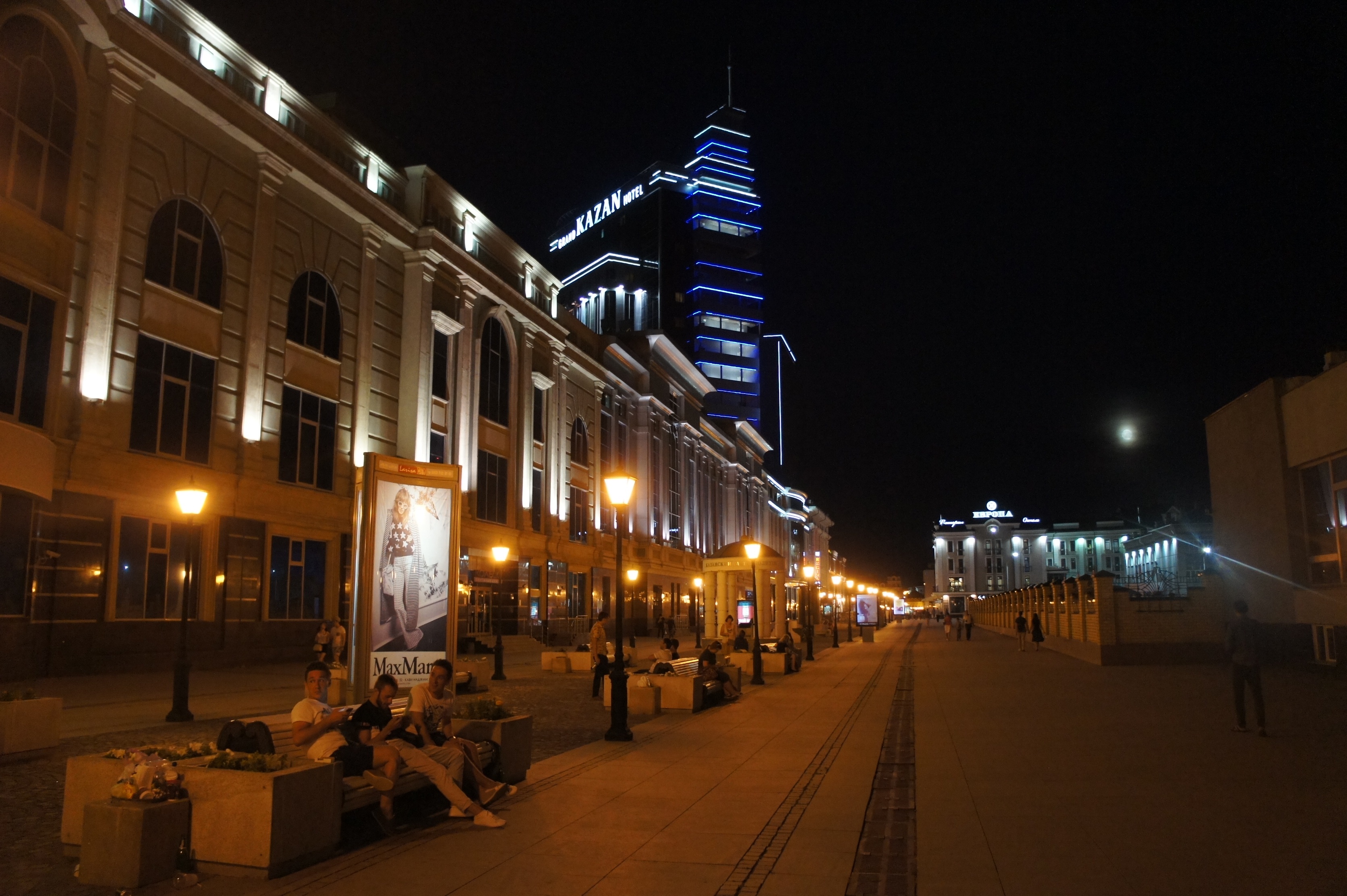 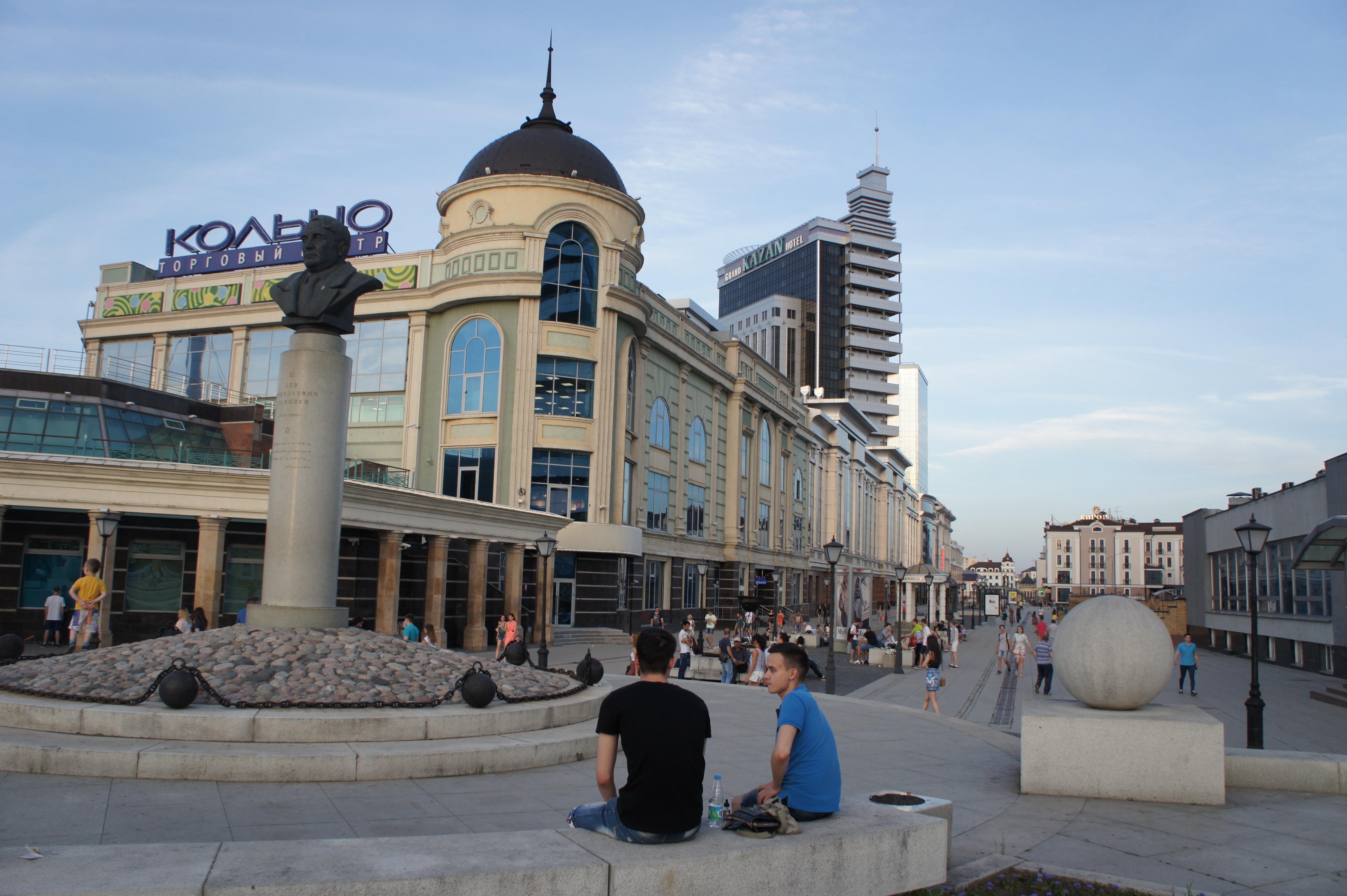 If you go north in the south district, you will come to a main street.、Nearby is Tukai Square.。Russia has bronze statues all over town。There is space to sit around、many people are relaxing。

Kazan Hotel can be seen at the top of the screen.。the entrance to the subway、It's right next to the Kazan Hotel.、Also near the statue。 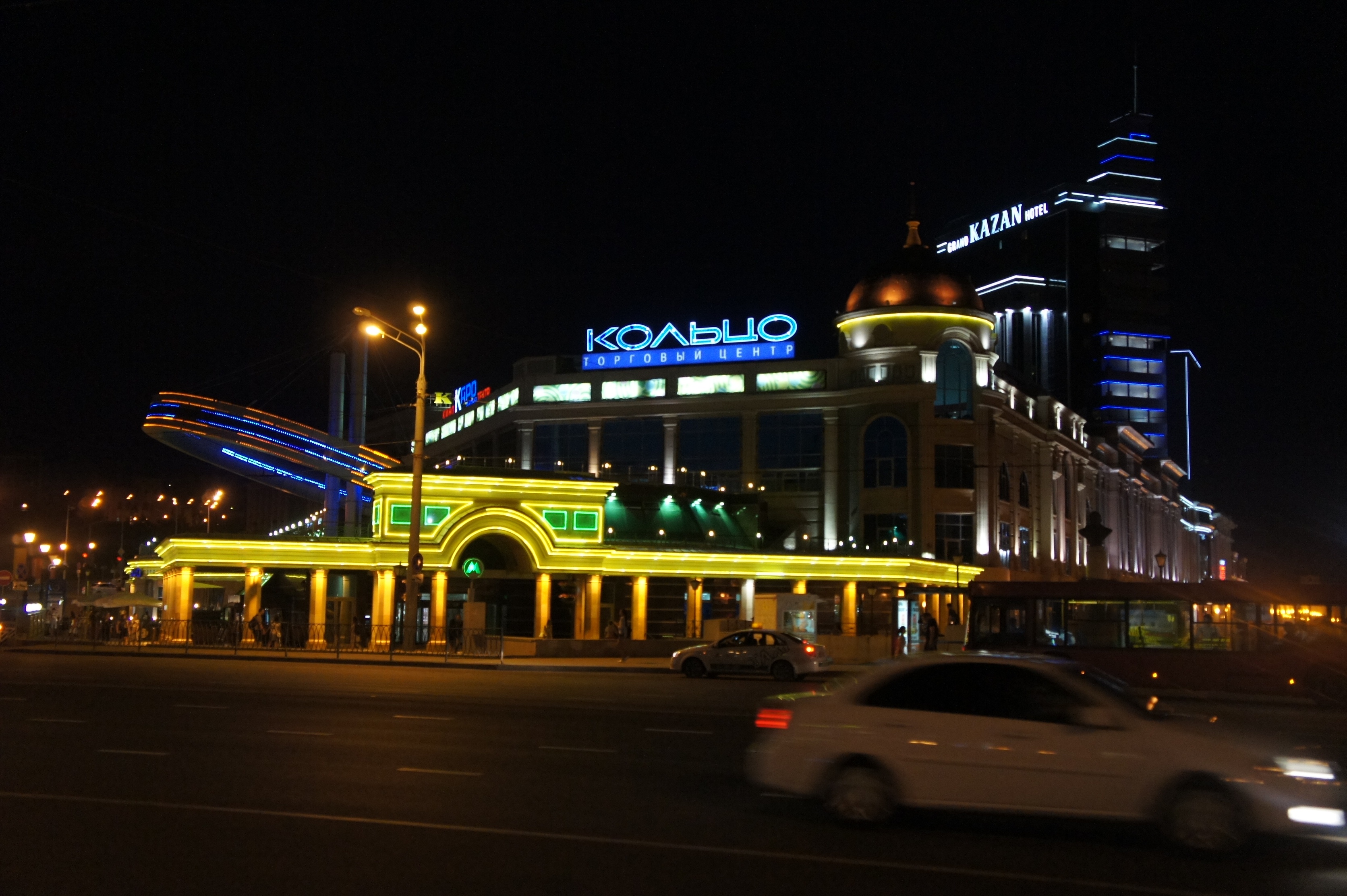 Tsukai Square is lit up colorfully。Coupled with the Kazan Hotel in the back、There is a luxurious atmosphere.。 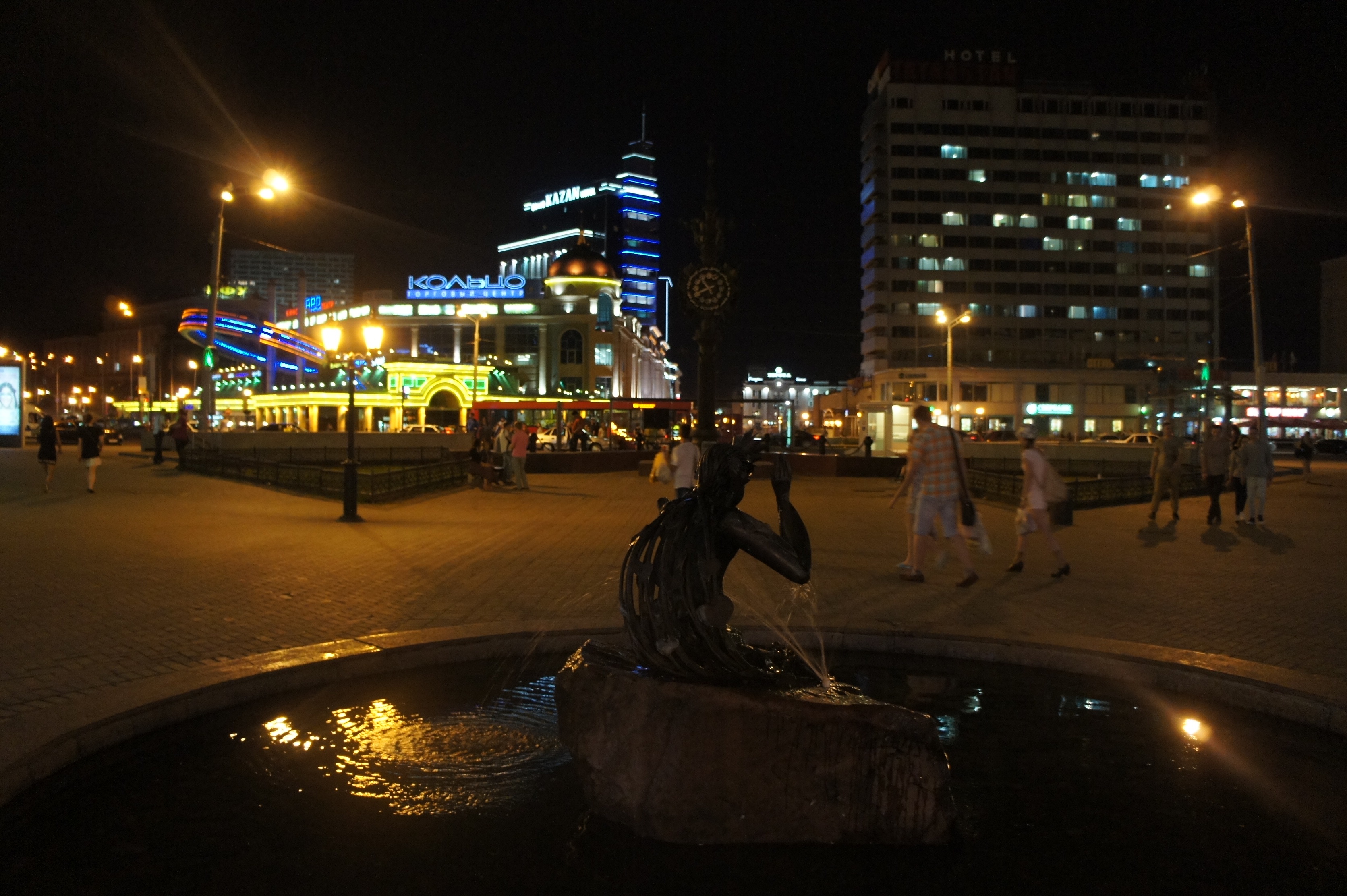 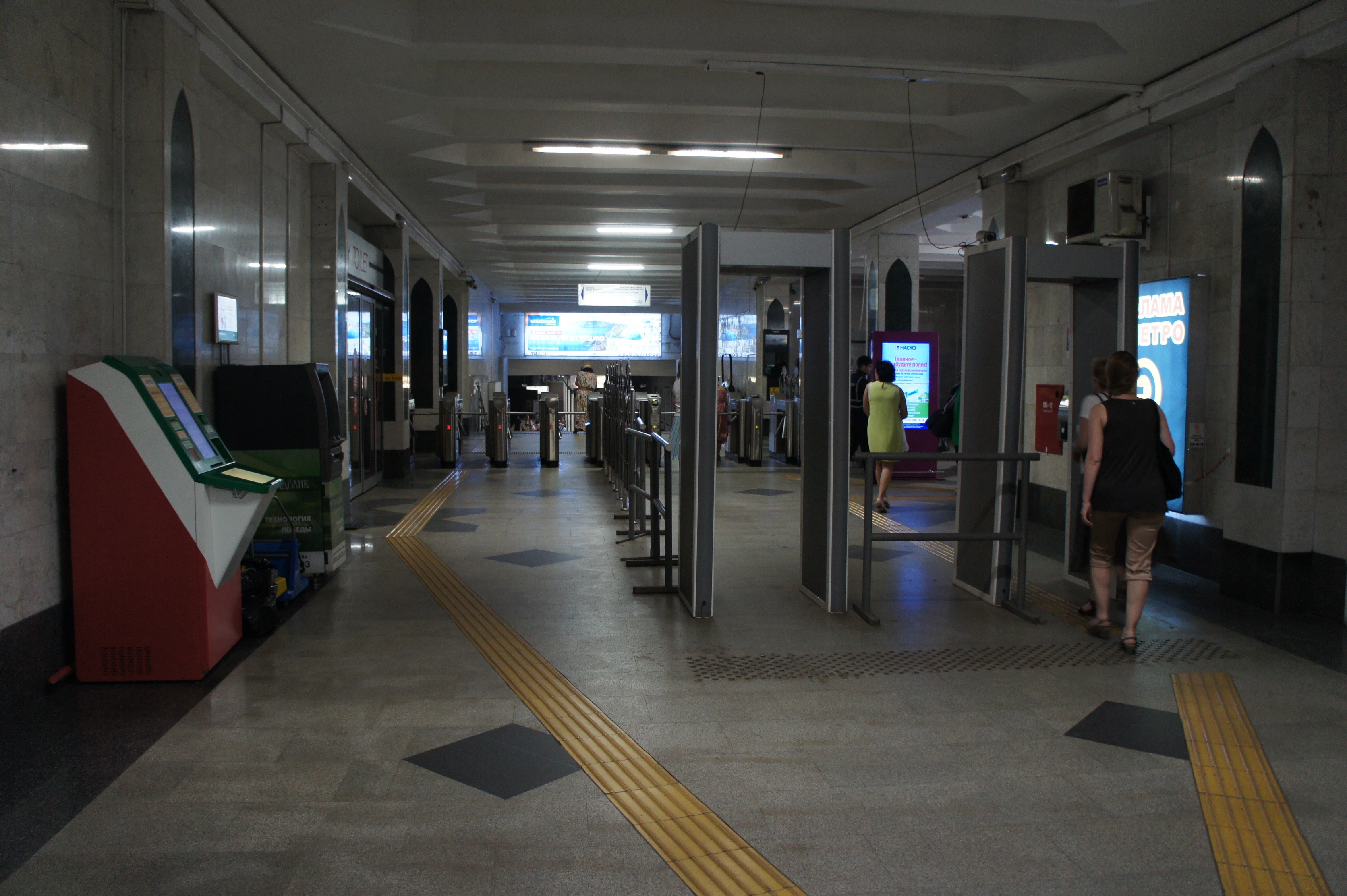 It is the entrance of the subway。Go through the gate and buy a ticket inside。Because Kazan's subway is very cheap at about 50 yen、If you are in a hurry, it is better to use it aggressively。In front of the escalator that goes down to the basement, the station staff is watching with a stern look.。

Baumann street、It is the busiest district of Kazan.。15On a historic street that has existed since the century、It connects the foot of the Kazan Kremlin to Tukai Square in a straight line.。It was around 1930 that the current name Baumannstrasse was given.。 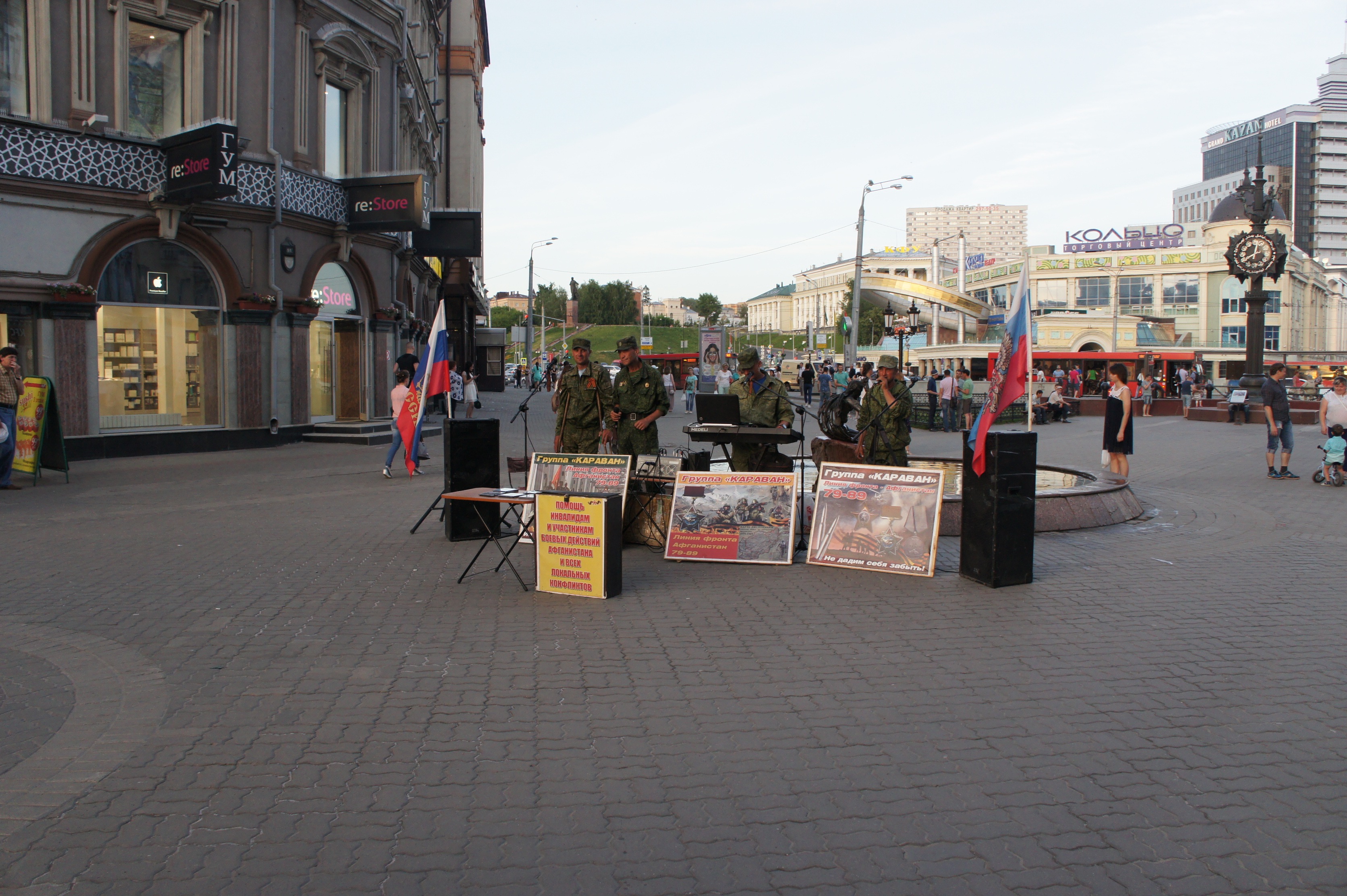 A musical group in military uniform。there weren't many people。 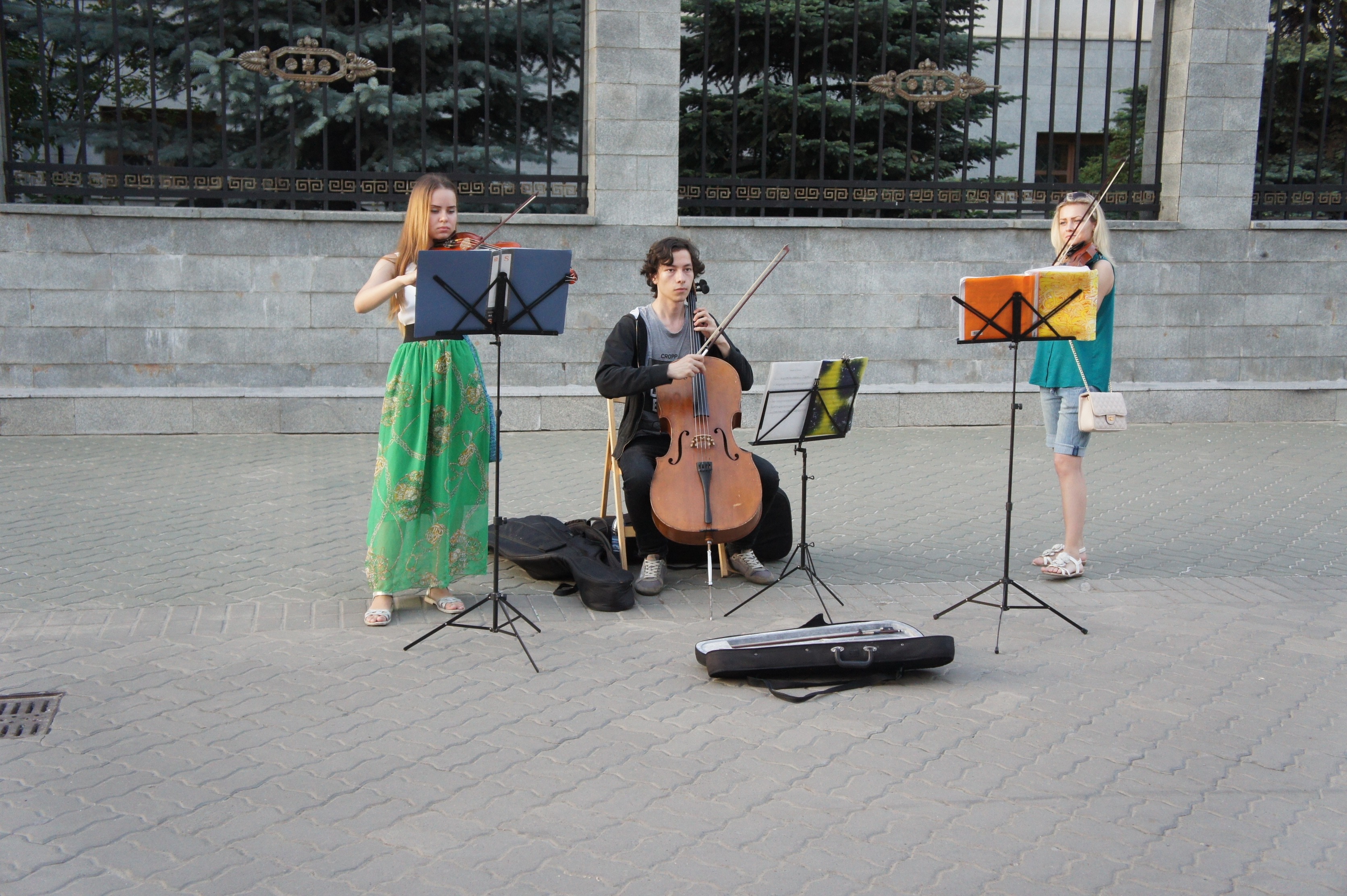 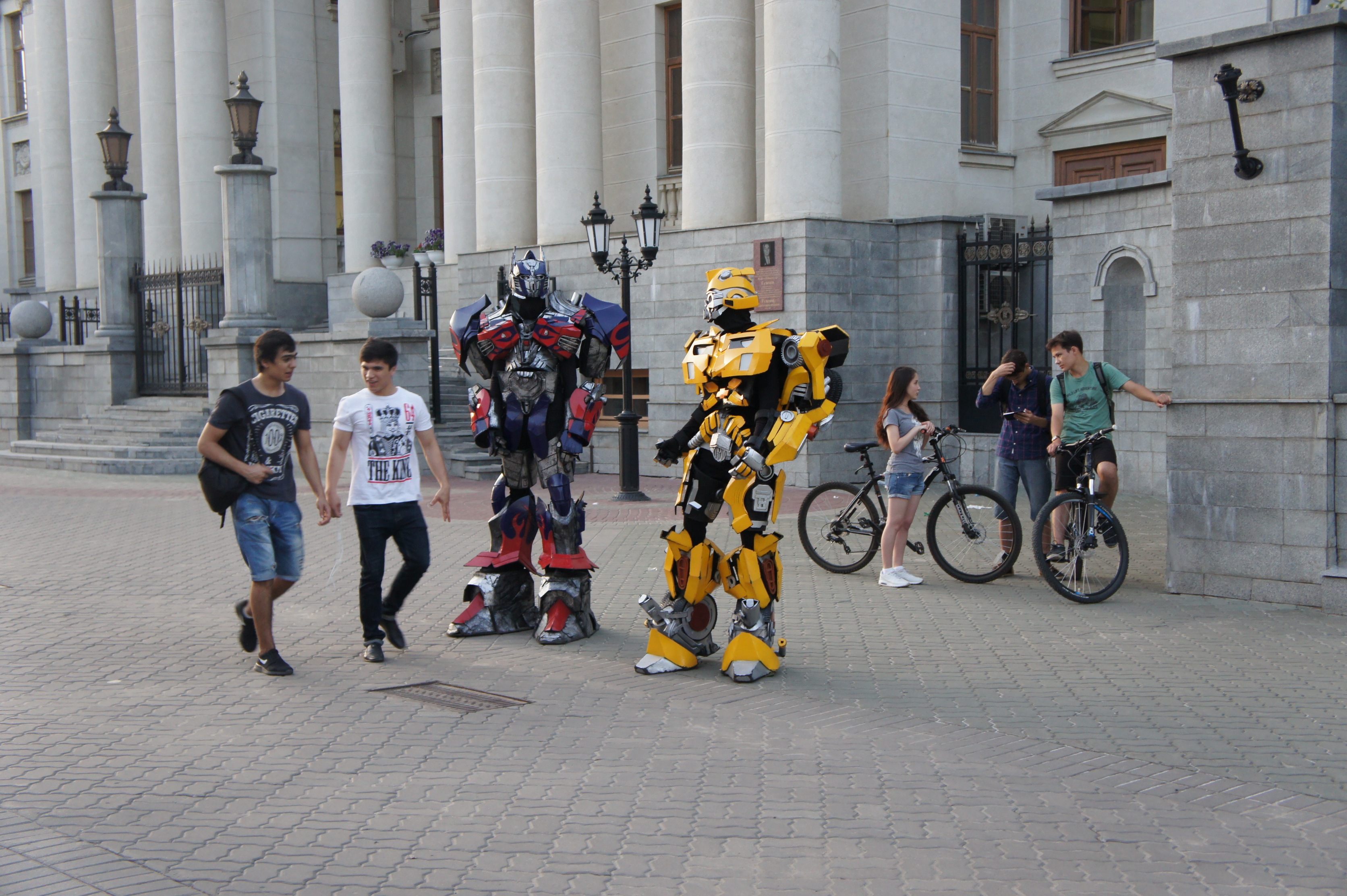 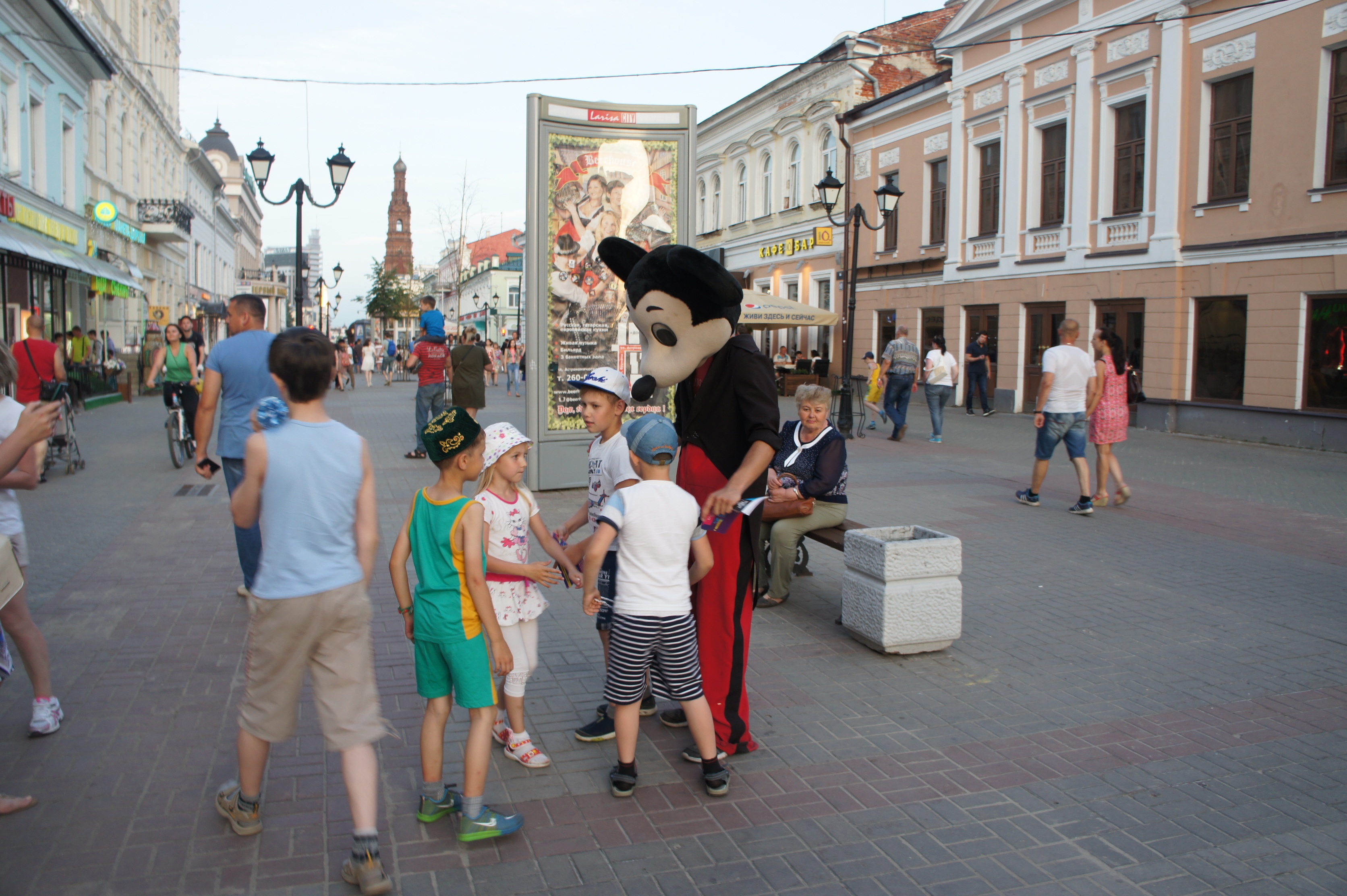 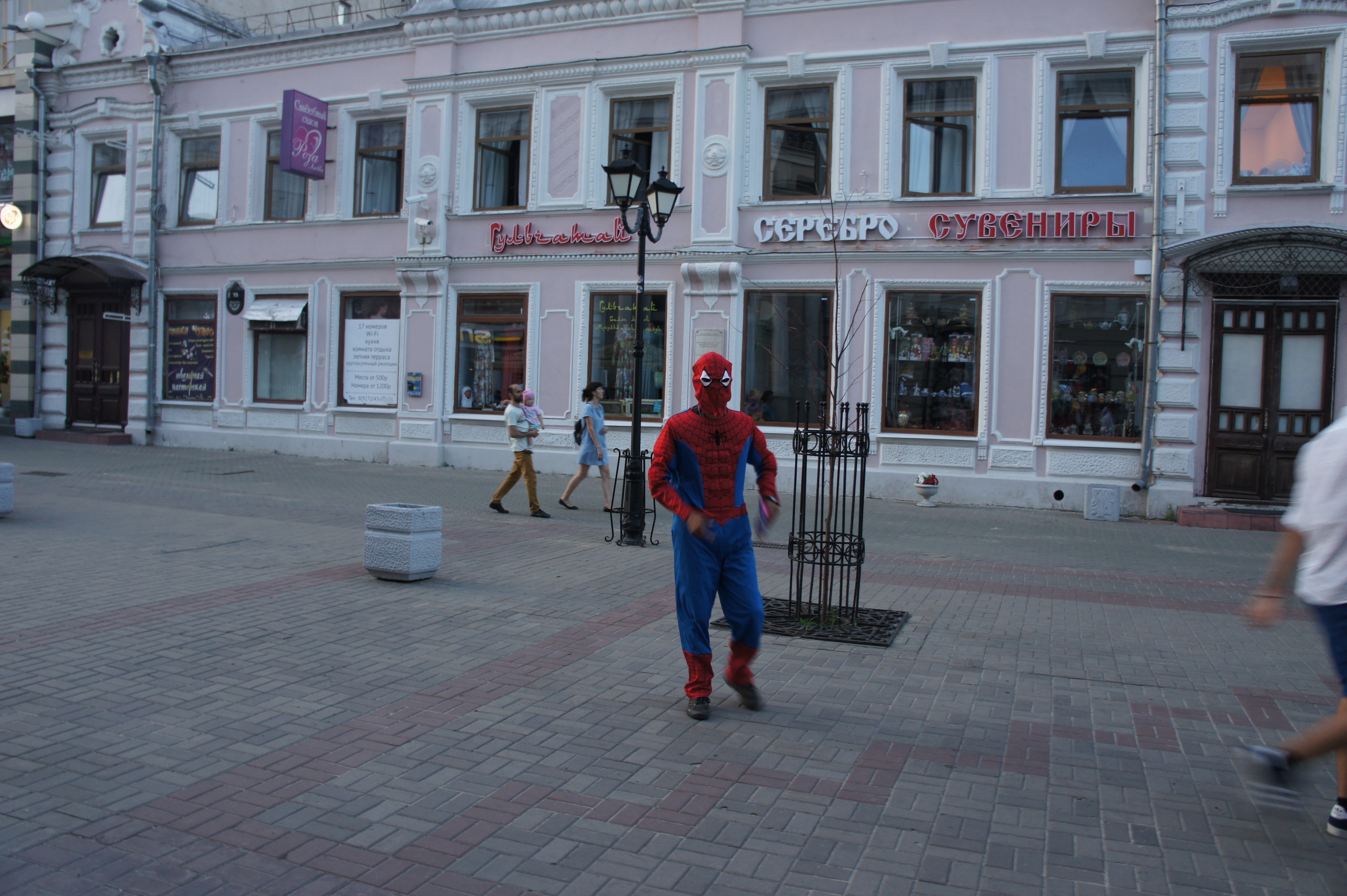 it's spiderman。When I turned the camera, it came closer to me。Also、The souvenir shop can be seen in the background。I bought it all at once because I can use my credit card.。 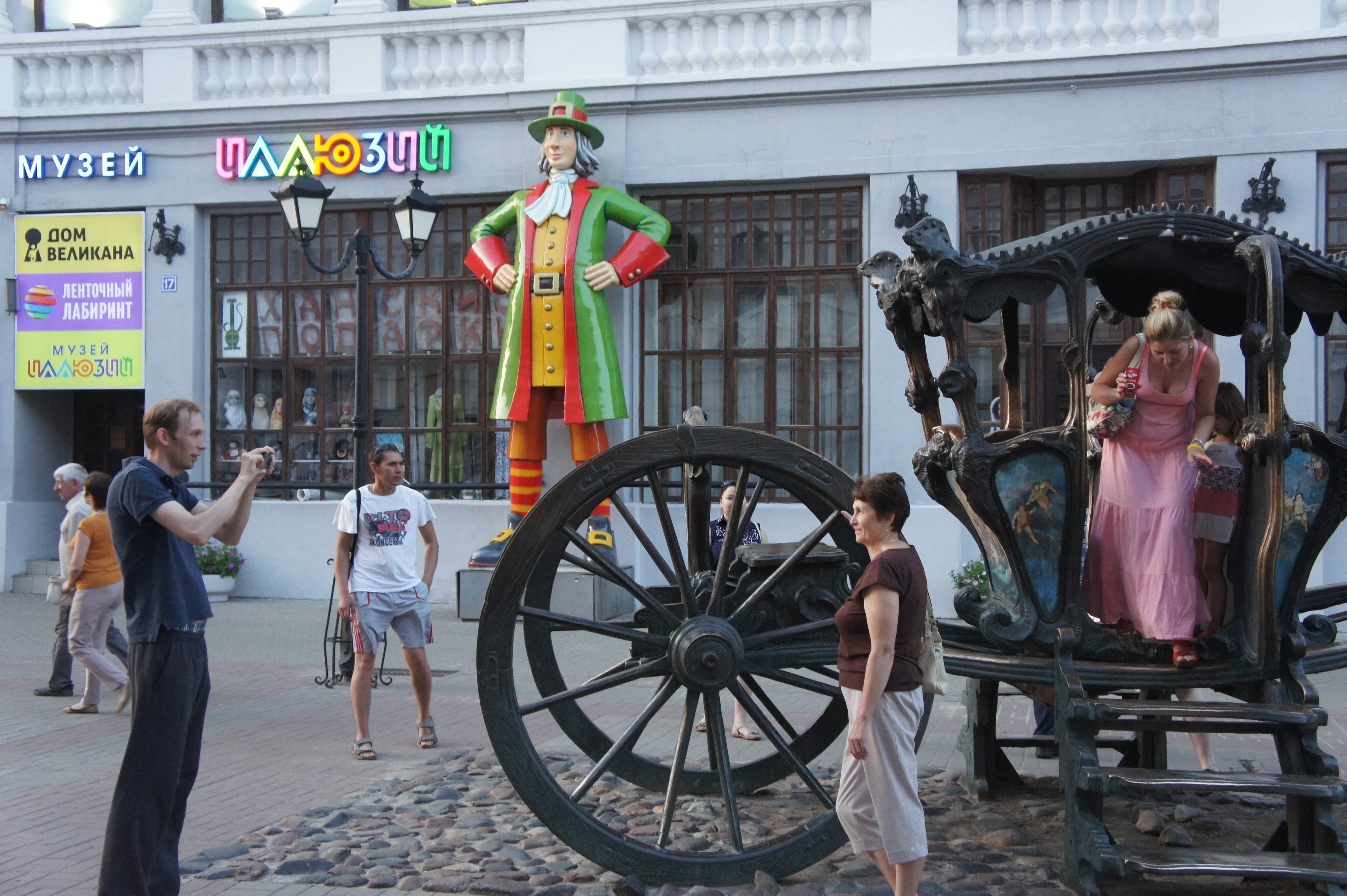 in front of the museum。big doll stands out。An entertainment bus was passing right in front of it.。 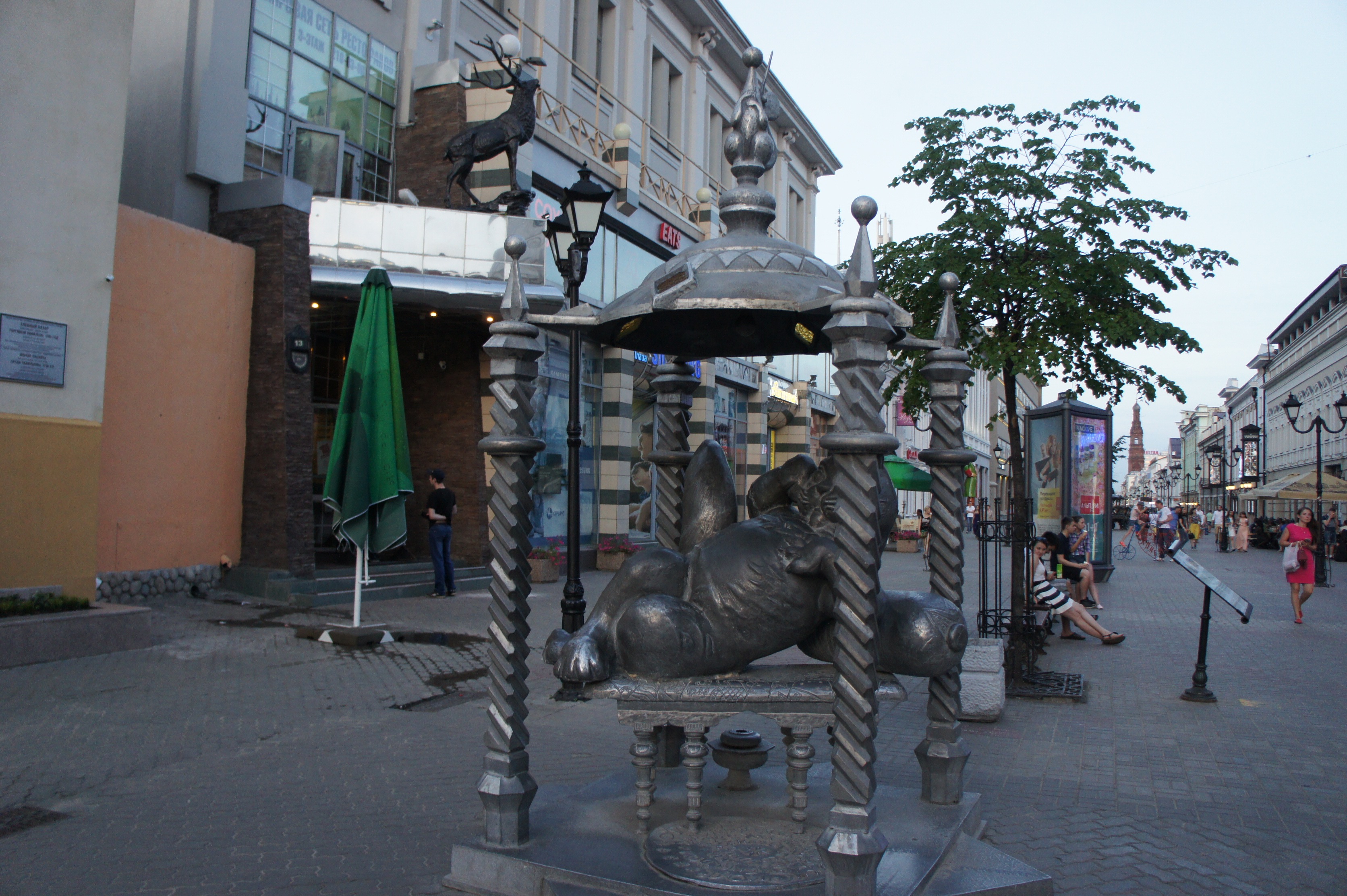 Kazan's symbol cat。The name is "Kazan Cat" as it is。many people、I was stroking the belly of the cat statue。Kazan Cat is、It is also a symbol of reproduction, so it may be auspicious for women who want to be blessed with children.。 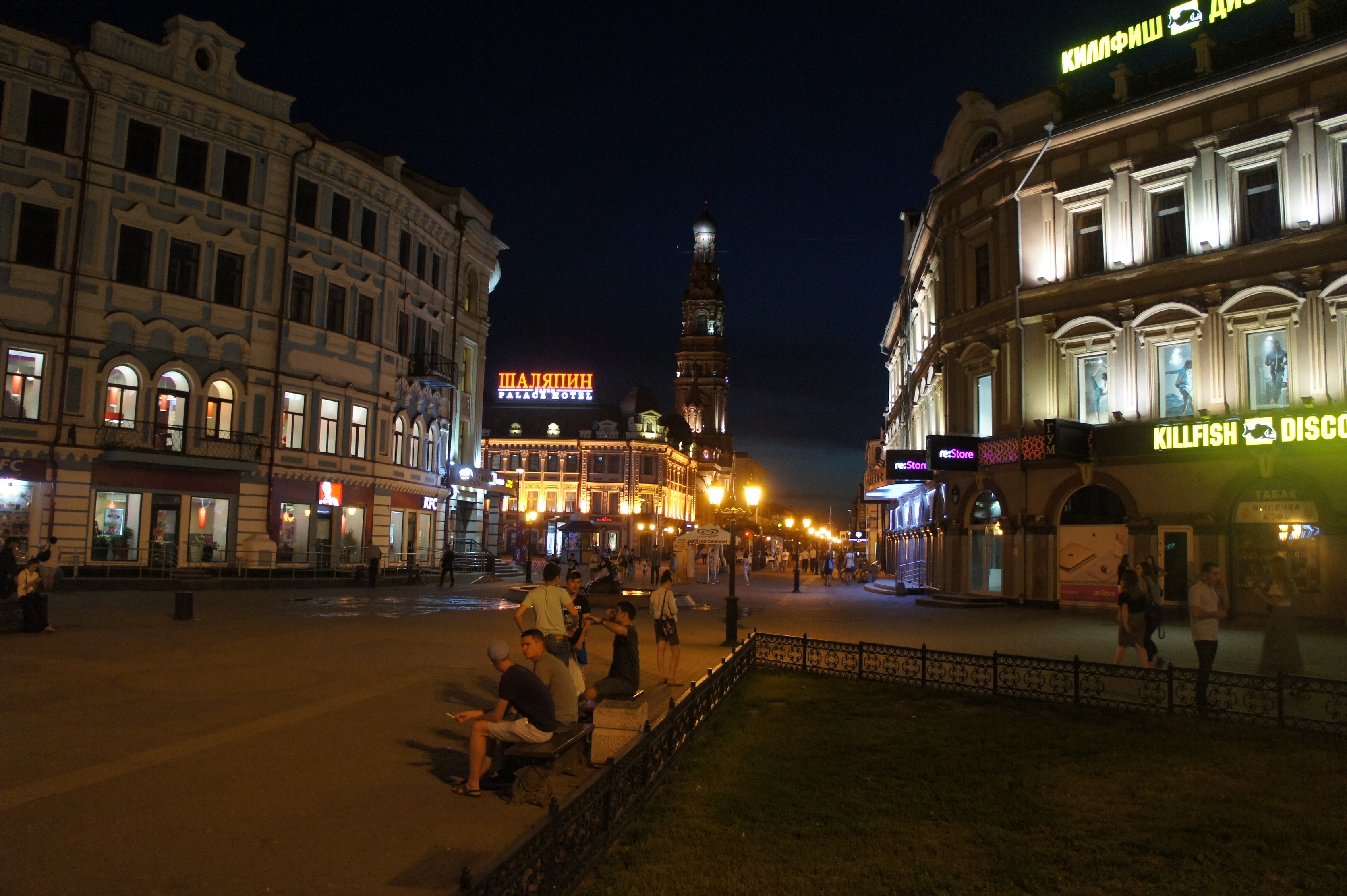 It's night on Baumann Street。Most restaurants are full。Even though it's past 10pm, it's still lively.。 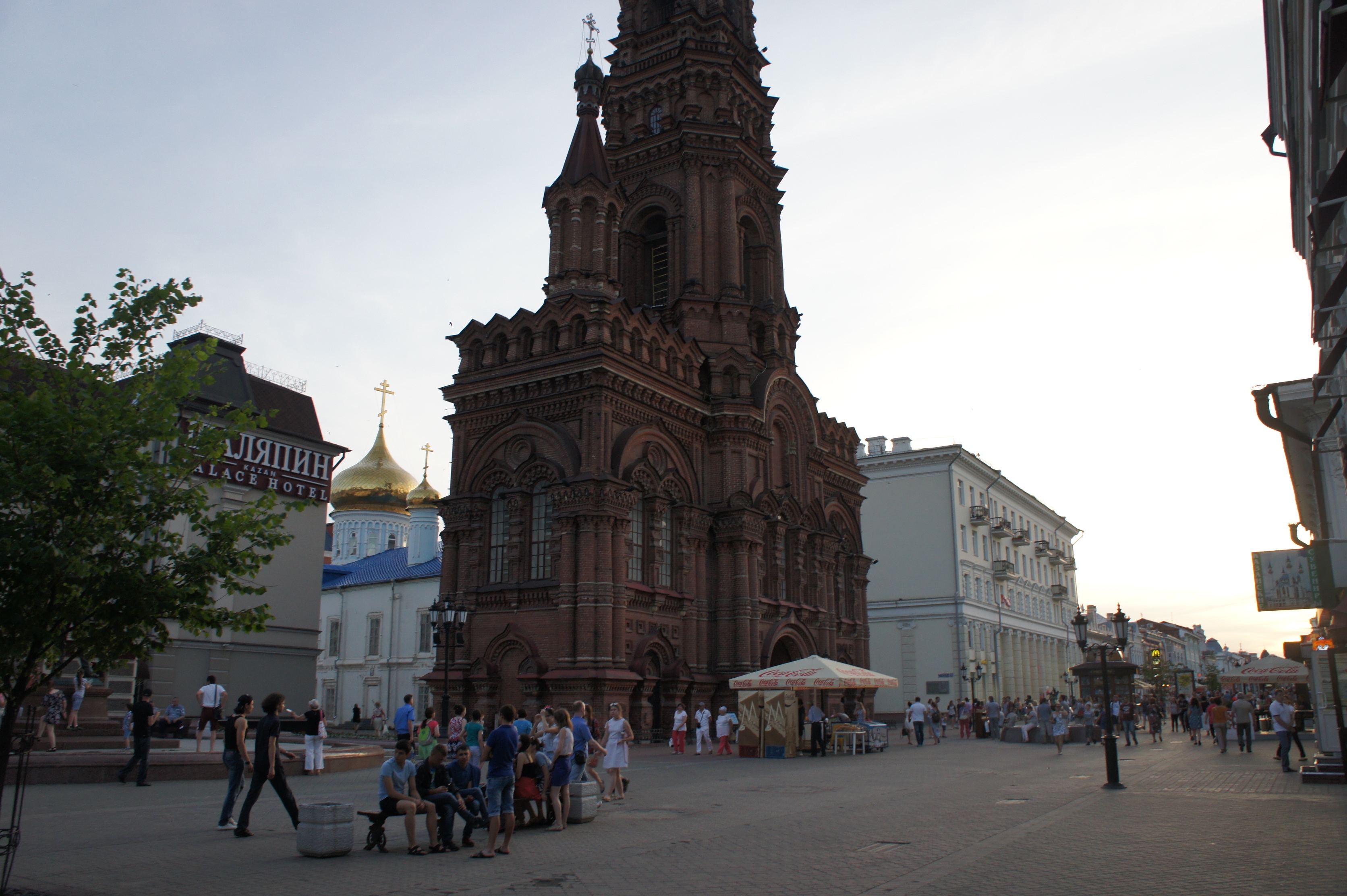 The Epiphany Church is the most prominent building in the center of Kazan.。at a height of 63m、The tallest building in Kazan。1700Built in the mid-1900s。The statue standing next to the church is Chaliapin, a famous singer from Kazan.。